Testimony of Traces
To photographer Tom Hegen, aerial photography conveys more than just a pretty scenery. Besides being a photographer, he is a researcher who ceaselessly studies the natural environment. In his images lies the Earth deformed by human hands.
Bright, vibrant colors of pink, orange, and mint filling spaces divided by a straight grid. These photos, seemingly of Mondrian style or abstract art of the 20th century, are part of the Salt Series taken from the sky by photographer Tom Hegen based in Munich, Germany. Known for his ingenuity of creating an abstract image from a familiar place, Hegen received the DJI Drone Photography Award in 2017 with this aerial photography project. Having studied Communication Design in Germany and England, Hegen began taking aerial photos in 2014, using a self-built Quadrocopter. (Currently he uses various aero vehicles such as hot air balloon, helicopter, and airplanes along with Quadrocopters.) His images seem to capture the most beautiful spots on Earth. However, his real focus is on delivering a somber message hidden behind the pleasing landscape. Hegen’s aerial photos are a grave testimony to issues facing our natural environment. Through his projects, Hegen studies the impact of human on Earth. That is why the traces of human he photographs from above require deep thinking. 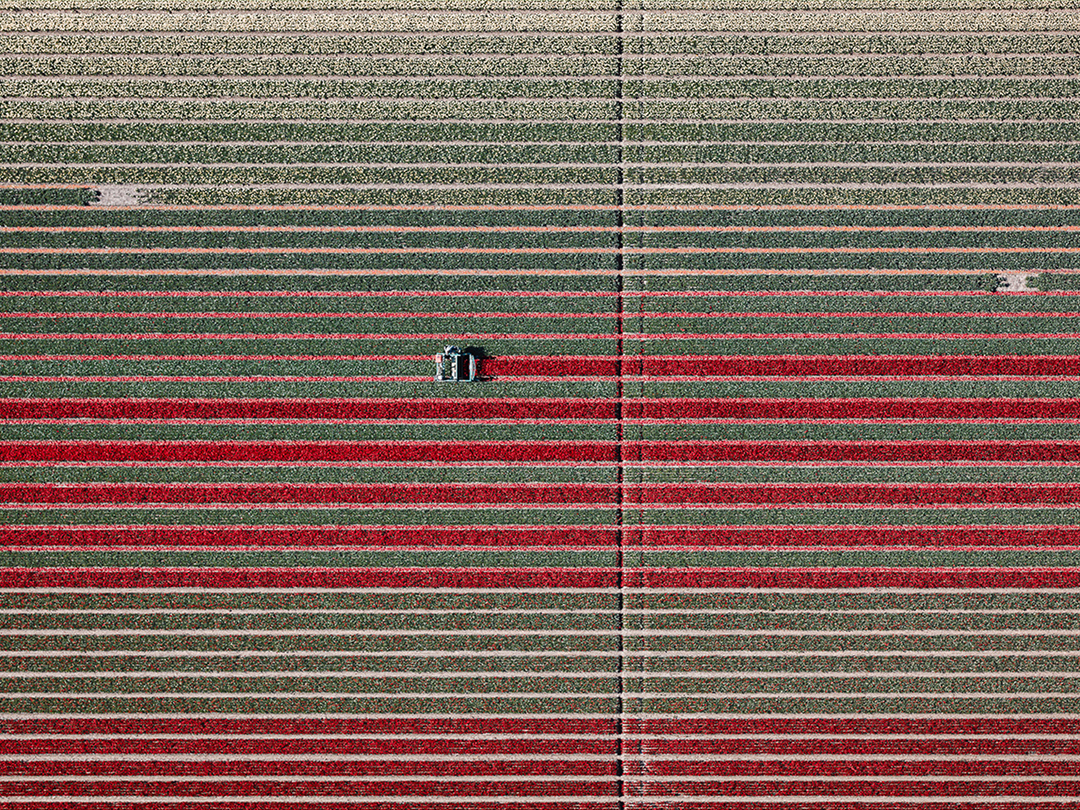 “I see myself as a frame builder,
who frames the canvas Earth, we are painting on.”
Photographer Tom Hegen 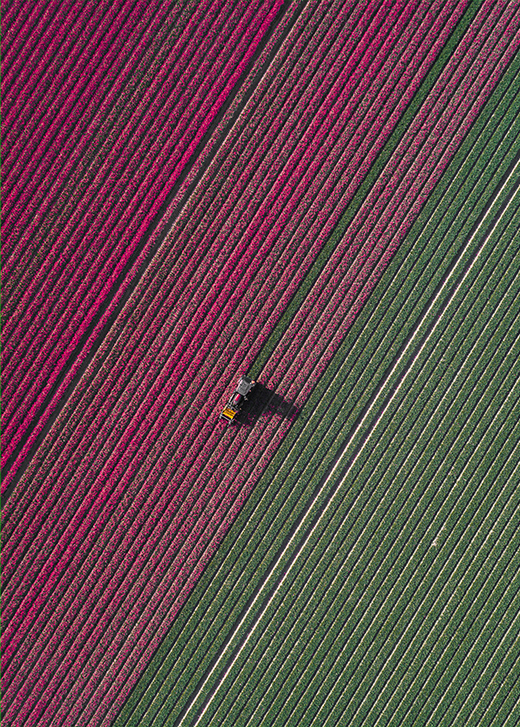 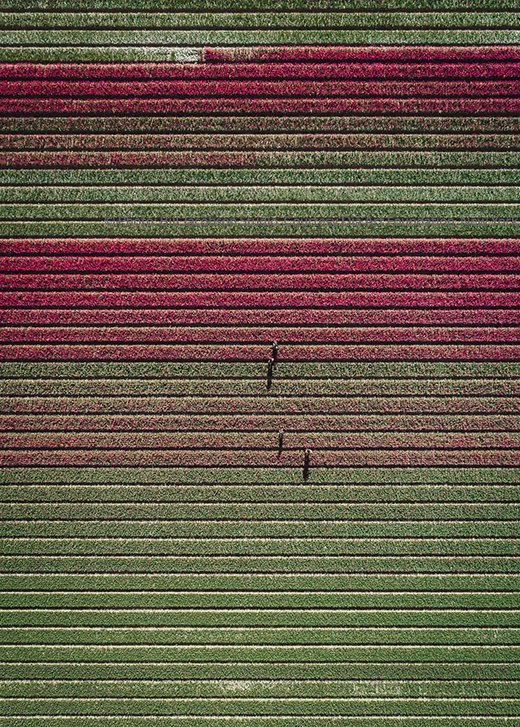 Q. What is the story you want to tell through aerial photography?
A. Since the Neolithic Revolution of about 10,000 years ago, mankind has increasingly distanced itself from nature. I show the traces that man leaves on his earth and thereby create an awareness for the way man deals with his environment. I always try to focus on landscapes that show the impact of human presence on Earth and on how we claim our environment in order to meet our needs. I see myself as a frame builder, who frames the canvas Earth, we are painting on. 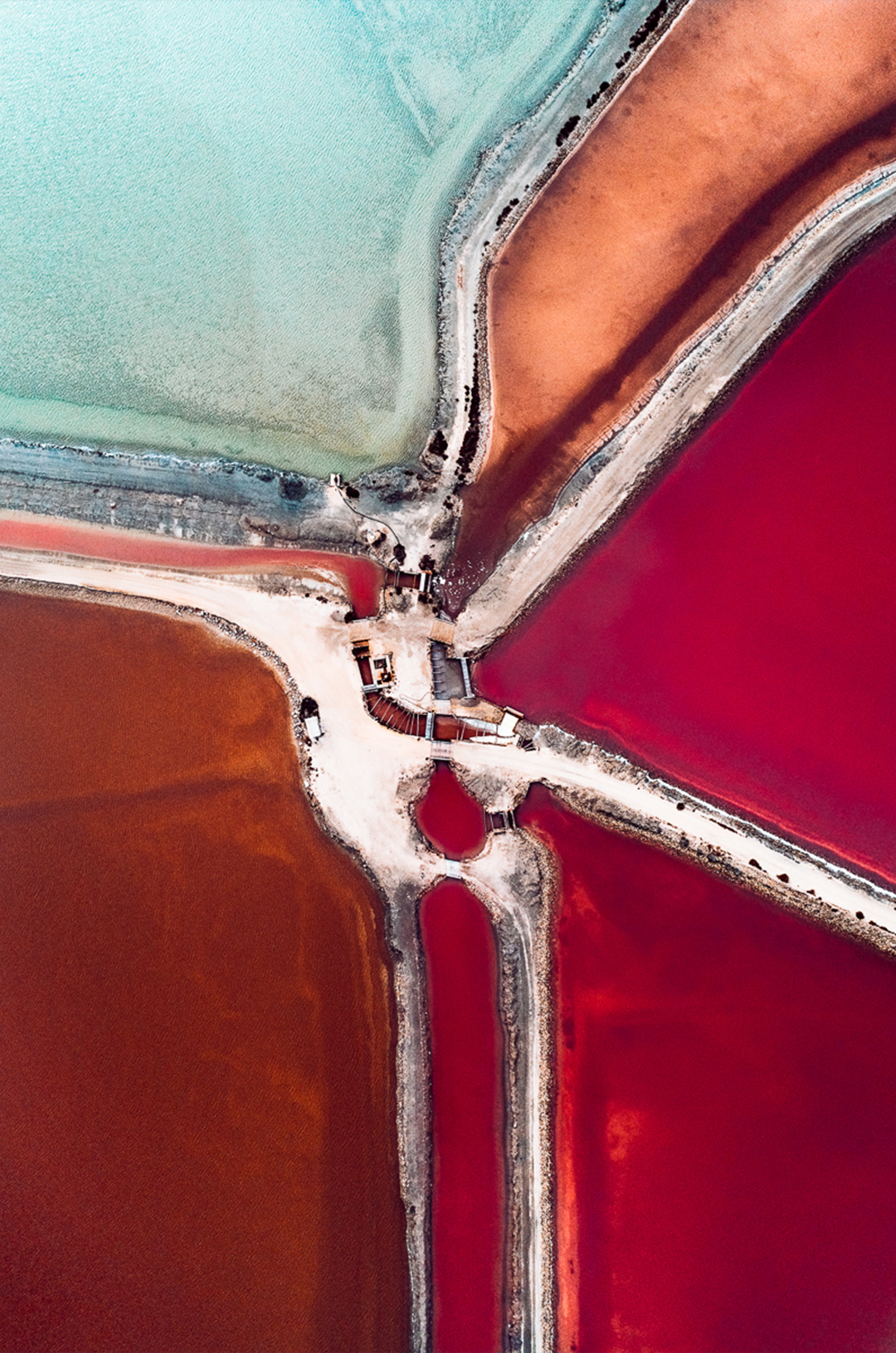 Q. What motivated you to take interest in the environment?
A. I am interested in the idea of the Anthropocene. It is a term used by scientists summarizing that in recent centuries humans have become one of the most important factors influencing the biological, geological and atmospheric processes on Earth. Some scientists propose that we no longer live in the present era called the Holocene as we are on the edge of a new geological epoch, the Anthropocene, named after humankind. The most important changes in the Anthropocene include climate change, the Antarctic ozone hole, the use of 50 percent of the Earth’s global surface by man, the rapid rise in sea levels, and landscape changes caused by river shifts or the degradation of raw materials. In my photography, I explore the origin and scale of that idea to understand the dimensions of man’s intervention in natural spaces and to bring attention to how we can take responsibility for that. 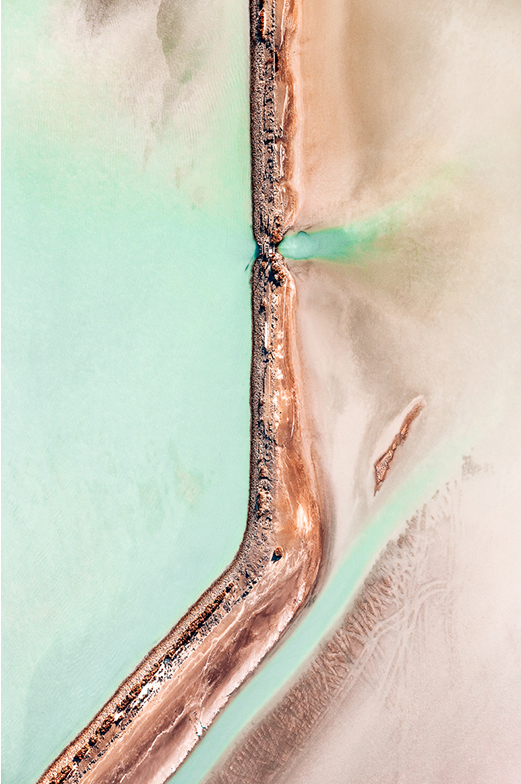 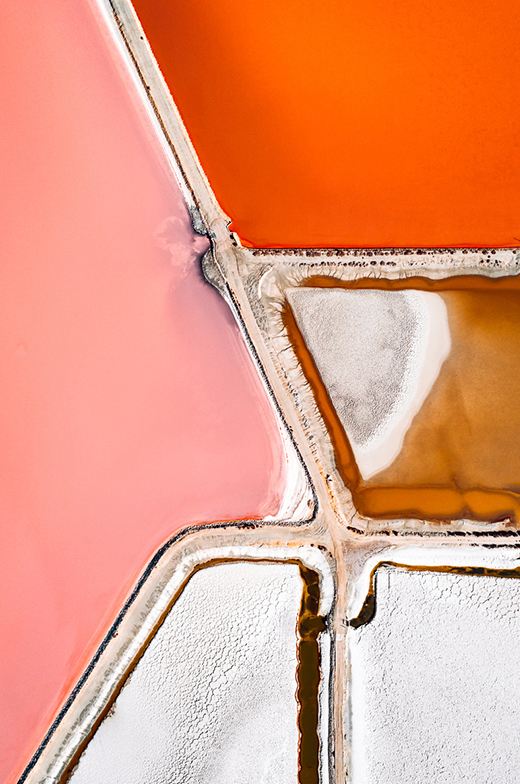 Q. You’ve featured some extraordinary places in your photos. What’s the selection criteria?
A. My photography projects are very much research driven. I do a lot of research on the subject before taking the actual photos. It takes a whole lot of preparations to get a project on track. I am always planning my projects a good time before the actual production. Preparation is really important when it comes to aerial photography. It really helps a safe and successful aerial production. I basically work with a four-step method of research, concept, execution and evaluation. For scouting the locations, I also use high-resolution satellite software to get a better idea of the landscape.
Q. What is the hardest part of your work?
A. Transferring an aerial photography into an aerial image is very tough. Taking aerial photographs isn’t hard anymore since the technology became available to everyone. But taking an aerial image that invites the viewer's interest by the composition and execution and then telling a story through the images involve a lot of imagination and eagerness. 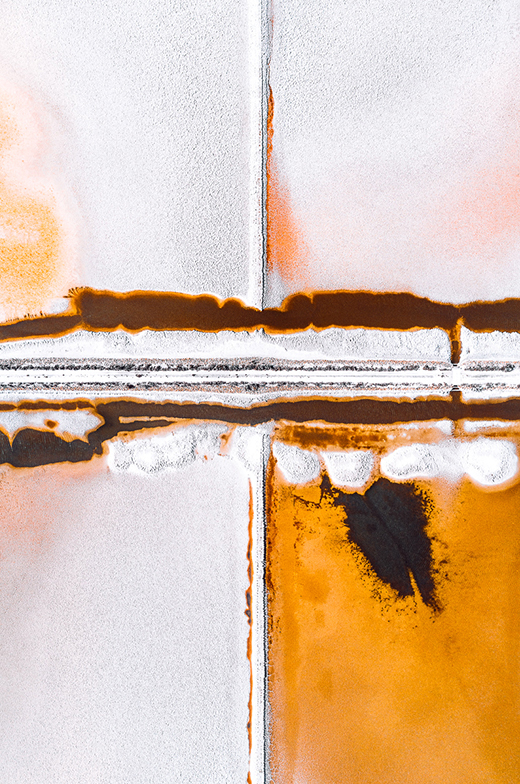 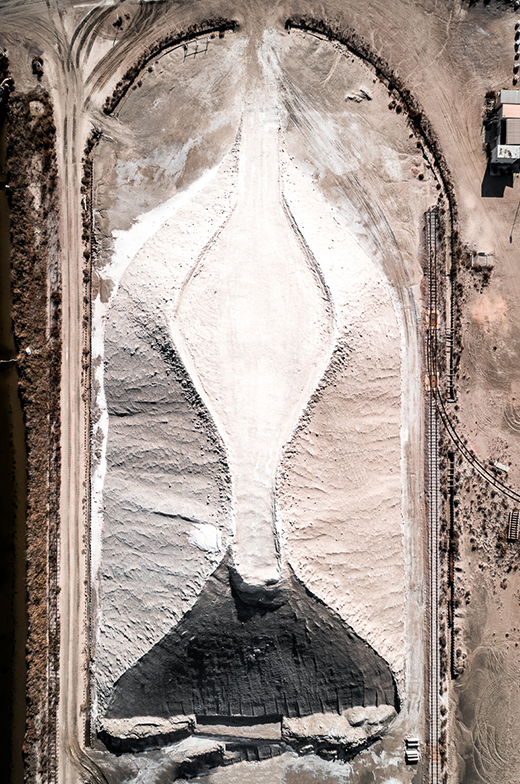 Q. What is the most important aspect of your projects? Your work features distinguishing colors.
A. I use abstraction and aestheticization as a visual language to inspire people and also to offer the viewer a connection to environmentally relevant topics. Photos of destroyed landscapes have been shown many times and don’t really attract the viewer's attention as they are dissuasive. In my photography, I try to work with something beautiful that later turns out to be a sort of problem. 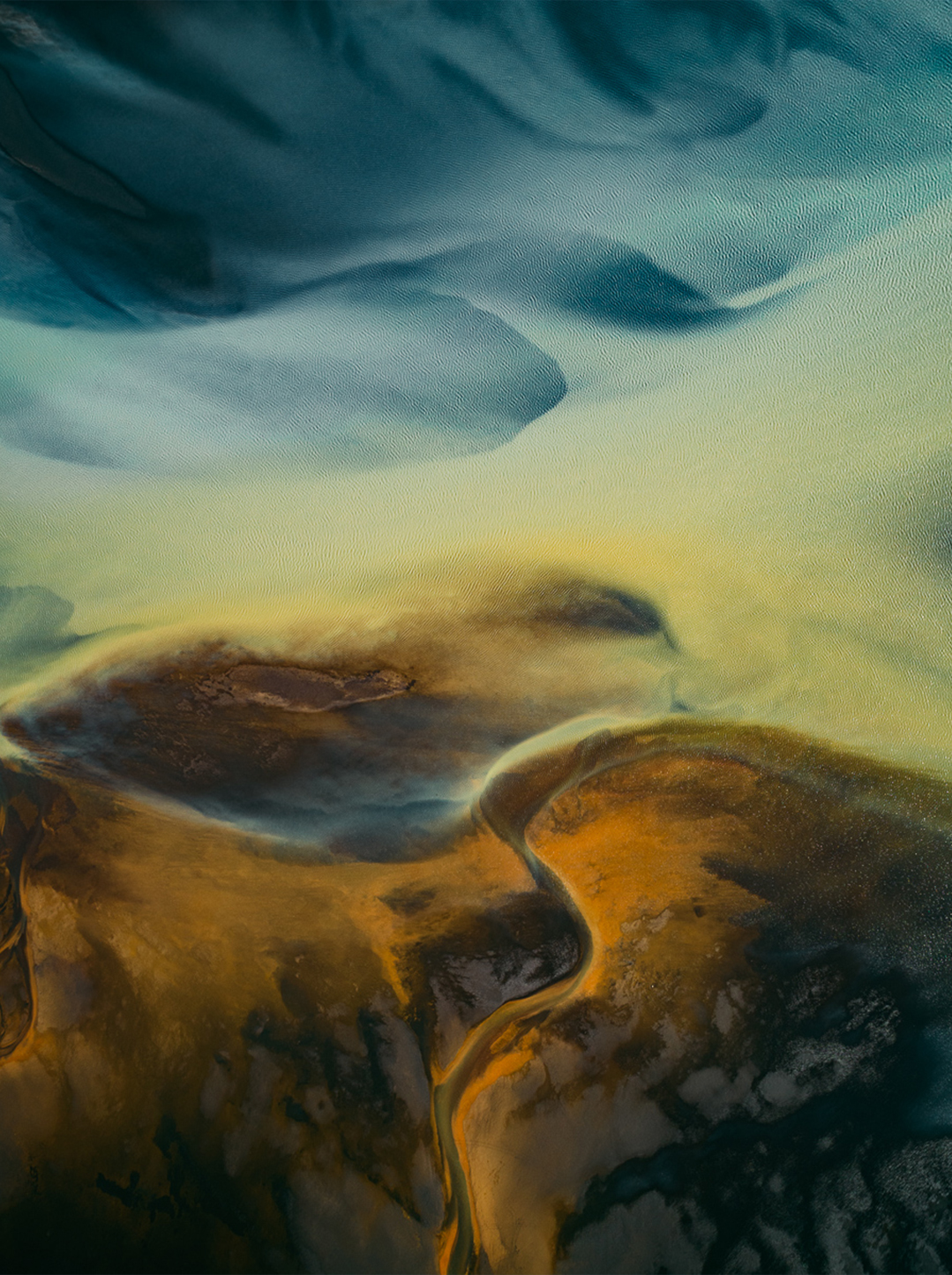 Q. Tell us about <The Salt Series>, your signature project. How can a salt pond be that colorful?
A. Sea salt production sites are found all over the Mediterranean sea. They are usually located around shallow coastlines. The artificially created ponds shown in the photo series are one of the core elements in the Salt Series production. The salt workers capture salt water from the sea in shallow tables, and each salt pond has its unique salt density. The color of the water indicates the salinity of each pond. Micro-organisms change their hues as the salinity of the ponds increases. The colors can vary from lighter shades of green to vibrant red.
Q. My personal favorite is <The Tulip Series>. How is the project relevant to human intervention in the environment?
A. The Tulip Series is an example of modified landscapes where the growing of plants is just be done for economic reasons. Dutch tulip farmers grow around two billion tulips every year. The flowers come into full bloom for three to four weeks a year, between April and May. Once the tulips are in full bloom, the farmers run cutting machines through their fields, lopping off the colorful flower heads. This is done so that the remaining energy of the flower gets directed back to the bulb so that it will bloom better and stronger. Mainly the tulip bulbs are sold, rather than the blooming flower head itself. The Dutch horticulture sector is the world market leader in flowers, plants, and bulbs. Some 77% of all flower bulbs traded worldwide come from the Netherlands. 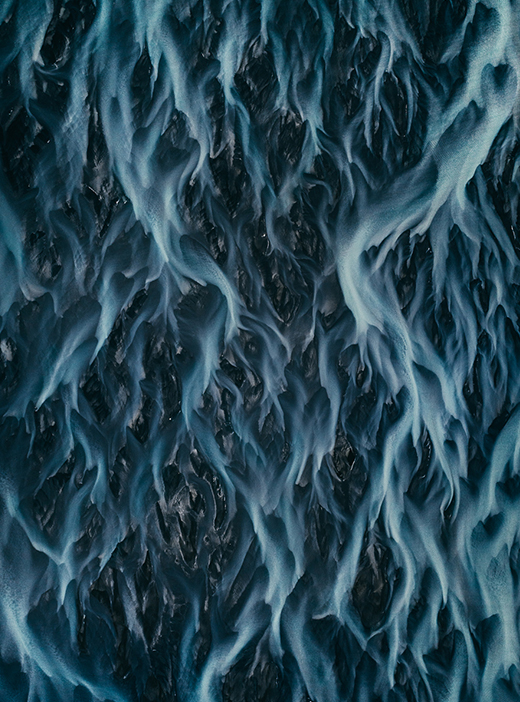 Q. What is your favorite project?
A. I don’t really have a favorite project since every topic is very different and important. At the moment I really sympathize with one of my latest project <The Two Degrees Series> which shows the effects of global warming on the Arctic ice sheet. 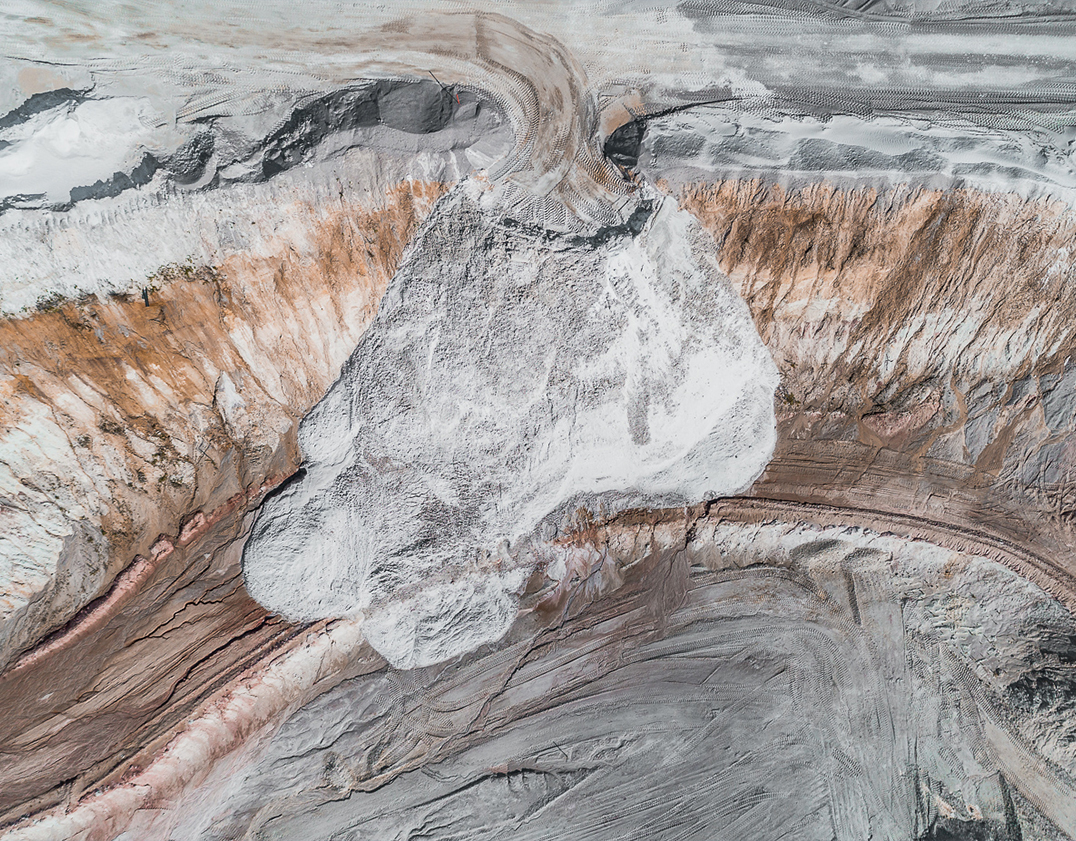 Q. What do you think is the most serious environmental issue?
A. The most serious environmental problem is humanity itself. In the name of greater growth and ever more consumption, we are changing our planet primarily for economic and political interests. At the moment, about 7.5 billion people live on planet Earth. By the end of this century, the world’s population is expected to increase to 11 billion people. How will ever more people cope with the Earth’s limited resources? We must ask ourselves these questions and start acting more responsibly. 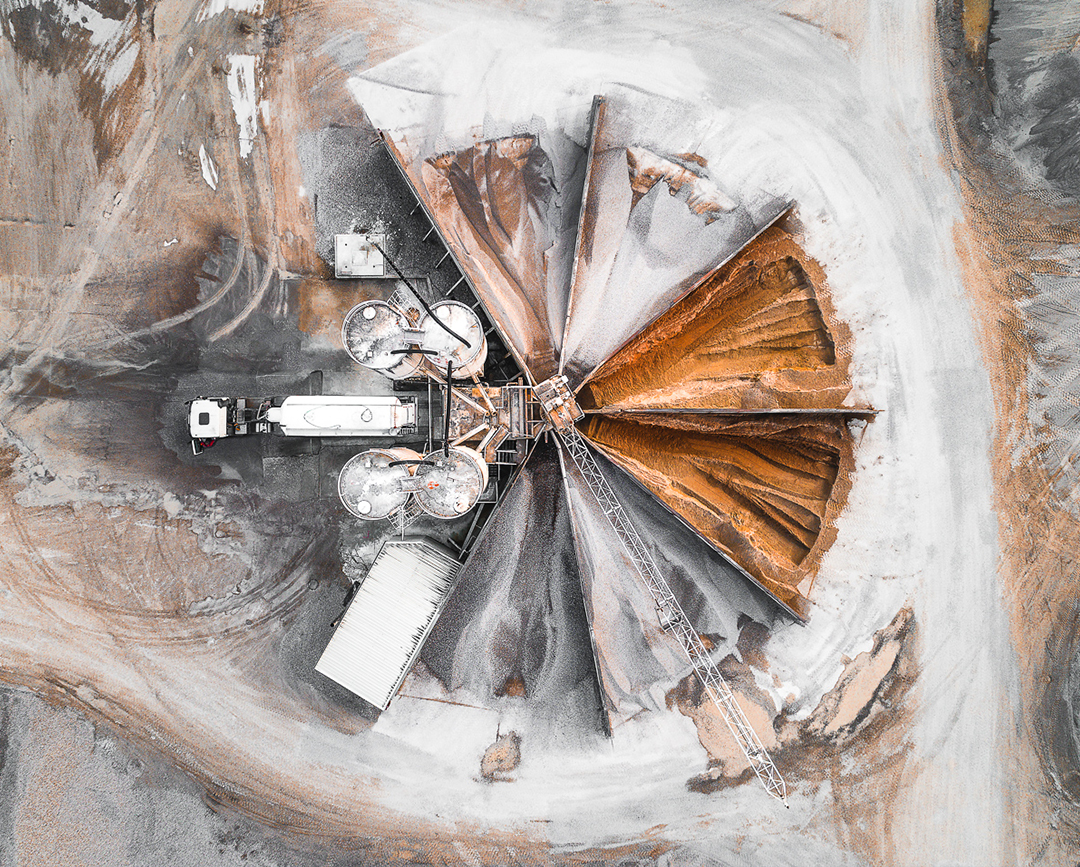 Q. Have the aerial photography projects also affected your awareness?
A. Well, thinking of all the sceneries I have seen for my aerial projects, it makes me sad about how ignorant we act. And I think it’s really hard to make a difference. We just have to make sure we don't wipe ourselves out. Since I focus on environmental aerial photo projects, I really became aware of the problems we are responsible for. So the big change is that I have the motivation to change something there. 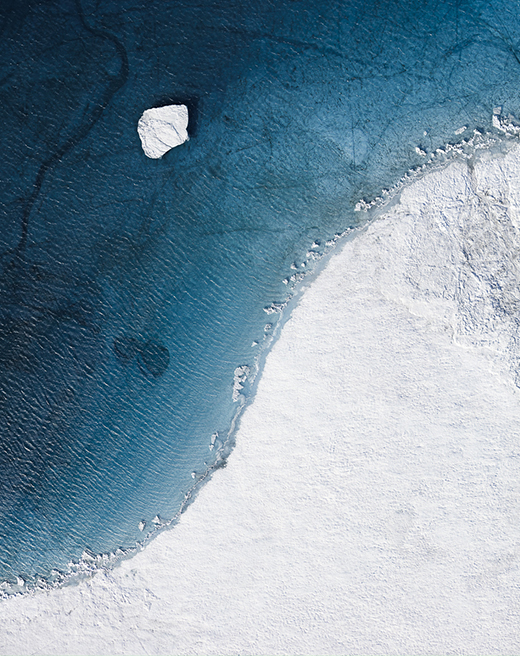 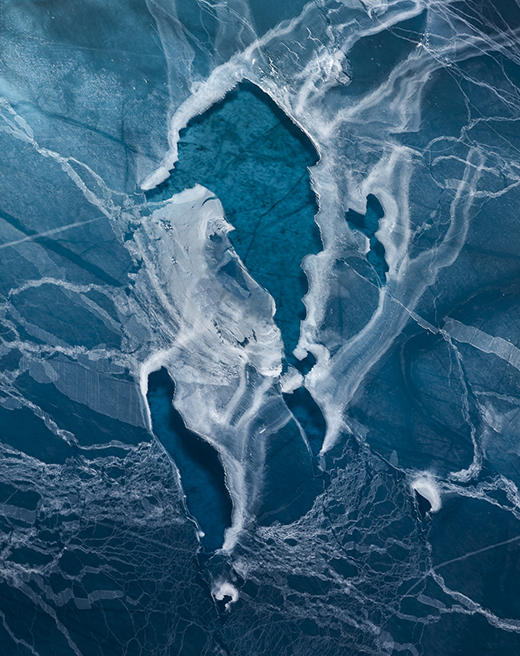 Q. Your first photo book <Habitat> has been recently published. Tell us about it.
A. The book &lt;Habitat&gt; documents the relationship between man and nature using aerial photography. It raises the question of when man’s influence on Earth began and how our civilization has developed since then. Five chapters and 90 photographs show traces of human presence on Earth. Each chapter is supplemented by some representative facts and infographics that illustrate to which extent we claim our environment in order to meet our needs. The photos involve and invite the viewer to discover our planet from a different perspective and to act more responsibly. 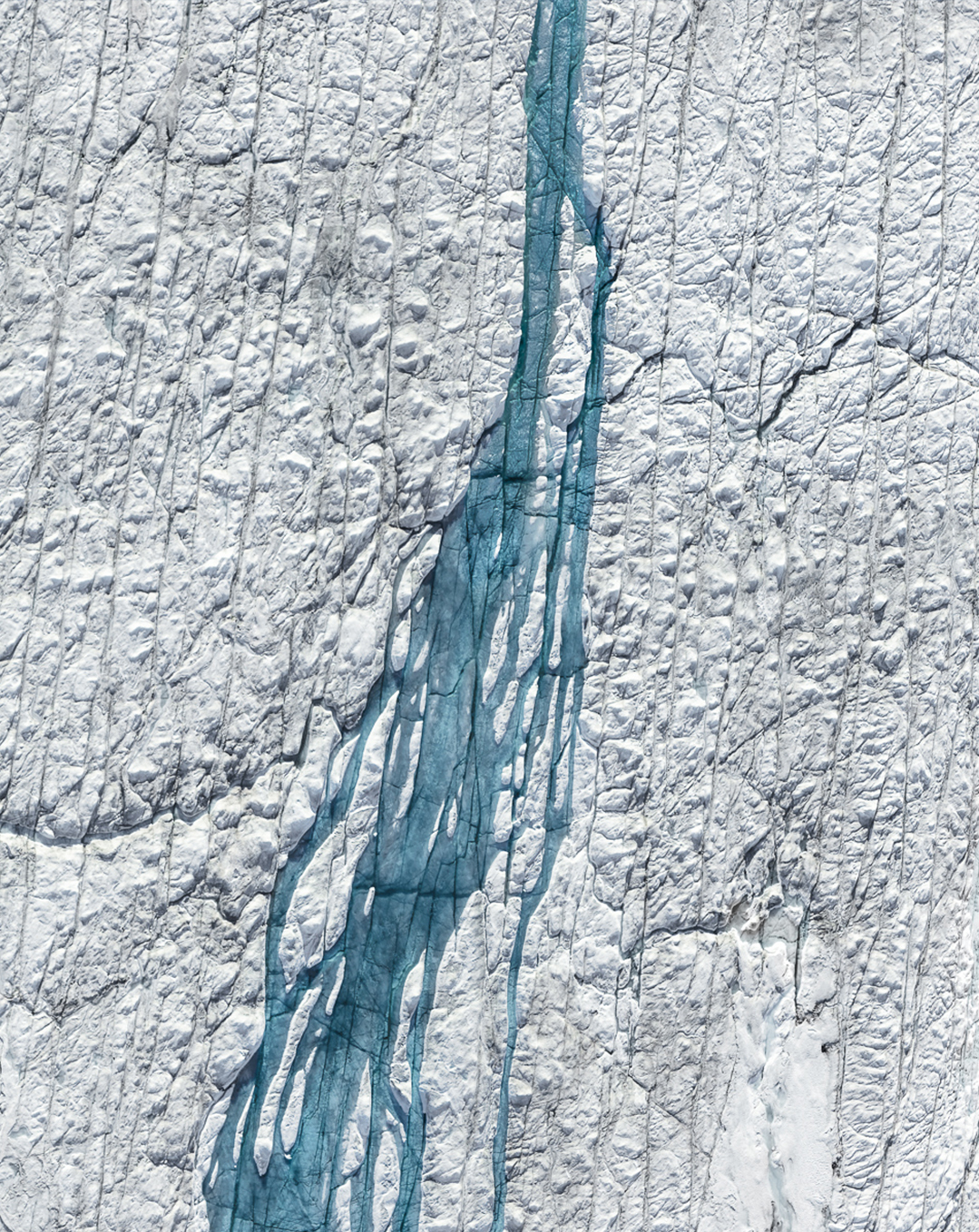 Q. Please tell us about your future goals.
A. There are a lot of stories on environmental problems that need to be told. For 2019, I have some projects in mind but everything is just in the planning for now. I will keep a focus on environmentally relevant photo projects to inspire people. In the end, hopefully, I would like to make a little change to the world that our descendants will receive.