Elegant, Poetic
Slovenian designer Nika Zupanc is one of the most talked-about designers in the world today. She has worked on everything from small props to architecture. 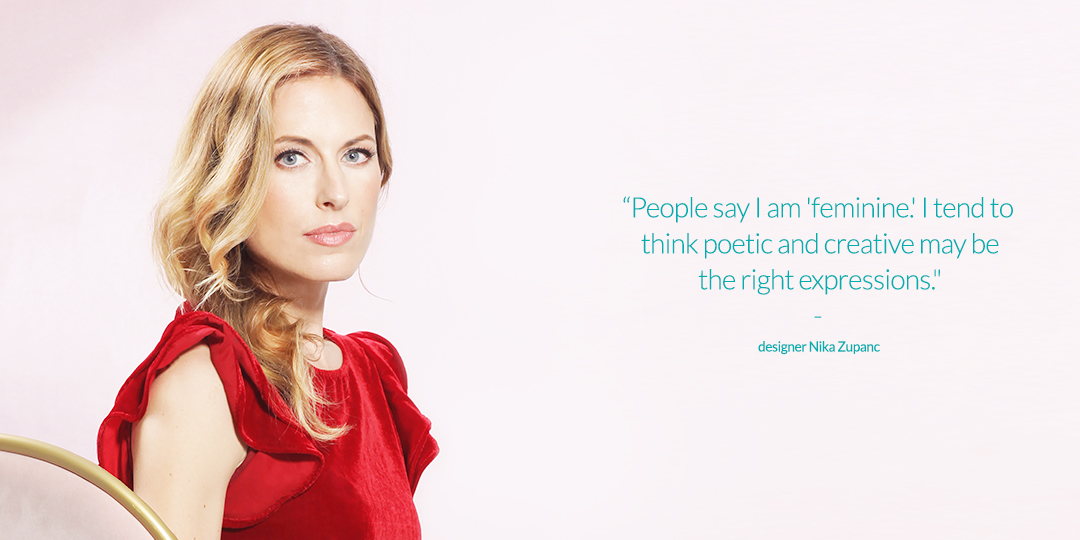 Slovenia is a small Central European nation with a population of barely 2 million. You'd hardly hear of this country unless you were watching the Olympics or other international events. But Slovenia has given us the world's hottest designer today, Nika Zupanc. The striking beauty has risen to prominence as her country's top designer with some outstanding works. But she isn't just a pretty face who happens to be a talented designer. Zupanc is a voracious reader, practices karate and also enjoys snowboarding. It makes you wonder if there is anything she can't do. 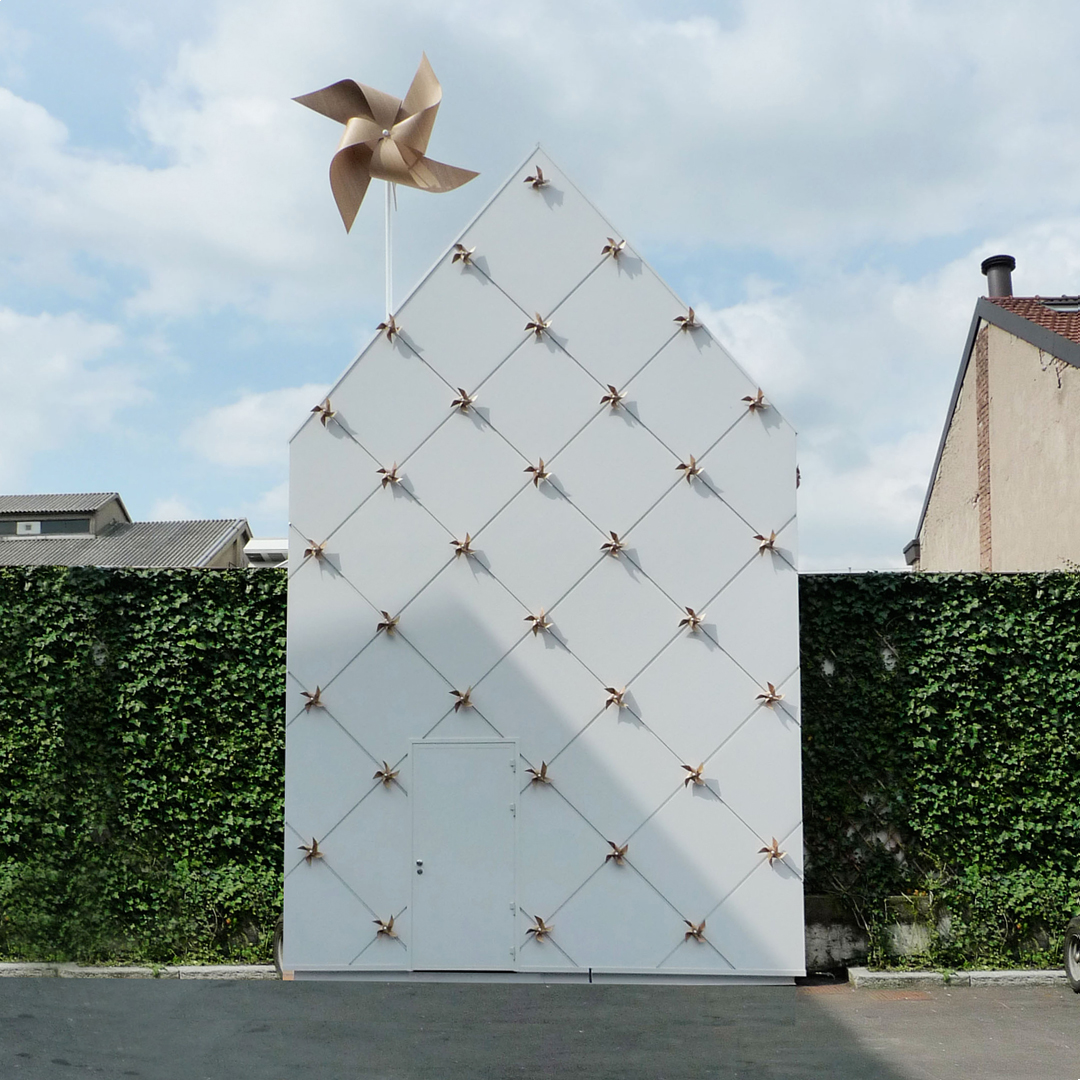 Zupanc, who majored in industrial design at Academy of Fine Arts and Design in Ljubljana, Slovenia, started her career as a freelancer. She went out and got herself sponsors to set up a booth for the Milan Furniture Fair, where the world's leading designers and other industry figures gather. Zupanc invited the company Moooi to check out her booth because she felt Moooi's works fit her own philosophy. And Marcel Wanders, a world-renowned designer and head of Moooi, visited Zupanc himself after seeing the design of the chair in the invitation, and he offered Zupanc a collaborative project. And that really launched Zupanc's career. The product of their collaboration was the 'Lolita Table Lamp,' which caused a sensation at the 2008 Milan Furniture Fair. Pink is a prevalent color in design today, but back then, it was considered too girlish. And Zupanc wanted to shatter the stereotype, using pink and feminine curves for her ground-breaking Lolita Lamp. Thanks to the lamp's success, Zupanc also went on to work with the Italian furniture brand Moroso for 'Maid Chair.' More collaborations with different brands followed. 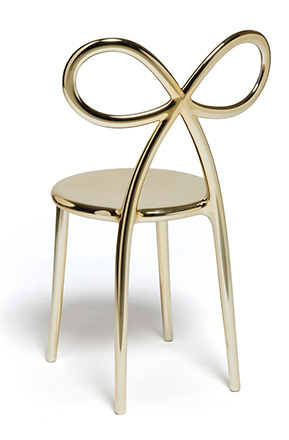 In 2009, Zupanc unveiled Tailored Chair series with Moroso. The following year, she designed '5 O'Clock Chair' and '5 O'Clock Table,' in her latest collaboration with Moooi. Zupanc continued to keep her name out there through Milan Furniture Fairs and other showcases. And the Milan Design Week -- during which the furniture event is also held -- has been the biggest stepping stone or launch pad for Zupanc's career. And as the prominence continued to rise, her native Slovenia also reached out to her. In late 2011, Zupanc completed her first restaurant design 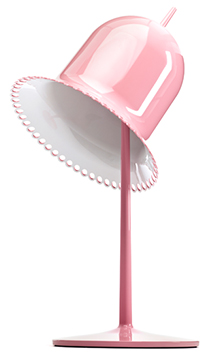 In 2013, Zupanc designed the installation 'A Room of One's Own' and 'Miss Dior Chair' for 'Esprit Dior: Miss Dior,' an exhibition at Grand Palais in Paris commemorating the 25th anniversary of Miss Dior perfume. 'A Room of One's Own,' a romantic space in pink and black, was inspired by Virginia Woolf -- just like the Lolita Lamp -- in its expression of feminism. In 2015, Zupanc worked with the British design brand Se for her signature Collection III. It won the top furniture prize at the International Contemporary Furniture Fair in New York. Zupanc continues to stretch her horizons, and beyond product and interior designs, she has taken an interest in larger architectural projects. 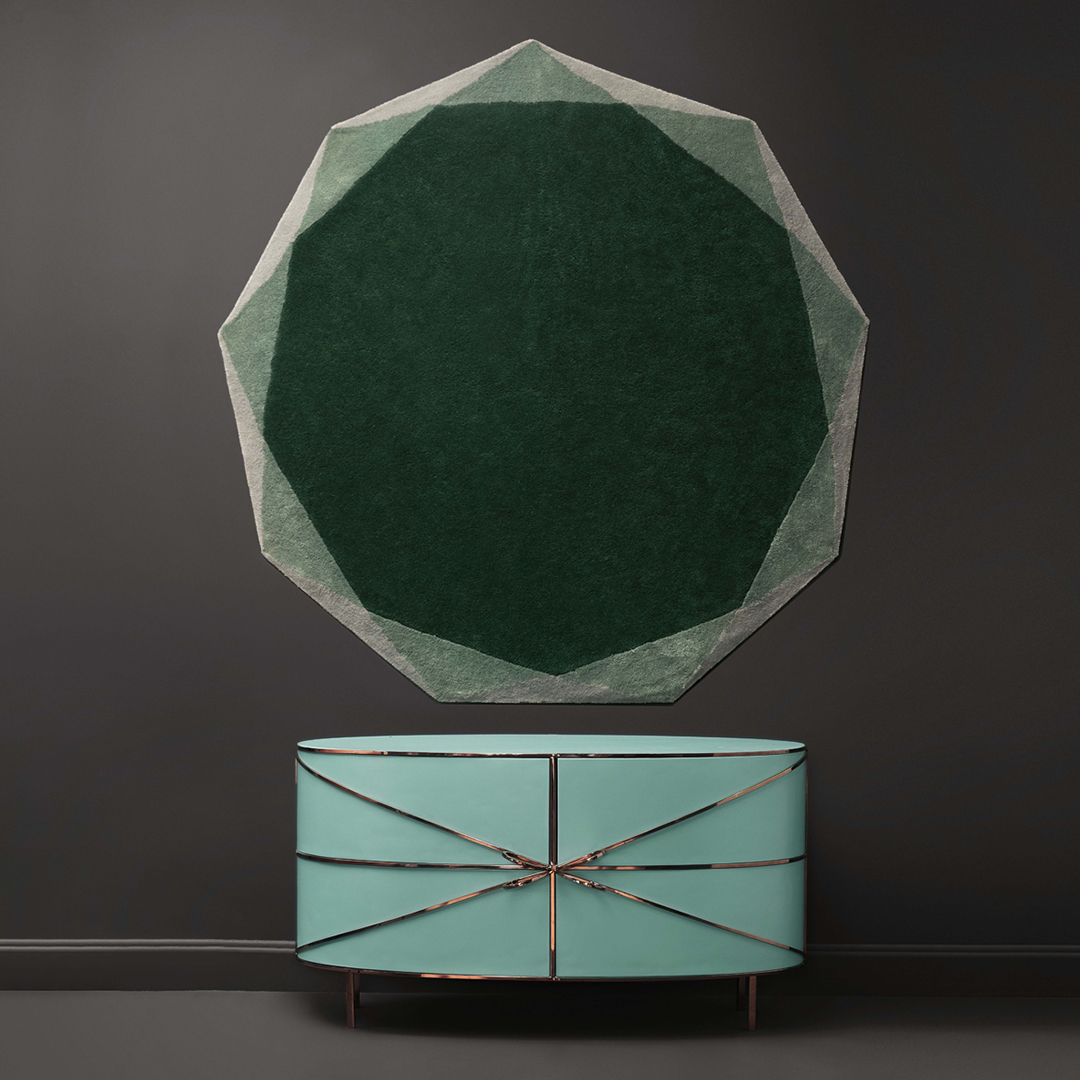 Q. How did you end up becoming an industrial designer?
A. I was always interest in films, photography and other arts since I was young. At high school, I thought about which career path I should take, and I decided it was in the field of design that I could do the most powerful 'storytelling.'
Q. What can you tell us about Nika Zupanc Design Studio?
A. It's a small studio of six employees for now. The number may change depending on the project. We're mostly focusing on product design and interior design. Right now, we're expanding to residential design and other projects.
Q. Slovenian design isn't so widely known to the general public. How is the country like for designers?
A. It's a relatively small market, with about 2 million in population. But it's surrounded by countries like Italy, Austria, Croatia and Hungary. Geographically and culturally, you can have all sorts of experiences. And wherever you are in Slovenia, you can get to the ocean or mountains within an hour. So you're bound to be influenced by the nature. I think it's a place where designers can develop unique perspectives.

Q. Moooi helped put your name on the map. How did that come about?
A. After college, I was working as a freelancer. But I didn't think I'd get much recognition in Slovenia.I wanted to have more exposure, and so I got sponsors and paid my own way to the Milan Fair. In 2007, I sent an invitation to Moooi, and Marcel Wanders took an interest and paid a visit. And we went from there.

Q. Your design is quite feminine and elegant. Where do you draw your inspiration from?
A. Be it consciously or subconsciously, I am influenced by things around me, 24 hours a day. I pay close attention to small details. 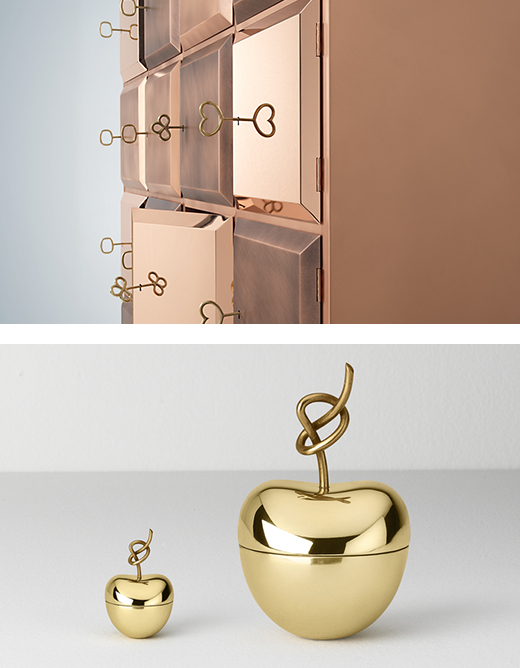 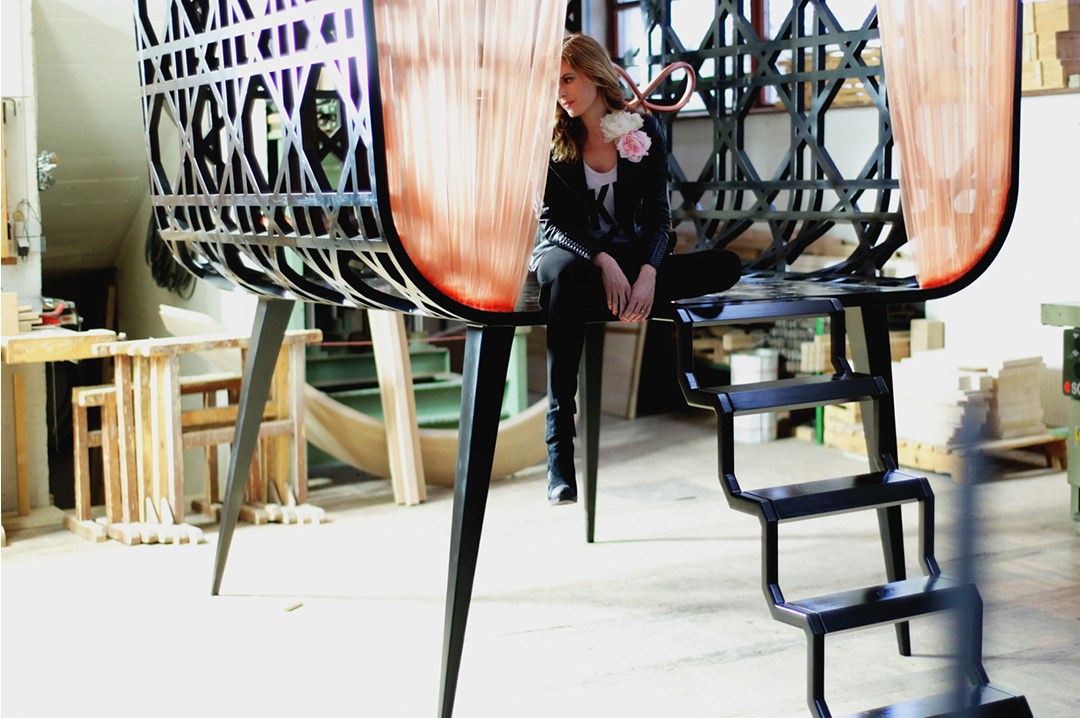 Q. Can you list some of your most significant projects?
A. The Lolita Lamp got my name out there. Then there is Homework Table, a collaboration with Rossana Orlandi that I designed with working conditions for women in the past. I can also list the Ribbon Chair and Se's Stay Dining Chair, which is a best seller. I was trying to make a good dining chair there.
Q. How would you define your design style?
A. I'd like to say I am in a unique position from a design perspective. People say I am 'feminine.' But I tend to think poetic and creative may be the right expressions. For instance, when the Lolita Lamp was launched by Moooi, it was viewed as something that defied the conventions in design, in terms of its concept and colors. I'd like to define my style as something that doesn't settle for the conventional and that tries to break the mold.