MAAT, Revival of 21st Century Baroque
A new landmark opened by the riverside in Lisbon, Portugal. MAAT, which exhibits works related to art, architecture and technology, is also a place where the city of Lisbon and its people meet. The bending slope by the river keeps drawing in visitors.
During the 15th century Renaissance era, the discovery of the one-point perspective brought such seismic changes to civilization, almost on par with the discovery of letters or gunpowder. Architects in particular preferred effects that would allow viewers to best feel the multidimensional depth and that let all the elements move toward the one vanishing point on the horizon line. Neatly organized vertical and horizontal grids was used for spacing. The 17th century was an era of overstimulation. And the Catholics' defiance in the face of the religious revolution and the strengthening of sovereignty was explicitly reflected in architecture. The elevation was wavy, and an oval was the popular choice for the plane. The form and the emotions were all tangled up. The word 'baroque' in Portuguese means 'an oddly shaped pearl,' and Baroque buildings looked as though they were transformed by outside forces. 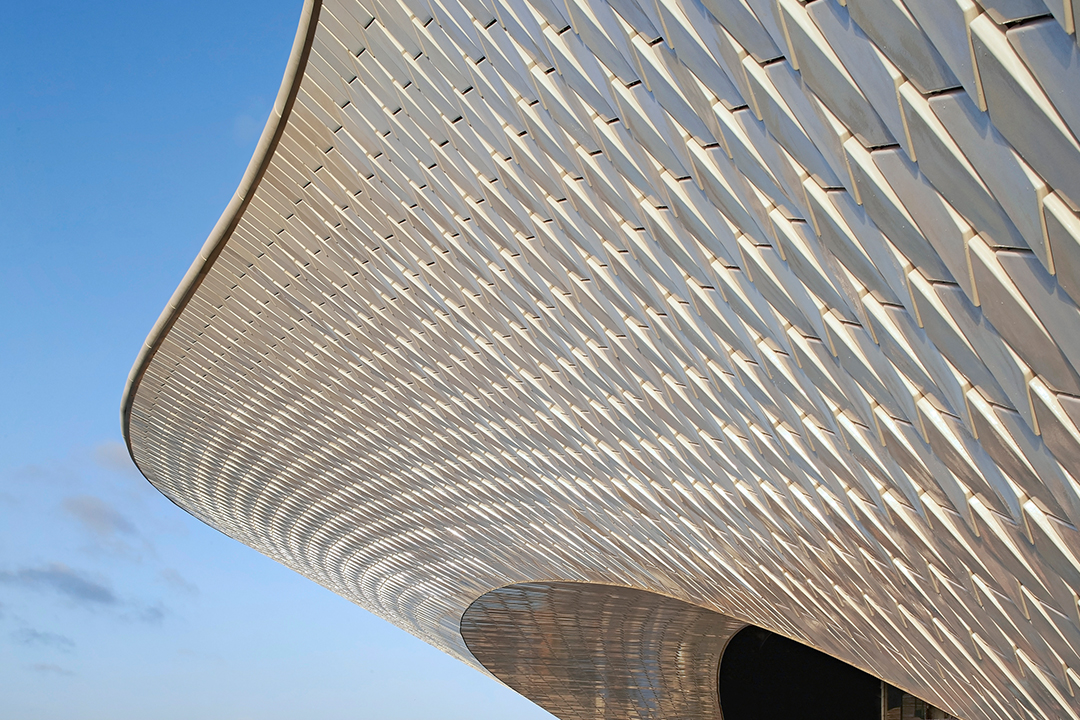 21st Century Baroque Returns Home
In the early 2018, a new building was erected that drew worldwide attention in Lisbon, Portugal. It was Museum of Art, Architecture and Technology, or MAAT. It's a museum for just that -- art, architecture and technology. It's the home of the Lisbon Architecture Triennial, which was inaugurated in 2007. And the shape of the building is such that it signals the homecoming of the Baroque style. The building resembles a sane dune, almost tricking you into thinking sand by the river has formed one. The front side that faces the river looks like the wave at its top, about to come down on the ground. The canopy that stretches out toward the river provides a shade under the summer sunlight, and the bending slope, shaped like a knot of a ribbon, functions as a natural guiding path for visitors.

The sprawling exhibition hall under the sloped roof takes the oval shape, much like the plane of the Baroque cathedral. At 70m x 40m, it's large enough to host all types of exhibitions. Architects believes the oval shape provides a sturdy defense against earthquakes, which should alleviate inherent fears for the city that suffered a horrendous quake in the 18th century. If you climb up the roof, the river comes into the full view, and the historic part of the city spreads at the back. And for locals who've never seen their city from that perspective, it might even be a better, more refreshing view. 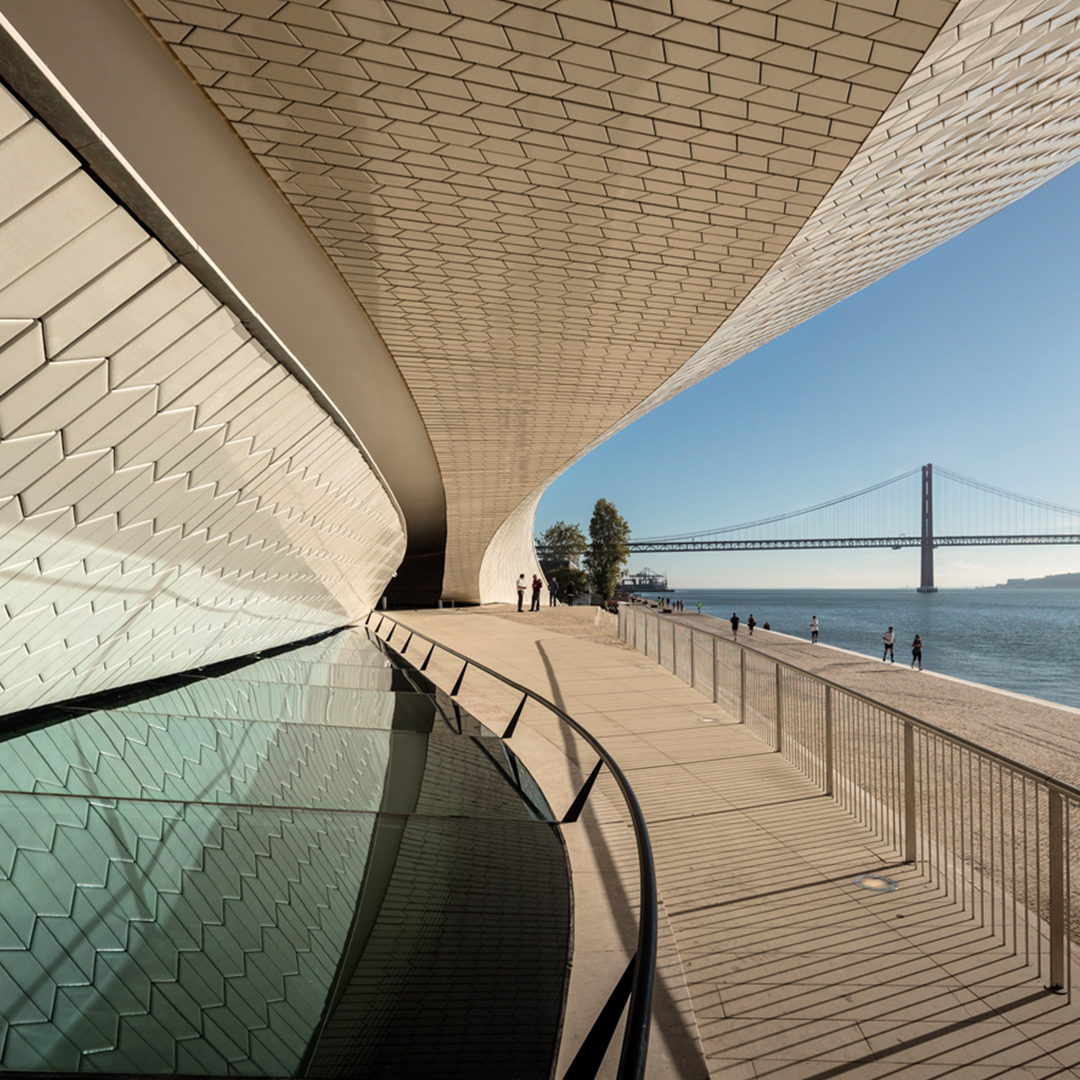 At 26 billion won, MAAT added four new exhibition halls in its new building. The original MAAT was housed in a power plant that used to supply electricity for 6,000 households from 1909 to 1972. The piece of modern heritage was turned into a cultural facility, much like others in European industrial complexes. EDP, the energy company that operates the museum, wanted the new building to be different from the more conventional brick structure, since the museum would hold exhibitions on architecture and technology. And a place for media arts or large installations clearly had to be different from the typical white cube.

4 Years Just To Make Tiles
EDP Foundation chose the architecture firm AL_A without any open bidding or competition because it had big expectations for the company to deliver a distinctive look. Amanda Levete, head of AL_A, had been with Future Systems, one of the leaders of British high-tech architecture. Her earlier work, Lord's Media Centre, resembles the one-eyed monster Cyclops from Greek mythology. The aluminum building, which used technologies usually applied to building ships and aircraft, is as much of a vehicle suited for aerodynamics as it is a structure. Levete had an ambitious plan to install ceramics tiles on the courtyard at the MAAT, which helped her get the project. Buildings with ceramics outer walls are hugely popular among tourists, and Levete was convinced she could showcase her daring streak in a traditional method -- and that the two didn't have to be mutually exclusive. 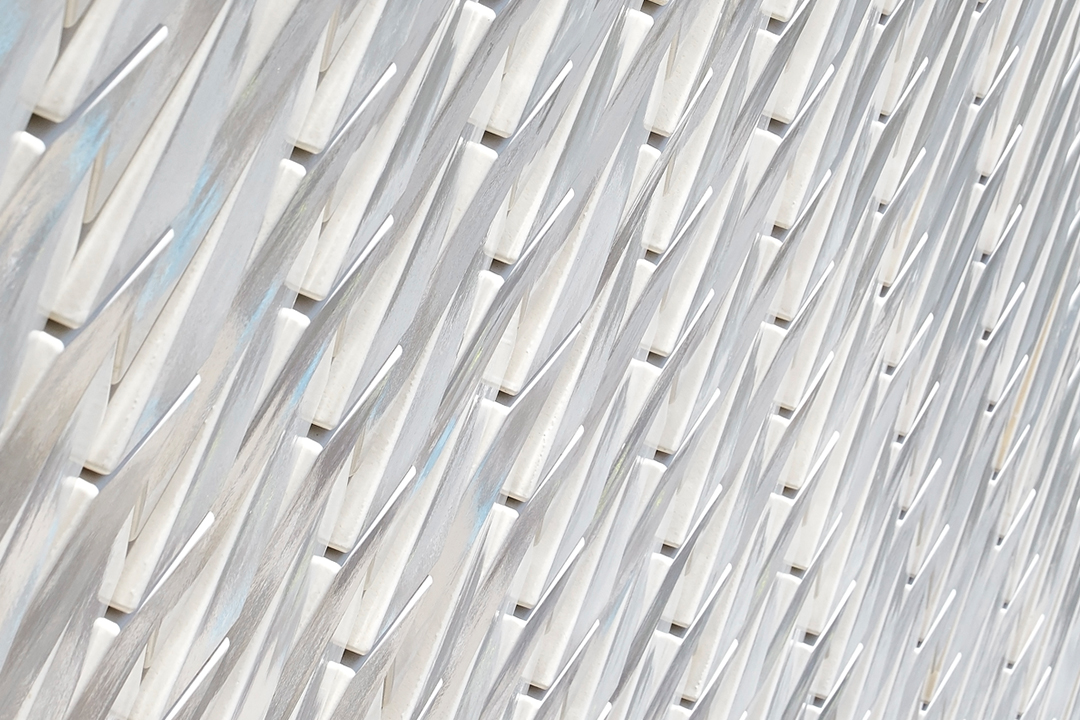 AL_A collaborated with the tiles maker Ceramica Cumella for tiles that could withstand Lisbon's climate, especially the wind blowing in from the river. Based in Barcelona, Ceramica Cumella also supplied tiles for restoration of Sagrada Familia and Park Guell, both by Antoni Gaudi. The family business has been in existence for three generations, and making tiles for MAAT was a major challenge. These tiles took a 3D form, with different thickness at the top and the bottom. And they didn't use mortar, the typical adhesive for construction, but instead used metal to put tiles into their places. And it took an extensive amount of research to make it work.
“The 17th century baroque represented a departure from the conventional, one-point perspective, and emphasized the sensitivities of the body. And the construction of the new exhibition hall at MAAT delivers a simple message. It isn't just to flaunt advanced technology or to create headlines that architects opt for bold, daring shapes. They do so because they want to be an active part of the ordinary life.” 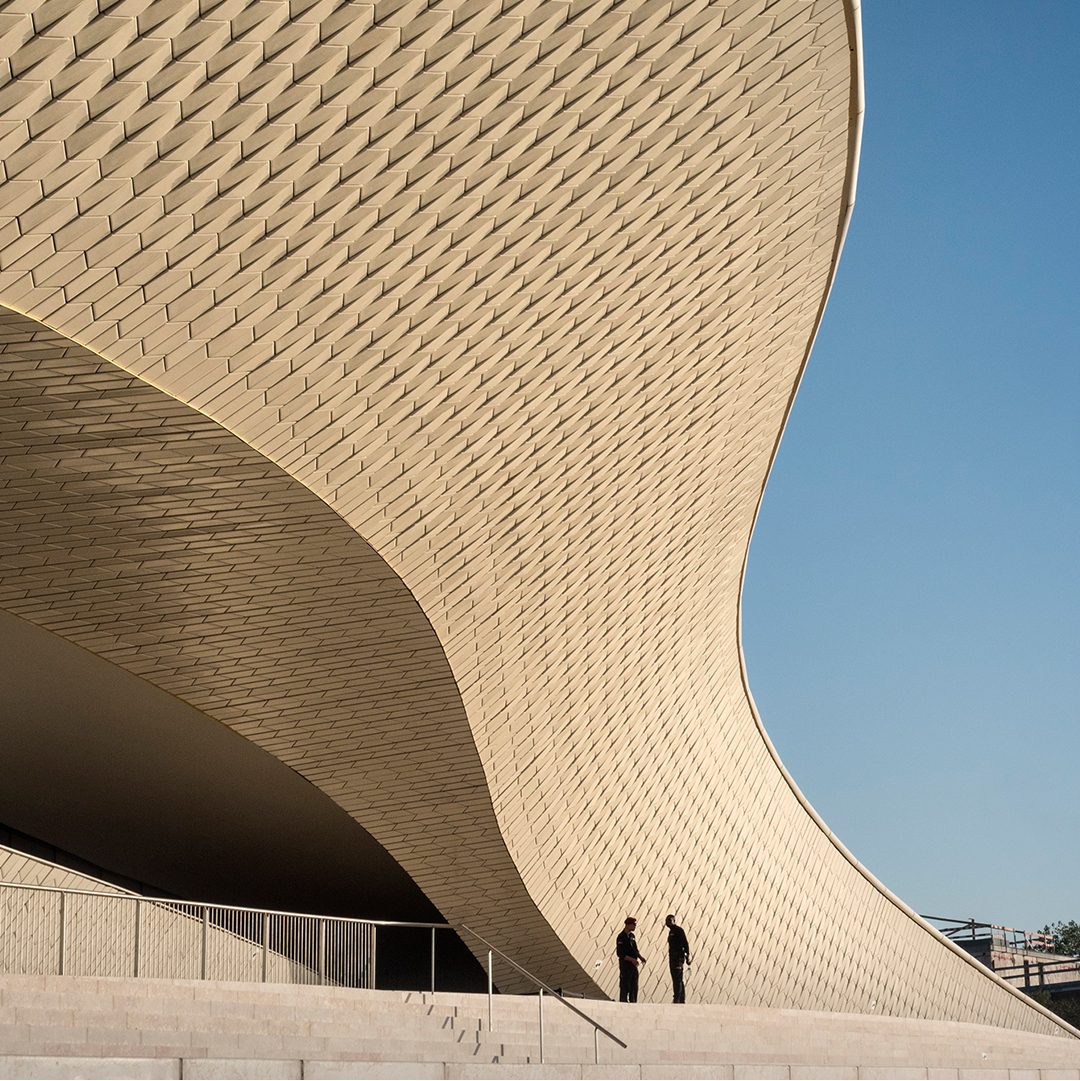 It took four years just to come up with the right tiles, but it was all worth it. These 15,000 tiles are really something to behold. The glazed tiles reflects the sky and the river, and fall seamlessly into the rest of the landscape. Because the tiles are all placed at different angles, the soft reflected light brightens the hall underground. These tiles are at the most spectacular at the sunset. The shadow cast under the tiles and the constantly-changing landscape lead you to believe the building is alive

Architecture Breathing Life into Tedium
The typical city today is organized according to the orders of modernism. The process has to be cost-effective and quick, and the more buildings the better. And the city doesn't stray from the x, y and z of the rectangular coordinates. And that sort of repetitions leaves no room for feelings or emotions. It restricts diversity, and makes our life all the more tedious for it. The 17th century baroque represented a departure from the conventional, one-point perspective, and emphasized the sensitivities of the body. And the construction of the new exhibition hall at MAAT delivers a simple message. It isn't just to flaunt advanced technology or to create headlines that architects opt for bold, daring shapes. They do so because they want to be an active part of the ordinary life. When contrasting features get all mixed up -- dynamic stillness, new technology and traditional craft, pattern of disorder, movements and staring -- they can breathe life into a dull place. MAAT is a reminder that it's not just nature or art that can be a catalyst for an unpredictable turn of events -- architecture can play a part, too.