[BRIEF HISTORY] Tashkent, City of Stone
Appreciating the history of a city you're about to visit will help complete your experience there. Tashkent, lying between the East and the West, saw its history being built through trips that cut through both sides.
01
1~2C B.C.: As the city lies at a crossroads between the East and the West, there are traces of ethnicities from Greece and Iran. Tashkent is estimated to have been built around 1st to 2nd century B.C., and it was initially called 'Ming-Uruk (a thousand apricot trees).'
02
661: Emperor Gaozong of Tang established the Protectorate General to Pacify the West, made up of 16 commanderies, and 72 prefectures. The kings of each region became the protector generals. Tashkent was given the name Great Yuan Protectorate. Samarkand was called the Kangju Protectorate, and Bukhara was the Anxi Protectorate.
03
750: Gao Xianzhi, a Goguryeo migrant and a Tang general, was in charge of the military command and tributes the western regions. When Oasis countries around the Pamir Plateau offered inadequate tributes to Tang, Gao cut across the great plains of Kyrgyzstan, took over Tashkent and captured the king.
04
772: When the king of Tashkent was executed in Tang, his son sought help from the Abbas dynasty. In 772, Tang fought in the Battle of Tallas over the control of Central Asia, but lost to the Arab Abbasid Caliphate. After that, Central Asia, including Tashkent, came under the Arabic powers. Barak-Khan Madrasah (west of Hast Imam Square), built in 1531, stores materials on the Arabs in Central Asia.
05
11~13C: While under the auspices of the Khwarazmian Dynasty and Persia Empire, there are few notable historical records or notes of progress. Around this time, the city began to be called 'Toshkent (city of stone)' and later became the current Tashkent. 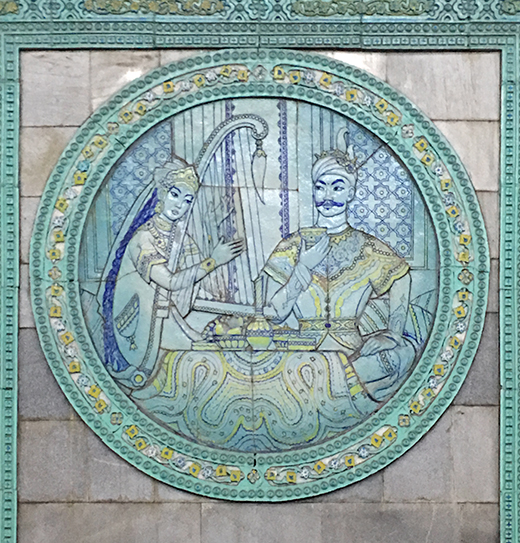 The old name of Tashkent, built before Christ, meant 'a thousand apricot trees.'
06
1369: Uzbekistan wasn't immune from Genghis Khan's conquering ways, and began to be ruled by Mongolia in the 13th century. In 1369, Uzbekistan was merged with the Turco-Mongol Timurid Empire, whose capital was Samarkand. Amir Timur. Despite his reign of terror, he is revered as the greatest national hero since the independence of Uzbekistan.
07
1507: The world Uzbek, a compound word of 'O'z (self); and 'Bek (leader),' was first used in the late 15th century. In 1507, Oz Beg Khan of Shay Bek, who ascended to power in the Aral Sea, took over Samarkand and the Timurid Empire fell. Up until the early 17th century, the Shaybanids ruled Tashkent.
08
1809: As the Shaybanids lost its power, Uzbekistan was divided into Khiva on the west, Bukhara in the middle, and Kokand, which included Tashkent, on the east. The Khan of Kokand merged Tashkent in 1809. The current geographical features of Uzbekistan follow those form the early 1800s.
09
1865: The Russian Empire, upon taking over Tashkent, designated the city as the capital of the Turkestan Government General in 1867. A painter who traveled there at the time portrayed Tashkent as a city made of mud house, windows of paper with oil, clay walls and knee-deep puddles. Its 100,000 people traveled through 12 fortress gates. Ramparts were said to have been 2 meters thick. Since Russia took over, a European- style new downtown was formed next to the Arabic part of the city.
10
1875: The Russian Empire combined Khiva, Bukhara and Kokand. More than 90 percent of the Uzbeks believe in Islam, and the Russian Orthodox Church emerged as the second-largest religion. The largest orthodox church in Tashkent is the Cathedral of the Assumption of the Virgin, which was built in 1958. The round roof at the top symbolizes hands clasped in prayer.
After joining the Soviet Union, Tashkent evolved into the largest focus city in Central Asia. During the old Soviet era, Tashkent was among the most prosperous cities, behind only Moscow, St. Petersburg and Kiev.
11
1899: The Russian Empire opened the railway connecting Tashkent and Krasnovodsk (Turkmenbashi today) in 1899. In 1906, a route reaching Orenburg was added. These railways remained the only public passageway linking Russia and Central Asia until the early 20th century. The Tashkent Station held tens of thousands of Eastern European refugees during World War II.

12
1917: When a revolution broke out in Tsarist Russia, a Soviet Autonomous Republic was established. In 1918, it became the Turkestan Autonomous Soviet Socialist Republic. Then in 1924, it became a part of the Soviet Union. In the 1930s, the capital was relocated from Samarkand to Tashkent. Tashkent went on to become the largest focus city in the Central Asian part of the Soviet Union. During that time, Tashkent was among the most prosperous and populous cities, behind only Moscow, St. Petersburg and Kiev.
13
1947: Alisher Navoi, an administrator in the Timurid Empire, was the first writer to publish a book in the Uzbekistan language. The Navoi Theater in Tashkent was completed in 1947. Today, more than 600 performing artists work at Navoi Theater. It was one of the Soviet Union's three largest theaters, having received the status of Bolshoi along with Moscow and Minsk. The building that houses LOTTE City Hotel Tashkent Palace, standing next to the Navoi Theater, was built in 1958 and has been designated as Uzbekistan's cultural heritage.
14
1966: Tashkent is vulnerable to earthquakes. It suffered major quakes in 1866, 1868, 1886, 1924 and 1966. The one in 1966, with a magnitude of 7.5, displaced more than 300,000. The old Tashkent mostly had brick houses, but after 1966, it started becoming a contemporary city with large streets stretching horizontally and vertically. 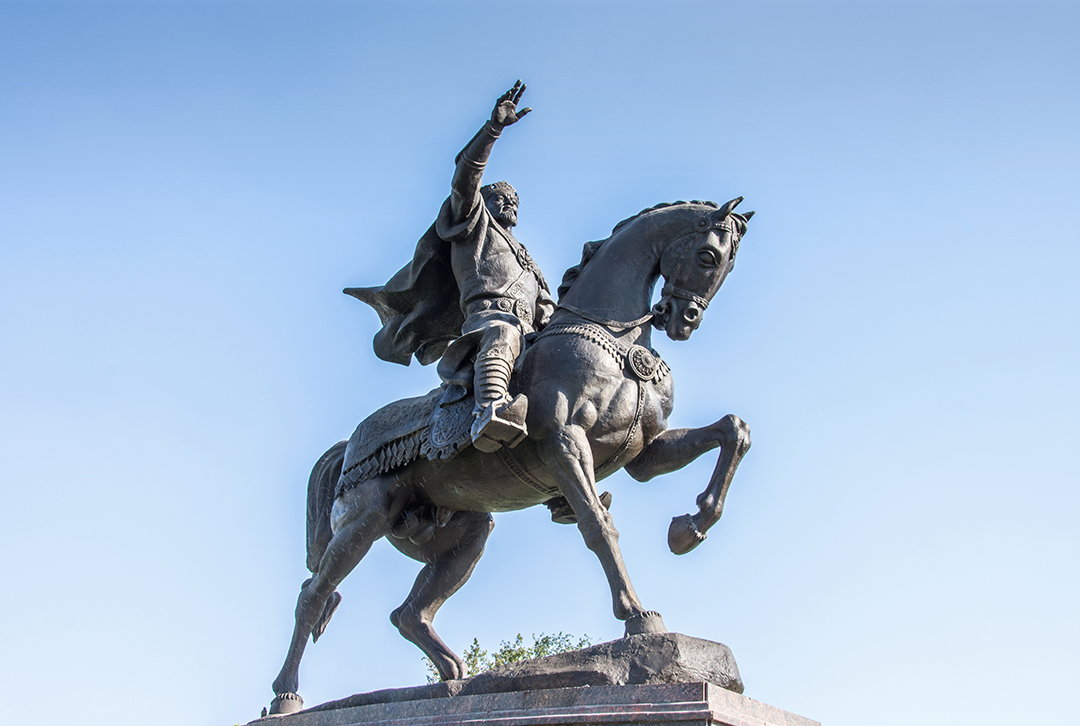 15
1991: With the collapse of the Soviet Union, the Republic of Uzbekistan declared independence. But in a country built on a blend of the Mongolian nomads and Turco, Iranian, European and migrant Asian tribes, a singular ideology to replace the Marxism-Leninism couldn't be found. That's why Timur, who once ruled the whole Uzbekistan, emerged as the national hero. That's why you'll see the statue of Timur and Amir Timur Square in the heart of Tashkent.
16
1999: Tashkent is home to buildings of many different styles. Hast Imam still retains its Arabic style. People's Friendship Palace, Tashkent TV Tower and the Palace of the Romanovs are there to remind you of the old Soviet Union. The Parliament of Uzbekistan and other government buildings erected after the independence are also major parts of the city. The explosion of six car bombs in 1999 only strengthened the image of Tashkent as a 'strict' city. It was also in 1999 that picture taking of all government buildings and subways, which opened in 1984 as the first of their kind in Central Asia, was prohibited. In 2010, arterial roads throughout the city were removed as part of beautification. 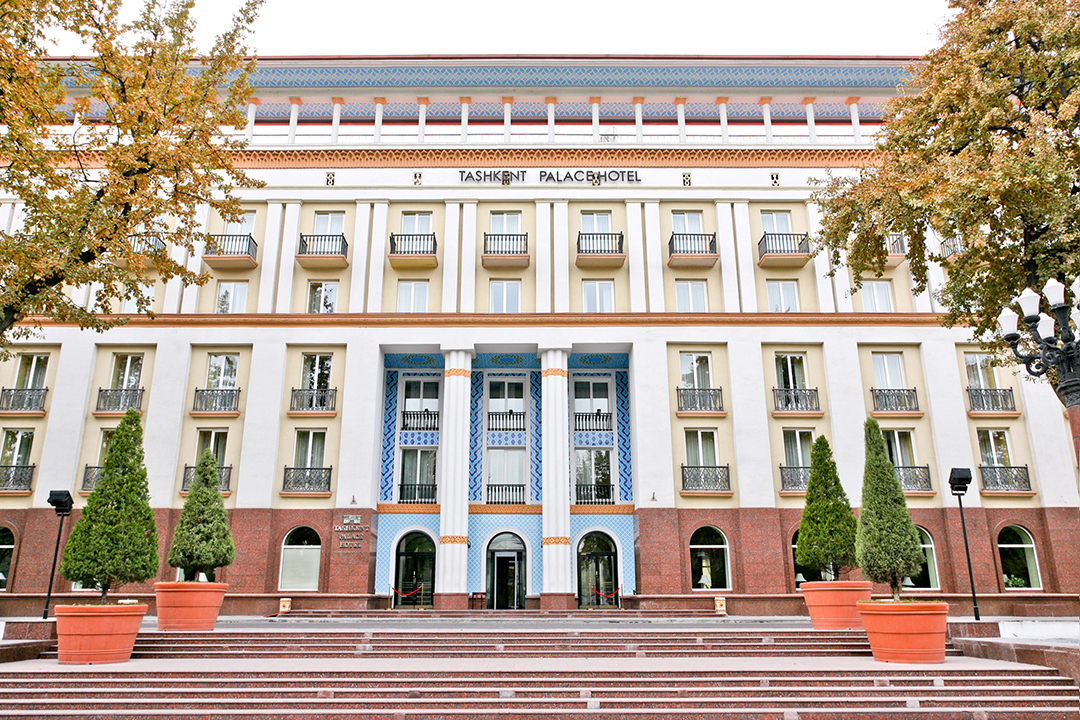 Where to Stay in Tashkent: LOTTE City Hotel Tashkent Palace
Opened in October 2013, LOTTE City Hotel Tashkent Palace is housed in a building that was constructed in 1958 and has since become a national cultural heritage of Uzbekistan. It's surrounded by Alisher Navoi Opera and Ballet Theater, Abu Sakhiy Trade Center and the National Bank of Uzbekistan. Its beautiful courtyard, outdoor pool and the rooftop outdoor restaurant '6 Floor,' with a capacity of 300, make this hotel extra special.