Why Do We #DavidHockney
Thanks to the David Hockney exhibition underway since March 22, the Seoul Museum of Art is a full house everyday. Even without the reference to Hockney as “the most expensive living artist,” it is exhilarating enough to think that we can see so many of his works right here in Seoul.
There’s an ongoing exhibition of works by David Hockney in Seoul right now. Open from March 22 through August 4, “David Hockney” is the artist’s first large-scale solo exhibition held in Asia and is co-organized by the Seoul Museum of Art (SeMA) and Tate Britain. The exhibition is supported by full-scale promotional activities befitting the name. SeMA announced a total of 133 pieces of artwork by Hockney will be displayed. Ranging from works created in his student years at the Royal College of Art in London in the 1950s and his time in Los Angeles during the 1960s and 1970s to more recent works from the 2000s to the present, his collection is comprised of paintings, prints, drawings, and photographs that provide a glimpse into his life as an artist. In response to this inaugural event, an unprecedented number of visitors are heading everyday to SeMA. What prompts this fervor over David Hockney’s artworks? Better yet, why do we have to be excited about seeing his works of art in person?
“Five people: Picasso, Goya, Rembrandt, Michelangelo, and a writer, perhaps I’ll say Goethe, because I know he was an interesting conversationalist and I don’t know much about him.”
David Hockney, Interview with The Guardian 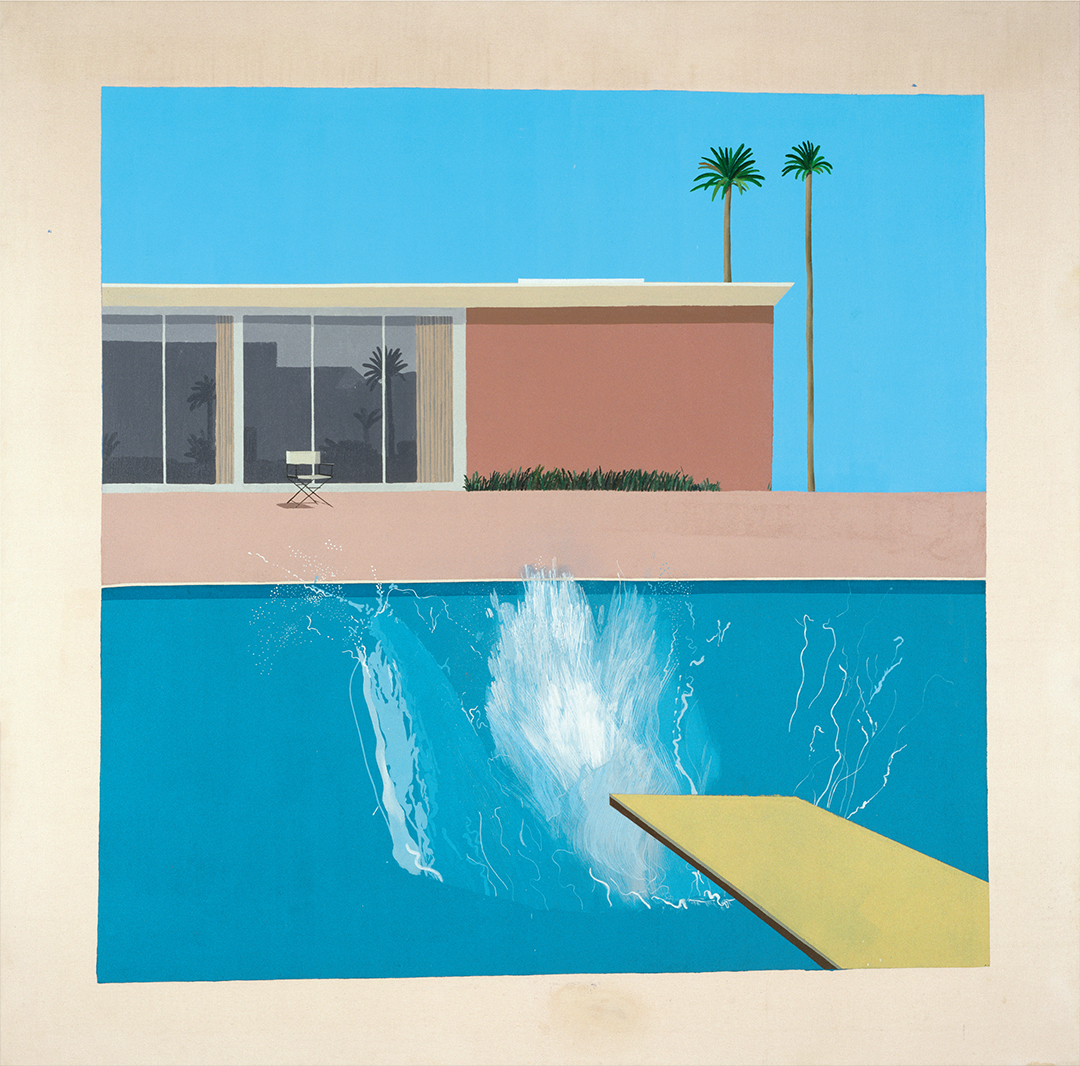 Hockney Is a Genre
There are numerous ways to describe David Hockney. He is considered a genre in itself in the art circle and his name is treated like a proper noun now. One of the famous expressions is “the most expensive living artist” with a hashtag, concocted when his 1972 painting ‘Portrait of an Artist (Pool with Two Figures)’ sold for 90.3 million dollars (equivalent of 109.1 billion won in Korea) at Christie’s auction house in New York City in 2018, setting the record as the most valuable artwork by a living artist sold at auction. Also, “the most popular artist” (of the contemporary era) and “the master of contemporary art” (currently living), each with a hashtag, are other common phrases to describe him. David Hockney is a living legend who has garnered almost all the honors contemporary art can give. 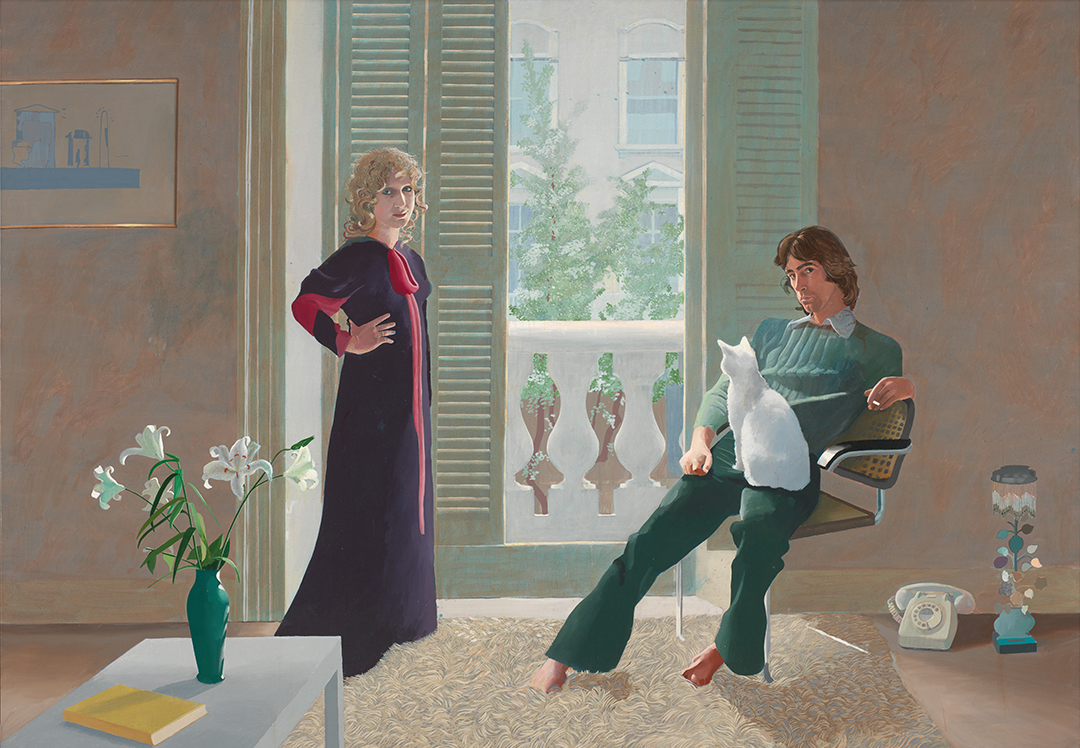 Born in Bradford, Yorkshire, England in 1937, Hockney has drawn attention in the art circle from his student years at Bradford School of Art and the Royal College of Art in London. He showed interest in painting, drawing, printmaking, photography, and other mediums involving images, and experimented with various techniques to be used on a flat surface. From the early days of his career in the late 1950s to the early 1960s, his works followed the popular movements of that time, such as abstract expressionism or Cubism. However, Hockney soon started polishing his unique style of expression where he tries to blur the boundary between abstract expression and concrete representation, repudiating modernism and minimalism. This was the beginning of his unique versatility in selecting various styles, approaches, and themes to work with. Not long after, in 1964, Hockney stood at an important junction in the formation of his art career. He moved to Los Angeles. There he focused on paintings depicting the city’s relaxed atmosphere. He continued to seek changes without immersing in one theme or medium, as he worked on pool paintings and a series of double portraits in the 1970s and on photo collages and large-scale landscape paintings in the 1980s. He kept on exploring various perspectives in the 1990s, and in the early 2000s, Hockney released an iPad drawing series, a step forward into the digital era, refusing to give up his effort to expand the world of art. 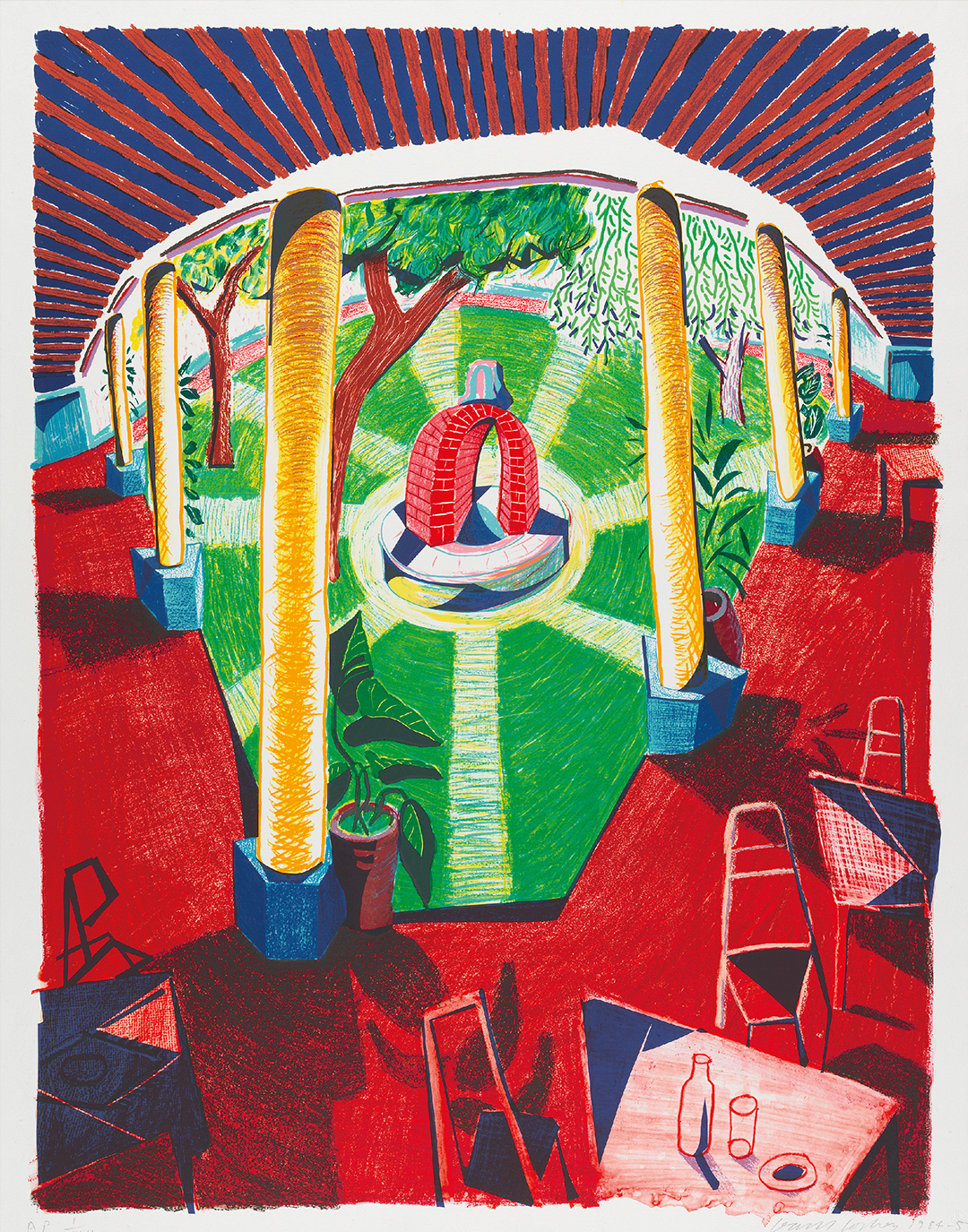 Changing, Reinventing Artist
In addition to experimenting on mediums and styles, Hockney also showed a unique approach to subject matters. Being gay in the 1950s’ conservative England, he boldly highlighted the themes of sex and love through his works, refuting the oppression on sexuality head on. While sharpening his criticism on social injustices, he continued to question the stylization effort to group his time period into a certain movement in art history. This led to his works in the 1960s through which he either made fun of and satirized artificiality, or visualized his artistic, in-depth exploration of spontaneity. From the late 1960s through the 1970s, Hockney focused a lot of his artistic energy into depicting the people and space around him, as he took a keen interest in the relationships he made and the emotions that came along. A series of double portraits attest to such effort. In the 1980s, he started using much more vivid colors for a new style of painting featuring multiple focuses that work for presenting multidimensional subjects. This methodology allowed him to deconstruct the theme of space yet again. In the 1990s, having grown skeptical about the world viewed through the camera lens, he worked on the issues of angles and focuses. Subsequently in the 2000s, Hockney introduced a new attempt at art where he used digital technology to portray the extended time and space.
Varying from a greater admiration to a harsher criticism, evaluations are part of David Hockney’s life. What cannot be denied though is the fact that Hockney is one of the most influential artists in contemporary art history of the 20th century.

Display in Seoul
The David Hockney exhibition in Seoul presents the works of art created during the artist’s 60-year career in seven sections. The exhibition hall is mostly filled with his print works. In sections entitled Los Angeles, Toward Naturalism, Moving Focus, and the World Viewed by Hockney, visitors will be able to see some of his major paintings. One of his iconic paintings, ‘A Bigger Splash (1967)’ is on exhibit in Los Angeles section. ‘Mr. and Mrs. Clark and Percy (1970-1971)’, a double portrait representative of his unique painting style, can be found in Toward Naturalism section. In Moving Focus section, visitors can enjoy ‘Views of Hotel Well III (1984-1985)’ painted in colors resembling the works by Henri Matisse, who inspired Hockney. Lastly, in the World Viewed by Hockney section, ‘Bigger Tree Near Warter Or/Ou Peinture Sur Le Motif Pour Nouvel Age Post-Photographique (2007)’ greets visitors. The massive painting consisting of 50 panels has previously been displayed at the National Museum of Contemporary Art in Gwacheon.

The evaluation on David Hockney is still ongoing. Varying from a greater admiration to a harsher criticism, evaluations are part of the artist’s life. What cannot be denied though is the fact that Hockney is one of the most influential artists in contemporary art history of the 20th century. That’s enough reason to go see the David Hockney exhibition in Seoul. 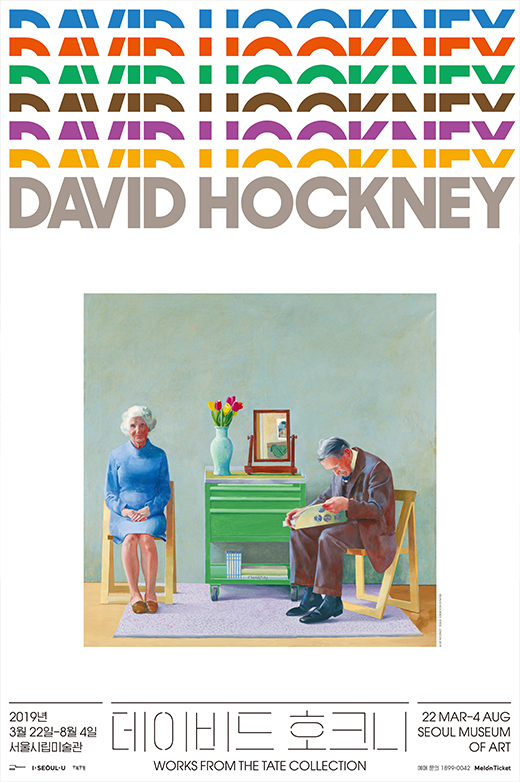