[BRIEF HISTORY] Evolution of Daejeon
Lying smack in the middle of Korea, Daejeon is an education hub and mecca of cutting-edge science and technology. The name of the city literally translates to 'large field.' Let's take a closer look at its history.
01
BC 10C: There are some relics from the Paleolithic period (south of Mt. Obong and Dunsan-dong) and Neolithic era (Dunsan-dong). And traces of the Bronze Age, which began around 1,000 BC, can be found all over Daejeon, including Dunsan-dong, Gung-dong, Nae-dong, Tanbang-dong, Wonnae-dong and Mt. Bomun. And remains that have been discovered in Nae-dong have demonstrated that the Bronze Age culture developed most rapidly and reached its greatest heights in Daejeon.
02
AD 3C: With the development of the Bronze Age culture, a primitive state was formed. 'Shinheunguk' is presumed to have ruled Daejeon and its surrounding areas. From the first to the third centuries, there were about 54 small nations in the Han River basin plus Chungcheong and Jeolla regions. Together, they formed the Mahan confederacy. They eventually integrated into Baekje by the fourth century.
03
498: In 475, Baekje so its capital Hanseong taken over by Goguryeo's King Jangsu, and King Gaero was killed as well. Baekje relocated its capital to Ongjin (Gongju) and built many fortresses to defend itself against Goguryeo and Silla. In 498, Sajeong Fortress was erected in what is now Sajeong-dong in Dong-gu, considered a strategic location at the time. There are remnants of 48 fortresses across Daejeon, more than any other municipality on the Korean Peninsula.
04
660: During Baekje, Daejeon fell in the county of Wusul. After Baekje collapsed in 660 as Sabi Fortress was felled by Silla-Tang allied forces, movements to revive the kingdom popped up all over the place. And those forces based in Daejeon blocked off the passageways linked to Boeun, Okcheon, Daejeon, Yuseong and Gongju, disrupting Silla-Tang's transfer of its provisions and supplies. But one by one, Jira Fortress in Birae-dong and others in Sajeong, Heukseok and Wolpyeong fell, putting an end to the revival movement. 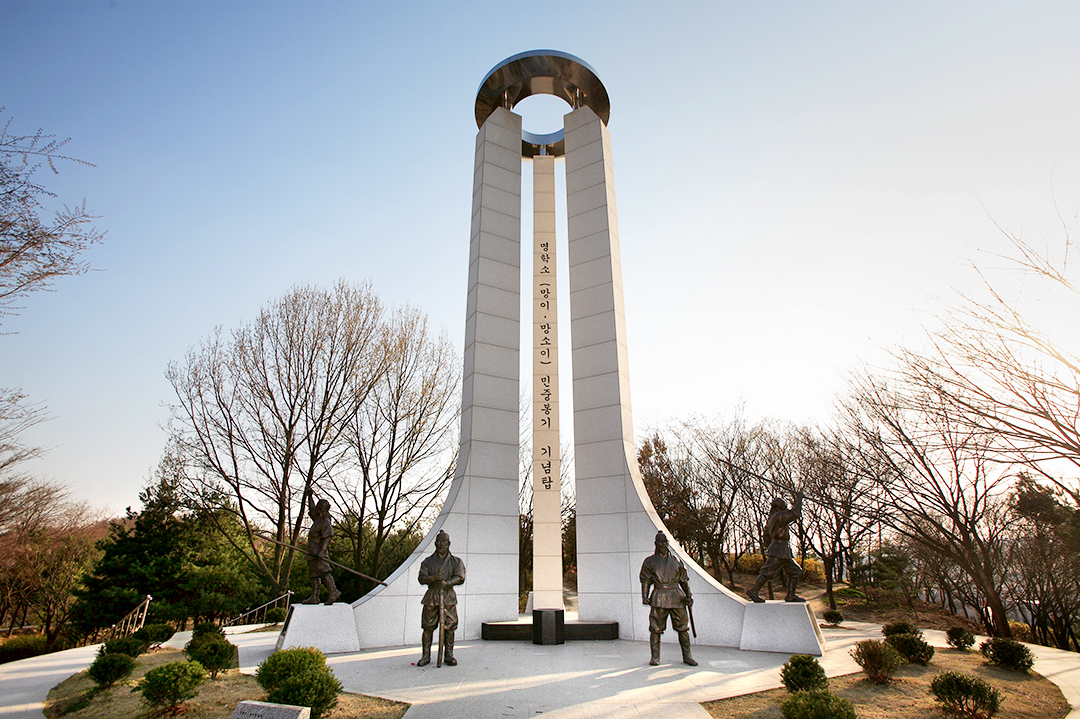 05
1176: The revolt of Mangi and Mongsoi, aimed at abolishing the caste system, is also called 'The Uprising of Gongju Myeonghakso.' Myeonghakso is presumed to have been located around Tanbang-dong, Goejeong-dong and Galma-dong in present day Daejeon, which were prefectures under Gongjumok. Daejeon remained within Gongjumok during Joseon Dynasty.
06
1715: Yeongnam and Giho schools are two major academic groups for Confucianism during Joseon. Gongju was the main base for Giho, and Daejeon fell under Gongju and Jinjam counties. In 1715, Kwon Yi-jin, grandson of Song Si-yeol, established a school in Daejeon's Musu-dong named Yeogyeongam. It's very well preserved and open for public viewing.
07
1898: In September 1898, Japan acquired the right to build a railway connecting Busan and Sinuiju. The route was supposed to stretch from Seoul-Suwon-Cheonan-Gongju-Busan, but amid opposition from Confucian scholars, it was altered in March 1900 to pass through Daejeon, rather than Gongju. 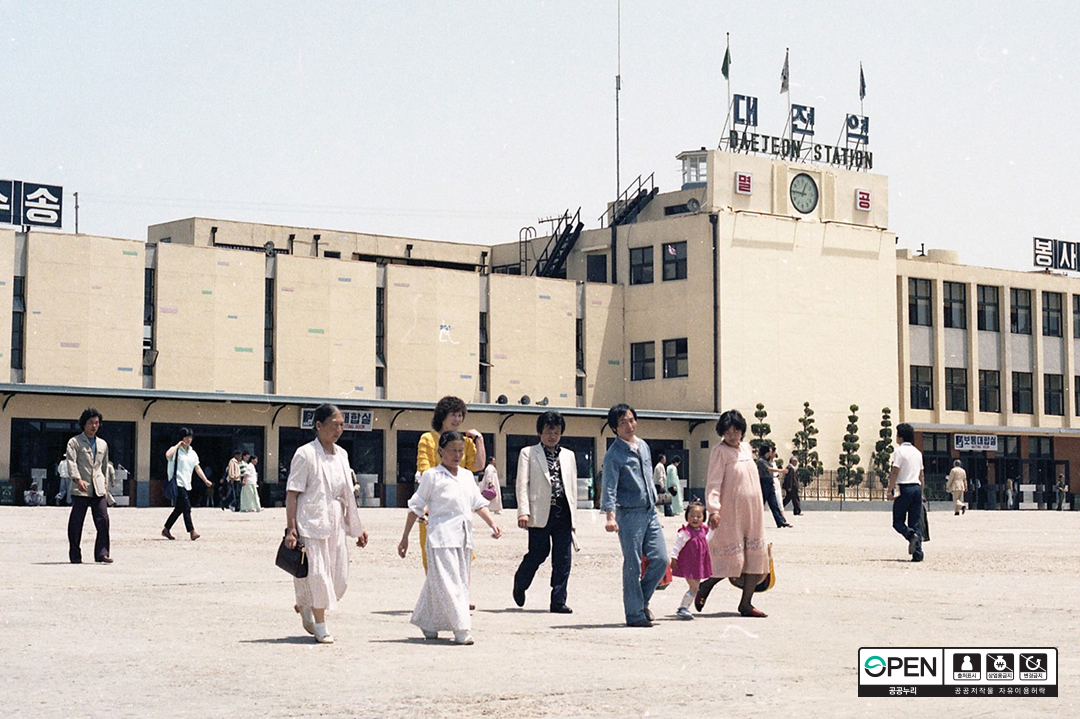 08
1904: In June, Daejeon Station was complete. And the Gyeongbu Railway was finished on Nov. 10. Daejeon Station had its first train on May 25, 1905. In 1914, the Honam line also started traveling through Daejeon. A small town of 3,000 people in the 1800s Daejeon transformed into a transportation hub thanks to Daejeon Station.
09
1907: Joseon people balked at black smoke coming out of trains and they even campaigned to have railways destroyed. But the Japanese tried to make the best use of them. Eighty-eight Japanese people settled down in an area connecting Daejeon Stream and Daedong Stream. In 1907, the Japanese people developed Yuseong Hot Spring. In 1909, there were more than 2,500 Japanese residing across Won-dong, Jung-dong and Jeong-dong, with their own Japantown.
10
1914: As the rail transportation replaced water transportation on Geum River, discussions for a new administrative city began. In 1941, the new county of Daejeon was set up, following merge of Hoedeok and Jinjam, formerly of Gongjumok. The country office was headquartered in Daejeon. In 1917, Daejeon-myeon came into place. A Mitsui Corporation factory and a Japanese shrine were built in Daejeon later. 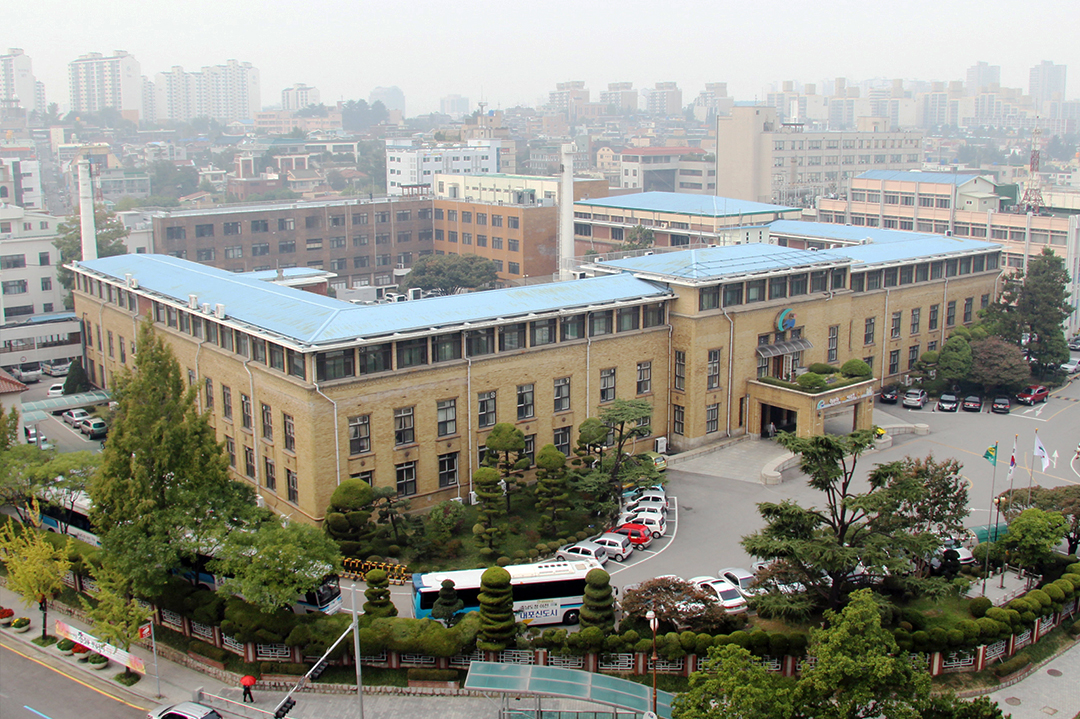 11
1932: The provincial government office for South Chungcheong relocated from Gongju to Daejeon. It moved to Hongseong's Naepo New Town in 2012. But the old provincial government building was designated as 18th Cultural Property for showing architectural style for government buildings during the Japanese colonial period. During the Korean War, the building served as the temporary central government office and the Army Headquarters. The film “The Attorney” was shot there.
12
1949: Daejeon was elevated to 'city.' It continued to progress, and by the mid-1980s, a new town was under development in the western area of Dunsan. The popular kept rising, leading Daejeon to become a direct-controlled municipality in 1989 and then a metropolis in 1995. As the heart of the city moved west, the old downtown had a rebirth as a cultural district.
13
1950: On June 28, 1950, three days into the Korean War, the central government relocated to Daejeon. People followed the government down south, as the population in Daejeon soared from 130,000 to over 1 million. For 17 days starting on July 16, there were several genocides in the temporary South Korean capital, whenever the South Korean and the North Korean armies retreated.  Daejeon Prison and Francesco Monastery (currently Congregation of the Sacred Word Cathedral) were the backdrops to these tragic events. 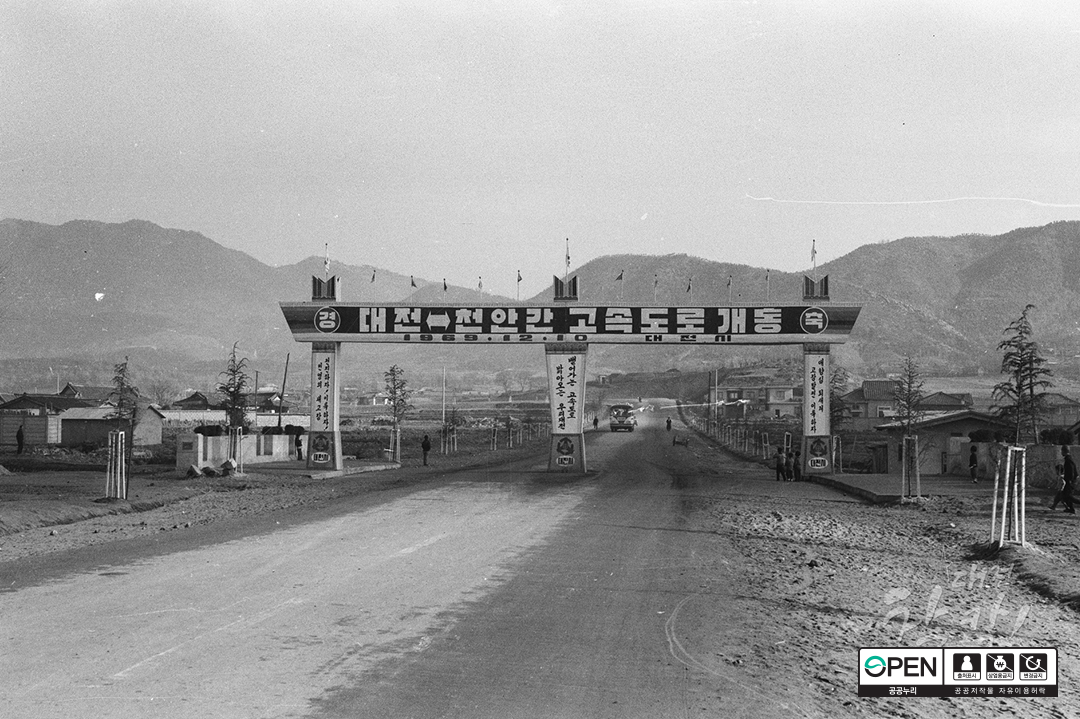 14
1974: The plan to built Daedeok Research and Academic Town was introduced in 1973, and the seven-year project got the ball rolling in 1974. Due to the oil crisis, it wasn't until the mid-1980s that the construction was in underway in earnest. In 2005, Daedeok was designated as a special research and development district, and it remains at the forefront of cutting-edge science and technology in Korea. 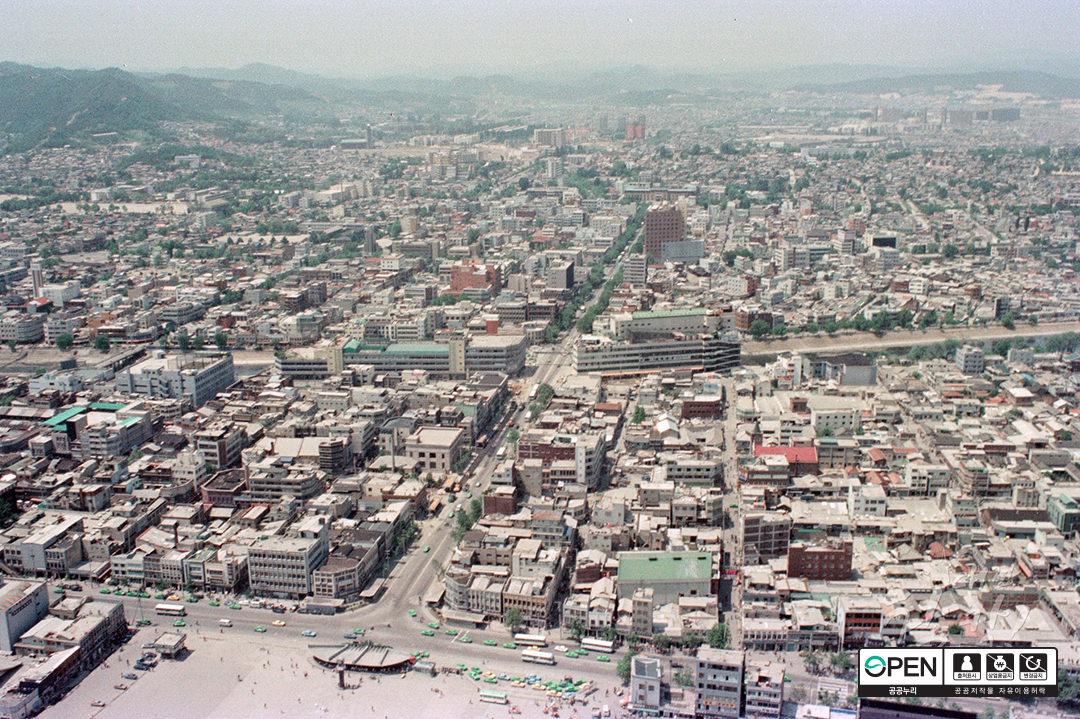 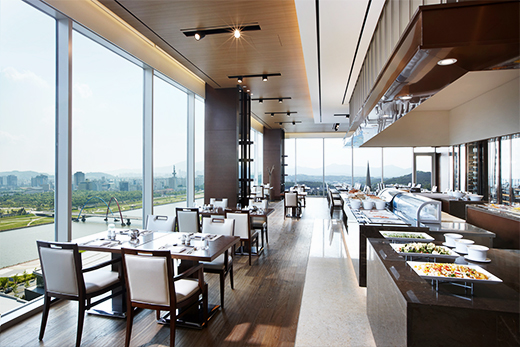 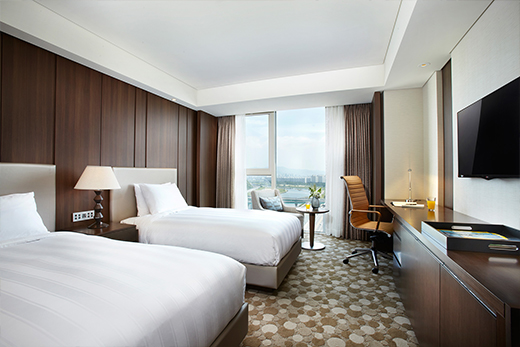