[BRIEF HISTORY] Samara, a City in Transformation
We take a look at the City of Samara, constantly transforming itself from a small fortress town into the home of one of the largest industrial centers among world powers and a leading aerospace industry, as well as the venue for the 2018 FIFA World Cup games.
01
1243: The name ‘Samara’ appears in history hundreds of years later. With that in mind, however, it seems natural that a town was formed at the confluence of the Volga and Samara Rivers. In 1243, Batu Khan, grandson of Genghis Khan, founded the Kipchak Khanate after conquering Russia situated between the Caspian Sea and the Black Sea. The empire’s name, Golden Horde in English, was inspired by the golden color of the tents the Mongols used in wartime. It also suggests that the Samara region would have been surrounded by the Mongolian golden tents
02
1480: The Mongol Empire ruthlessly ruled over Kievan Rus’, present-day Russia, for 240 years. While the Grand Duchy of Moscow, subject to the Horde, continued to grow strong, the Empire has fractured into five separate Khanates. The name of a political entity ending with Khanate or Khaganate implies it is of a Mongolian or Turco-Mongol descent. In 1480, Ivan III the Great of Moscow ended the rule of the Mongol Tartars.
03
1547: Ivan IV, known as ‘Ivan Grozny’ or Ivan the Terrible, was crowned the tsar. He took over the Kazan Khanate in 1552, followed by the Astrakhan Khanate in 1556. Gradually the Volga region including Samara became absorbed into the Grand Duchy of Moscow.
04
1586: Feodor I, son of Ivan IV, built a fortress in Samara. It was the first time the name Samara was used. Samara means summer.
05
1780: There is a 5 km-long scenic street along the bank of the Volga River in Samara. The embankment transformed the small fortress town into a harbor city. Samara soon became a strategic location connecting Central Asia, Europe and Siberia. Samara’s government institutions, courts, and other administrative facilities were built between 1780 and 1782. 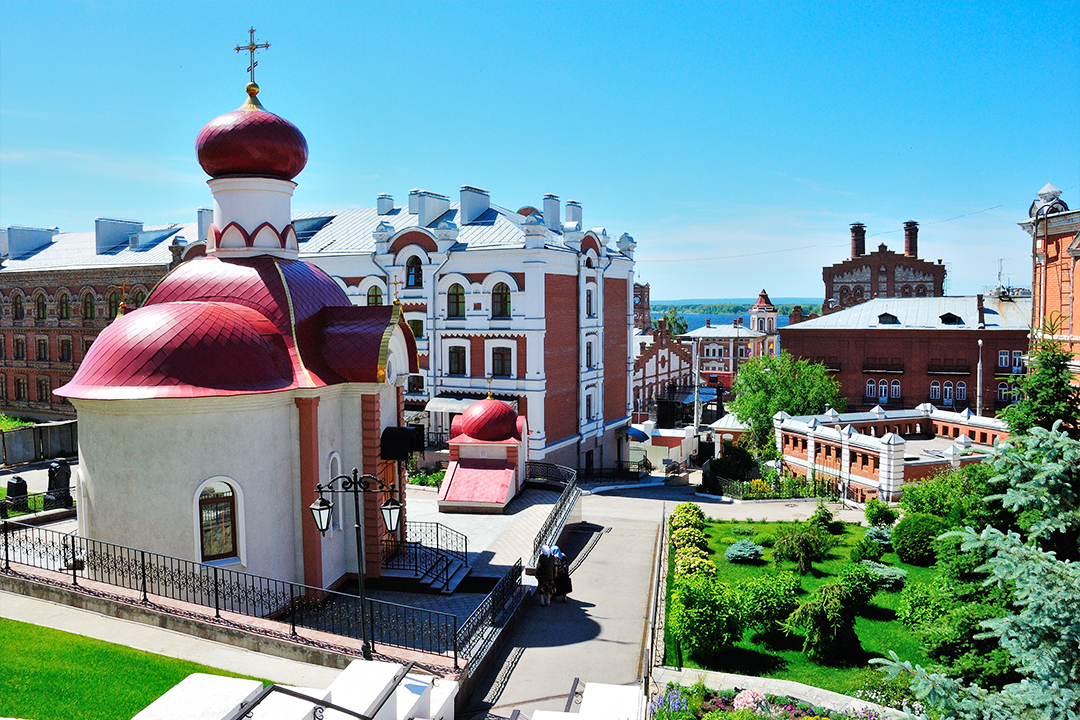 06
1850: The population of Samara surpassed 50,000. The Iversky Female Monastery, once home to 360 nuns, was also built in 1850. The convent, restored in 1991, features the beautiful 19th-century architectural style.
07
1860: Halfway through the 19th century, Samara saw an influx of immigrants from various backgrounds including Germans, Jews, and Muslims from Central Asia. The Pokrovsky Cathedral  for Russian Orthodox believers with stunning golden and marble interiors and St. George’s Lutheran Church of modest style were all built in 1860. A Jewish synagogue was established in 1910. The biggest mosque in Russia is also located in Samara. Samara is in fact a representative multi-faith city in Russia.
08
1877: In 1877, a railway connecting Orenburg and Samara was launched. Samara’s quay used by thousands of ships and the construction of the railway further enhanced the city’s status as a logistics center. With the development of the outskirts, the perimeter of the city was expanded. The Samara Railway Station is the tallest station building in Europe, reaching 101 meters above ground.
09
1881: Samara is called the capital of beer in Russia. An Austrian aristocrat opened a beer brewery in the east of the Volga. In 1917, the Soviet revolutionary army confisticated the brewery and changed its brand name to Zhigulevskoye. Having been the favorite beer during the Soviet era, the Zhiguli beer is now the symbol of Samara’s food industry along with chocolates and Rodnik vodka. The Zhiguli Brewery is still in business. 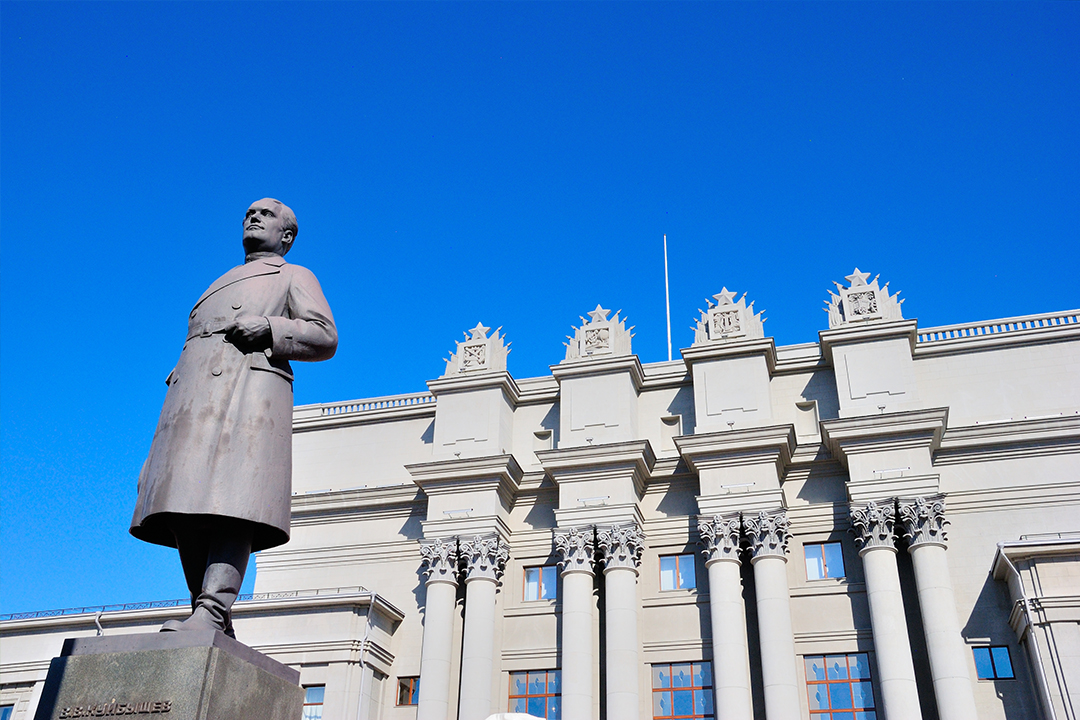 10
1918: Following the 1917 coup, the Soviet revolutionary army took over Samara the next year. In 1935, the city was renamed Kuybyshev, in honor of Bolshevik leader Valerian Kuybyshev, a former chairman of the Samara revolutionary committee who died of a heart attack. The changed name remained until 1991. Kuybyshev Square is still the largest one in the European continent.
11
1941: The Soviet Union embarked on a war against Nazi Germany. Russia called World War II the Great Patriotic War, referring to its involvement from 1941 to 1945. Samara played the role a temporary capital for the Soviet, as it prepared for contingencies in case of the collapse of Moscow. The population of Samara surged from 400,000 to 600,000, and 187 munitions factories moved into the city.
12
1942: In the fall of 1990, a local newspaper in Samara published an article titled “192 Steps of Stalin,” revealing a secret subterranean bunker built for Joseph Stalin during the war, for the first time in half a century. The bunker, located 37 meters underground, was built after 9 months of digging since February 1942 and is known for its greater size and finishes in comparison to that of Hitler’s or Churchill’s. There are a total of six doors that open, and four of them lead to a trap.

13
1957: A hydroelectric station was built in the northern part of Samara. The electricity generated here would operate factories across the city. Samara is one of the key industrial regions of Russia. A quarter of Russian bearings and 70-percent of Russian cables are produced in Samara. 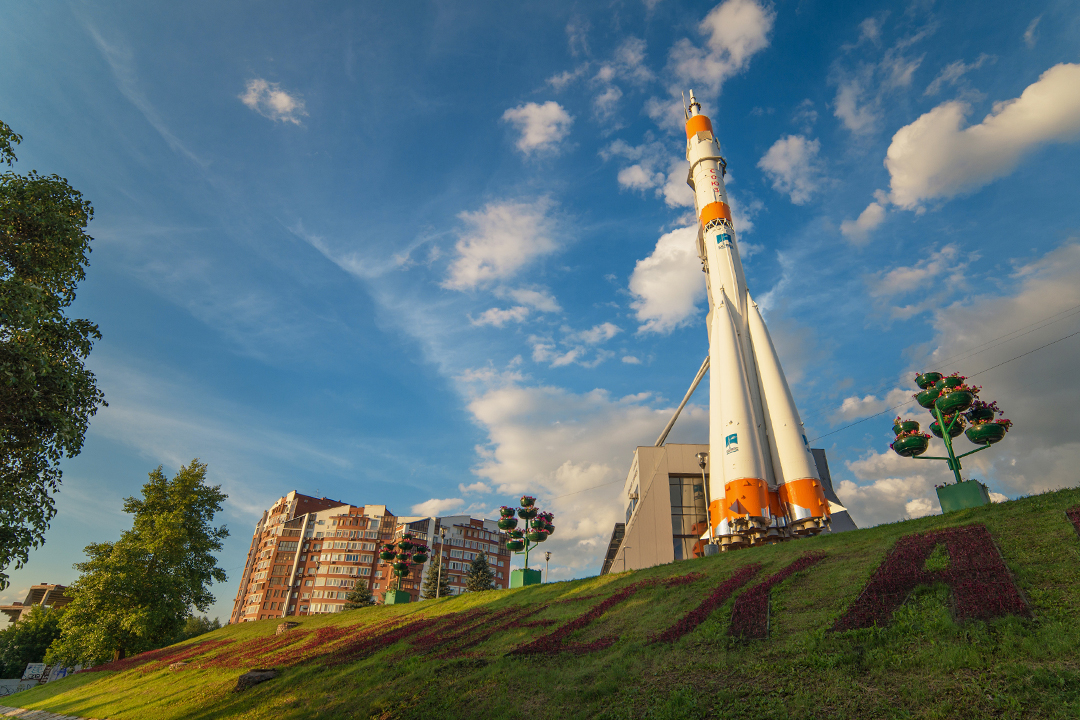 14
1966: During the Great Patriotic War, military aircraft factories in Samara handled 80 percent of the production of IL-2, notorious Ilyushin-2 attack planes of Russia. Constant efforts to develop the city including opening a state-run aerospace university in 1942 has put Samara in the center of the aerospace industry in the Soviet Union. In 1957, the first artificial space rocket R-7, also known as Sputnik, was assembled in Samara. The first Soyuz carrier rocket was launched on November 28, 1966. On April 23 the following year, the launch of the first manned spacecraft took place, but the astronaut died after the spacecraft failed to safely land on earth. Samara, equipped with the facility to launch a manned spacecraft for the first time in the world, was a closed city to foreign visitors during the Cold War.
15
2018: The population of Samara peaked at 1.2 million in 1979. Having experienced its heyday as an industrial and logistics center, Samara went through a prolonged economic crisis over the period of 20 years as the collapse of the USSR brought down its industries as well. In the 2000s, the city regained vitality along with economic stabilization. During the 2018 FIFA World Cup, six games were held in Samara, garnering global attention. LOTTE HOTEL SAMARA, which offers a panoramic view of the Volga River and downtown from its rooms, opened its doors the same year. 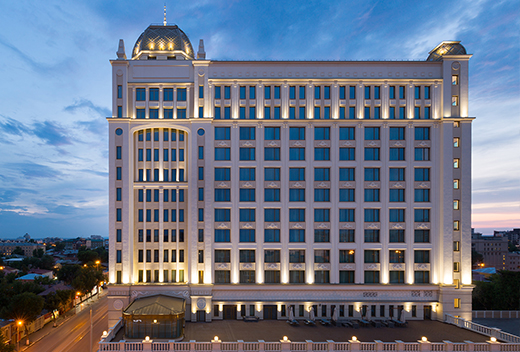 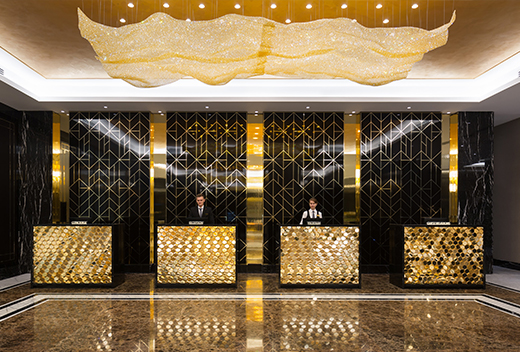 Where to Stay in Samara: LOTTE HOTEL SAMARA
LOTTE HOTEL SAMARA is the first five-star hotel to open in Samara, conveniently located in the heart of the city. A total of 193 rooms overlooking the Volga River are designed in a modern style with state-of-the-art amenities to provide guests with a world-class service. LOTTE HOTEL SAMARA is exceptional in its readiness to host conference meetings. Equipped with 12 conference rooms that can house up to 1,400 people for formal meetings and banquets of various sizes and formats, from an international forum to a business seminar.
Address 110, Samarskaya Street, Samara, Russia LOTTE Hotel Samara
Phone +7-846-920-10-00
Homepage www.lottehotel.com/samara-hotel