Explore NYC Through Books
Art book publishers Assouline and Taschen as well as fashion house Louis Vuitton all have one thing in common: they have published a book about New York. These books include everything about the Big Apple, from art and culture to the lifestyle of New Yorkers. Travel the American metropolis through written words and photos.
“You mean record outside? ”
“That's right. ”
“Like where? ”
“Everywhere.”
In the movie Begin Again, the two leading characters record their music outdoors in the streets of New York. The rooftop of a building with a splendid nightscape, old alleys, or run-of-the-mill coffee shops around the corner all appear classy on screen. Even mundane scenes can look unique and hip because they belong to New York.
Being the melting pot where 8.5 million people of various ethnic and cultural backgrounds form a singular culture, New York City is considered a metropolis. More than 300 million people visit the city, which flatters itself as being the capital of the world, every year.
Not just in movies, New York is a frequent topic in music, photography, and books. Particularly in the book industry, the East Coast city is described and portrayed through diverse methods, including travel logs, photographs, illustrations and historic data. From a publisher specializing in art and design books to a fashion brand printing the NYC-themed artist book and guidebook, these content makers emphasize one common idea. New York is still amazing.
Art-loving Assouline’s New York by New York
Co-published by author and newspaper editor Wendell Jamieson and French art book publisher Assouline, New York by New York clearly shows the affection Jamieson and Assouline founder Martine Assouline have for the city. The heavy book is densely packed with artists’ photographs and paintings and articles written by famous authors, all revolving around New York. An episode about the immigrants from all over the world trying to enter America in the early 1900s and related photographs, James Dean on a rainy day, and  John Lennon taking a photograph in front of the Statue of Liberty catch the reader’s eyes. The writings by F. Scott Fitzgerald and Truman Capote who were known to have admired the city make the book more solid. In fact, New York by New York is not a kind traveler’s guide. Rather, it’s a love song on the history, changes, and present of New York, jointly composed by artists and journalists that have fallen head over heels in love with the city they call home.
Information: Assouline 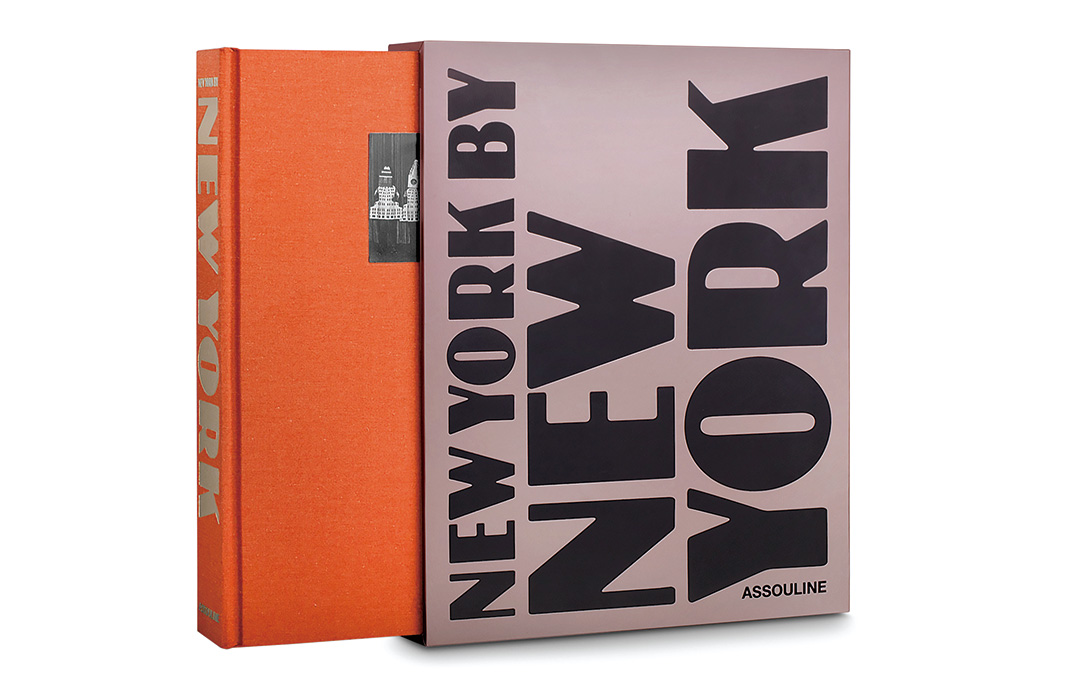 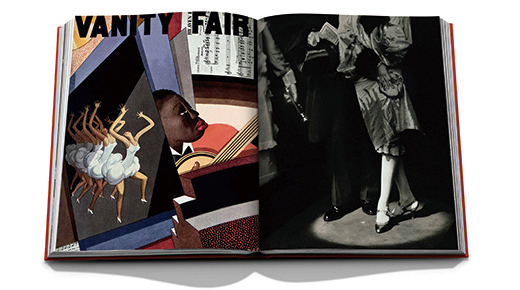 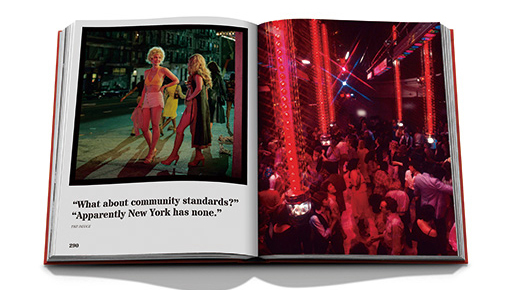 Lavish nightlife in New York as depicted in books

New York from Vuitton’s Perspective
French fashion house Louis Vuitton has been publishing books for the past two decades in diverse fields including travel, fashion, photography and architecture through its publishing arm. The luxury brand, known for its iconic trunk design, has been constantly expanding its travel book collection. Louis Vuitton City Guides was launched in 1988, and Louis Vuitton Travel Book series in 2013. Through the guidebook collection, it gave an overview of some 100 cities around the globe, and since 2013, it has assigned a book for a city. The New York edition offers a list of popular restaurants, bars, and cafes, as well as must-see museums and places of cultural significance, featuring photographs by Mat Jacob and writings by Juliet Kinsman and Daniel Maurer. Meanwhile, the travel book collection is drawing attention with paintings depicting various places of a city through the eyes of a top artist. Its New York edition is filled with artworks by artist and illustrator Jean-Philippe Delhomme. The splendor of the city, along with the daily scenes of New York such as a peaceful park, quiet and lazy backstreets, and busy New Yorkers, adds to the reader’s pleasure, remade into witty drawings by the artist.
Information: Louis Vuitton 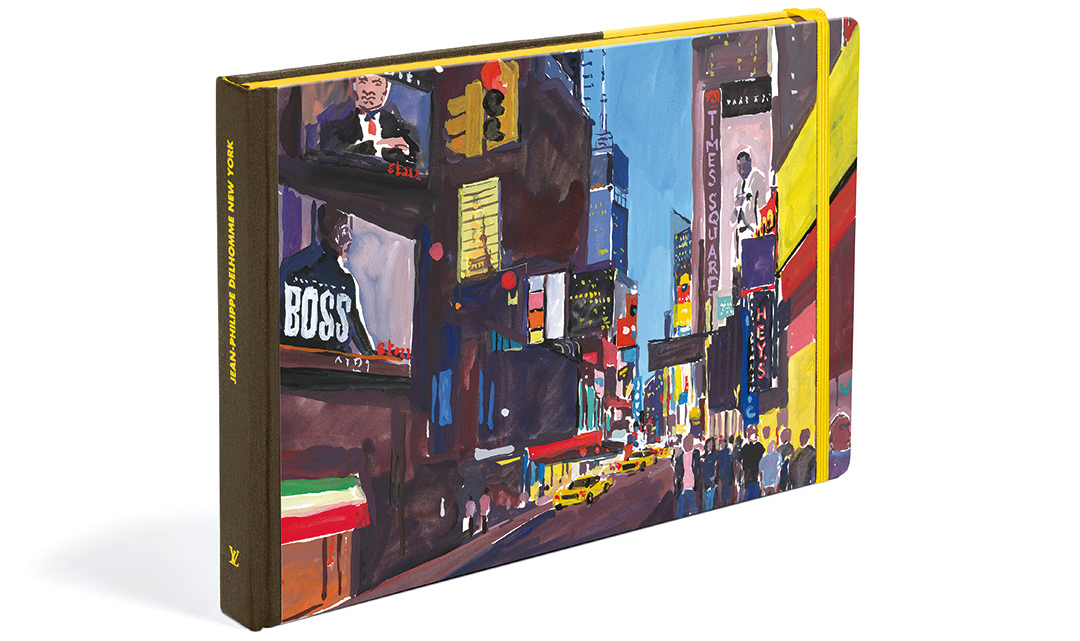 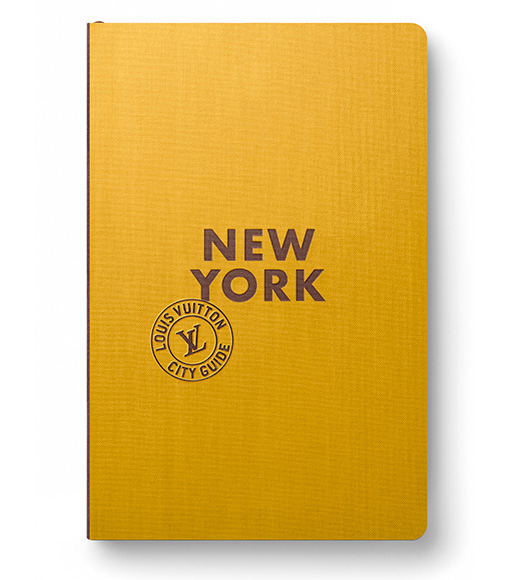 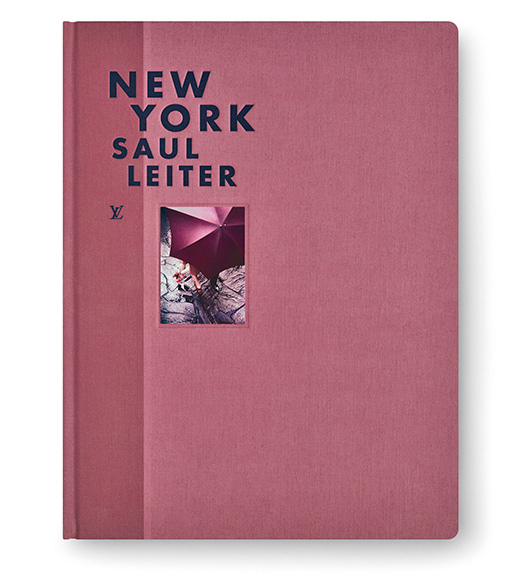 TASCHEN’s New York
Germany-based art book publisher Taschen has an extensive experience dealing with books on travel, cities and culture. Collaborating with the New York Times, Taschen issued the NYT Explorer series where popular destinations around the world, whether cities, beaches, islands, mountains or roads are categorized and edited as separate volumes. TASCHEN’s New York, discussed here, is a second edition of the book introducing hotels, restaurants, and shops in New York. With the cover illustration of a famous scene from the movie Breakfast at Tiffany’s, the book is praised for its detailed and considerate descriptions. The city guide kindly scours SoHo and Tribeca stores and provides tips on a great Neo-Nordic restaurant or New York’s best cheesecake. These hot spots are easy to come across on Instagram. However, by adding photographs by experts and descriptions from reliable sources, Taschen created an in-depth guide to the city. The highlight is the included map where the location of famous venues are kindly marked, courtesy of the meticulous publisher.
Information: Taschen 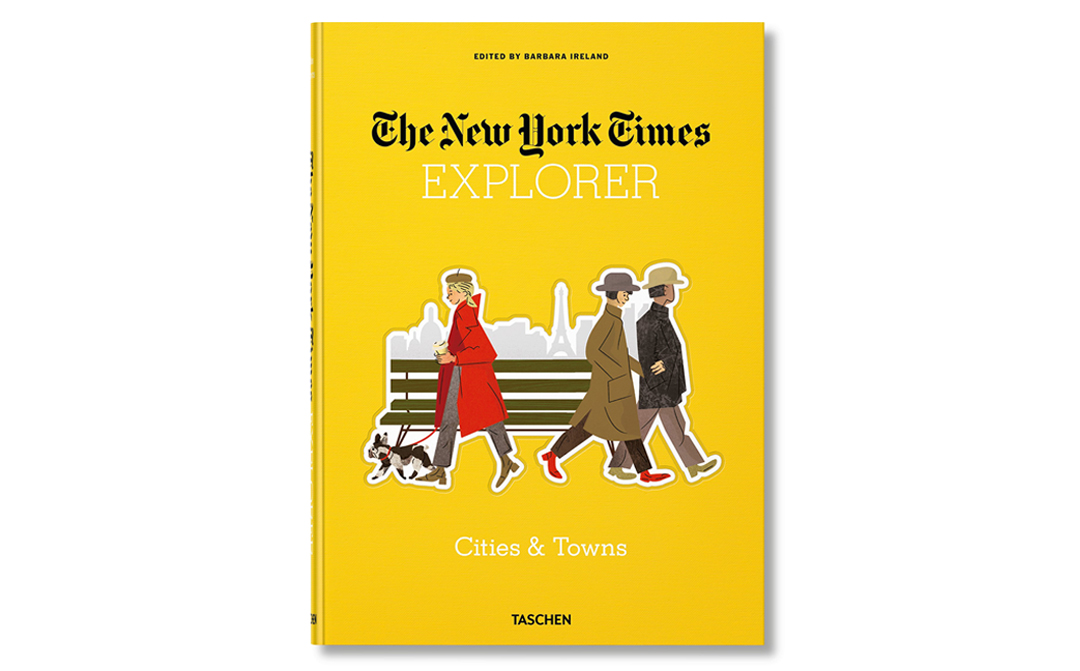 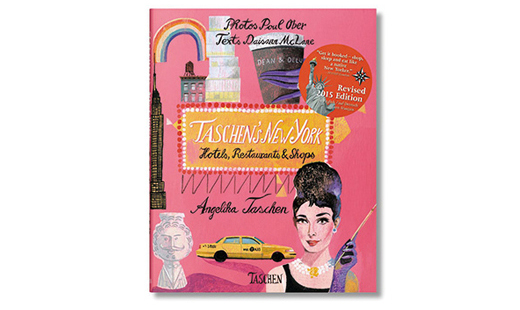 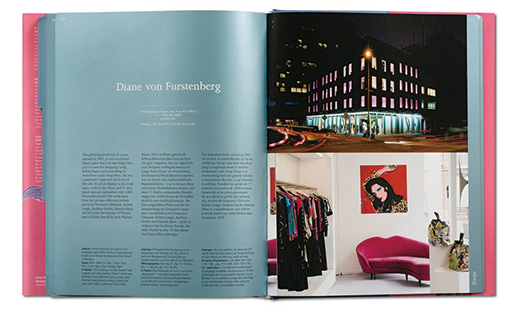 There are details on famous shops and places across New York.