New York Galleries We Need to Focus on Now
There are about 1,500 small and big galleries in New York. We’ve selected a handful of galleries with a potential to survive in the fierce competition among art businesses and lead the New York market in the future.
Gavin Brown’s Enterprise for Experimental Artists
Opened in 1994, Gavin Brown’s Enterprise(GBE) initially started in SoHo, western Manhattan, moved to West Village, then to the Lower East Side, and finally settled in the current Harlem location. The gallery is founded by Gavin Brown who grew up in Croydon, U.K. He himself is an artist and director who stages boundary-pushing, avant-garde exhibitions. He owns art galleries in New York and Rome, Italy. 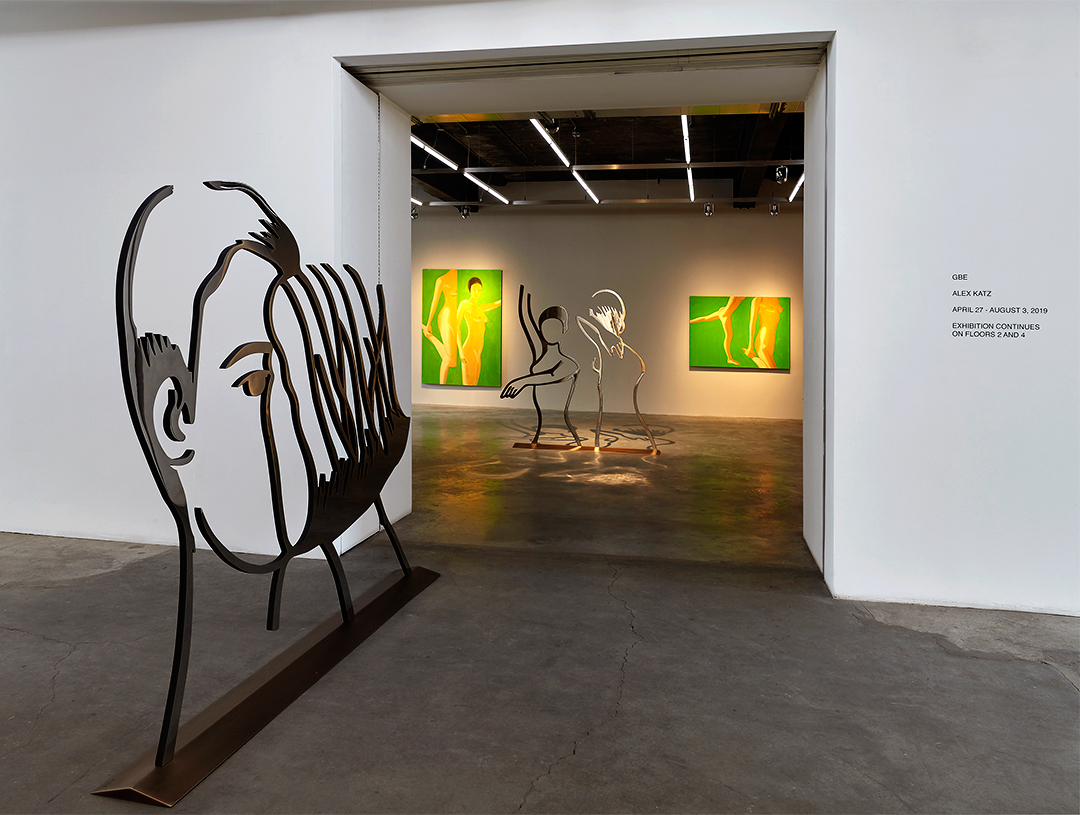 During the Broome Street era, GBE’s first exhibition was with the drawings by Elizabeth Peyton. Installed at a hotel in Chelsea, the show garnered favorable reviews and interest, which continued for the subsequent exhibition. GBE’s inaugural show featured the works by Steven Pipin who used the camera obscura(a primitive form of camera in which an image of a scene at the other side of a box or a dark room is projected through a small hole on that side and appears as an inverted image on the opposite surface) to transform the gallery space. Other early shows at GBE include the exhibitions featuring several artists from YBA(Young British Artists), such as Chris Ofili and Martin Creed. 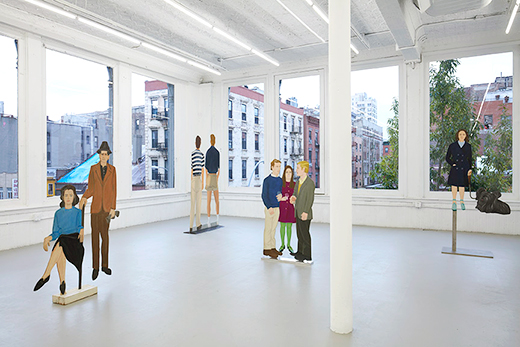 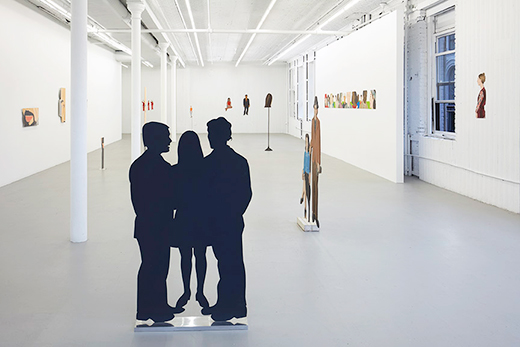 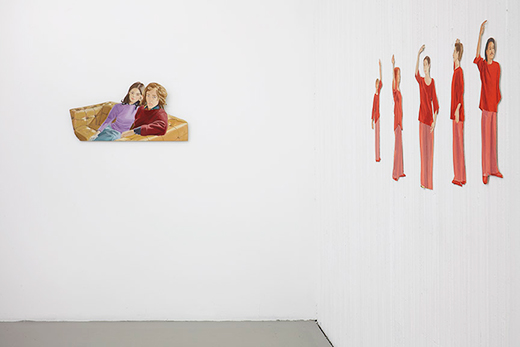 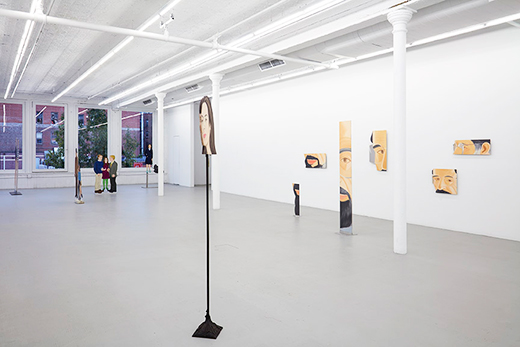 After relocating to Greenwich Street, West Village in 2003, GBE continued to diversify its portfolio by working with contemporary experimental artists including Jonathan Horowitz, Urs Fisher, and Rob Pruitt. Due to the urban development project that took over the Lower East Side, GBE moved to a three-storey, former brewery building in 439 West 127th Street in Harlem.
GBE’s latest interest has been placed on media artist Ed Atkins, Avery Singer who uses digital painting and 3D modeling techniques, and Cy Gavin who explores various topics of subculture. These artists have a common aspect: they pursue contemporary art in an atypical way. This indirectly proves that GBE strives to establish its role in the art circle while continuing its support for the new form of art. 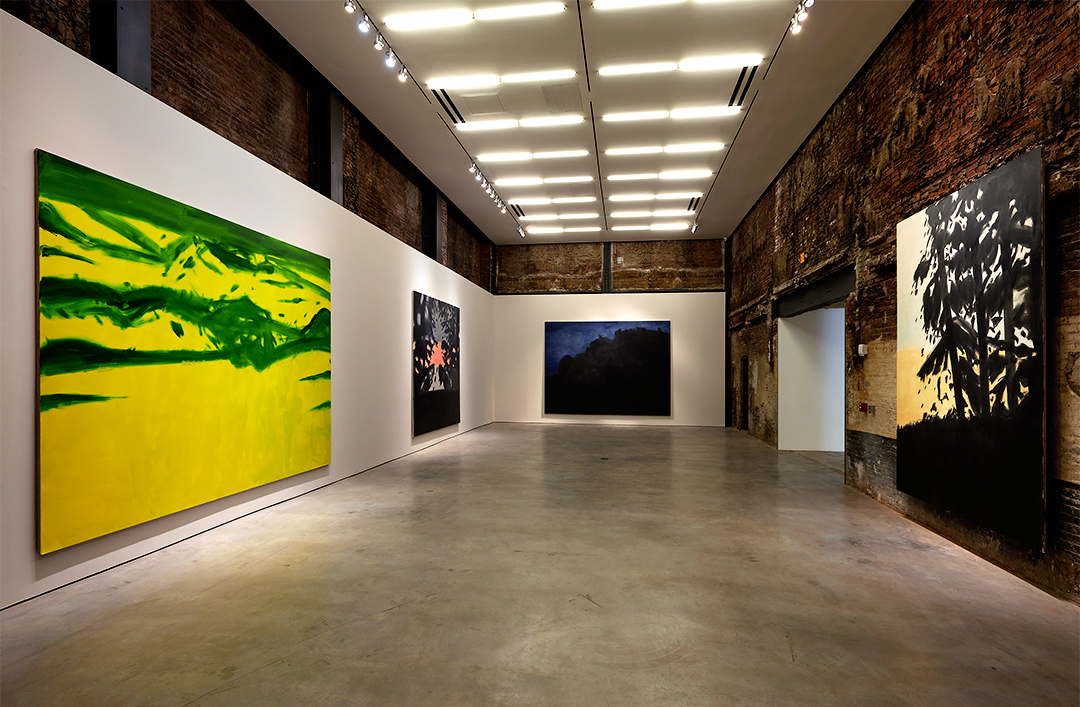 Last year’s solo exhibition by famed artist Alex Katz was a big hit for GBE. Born in 1927, the veteran artist from Brooklyn has shown diverse works of paintings, sculptures, and prints. Throughout his career, he produced numerous figurative portraits and impressive landscape arts, winning respect from fellow artists and inspiring art fans through the essence of painting and sculpture shown in his art. Following on the heels of the Alex Katz show, GBE has featured Ed Atkins until January 19, 2020. They’re currently preparing for the next show.
Address 439 West 127th Street, New York
Phone +1-212-627-5258
Homepage gavinbrown.biz 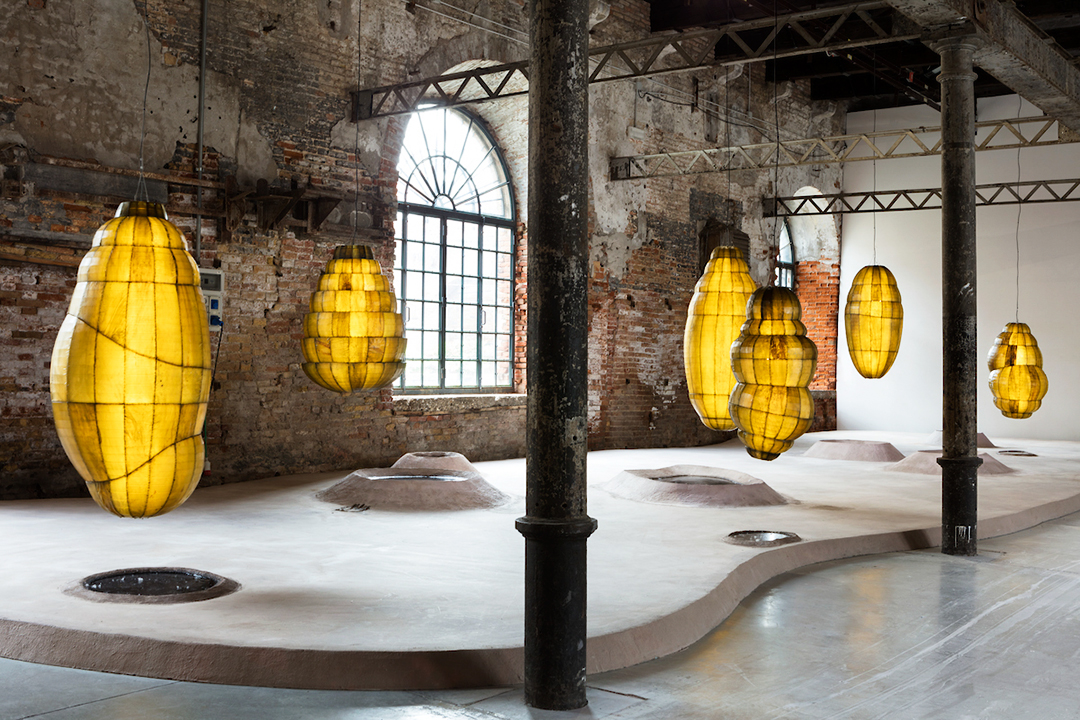 Growing With Artists, 47 Canal
47 Canal is an art gallery founded in 2011 by artist Margaret Lee and art dealer Oliver Newton. It used to be located in Chinatown, Manhattan, and is currently situated on Grand Street. The name “47 Canal” is taken from the original address in Chinatown and also in reference to the commercial project the two founders launched when they opened the art space. After relocating to 291 Grand Street, the gallery still retained its name.
The contemporary art gallery rose to its current status working and growing alongside artists such as artist and curator Josh Kline and visual artist Michele Abeles. It has also introduced to the art circle young talents such as installation artists Amy Lien and Enzo Camacho and conceptual artist Stewart Uoo. Some of them have been invited to the Whitney Biennial 2019 and the 58th Venice Biennale, attracting media attention. 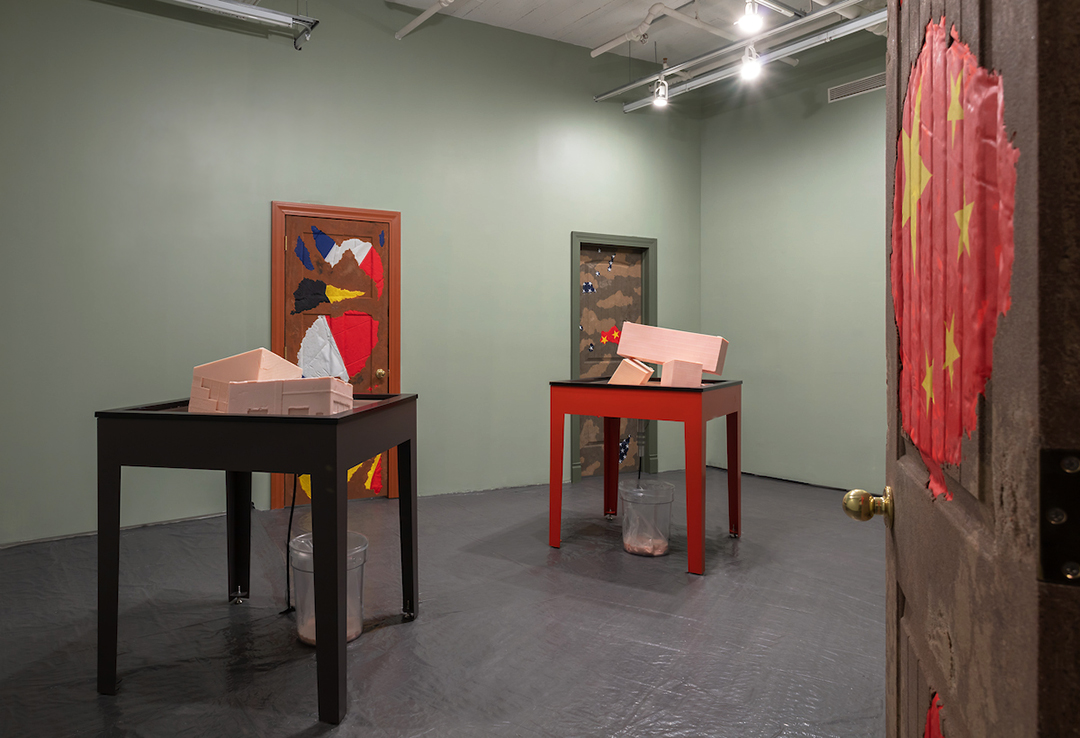 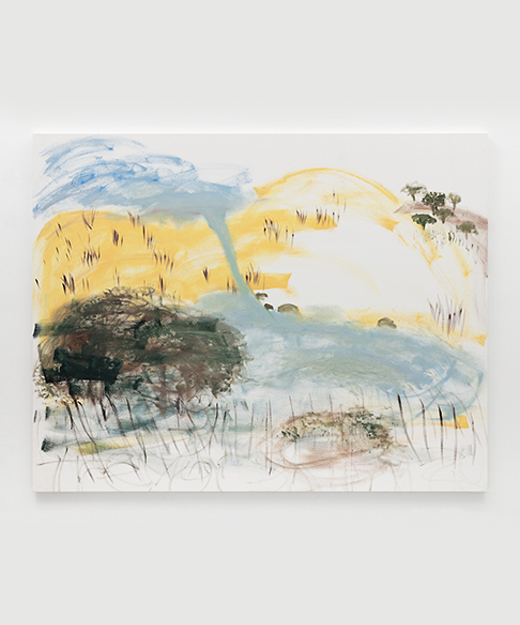 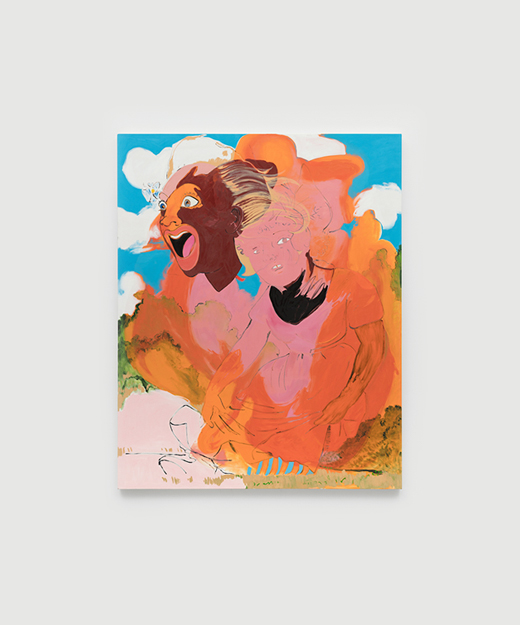 Since its beginning days, 47 Canal has partnered in various ways with artists including Anicka Yi, Josh Kline, and Elle Pérez. Anicka Yi has created conceptual art collaborated with a biologist and a chemist. Josh Kline works on art that internalizes contemporary social issues. Janiva Ellis has painted about the femininity of African-American women. 47 Canal keeps promoting the works of artists describing various social issues and stories of everyday life, not just in the U.S. but everywhere.
Address 291 Grand, 2nd floor, New York
Phone +1-646-415-7712
Homepage 47canal.us 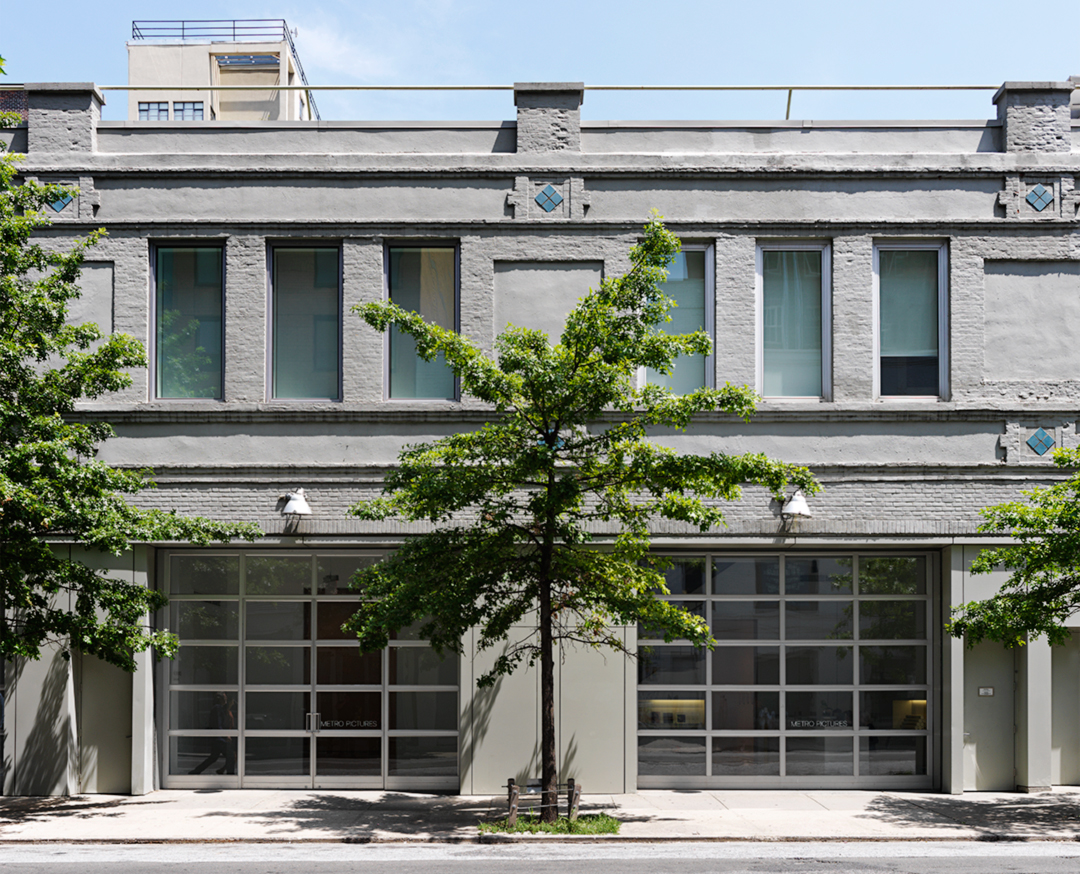 Specializing in Photography & Media, Metro Pictures
Metro Pictures was established in 1980 by Janelle Reiring, associated with Leo Castelli Gallery, and Helene Winer of Artists Space. The art gallery first started at 169 Mercer Street in New York, moved to SoHo, and relocated to Chelsea, Manhattan, their current address. As can be guessed from its name, Metro Pictures mainly focus on introducing works by artists who present media works including photography and videos.
The gallery’s inaugural exhibition presented works by many up-and-coming artists of that time, including Cindy Sherman, Robert Longo, Troy Brauntuch, Jack Goldstein, and Richard Prince. Their works were reintroduced through exhibition held at the Metropolitan Museum of Art in 2009.
From the 1980s when it had just opened, Metro Pictures was quick to accommodate conceptual and unusual attempts by rising artists. The gallery played an active role in introducing artists of distinctive colors, such as Olaf Breuning, André Butzer, and Isaac Julien. 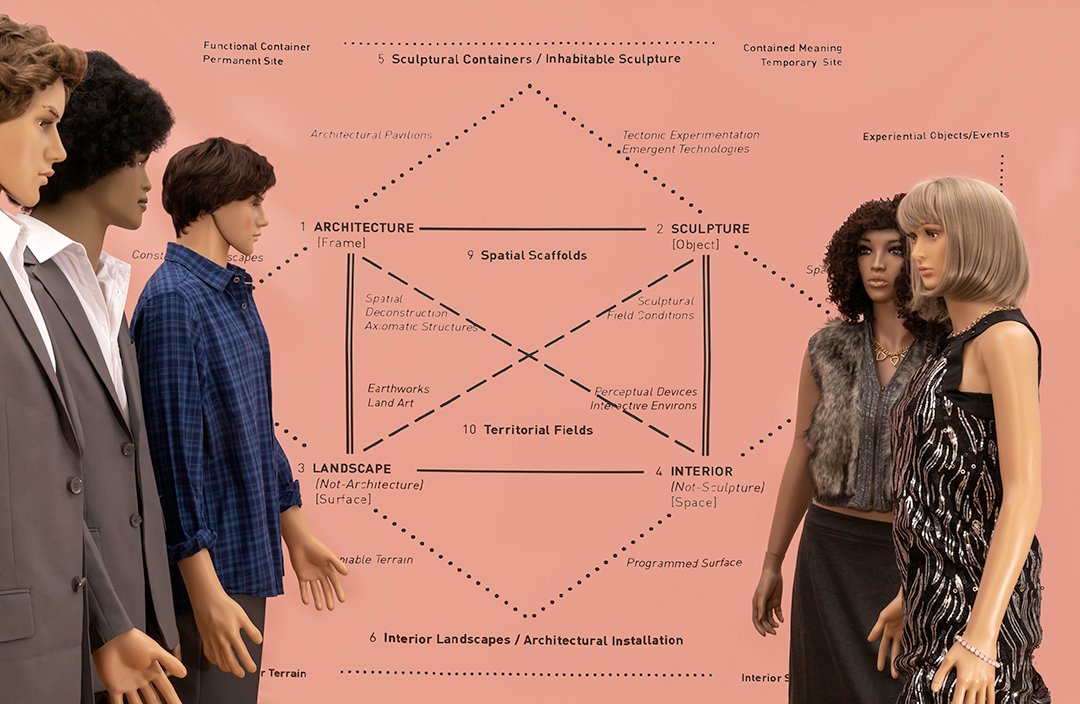 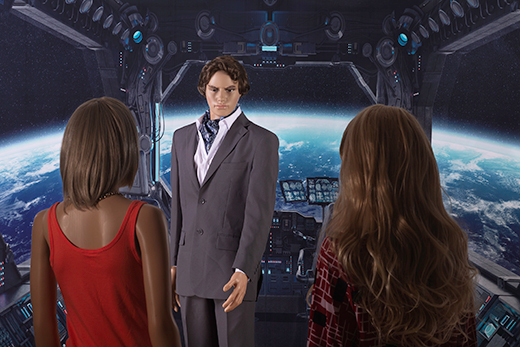 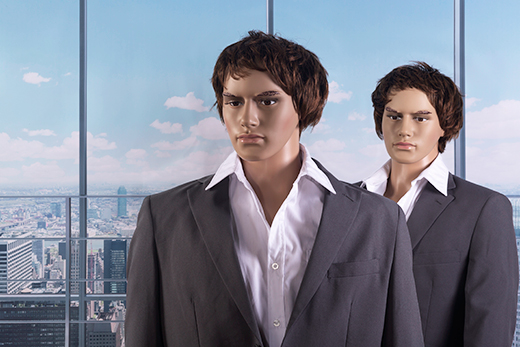 John Miller is one of the artists Metro Pictures is closely working with. His exhibition titled is ongoing at the Chelsea gallery. Having explored ideas of identity, economics, and social class, he deals with a sense of everyday malaise and life’s petty annoyances. A series of large photographs, two installations, and a video titled are displayed with the intent of conveying the identity of artworks placed between the spheres of popular culture and art. The exhibition carries the unique style of Metro Pictures encompassing the media of photography and video along with the artist’s critical perspectives on society.
As usual, Metro Pictures continues to dig up fresh, unconventional artists.
Address 519 West 24th Street, New York
Phone +1-212-206-7100
Homepage metropictures.com 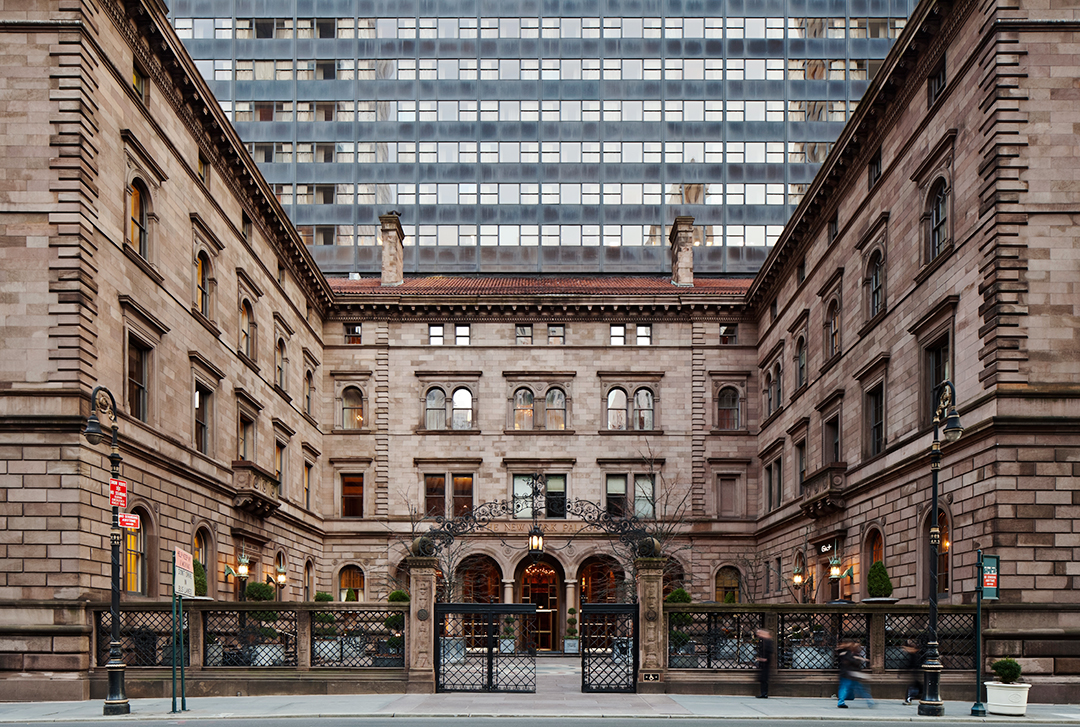 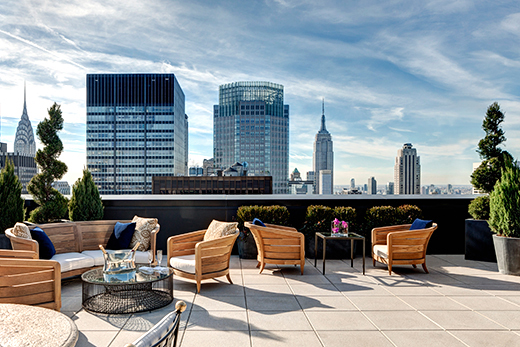 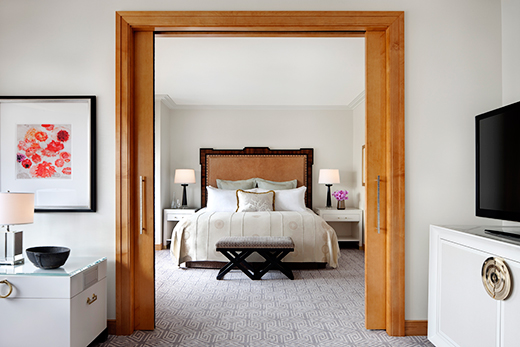 Where to Stay in New York: LOTTE NEW YORK PALACE
LOTTE NEW YORK PALACE is a hotel where Henry Villard’s 19th-century mansion and 55-storey modern building coexist. Having been featured in many Hollywood films including popular TV series , the hotel has become a must-see place for New York travelers. With a total of 909 guest rooms, there are many upscale restaurants, including Restaurant Villard offering local fresh produce for breakfast options, invitation-only salon Rarities, and cocktail bar Trouble’s Trust. Most of the featured galleries including Gavin Brown’s Enterprise and C L E A R I N G are within a 20-minute drive from LOTTE NEW YORK PALACE, making it easy for guests to enjoy art on the trip.
Address 455 Madison Avenue at 50th Street, New York
Phone +1-800-804-7035
Homepage www.lottenypalace.com