Waterfall Exists in City Hotel Lounge!
In the movie “Midnight in Paris,” the main character wanders the streets of Paris at midnight, gets in a strange car, and travels back in time. At Peninsula Lounge & Bar, LOTTE HOTEL SEOUL located in Sogong-dong, downtown Seoul, an unexpected presence of a waterfall leads us to the past of 400 years ago. With a special cocktail in one hand, we embark on a time travel to dig up the truth about the waterfall.
What are the chances of confronting a waterfall in the middle of a hectic city like Seoul? Probably very close to zero. If you are staying in LOTTE HOTEL SEOUL, however, it’s a different story. Walking into the 1st-floor lobby in the main tower of LOTTE HOTEL SEOUL, you will naturally look to your right. Voila! There’s “Sogongyeon,” meaning “Waterfall for Little Princess,” situated inside Peninsula Lounge & Bar. The waterfall which boasts varying appearances each season, stands on a lot behind the glass windows and is a famous feature that regular LOTTE HOTEL customers have known about since a long time ago. The charm of the waterfall in the heart of a big city is added to the leisurely atmosphere of a hotel. For sure, there will be those who become curious about the waterfall in the hotel lounge as they admire the magnificent view of the water plunging down during their break from busy schedule. 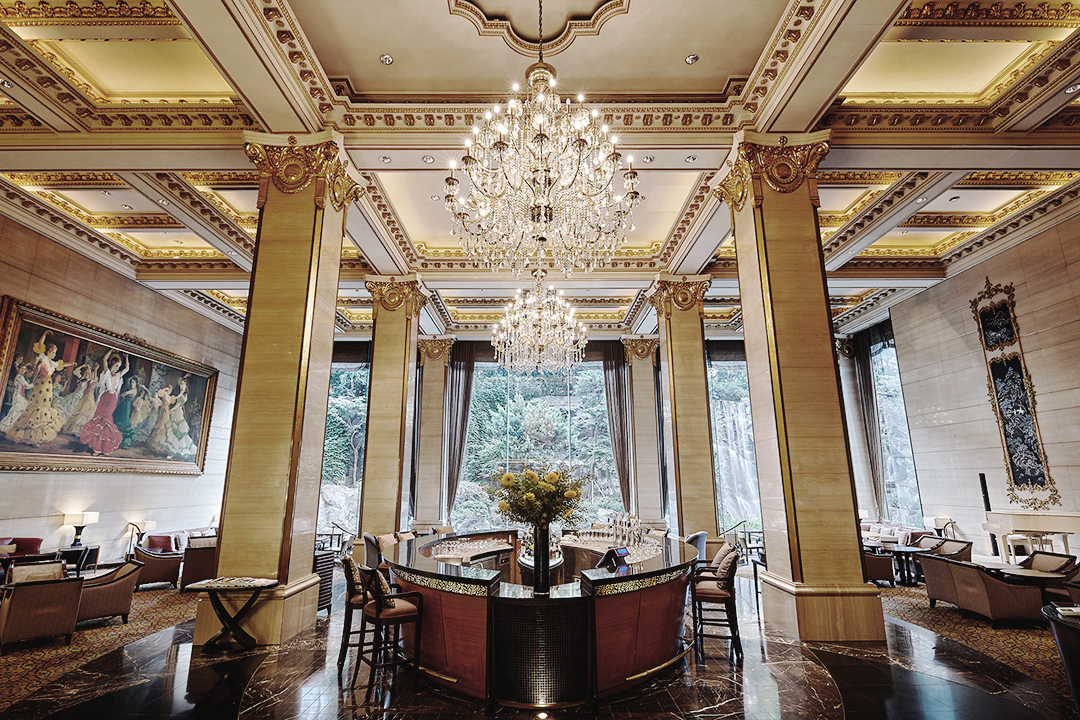 Sogong, Thy Name is
To learn about the history of the “Sogongyeon” waterfall, we must travel back to the period well before the hotel was built. The plot of land LOTTE HOTEL SEOUL sits on belongs to the administrative district of Sogong-dong. As with most of the names of places, the name “Sogongyeon” also carries interesting behind stories regarding its geographic features or former residents. For “Sogongyeon,” there’s a hint in the district name of Sogong-dong.
Try remembering scenes from a childhood storybook. Doesn’t Sogong-dong remind you of a certain image? Sogong-dong has a profound connection to Princess Gyeongjeong, second daughter of King Taejong of Joseon Kingdom. The present-day Sogong-dong of Jung District was where the princess had resided with her husband and Internal Prince Consort Pyeongyang, son of Jo Jun who was a member of founding contributors. Citizens back then named the street “Little Princess Street,” which later became Sogong in Chinese-based Korean.
For Little Princess
The romantic place where a princess of Joseon Kingdom used to live now houses a hotel. LOTTE HOTEL SEOUL, upon its establishment, listened to the story of the land carefully and created a garden honoring the dignity of the “little princess” and a waterfall that goes with it. That is the current “Sogongyeon,” a refreshing spot and photo zone at Peninsula Lounge, LOTTE HOTEL SEOUL. It is a man-made waterfall built in 1979 in time for the opening of the hotel. 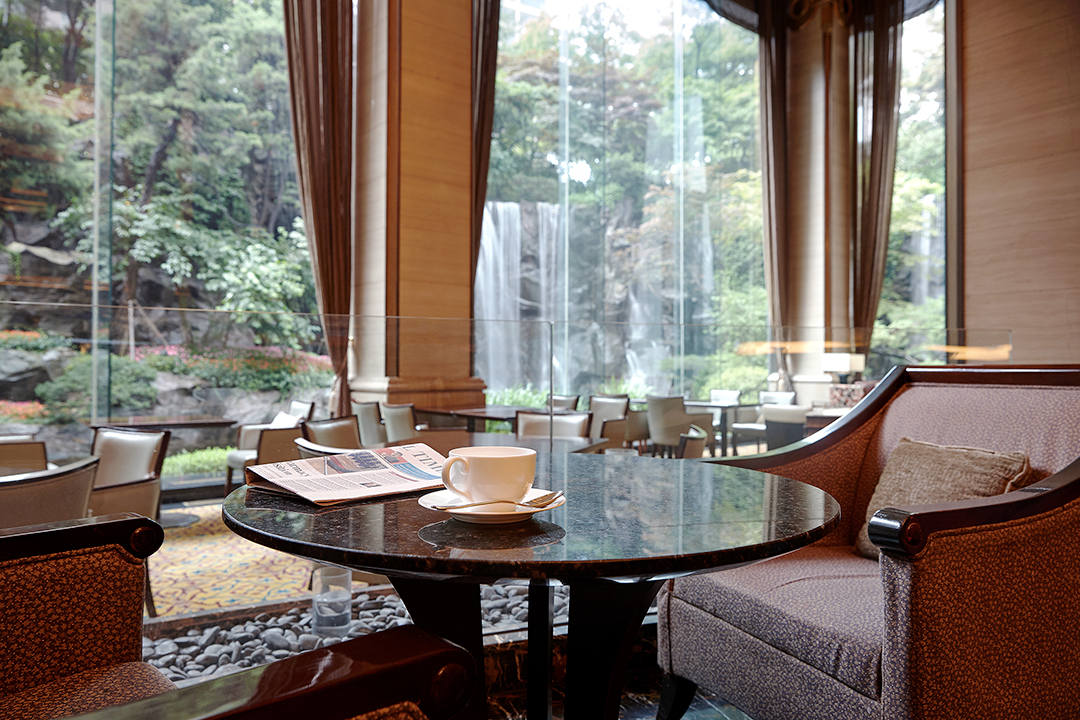 Time Travel With Cocktail
At Peninsula Lounge, spanning 496 square meters with 120 seats, customers naturally prefer sitting close to the windows to see the waterfall. Warm sunlight, mellow classical music, and the beautiful waterfall create a perfect trio in the daytime whereas jazz music and soft lighting make the atmosphere cozier and more intimate at night. Take a trip back in time to 400 years ago with a glass of cocktail. The bar offers a special drink commemorating the story behind “Sogongyeon.” 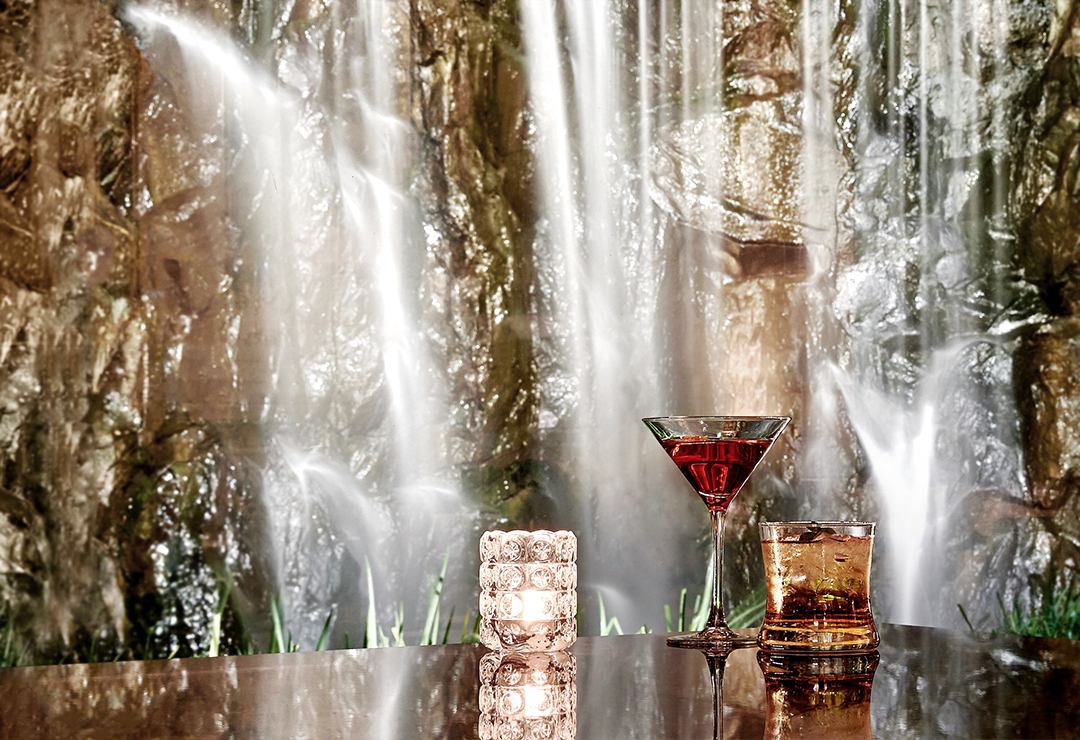 Under the concept of “Waterfall for Little Princess,” there are two type of new cocktails. First, Little Princess Cocktail uses a rum base with elderflower, lime juice, and cranberry juice for a sweet, fruity scent. Second, Little Prince, on the other hand, uses the Chambord liqueur made from black raspberries along with white rum and adds a refreshing flavor and scent by adding lime juice and soda drinks. By imagining what the ancient village of Sogong-dong would have looked like back in the days of Princess Gyeongjeong, you can have an enjoyable time with these cocktails.
The special “Sogongyeon” menu is available through February 29 this year. The limited-time offer is accompanied by the sale of Sogongyeon tumblers and pencil cases, designed by Cheyul, a Korean traditional artisanal brand. Both items feature a beautiful drawing of a waterfall inlaid with mother-of-pearl and serve as great options for a gift. 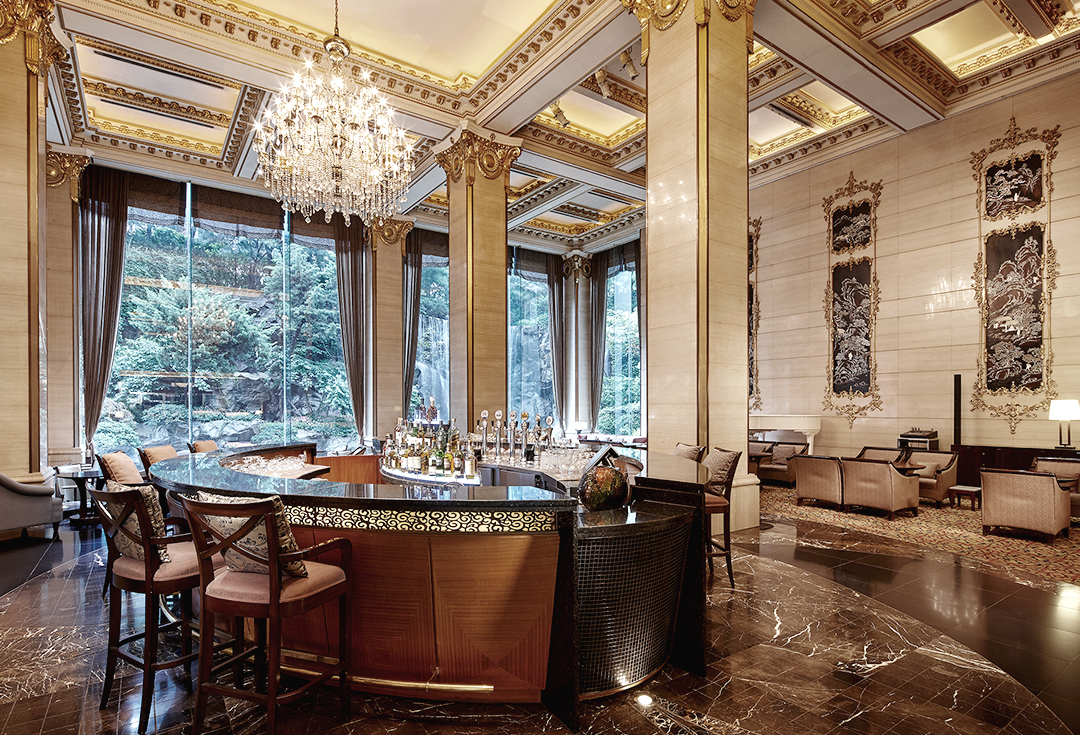 Peninsula Lounge also provides teas and desserts including Afternoon Tea Set and various Italian cuisines such as spaghetti, risotto, and pizza. The lounge at night has become a popular venue for couples on a date through word of mouth. Live jazz performances from 7pm to 11:40pm everyday create a romantic atmosphere featuring the waterfall. The story of Sogongyeon, with its seasonal and daily transformation, is still being written a page after another as more customers build memories about the waterfall in the heart of a city.