Inside the State Tretyakov Gallery
Among many ways to take a trip without boarding a plane, perhaps the most frugal and enjoyable one is to read about your destinations. Kim Hee-eun, director of Gallery Cartina and author of the book <Stories of Russian Paintings, Richer than Galleries>, will serve as your guide to the State Tretyakov Gallery, one of Russia’s top art museums.
Visiting art museums in different cities of the world, no matter where you're visiting is an absolute highlight of your trip. In particular, by going to a gallery where artworks of the country are arranged by different eras, you’ll get a good look the history, culture and sentiment of that country. It’s a quick and easy way to feel a little closer to that nation. The State Tretyakov Gallery in Moscow is a prime example of that. 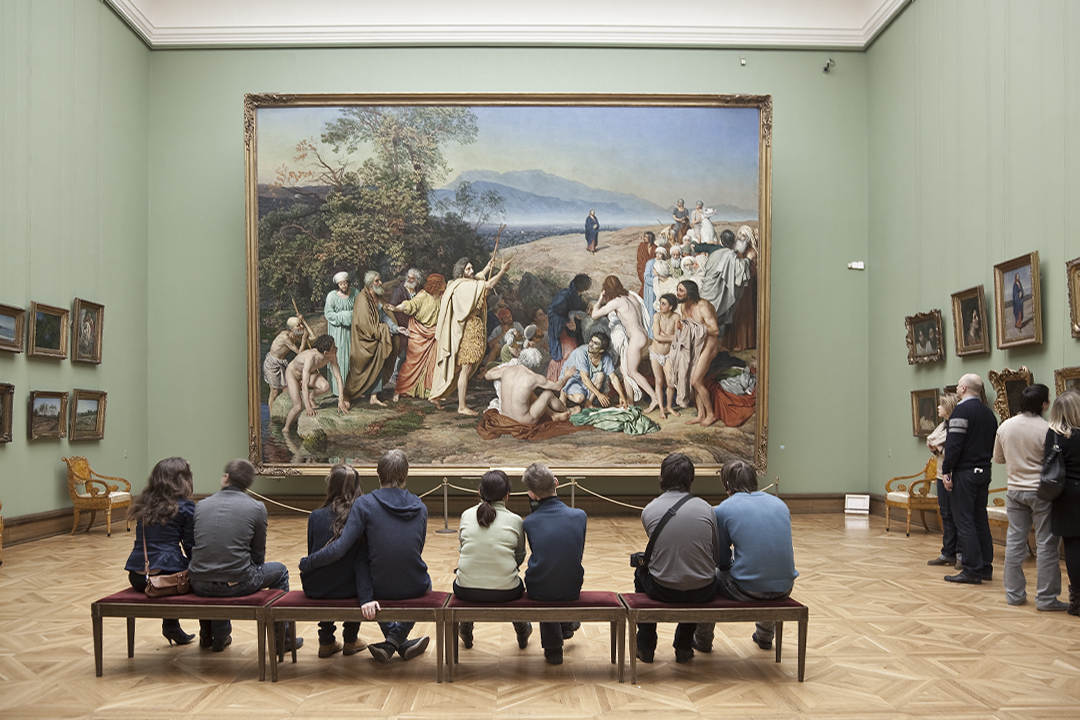 What You Can Discover at Tretyakov
Russia is the only nation in the world where the people successfully staged a popular revolution. Many people may wonder why. And if you want to find the answer while in Russia, you just have to visit the State Tretyakov Gallery. See popular paintings, folk paintings and landscape paintings by the Wanderers (a group of realist artists who began touring the Russian Empire in the late 19th century to give the people a chance to enjoy art), and you’ll find yourself nodding your head. These paintings will also provide historical context. At Tretyakov, works by artists from different eras are neatly arranged. As you follow along, you will get a comprehensive look at the history of Russian art. In addition to their historical value, they are just great works of art, period.
Also at this gallery, you’ll be able to trace the beginnings of careers for such renowned artists as Chagall, Malevich and Kandinsky, who laid foundation for modernism. 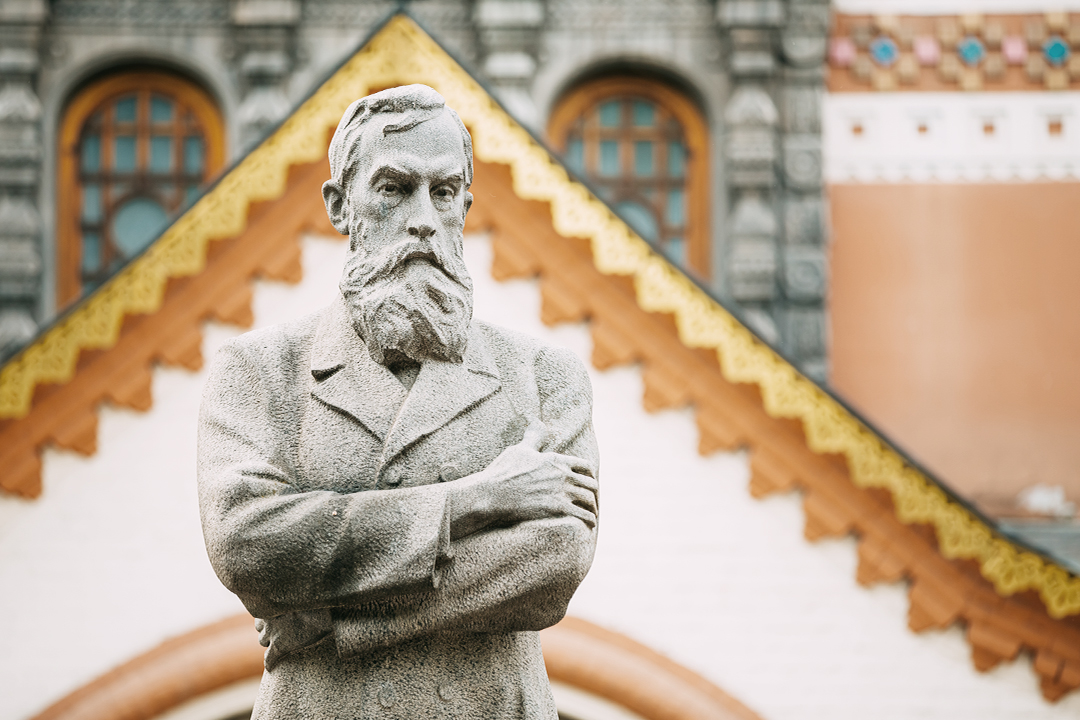 Russia’s First Art Gallery
The State Tretyakov Gallery is located in the heart of Moscow, tucked behind a vintage-looking street named after a Russian painter Lavrushinsky. During the summer, the cool breeze off the river will greet visitors. In the winter, street lights will give off a romantic air. Walk along Lavrushinsky Lane and soon the two-storey art gallery will come into view. The building is straight out of a fairytale, like a white whipped cream frosting on top of a brown cake. On one corner of the courtyard proudly stands the statue of Tretyakov.
The State Tretyakov Gallery opened in 1856 as the first art museum in Russia. It displays some 180,000 pieces of great Russian art works in 62 rooms. (It technically opened in 1892, but 1856 is considered the beginning of its history, because that’s when the founder, Pavel Tretyakov, began acquiring works by Russian artists). The gallery owns Russian art works that date back to the start of the country’s history to the early 1900s. Of all national art museums, this is one of the world’s biggest. Works from the early 20th century to the present day are displayed in the new building, located on Krymsky Val. The State Tretyakov Gallery is one of Russia’s top two art galleries, alongside the State Hermitage Museum in St. Petersburg. 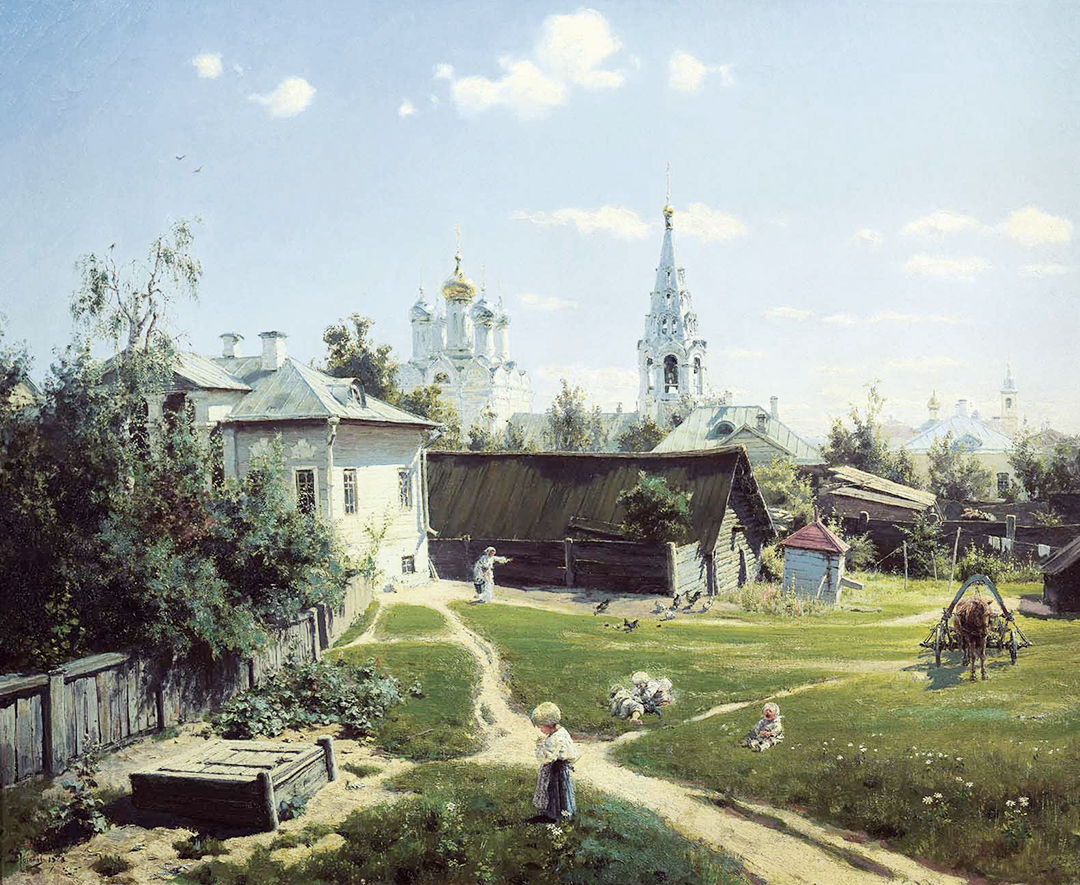 “As someone who truly loves art, I just wanted to own pieces that could bring pleasure to everyone and make sure anyone could enjoy them. I’d like to build a state museum that displays works by Russian artists.”
Pavel Mikhailovich Tretyakov

Tretyakov Loved His Country and People
Born in Russia in 1832, Pavel Mikhailovich Tretyakov was a successful businessman. In 1856, he purchased ‘The Temptation’ by N.G. Schilder, a prominent member of the Imperial Academy of Arts, and ‘Skirmish with Finnish Smugglers’ by V.G. Kudyakov, thus beginning his art collection. Tretyakov’s collection carries an extra significance because he began acquiring paintings by those on the outside looking in at the Academy and by poorer artists (the Wanderers). In 1870, he opened a gallery in his own house to the general public. At the State Tretyakov Gallery, there are plenty of pieces that will make you go with a slack jaw, “I didn’t know paintings like this still existed.” Without Tretyakov, they would all have been lost. Today, they’re all proud pieces of cultural heritage for the Russians. As a member of the Russian intelligentsia, Tretyakov gave back to society by collecting art and building a gallery to display it. 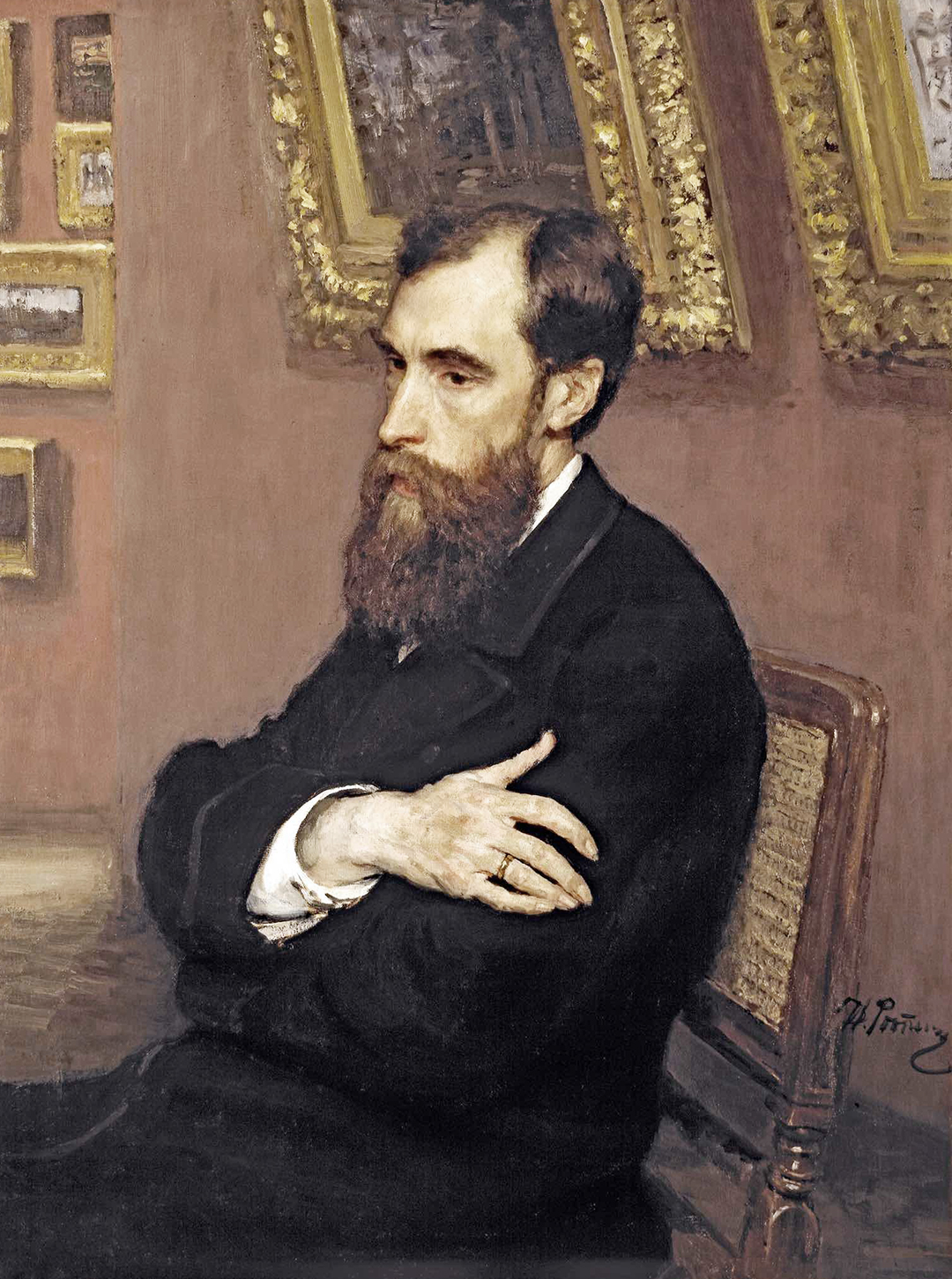 As pure national museums go, the State Tretyakov Gallery is among the world’s largest. As a cultural elite, Tretyakov practiced noblesse oblige with his public service, philanthropic pursuits and patronage of art. In 1885, while Tretyakov was still alive, over 30,000 people visited his gallery – an indication of how seriously Russians took their art. This was a tumultuous moment in Russian history, but the Russian people still took time to enjoy and appreciate art.
Believing that Russian paintings should all belong to the people, Tretyakov donated his collection of 1,276 paintings, 471 drawings and 10 sculptures, plus 84 pieces of Western European paintings collected by his brother Sergei, to the state. Thus opened the Moscow City Gallery of Pavel and Sergei Tretyakov on Aug. 15, 1893. It grew into a major Moscow landmark with over 150,000 visitors annually. The official name of the today is the State Tretyakov Gallery. It became a state property in 1918 following the Russian Revolution. 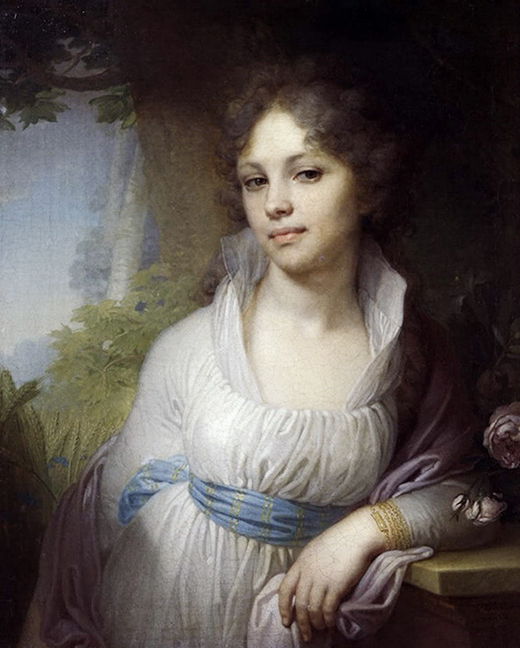 If You Visit Tretyakov Gallery
Works at the State Tretyakov Gallery are arranged chronologically, beginning with the early 18th century. The 18th-century paintings and sculptures are in rooms 1 through 7, and works from the early 19th century can eb found in rooms 8 through 15. There are 62 rooms in total, and rooms 56 to 62 contain icons.
The gallery is vast and houses a huge number of works. You can find the Wanderers such as Ilya Repin, Vasily Surikov and Nikolay Kramskoy. Symbolism paintings by Mikhail Vrubel and great avant-garde works of the early 20th century are also on display. We don’t have enough space to discuss all the fine works at the gallery. That’s why you should absolutely visit the place in person to really see for yourself. 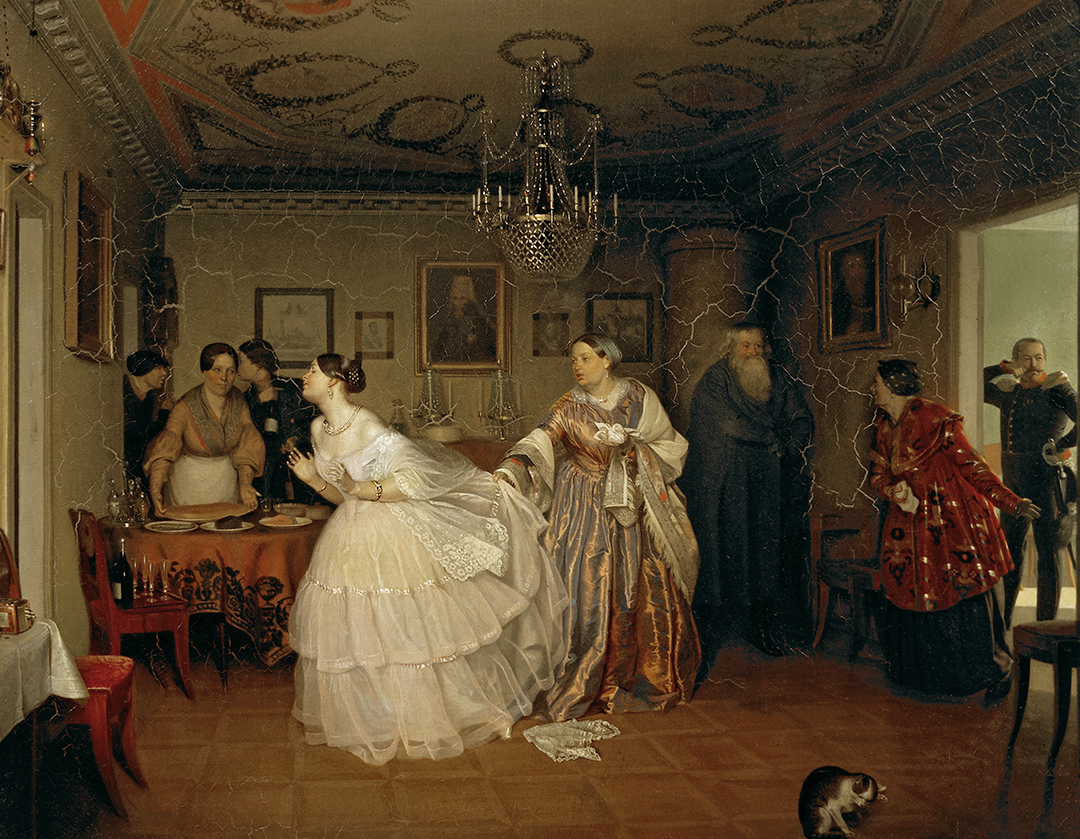 Must as other major national museums, you should pace yourself at Tretyakov. If you try to see every single piece in detail, then you’ll soon get tired. Since there are too many paintings to see, you just have to give yourself a time limit, say two hours, and check out only the best-known works from each room. If you have all day, then great. But if you’re pressed for time, you’ll have no choice.
The perfect way to enjoy the museum is to set aside a full day and see the entire gallery. Go see the early 19th-century pieces in the morning, and then fuel yourself, before going over to the Wanderers’ paintings from the mid- to late-19th century and avant-garde works from the early 20th century. And be sure to hold on to your ticket stub, for it’s valid for the full day. Buy your ticket at the basement box office, and you’ll be led through the Tretyakov Hall before reaching the first room. After seeing rooms from 1 to 34 (Vrubel Room), you’ll see the sign that leads you to another level down to rooms from 35 (Polenov Room) to 62. No need to worry about getting lost there. 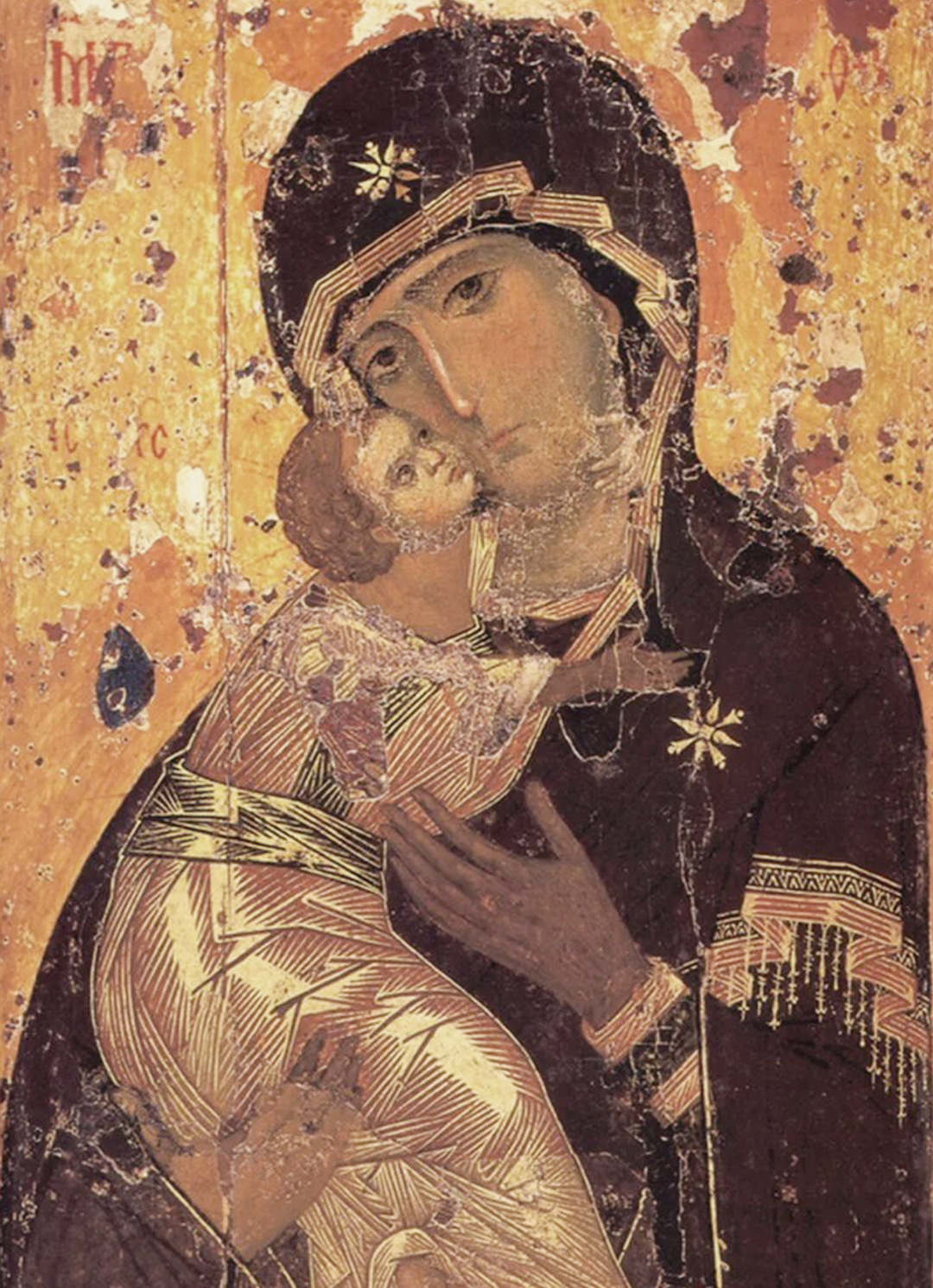 Unlike many other European art museums, you’re allowed to view paintings from close range at Tretyakov. But you must not touch them. You can take pictures but flash photography is prohibited. Once inside the gallery, there are no bathrooms or resting spots. You can take your break on chairs or benches and maybe drink some water, but eating or talking will draw the attention of the guards. Even without that deterrent, you should follow etiquettes at the gallery as a cultured visitor.
With COVID-19 restrictions still in place, we can’t really travel much. When the skies open again, the gallery with these great Russian paintings, the artworks that tell the story of their times, life and people, should be near the top of your list of destinations. 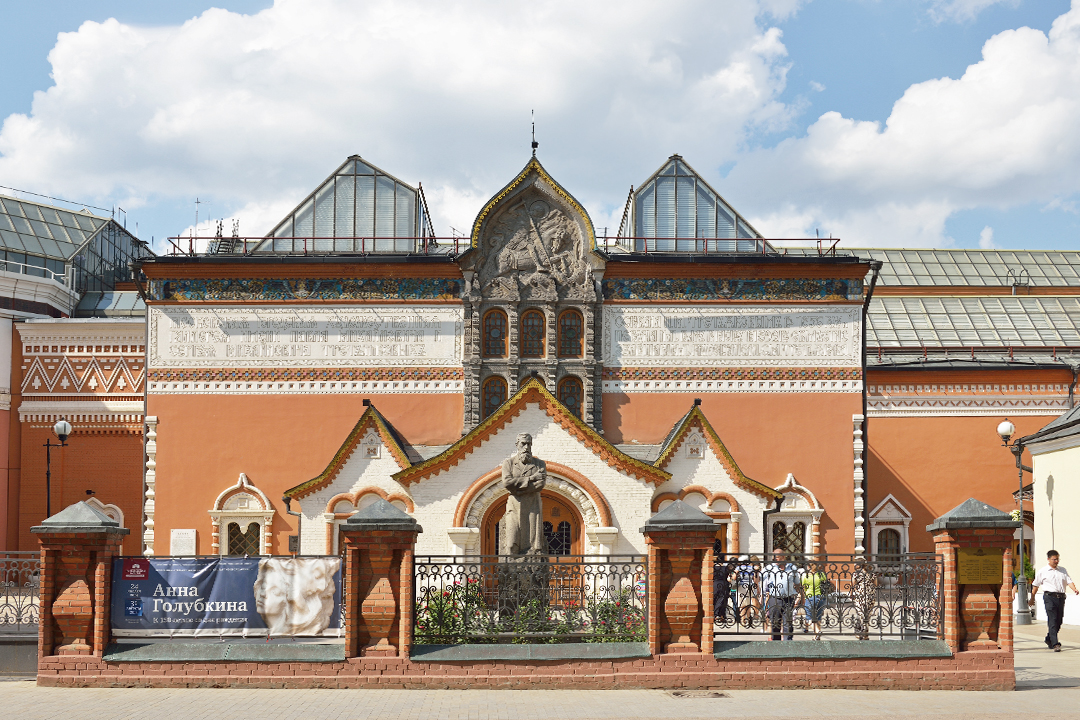 <Russian Painting Story>
By Kim Hee-eun / Jayu Library / 2019
Kim Hee-eun, director of Gallery Cartina, lived in Russia for about 20 years, and frequented art galleries and museums there to be healed and understood. The book contains Kim’s insight and knowledge that she accumulated over the years of guiding visitors through museums. An easy-to-follow prose helps paint a familiar picture of an unfamiliar subject that is Russian art. 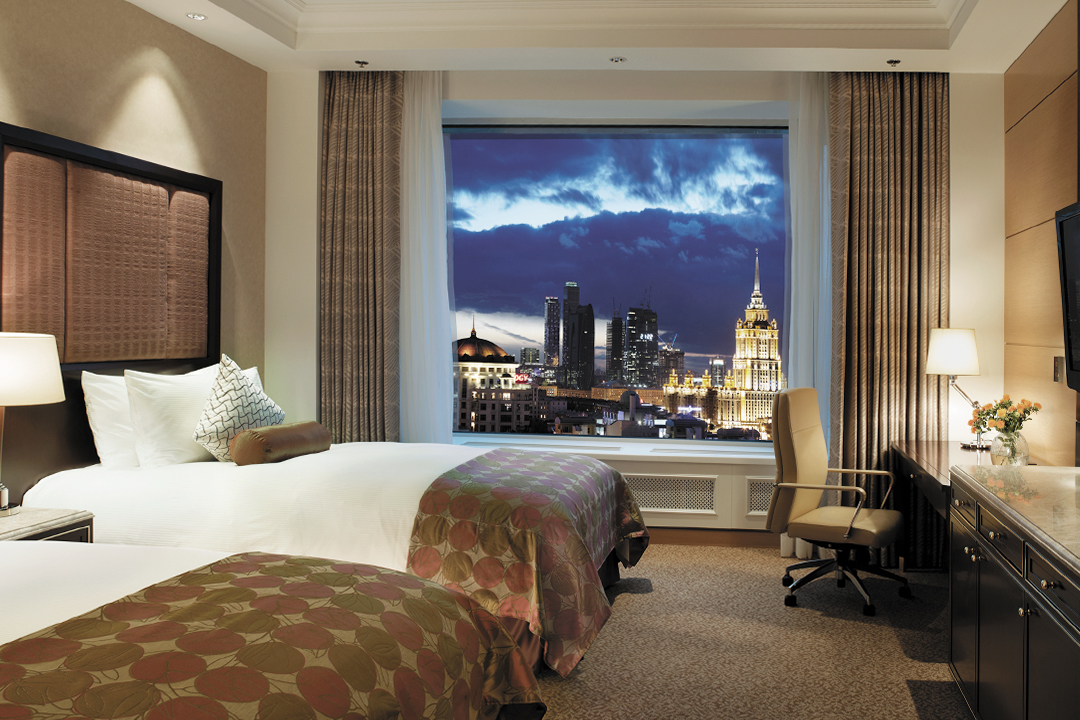 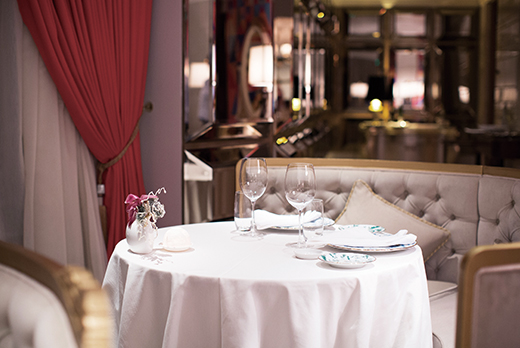 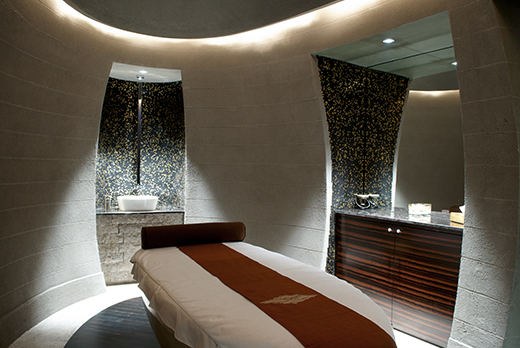 Where to Stay in Moscow: LOTTE HOTEL MOSCOW
As LOTTE HOTEL’s first overseas chain and also the first Korean chain hotel to open in a foreign country, LOTTE HOTEL MOSCOW is also the back-to-back winner of the ‘Best City Hotel in Russia’ category by the travel magazine ‘Conde Nast Traveler.’ The hotel stands on New Arbat, the financial and shopping center of Moscow with proximity to the Kremlin and the Bolshoi Theatre. At 7,117㎡, the hotel has four floors, plus one basement floor, with 300 rooms. Its restaurants include ‘OVO by Carlo Cracco,’ with the two Michelin-starred namesake chef in charge and MEGumi, a New York-style fusion Japanese place. The luxurious Mandara Spa and Atrium Garden will also enrich your stay.
Address 2 Bld., 8 Novinskiy Blvd., Moscow, Russia, LOTTE HOTEL MOSCOW
Phone +7-495-745-1000
Website LOTTE HOTEL MOSCOW