Hanoi’s Hidden Gem, Duong Jewelry & Objects
Duong Jewelry & Objects is a gemlike boutique that you should not miss if you visit Hanoi’s Old Quarter. We visited the scene of transformation where multicolored gemstones are carved into pieces of stunning jewelry in the hands of designer Nga Duong.
Jewelry is My Family, Destiny
In the street of Hang Trong in the Old Quarters, densely lined with small vendors, a jewelry store stands in such a splendor that it sheds luster onto its surroundings. The place is called Duong Jewelry & Objects and run by a sister duo of jewelry designer Nga Duong and product manager Hoa Duong. 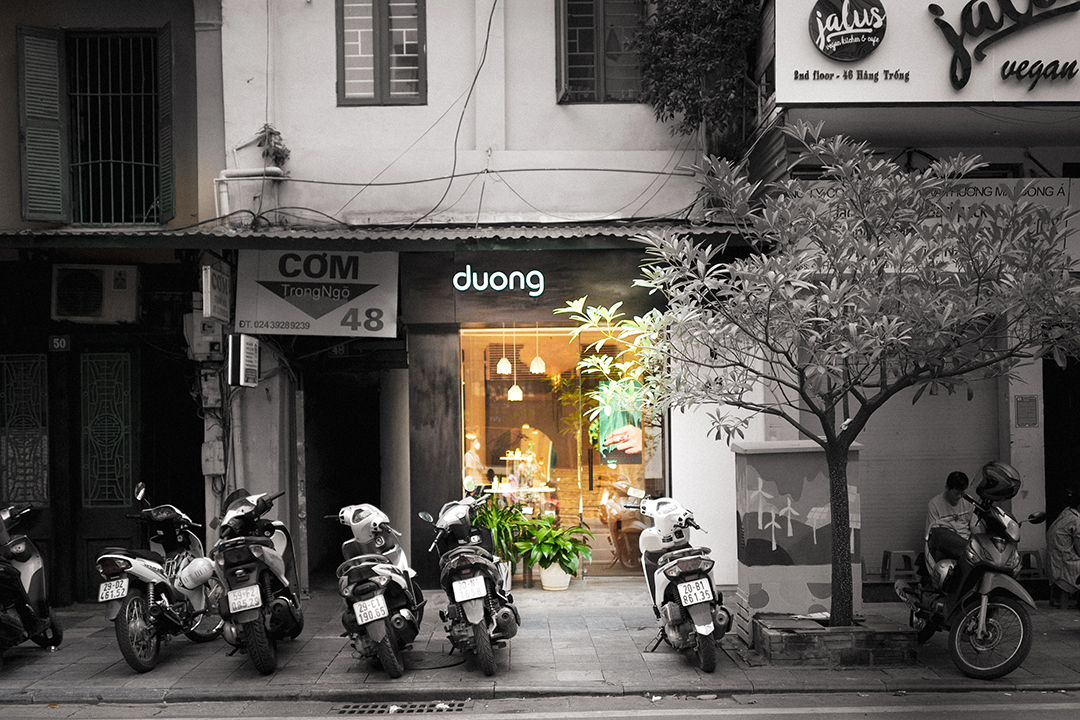 The connection between jewelry and the two sisters goes a long way back. Their father held a doctoral degree in chemistry from a school in Russia, and was one of the first people to import gemstones to Vietnam. Thanks to him and his gemologist friends who studied and collected precious stones, the Duong sisters grew up surrounded by jewelry. They experienced gemstones filling their house with all of their five senses. It was almost like they had another sibling to play with.
A gemstone is a piece of mineral crystal which, in cut and polished form, is used to make jewelry or other adornments. We are more accustomed to the expression ‘jewelry’ but ‘gemstone’ is also used to indicate that it is a type of raw stone. Among 3,500 kinds of minerals, there are only about 70 stones that meet the criteria for gemstones. Diamond, ruby, sapphire, emerald, crystal, and opal are well-known examples. 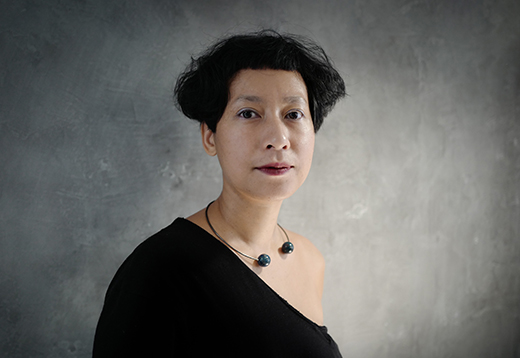 “Gemstones are exceptional creations that Earth has worked on for eons. All gemstones are different. Uniqueness is the biggest charm that precious stones have.”
Gemstone jewelry designer Nga Duong

Her father suggested that Nga should study jewelry in earnest as she had shown a distinguished talent in the field of art. Naturally Nga entered the jewelry world and headed for Milan, Italy in 2002 to study jewelry design seriously. After having worked in Milan for 10 years, she came back to Vietnam to establish ‘Gemstone Art Museum’ with her family in Hoi An, a city on the country’s central coast. The museum features a vast collection of gemstones that her father has found throughout his life. Nga also opened a designer jewelry boutique called ‘Duong Jewelry & Objects’ after her family name. 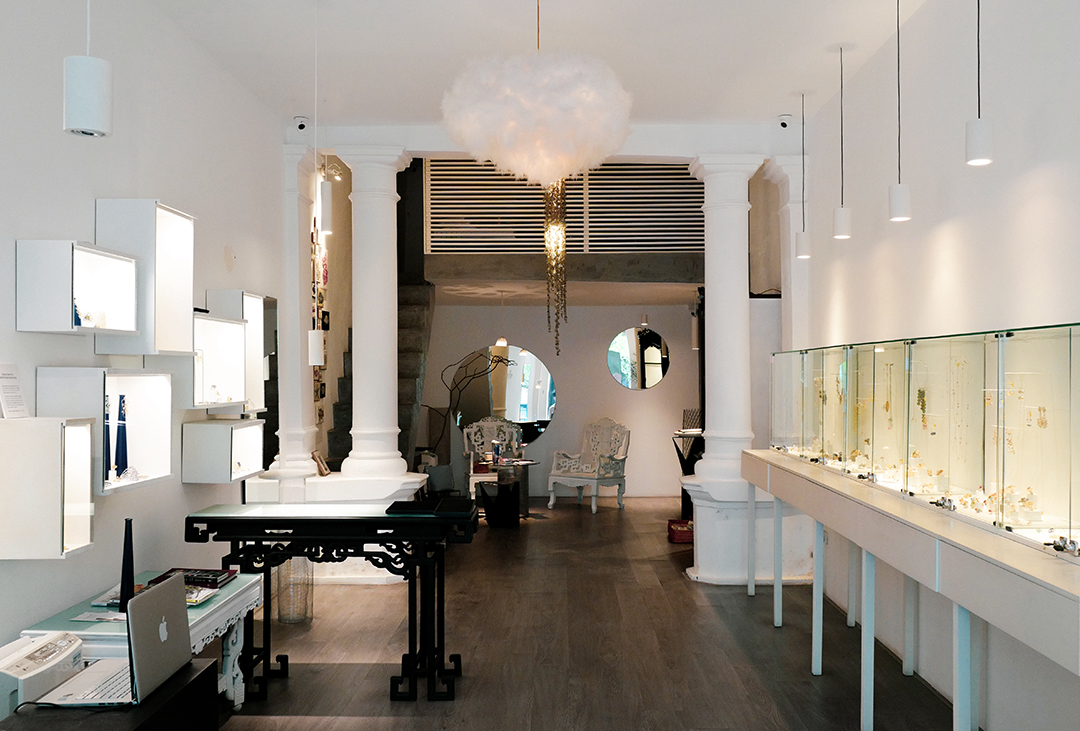 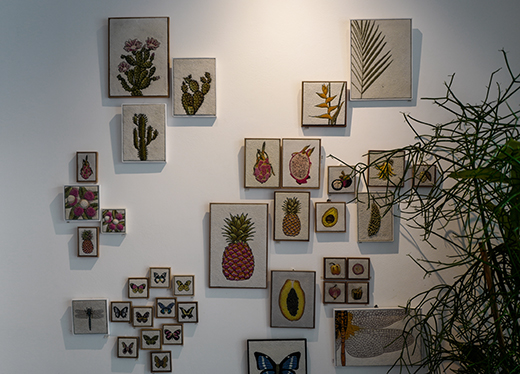 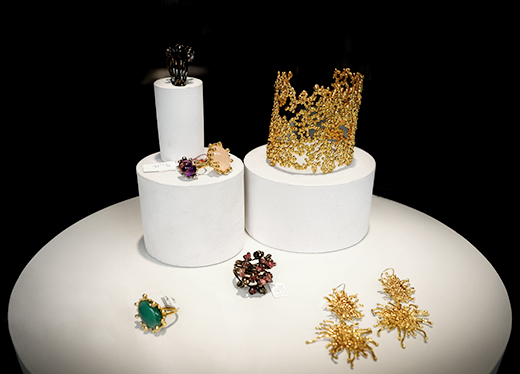 The fascination with gemstones naturally runs in the Duong family as the two daughters inherited the father’s business. Nga and Hoa are devoted to producing jewelry out of diverse gemstones and sharing their beauty with others. At this point, it will be not an overstatement to say jewelry was their destiny and family of some sort. Duong Jewelry & Objects presents creations combining the cultures of Asia and Europe as well as esthetics of East and West. Its outstanding, sophisticated jewelry designs have been received favorably worldwide. 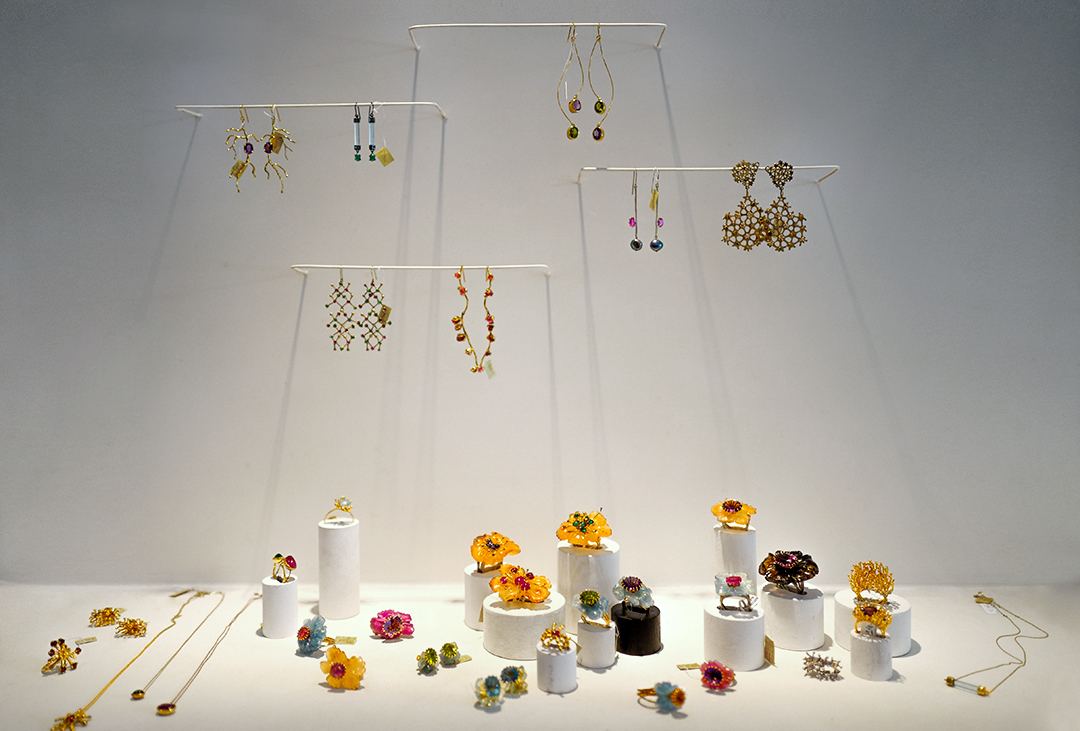 Pieces of jewelry made of gemstones © Jeon Haein

Q. What is the charm of gemstones?
A. Gemstones are made in Earth over millions or hundreds of millions of years. They have the history of time inside of them. Gemstones are exceptional creations that Earth has worked on for eons. Unlike factory-produced alternatives, every gemstone is unique. It has its own shade and color. It could be transparent, black, pink, green, or blue but if you look closer, each fragment has a different shade. All gemstones are different. Uniqueness is the biggest charm that precious stones have.

Q. Where do you find inspirations for your design?
A. Everything in the world. (laugh) The main source of my inspiration is ‘nature.’ I use my own language to interpret wild flora and fauna for my art. For example, I was once inspired by a tomato vine as I was eating some tomatoes. I used that vine to build a mold and make jewelry. I have often been inspired by a random object that has nothing to do with jewelry. 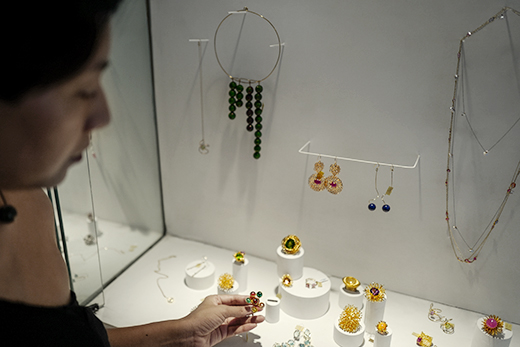 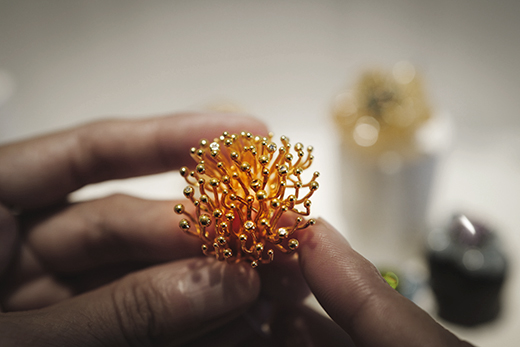 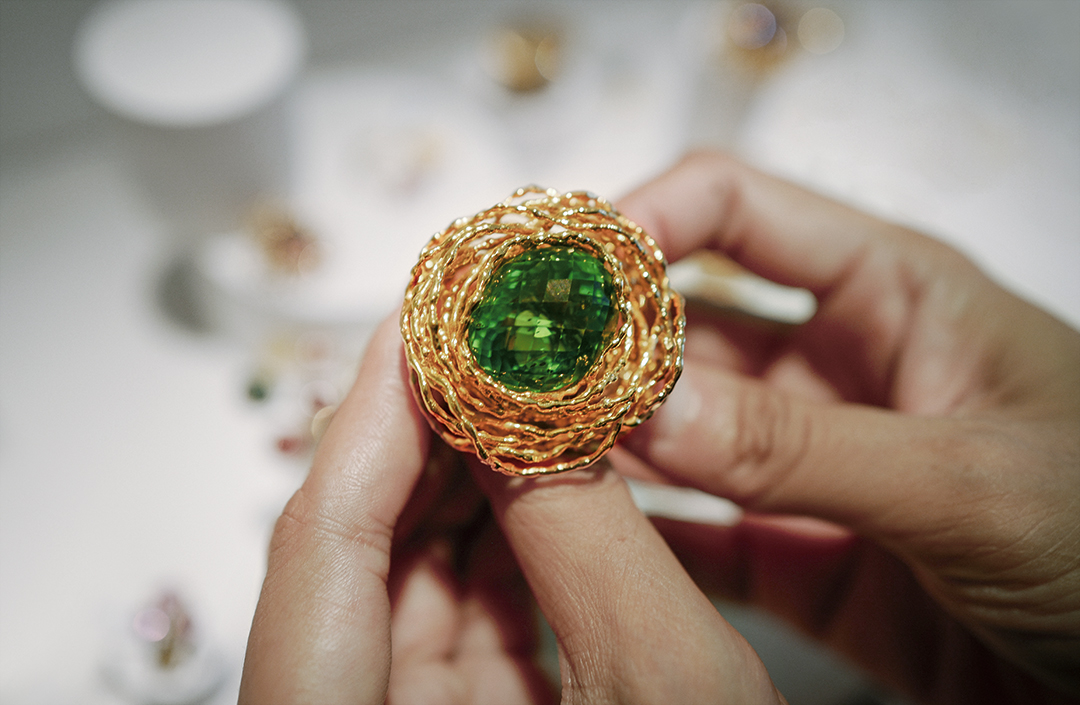 This gorgeous piece of jewelry was inspired by a bird’s nest. © Jeon Haein

Q. Is there a gemstone that you would recommend?
A. Every gemstone is different so I urge you to touch and experience various gemstones. In fact, our grandmothers’ generation used to value the combination of diamond and gold the most, right? Because they are the hardest and sturdiest. Diamond, emerald, ruby, and sapphire were the most popular choices. However, the world is a different place now and people have changed too. I don’t think gemstones should be evaluated solely based on their hardness or flawlessness.
I like flawed, rough stones. I feel a stronger connection to the gemstones that still have the natural, raw sides. I also think flaws add more character. For example, if a piece of crystal has bubbles inside, its cut surface is uniquely special. That’s the kind of natural beauty I’m looking for. I like black gemstones too. Try to view gemstones without any preconceived notions. What touches your heart is the best gem for you. 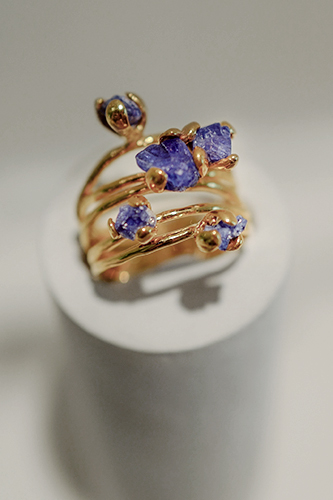 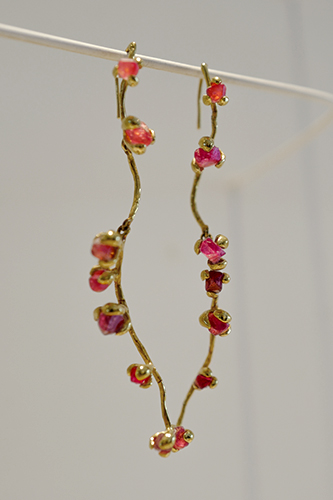 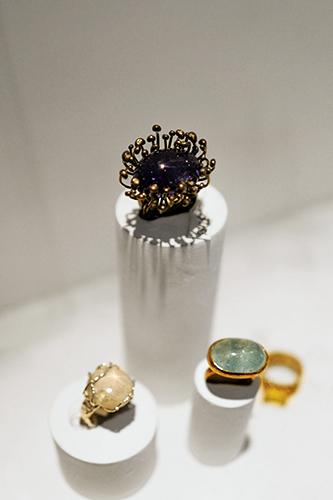 Beautiful pieces of jewelry made of gemstones © Jeon Haein

Q. What is the vision of Duong Jewelry & Objects?
A. It is to spread the beauty of gemstones to as many people as possible. I want to introduce gemstones to them from the perspective of ‘beauty’ rather than ‘wealth.’ I would like to continue my creative career with an aim to communicate with people via the medium of art. 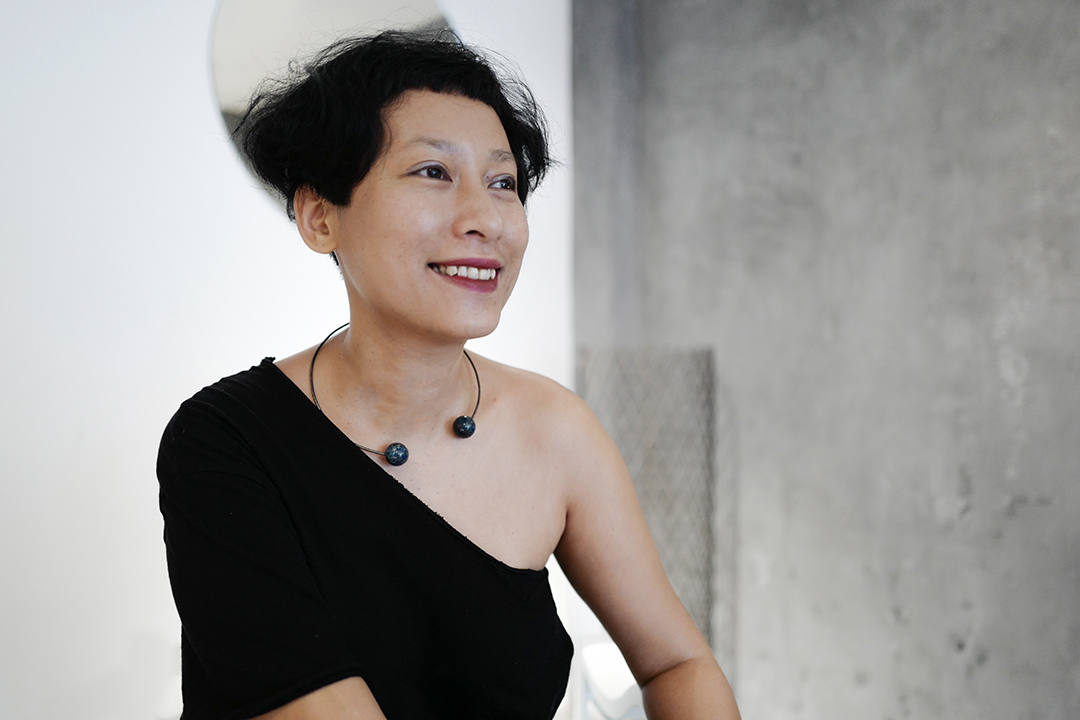 Nga Duong is an artist making art out of gemstones. Her stunning line of works on display at her shop attests to it. Each piece of jewelry is a strong statement of her art world. At her Hanoi boutique, you can see diverse artworks including thousands of accessories such as rings, earrings, necklaces, bracelets, and cuffs buttons made with gemstones, as well as special objects such as paper knives and paintings drawn with gemstones.