<Trojan Women>, Greek Tragedy Told in Changgeuk
Changgeuk (traditional Korean opera) has entered the realm of Greek tragedies. We can hardly wait to see just how much changgeuk will evolve and how sophisticated it will become.
Gugak (traditional Korean music) is changing. We saw the emergence of ‘Gugak Girl.’ Ak Dan Gwang Chil (ADG7), who plays shamanic gut (ritual) music from Hwanghae with a punk rock twist, is all the rage among young music fans of Hongdae. Coreyah, a 10-year gugak crossover band, has held an online concert, with support from BBC Radio hosts. SsingSsing has even performed minyo (folk music) based rock on NPR. Leenalchi, who has turned pansori into a form of pop music, has attracted millions of views on their music videos on YouTube.

In performance art, Changgeuk with a contemporary twist is as hip as ever. < Trojan Women > will premiere at the National Theater of Korea on Dec. 3. In spite of ourselves, we’ve all become familiar with gugak. 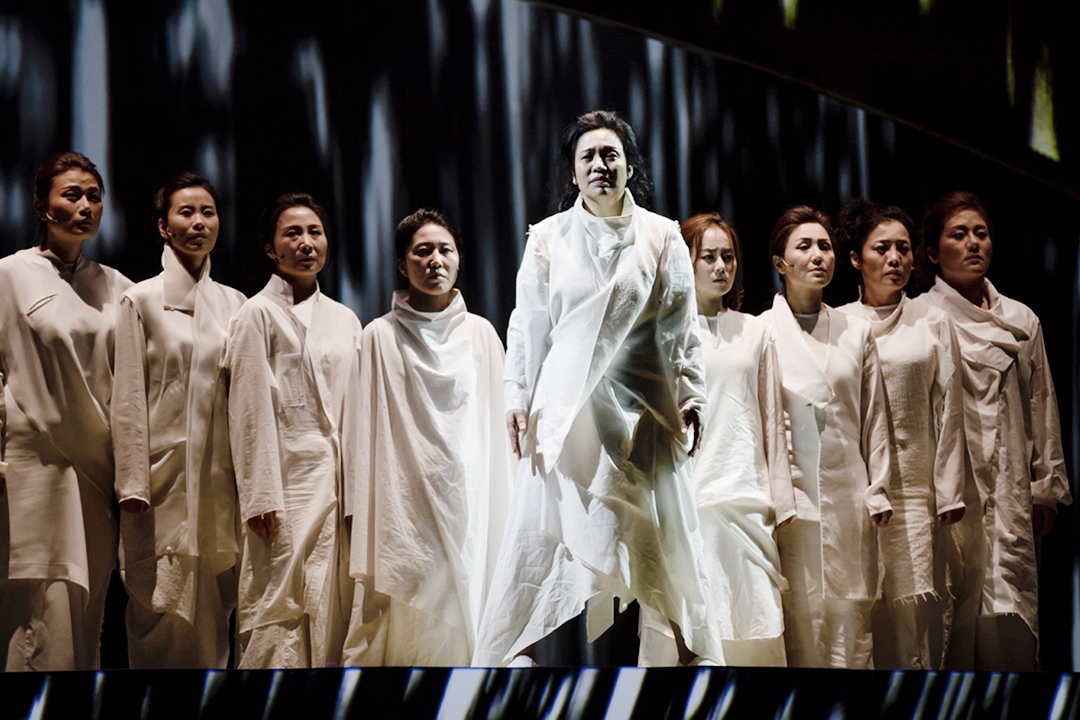 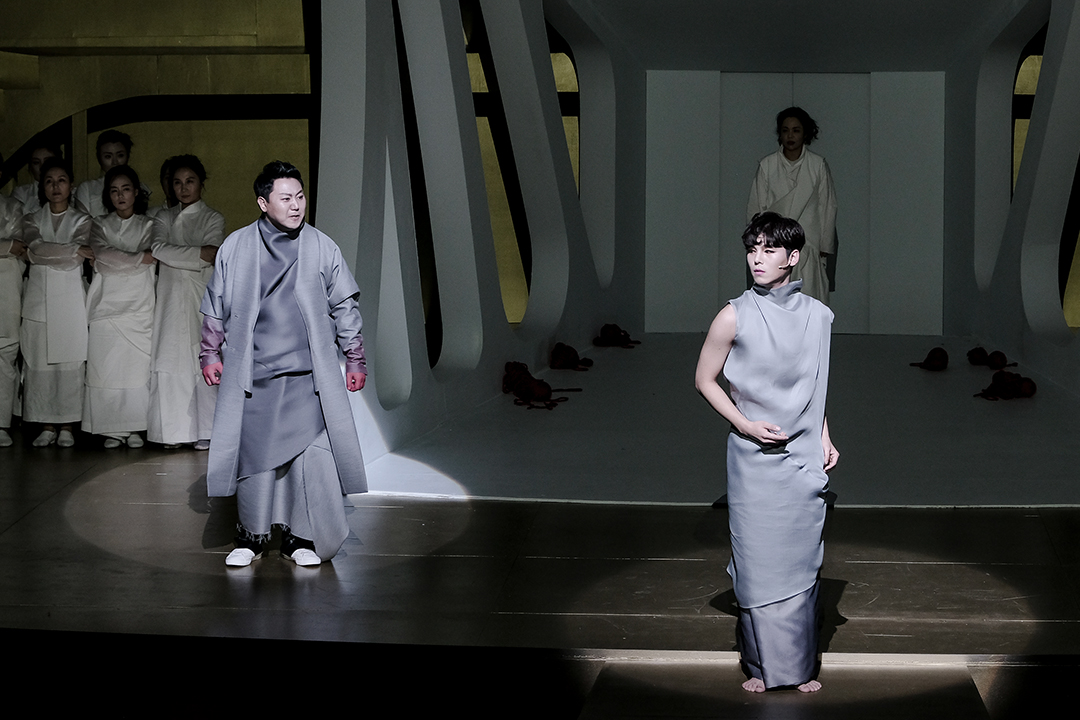 Simply clinging to something from the past doesn’t turn it into a part of the great tradition. Being traditional doesn’t have to mean being old. It has to be in harmony with the present. It can only stay relevant through continuous reinterpretations using the modern perspective.
Pansori Goes to Changgeuk
Changgeuk is a modern Korean performing art genre that takes its roots in pansori (musical storytelling). Pansori is performed by the singer (changja) and the drummer (gosu). In the 17th and 18th centuries, when the performing art was still in its infant stages, pansori alone was enough to turn heads. But in the late Joseon era, when people from Qing Dynasty came rushing in, there were significant changes to our social structure and culture.
At the time, radish, not cabbage, was the most popular ingredient for kimchi. It was once we started importing Chinese cabbage from Qing Dynasty that cabbage kimchi became the most common type of gimchi. The import of lard also saw the rise of mung bean pancakes.

Gugak also changed around this time. The introduction of the Chinese-style opera forced pansori to take on more theatric elements. Changja no longer just sang to the beat of gosu’s drum. The two started having dialogues. As the size of pansori performances grew and dramatic elements became more prominent, changgeuk began to take roots.
There were obvious limitations. It was virtually impossible to preserve and develop traditional culture once we lost our sovereignty. Melodrama that came over from Japan kept pushing out Korean performing art. Following the liberation, changgeuk took on the name ‘gukgeuk,’ only to lose steam during the Korean War. 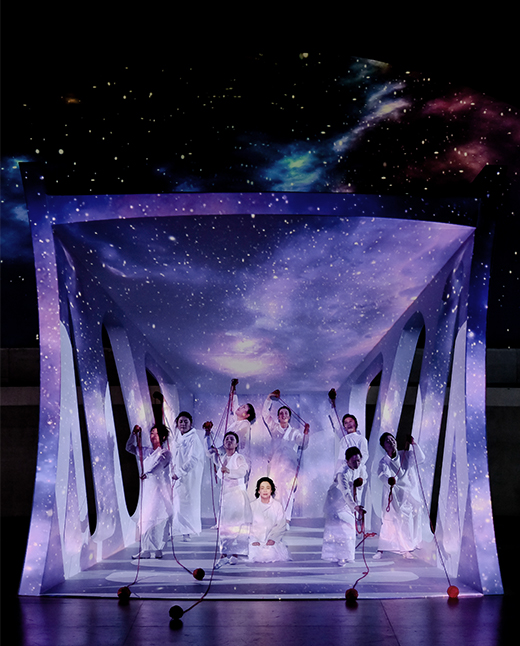 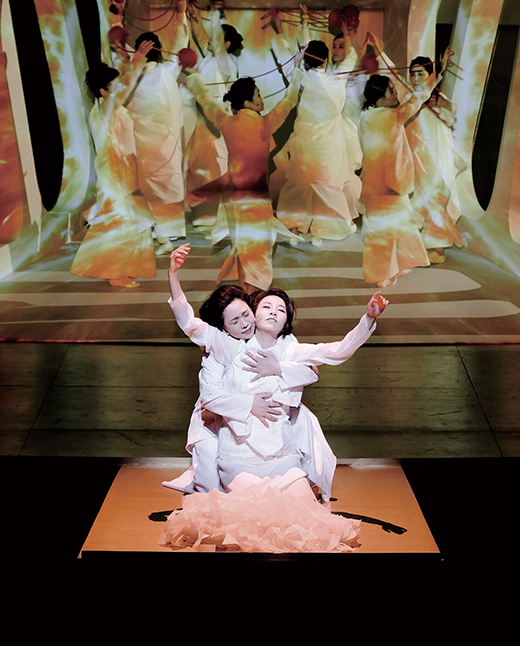 Changgeuk’s Never-Ending Evolution
The company began inviting top directors from Korea and other parts of the world to produce changgeuk shows. This was an attempt to keep up with the changing times. In 2011, an abstract expressionism painter Achim Freyer, a disciple of Bertolt Brecht, was brought in to direct.
The < Sugungga > that premiered in September 2011 was far different from earlier versions of the show played under the titles < Story of Byeoljubu > or < Story of a Rabbit >. The rabbit is highly ambitious, and the turtle (Byeoljubu) is obsessed with money, as they chase the prize money. The setting switches between the land and the sea, and both sides are marred by greed for the latest technology. Freyer’s dealt with environmental issues that plague the Earth. The main characters were swapped, and the theme changed, too. The stage props were all in moderation, which was to be expected from a show by a Brecht disciple. The show drew standing ovations and the fun was just starting for the National Changgeuk Company of Korea.

In 2014, the Greek tragedy was turned into a changgeuk show. In 2019, < Madam Ong > transformed Ongnyeo from a lewd character to a subject of a love story. In 2014, < Andrei Serban’s Different Chunhyang > by Andrei Serban also came along. Korean-Japanese director Jeong Ui-sin did a remake of a Brecht hit < The Caucasian Chalk Circle > in 2017. < A Father’s Path >, which recently resumed its run, is about a bureaucrat father who has to give King Danjong poison to keep his daughter alive. The National Changgeuk Company of Korea has been staging the most contemporary and the most traditional shows, transcending times, borders and genres. 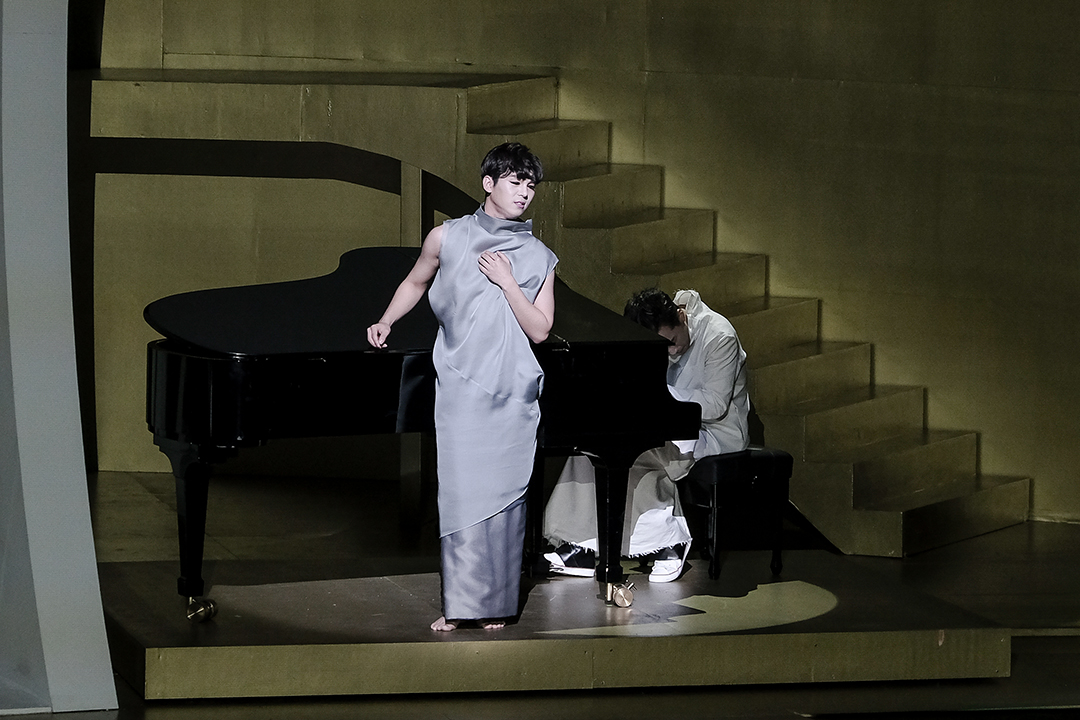 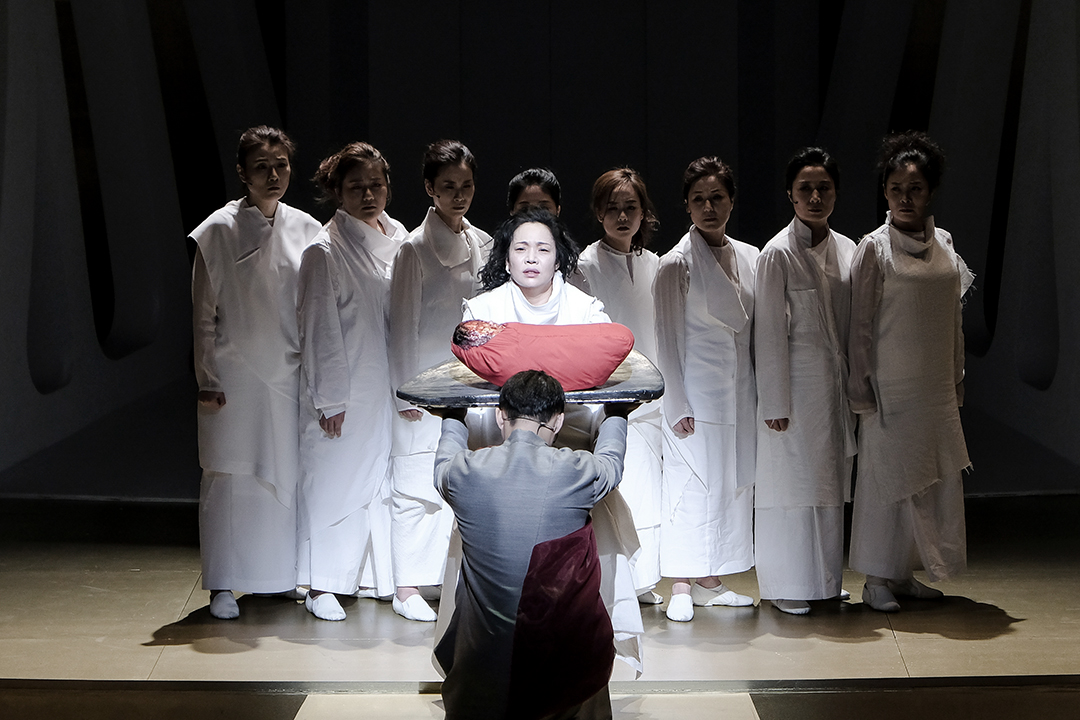 Women’s Grief Becomes Changgeuk
The COVID-19 pandemic has brought all forms of performing art to a halt. And once the situation stabilized, made it to the stage at the National Theater of Korea. The show is based on the work of the same name by the Greek playwright Euripides. He also composed < Media >, which the National Changgeuk Company of Korea staged in 2013. The original deals with the 10-year Trojan War from Greek mythology, which pit Trojans against the Greeks. Once the Greeks were apparently defeated, the Trojans return to their castle with a large wooden horse as a trophy of sorts. At night, the Greeks who had been hiding inside that horse crept out and destroyed the city of Troy. < Trojan Women > is set in the period immediately afterward.

The changgeuk version features a few women on stage. They’re in danger of being all split up following the collapse of Troy: Hecuba, the last queen of Troy; the prophetess Cassandra; Andromache, who has lost her father, seven brothers and her husband Hector, the greatest Trojan warrior, to Achilles; and Helen of Troy, the wife of King Menelaus of Sparta who ran away with the Trojan prince Paris and sowed the seeds of defeat.
These women are on the verge of losing everything because of a war waged by men. They vent their rage and frustrations. Singaporean director Ong Ken Sen leans on extreme minimalism. The only stage prop is some white piece of structure. Video is projected on to the surface, though footages of rocks and fire aren’t exactly what you’d call fancy. 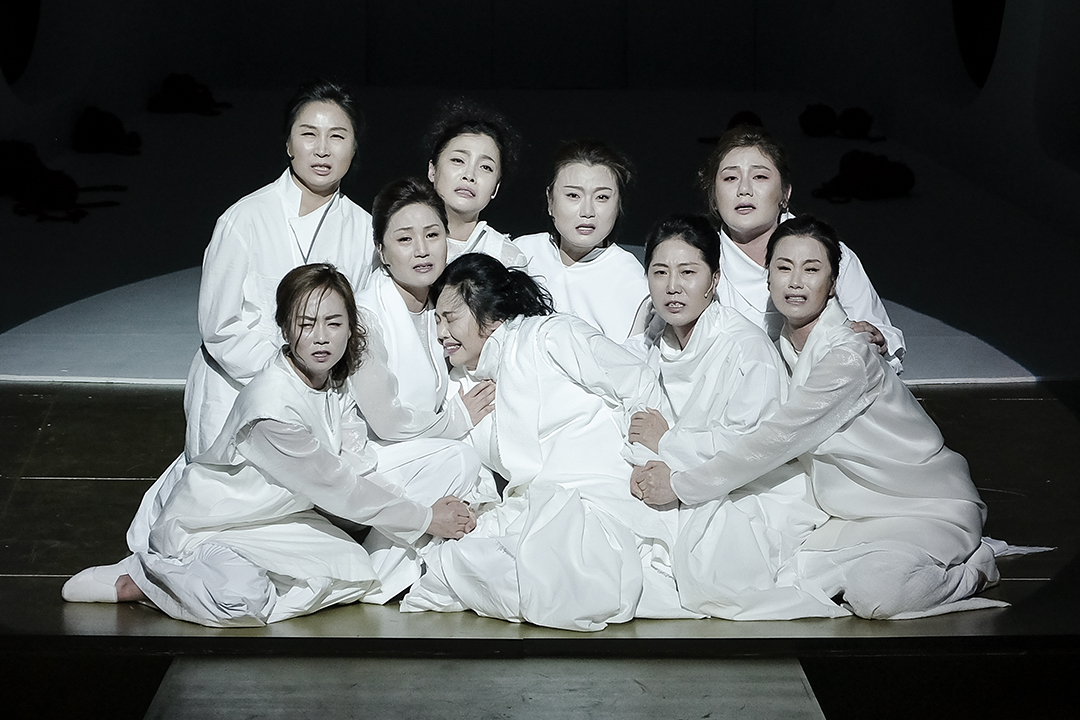 Ong apparently tried to keep the focus on the sound of changgeuk, rather than adding anything unnecessary. Clad in white, mourning clothes and barefoot, the women each have their different instruments accompanying them: geomungo for Becuba; daegeum for Cassandra; ajaeng and haegeum for Andromache; and piano for Helen. Ahn Sook-sun, the gugak legend, wrote pansori melodies. Playwright Bae Sam-sik, winner of the Daesan Literary Award and Dong-A Theater Award for < Yeolha Ilgi Manbo > in 2007, adapted Euripides’ play. Jung Jae-il, who composed music for the film < Parasite >, served as music director.
Since its Nov. 2016 Korean premier, < Trojan Women > has filled over 90 percent of its seats. It earned a standing ovation at the Singapore International Festival of Arts the following year, and has been staged to rave reviews in England, the Netherlands and Austria.

< Trojan Women > is free of clutter. There’s meaning to every small prop and tiny gesture. The 110-minute show without an intermission never feels tedious for one second. Changgeuk shows tend to be more affordable than operas, and feel free to dive into the new world of changgeuk. You can always go for more traditional shows, too. The National Changgeuk Company of Korea isn’t just about adding modern or Western elements to changgeuk.
The company is also undertaking a project to restore seven lost pansori stories and is trying to preserve pansori as a foundation for changgeuk. You should also try < The Complete Performance of Pansori >, which has been touring around the country for over 30 years. It will take more than a little bit of courage to take the first shot, but with enough time and effort, you will get your fruit. The National Changgeuk Company of Korea has gone through the same thing. 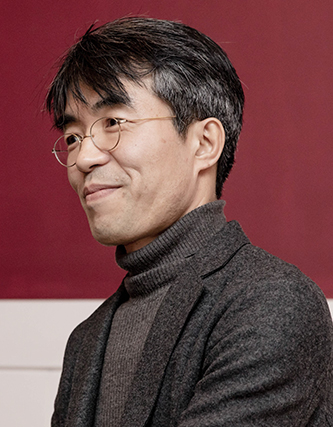 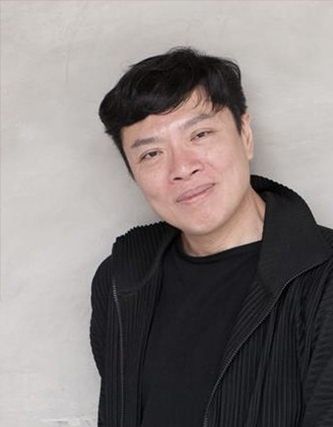 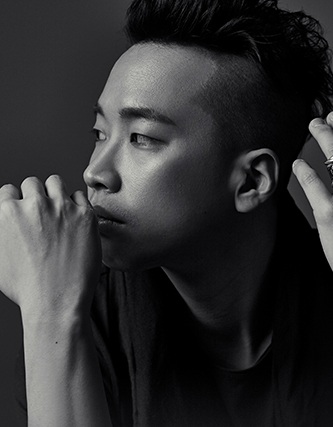