Beautiful Gat by Artisan Jung Choon-mo
For a while, it seems as though gat, or the Korean traditional headwear, would remain forever stuck in history. It enjoyed an unexpected resurgence and gained international fame as ‘Korean Hat’ in the Netflix series <Kingdom>. Unfortunately, there aren’t many artisans left who specialize in gat. The presence of Jung Choon-mo, the No. 4 National Intangible Cultural Heritage as ganniljang (master gat maker), is that much more precious.
There were some fashionable gentlemen back in the Joseon Dynasty. We’re not just talking about the well-to-do noblemen. The middle class and even struggling commoners did their own things to look good. ‘Hyugidappung,’ by Hyewon Shin Yun-bok in the late Joseon era, features a gisaeng riding a palanquin and a young man watching her from the side. The hem of the robe and the string of the gat flutter in the gust of wind. The way he’s holding down the brim to keep his hat from flying off his head makes him look the part of a modern trendsetter. 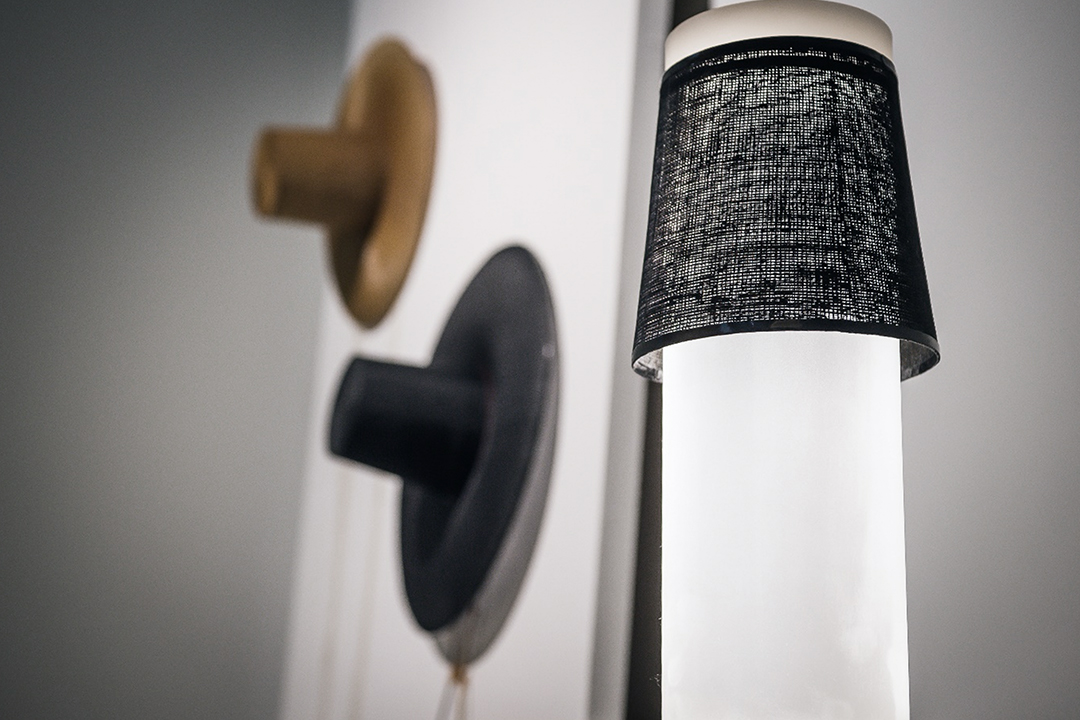 Exhibition for the ‘Artisan of the Year’ for 2020, selected by YEOL

Gat: Essential Item for Joseon Dandies
According to documents made available by the Cultural Heritage Administration, women during the Joseon Dynasty made their fashion statements with colorful ‘jeogori’ (upper garment of hanbok) and skirts. Men did so by donning ‘po’ (oversized robe) on top of their jeogori. They added some accessories, too, and gat was the main item.
Gat first began to be worn as an official hat during King Gongmin’s reign in the Goryeo Dynasty. By the Joseon era, it transcended social status or official positions and came to symbolize the spirit of the scholar in the Confucian culture. It was also a fashionable item. The width of the brim and the height of the crown changed in accordance with fashion trends. Records show that, starting in the mid-17th century, the brim became too wide that one could barely walk through a typical door wearing gat, and it was difficult for two people to sit side by side. Noblemen would hang coral or amber to their gat strings to make their hat even more fashionable. Toward the late Joseon era, the royal court banned excessive styling on gat, fearing overspending. 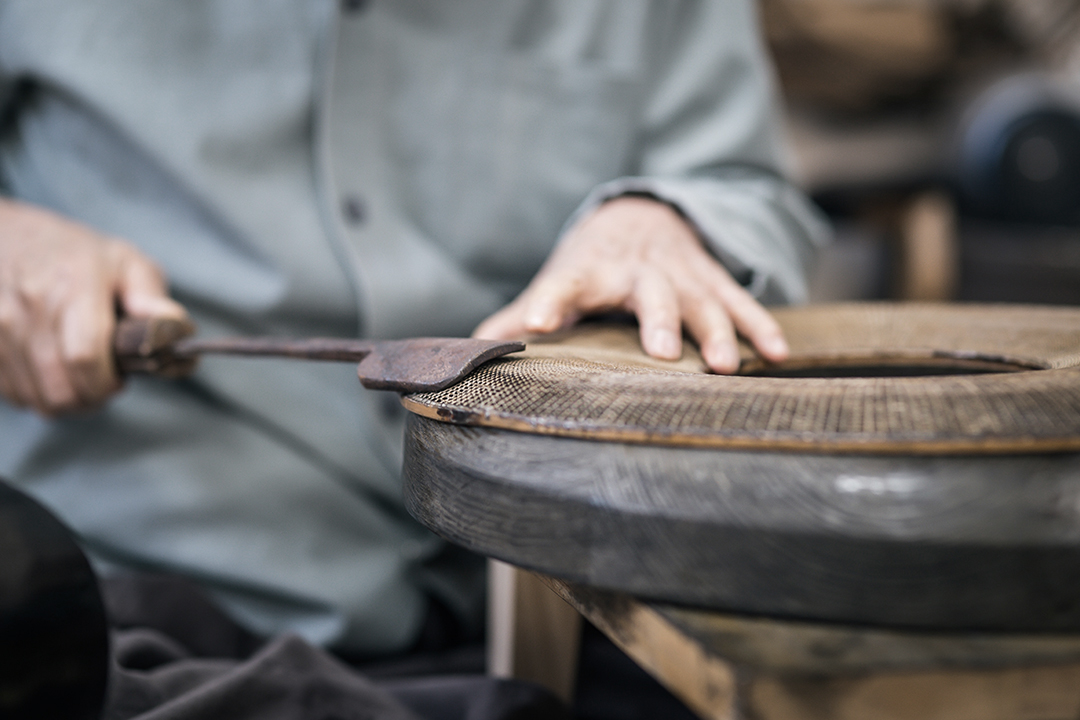 Working on the curve of gat with heated iron 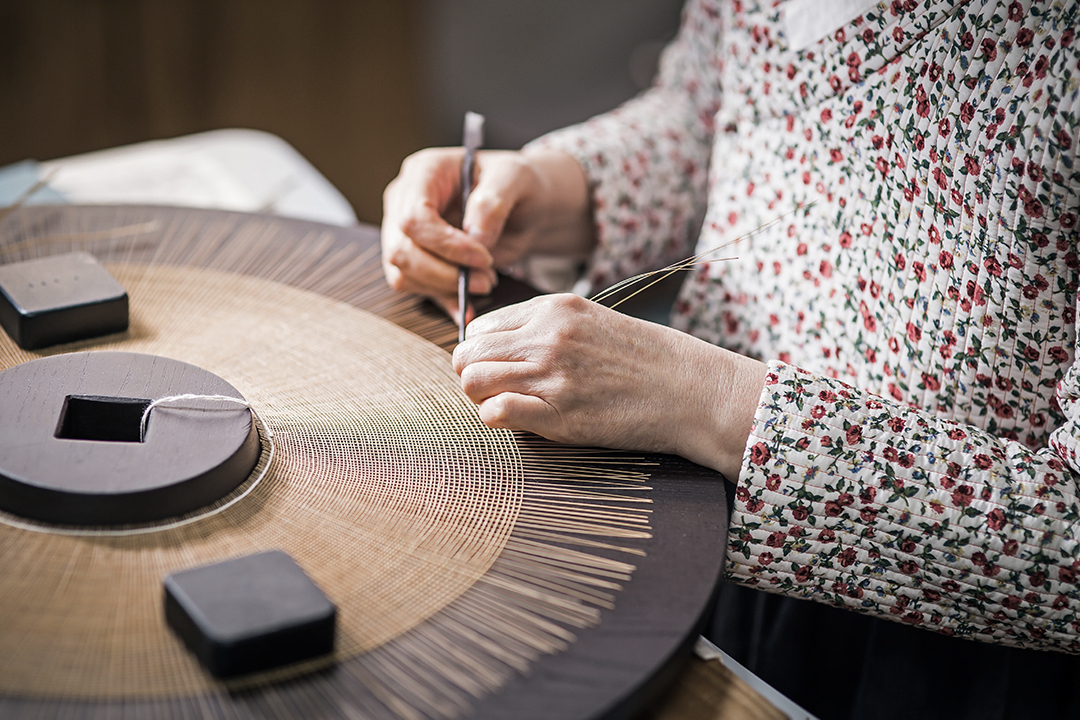 Making Gat: Complicated and Difficult Process
Made of horsehair and bamboo, gat comes in many different types depending on its materials, colors and usage. The prototypical gat is black, with a wide brim and a high crown. It’s formally called ‘heungnip.’ They came in different sizes and crowns had different heights. For the most part, heungnip came to be known as gat.
The process of making gat is known as ‘gannil.’ It is a complicated process and each step requires different skill sets, and gannil required a division of labor. ‘Chongmojail’ entails making the crown with horsehair and bamboo. ‘Yangtaeil’ involves weaving thinly-sliced pieces of bamboo to build the brim. ‘Ipjail’ is the final stage that connects the crown and the brim, while adding silk and painting meok (traditional black ink) and ott (traditional lacquer). Yangtaeil is the longest of the three stages. Of 51 total steps, yangtaeil accounts for 24. 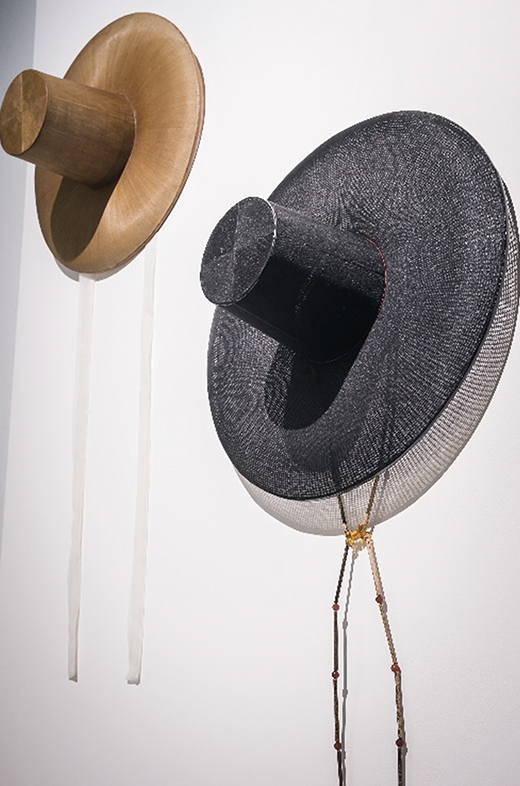 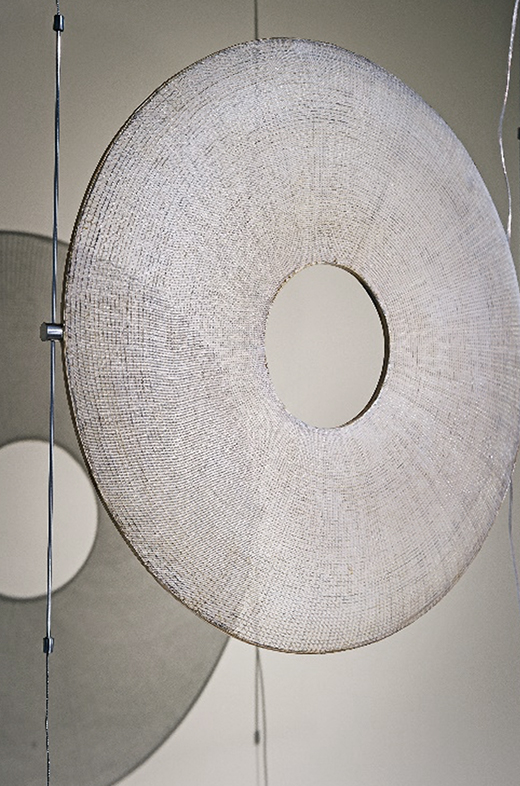 “Korea is a kingdom of hats. I have never seen any other country in the world that had such a wide variety of hats. Korean hats have just the right amount of air and light go through them, and different types of hats are made for different functions. Parisians must know more about headwear fashion of Korea.”
Charles Varat <Le Tour du Monde>, 1892
Ganniljang and Artisan of the Year
YEOL, a foundation that supports the Korean craft industry, named Jung Choon-mo as its ‘Artisan of the Year’ for 2020. Jung is the No. 4 National Intangible Cultural Heritage as ganniljang (master gat maker). He is the only certified holder of gat-making technique who has mastered every part of the process for Tongyeong Gat. He is the ipjajang, the master who completes the gat by connecting the crown and the brim, and he is also able to handle all three stages of gat making. Jung got his start in Daegu, and came to inherit the tradition of Tongyeong Gat, regarded as the finest form of gat in the country. He moved from Tongyeong to Seoul and settled down with artisans in other types of craft at the National Intangible Cultural Heritage Initiation Training Center.
Six decades have passed. Along the way, Jung’s wife, Do Gook-hee, has been assisting him. The two were destined to be together. Do handles yangtaeil, the most complicated and time-consuming part of gat-making. Even as she and her husband were talking, Do kept her hands busy by preparing bamboo slices, each about 0.1 to 0.3 mm thick. 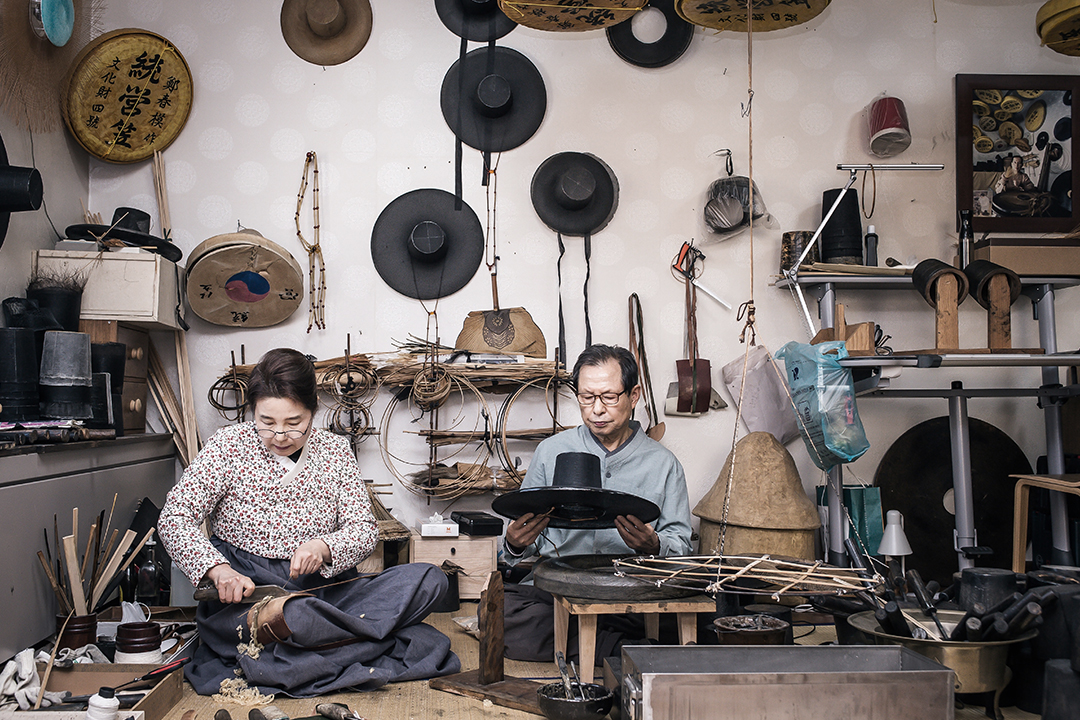 Q. What was it like when you started learning the craft?
A. I was born in Yecheon, North Gyeongsang Province, and picked up gannil in Daegu. Then I followed the lead of artisans that came from Tongyeong and learned more from them. I later moved to Tongyeong and I had three mentors, who all worked on different parts of gat. I was trained in all three of chongmojail, yangtaeil and ipjail.

Q. Why did you decide to do all three? It must have been so difficult.
A. No one else would do it. My mentors were in their 70s, and people around them, their children or other locals weren’t going to learn the craft. To really learn how to make gat, you have to invest in at least 10 years. It’s just so painstaking. I felt that if I didn’t do it, then no one else would and then the tradition would just die. 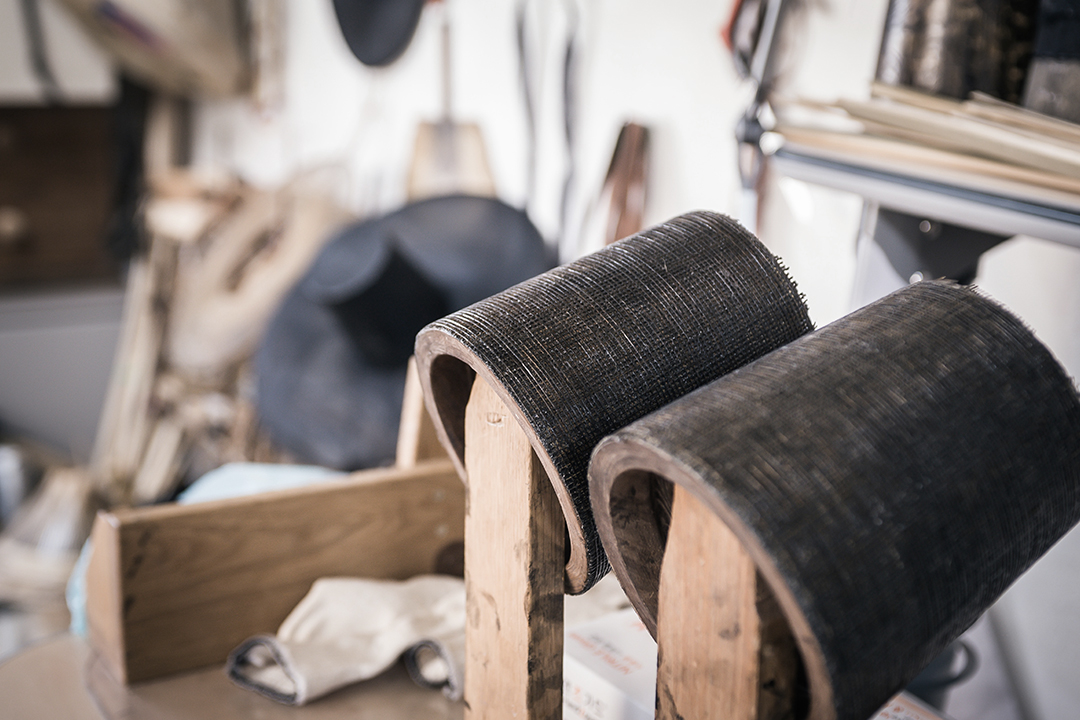 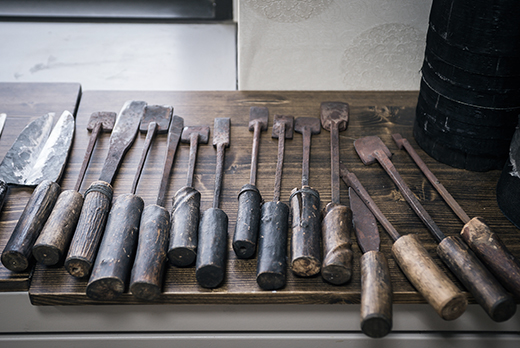 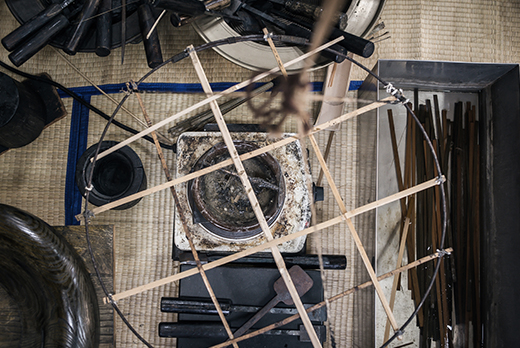 Q. Now you’re making gat with your wife, Do Gook-hee.
A. You can’t make gat alone. It just takes too much work and too much time. She first started helping me out because I was struggling so much. She handled yangtaeil and she herself became a graduate of the gannil program. Our son works as a teaching assistant, too. Gannil has to be a family affair. Unless it involves a family, techniques can’t be preserved. People working on gat must stay together at all times.

Q. What makes Tongyeong gat so famous?
A. People all over the country made gat but Tongyeong produced the best ones. During the Japanese invasion in 1592, Admiral Yi Sun-sin, the naval commander of three provinces at the time, ran 12 craft workshops with joiners and other artisans from Tongyeong. All the top-rated artisans from across the country gathered in Tongyeong, including masters of gat.


The name Tongyeong comes from ‘Tongjeyeong,’ a short for the Three-Province Naval Command, during the Joseon Dynasty. Admiral Yi, the inaugural commander, set up 12 workshops there to build weapons and other tools to prepare for war. Those places made najeonchilgi (lacquerware inlaid with mother-of-pearl), furniture, bows, cast, saddles and gat. In peace times, artisans there made presents and other items of high quality for kings. The wardrobe, gat and small dining table made in Tongyeong were considered the best in the country. Noblemen created some sort of private fund to get their hands on wardrobes, and mother-of-pearl from Tongyeong was a must-have accessory for ladies. And a true Joseon gentleman had to wear a Tongyeong gat 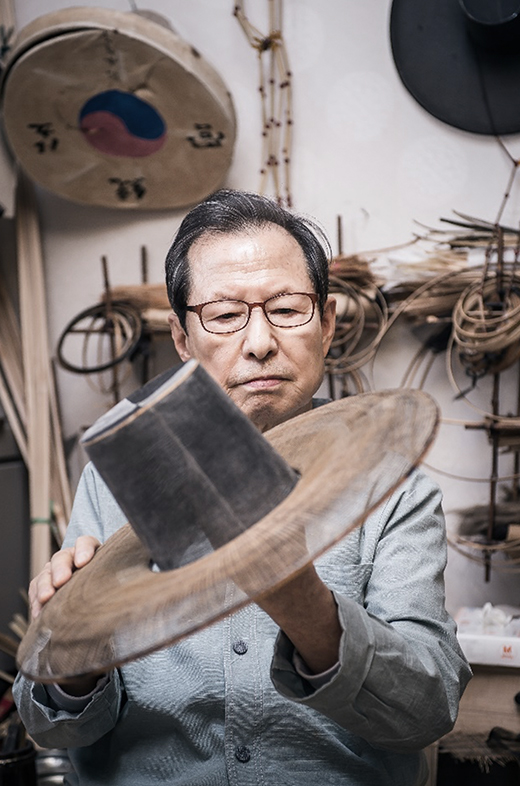 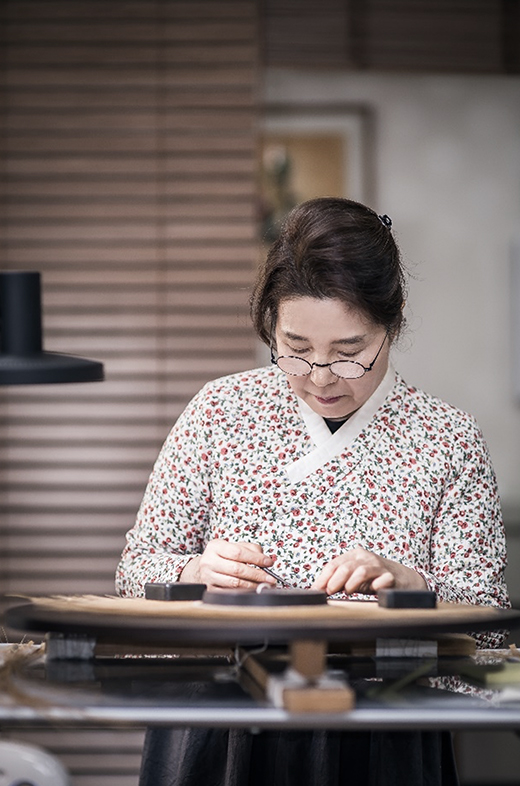 Q. I’ve only watched you at work for a few moments here and I can tell it’s quite a challenging process.
A. Gat requires an extremely high level of skills. Back in the days, aristocrats took a huge pride in what they wore on their heads. They were particular about their gat and spent a lot of money on it. They needed hats that were tightly knit and glistened. Confucian scholars really indulged in gat, even more than what people do with their fashion today. Aristocrats became more demanding, and it pushed gat makers to be even more skilled, which in turn led to high-quality hats. But it became too difficult that nobody wanted to learn it anymore.

Q. Who buys gat today?
A. There aren’t that many people who buy them. The government buys a few every year. People who perform in shows reach out occasionally to buy gat from me. Sometimes, museums or families come calling to use gat for ancestral rites. 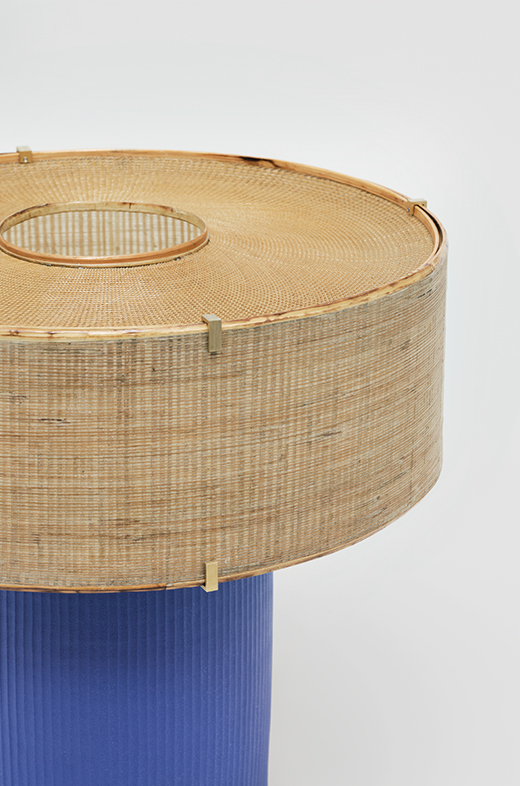 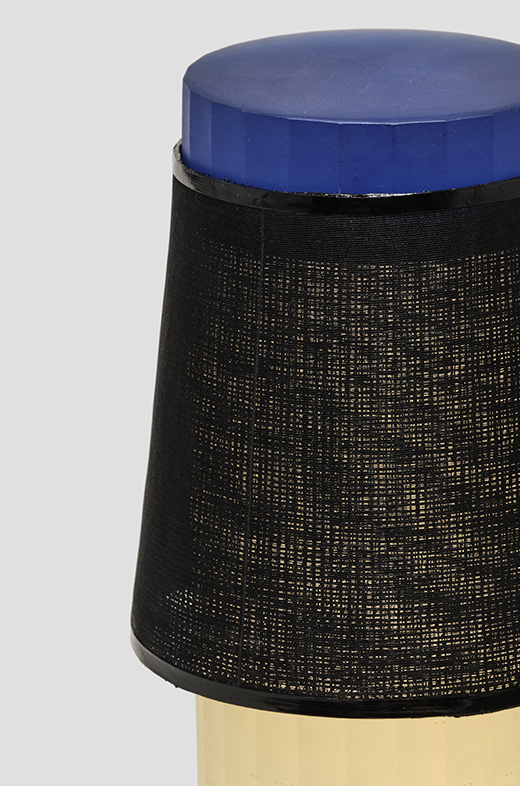 Q. You were named the Artisan of the Year by YEOL and you got to work with contemporary designers, too.
A. I’d never done anything like that before. But when YEOL asked me about that, I felt it was the direction that I had to take. I decided my students would need to be involved in similar collaborations in the future, and so I wanted to open the doors for them. 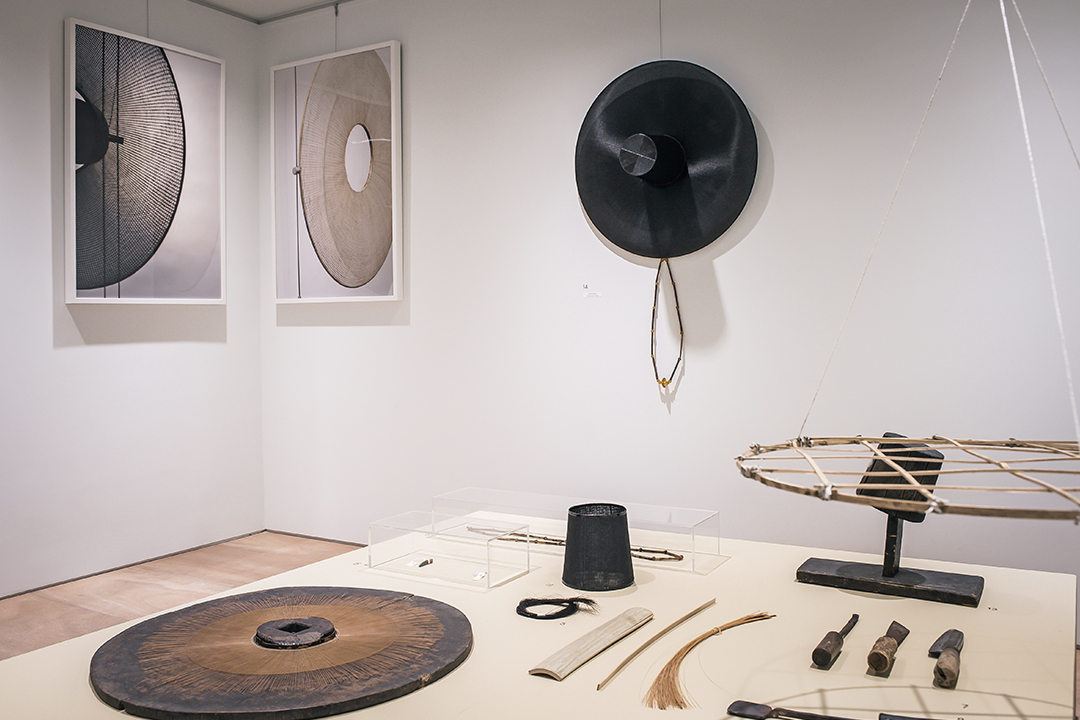 Exhibition for the ‘Artisan of the Year’ for 2020, selected by YEOL

Q. How did it all go?
A. I loved it. I felt like I took another step forward. I think I’ll continue to have similar opportunities. I’ve been getting calls from Tongyeong and Gangnam district. I’ll try to keep the tradition of gat alive in any way I can. I don’t think anyone else can do it.