Keywords to Know for Traveling in Korea, #BTS
Where did BTS shoot that photobook? Let’s start this month’s journey with this question.
BTS is rewriting the pop music history of the world. They’ve topped the US Billboard Hot 100 chart and performed on the Grammy Awards stage. Their world tour was put on halt on account of Covid-19, but their music still travels around the globe through wires.
Thanks to the Bangtan Boys, Seoul got an image makeover. The boy band filmed most of their content in lesser-known areas of Korea, breathing new life into them. Inspired by BTS, we travel to the hidden photo-worthy locations where BTS had their photobooks and music videos taken. 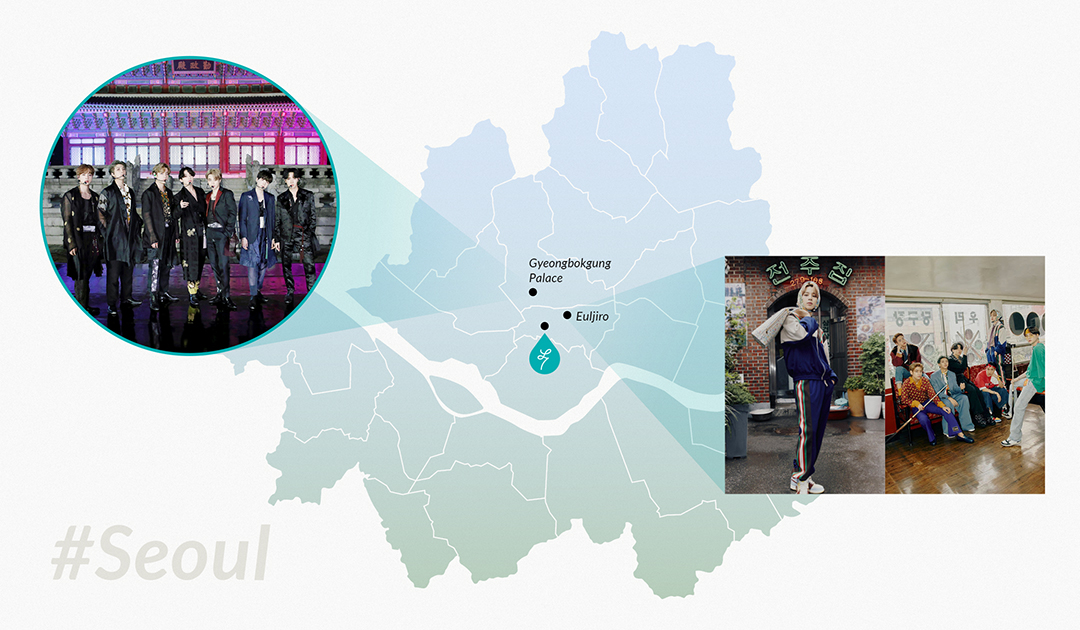 Euljiro, Seoul
For the ‘2021 Season’s Greetings,’ comprising a set of New Year goods including a calendar and a journal that were released at the end of December, BTS adopted a ‘retro’ concept. Euljiro in downtown Seoul still maintains the 1970s-1980s ambience. Korean food restaurants, and mom-and-pop jewelry stores located between Jongno 3-ga Station and Euljiro 3-ga Station offered real retro backdrops for the shooting. Make sure to try ssanghwacha(black herbal tea) with an egg yolk on top that V ordered at Eulji Dabang.
Address Eulji Dabang, 72-1 Chungmu-ro, Jung-gu, Seoul
Gyeongbokgung Palace, Seoul
Korea’s landmark Gyeongbokgung Palace was also featured in the BTS production. They filmed two performances at the ancient palace in Seoul for American late-night talk show < The Tonight Show Starring Jimmy Fallon >. The group sang ‘IDOL,’ wearing hanbok-inspired outfits in the front yard of Geunjeongjeon Hall where important ceremonies and rituals were held in the Joseon Dynasty. BTS also performed ‘Mikrokosmos’ at Gyeonghoeru Pavilion situated in an artificial lake in the northwest of Geunjeongjeon Hall.
Address 161 Sajik-ro, Jongno-gu, Seoul 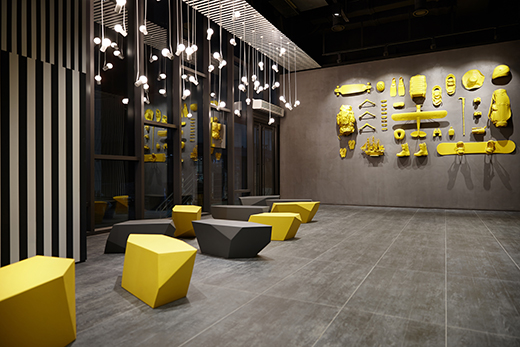 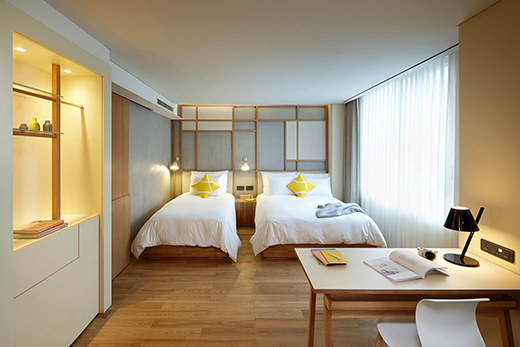 Where to Stay in Seoul: L7 MYEONGDONG
L7 MYEONGDONG, located at about a 20-minute walk from Eulji Dabang, is a lifestyle hotel with trendy sensibility and cozy ambience. Close to Gyeongbokgung Palace, it is conveniently located in downtown Seoul with easy access to Korea’s most popular tourist destinations such as Mount Namsan and Namdaemun Market. The hotel has a rooftop bar overlooking the streets of Myeongdong, offering seven signature cocktails to make your nights in Seoul extra special.
Address 137 Toegye-ro, Jung-gu, Seoul
Phone +82-2-6310-1000
Homepage www.lottehotel.com/myeongdong-l7 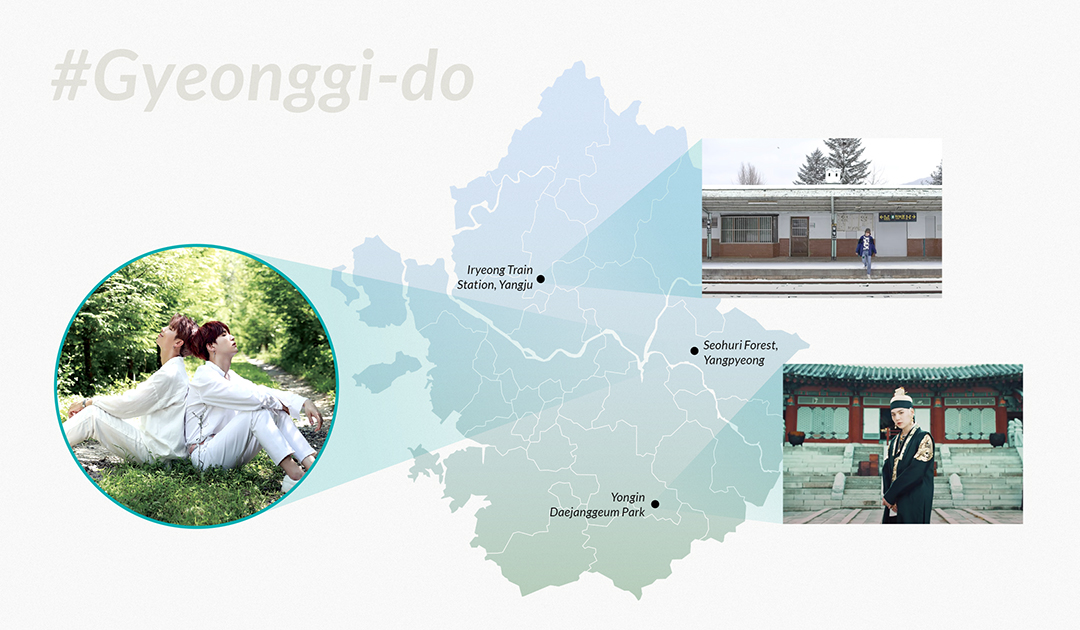 Yongin Daejanggeum Park, Yongin
Suga filmed a music video for ‘Daechwita,’ a lead single from his second solo mixtape, D-2, released under his stage name ‘Agust D,’ at Yongin Daejanggeum Park in Gyeonggi Province. ‘Daechwita’ samples Korean traditional military music and its music video follows a storyline going back and forth between ancient and modern backgrounds. The palace and town street scenes were shot at Yongin Daejanggeum Park, which is the original filming site for the dramas < Dae Jang Geum > and < Moon Embracing The Sun >.
Address 330 Yongcheon-ro, Baekam-myeon, Yongin-si, Gyeonggi Province
Iryeong Train Station, Yangju
The music video of ‘Spring Day’ starts with a scene where V is waiting for a train on the platform. As the camera zooms in on V putting his ear to the track, a flashback ensues. The train station in the video is Iryeong Station in Yangju, Gyeonggi Province. The operation of passenger trains ended in 2004, and currently there are only cargo trains passing the station occasionally. A place where time seems to sit still, Iryeong Station is popular not just among ARMY(the official fandom of BTS) but drama and film producers as well.
Address 327, Samsang-li, Jangheung-myeon, Yangju-si, Gyeonggi Province
Seohuri Forest, Yangpyeong
Seohuri Forest, a small, quaint forest in Yangpyeong, Gyeonggi Province, is a must-see on the BTS filming site tour. It’s where the group posed for photos for ‘2019 Season’s Greetings.’ Various species of trees, such as yellow popular, royal azalea, pine, and dogwood, form individual colonies. BTS filmed in three different spots including the birch, metasequoia, and maple groves. If you wish to record your own visit with a camera, prepare a wreath to wear around your head, just like a scene from the music video.
Address 200 Geobukbawi 1-gil, Seojong-myeon, Yangpyeong-gun, Gyeonggi Province 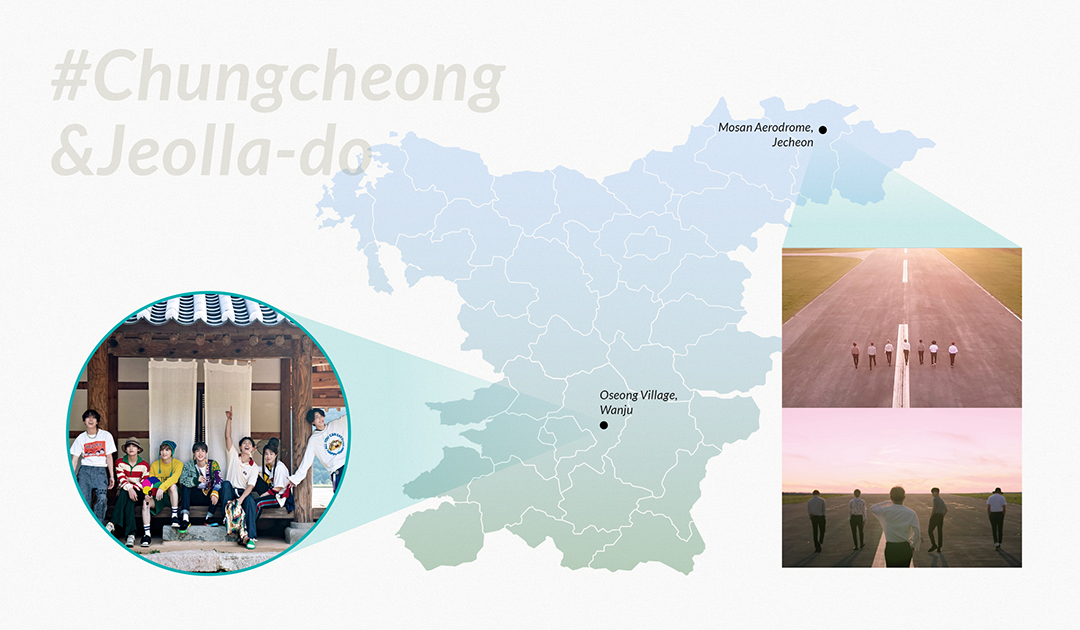 Mosan Aerodrome, Jecheon
Like a phrase “Even when I fall and hurt myself, I keep running.” from their song ‘EPILOGUE: Young Forever,’ members of BTS run on the airstrip for the song’s music video filmed at Mosan Aerodrome in Jecheon, North Chungcheong Province. Originally built for military training purposes in 1955, the aerodrome has recently been used as a public walking trail. You can find ‘FOREVER’ written on the paved runway, which is the key feature of the location.
Address 1249 Goam-dong, Jecheon-si, North Chungcheong Province
Oseong Village, Wanju
Lauded for their effort to promote Korean traditional style via their music and performances using gukak and talchum, BTS filmed their ‘2019 Summer Package’ in a hanok village. Their photobook capturing the quaint beauty of hanok features Awon and Soyang Gotaek. Awon Museum & Hotel offers a cultural experience as well as a lodging service, combining traditional architecture of gotaek(old house) with a modern building.
Address 516-7 Songgwangsuman-ro, Soyang-myeon, Wanju-gun, North Jeolla Province 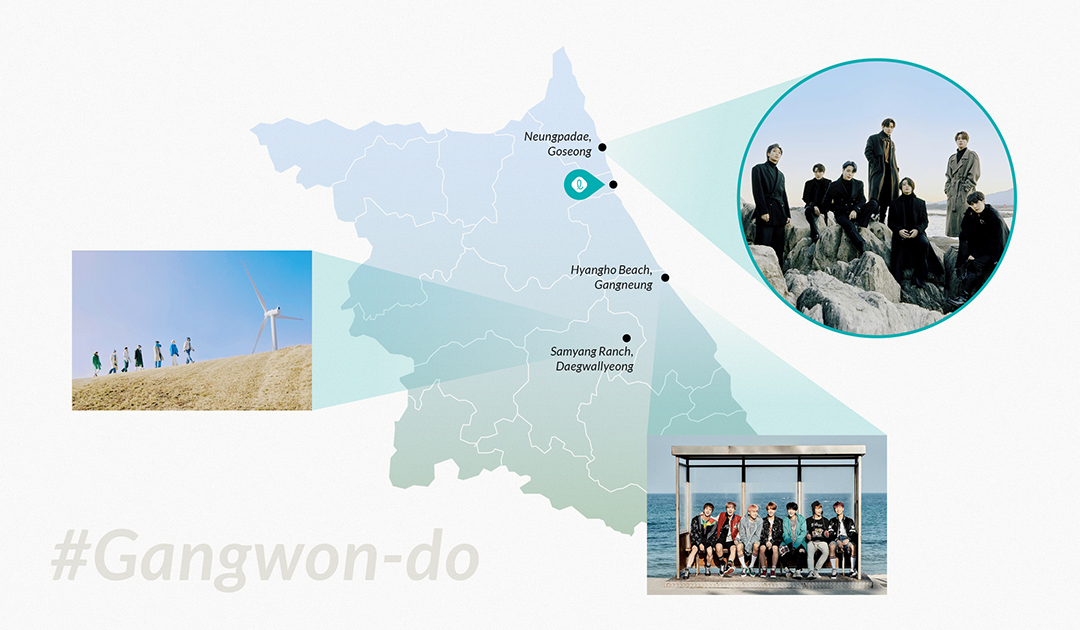 Hyangho Beach, Gangneung
Jumunjin Hyangho Beach is famous for the ‘BTS bus stop’ where the cover of their 2017 album < You Never Walk Alone > was photographed. The city of Gangneung reconstructed a temporary bus stop meant for the photoshoot, turning it into a hot travel destination among ARMY members. The bus stop on the beach is always crowded with BTS fans waiting for their turn to take a photo, so getting there early in the morning is recommended.
Address 8-54, Hyangho-li, Jumunjin-eup, Gangneung-si, Gangwon Province
Neungpadae, Goseong
BTS visited Gangwon Province for their ‘2021 Winter Package.’ Along with Daegwallyeong Samyang Ranch, Neungpadae, a lookout point surrounded by giant rocks of strange shapes, became the background of the photoshoot. The Bangtan boys re-enacted a scene from the drama < Dokkaebi >, wearing dark-colored outfits. Dubbed ‘Gombobawi’ or taffoni in English, which are rocks with holes due to salt weathering, the rocks create a spectacle against the vast ocean.
Address 65 Gwejin-gil, Jukwang-myeon, Goseong-gun, Gangwon Province (Neungpadae), 708-9 Ggotbatyangji-gil, Daegwallyeong-myeon, Pyeongchang-gun, Gangwon Province (Daegwallyeong Samyang Ranch) 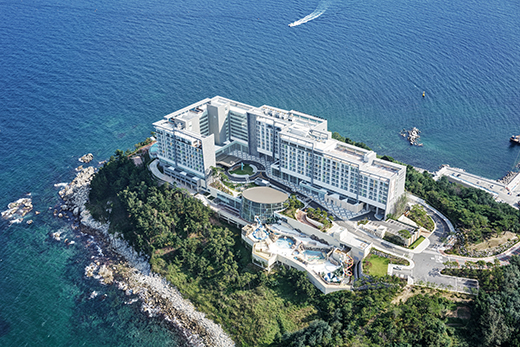 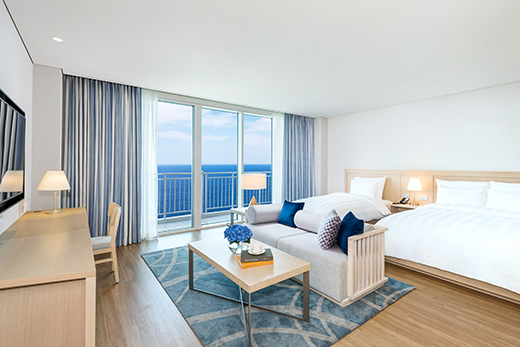