Rocking in Seattle
They say Liverpool is the birthplace of the Beatles. Seattle, then, is the home of Nirvana and Pearl Jam. That is not lost on Seattle’s tourism bureau, and articles introducing Seattle never forget to tout Seattle’s proud grunge rock tradition.
“Then that Cobain pussy had to come around and ruin it all.”
Like there's something wrong with just wanting to have a good time?
This is an exchange from the film , between the washed-up 1980s pro wrestler Randy and a stripper named Pam over a beer at a pub. As Randy said, hard rock bands like Guns N’ Roses and pop metal acts like Motley Crue dominated the American music scene in the 1980s. During their heyday, these bands were very much part of the mainstream. 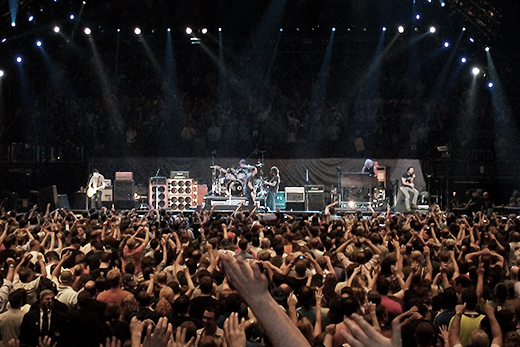 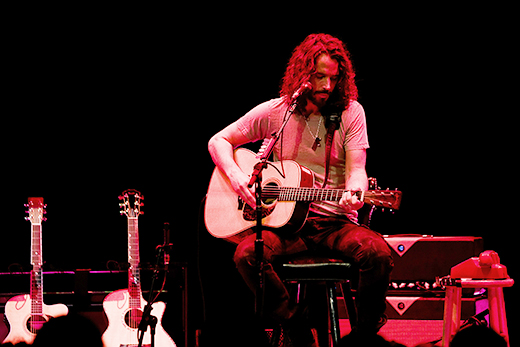 A Single Song Alters Music History
But as the calendar turned into the 1990, a band with a boyish young member turned the music world upside down, playing incredible riffs using just a few chords. With the word ‘Hello, how low’ repeated throughout, the song swept through radio stations in America. Teenagers and 20-somethings started banging their heads to the chorus.
The song was on this album titled <Nevermind>, which dethroned Michael Jackson’s <Dangerous>, considered one of the finest moments for the King of Pop, from the top of the Billboard 200. This upstart band was called Nirvana. And that young man was Kurt Cobain, whom Randy in the film referred to as “pussy.”
Just like that, Nirvana’s ‘Smells Like Teen Spirit’ turned the 1990s a decade of alternative rock, while heavy metal and hard rock that had reigned in the 1980s got shoved aside. Seattle, where the band members grew up and played music, came to be known as the mecca of grunge rock, a genre so named because of its ‘dirty’ sound. Look up the word ‘grunge’ in dictionary. You will see ‘grime or dirt,’ but also get ‘a style of rock music that became popular in the early 1990s' and even ‘untidy fashion typical of grunge fans.’ 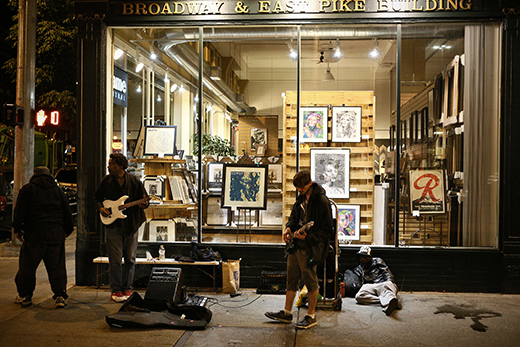 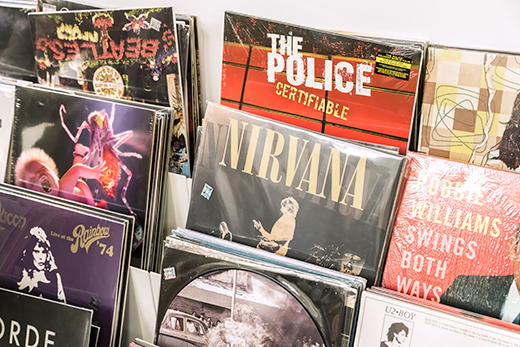 Nirvana, Pearl Jam, Alice in Chains and Soundgarden all performed in Seattle around the same time. Though they didn’t seem to have any obvious musical connection, these four bands came to be called the big four of grunge. In fact, they all played different styles of music. Pearl Jam borrowed elements of country and southern rock. Alice in Chains and Soundgarden played dark and heavy hard rock. Nirvana played punk rock, in the mold of Ramones, Sonic Youth and Sex Pistols. While the grunge sound wasn’t Nirvana’s alone, Nirvana clearly opened doors for the grunge genre. 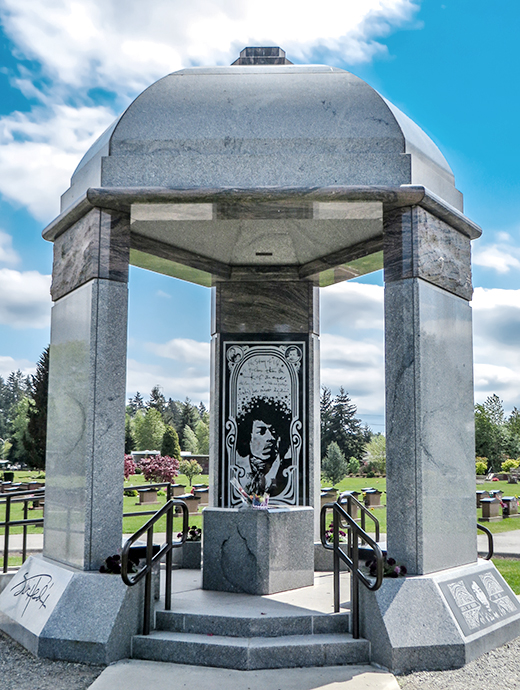 Seattle: Home of Legendary Musicians
Seattle has produced great musicians in genres other than grunge rock. Maybe it’s the rain, but recording artists from California and those from Seattle are quite different. It’s hard to pinpoint exactly what separates them. Maybe it’s the difference between the sun and the cloud, dry air and humidity, and the beach and the garage.
Jimi Hendrix, the guitar god and the king of psychedelic rock, was born and raised in Seattle. Hendrix’s first gig was at Seattle’s Temple De Hirsch. Though he gained fame in England and spent his last moments there, Hendrix is buried in Seattle. Bing Crosby, the influential jazz standard singer and the father of Christmas carols, hailed from Tacoma, a town just southwest of Seattle. Crosby formed a jazz band in Seattle. Quincy Jones, the dean of pop music, was born in Chicago but grew up in Seattle. And it was there that Jones started getting into music. Also in Seattle, Ray Charles, the great soul and blues artist, started making a name for himself and also met Jones to start a band.
Grunge Rock Landmarks in Seattle 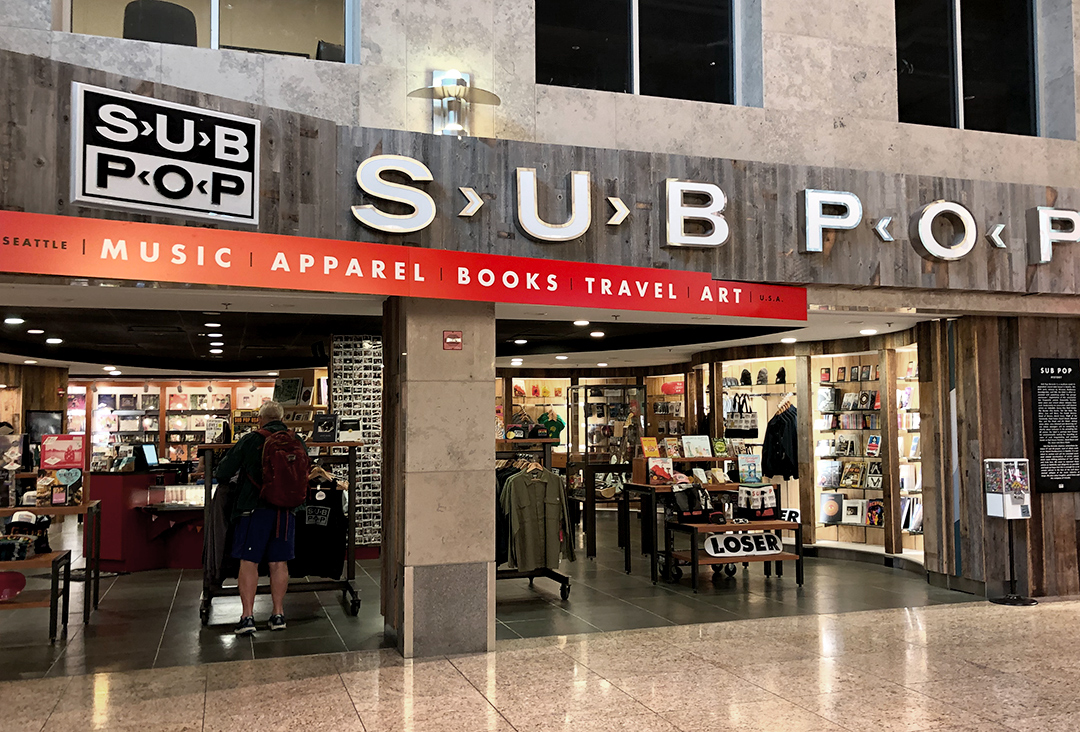 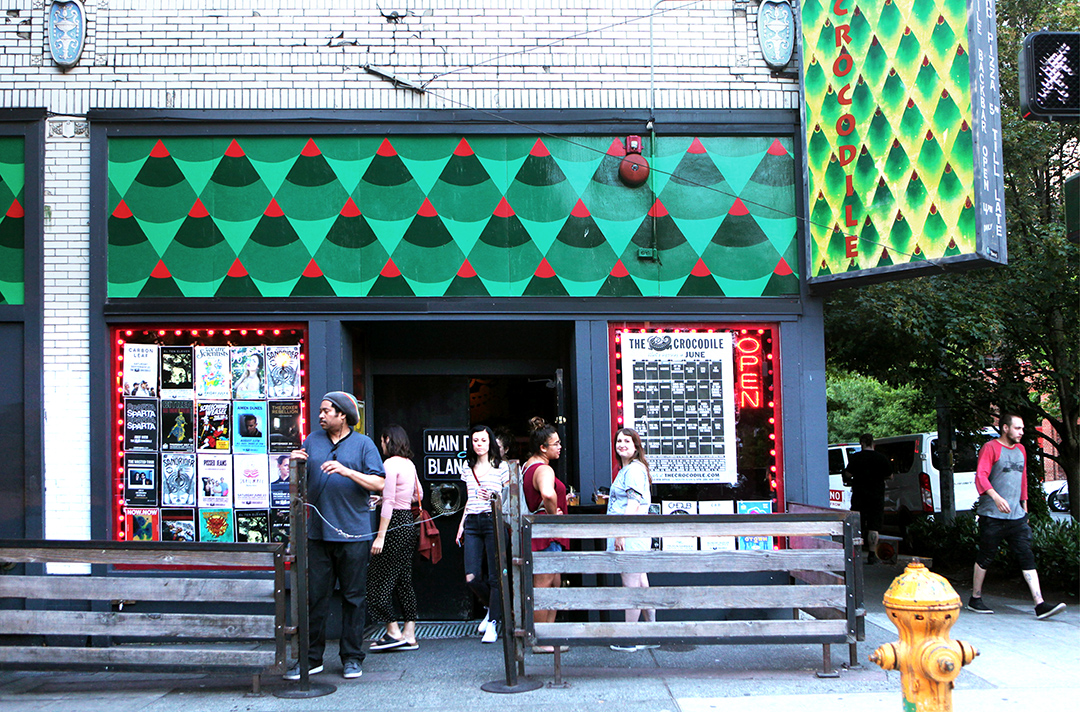 Live Music Clubs in Seattle
As befits its status as the rock mecca, Seattle has several well-known live music clubs. The Crocodile should be at the top of anyone’s list. Nirvana, Pearl Jam, Alice in Chains and Soundgarden have all played there. The club opened in 1991, the same year that Nirvana’s <Nevermind> came out. It was a match made in heaven, as the Crocodile evolved into the top destination for rock enthusiasts all over the world. Unfortunately, with grunge rock in decline, the club closed in 2007. Alice in Chains’ drummer Sean Kinney took over the Crocodile. 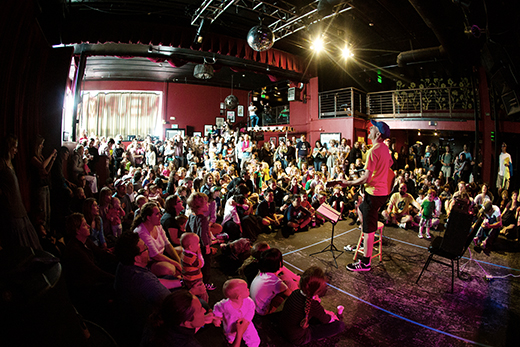 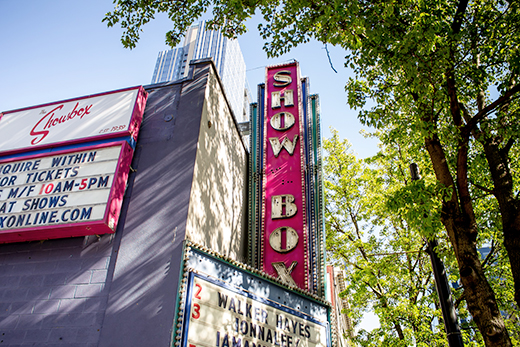 Neumos and Showbox are other popular venues. Neumos opened in the early 1990s, at the height of the grunge movement, and Pearl Jam and Neil Young performed there together. The venue started out as Moe’s Mo’Roc’N and later became Neumos (new Moe’s). Showbox opened in the 1930s as a jazz club. In its early days, the club mostly played jazz, a popular genre at the time. Today, it also hosts live performances in neofolk, hip-hop and rock.
Paramount Theatre is designed for large-scale shows. It hosts music concerts covering many different genres, and also stages musicals and plays. Madonna’s legendary Seattle show was right at this venue. 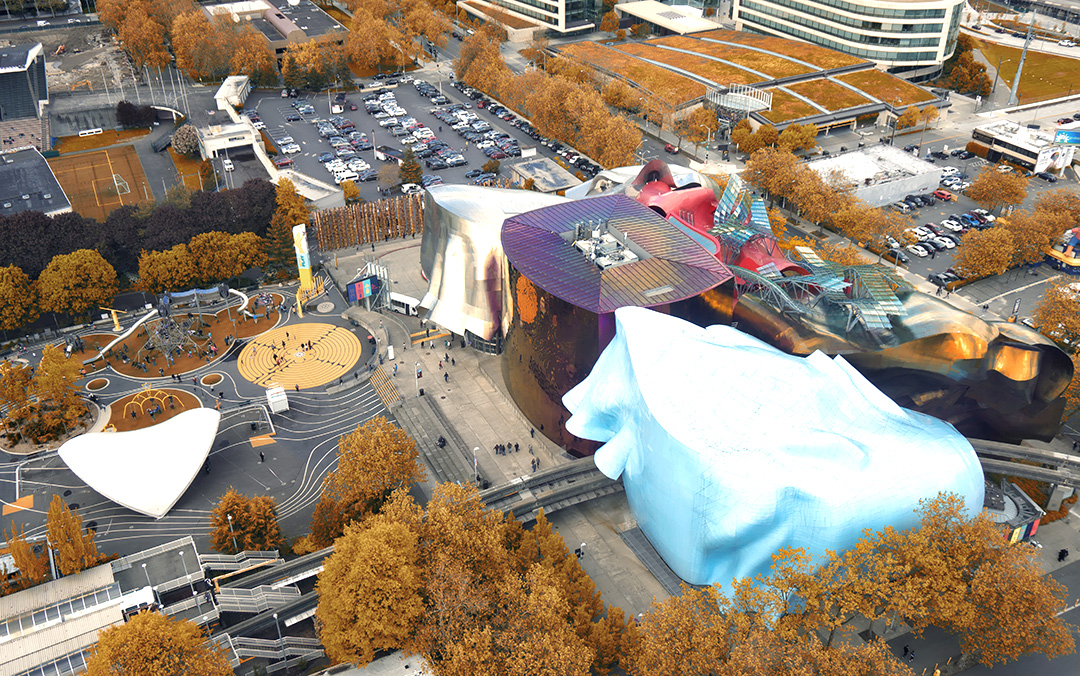 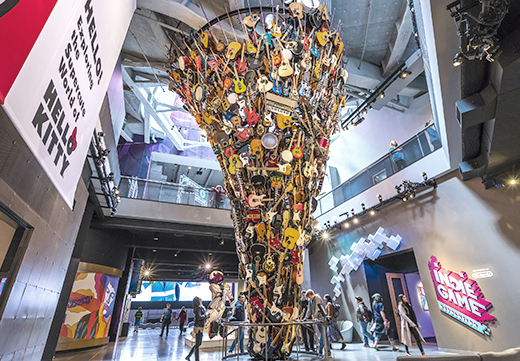 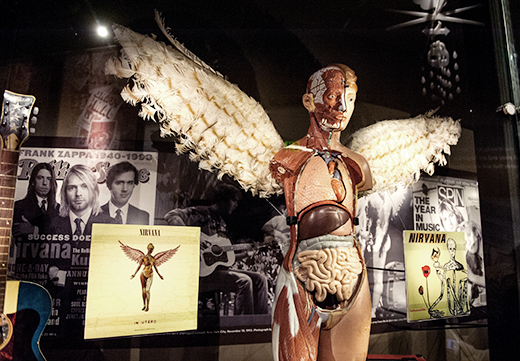 The Museum of Pop Culture, Covering Pop Culture History
Built by Microsoft co-founder and music lover Paul Allen, the museum is simply called the MoPOP among the locals. There are more than 80,000 music artifacts. Allen, a huge fan of the Seattle-born guitar god Jimi Hendrix, built the museum in celebration of Hendrix, blues and rock music. The museum, designed by Frank Gehry, resembles a guitar that Hendrix smashed. At first, it was called ‘Experience Music Project,’ a nod to Hendrix’s early band, the Jimi Hendrix Experience. After getting its name changed to the Museum of Pop Culture, it has included exhibits on Marvel Comics and films. Of course, Jimi Hendrix and Nirvana exhibits are the most famous ones there. 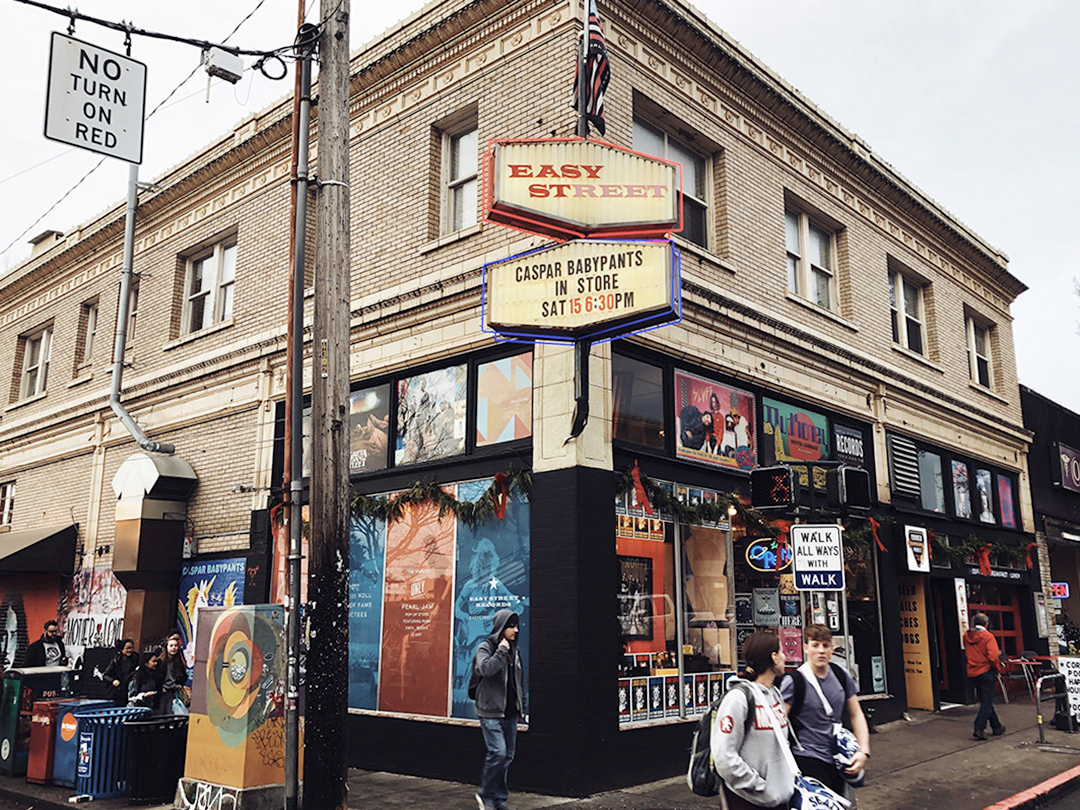 Easy Street Records, the Most Famous Record Shop in Seattle
Easy Street Records is the best-known record shop in Seattle. <Rolling Stone> and <Time> rank this place one of America’s 10 best record stores. Fans of grunge rock say this is the coolest record shop in the world. In addition to selling record, the shop also hosts live performances. Such legends as Lou Reed, Elvis Costello, Patti Smith and Pearl Jam have all played there. Easy Street Records also made headlines a few years ago when an uncashed royalty check made out to Nirvana’s Kurt Cobain was discovered in the basement. It was for $26.57.
The record shop also runs a café, which was added to the ‘Breakfast Hall of Fame’ by magazine. It’s hard to believe such an honor actually exists. 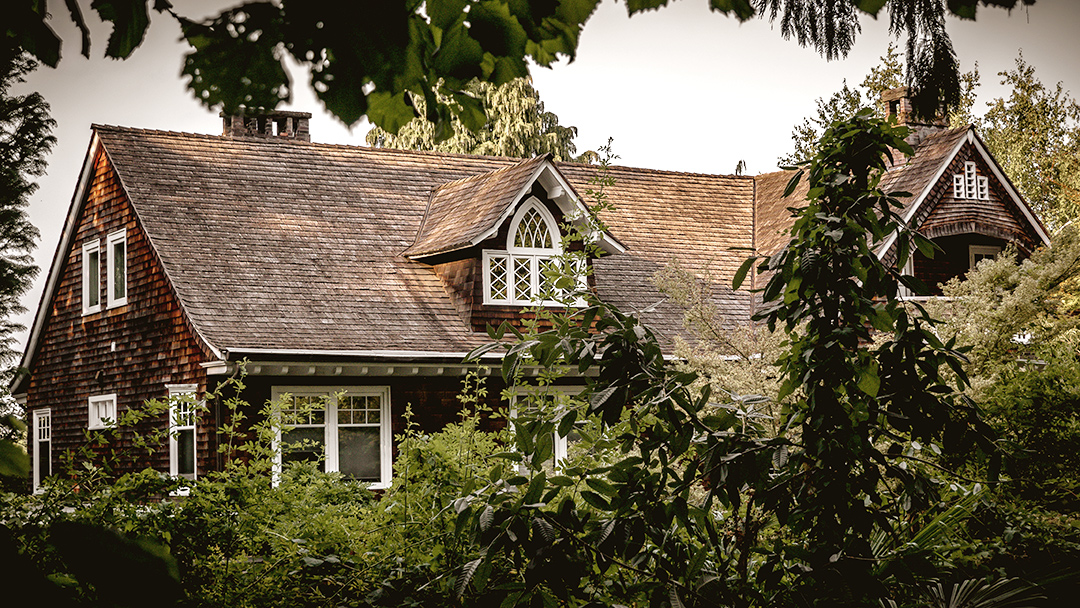 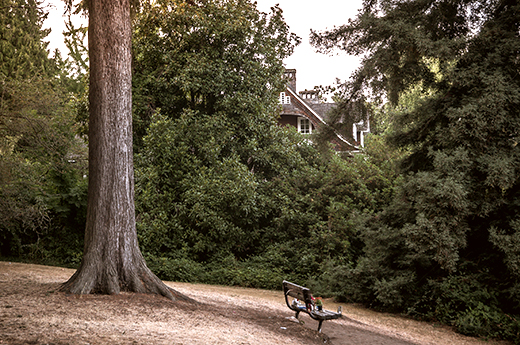 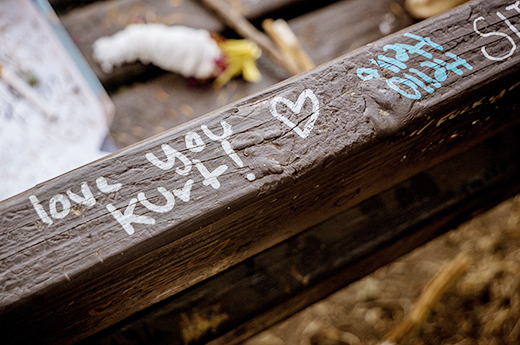 Viretta Park, Last Traces of Kurt Cobain
Perhaps Cobain stuck to his motto that ‘it’s better to burn out than to fade away.’ Cobain was cremated and his remains were scattered into the Wishkah River. With no cemetery to visit, Nirvana fans instead go to Viretta Park to pay tribute to the late rock star. It’s a relatively small, 7,300㎡ park near Lake Washington on the outskirts of Seattle, and it’s best known as the memorial park for Cobain. His former home is located right next to the park. There are also benches that Cobain apparently sat on to relax. And those benches are covered in graffiti and flowers. Fans gather at the park on April 5, the anniversary of Cobain’s death, to remember their deceased rock icon. 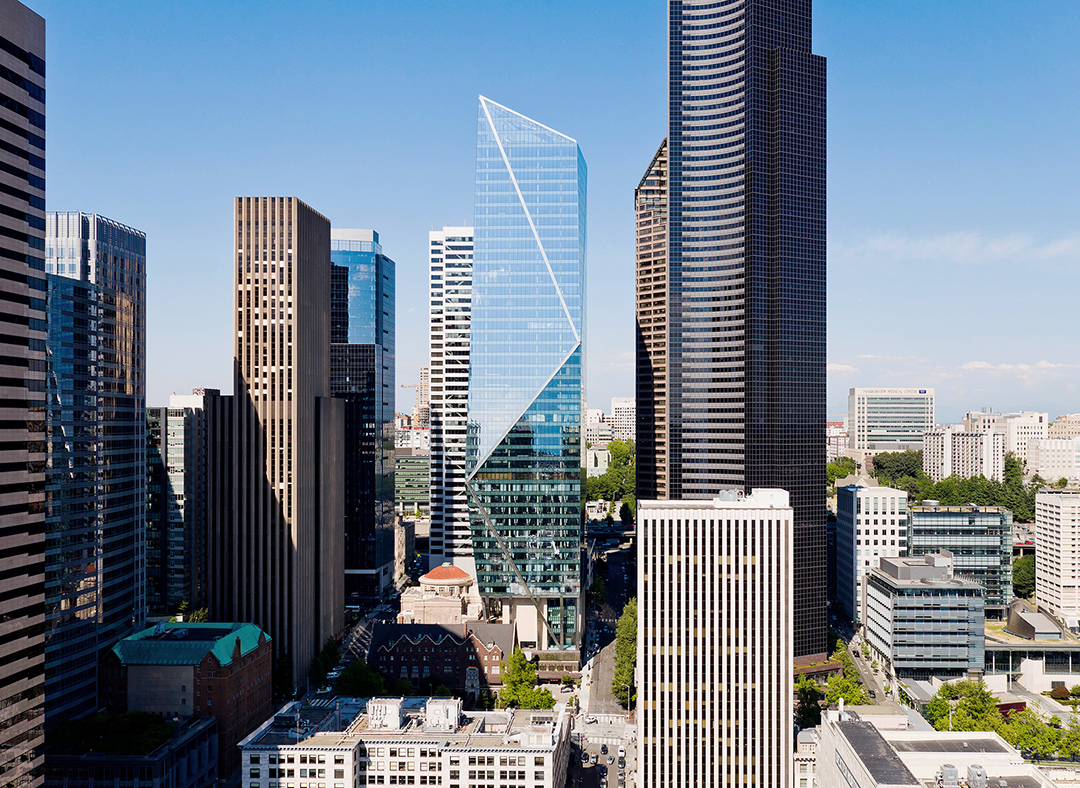 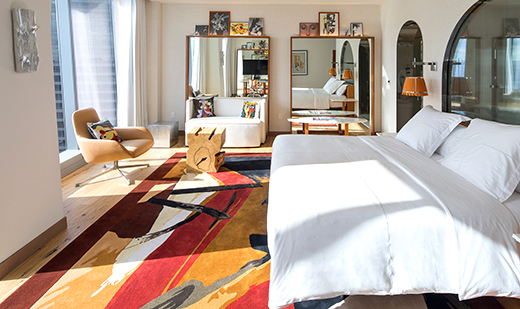 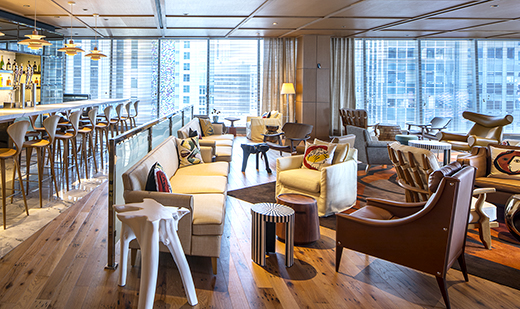 Where to Stay in Seattle: LOTTE HOTEL SEATTLE

LOTTE HOTEL SEATTLE opened in September 2020 in a 44-story high rise located on the 5th Avenue in the heart of downtown. The building’s façade, made entirely of glass panels, brightens up Seattle’s landscape. The 189 rooms and suites in the creative and modern hotel were inspired by the beautiful natural surroundings of Seattle. In the vicinity of the hotel are major attractions such as the Space Needle, Pioneer Square and the Pike Place Market. LOTTE HOTEL SEATTLE is emerging as an ideal place that allows you to do business and enjoy sightseeing while in Seattle.