Contemporary Art Hangout, Jeju Arario Museum
People go to Jeju-do for different reasons these days. Instead of gourmet food and pristine nature, people have started going to Jeju to experience art. The Arario Museum is in the forefront of the trend.
Jeju Island had already been an island of art. Masterpieces by renowned architects including Tadao Ando, Jun Itami, Seung H-Sang, and Dominique Perrault can be found across the island like how you find fruits on a tree. It’s not just architecture. Museums dedicated to the works of Korean masters such as Lee Jung-seob, Kim Yong-gap, Kim Tschang-yeul, and Lee Wal-chong have long been the pride of the island.
Planting Contemporary Museum in Jeju
Having good content does not mean it will attract tourists. Museums or galleries often lose their thunder among the beautiful Jeju environment. There is no rule against art outweighing nature, but nature also does not have to bury art.
Tourists visiting Jeju go to famous restaurants or cafes and hotels offering a great view. Although there are many types of popular museums, they are mostly curated to attract families or children. Everybody knows it is a challenging task to attract people with pure art in Jeju Island.
Having said that, there is one place that is taking more aggressive and active approaches to fill itself with pure fine arts. It is the Arario Museum. 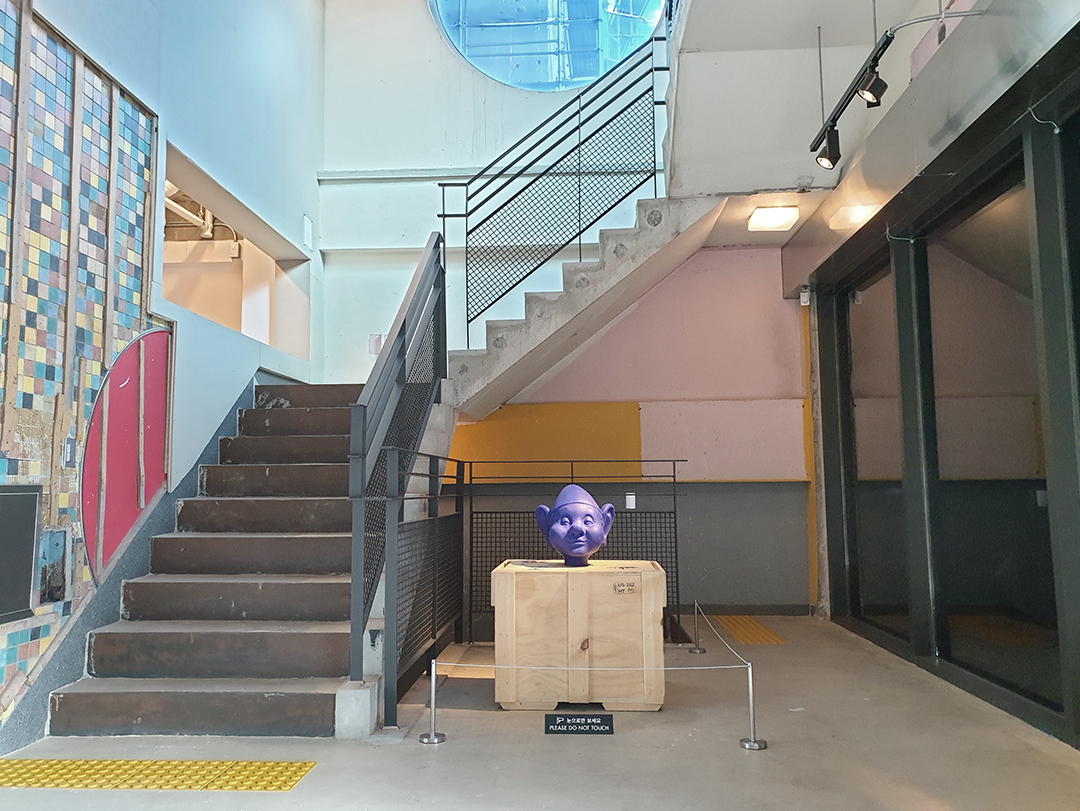 The museum has retained the original structure of the theater, with art works put on display at different corners. This piece by Paul McCarthy is hung underneath the stairs. / Paul McCarthy, Dwarf Head (Blue), 2000, platinum-based silicone and wood crate

The Arario Museum became famous when it attracted art manias to the city of Cheonan by displaying large-scale installation arts by world-renowned artists including Damien Hirst and Subodh Gupta. Since then, it acquired the former Gonggan Saok building in Gye-dong, Seoul, and launched the Arario Museum In Space in 2014. Its collection alone was extensive enough to hold a special exhibition at the National Museum of Modern and Contemporary Art. It included: works by UK-based leading contemporary artists such as Marc Quinn, Tracey Emin, and Jake and Dinos Chapman; paintings by German neo-expressionism artists such as Sigmar Polke and Neo Raugh; works by the fifth-generation artists of China; works by Indian artist Subodh Gupta; and artworks by Korean Gwon Osang and Kang Hyung-koo. 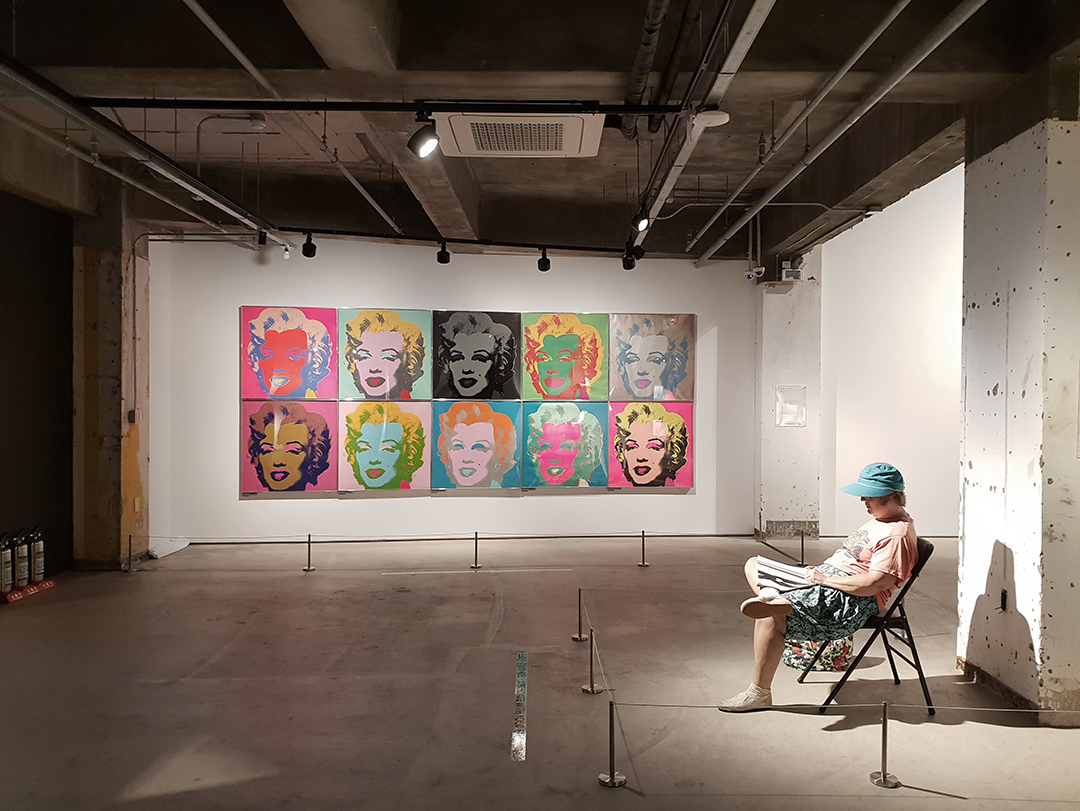 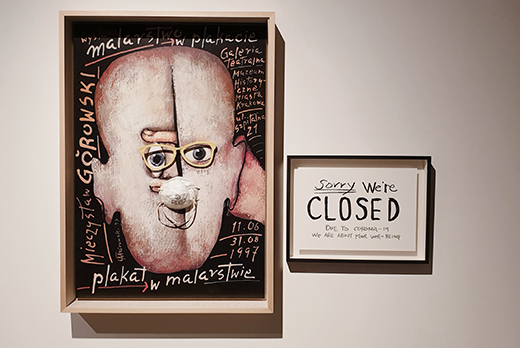 Exhibition by CI Kim, is underway on the fifth floor. 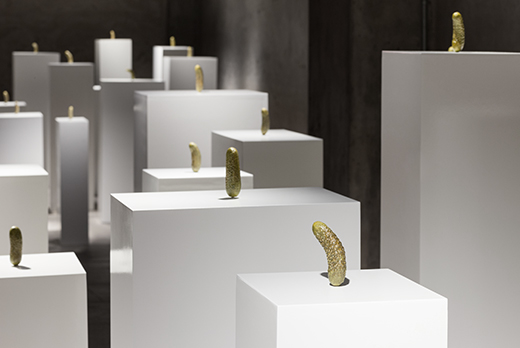 The first basement floor, featuring an installation by Erwin Wurm / Erwin Wurm_Portrait of the Artist as a Young Man, 2008-2017, acrylic, paint, and iron

The museum knew it couldn’t keep all those art pieces in Seoul. As its beginning was in a small city in a suburban area, it was going to open another museum in a non-Metropolitan area. Enter Jeju.
The Arario Museum in Jeju opened in the neighborhood around Tap-dong and Ildo-dong in Jeju-si, instead of a well-known tourism center like Jungmun. It bought old deserted buildings and renovated them into the Arario Museum Tapdong Cinema and Arario Museum Dongmun Motel I and II.
Museum Resembling Theater or Motel
The Arario Museum Tapdong Cinema is located in Tapdong, a northern coastal town in Jeju-si. The name of Tapdong originates from the old custom of building stone towers for an annual ritual to get rid of the bad chi in the area where many widows lived.
In the 1980s, the city of Jeju reclaimed the shallow public waters where residents used to collect seafood and enjoy swimming at low tides, turning the land into a public square and building infrastructure. Thanks to the development, young people started hanging out around Tapdong. In the late 1990s, a cinema opened. It was the Tapdong Cinema Theater, where the Arario Museum stands now. In the early 2000s, the cinema was crowded with moviegoers. However, as the large franchise multiplex that swept the mainland began business in the island, the Tapdong Cinema Theater lost its customers, and finally shut down in 2005. 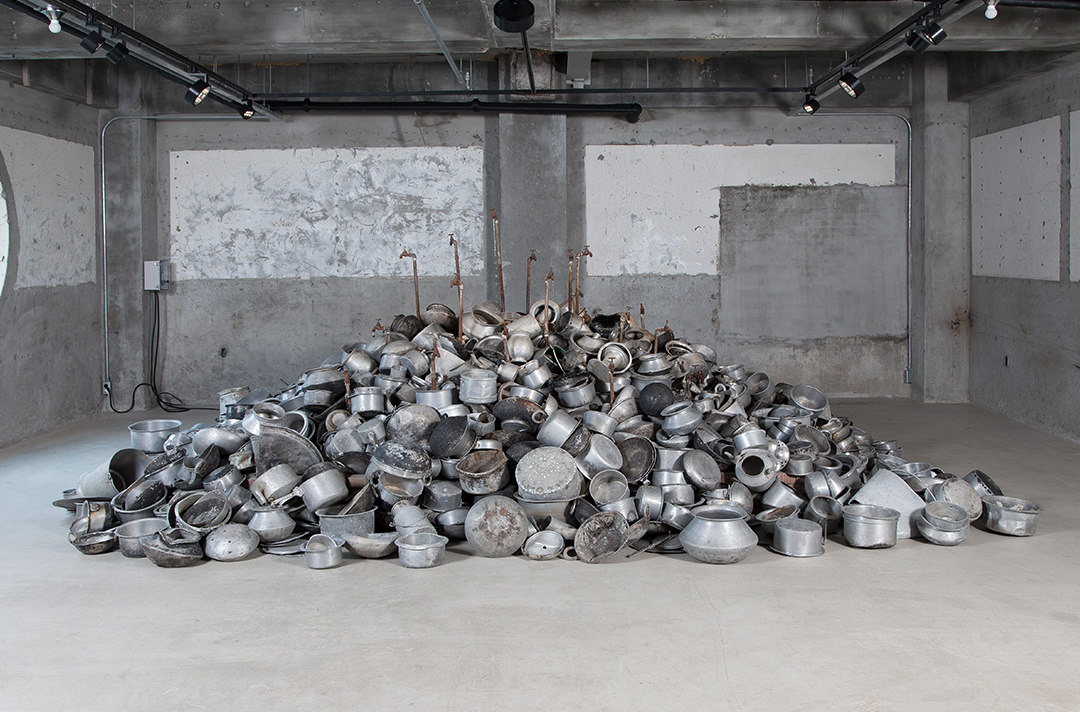 The Arario Museum Dongmun Motel I and II, located about 1km away from the Tapdong Cinema Theater were similar cases. Dongmun Motel, which began business as a motel, became a hospital, and reverted back to an inn, was a lodging used by sailors and the neighborhood was a red-light district. Up until the early 1990s, it was the most commercially prosperous area in Jeju-do. The formation of a new urban center along with the development of air transportation led to a decline of the shipping industry and businesses in coastal towns. The environmental improvement project took place at the same time, resulting in a sudden exodus from the Sanji-cheon and Sanri-ro area where Dongmun Motel was.
Kim Chang-il, founder of Arario, saw a potential of urban redevelopment in the region by means of art and culture. He thought people would return to Tapdong if he built a gallery, select shops, and restaurants. It started with the Arario Museum. 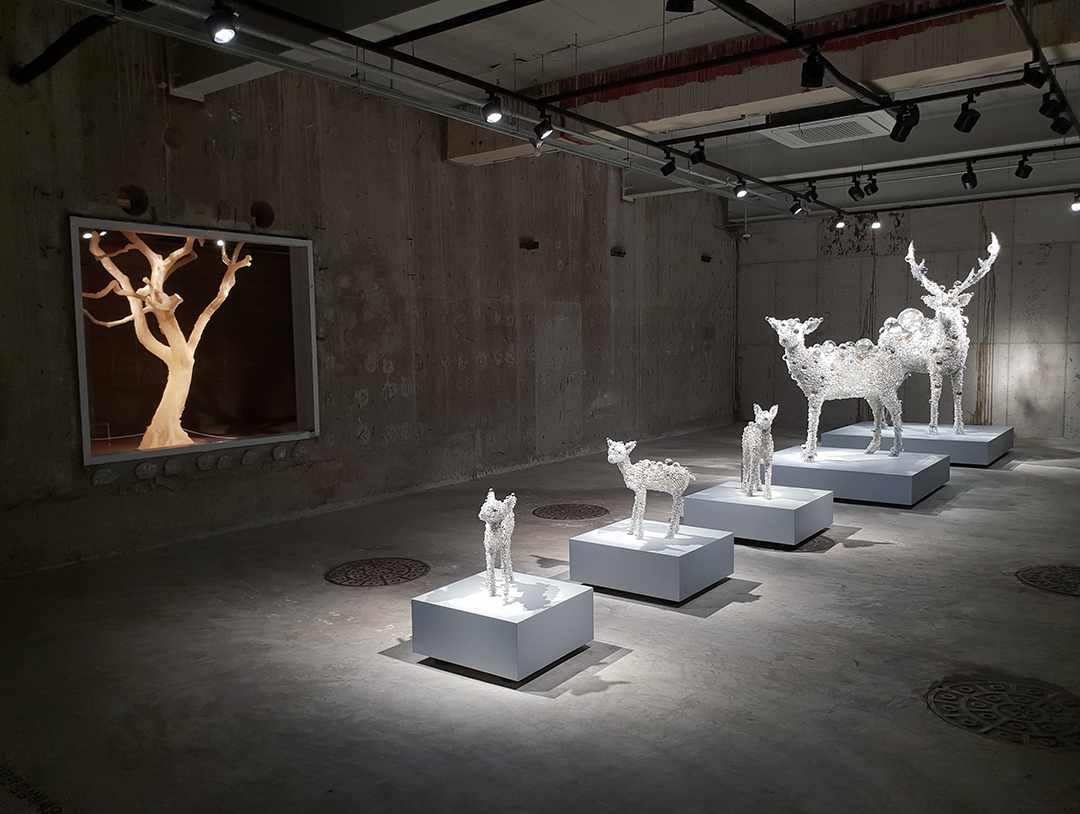 Unprecedented Contemporary Art Collection
Red was mainly used in renovating the cinema and motels, as the color reminds people of wild flowers of Jeju Island. The entire museum is covered in red.
The Tapdong Cinema Theater had a great layout to display large artworks including installations and sculptures. In order to preserve the theater vibe while optimizing the space for art exhibitions, the Arario Museum Tapdong Cinema rearranged the ticket booth, theaters, and part of the projection room. To see the artworks at the museum, it is best to start at the 5th floor and walk down, stopping at each floor. There are various elements across the place that give you a hint about the past of the building. Outside the windows, you can see the Tapdong west dock breakwater and the ocean. 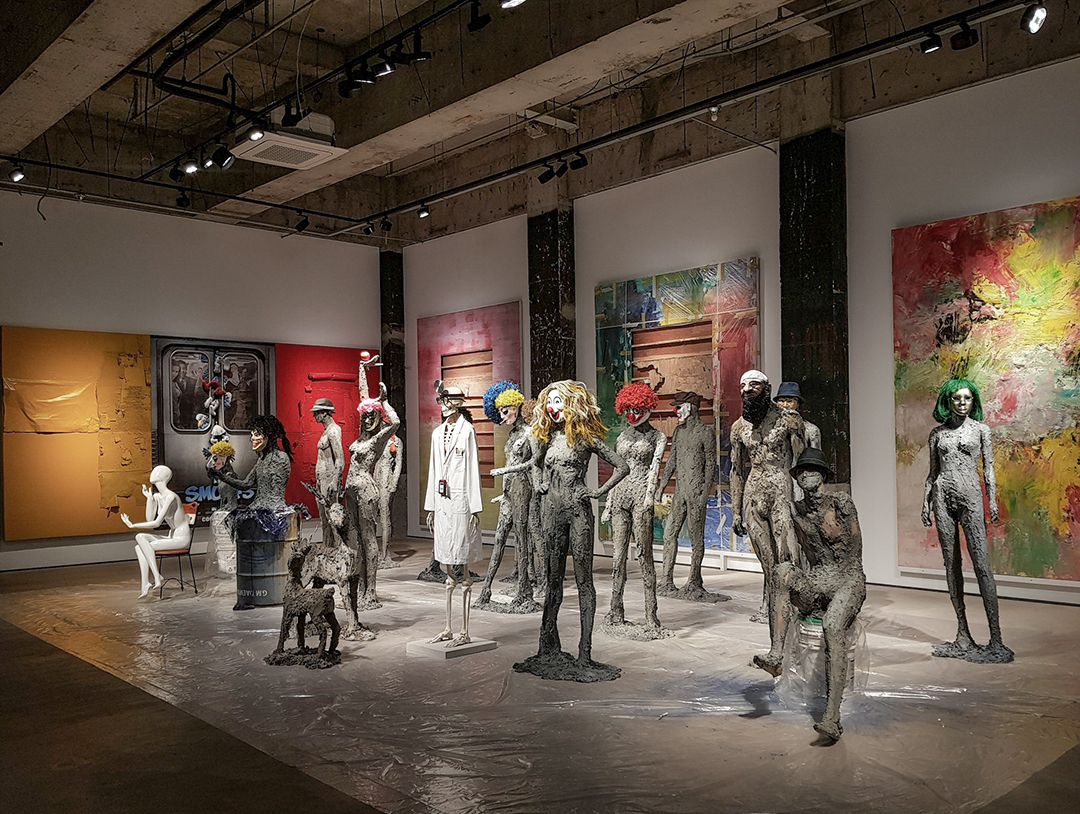 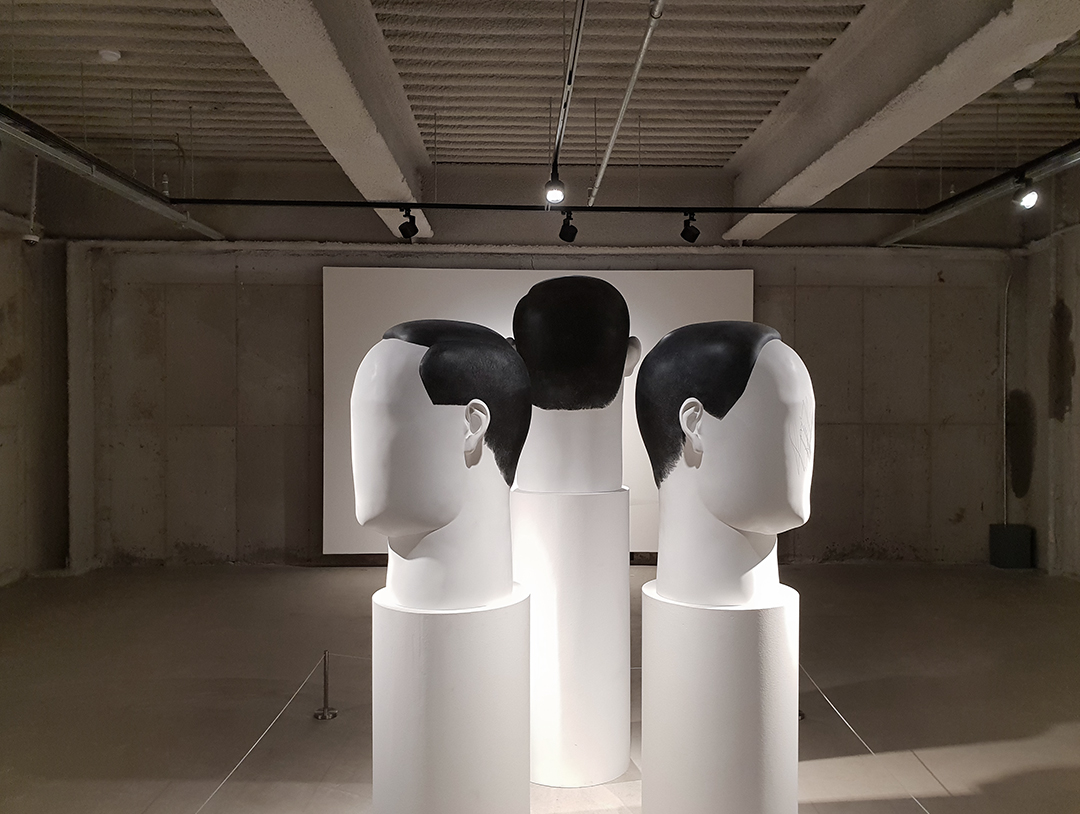 Currently the <Arario Collection> exhibition and CI KIM Solo Exhibition are under way at the Arario Museum Tapdong Cinema. The solo exhibition on the 5th floor is titled <I Have a Dream>. CI KIM is the stage name of Arario owner Kim Chang-il. He is a well-known art collector and artist himself. It is as if he has a secondary character--a trendy concept these days. His decades-long experience and effort as a collector have naturally affected his works. CI KIM’s art includes painting and installation pieces dealing with diverse themes.
The exhibition is a permanent display of 53 pieces by 33 artists from home and abroad, including Paul McCarthy, an American-born contemporary artist known for his satire of capitalism through mythical and children’s book stories, Sarah Lucas, Subodh Gupta, Anselm Kiefer, George Segal, Nam June Paik, and Hun Chung Lee. 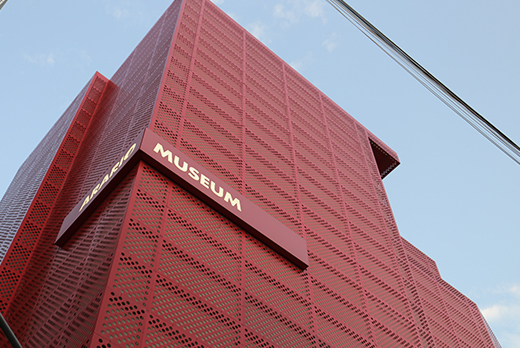 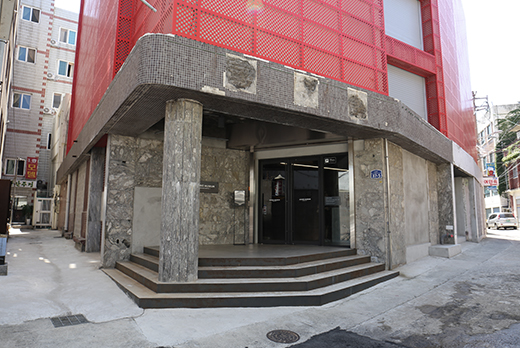 Exterior of the art museum, a converted motel

The Arario Museum Dongmun Motel I and II also preserved the history and traces of the former building. Old mattresses and props used at the previous motel are upcycled into artworks, and a video featuring the Arario collection is played in a tub from the old guestroom. A few rooms are left in their original state so that visitors can look into the building’s past. The arts on display here fill the gaps between the traces and stories from the past. 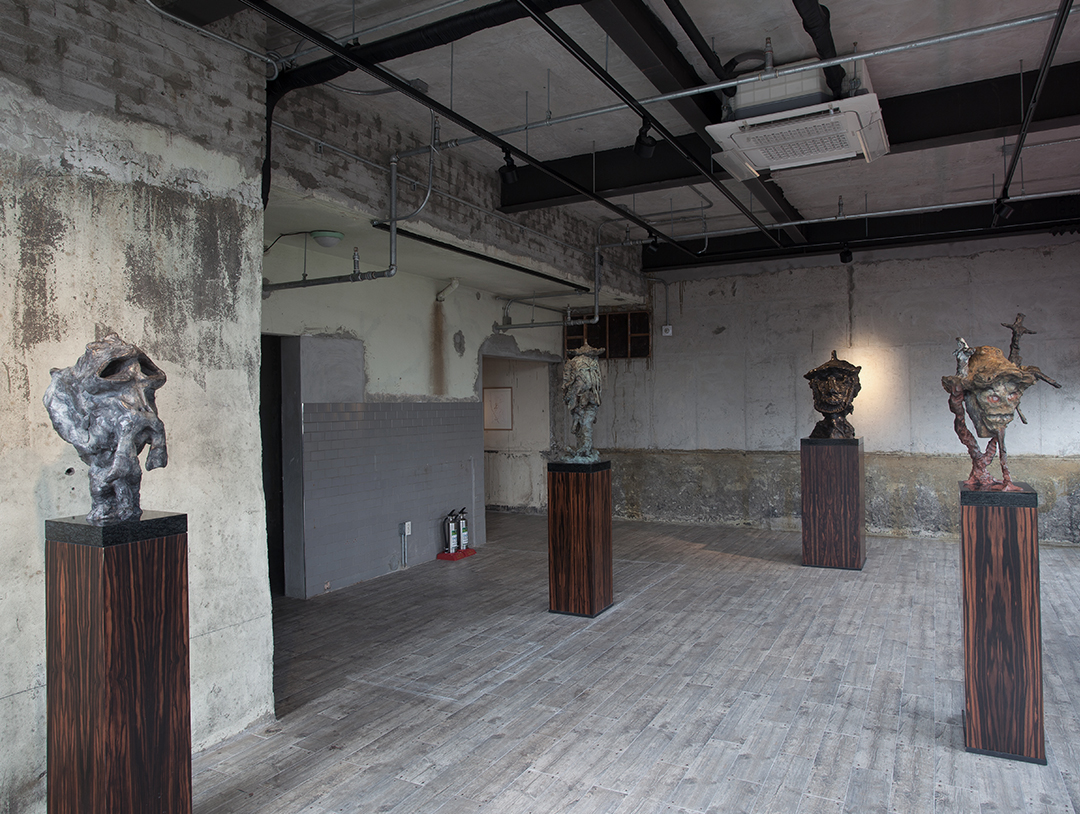 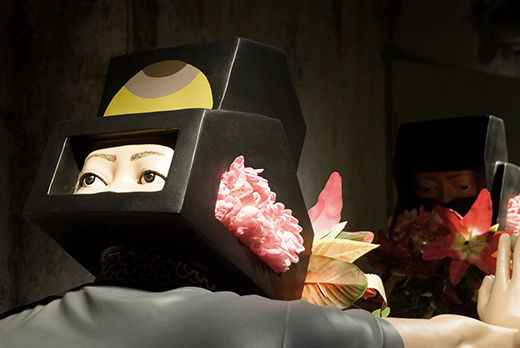 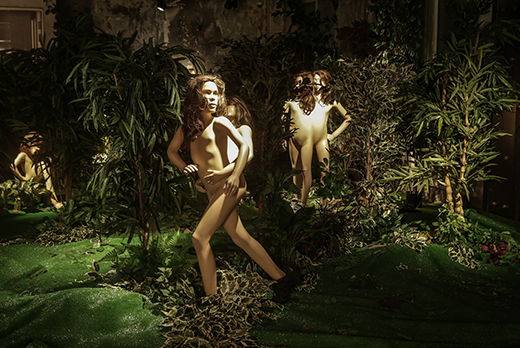 The collection placed in the Arario Museum Dongmun Motel I and II are just as fascinating as the one in the Arario Museum Tapdong Cinema. A total of 97 pieces by 24 artists, such as Georg Baselitz, Antony Gomley, Jake and Dinos Chapman, and Louise Bourgeois, are enough to make any art fan’s heart go pitter patter. Unfortunately, the COVID-19 shut down the Arario Museum Dongmun Motel I and II until September 30. The Arario Museum Tapdong Cinema is open as usual.
If an art gallery displays and sells artworks, a museum is solely dedicated to displaying the art. The contemporary art space where an individual has poured his belief and spirit, and needless to say astronomical expenses, to create is a good reason to visit Jeju Island. 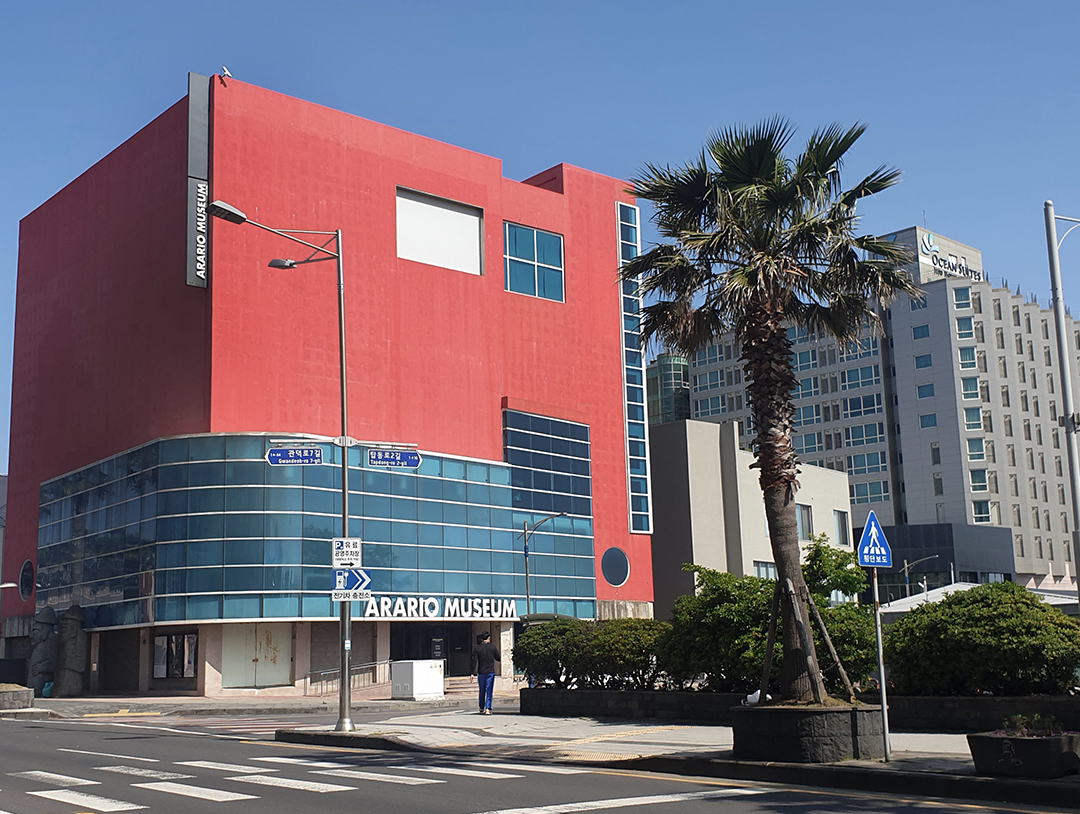 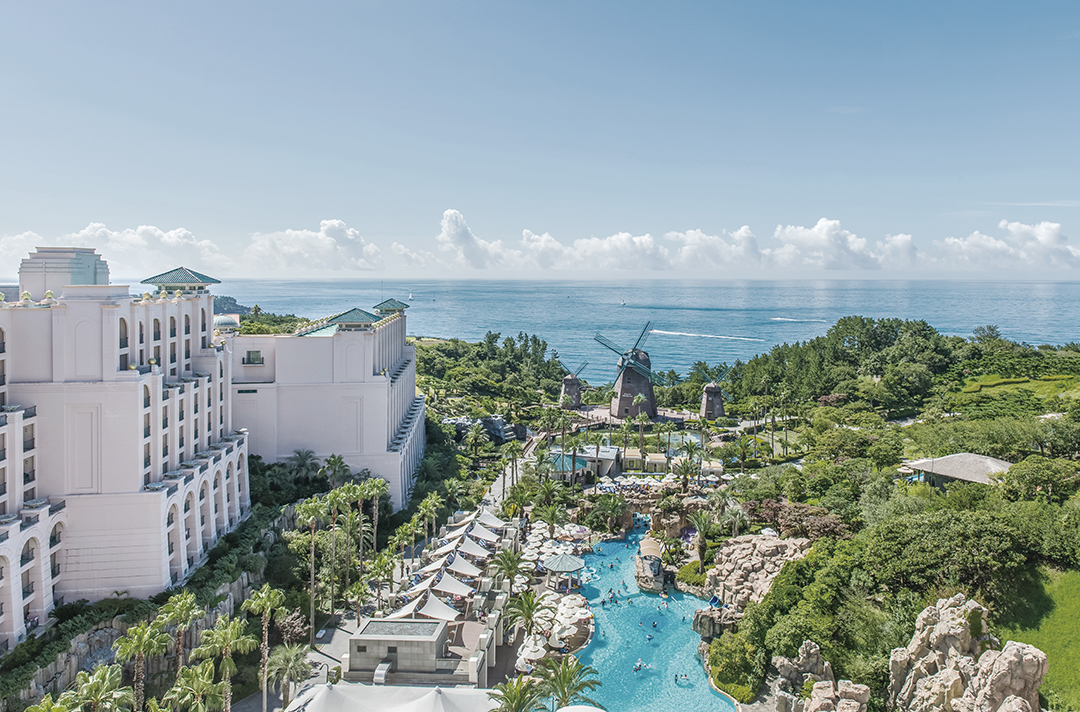 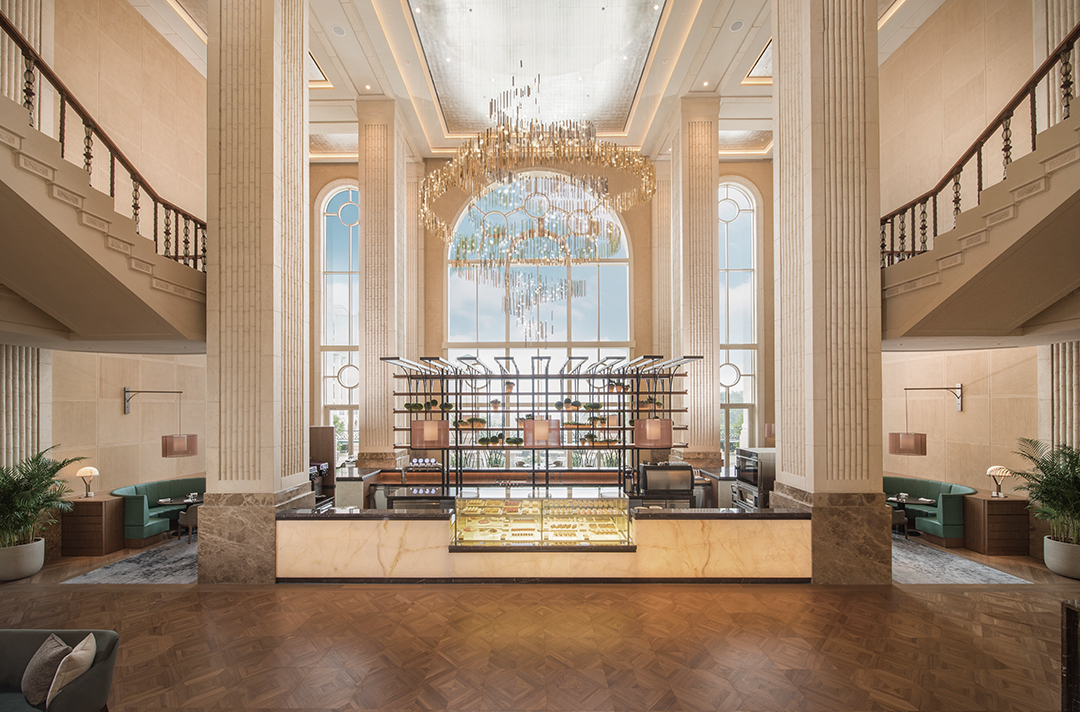 Where to Stay in Jeju: LOTTE HOTEL JEJU
LOTTE HOTEL JEJU is a resort hotel with 500 rooms and suites, located in the Jungmun Tourist Complex. Inspired by South African resort hotel ‘Palace of the Lost City,’ LOTTE HOTEL JEJU presents a perfect blend of natural surroundings and exotic architecture. Its all-day dining restaurant ‘THE CANVAS’ offers 140 cuisine cooked with the freshest local ingredients handpicked by hotel chefs. The four-season spa pool and Hello Kitty character room are added bonuses provided by the hotel for travelers visiting Jeju with their family and loved ones.