Invitation from Andersen
Let’s visit the world of fairy tales, all built by Hans Christian Andersen. H.C. Andersen’s House, a museum built on 12 of Andersen’s most famous stories, including < The Snow Queen >, < The Ugly Duckling > and < The Little Mermaid >, has opened.
A special invitation from the fairy tale author Hans Christian Andersen has arrived. It came in all the way from Odense, the third-largest city in Denmark with over 4,000 years of history. The city enjoyed prosperous years thanks to active trading, enabled by its major railway network and canal. But many people flock to Odense for reasons other than its rich history. Andersen, who gave us such memorable stories as < The Snow Queen >, < The Little Match Girl > and < The Ugly Duckling >, was born and raised in Odense. And to remember the man who warmed many a young heart, people built a special museum called H.C. Andersen’s House. 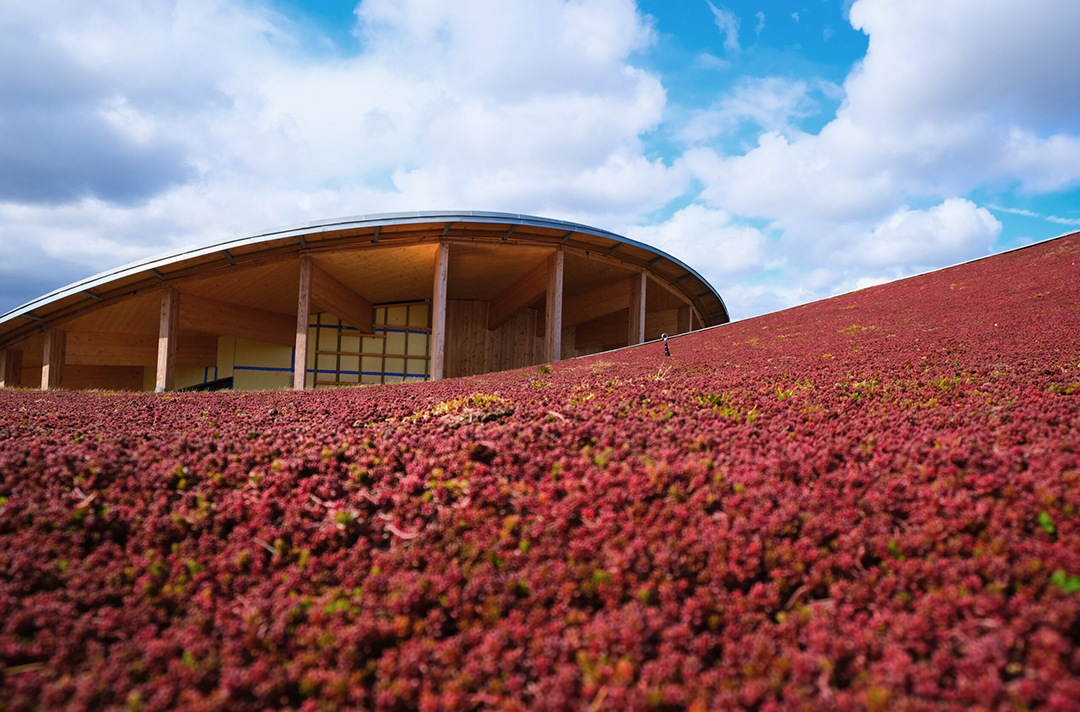 Entering Andersen’s Universe
The museum takes its name from the author’s full name. However, the museum isn’t about Andersen the person. Rather, it delivers messages that Andersen himself sought to convey to children in his fairy tales. This is not your typical museum that traces the life of an artist in chronological order. H.C. Andersen’s House is built in a way that children or grown-ups who were once children can experience many different worldviews that Andersen imagined and established. 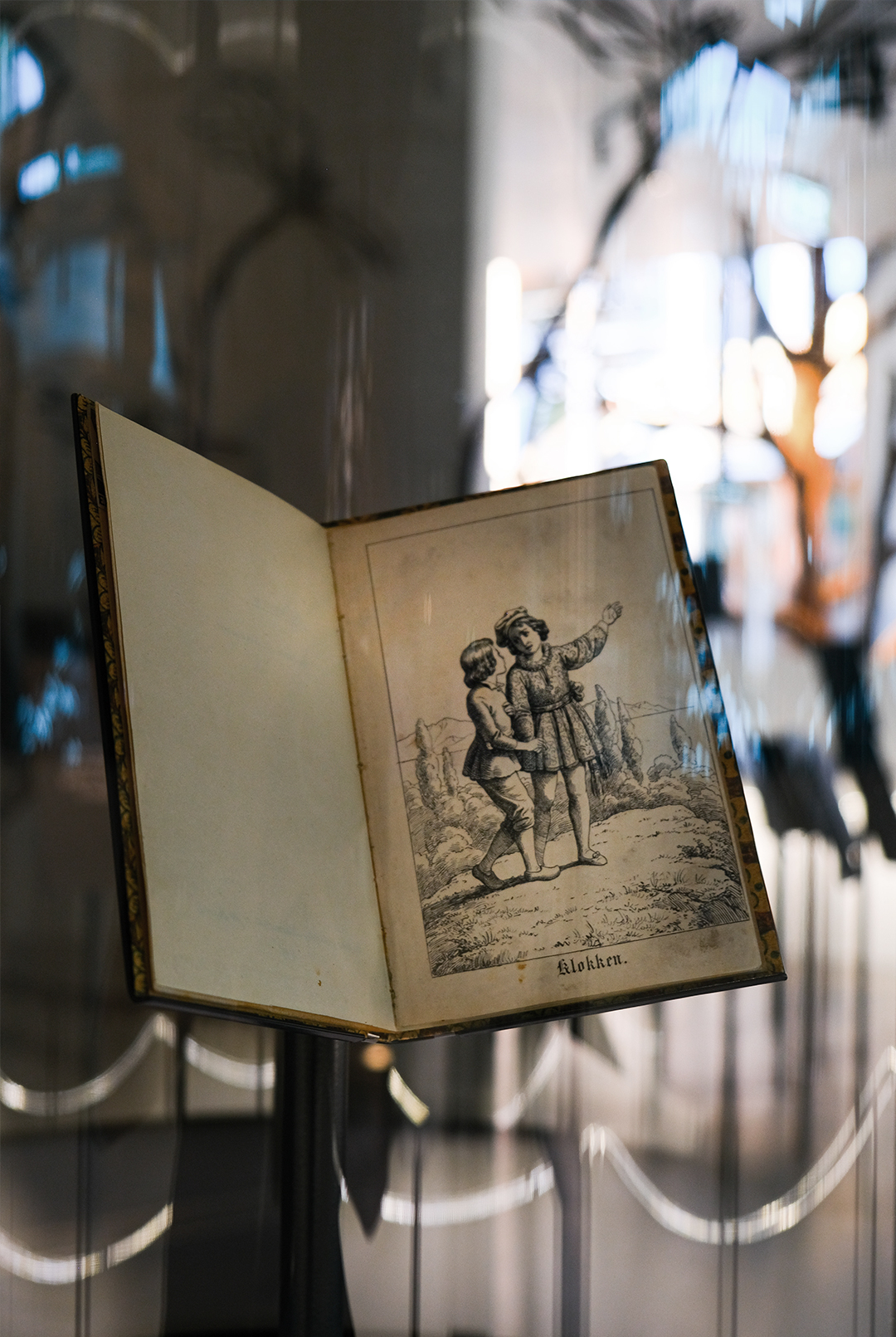 Fairy tales on display inside the house

This explains why H.C. Andersen’s House has specific objectives for different spaces, such as the museum, the garden and the restaurant. The museum and the garden, in particular, were designed to express the way Andersen thought and spoke. He had his own curiosity and creativity, but at the same time, he was open enough to be inspired by the incredible beautiful surroundings. The arabesque setup, a departure from the ordinary, straight line arrangement, ensures you’ll get a new experience at every turn. The experience doesn’t just stop at seeing a piece of work and moving on; you will continue to see new, amazing things. 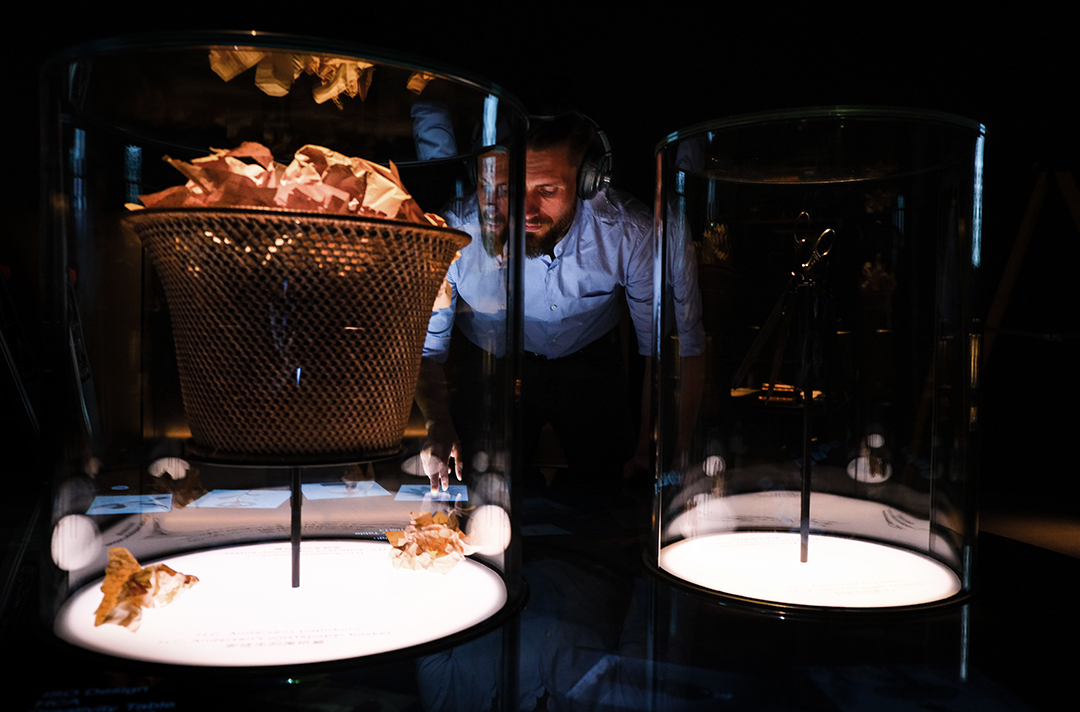 The house allows visitors to enjoy Andersen’s stories in many different ways.

Visitors must navigate their own way. In order to recognize which story that they’re being a part of and what particular messages are being delivered by the exhibit in front of them, visitors must remain on their toes. You’ll find yourself become proactive in doing things that you once did while reading fairy tales. 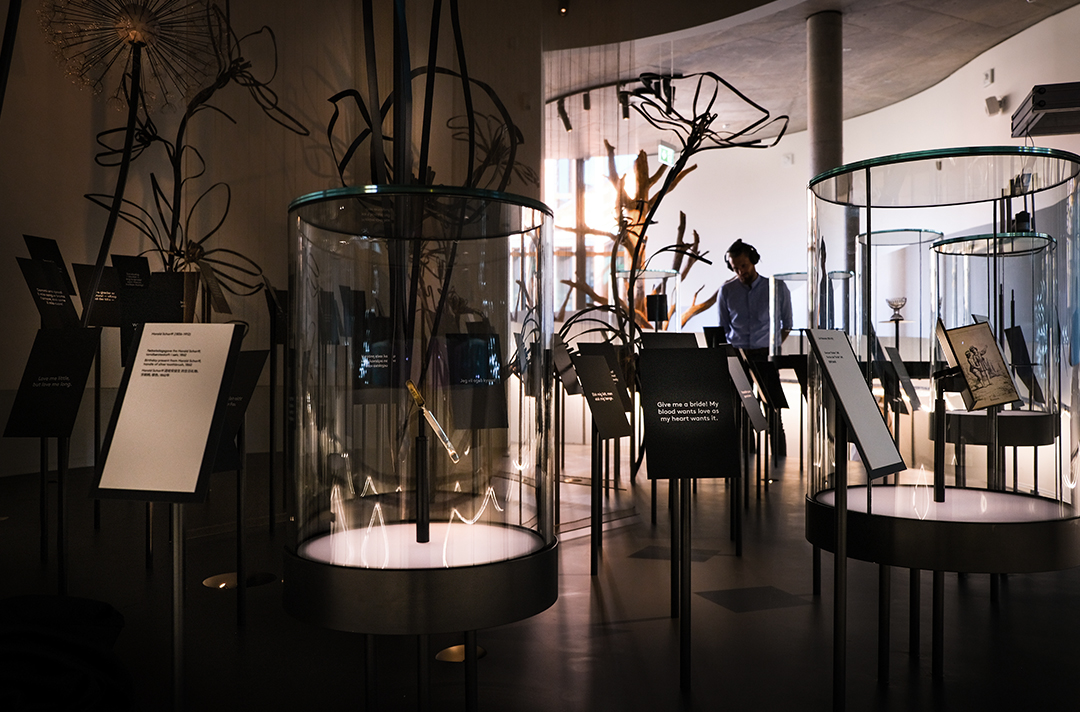 The exhibition hall that compels visitors to be proactive

Expansion of Flexible and Beautiful Worldview
The museum is built on 12 of Andersen’s most famous fairy tales, including < The Snow Queen >, < The Ugly Duckling > and < The Little Mermaid >. Thanks to collaboration with 12 artists who weave their own stories, Andersen’s fairy tales are rendered even more artistic. Using different forms of art, such as interior design, architecture, sound, light, imagery and music, the museum helps visitors interact with the exhibits using their five senses. This also ultimately helps expand Andersen’s world of literature infinitely. 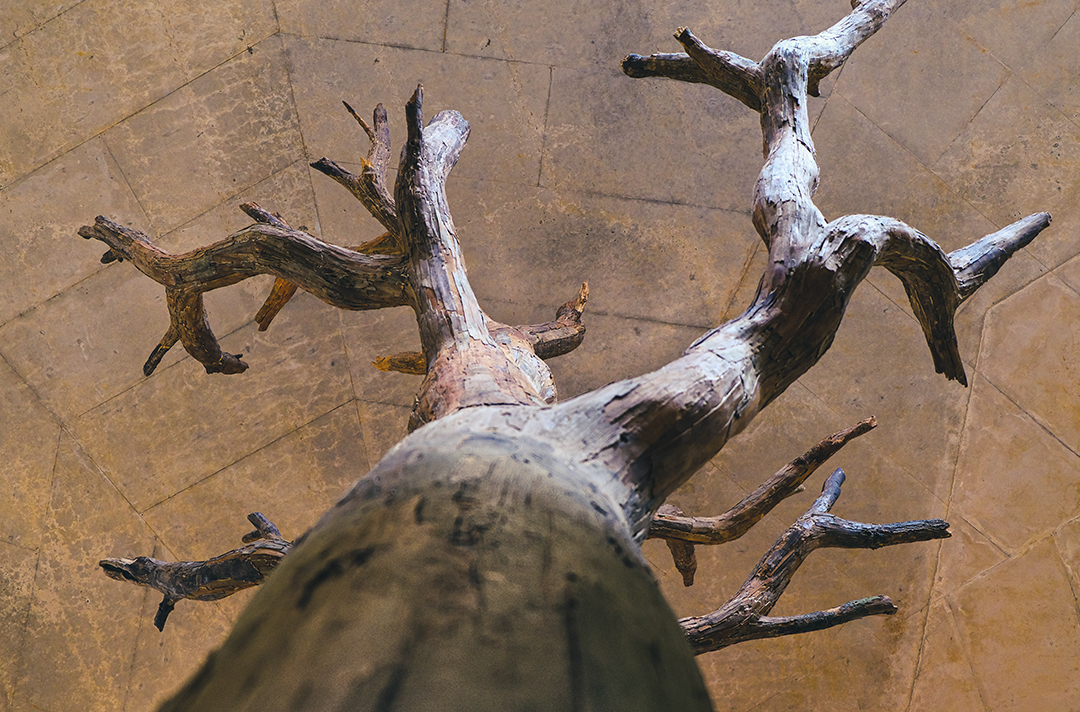 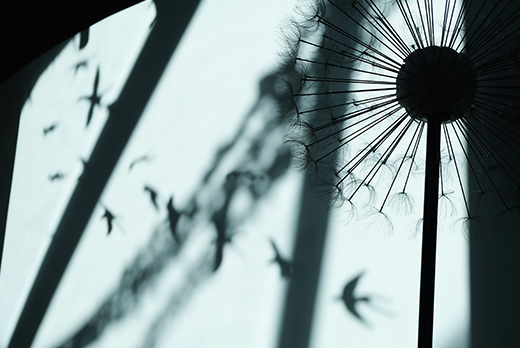 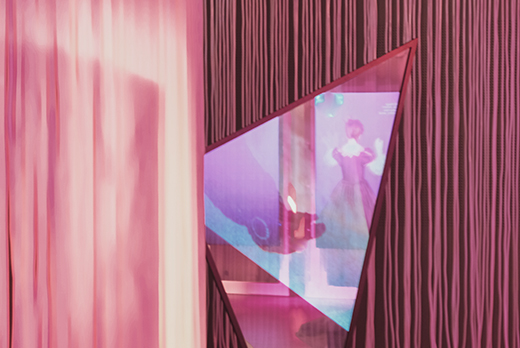 And to allow many people to absorb different forms of expression, the museum searched for artists who wouldn’t be tied down by Andersen’s legacy. In some ways, H.C. Andersen’s House was built to celebrate Andersen and also to discover new contemporary artists who could carry the torch. The museum wasn’t just there to sell souvenirs to gullible tourists; it considered the social responsibility of a museum within the boundaries of art.
Such delicate expansion isn’t confined to the museum. Inside the museum is an eatery run by Meyer’s, which provides food experience inspired by the life of Andersen and his memorable tales. It serves healthy and nutritious meals for children made with fresh local ingredients. The eatery was built to offer visitors the type of happy endings that we see in fairy tales. 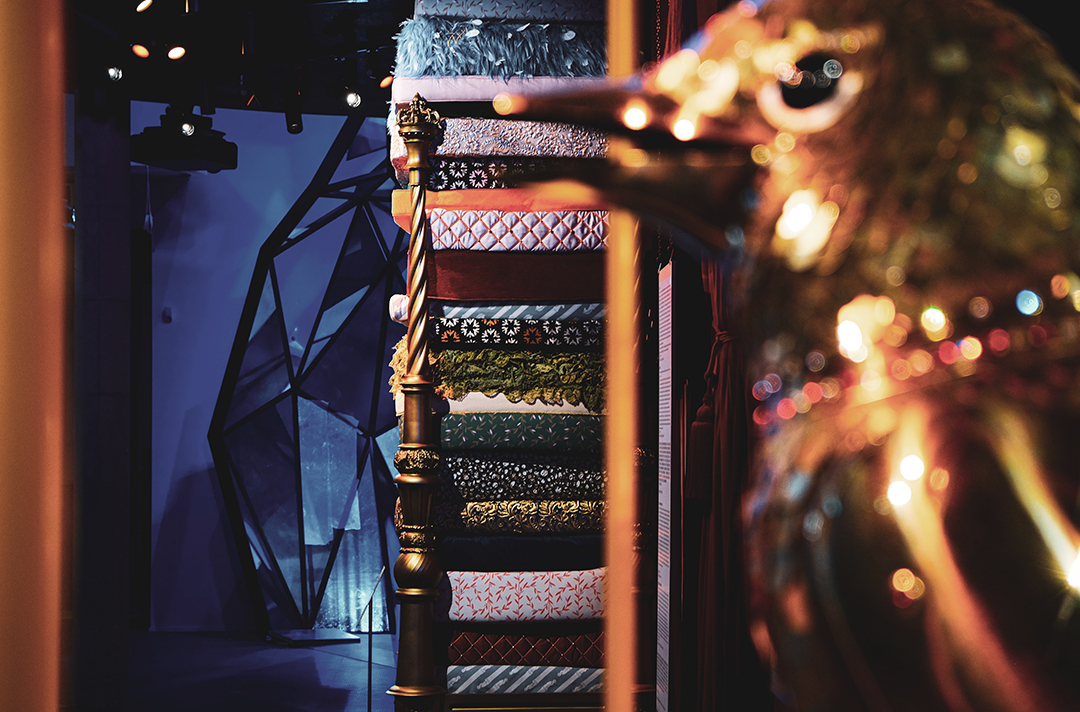 Collaborations with artists from all over the world have rendered Andersen’s fairy tales even more artistic.

Time to Be an Explorer
What should first-time visitors do to prepare for such a precious opportunity? A staff from H.C. Andersen’s House offered some tips. “People who come to the house only need to have two things. One, commitment to immerse yourself into Andersen’s world. And two, curiosity to explore the world that you thought you knew all too well.” Basically, all you need to do is to keep an open mind and be prepared to newly interpret and enjoy things that you’d been familiar with. That’s perhaps the most important ticket to the museum. 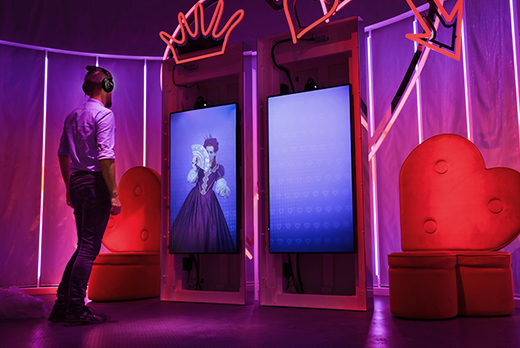 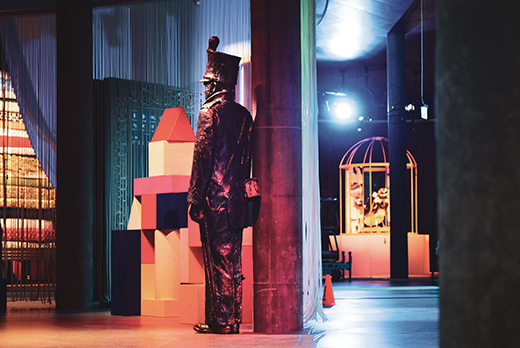 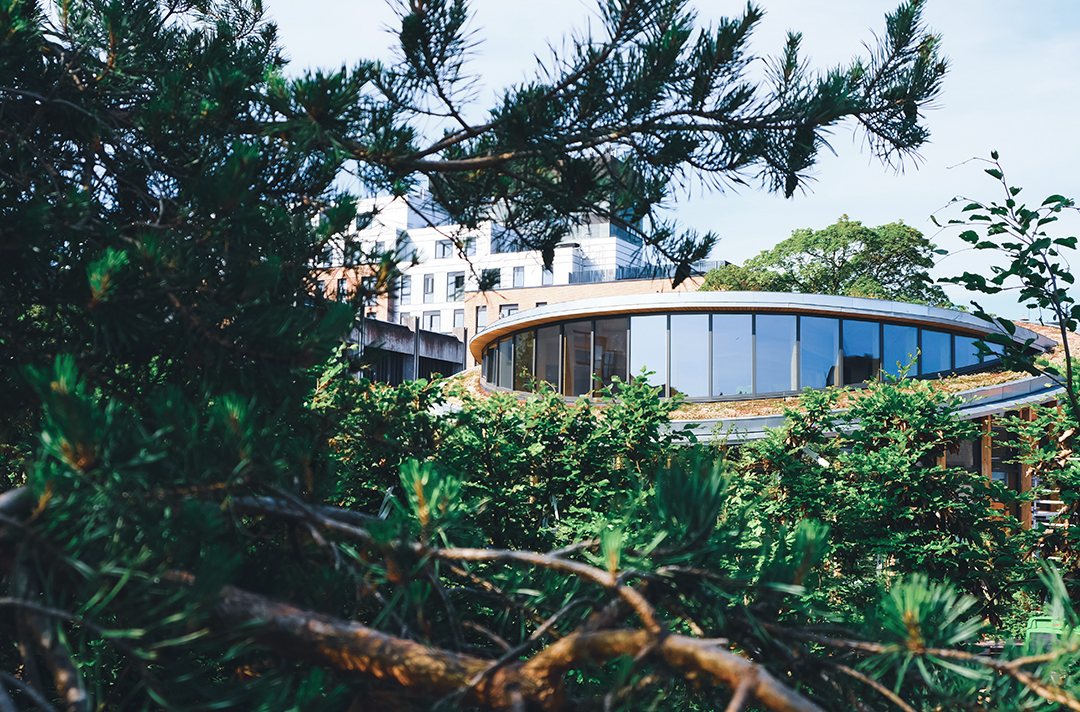 When you hear the words ‘art’ and ‘classic,’ maybe you’ll feel forced to study a few things before traveling. People who viewed Andersen’s fairy tales as something to learn from, rather than to enjoy, will most likely feel that pressure. But the museum stresses the importance of accepting the unfamiliar as something new, rather than as something unknown.
“H.C. Andersen’s House is like his fairy tales. There are no clear answers. It’s up to you to interpret those tales,” the museum official said. “You may think you already know the story, but the museum changes constantly. The story changes as you read it over and over again, and as it moves from one reader to the next.” 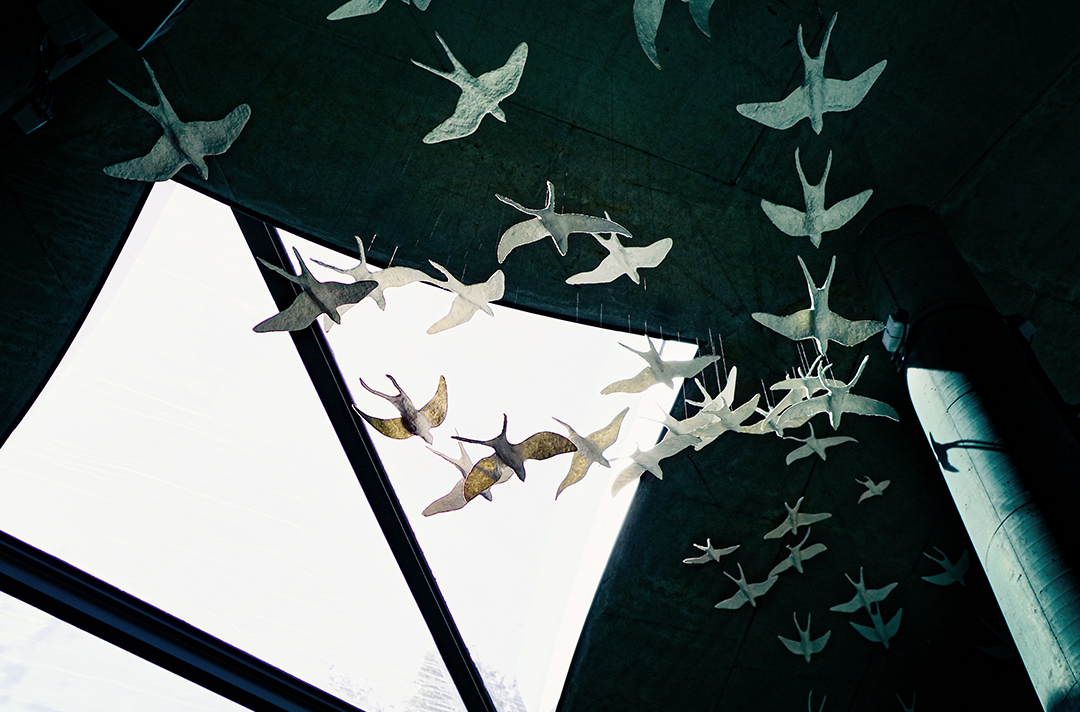 A flock of birds that evokes < The Wild Swans > by Andersen

How to Reach H.C. Andersen’s House
You can drive there, and the place is also easily accessible by public transit, including bus, train and light rail because it’s located in the heart of the city. Eating is prohibited inside the building but you can enjoy food out in the garden. Or go visit DEILIG, the eatery that reflects the concept of H.C. Andersen’s House.
Address Hans Jensens Stræde 45, 5000 Odense, Denmark
Phone +45-65-51-46-01
Website hcandersenshus.dk