Once inside Loft Project Etagi, you’ll be greeted by an impressive work of graffiti. It’s a portrait of Vladimir Mayakovsky, a famed Russian avant-garde poet, and the above words are written there as well. Mayakovsky was hoping to bring the spirit of the Russian Revolution to art. Etagi has transcended generations as it has embraced Mayakovsky’s call as its mission statement.
Mayakovsky also said this.
“And if all this comes to pass, in accordance with our word, everyone who goes out into the street will grow to be a giant.”
Has his dream been realized? Has Loft Project Etagi made this come true in the 21st century? 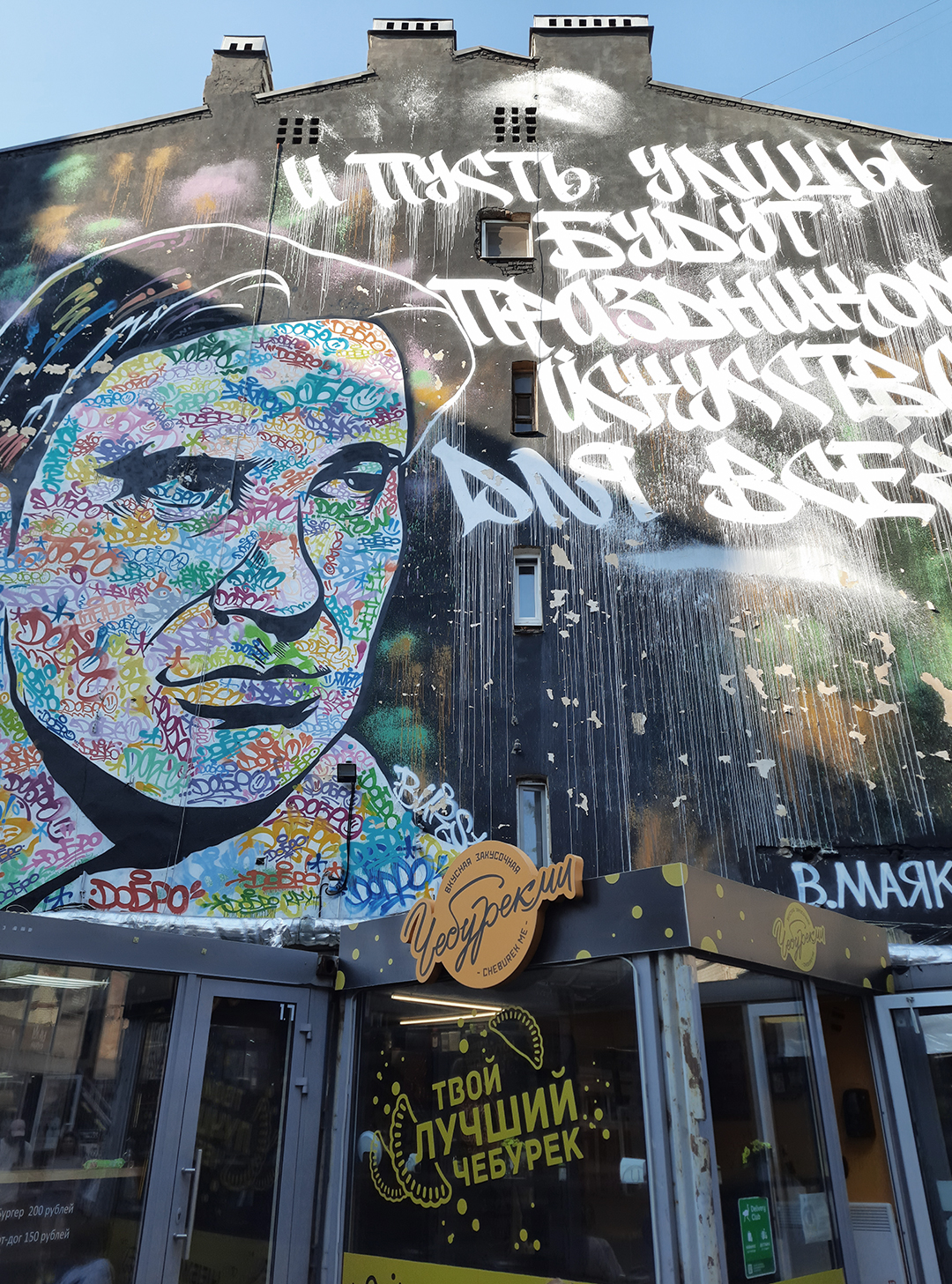 “Let the streets be a feast of art for all,” Famous Words by Vladimir Mayakovsky Engraved on Wall

Transformation of Bakery
The entrance to Loft Project Etagi (henceforth Etagi) has a high arch. Past the gate, you will discover a building with a unique exterior that doesn’t seem to have been polished at all, and advertisements hanging on its walls. Inside, it’s full of young people eating street food, drinking lemonade, and carrying bags filled with things they just bought. You will notice people with dyed hair or in ripped pants, or those wearing all sorts of accessories. There are also men with heavy makeup. Such ‘hip’ people may be hard to find on streets, but they’re all over Etagi. 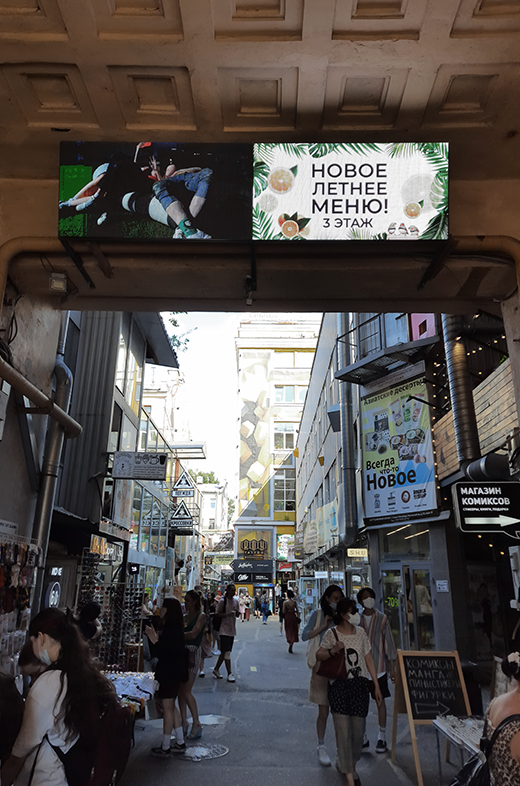 Graffiti are all over the place.

The building that houses Etagi today had been a bakery until 2007. There had been attempts to convert this decrepit factory into a creative space. Parts of the bakery gave way to editing rooms, studios or galleries for photographers, painters or sculptors.
The loft project has been 14 years in the making and it is still ongoing. In the past, investments and sponsorships were a major part of the development. Today, lease and event hosting help generate profits. The top of the building with a rooftop observation deck hosts all types of cultural programs, exhibitions and festivals. The building is jampacked with over 200 creative shops and cafés. Start-ups in St. Petersburg have also been settling into Etagi, which now hosts some 20 events each month and attracts about 5,000 visitors per day. It is one of the hottest places in St. Petersburg. 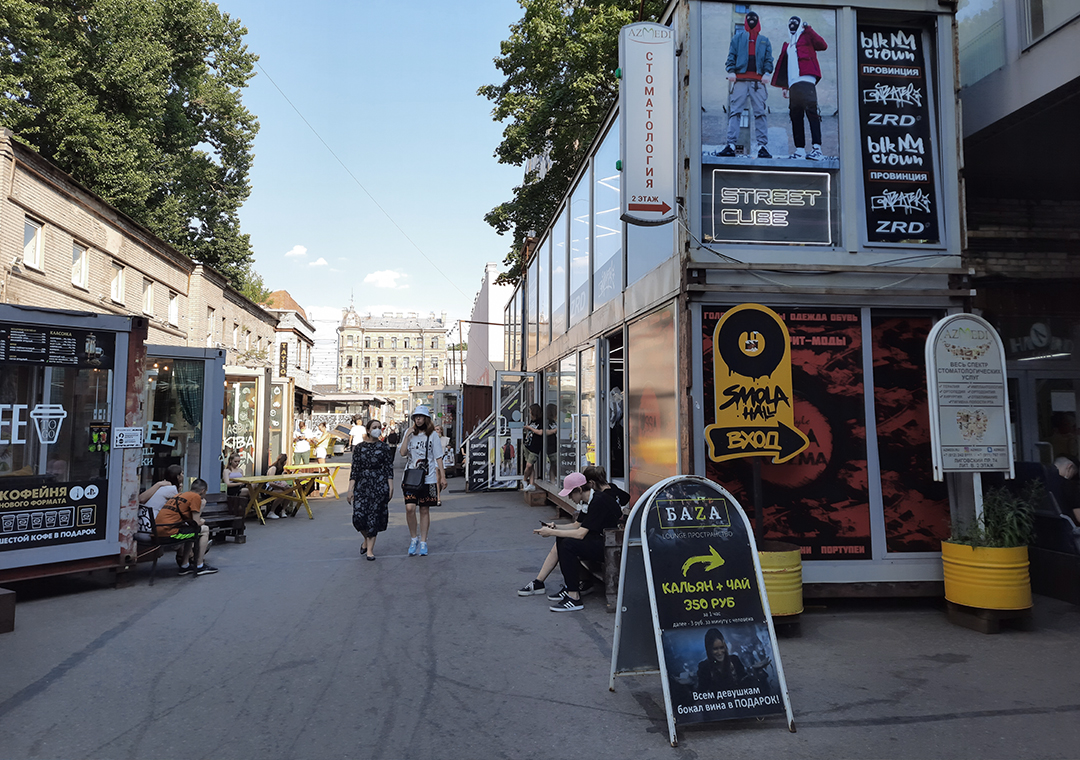 A row of street containers

Is This Place for Real?
When Etagi opened in 2007, it unveiled the gallery ‘Globus’ and Loft wine bar. Another gallery, ‘Formula,’ followed in 2008. ‘Blue Floor,’ which doubles as an exhibition hall and a hostel, opened in 2009. The following year, a terrace was installed and immediately became a popular resting spot with plenty of natural light year-round. A new gallery ‘White Hall,’ the rooftop observation deck, coworking office space, a creative shopping center and a library also entered the mix. Etagi has been expanding and evolving every year, attracting more and more visitors along the way.
Etagi wasn’t done. In addition to the original, five-story building, container shops were installed in the courtyard. Over a two-year stretch, 54 containers popped up. Accessories and graffiti supplies made there are immensely popular. 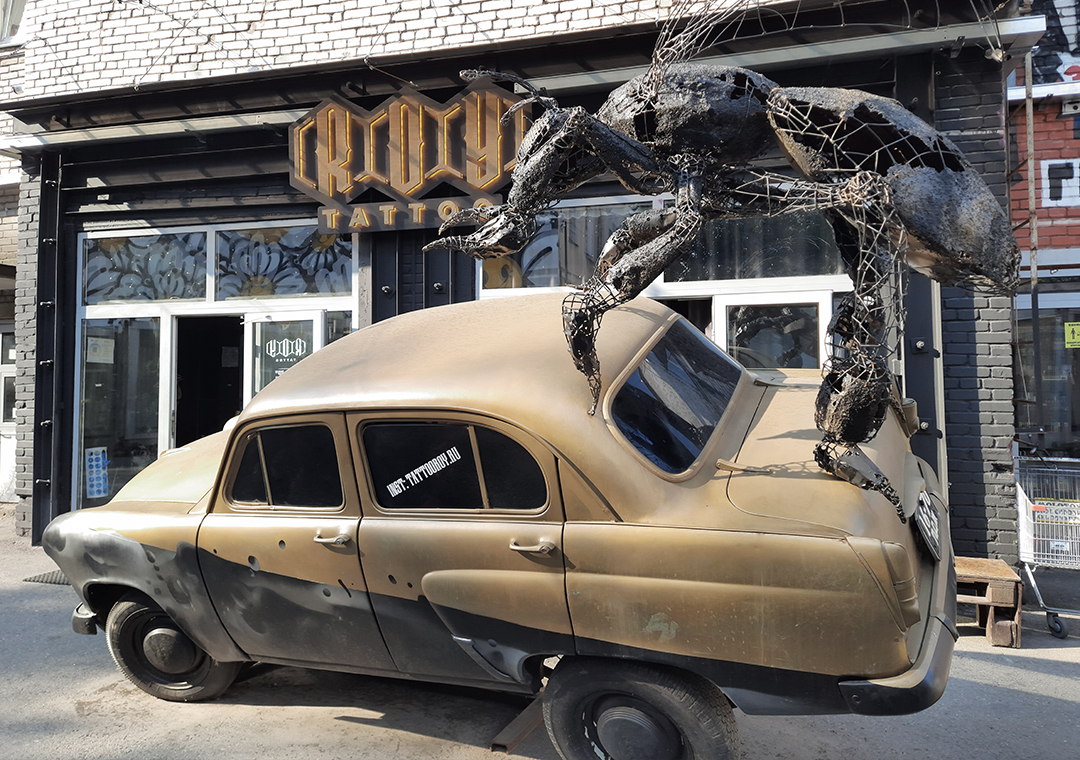 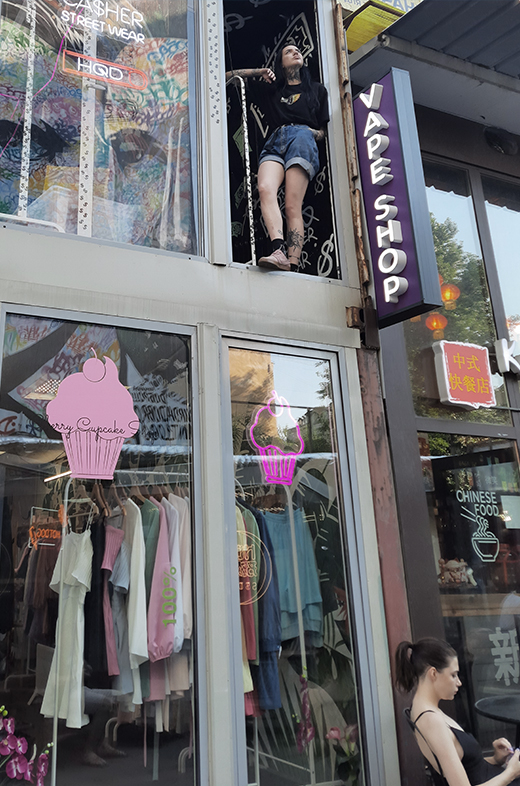 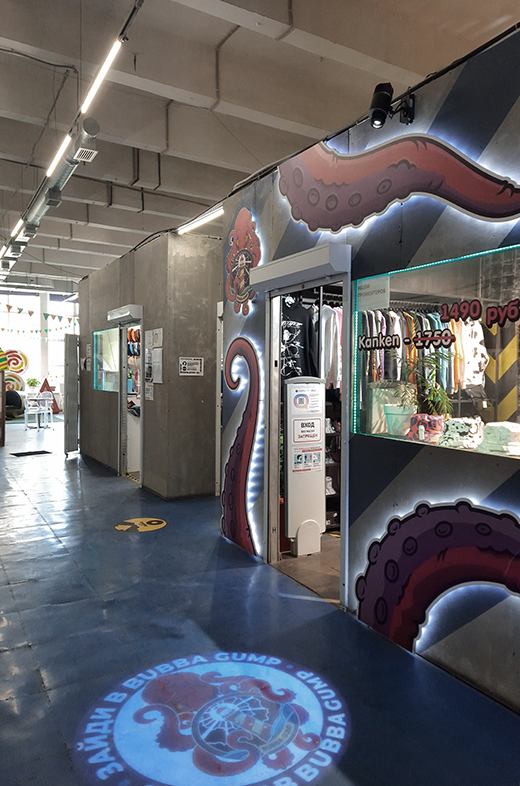 You’ll find a lot of creative clothing shops and other stores.

In 2006, street food vendors, offering cuisines from all over the world, opened shops. Asian foods have been growing popular of late, and you can sample Korean street food, Japanese ramen or Chinese wok food. The Korean Wave has also swept through Russia, and Korean drama, food and K-pop are no longer just novelty. Tteokbokki (rice cake in spicy sauce) is the most popular dish, while BTS and BLACKPINK are the two biggest K-pop acts. A Korean YouTuber recently interviewed Russian youths at Etagi to mark BTS’ release of the single ‘Permission to Dance,’ and it was easy to see how deep the Russians are in love with the Korean and Asian culture. With the ‘hip’ Asian culture making its mark on St. Petersburg and Etagi, it’s clear that the cultural exchange between the west and the east has given birth to new trends.
An observation deck is installed on the rooftop. The roof is 1,200㎡ big and stands 27 meters high, taller than every structure in St. Petersburg except for St. Isaac’s Cathedral. It offers a view of the entire city. 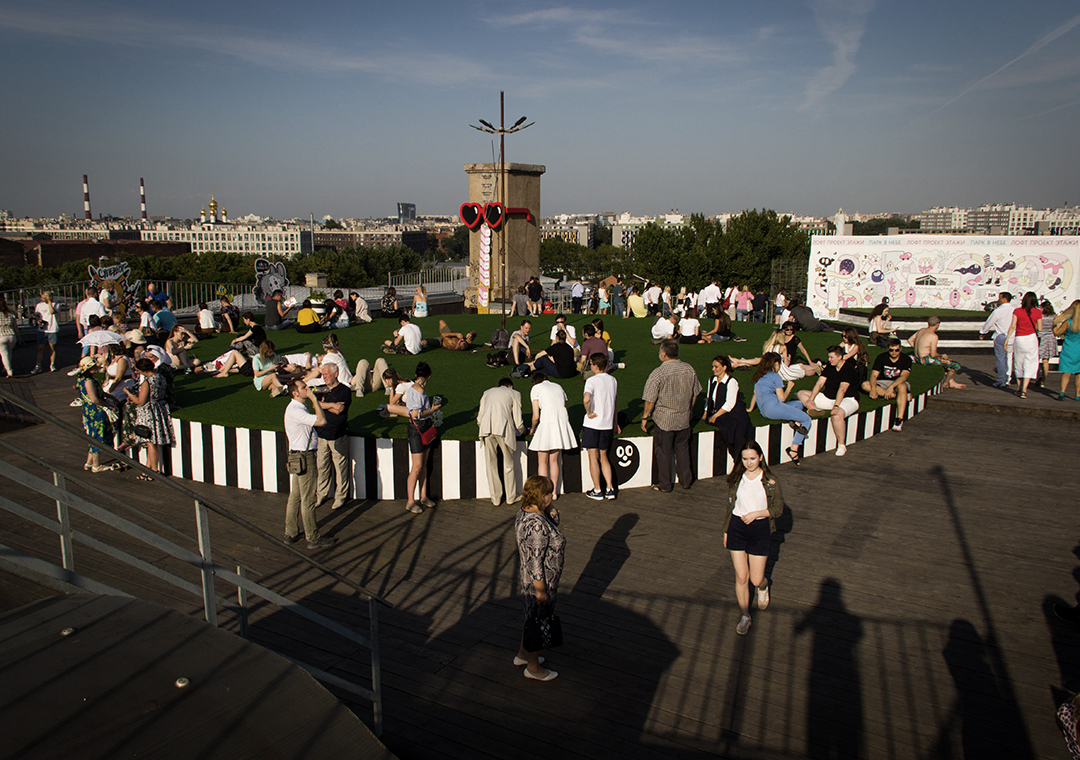 Youth of St. Petersburg Well Served
What makes Etagi so special is that galleries on each floor run a wide range of exhibitions year-round. Shows on the second, third and fifth floors, and the rooftop terrace will give you a glimpse into trends in the Russian contemporary art. At this writing, the third-floor gallery was hosting a photo exhibition on the world’s most enigmatic photos. It featured works whose secrets couldn’t be solved by generations of critics and viewers. 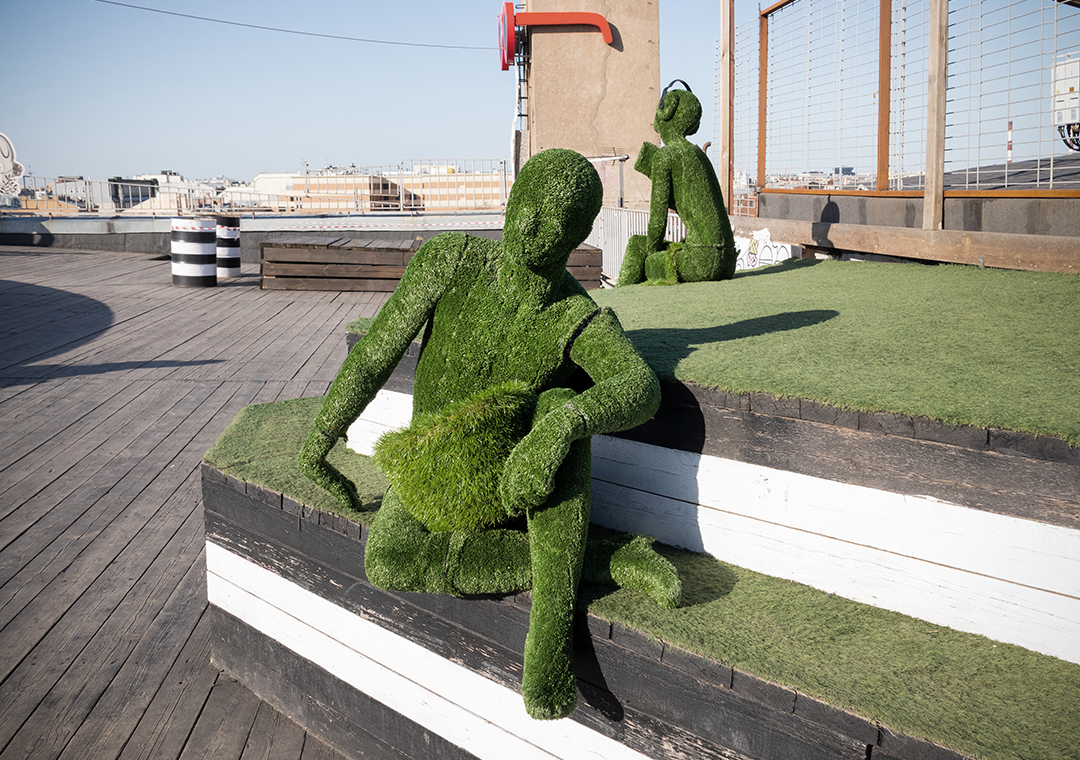 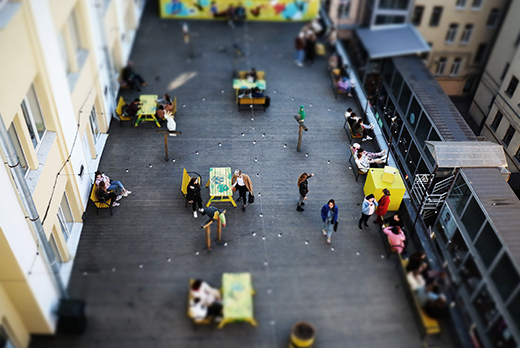 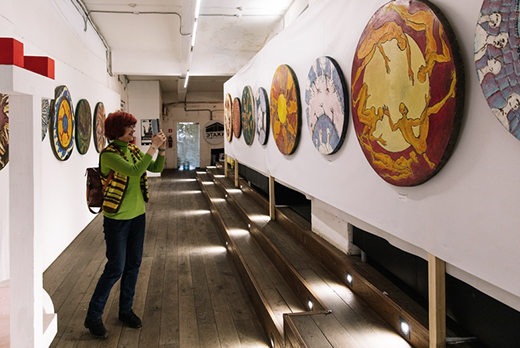 Art works have been put up at different sections of the building.

Unfortunately for Mayakovsky, his innocent wishes crashed and burned in 1930. The new Communist Party of the Soviet Union didn’t nearly have enough creativity to make the poet’s dream come true. But after the collapse of the Soviets, new generations of the Russians have been trying to revive Mayakovsky’s dreams. They have been going to Etagi to turn the place into a feast of art for all.
When you ask people in St. Petersburg about a place to find young hipsters, they will point you to Etagi. In a conservative country, Etagi serves as an outlet for the Russian youth. That’s why people from all over the country, not just St. Petersburg, make a pilgrimage to Etagi.
Etagi is the trend-setting, avant-garde destination of the 21st century Russia. 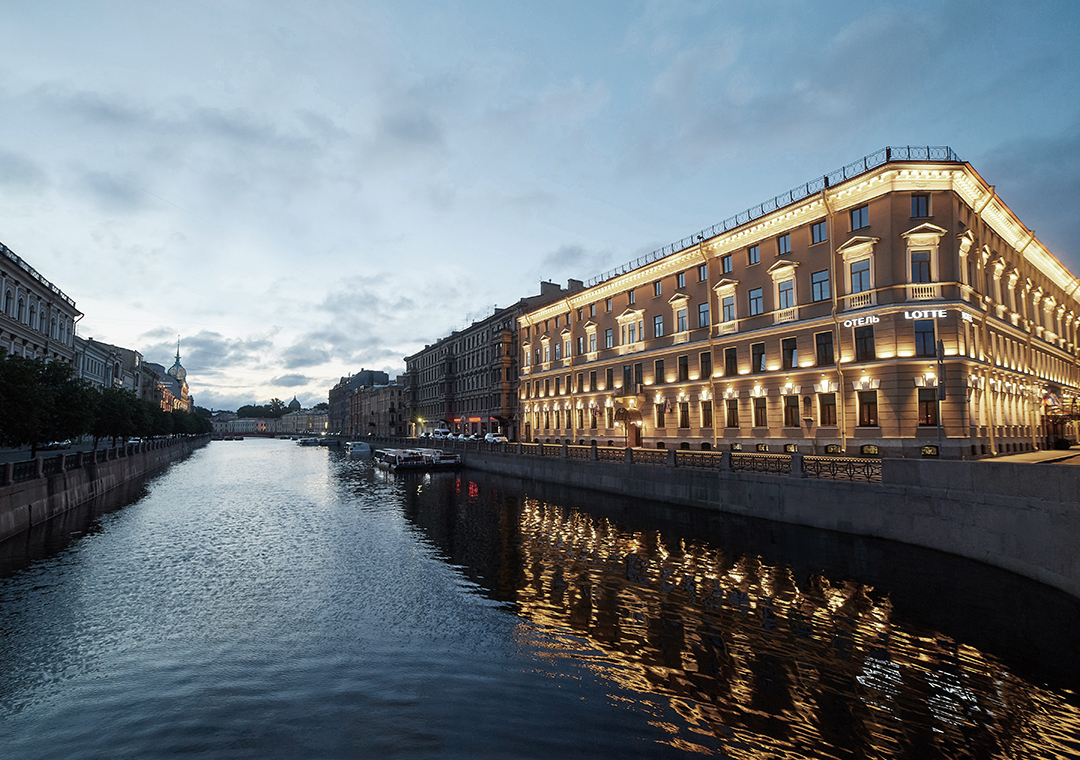 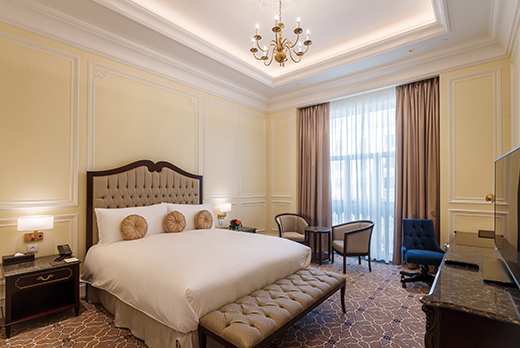 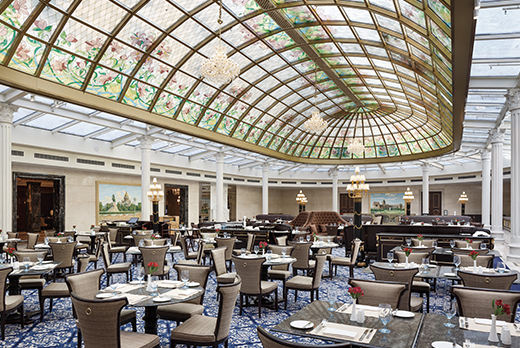