The Return of Big 2 Art Museums
The Leeum has reopened, and the SongEun Art and Cultural Foundation started afresh at its new building. Interest in art is growing more rapidly.
In the past several years, the Korean art market has achieved unprecedented growth. It was like watching an active volcano. Such an expansion in the market has prompted global players in the art industry to open their branches in Korea or make a plan for it. Moreover, in 2022, Frieze Art Fair, one of the leading international art fairs, will be hosted in Seoul.
While there are these global art galleries and communities that are just turning their eyes to Seoul, some art galleries have been contributing to growing the art market and supporting rising artists since before the changes took place in Seoul. They are two prominent, private art museums that have recently finished their renovation and reopened: Leeum, Samsung Museum of Art and SongEun Art & Cultural Foundation. 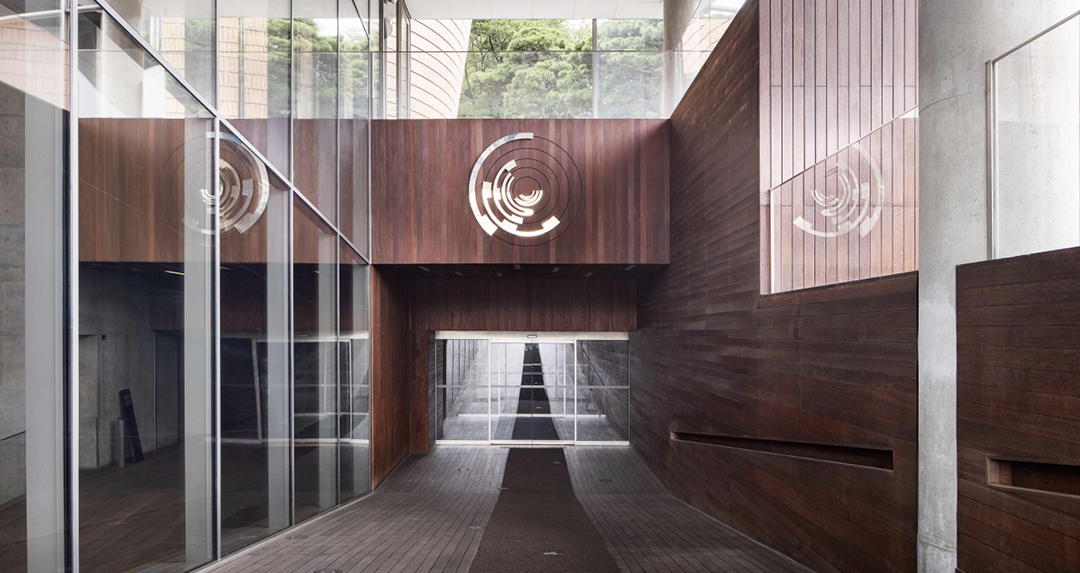 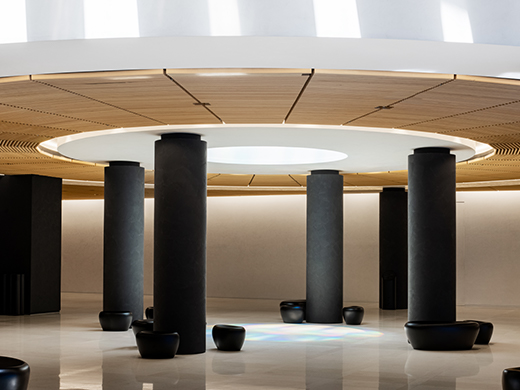 View of the lobby © Leeum Museum of Art 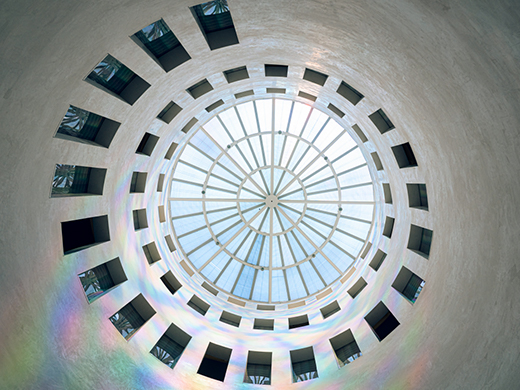 Leeum on the Move
In the Korean art community, Leeum has a unique status and role. As a private art museum, its collection encompasses a wide range of cultural heritage and art genres, from traditional Korean art to global contemporary works. Since its founding in 2004, Leeum has continued to impact the Korean art circle with its special exhibitions. When Leeum took the lead, the rest would follow suit. Then, it needed to take a breather for a moment. The temporary closure went on for 19 months, and in October 2021, the prestigious art museum reopened its doors to the public.
In fact, it didn’t just reopen. The overall atmosphere of the space has changed dramatically, albeit in the same building. Along with the introduction of a new logotype, the lobby of the art museum has gone through a major renewal. In the center of the lobby is a rotunda(a round building or room with a dome roof) designed by Mario Botta, one of the three famed architects(Mario Botta, Jean Nouvel, and Rem Koolhaas) who constructed the Leeum complex. The rotunda stands alone, without various subsidiary structures, in order to avoid a cluttered space and emphasize the space design. To compensate for the emptiness, large-scale artworks by Korean artists Kimsooja and Lee Bae were installed. The new logo greeting visitors at the entrance and the commanding rotunda seem to indicate at future changes Leeum will undergo, in a serious but sensuous way. You will feel as if you were looking at an old signboard from a palace or at a plank presenting a carved verse from a Chinese poem.
The massive Media Wall in the lobby also draws attention. The 462 inch-wide, 50-plus megapixel digital display screen plays the Korean artist interview series and artist Jennifer Steinkamp’s digital artworks in rotation. 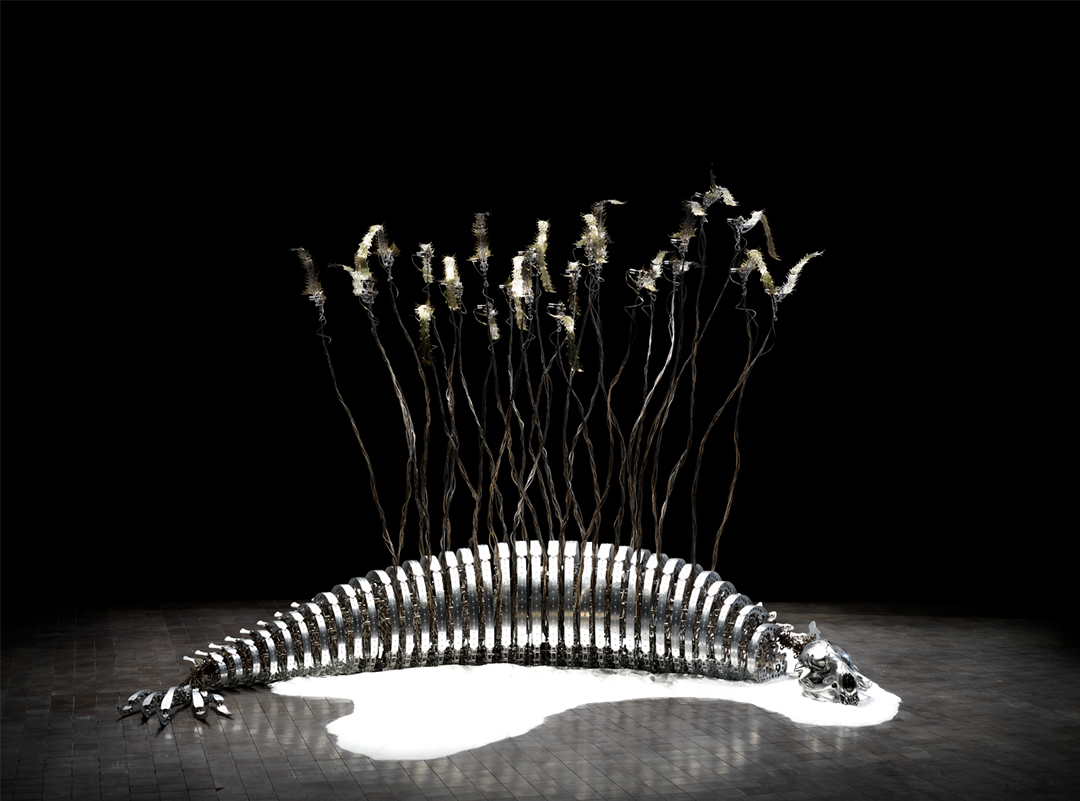 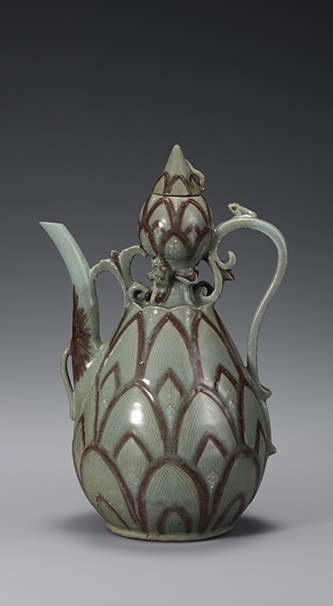 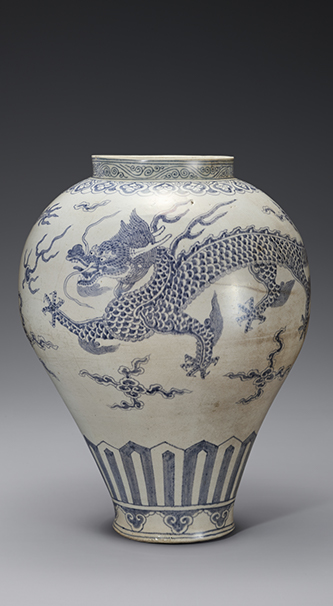 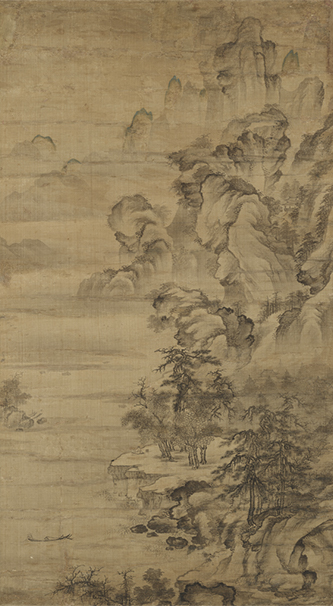 Where Leeum is Headed
Exhibitions prolong the life of an art museum. They reveal which artists and artworks define the space. The first exhibitions after the reopening of Leeum hints at the direction that the art museum is headed. Permanent and special exhibitions are on view.
The newly-curated permanent exhibition is largely divided into and. The first one showcases 160 works including six Korean National Treasures, four Treasures, and six contemporary pieces. Centuries-old artifacts such as ‘Gourd-shaped Ewer Decorated with Lotus Petals’ and ‘Box Inlaid with Mother-of-pearl’ create an unexpected ensemble with works by contemporary art masters such as Chung Sang-Hwa, Park Seo-bo, and Anish Kapoor. The second one presents 76 works, over half of which had never been made public through the permanent exhibition. 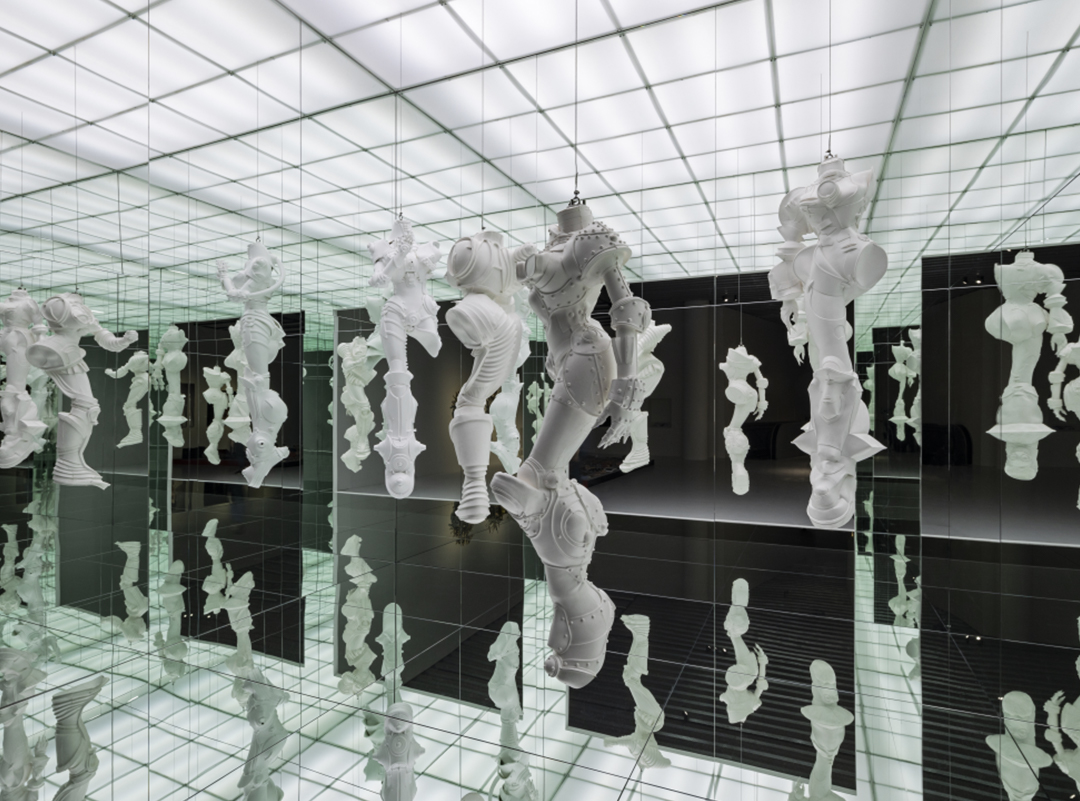 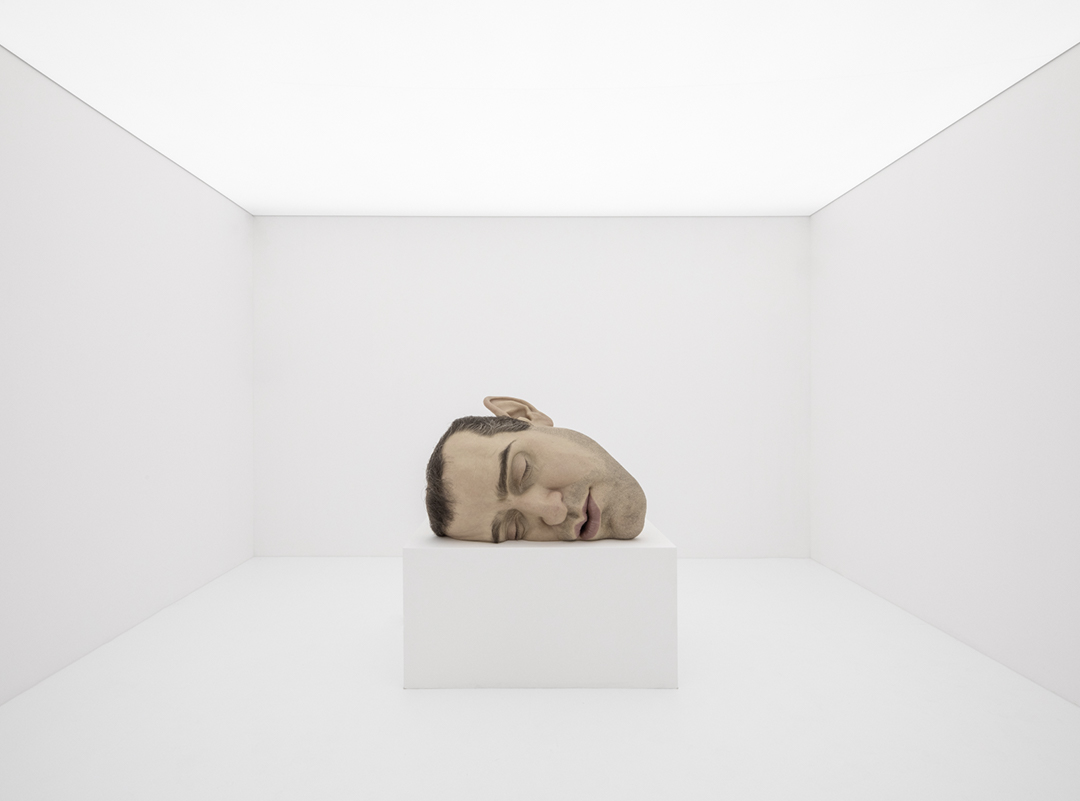 The title of the special exhibition commemorating the reopening is . The exhibition contemplates the meaning of human existence and future as we face the uncontrollable environmental changes and the ongoing pandemic. Over 130 works by 51 artists from home and abroad comprise seven sections encompassing the fields of painting, sculpture, installation, and media.
‘Mask II’ by Australian artist Ron Mueck is the display that comes up the most on social media if you run a search for the Leeum exhibition. The giant mask of a man with closed eyes cannot but grab your attention. It is a work of  hyperrealism with exaggerated, yet fine details. ‘La Grande Bataille (ANT103)’ by Yves Klein and ‘Tits’ by Louise Bourgeois, ‘Miryun and Stephan’ by photographer Kim Oksun, and W1, W2, W4 and W6 from the ‘Cyborg’ series by Lee Bul are on view.
Art exhibitions seem to finish fast whenever we hesitate. If you missed the special exhibition at Leeum that ends in January, the permanent collections could be a smart alternative choice. 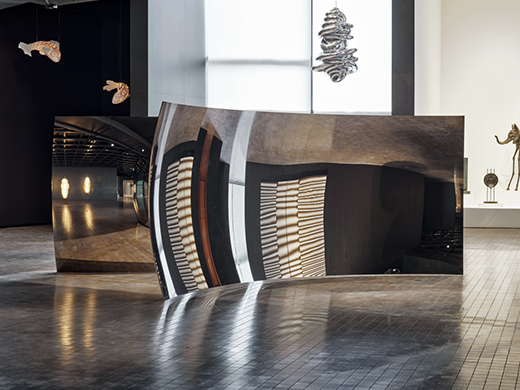 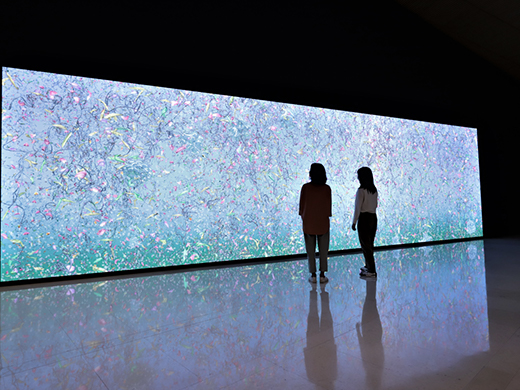 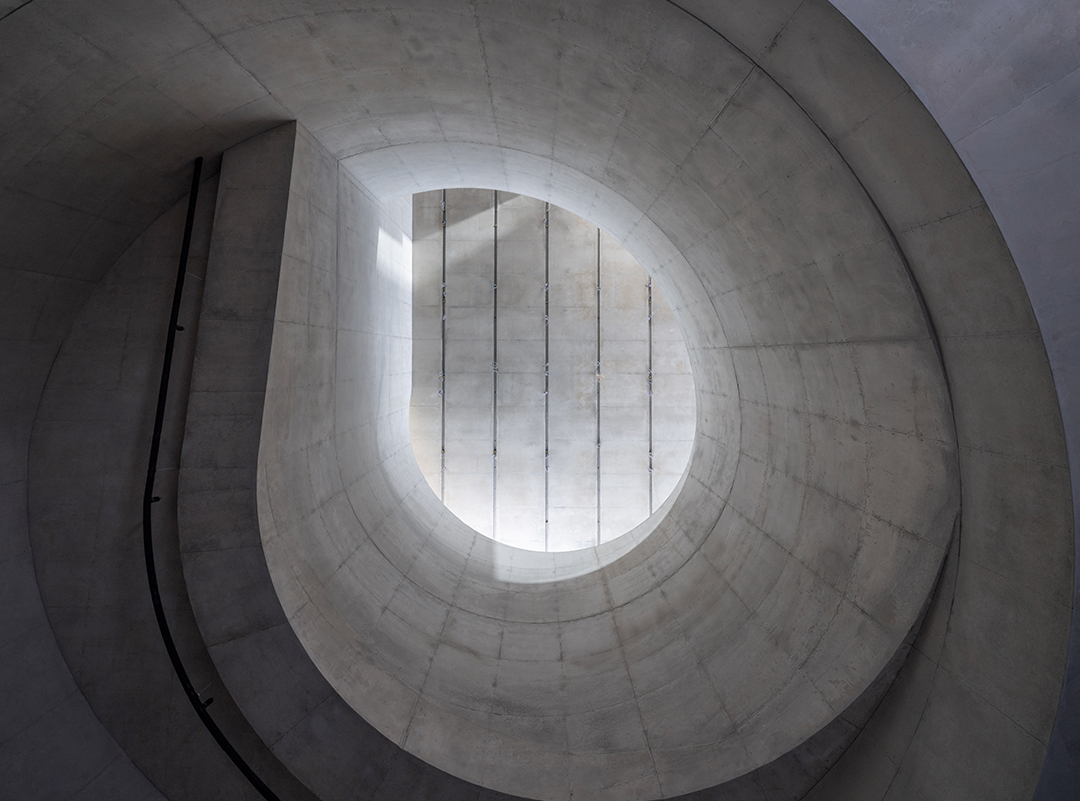 SongEun Art and Cultural Foundation, SongEun
Most of the art museums and galleries in Seoul are found in the north of the Hangang River. The ones in the south of the river are mostly private galleries that form a network committed to finding a new market. In this aspect, the SongEun Art and Cultural Foundation has found a niche in the Gangnam(south of the river) market. It is a privately-owned art museum but has the capability to open exhibitions thanks to its foundation that has been supporting and partnering with young artists active in the Korean market. Through and SongEun Art Space, the SongEun foundation has made various contributions that are acknowledged by the Korean art community, which includes its steady sponsoring of young artists and the broadening of the market horizon. That very foundation has opened a new building which serves as a cultural complex designed to bring together spaces for art exhibitions, offices, and the public. 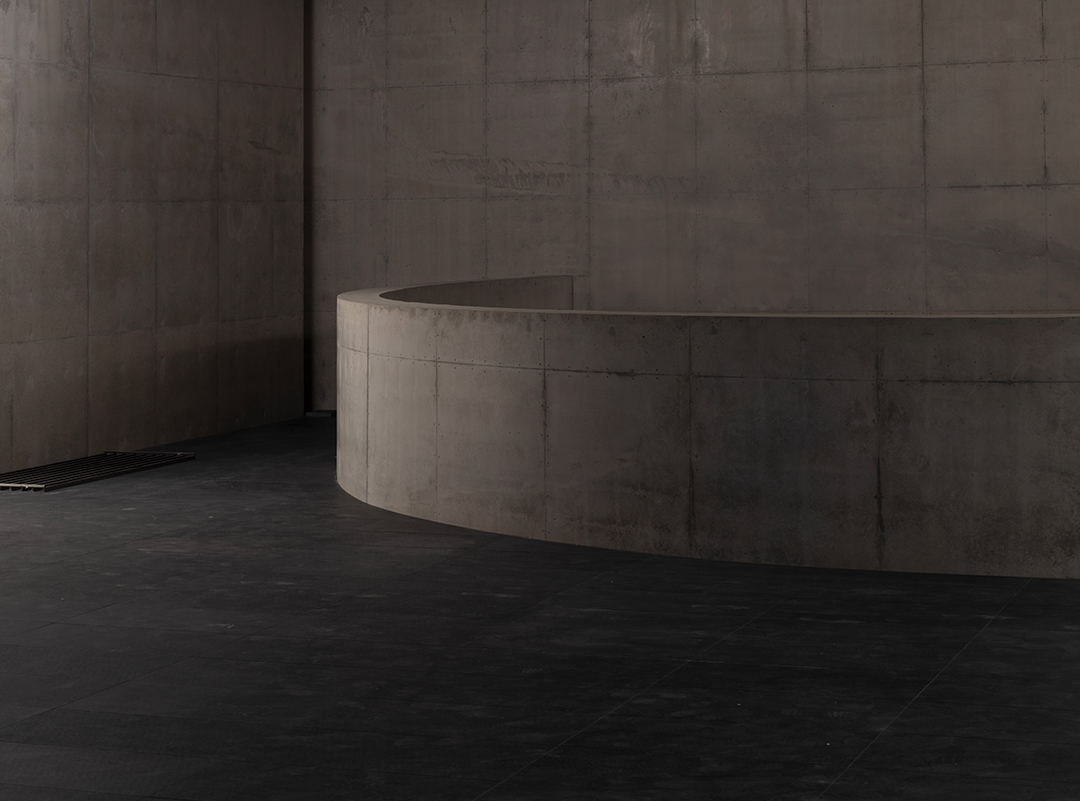 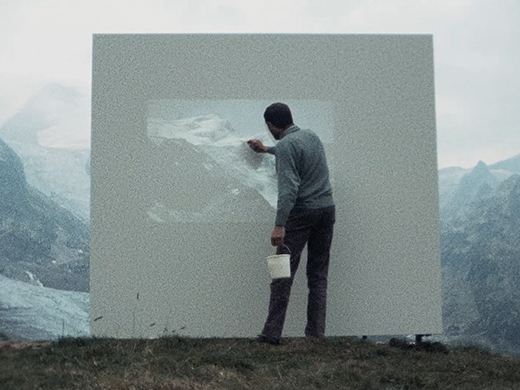 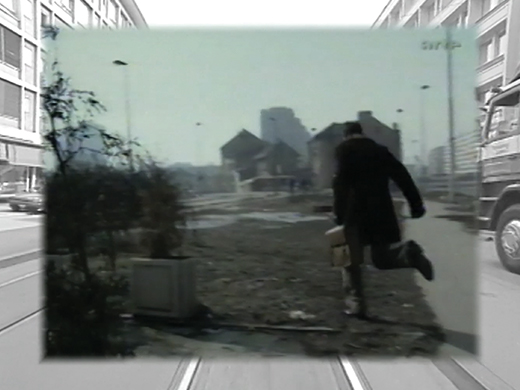 The project initially drew much attention because world-renowned architectural firm Herzog & de Meuron was put in charge of the design. Having won the Pritzker Prize, the architect duo have successfully completed various projects across the world. The main stadium of the Beijing Olympics, Beijing National Stadium, and the Elbphilharmonie, a concert hall in Hamburg, Germany, are a few examples of their works that became the talk of the architectural community.
Seoul has recently been a testing ground for world-renowned architects. Having said that, it was considered rather unexpected that Seoul didn’t have any buildings designed by Herzog & de Meuron. So their involvement in the art space construction in Cheongdam-dong drew much interest not just in the art circle but across the board. 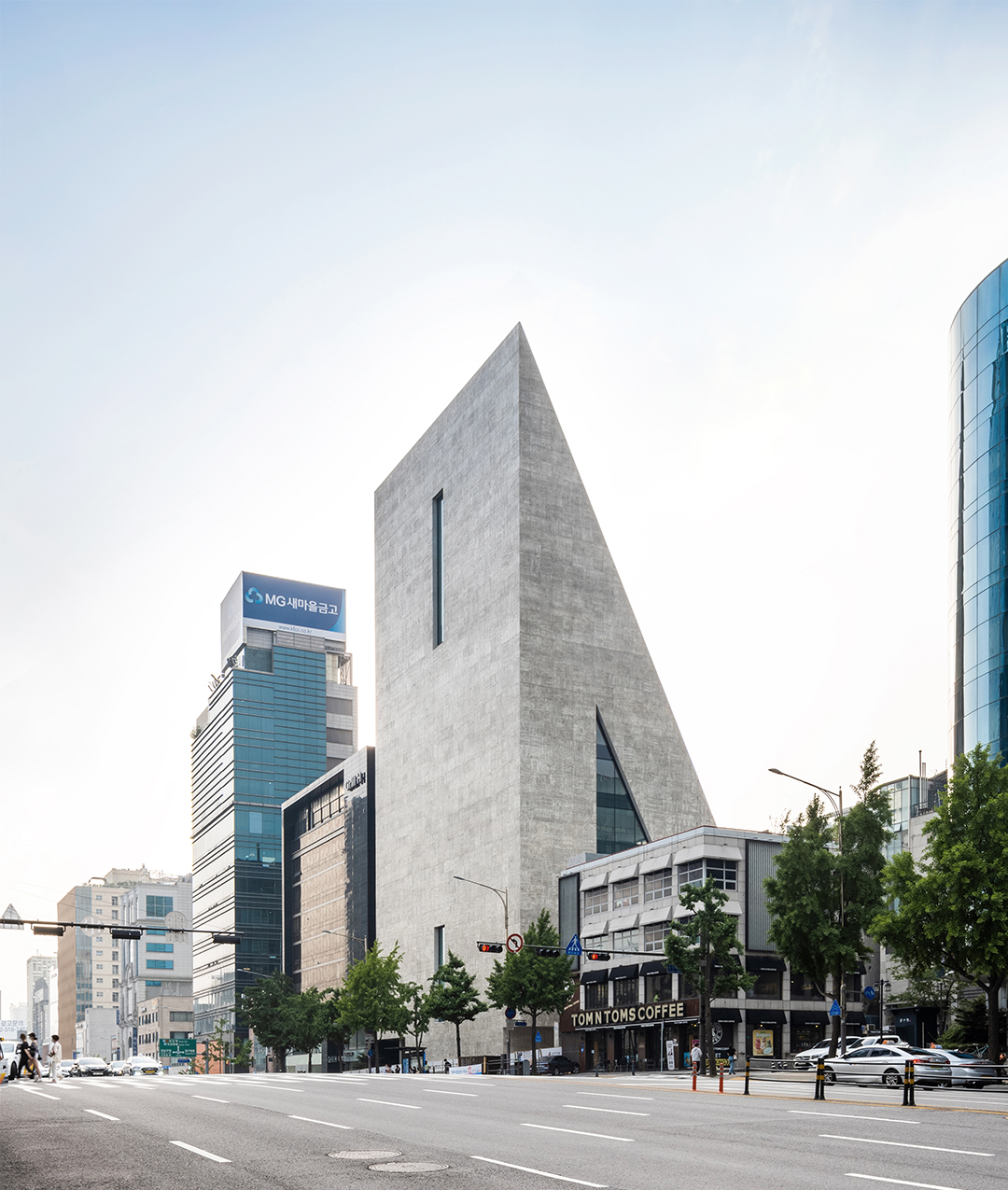 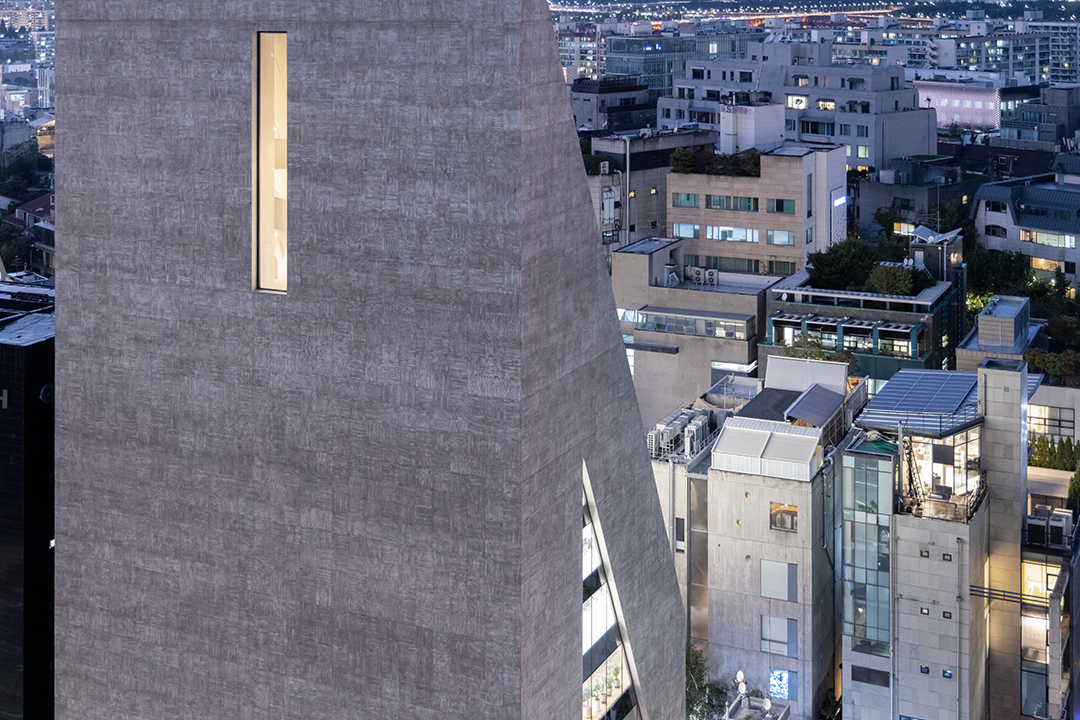 SongEun’s new building, with five underground levels and 11 floors above, has a tall vertical facade when viewed from the main street, but the back of the building has a sloping facade, giving the building a pointy triangular shape. The unique design took into account the city’s architectural codes and various conditions of the Cheongdam-dong area. In the end, the affluent, commercial district has gotten a massive light architecture.
According to Herzog & de Meuron, they focus on how to bring together art and people when they design a contemporary art museum. Their contemplation on artists and the audience, and requests for a space that could be meaningful for both parties remind us of the SongEun foundation’s agony over the relations between artists, the Gangnam region, and the audience. 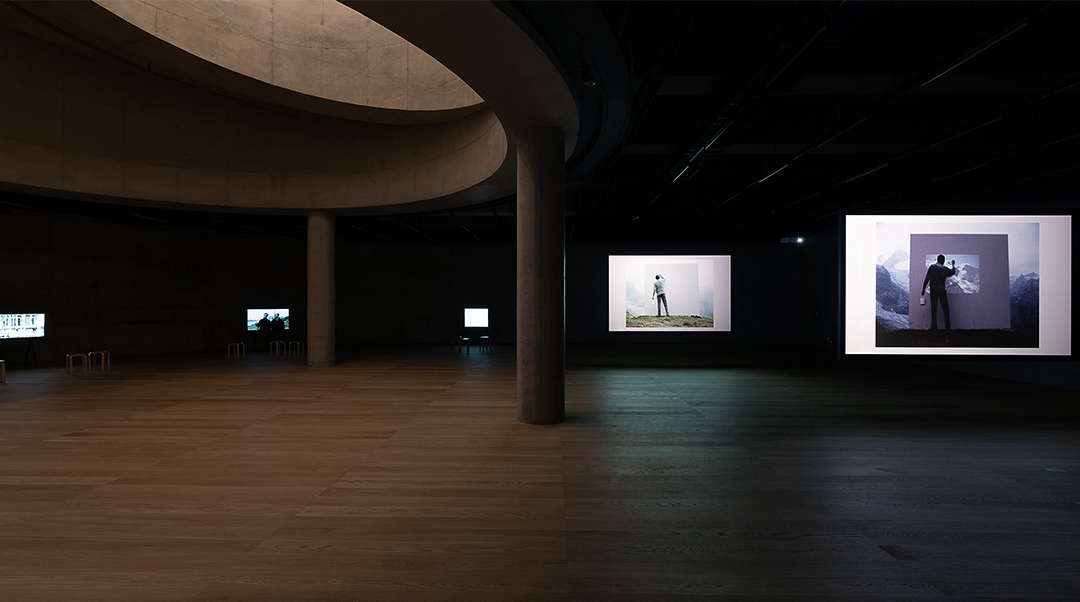 View of the exhibition 2021 ©SONGEUNArt and Cultural Foundation and the Artist. All rights reserved. 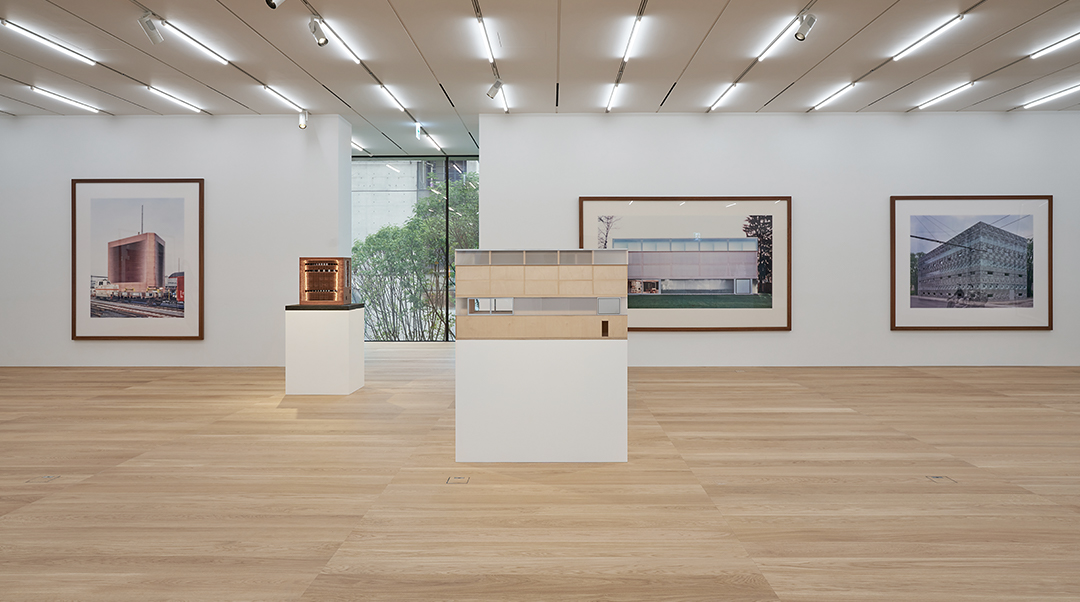 View of the exhibition, 2021 ©SONGEUNArt and Cultural Foundation and the Artist. All rights reserved.

Biggest SongEun Event
Following the opening of the new building in September, the special exhibition commemorating the new beginning was successfully held under the title of . As Part Two of the opening exhibition, , the biggest annual exhibition of the foundation, has been underway since December 10. The exhibition is the culmination of SongEun’s continued commitment to finding new talents in Korea. Scheduled to be open through February 12, 2022, the exhibition will select 20 artists to participate in the main competition, and the artist who wins the grand prize after the final evaluation will receive the prize money. Two of the winner’s artworks will be purchased and owned by the SongEun Art and Cultural Foundation and the Seoul Museum of Art. The artist will also be able to hold a solo exhibition at SongEun Art Space within two years after receiving the award, and will be offered a chance to rent a space at SeMA Nanji Residency for a year in partnership with the Seoul Museum of Art. The significance of all this lies in the fact that a major art museum is leading the initiative to offer a valuable space for art exhibitions to young artists that need to interact with the public more than anything else. This is why SongEun has long been a respected name in the Korean art world. 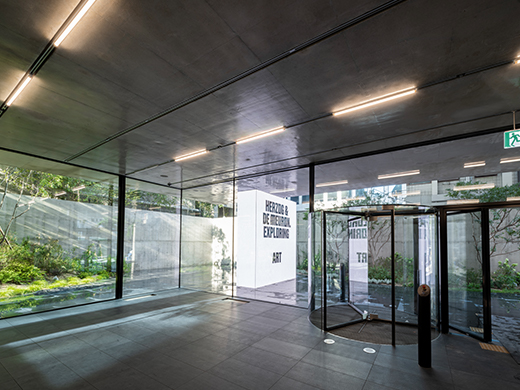 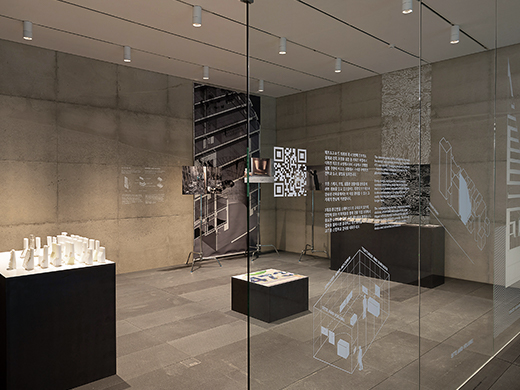 View of the exhibition, 2021 ©SONGEUNArt and Cultural Foundation and the Artist. All rights reserved.