Taking Pictures of Seoul’s Parks, Ever So Slowly
Parks of Seoul in danger of disappearing have been photographed for a book. And its pages are full of memories of our lives.
Parks always have traces and memories of our lives. We have all gone down slides with our friends or taken rides on swings. We also have taken our dogs out for walks or gone out to parks for exercises in early mornings.
Here, the term “park” covers gardens, amusement parks and recreational areas built by the state or local authorities for health, leisure and entertainment for the public. As of Jan. 1, 2020, Seoul had 2,432 such parks operated by the city. They come in many different forms, too, including urban nature parks, neighborhood parks, parks with exercise equipment, history-themed parks and parks by the water. 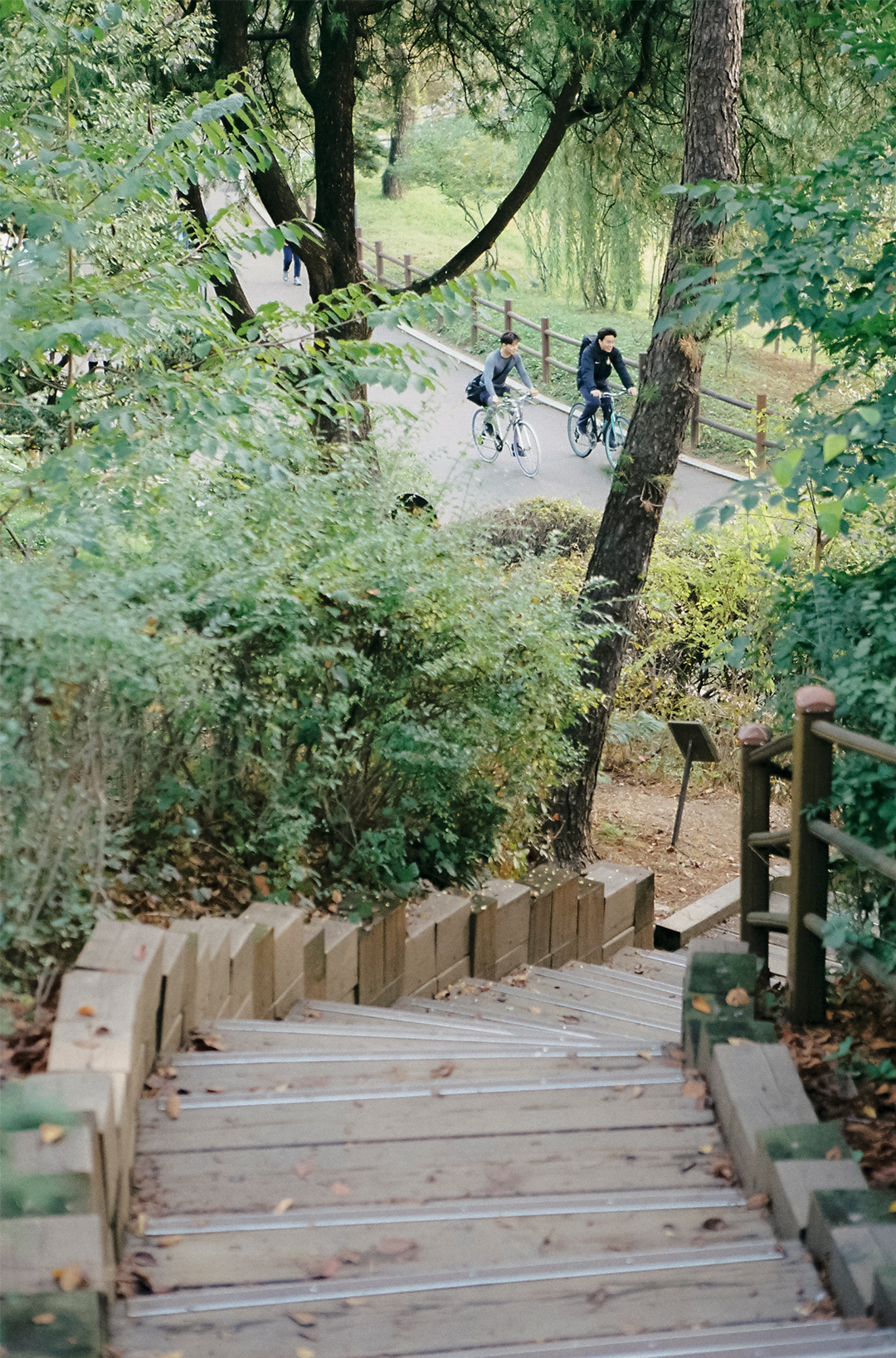 Parks Are Disappearing
And quite a few of those may disappear, and it’s due to a law on urban parks built on private land as of July 2000. If the central government or local authorities haven’t purchased those parks by July 1, 2020, then the areas will be stripped of their park designation in order to protect private property rights.
6699press CEO Lee Jae-young, designer and planner, came across this obscure law in an article in 2018. He decided to publish a book on parks in Seoul for record in case they disappeared. Park Hyun-sung was tapped for photography, and musician/author Kim Mok-in was asked to write accompanying texts. Both were on board, and the upshot was .
We interviewed Lee and Park about reasons for publishing the book and its significance. Lee’s answers are preceded by the letter L, and Park’s answers are identified with P. 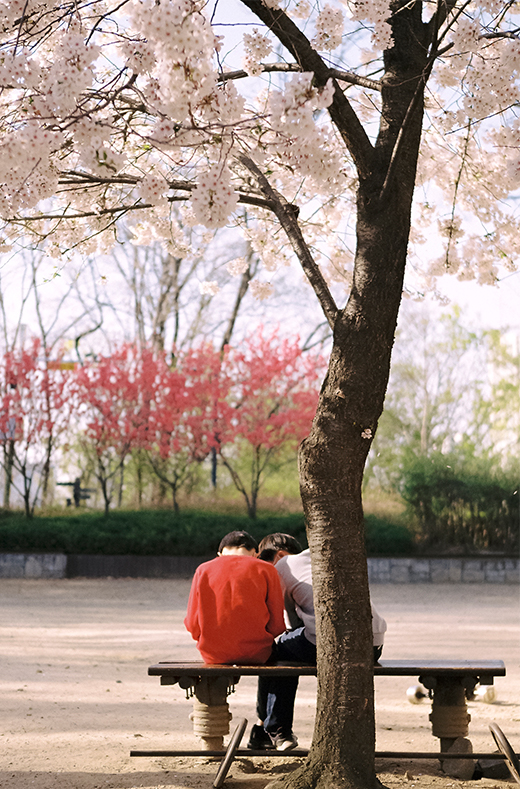 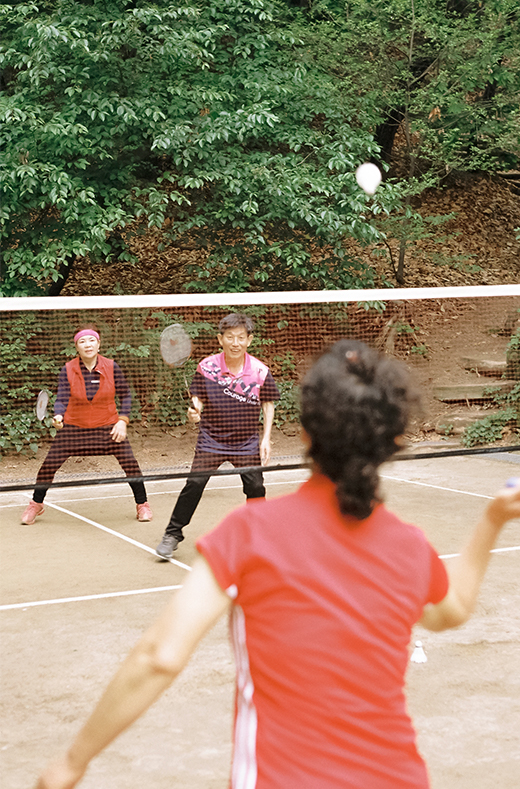 Q. Why did you decide to chronicle parks in Seoul?
L: I started planning on this book after first reading about the possible disappearances of urban parks in 2018. Once that law came into effect, parks would no longer function as public properties, and you couldn’t stop apartment buildings from taking up those lots. I also learned that Seongsan Neighborhood Park, which I visit daily, was in danger, too.

Q. How long did the shooting take and how many parks did you cover?
L. The goal of was to show all four seasons at parks, and it took us about a year and a half. The book features 20 parks but we photographed and visited many more. 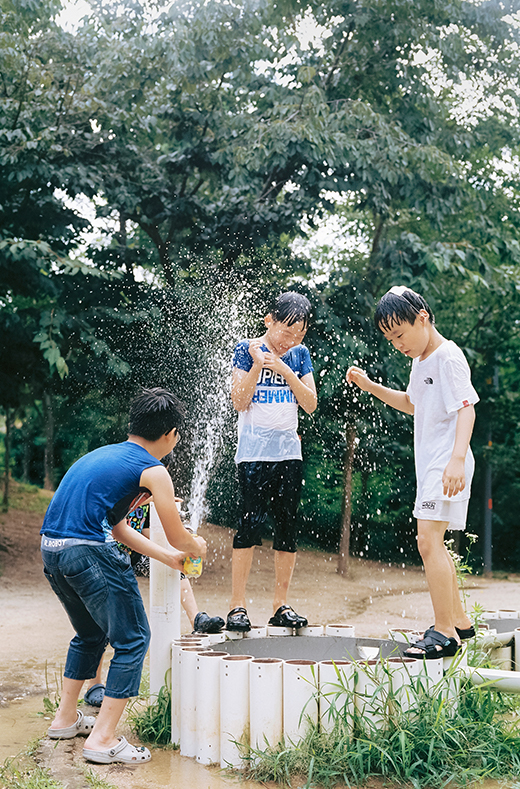 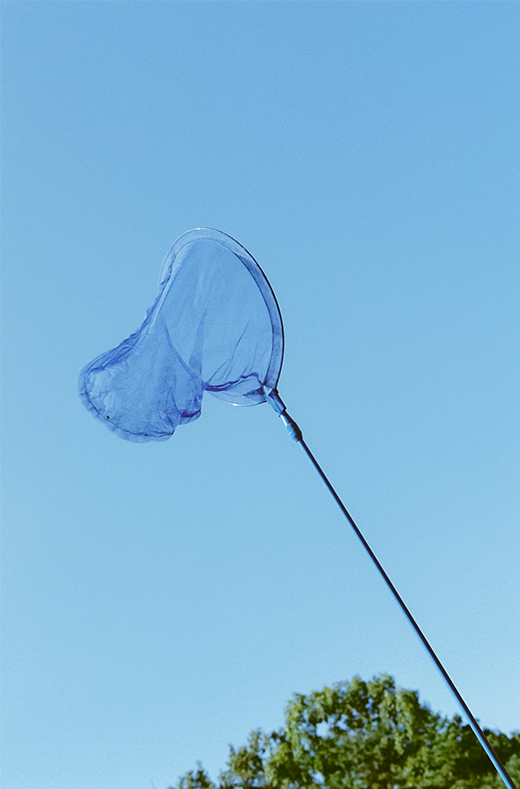 Q. How did you select which parks would make the final cut for the book?
L. We found out 116 parks would be subject to the law. We wanted to visit every one of them but it was going to be difficult. Park and I studied blogs and news articles on those parks to figure out their features and decide which ones we would go.

Q. Mr. Park, how did you end up shooting for ?
P. I once worked on a project that posed questions about things that were disappearing and things that remained. Then Lee Jae-young reached out one day after seeing my photos and writing at an exhibition. We work together on another series on Seoul, including , and it led us to . 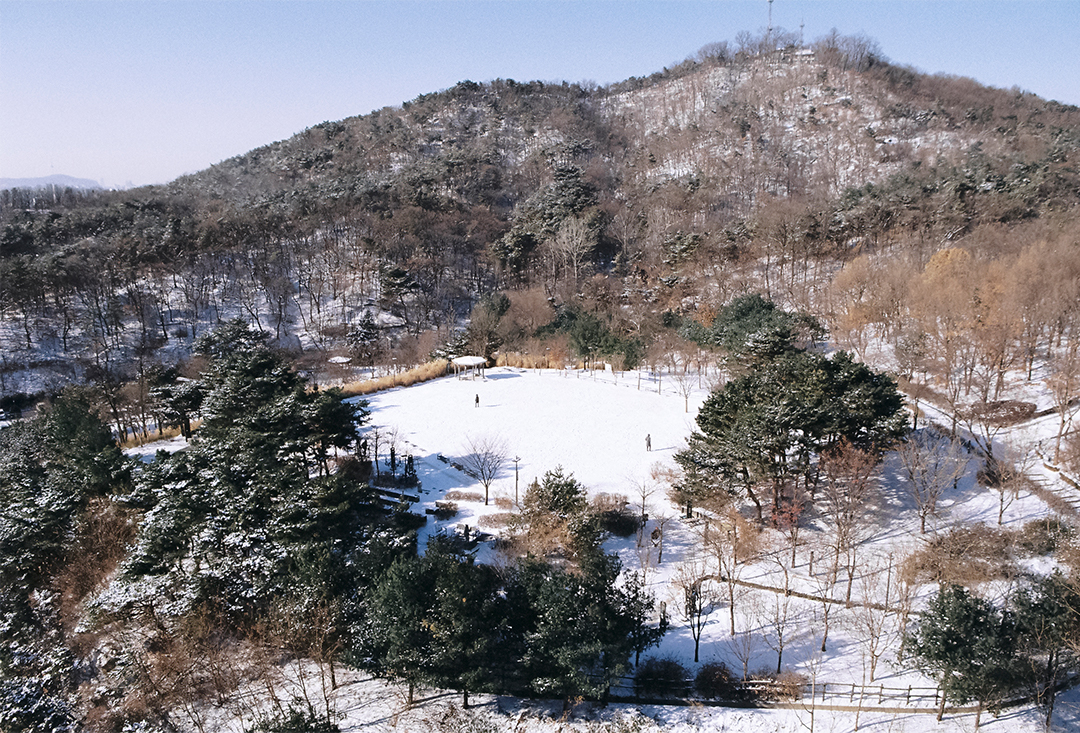 Q. Why did you start from winter?
L. As I was planning for this book, it was important for me to determine how photos would be selected, as we were looking to present parks in different seasons. And I didn’t want to go from spring to winter because it would have been too predictable. I wondered if pairing two seasons together would work, winter with summer and spring with autumn. I thought we could best capture temperatures and colors of seasons at different parks that way.

Q. Photos in the book seem quite natural to the eyes, whether it’s the people, the backdrop and even animals. Which aspects of parks did you try to capture?
P. Everything. I wanted to photograph people who were enjoying themselves at parks, plants that grew there, and animals inhabiting them. I tried to see their own unique beauty in its natural form. 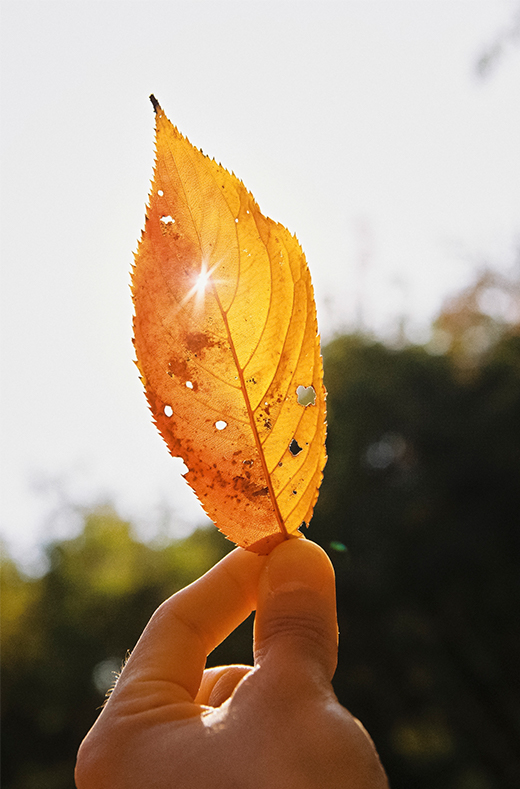 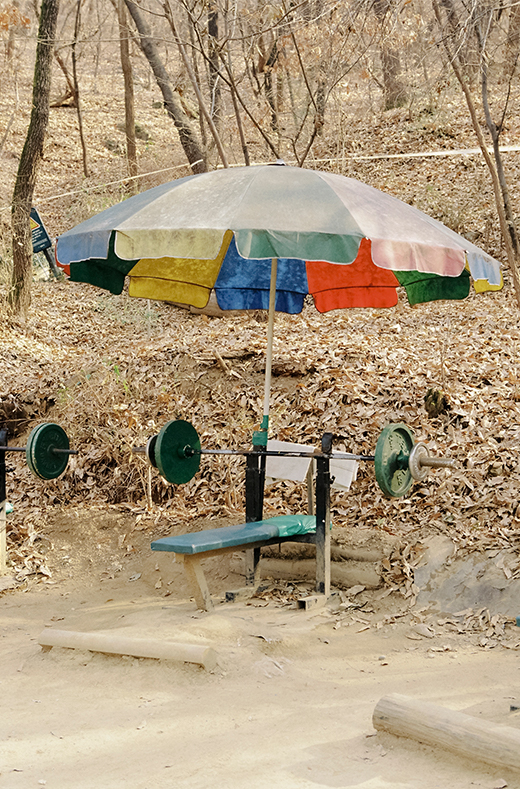 Q. Most landscape shots are taken horizontally, but features a lot of vertical shots.
P. When I study landscape, I tend to highlight small things rather than seeing the big picture. And I believe vertical shots can best capture those tiny details. There is quite a bit of difference between taking the wide shot of the landscape and focusing on smaller details.

Q. What were some important things you kept in mind when shooting parks?
P. In , I concentrated on people’s movements and facial expressions. The way they enjoyed being at parks, and the gestures and expressions that demonstrated such joy, seemed to resemble vibrant energy of parks. 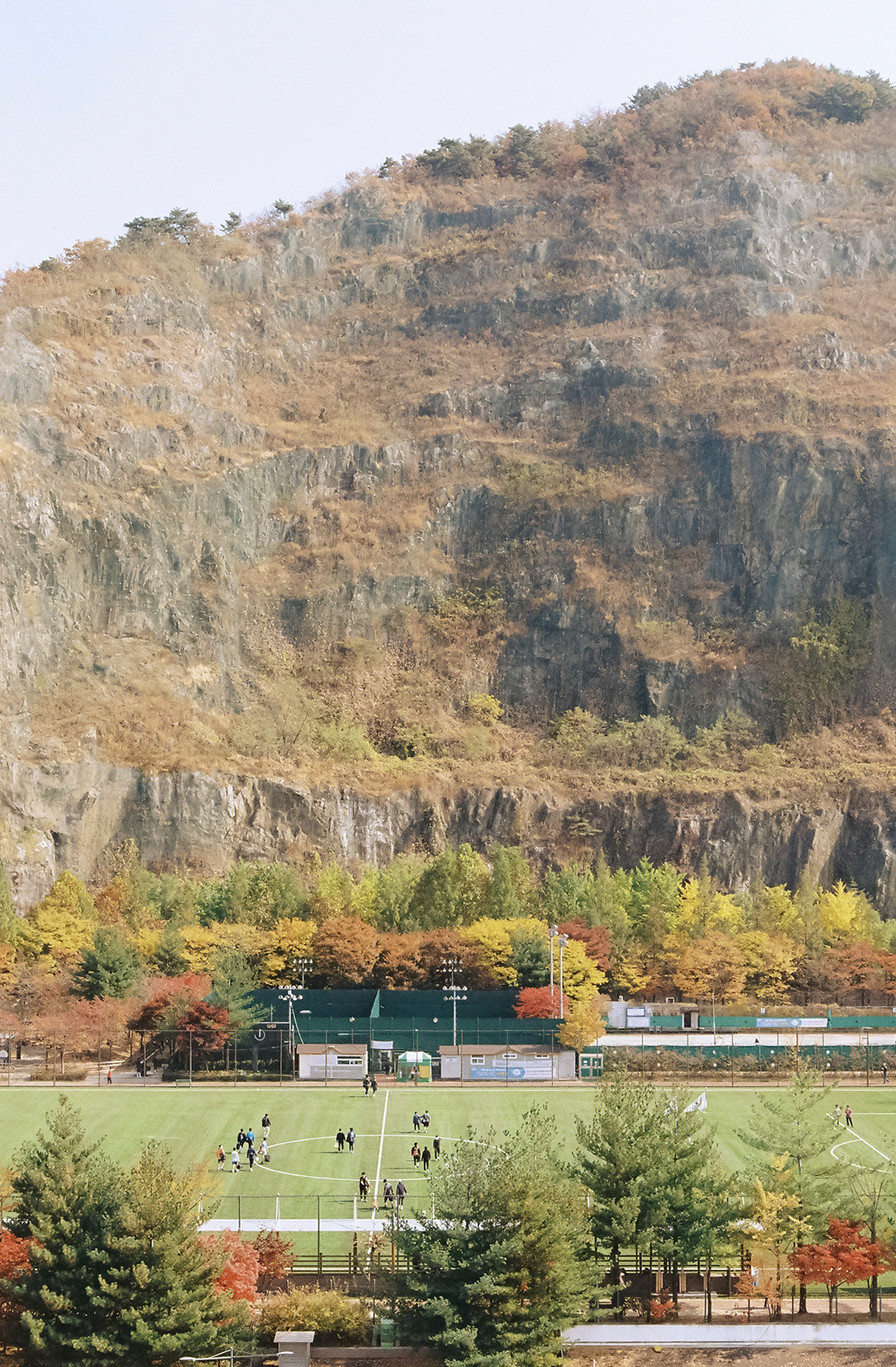 Q. Which park stayed with you the most?
P. Goongsan Neighborhood Park in Gayang-dong. A big pavilion stands on the top of the hill, and from inside the pavilion, you will get a panoramic view of the Han River, along with trees that surround the park. It was hard to believe you could get that kind of view in Seoul, and that’s what made that park that much more precious.

Q. The final chapter provides so much information on parks in Seoul, such as how many parks we have in the city and the size of parks per capita for each district. Why did you decide to include that in the book?
L. We wanted to give our readers a closer look at parks around us and how we’ve been able to enjoy them, and wanted to use concrete data to do so. 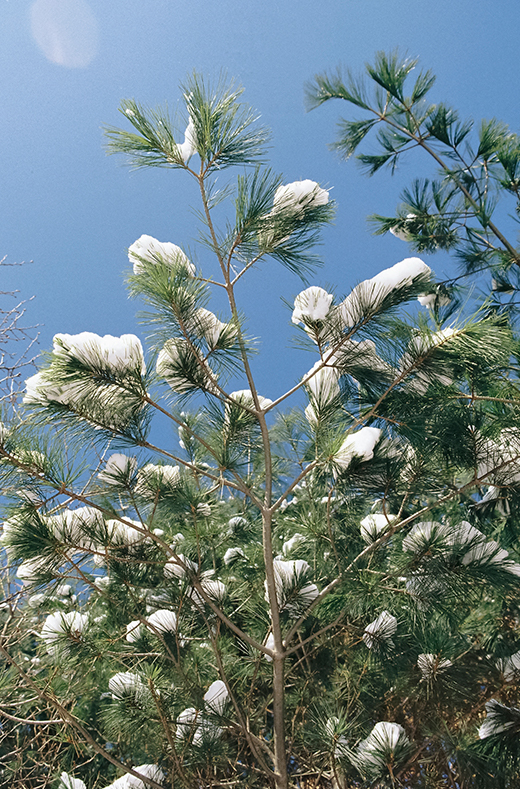 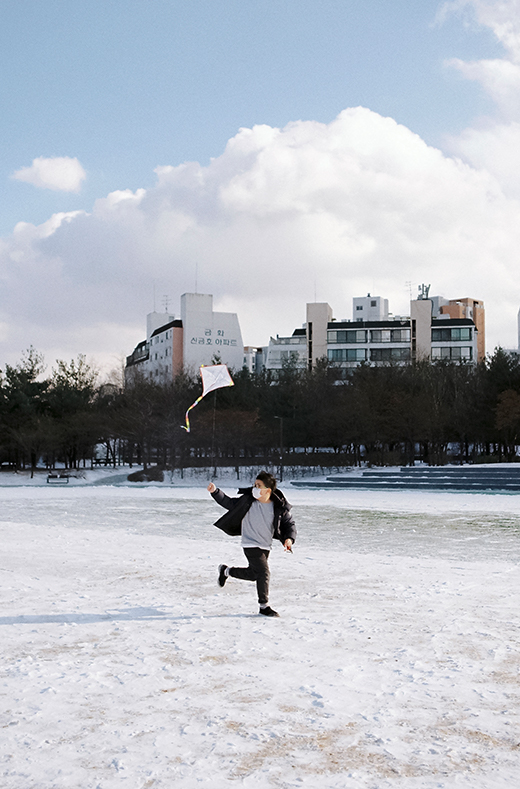 Q. Why did you not title your photos? You only printed names of the parks.
P. I tend not to give individual photos a title when there is a big, overriding theme. If I give a photo a name, then the photo is only defined by that name. Allowing for more space for creative thinking is an important element to my work.

Q. What is your favorite photo in the book?
P. It’s the one with children playing with water near a drinking fountain on a hot summer day. The bright faces of the kids under the shade of green were evocative of summer.