Meet Art in Countryside, Art Tour in the Hamptons, New York
The relaxing sunlight and ocean breeze of the Hamptons give inspiration to artists. We introduce the one-of-a-kind art scenes of the Hamptons formed by artists and art collectors who have settled in the town for the laid-back atmosphere.
The Hamptons in Long Island, a two-hour drive from downtown Manhattan, is notably famous in America for its affluent residents. Celebrities and millionaires either live or own a second property here, relishing both the vibrant city experience and the exclusive life in rural settings. The same holds true for artists as well. They have been drawn to the Hamptons for its extraordinary environment. In the late 19th century, many American impressionists relocated their art studios to the Hamptons for its charming, picturesque landscape. In the mid 20th century, iconic artists who were in the vanguard of American contemporary art, such as Jackson Pollock, Williem de Kooning, Robert Rauschenberg, and Roy Lichtenstein, left busy Manhattan, buying homes and studios in the Hamptons. 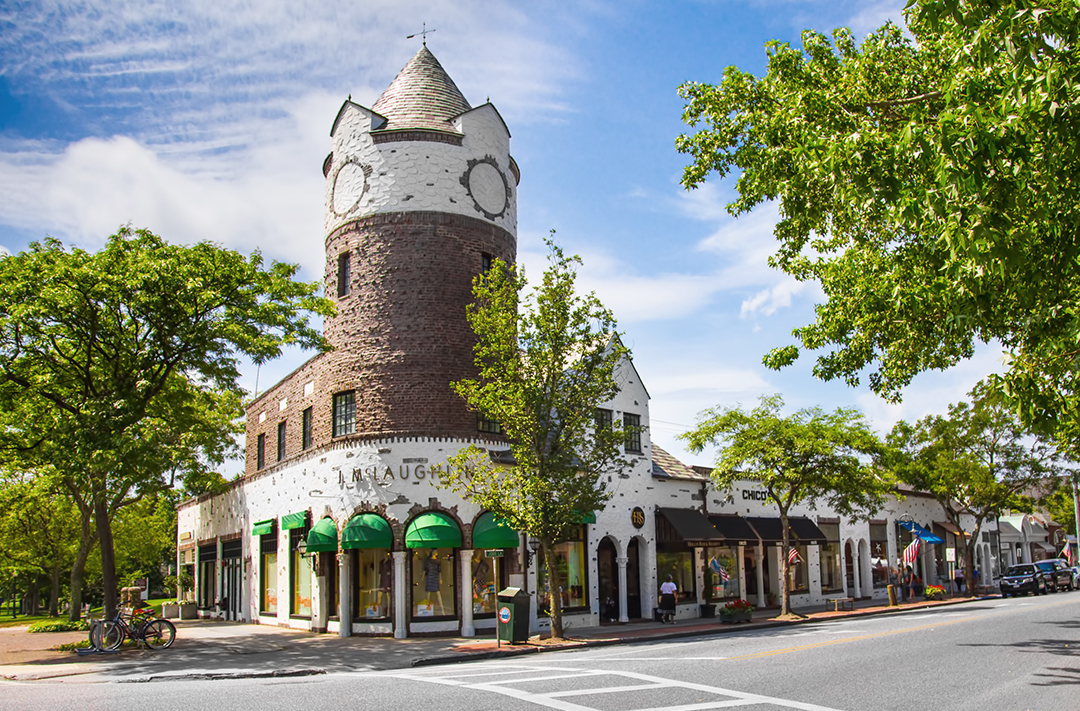 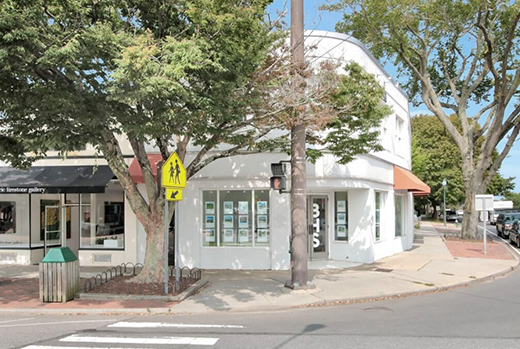 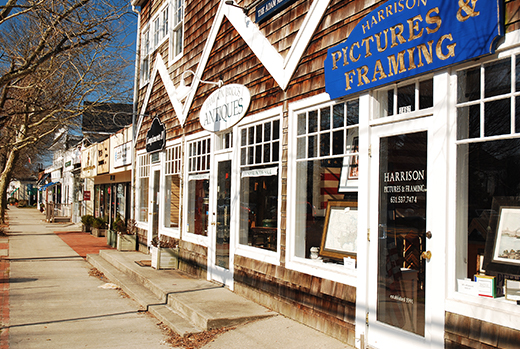 East Hampton has a wide variety of tiny but interesting shops and galleries. © Shutterstock

Cluster of Galleries in Newtown Lane
Galleries are mostly located in East Hampton. The Parrish Art Museum established in 1898 is the best-known space. Built for the purpose of housing the collection of Italian Renaissance paintings owned by Samuel Parrish, the museum later added works by prominent American artists to its inventory. In 2012, the museum relocated to a 56,000㎡-wide pastureland in Water Mill, moving into an expanded space designed by the renowned Herzog & de Meuron architectural firm.
If you want to learn more about contemporary art galleries, make sure to visit Newtown Lane of all the places in East Hampton. The street offers the unique combination of the typical relaxed Hampton-vibe and top-tier galleries with exceptional art collections. Halsey McKay Gallery founded by artist Ryan Wallace in 2011 is also situated in Newtown Lane. Wallace is bringing fresh energy into the gallery scene of the Hamptons by introducing diverse works by experimental artists from the gallery’s inaugural exhibition. 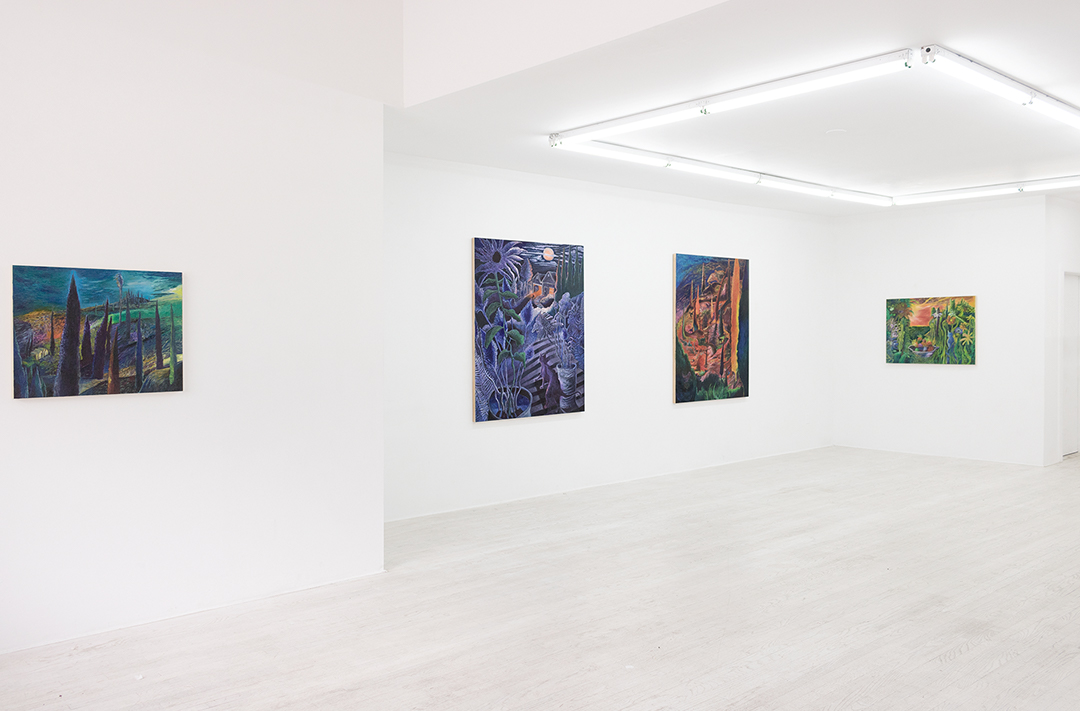 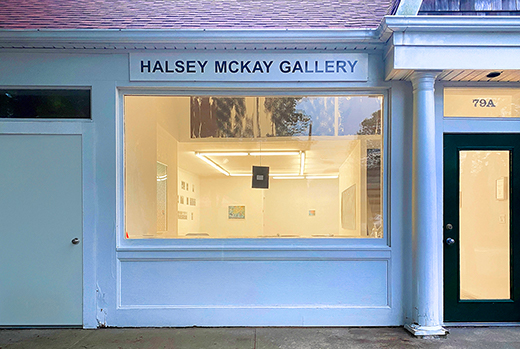 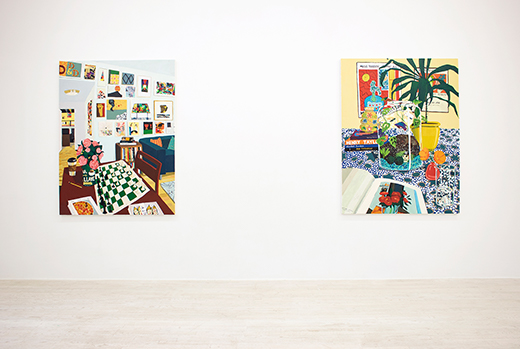 “Most people who visit the gallery are familiar with contemporary art and come to us as a destination to see exciting shows. Our audience is as international as it is local.” Wallace has a pride in offering an art space that is comfortable yet sincere, despite its proximity to urban areas.
Unlike in the city art scene where competitions are fierce, galleries in the Hamptons have a relatively large artist pool that they can work with. Visitors with an enthusiasm and affection for art can relax here and engage in light, friendly conversations about art here. Sometimes after the preparatory work is finished before the show, gallerists, artists, and visitors go out to the beach together, start a bonfire, and share stories.

View of the exhibition ‘Marcus Brutus, Go To Work. Get Your Money and Come Home. You Don’t Live There’ at Harper’s. Courtesy Harper’s

Aesthetic Eye Spurs Growths of Galleries
Located next to Halsey McKay, Harper’s is a gallery cum art book shop. It was established in 1997 by Harper Levine who is famous as a rare book dealer. "East Hampton has long been a hub for artists, writers and aesthetes. When I started, people like Richard Prince, Cindy Sherman, and Calvin Klein were mainstays at the gallery.”
Harper’s Gallery has been dedicated to ensuring rising and lesser-known artists have a chance to show their work. Many artists have gone through Harper’s initiative, making a name for themselves in the art scene. Harper’s Gallery has so far expanded its presence to Manhattan’s Upper East Side, Chelsea, and Los Angeles. Most recently, another flagship gallery opened in Chelsea. The key to success for Harper’s is not different from the case of Halsey McKay Gallery. It’s their persistence and consistency in trusting their own aesthetic eye. Artist Hyegyeong Choi is set to open a solo exhibition at Harper’s Los Angeles in May. 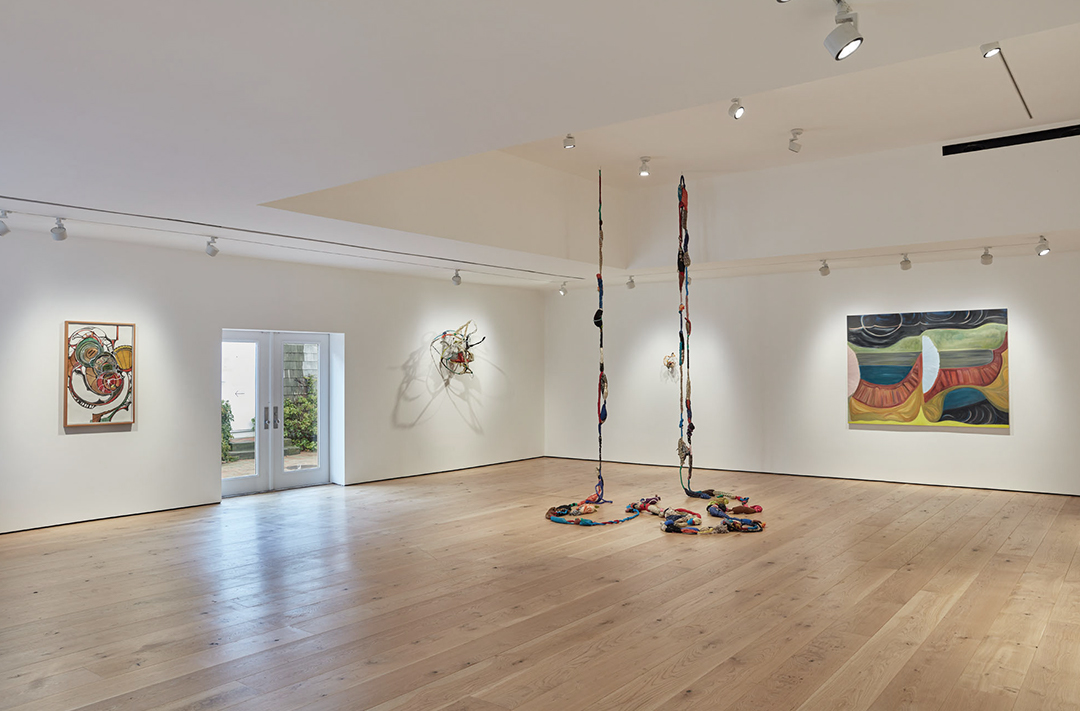 Galleries Migrating to the Hamptons
There are some galleries that have recently left NYC and moved to the Hamptons. With the closing of Manhattan two years ago amidst the pandemic, global art houses have turned their eyes toward the Hamptons. In the year 2020 alone, at least seven dealers, including Pace, Lisson, Kurimanzutto, and Sotheby’s, opened gallery spaces in the Hamptons. Michael Werner Gallery is also one of them. When asked about the reason behind the new Hamptons location, co-owner Gordon VeneKlasen replied, “At the beginning of the pandemic I went to my house in East Hampton that I have had for 25 years. I stayed in East Hampton for many months. During that time, I grew restless with only online fairs and activities. Some friends of mine said they might open galleries in the Hamptons, and I thought it sounded like a good idea. I saw a wonderful space that was a former sunglass store and took it. It was really for me personally, so I could put real art on real walls on the walls and look at some shows in person.”

Michael Werner is testing new approaches that have never been tried in NYC, London, or Berlin, in the Hamptons. One of them is pairing two artists in an unexpected way. For example, the pairing of a sculpture created in Japan by American conceptual artist James Lee Byars(1932-1997) in his early days with a work by master potter Shoji Hamada(1894-1978) was particularly successful. The exhibition could shine on its own thanks to the flexible setting in the small space.

Other galleries are also experimenting as to how best to utilize the environment of the Hamptons. Pace Gallery is partnering with Grimm of Lower Manhattan to open an exhibition featuring works by British artist William Monk. Scheduled to last until early June, the Monk exhibition will be available for viewing at both Pace and Grimm galleries in NYC, as well as Pace’s East Hampton location.
If you want to experience the art scene of New York that is full of vigor after a long hibernation, make sure you factor in the art tour in the Hamptons for your itinerary. In a change prompted by the pandemic, the scope of the New York art circle is gradually expanding to cover the Hamptons.