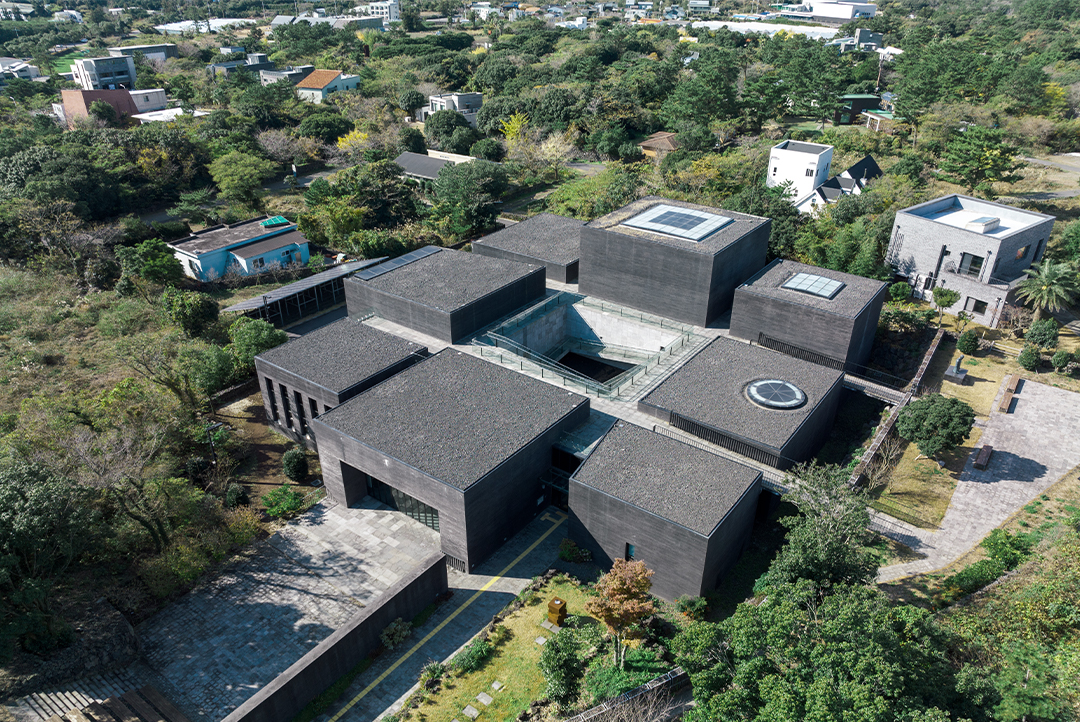 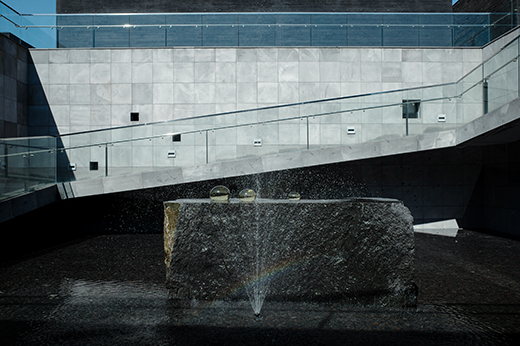 Each and every piece of work gives you a glimpse into Kim Tschang-yeul’s career. ©Park Doosan 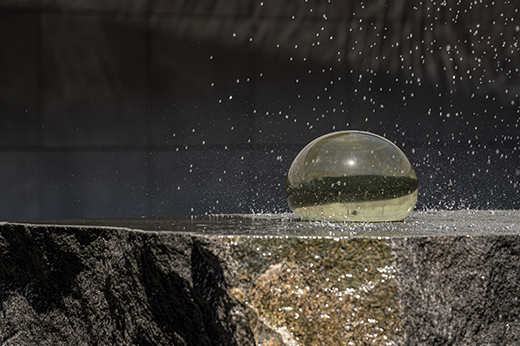 Jeoji Cutulre and Arts Village
Jeoji Culture and Arits Village is located in the hilly regions of Hangyeong-myeon on the west coast of Jeju Island. It’s a place where green trees far outnumber vehicles or people. Jeju Museum of Contemporary Art, Kim Tschang-Yeul Art Museum Jeju, and a studio for the painter Park Seo-bo are all located in the area, among other galleries, personal studios, and homes for famous artists and photographers. Even for Jeju locals, this neighborhood feels a bit exotic. Gotjawal Forest in this area has a distinctive feel to it, making you feel as though you were walking into some mysterious tropical rain forest. 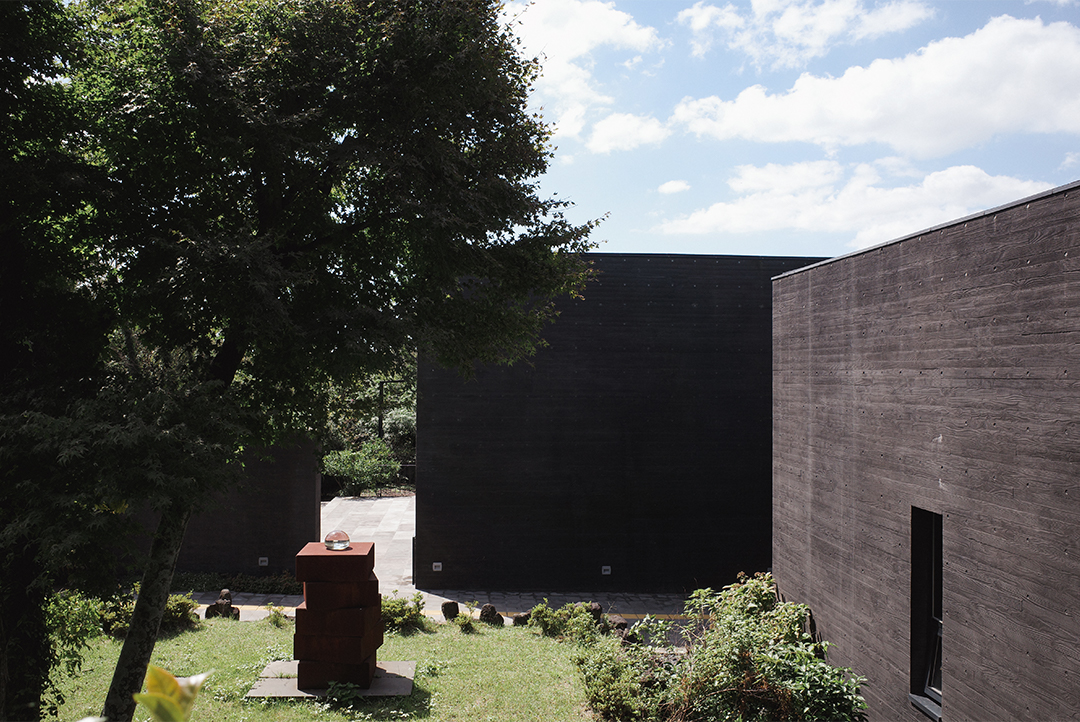 Water drop sculptures found all across the museum ©Park Doosan 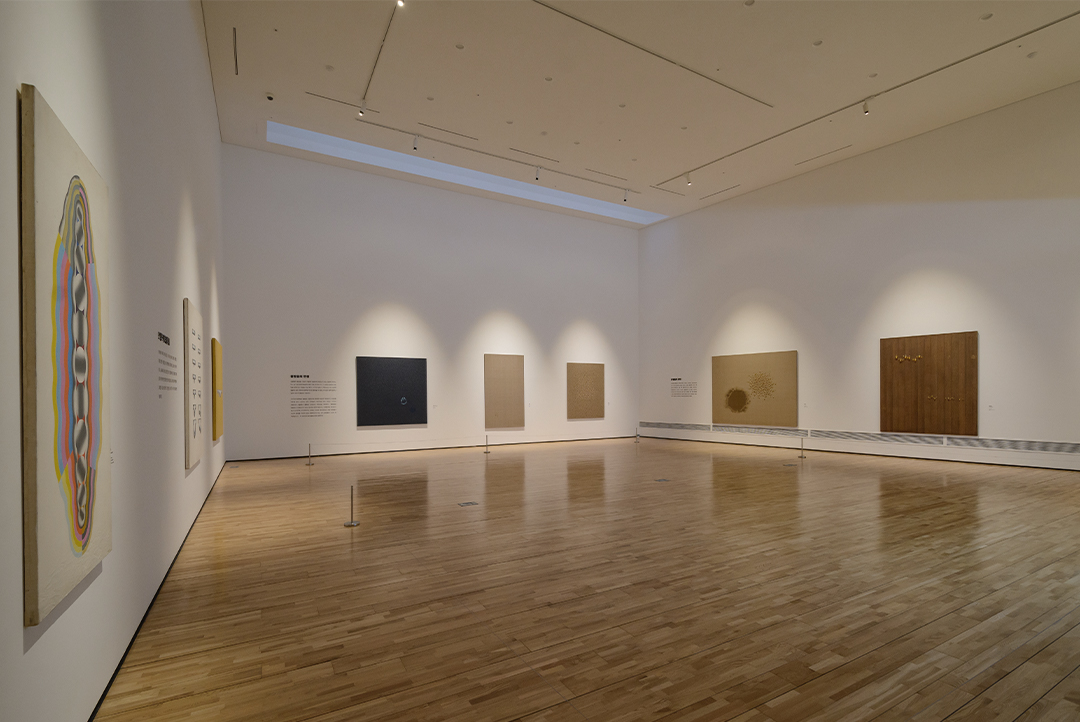 View of Exhibition Hall No. 1 inside the museum ©Kim Tschang-Yeul Art Museum Jeju

Kim Tschang-Yeul Art Museum Jeju opened in 2016. Kim donated 220 pieces of his works to the museum, including his very first water drop painting from 1972, titled ‘The Thing That Happened at Night.’ Oan Kim, the painter’s second son and director of the documentary <The Man Who Paints Waterdrops>, once said he respected his father for donating the paintings rather than selling them. Kim Tschang-yeul was born in Maengsan, South Pyongan, in 1929, and left the country at a young age. After spending more than 40 years overseas, he died in Korea in 2021. He is buried under the Pride of India tree behind his namesake museum. So why did he choose to spend his last days on this island? 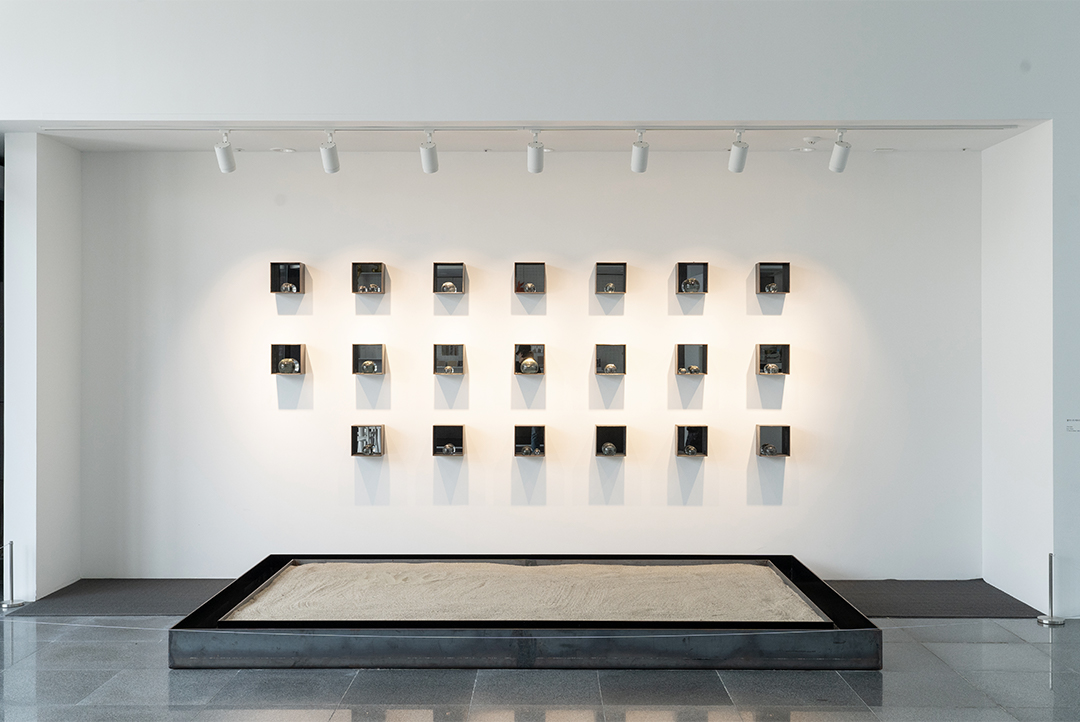 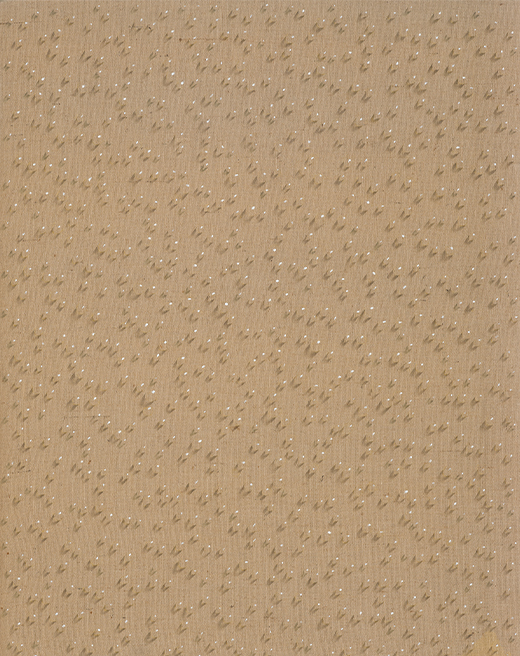 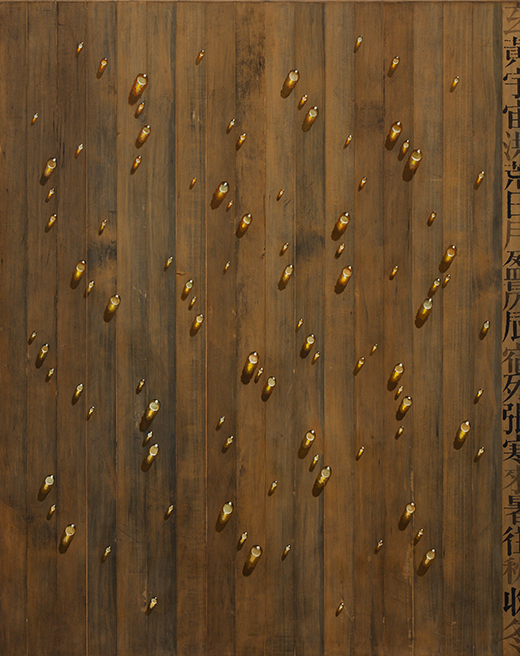 Kim Tschang-yeul and Water Drops
As a child, Kim learned calligraphy from his grandfather, and he was exposed to art early thanks to having a painter of an uncle. He enrolled in the art college at Seoul National University in 1949. But the Korean War broke out soon afterward, and he had to suspend his studies in 1950. Kim entered the police academy and worked as police until 1955, before earning his teaching certificate. He briefly worked as an art teacher but left for New York in the 1960s. Starting in the 1970s, Kim was based in Paris. He continued to build his career in the French capital. He later received the Ordre des Arts et des Lettres from the French government and the silver crown of the Order of Cultural Merit from the Korean government. He was an immensely popular painter who also earned critical acclaim. He opened a museum bearing his name. By all accounts, Kim had a wildly successful career in art. 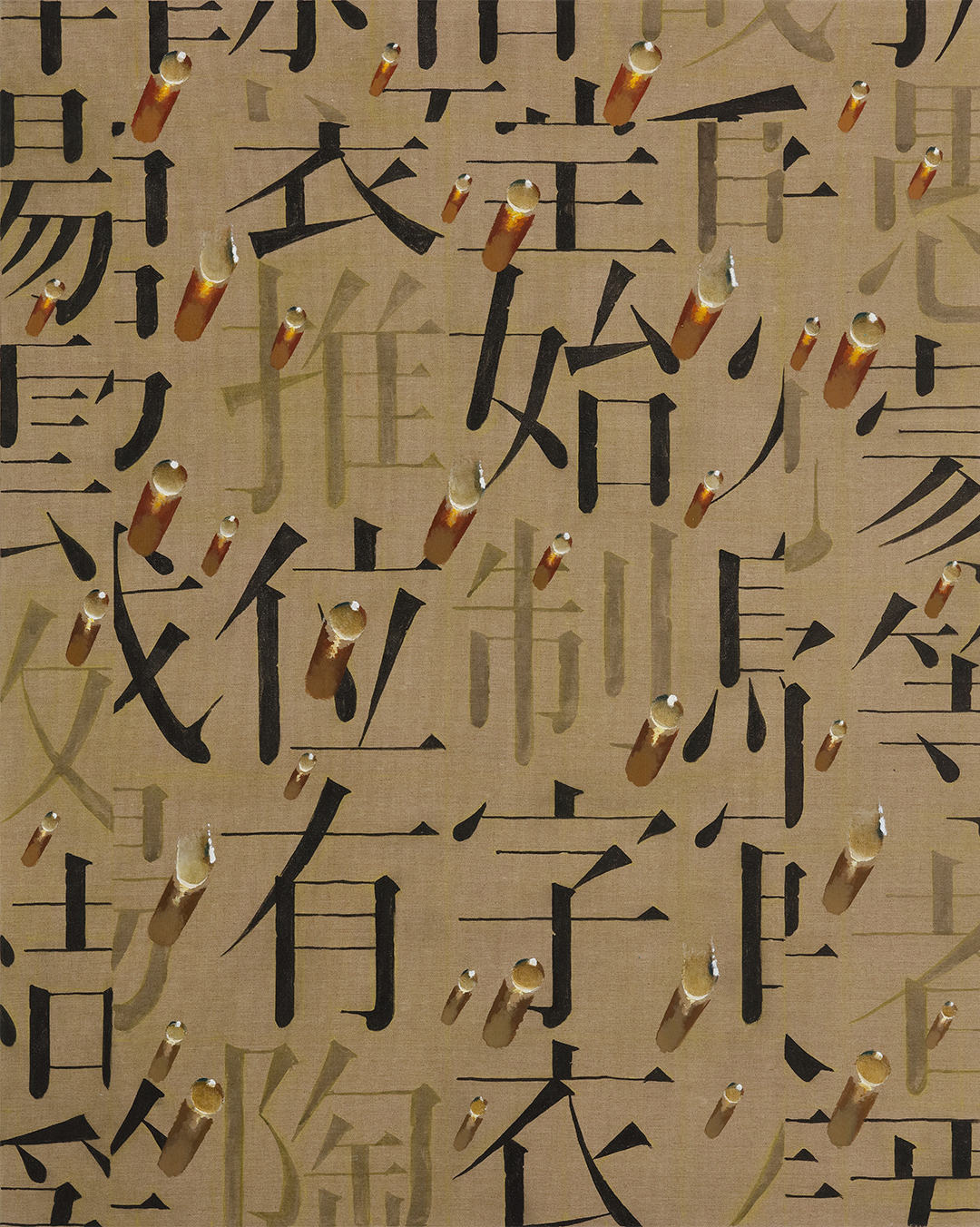 However, water drop paintings that made him so famous originated in pain. While in Paris, Kim was so down on his luck that he tried to save money by reusing his canvas. He would wet the back of the canvas to remove watercolors and draw something new on top of that. Then one day, Kim had a moment of epiphany when he saw water droplets formed on the canvas. He then started painting water drops. This was in the early 1970s.
And until his death in 2021 at age 91, Kim kept churning out works of water drops for 50 years. He must have produced tens of thousands of droplets. If you’ve only seen a couple of Kim’s pieces, you might have assumed that there were little more than some vivid depictions of water drops we see around us every day. But seeing many other of his water drop paintings at his Jeju museum will make his works seem less like art and more like results of ascetic practices. Anyone who has seen Kim’s paintings must have wondered why he felt compelled to keep painting them. But the introverted artist had never given any specific reason for that. We can only try to read between the lines from the few words he’d left us and to try to figure out the message he was trying to convey with his works. 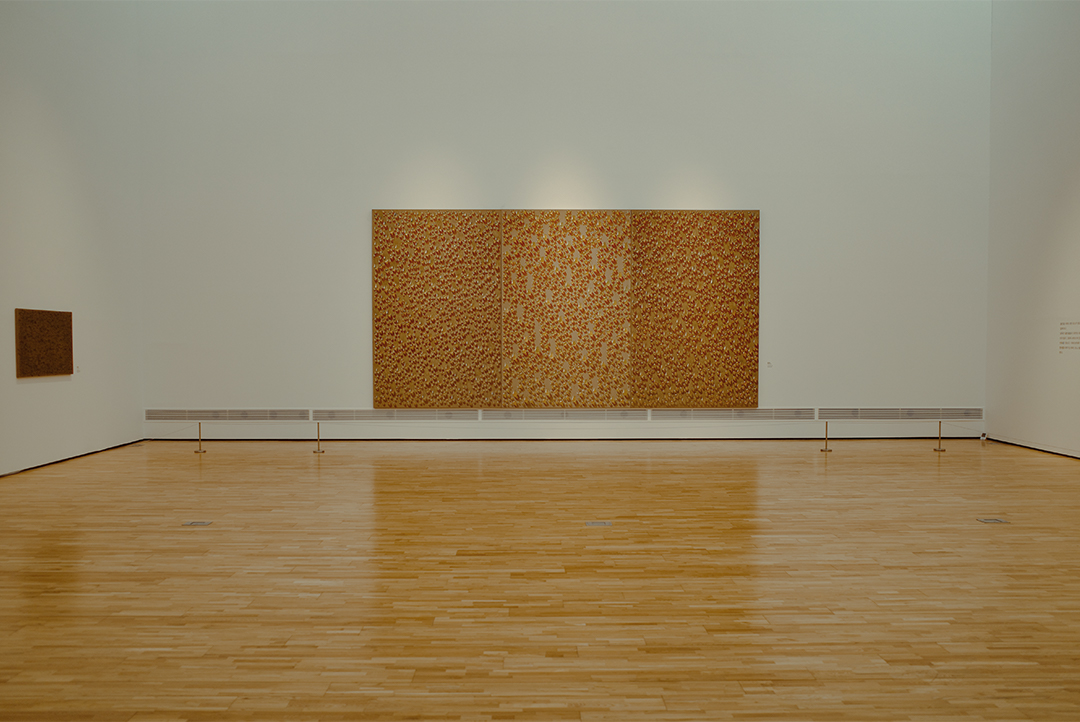 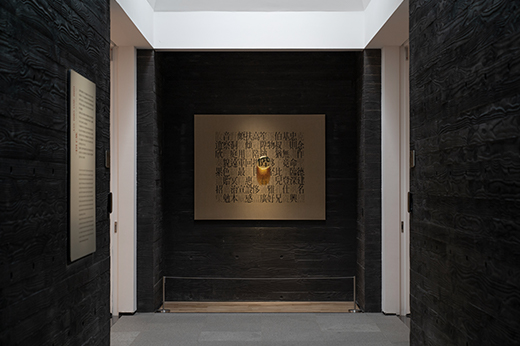 Kim once said, “I paint to wash away pains.” People have come to interpret those pains as coming from losing friends and family during the Korean War. They believe Kim must have kept painting water drops in order to overcome survivor’s guilt and ease the pain of those devastating losses. Inside the bubbles were his family and friends.
Kim Tschang-yeul and Jeju Island
Kim’s ties with Jeju date back some 70 years. During the Korean War, Kim spent about a year and a half on the island. To learn why he chose to spent his final days there, you have to go back to what surely would have been painful days during the war.
While painting his water drops, Kim didn’t shy away from painful memories, but perhaps dove straight into the heart of them all. Perhaps he tried to remember his family and friends by facing those hurtful times heads on. 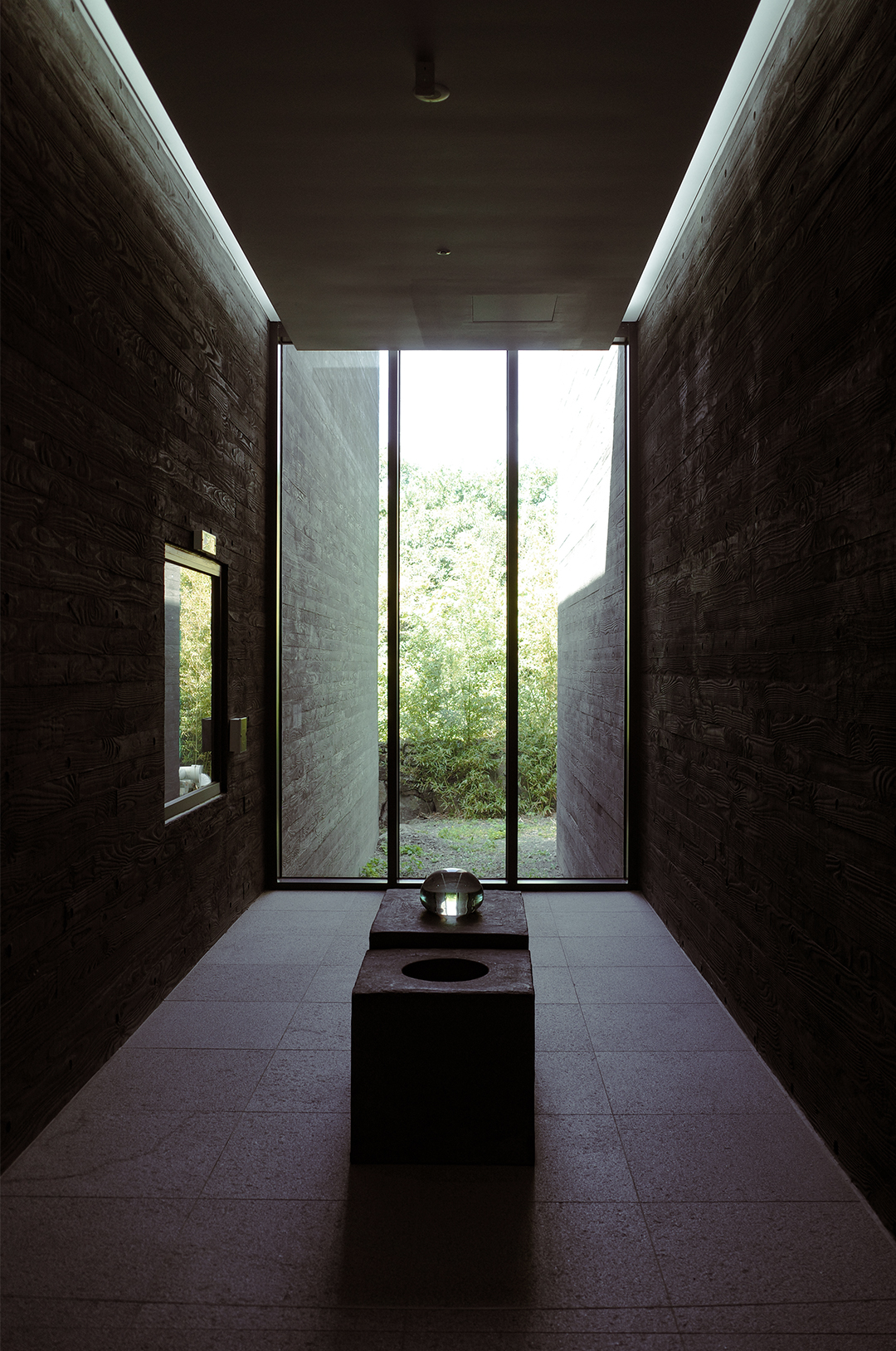 His water drop paintings constantly evolved. In the early days, Kim left a lot of white space while putting down transparent droplets. After the mid-1980s, Kim began coloring his water drops. For his ‘Recurrence’ series, which began in the 1990s, Kim painted water drops over Chinese characters. Kim learned those letters from his grandfather when he was a child. Over the characters that he picked up at an early age, Kim dropped water, one droplet by one droplet, as if practicing asceticism. By the name of the series, Kim also meant a return to his childhood.
Kim Tschang-yeul’s Museum in Jeju
Kim Tschang-Yeul Art Museum Jeju, designed by architect Hong Jae-seung, takes the shape of the Chinese character ‘回’ when seen from above. It carries the same meaning as the ‘Recurrence’ series. The museum was built to exhibit and store Kim’s works, and the building itself is essentially a large piece of artistic work. And it does resemble Kim’s paintings. Kim moved from South Pyongan to New York to Paris, before spending his final days in Jeju. This museum is where it all came full circle for him.
From the paintings and from all corners of the museum, you can almost feel Kim’s presence. As you walk through and around the museum, you may even find yourself bring your hands together and hold your breath. We have all been touched by works of art and have fallen in love with art museums. But it’s not often that we are overwhelmed by the oneness of a museum and works of art inside it. 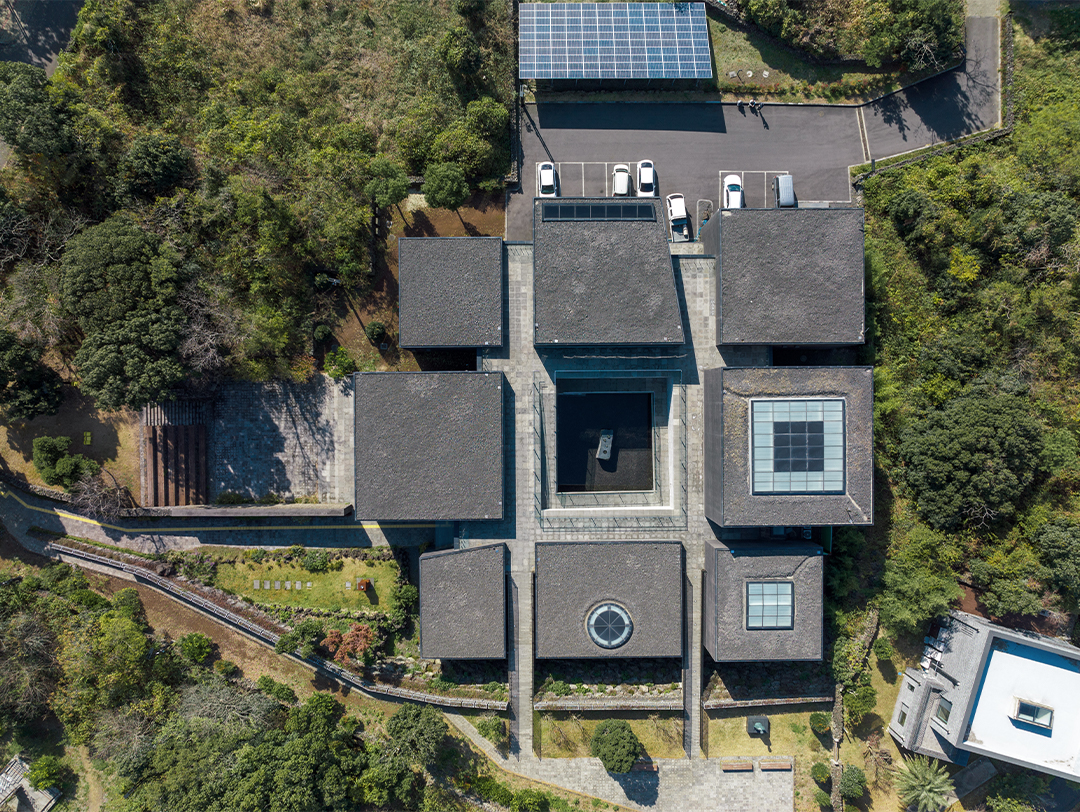 The museum seen from above ©Kim Tschang-Yeul Art Museum Jeju

The museum fits seamlessly into Gotjawal. It is not a small place but doesn’t stick out either. The single-story structure stands below the ground level. If you follow the ramp in the museum’s courtyard, you will reach the rooftop of the museum. From there, the entrance is just a few steps downhill away. The top of the building is almost on the same level as the ground. The black exterior walls make the museum appear like giant basalt.
Kim put the water drop sculpture in the courtyard. The glass piece stands on top of a large natural stone.
The fountain there shoots water every 10 minutes, and rainbows will form under the sunlight. Just imagine what Kim must have felt like seeing the glass water drop and numerous droplets from the fountain, and the rainbows hanging over them. 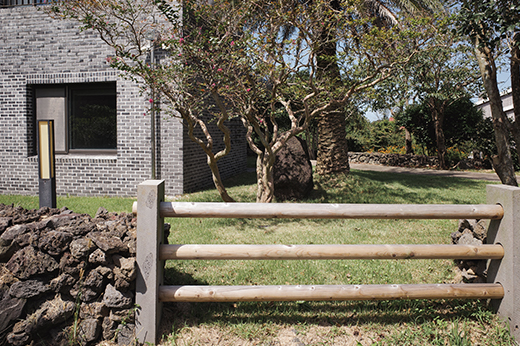 You can enjoy the natural beauty of Jeju and the island’s unique vibes all across the museum. ©Park Doosan 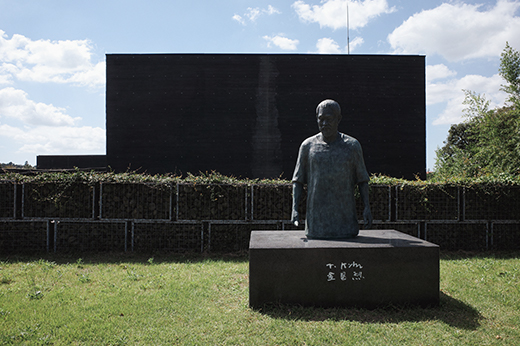 To visit, Kim Tschang-Yeul Art Museum Jeju, you must make reservation at least a day in advance. You can buy tickets at the door but access may be limited. Docent tours are available starting at 11 a.m., 1:30 p.m. and 3:30 p.m. For about 30 minutes, you will be briefed on Kim’s life and career and the museum. This is highly recommended. The museum occasionally hosts exhibitions for other artists, too. 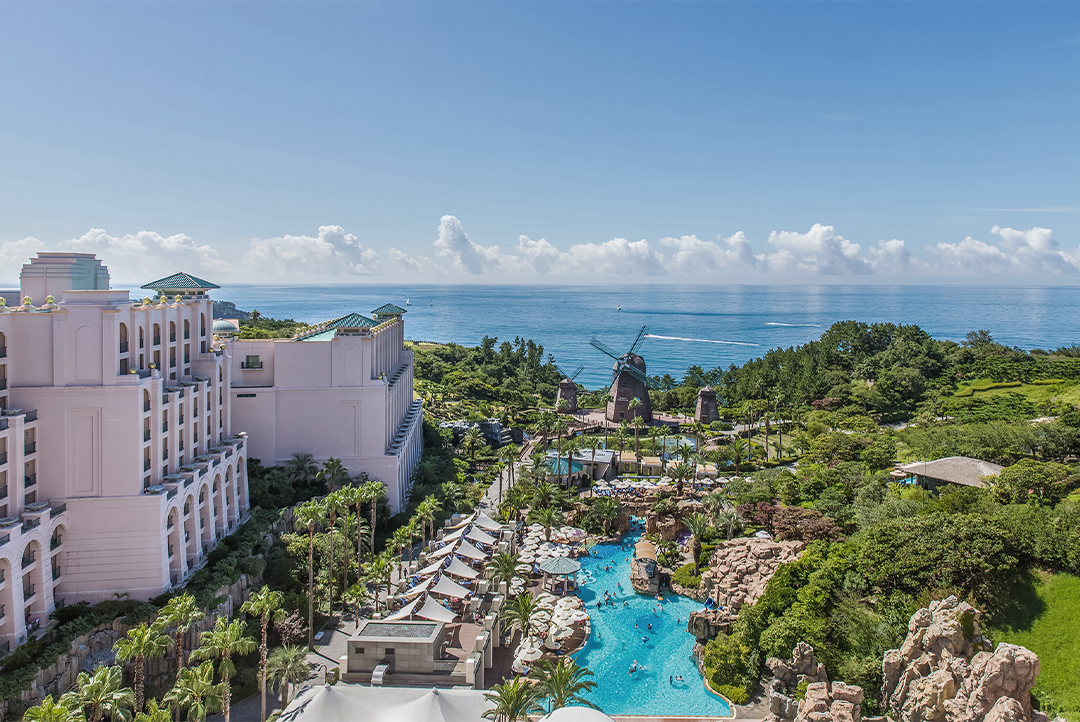