Tapgol Park, the First Urban Park in Seoul
Tapgol Park in Jongno isn’t that big of a park, but it’s a small gem in the heart of Seoul, a historical spot that survived the Japanese colonial period and lived through other significant moments in Korean history. For the millennials, Gwangjang Market, Tapgol Park and the term Y2K represent something retro and vintage.
Prior to the COVID-19 pandemic, Tapgol Park, a popular hangout for seniors in the greater Seoul area, used to attract over 2,000 visitors per day. The younger generation refers to cyberspace dedicated to the 1990s and early 2000s culture as “Online Tapgol Park,” such is the symbolism of that park. It’s close to Jongno 3-ga Station, which has three subways lines go through it (Nos. 1, 3 and 5), making it accessible for the seniors from all across Seoul and the surrounding Gyeonggi Province. The park is also surrounded by diners serving meals at round 3,000 won. It’s a great place to kill time and spend a slow day at. 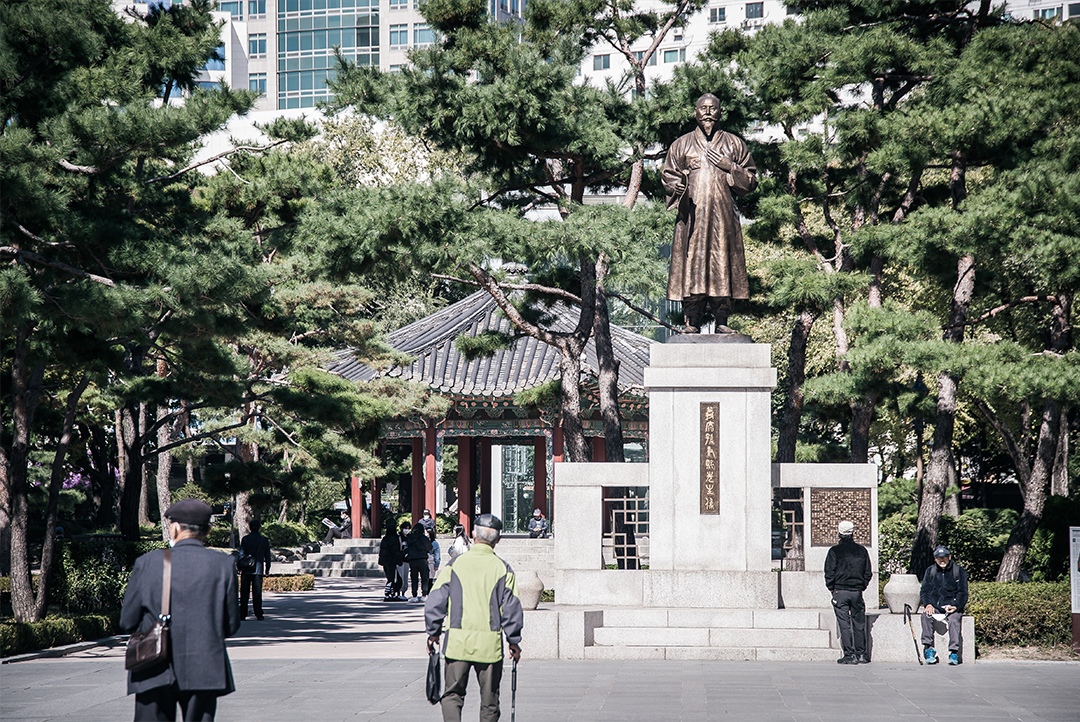 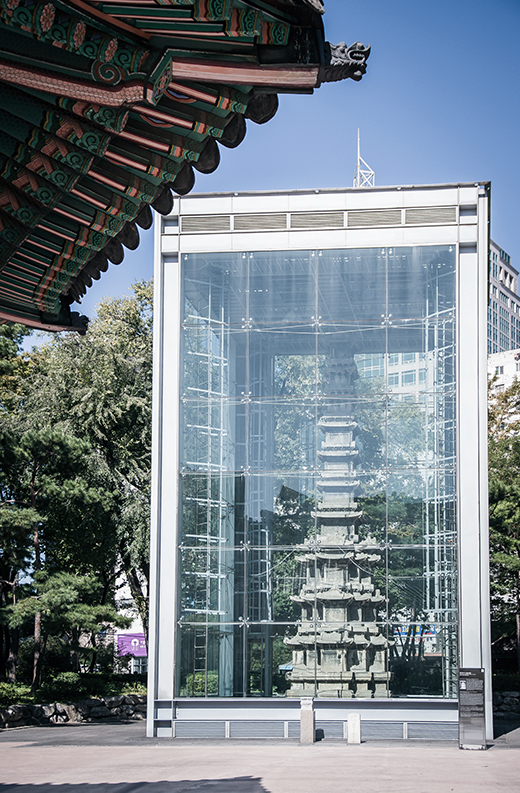 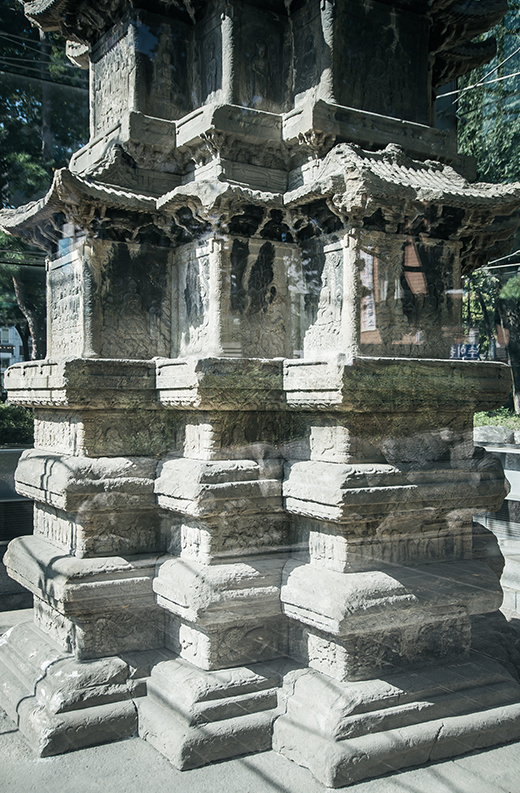 Historical Park
Tapgol Park is Seoul’s first urban park, a fruit of the city’s modernization. The city evolved following the industrial revolution, and people left their hometowns to find jobs in the big city. In the early days, industrial towns looked rather dreary and had high crime rates. And after the Central Park in Manhattan helped solve some of those urban issues, many other industrialized states followed suit and started building their own city parks.
Joseon Dynasty proclaimed the foundation of the Korean Empire in 1897, with an objective of developing into a modern nation, and it started the work on Tapgol Park as Seoul’s first urban park. Per request from the Irishman in charge, John McLeavy Brown, homes around the site designated for park were torn down in 1901, with the walls and the gates going up instead. ‘Pagoda Park’ opened in 1902. 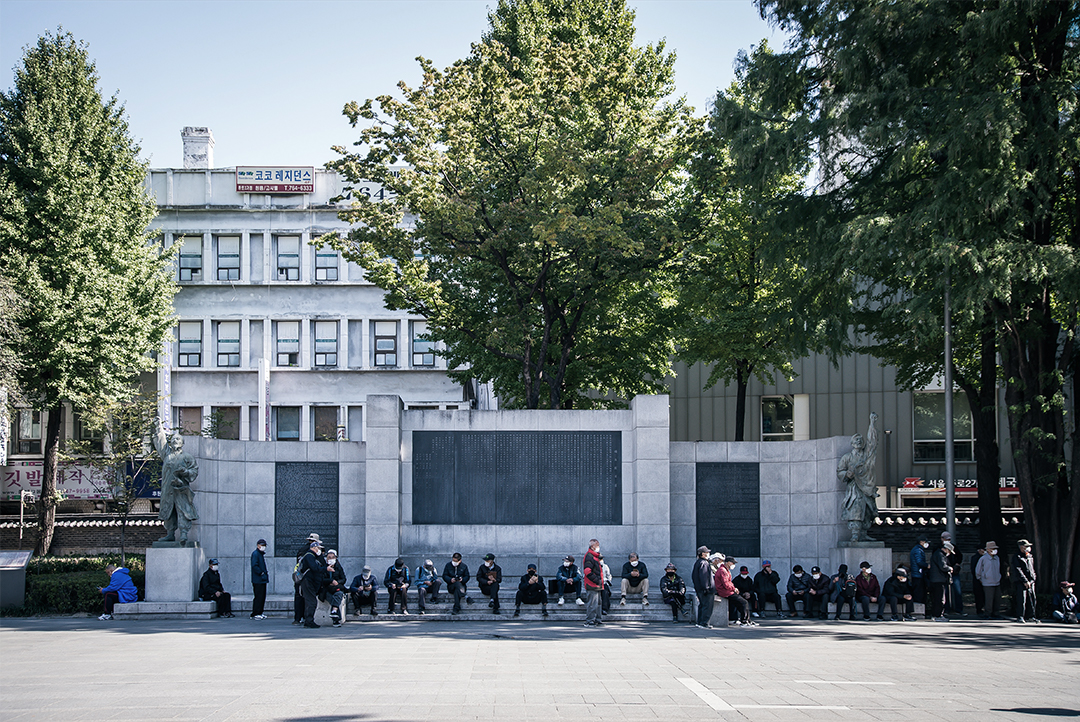 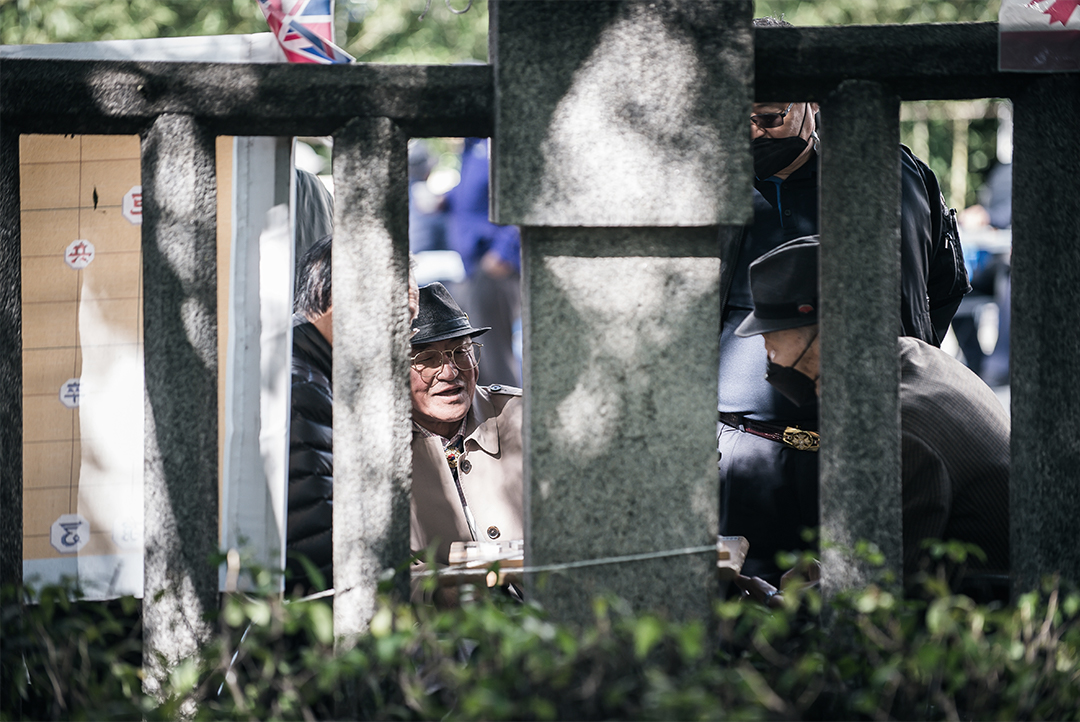 Min Young-hwan, a diplomat who had traveled to Russia in 1896 for the coronation of Nicholas II, stressed the importance of having a military band with King Gojong. In 1900, the Korean Empire had its first military band, with Franz von Eckert, formerly of the Prussian Royal Conservatory, as the inaugural leader. The band’s residence was built to the west of Pagoda Park, and the octagonal pavilion for the band’s performances was also built inside the park. Pagoda Park was closely tied to the modernization of the Korean Empire. It starts with the name. Pagoda is a Portuguese word originating in the Persian term ‘butkadah,’ meaning a tower. That the Korean Empire opted for a Western-style name illustrates its hard push for modernization. The park was designated Historical Landmark No. 354 on Oct. 25, 1991, and was renamed Tapgol Park. The official name today is Seoul Tapgol Park. 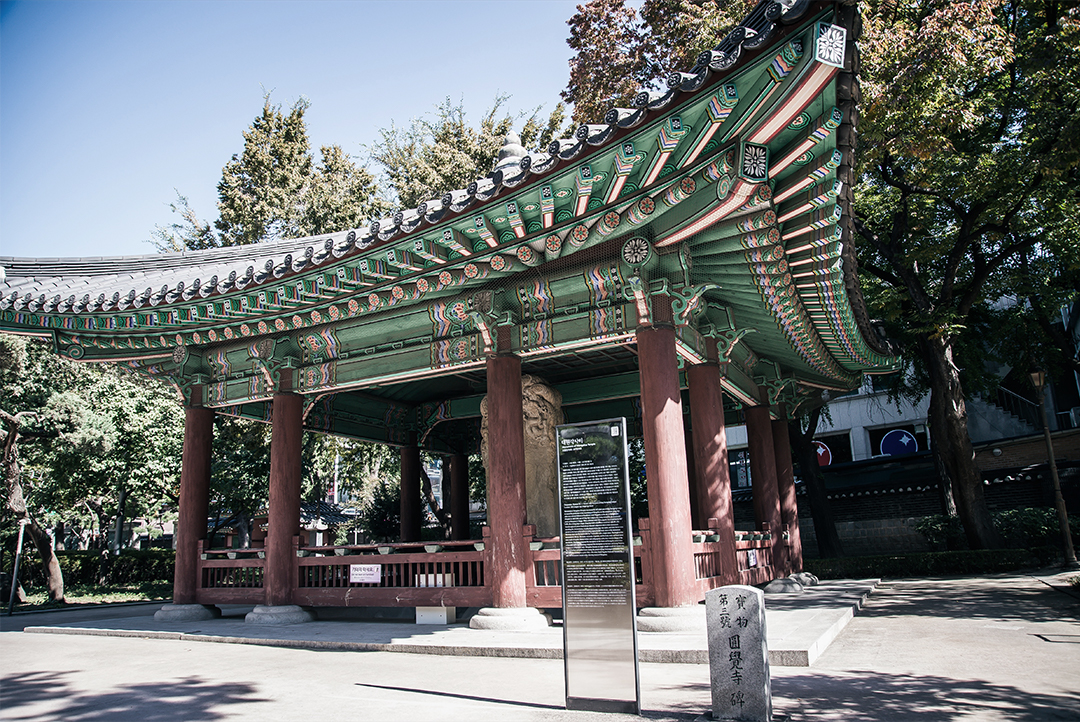 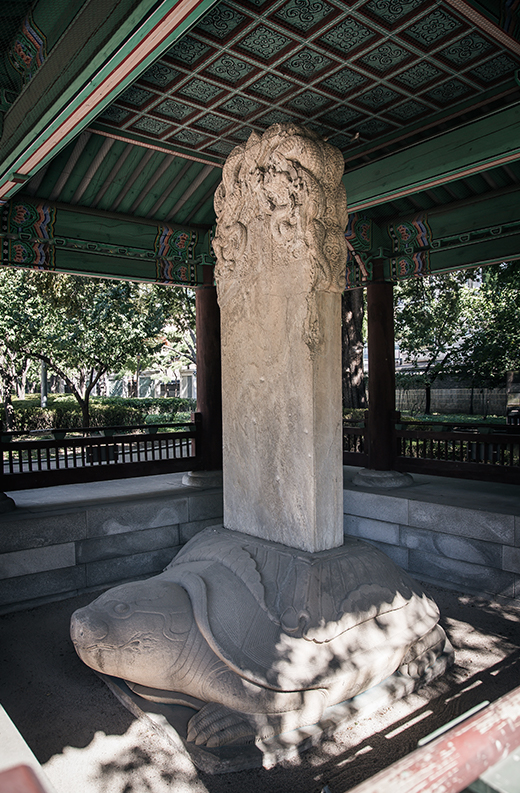 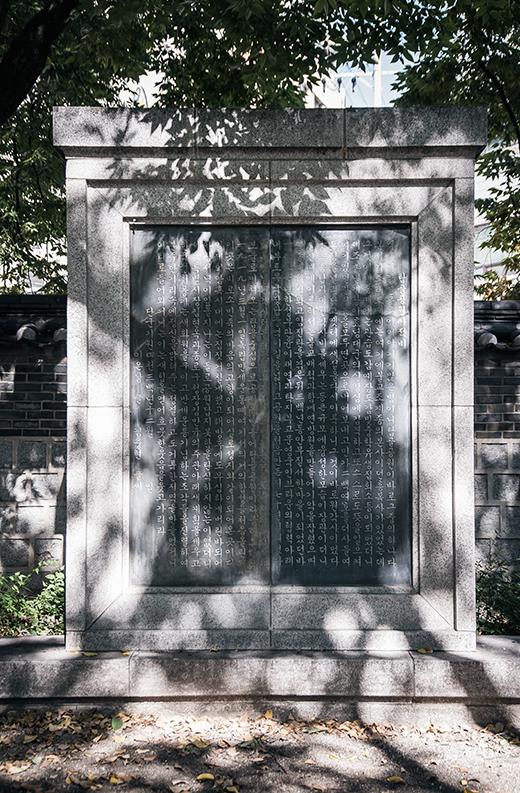 Between Heungboksa and Wongaksa
The land occupied by Tapgol Park was once home to the Buddhist temple named Heungboksa during the Goryeo Dynasty. King Sejo, a devout Buddhist, wanted to build a large temple near the palace, and Heungboksa was just that. In 1464, the king started a major three-year project and renamed the temple to Wongaksa. They gathered 30 tons of copper from across the nation to build the main bell and a high tower. The cremated remains of Buddha and the newly translated volume of Sutra of Perfect Enlightenment were brought in, too.
Jongno literally translates to ‘street with a bell.’ A curfew was in place during Joseon Dynasty, and the four main gates of Seoul were closed at 10 p.m. and reopened at 4 a.m. The ringing of the bell in Jongno signaled those hours. That same bell was lost during the Japanese invasion in 1592. The state was in such a dire financial condition after the war that it couldn’t rebuild the bell. King Seonjo chose to move the bell at Wongaksa to Jongno. The bell lost its sound after surviving several fires, and was donated to the National Museum of Korea in 1988, with a new bell taking its place inside Bosingak. Even after the temple closed, Wongaksa Pagoda remained in its spot. Standing 12 meters high, the pagoda could be seen from afar, since there were no skyscrapers in the vicinity. And it was the rare stone pagoda in Korea built with marble, and it glittered in the sun. People called this just the pagoda or the white pagoda, and the neighborhood came to be called tapgol or tap village, with the word ‘tap’ meaning ‘pagoda’ in Korean. In the late Joseon days, realist scholars such as Park Ji-won organized meetings in this area, and they were collectively called the ‘white tower school.’ 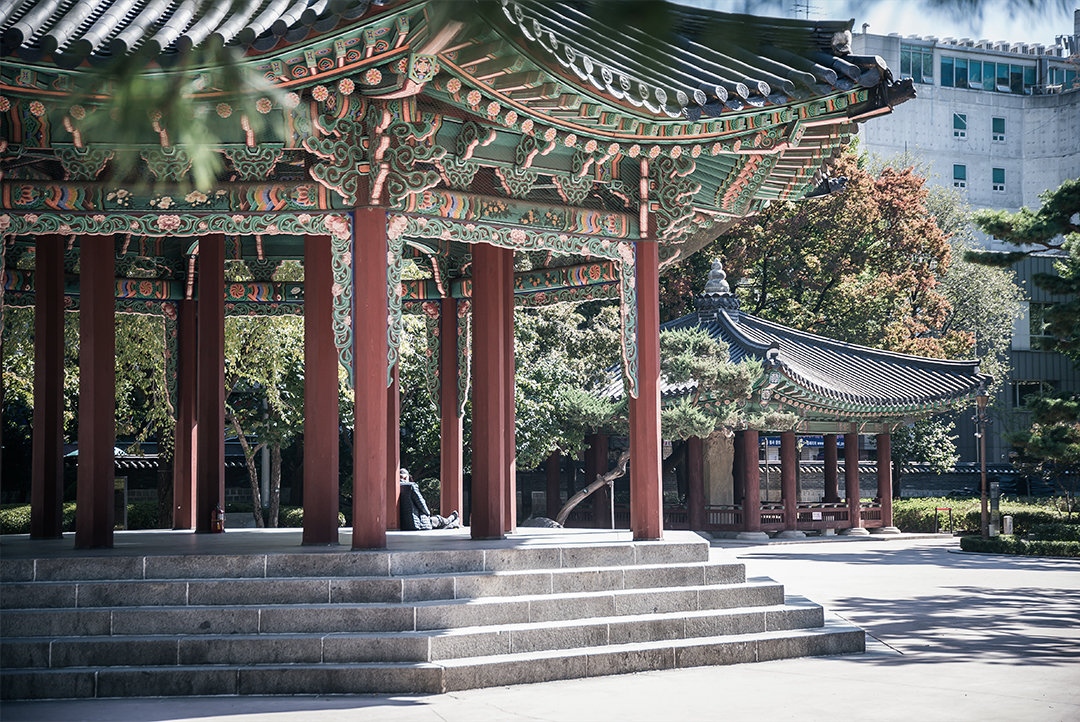 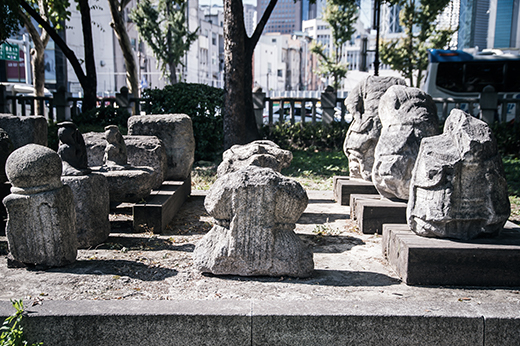 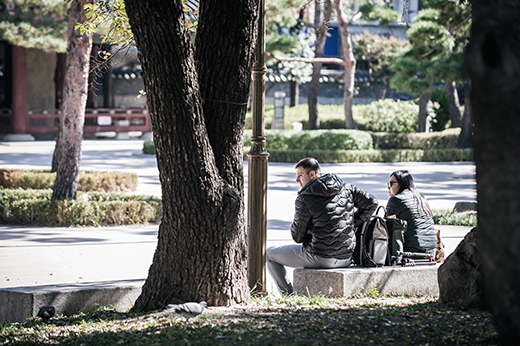 Site of March 1 Independence Movement
On Jan. 21, 1919, Emperor Gojong died suddenly, about 30 minutes after drinking sikhye. According to ‘Diary of Yun Chi-ho,’ Gojong had lost his tongue and all of his teeth, with a long dark stripe running from his neck to abdomen.
His funeral was set for March 3, and independence movement leaders from Cheondogyo, Christian and Buddhist sectors felt this was the perfect time to stage an independence rally, since a lot of people would gather in one place. On March 1, 33 leaders read the Declaration of Independence in Taehwagwan, behind Tapgol Park, and informed Japan of the development. They had planned to do so at the park but fearing a bloody turn of events, they decided to do so at Taehwagwan. Japanese police quickly surrounded the place and took those leaders into custody. The declaration was delivered to the park, and as an unidentified student read it at the pavilion, people across the peninsula made shouts of independence. As you walk into Tapgol Park, the first thing that grabs your attention is the statue of Euiam Son Byong-hi. The leader of Cheondogyo was an integral member of the group that led the independence movement. He has a well-deserved place inside Tapgol Park. 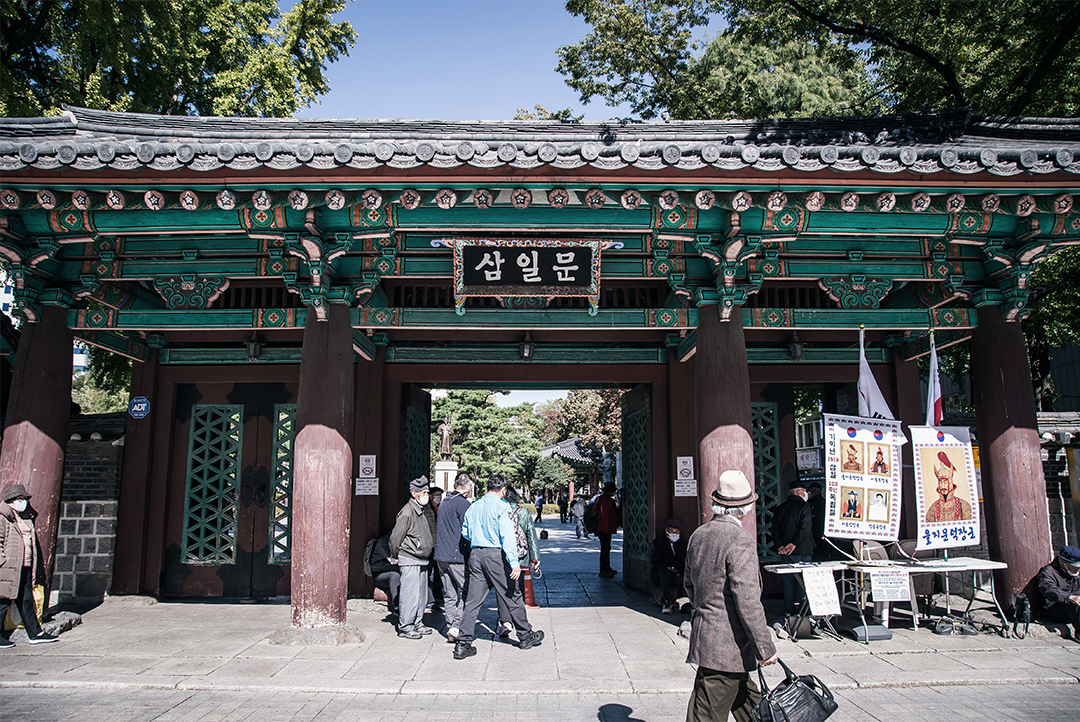 The sign reading ‘Samilmun’ adorns the main gate of Tapgol Park. ‘Samil’ in Korean translates to March 1, and the sign is a reference to the independence movement that began at the park on that day. The sign went through three changes since Korea’s liberation. Right after the liberation, the one written by the calligrapher Kim Choong-hyun hung over the gate. In 1967, with the military government in charge, President Park Chung-hee’s writing replaced the first sign. The current sign was put up in 2003, borrowing the font used in the original Declaration of Independence.
Seniors often gather in small groups underneath the statue for some chat under the warm sunlight. Some just space out, and others play their harmonica. The Declaration of Independence is not too far from where the crowd is. This is why Tapgol Park is a historically important place. On one side, you will see the pavilion and Daewongaksabi, and Wongaksa Pagoda, the National Treasure No. 2, stands in the deepest part of the park, encased in protective glass. 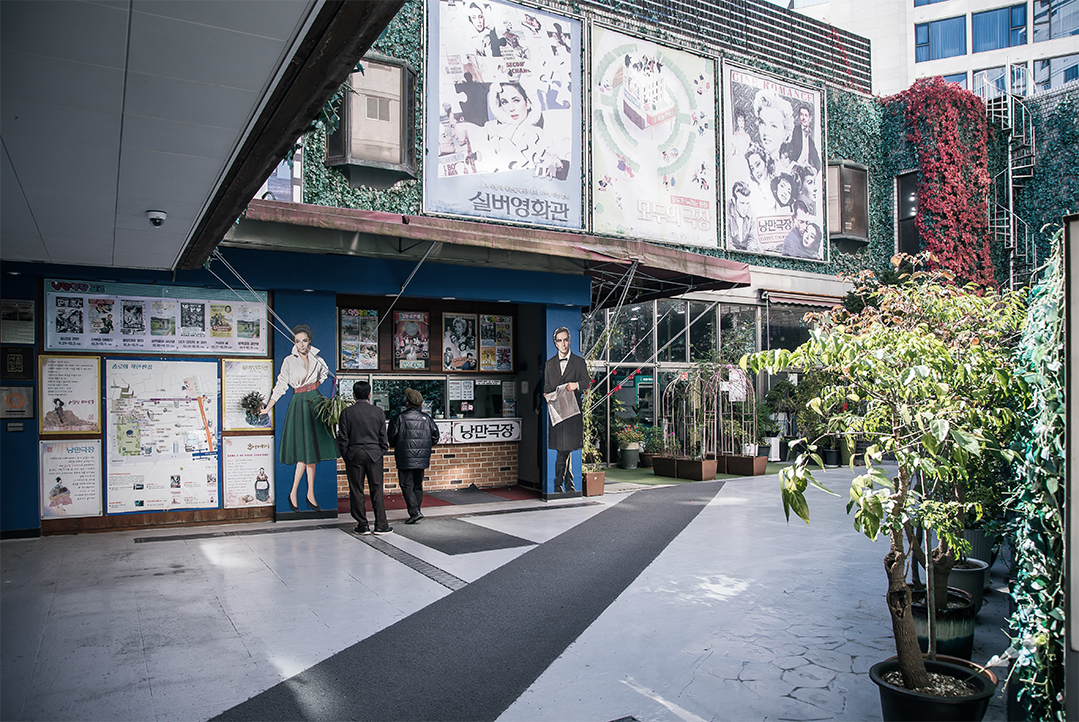 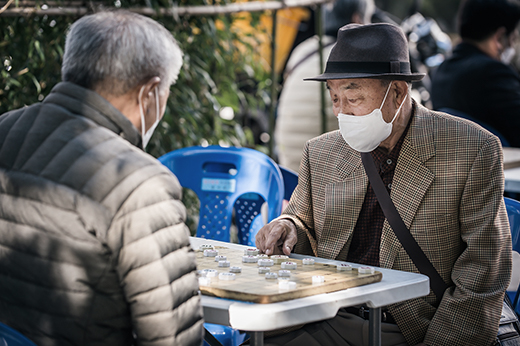 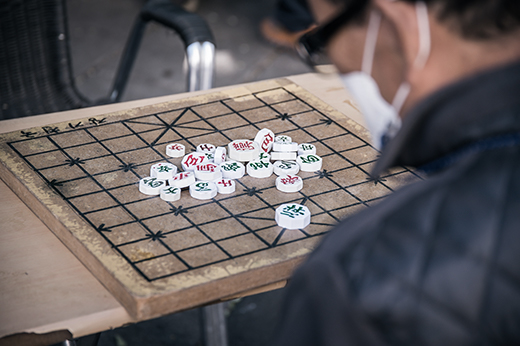 Attractions around Tapgol Park
Nagwon-dong and Unni-dong
If you walk along the wall guarding Tapgol Park, you will find elderly men playing janggi, or Korean chess. They usually put up 1,000 won per match. At the adjacent Jongmyo Park, people mostly play baduk (go). The old Hollywood Theater at Nagwon Arcade has since turned into Silver Cinema, showing some classic films for a trip down the memory lane for older moviegoers. Diners around the arcade exude so much warmth. Past the arcade and toward the north side, you will find the Cheondogyo Central Temple to the left. Built in 1921, the temple carries great historical significance. Adorned with patterns of birth trees and mugunghwa flowers, the building also reflected the national sentiment of its time. It’s also fun to follow traces of Bang Jeong-hwan, the son-in-law of Son Byong-hi. Across from the Cheondogyo temple stands Unhyeongung, the residence of Daewongun. As you walk on streets in the area, you will find signs indicating sites for Gaebyeoksa, Seobuk Hakhoe (North-West Academic Association) and Joseon Geonguk Dongmaeng (Korean Nation-Building Union). 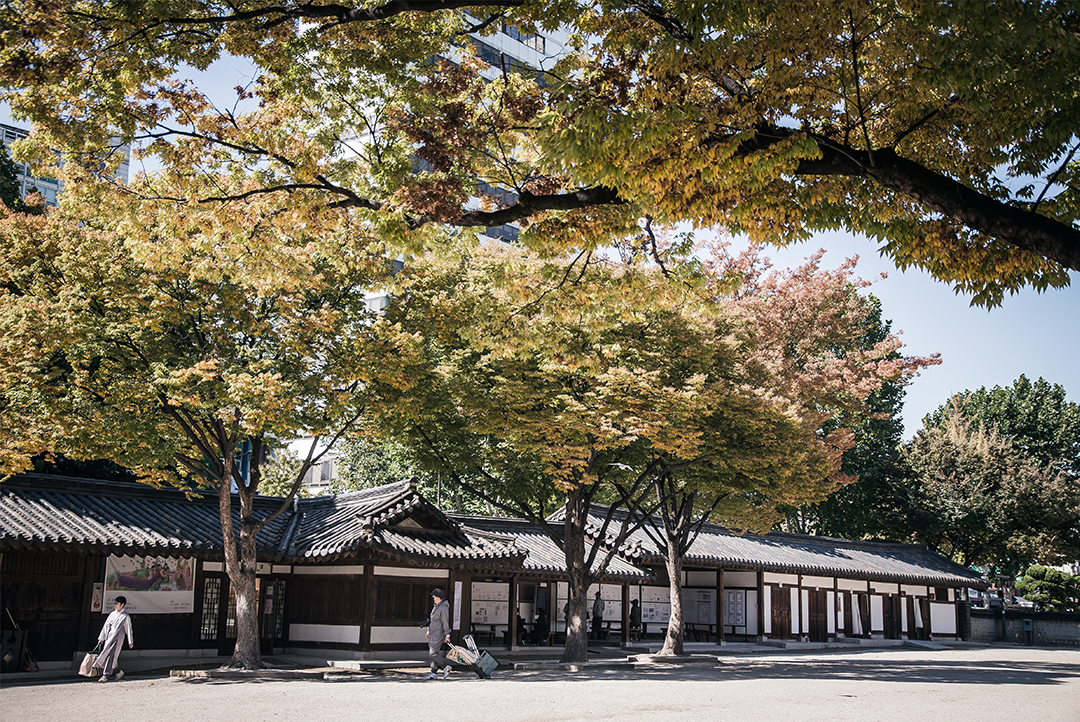 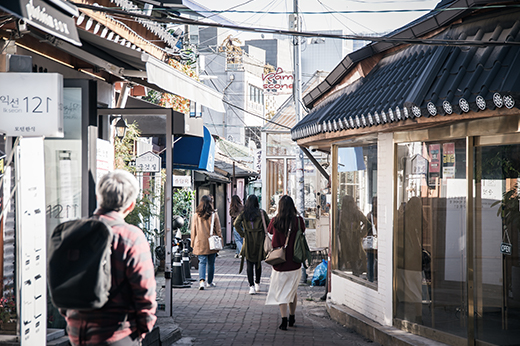 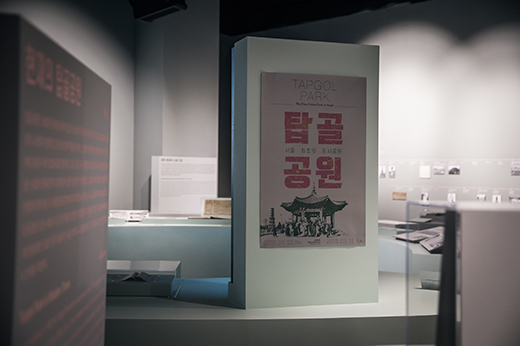 Ikseon-dong
If you make a right turn at Nagwon Arcade instead of going straight, you will arrive at the Agujjim Alley, with a cluster of place serving spicy anglerfish. But if you’d rather dine in a more youthful and hip neighborhood, Ikseon-dong is the place to be. It can be reached after walking through the Agujjim Alley. Ikseon-dong is full of trendy restaurants and cafés housed in hanok. There is no shortage of options, from bakeries and Korean restaurants to Western-style diners, snack bars and pubs. And if you want to learn more about Tapgol Park, you can walk back toward Jonggak. Gongpyeong Historic Sites Museum will run ‘Exhibition Tapgol Park’ through March 2023. 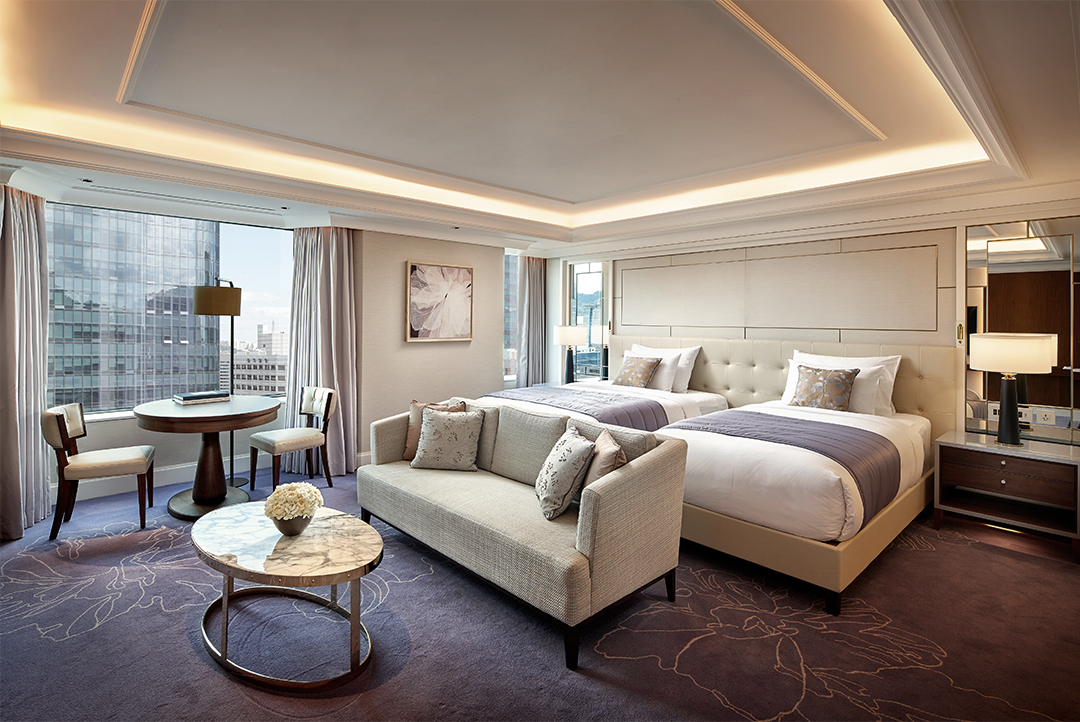 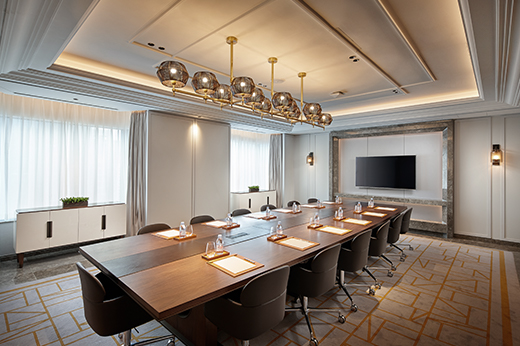 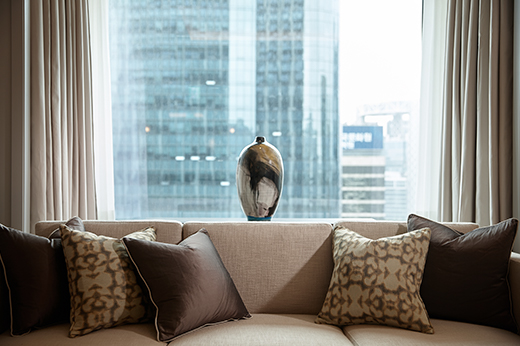