Celebrating Christmas in New York
There are too many films or songs set in Christmas to count. From romantic carols playing in the background to the gorgeous Christmas Tree Lighting at Bryant Park, and from the famous ice rink to the crowd in the heart of Times Square, New York, as clichéd as it may be, is still the first city that comes to mind when you think of Christmas.
The pandemic may have slowed things, but Christmas is still America’s favorite holiday. And December 2022 promises to bring back celebrations that had to be held back the last couple of years due to the pandemic. Mariah Carey, the queen of Christmas, will have a Christmas show in December in the Big Apple.
So just what will Christmas look like in New York? 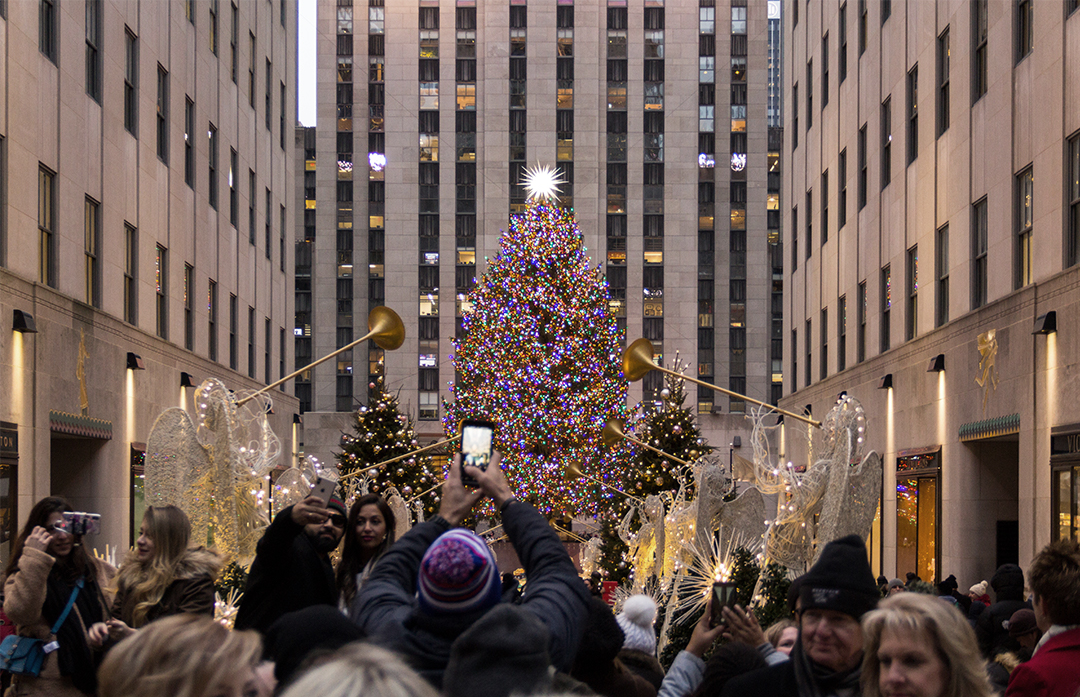 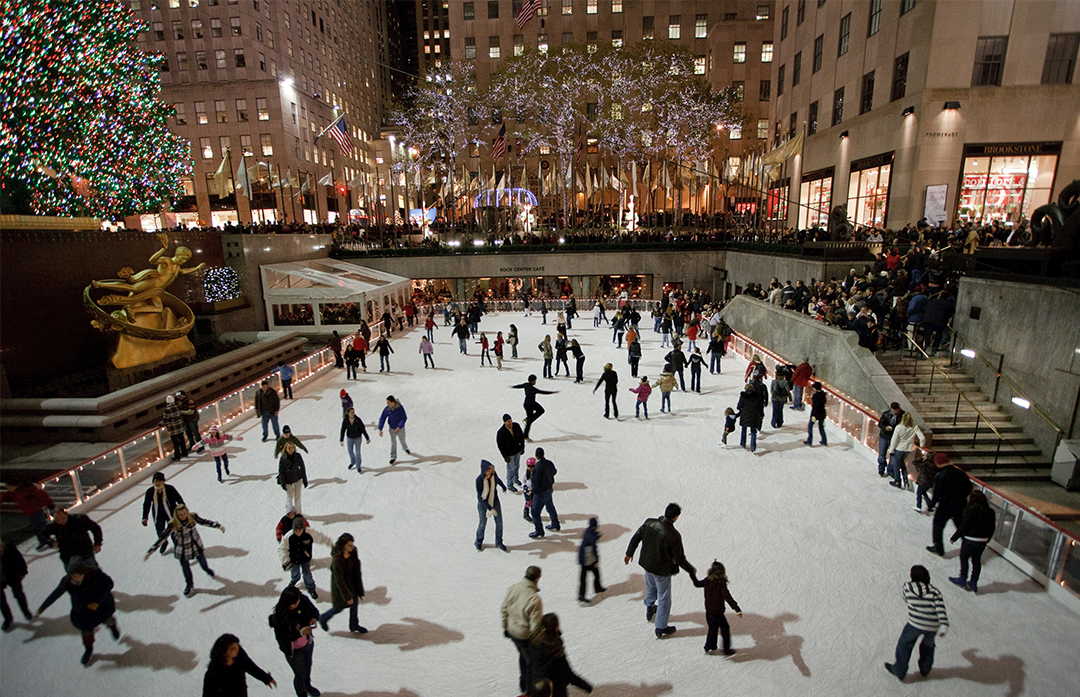 Christmas Tree at Rockefeller Center
When films or TV shows capture New York at the end of the year, there are a few can’t-miss spots. Rockefeller Center, home to a large, colorful and extravagant Christmas tree every winter, is among them, along with Times Square, which hosts the countdown event on New Year’s Eve. The lighting of the tree and the countdown to the new year have been annual traditions for decades, save for the last couple of years during the pandemic. And the tree lighting at Rockefeller Center, held on Nov. 30, is one of the largest events taking place in New York in winter. The tree is absolutely massive. It stands over 20 meters tall, and is wrapped with over 50,000 LED lights. The wire stretches for over 8 kilometers. The tree stays lit from 6 a.m. to midnight every day, and it stays on for 24 hours on Christmas Day. To get a closer look during the lighting ceremony, you have to get in line early in the morning. The dinner gala at the lighting ceremony, pairing gourmet food with the holiday festivities, is quite popular. 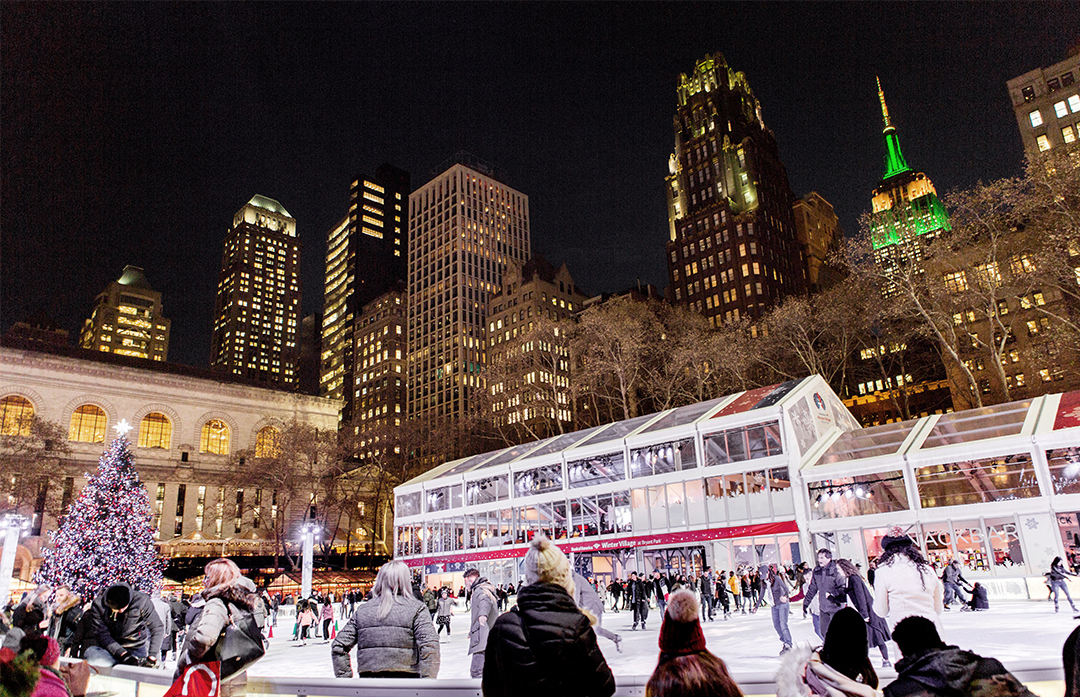 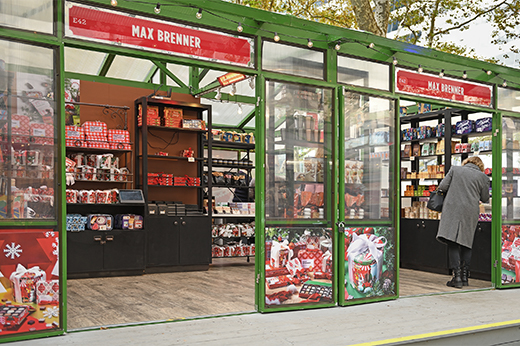 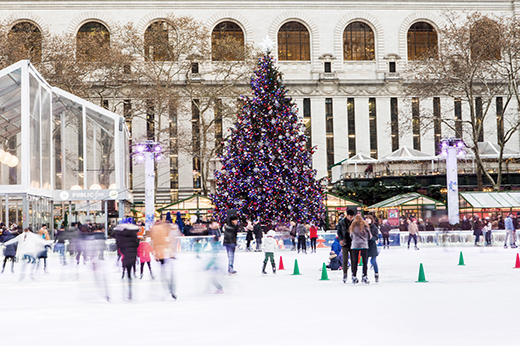 Christmas Starts at Markets
Christmas markets in New York are so famous that you can even sign up for walking tours of those places.
The Bryant Park Winter Village opens first and also stays open the longest among holiday shops in New York. Some 120 stores there open for business around the end of October each year, and New Yorkers buy their Christmas accessories and decorations there. And Winter Village is also well known for its ice rink. The rink at night, beautifully illuminated in late hours, is a popular spot for films. It stays open until 10 p.m. during the winter season, and until midnight on weekends.
The Columbus Circle Holiday Market is another main attraction. Located to the west of Central Park, this place sells woodcraft souvenirs, Christmas chocolates and other gift items. Gingerbread cookies and cakes are among the popular Christmas desserts. This market stays open from late November to Christmas Eve. The Union Square Holiday Market is also a popular spot. This year, about 200 vendors will set up shop, selling clothes, accessories and handicrafts. But nothing beats soups and hot chocolate there. Try sipping at soup on a snowy day. You will find yourself feeling jealous of New Yorkers who get to enjoy this every winter. 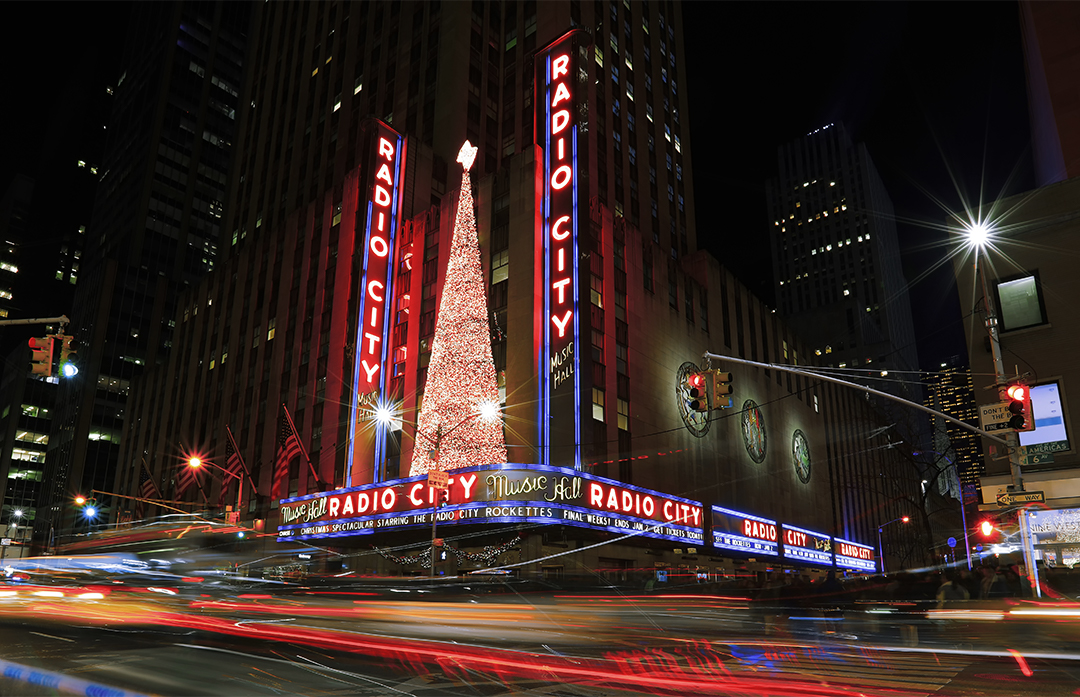 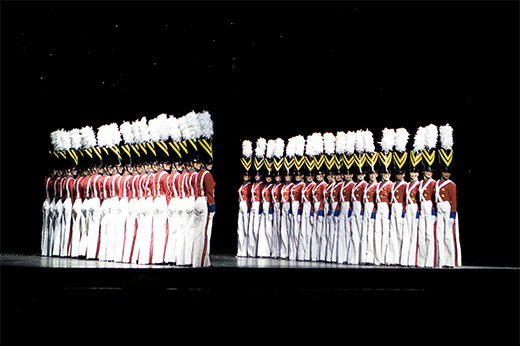 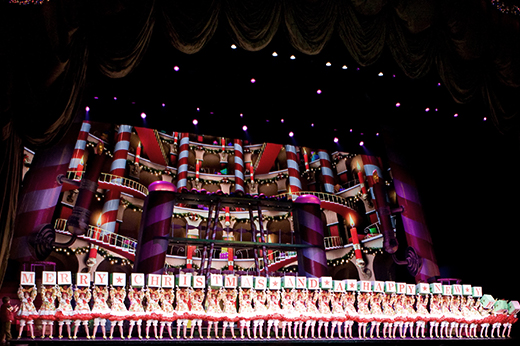 Fun Shows Are Back in Town
New York is a city of performances. From street shows to performances at Broadway theaters or in and around parks, it’s never hard to find shows in the Big Apple. The pandemic took the air out of the city for a while, but fun will be back in town this year. Mariah Carey’s concert is the most anticipated show for the Christmas season. She will first perform in Toronto on Dec. 9 and then take Madison Square Garden in New York on Dec. 13. The shows are aptly titled, <Merry Christmas To All>.
The Radio City Music Hall in Rockefeller Center shines brightly in winter. The venue where Frank Sinatra performed his iconic hit ‘New York, New York’ for the first time hosts <Christmas Spectacular> every winter. It’s the title of the annual show by the Radio City Rockettes, the theater’s precision dance company, and the performances cover the Nativity, Nutcracker and the story of the Santa Claus, among other topics. This is the most in-demand show for many travelers to New York at the end of the year. 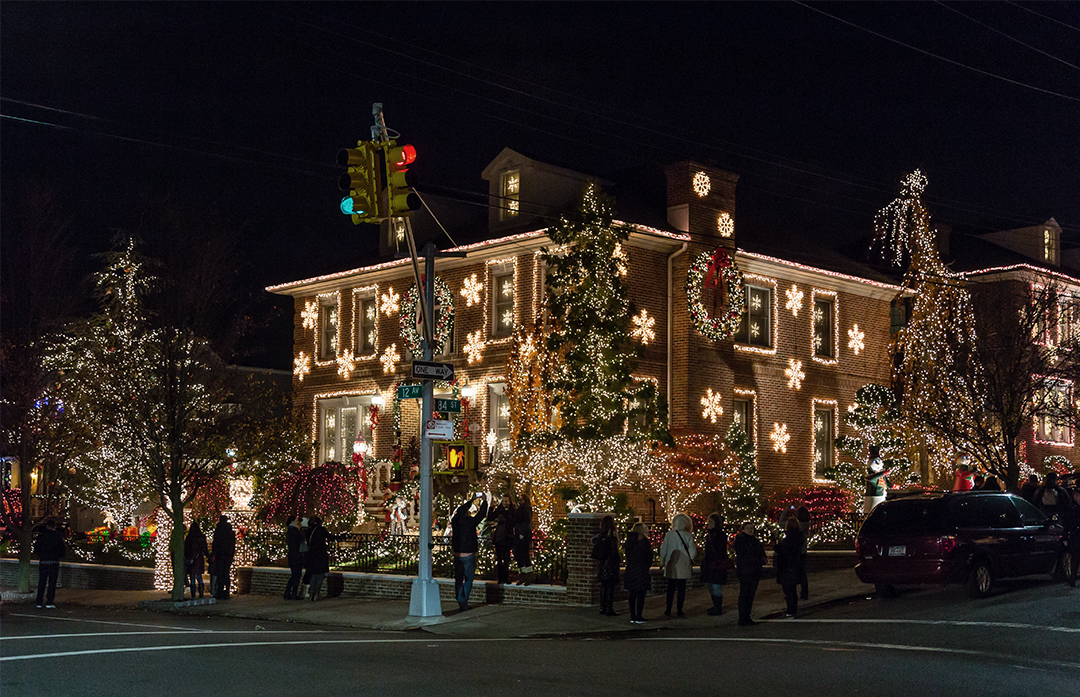 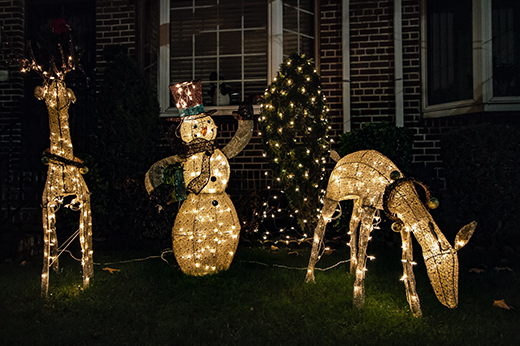 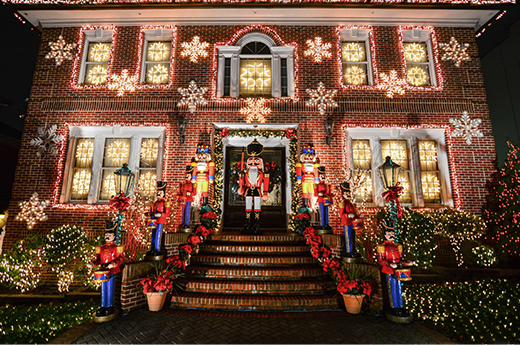 New York Homes, Filled with Christmas Lights
It isn’t only in the heart of downtown that you can enjoy the romantic Christmas vibes. Dyker Heights in Brooklyn serves as proof that you can set up beautiful Christmas lights in a quiet residential area. It was recently selected as the neighborhood with the best Christmas decorations in America. You can even sign up for a one-day tour package during the Christmas season.
Dyker Heights is about a 30-minute subway ride from Times Square. You will run into other tourists taking in over-the-top lights and decorations while listening to carols or watching Christmas scenes from films. How did residents in this neighborhood come up with the idea of turning Dyker Heights into a Christmas village? At first, people just bought or rented lights and other installations on their own. Some even hired design firms, so serious and dedicated they were to decorating their homes. The town has grown so popular that Christmas light manufacturers and design companies now offer sponsorship deals to residents. The toy soldiers from the Nutcracker and 20 or so figures based on the Charles Dickens classic <A Christmas Carol> are the most famous ones. 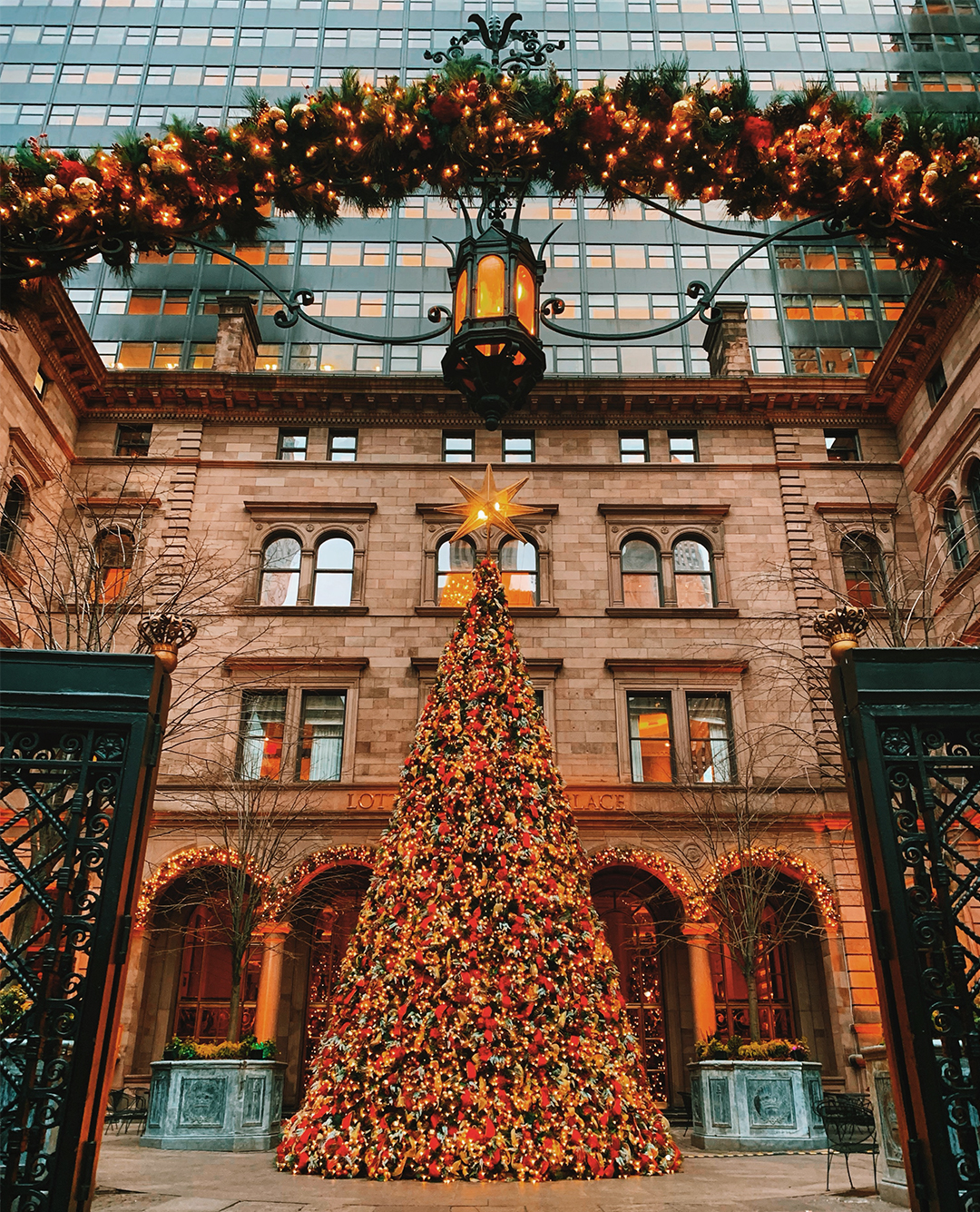 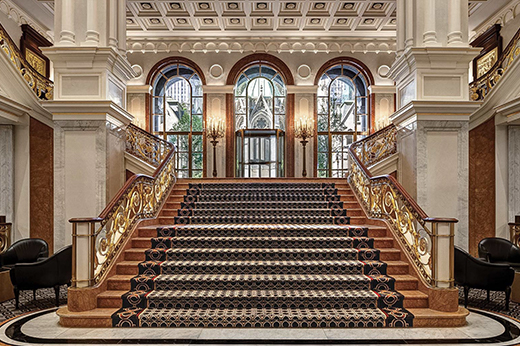 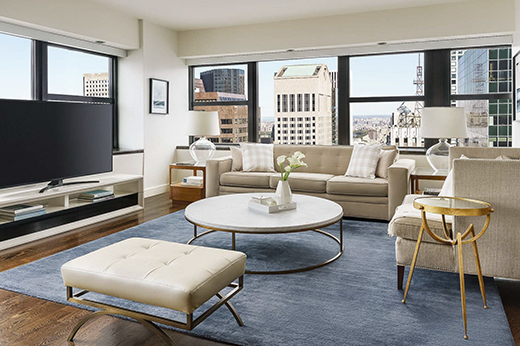 To Enjoy Christmas in New York: LOTTE NEW YORK PALACE
<Forbes> magazine listed five hotels with the most beautiful Christmas trees, in a story title ‘Stunning Hotel Christmas Trees>. LOTTE NEW YORK PALACE was one of them. Standing about 11 meters tall, the tree at LOTTE NEW YORK PALACE features spectacular decorations and twinkling stars that shine even more brightly under lights.
LOTTE NEW YORK PALACE is housed in the late 19th-century mansion built by the financier Henry Villard, while also featuring a 55-story modern tower. It has appeared in popular U.S. TV show <Gossip Girl> and several other films, and has become a must-stop destination in New York. It has 909 rooms, with a beautiful courtyard inspired by the 15th-century Italian cathedral, restaurant Villard, luxury salon Rarities, and cocktail bar Trouble’s Trust.