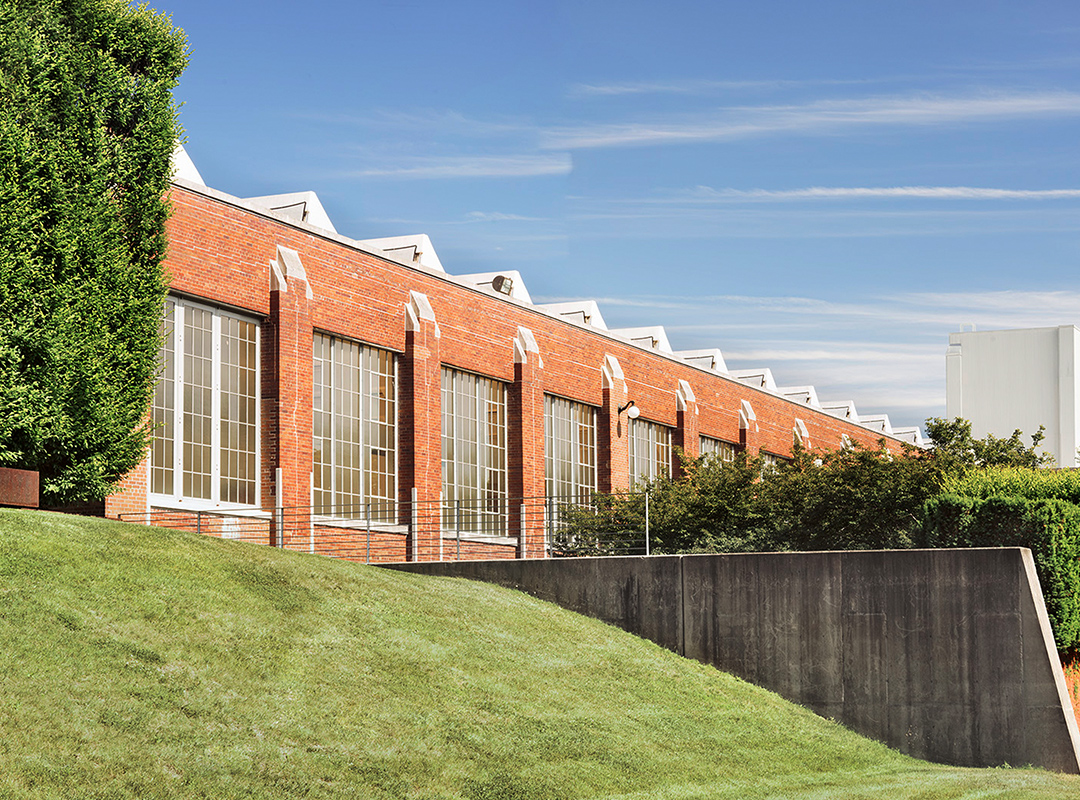 Dia:Beacon provides its visitors with a chance
to meet and appreciate artworks outside the box of stereotypical art museums. 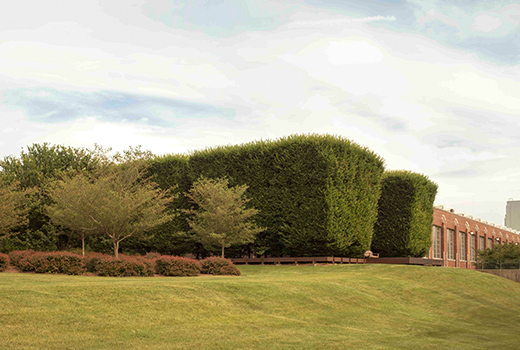 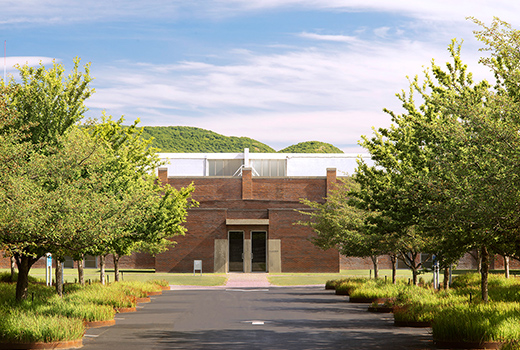 Everything is big
The factory house, built with bricks and steel following the early 20th-century industrial architecture style, has retained the exterior and high ceiling to transform into an impressive space for exhibition. First-time visitors to Dia:Beacon are often taken by surprise by its scale. It's not just the building. Artworks on display also defy commonality with their dimension. The exhibition halls span approximately 22,296 square meters, almost similar to the lot of National Museum of Modern and Contemporary Art, Seoul. It is currently featuring works by about 20 iconic artists. Many of them are long-term exhibits boasting massive sizes that are suitable for outdoor installation. 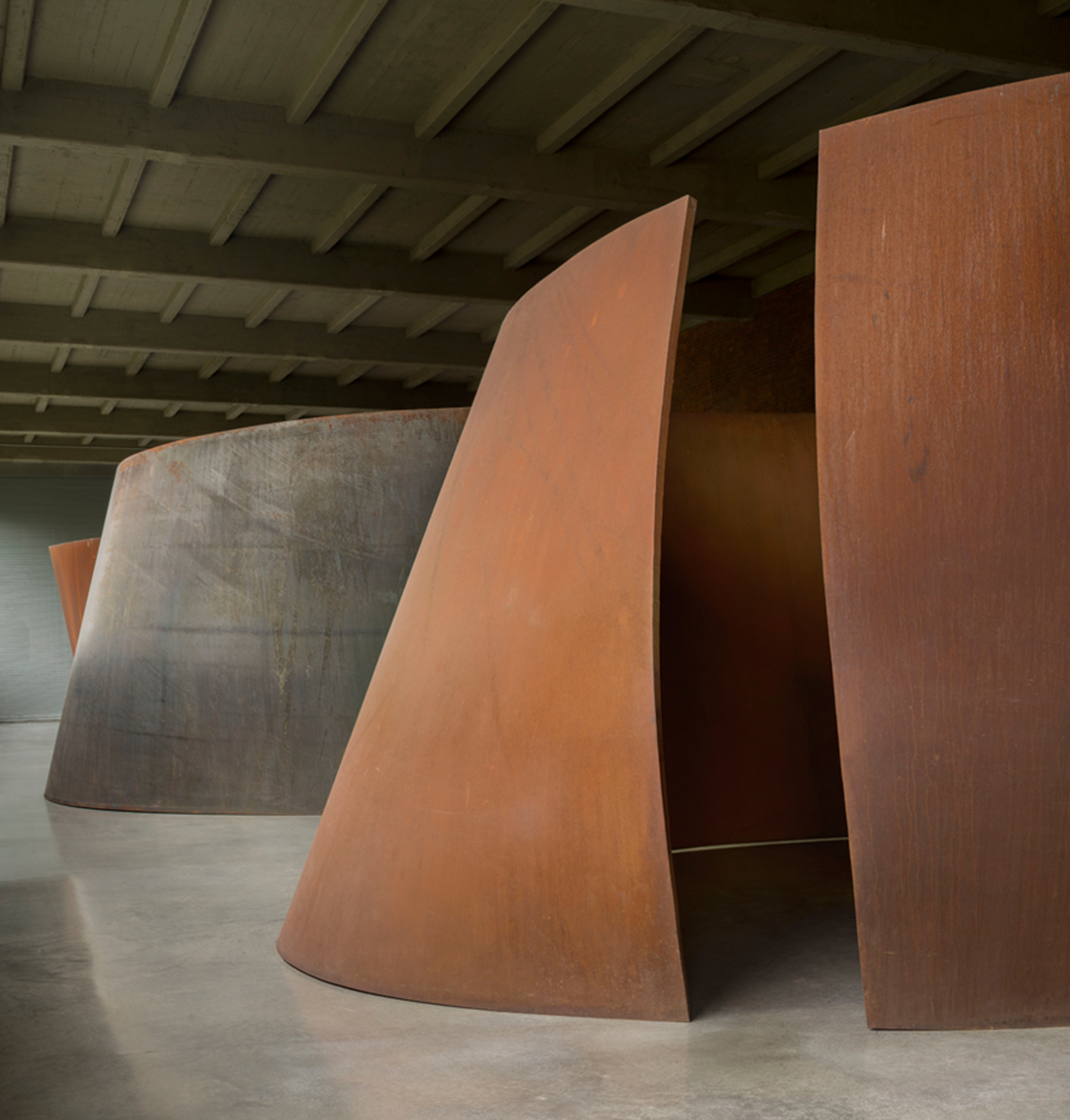 The most dominating display is, without doubt, a project by Richard Serra--the first-ever one to be put on view after the gallery opened. Serra's use of thick steel plates resulted in a dramatically raw and colossal installation. Titled 'Torqued Ellipses,' Serra's rolled steel plates taken from oil tanker remnants span 4.27 meters in width and over 8 meters in height, making it a challenge for viewers in close proximity to properly enjoy the art. People often choose to walk into the dark chasm created by rusty steel walls or simply walk alongside them. In fact, it is easier to experience than to appreciate the gigantic sculptures. 'Maman,' a monumental spider sculpture by Louise Bourgeois whose surrealistic and unparalleled works helped shape the world of contemporary art, also dwells in Dia:Beacon. These ultra large-size artworks on permanent display are what makes Dia:Beacon a one-of-a-kind space in the art circle. 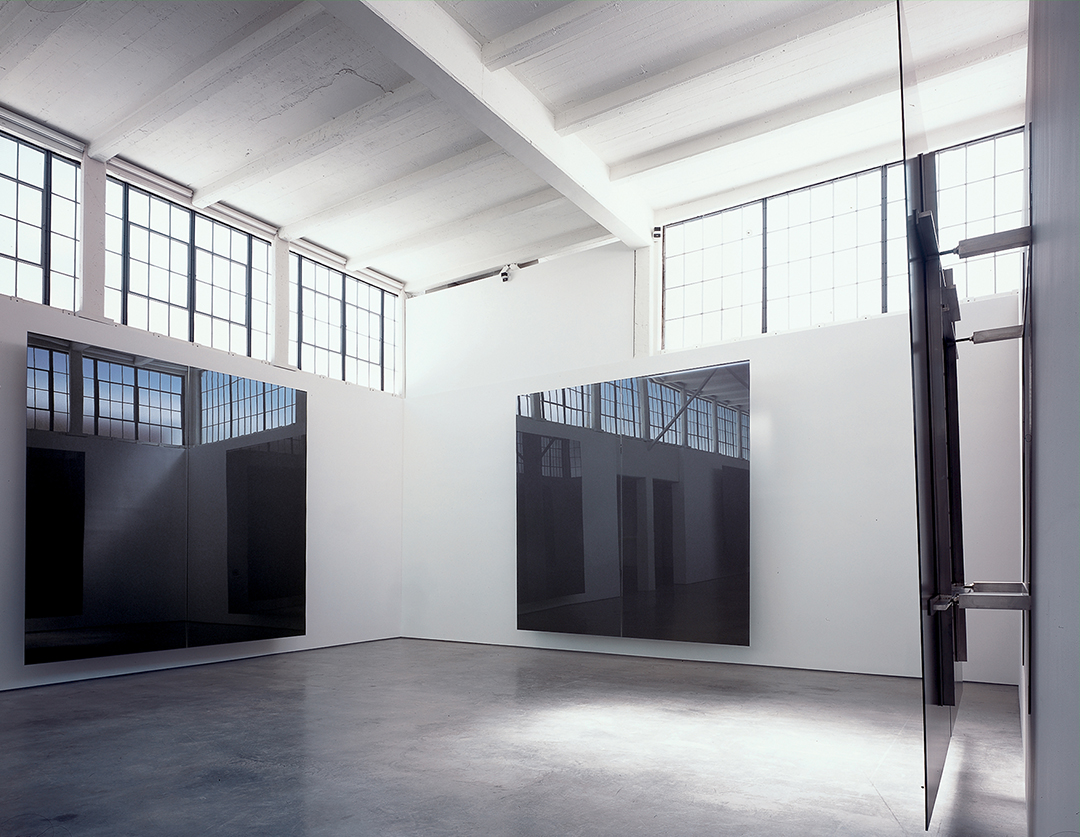 Tailored space for artworks
All artworks on view at Dia:Beacon are carefully placed, taking into consideration each artist's unique characteristics and the gallery's spatial advantages. The exhibition rooms minimize the dependence on artificial resources including lighting while relying on natural elements as much as possible. It is why the gallery has its open hours end by sunset. The goal is to offer visitors a chance to understand artworks as intended by their creators without distortion. It also leaves a room to rethink the existing views on artists and their creations.
In the meantime, one of the noteworthy examples of a space tailored for artworks is the exhibition room of Michael Heizer, who is famous for his collection of Land Art. Heizer forms geometric shapes on land by either digging out earth or putting large stones in the grooves he's dug. 'North, East, South, West' in Dia:Beacon is four massive pits on the floor of the room in the forms of two stacked cubic forms, a cone, a triangular trough, and an inverted truncated cone. The pits are dangerously deep that viewing requires accompanying a gallery guide in case someone accidentally falls into one.
The gallery presents works by Minimal Art pioneer Dan Flavin who used neon tubes and fluorescent light to redefine the space. Along with Flavin's works, Dia:Beacon also customized its space for Francois Morellet, a prolific French painter and sculptor. The museum's expansive lower-level gallery was used to feature his geometric abstract art. 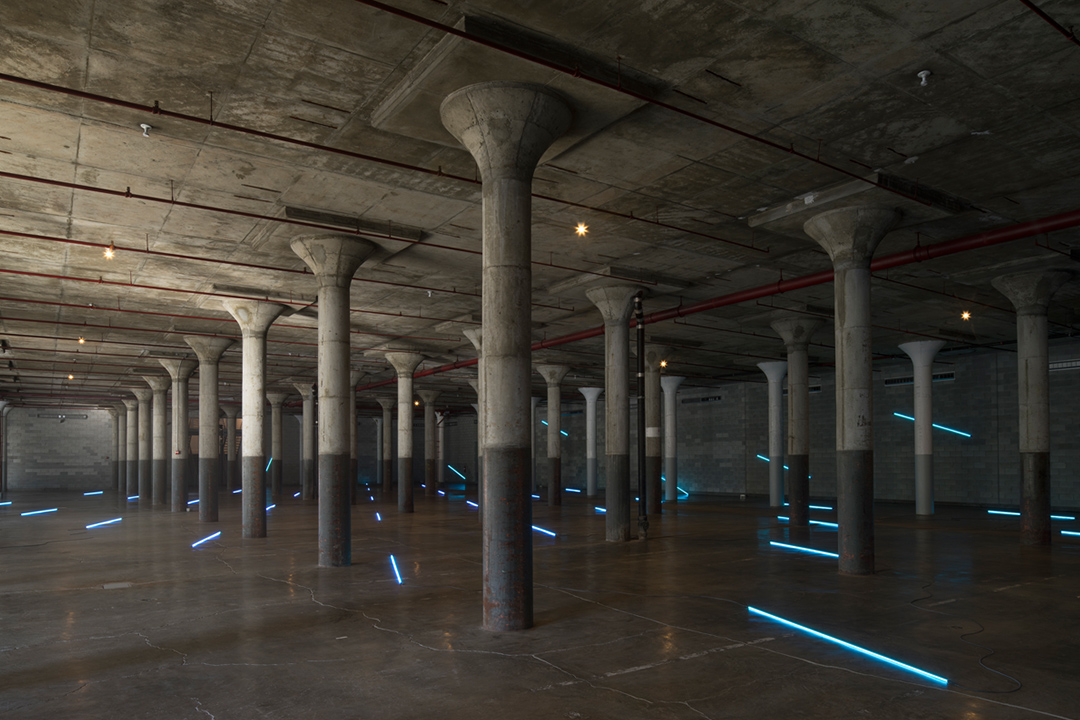 Insight of Dia Art Foundation
Established in 1974 by Philippa de Menil, Heiner Friedrich, and art historian Helen Winkler, Dia Art Foundation is one of the world's top players in contemporary art. The goal of the foundation is to help artists to create works without worrying about the spatial limitations, and it has been supporting the growth of contemporary art by sponsoring the artists selected by the foundation or directly buying their artworks. A majority of works on display at Dia:Beacon are from the foundation's own collection that began in 1960. In other words, visiting Dia:Beacon is the best way to understand the philosophy and insight of Dia Art Foundation.
Dia Art Foundation is known for its ownership and management of some of the representative works of Land Art. Included are 'the Lightning Field,' created in the vast desert of New Mexico and 'Spiral Jetty' by Robert Smithson in Great Salt Lake, Utah. 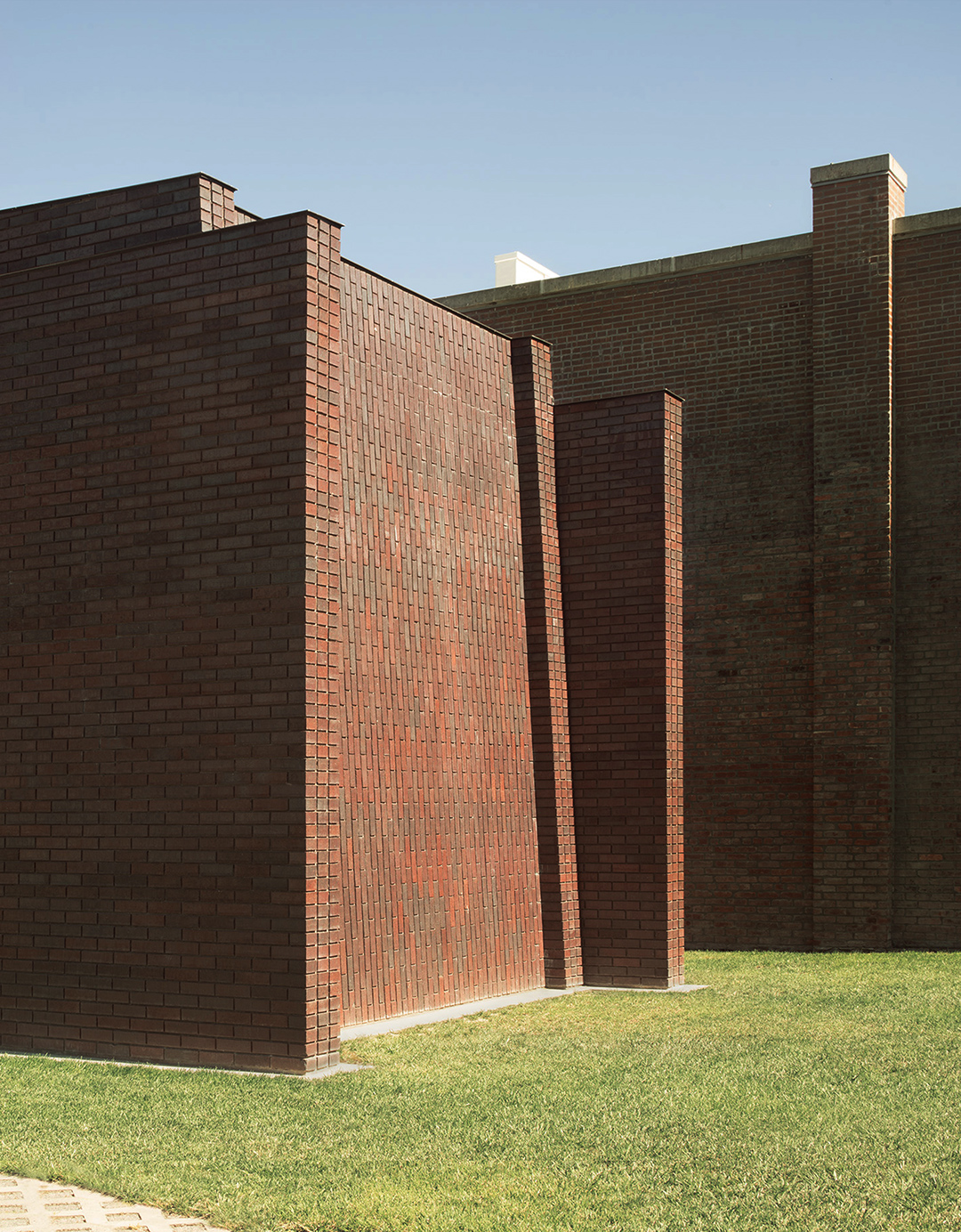 Fresh viewing and reviewing
Dorothea Rockburne, who had a private exhibition at Dia:Beacon in May, 2018, said in an interview: "The way in which life, not just contemporary life takes place, is it’s fast and what beautiful art does is it makes you stop. It changes your time perspective while you’re looking at it. You enter into a different time zone and that is beauty." Although she is talking about beauty, it is often interpreted as an explanation on Dia:Beacon. Without doubt, Dia:Beacon provides its visitors with a chance to meet and appreciate artworks outside the box of stereotypical art museums.