A fantasy that exists
What kind of vitality can a piece of artwork breathe into a desolate city and a ruined building? American artist Doug Aitken invites people into the house of fantasy that he’s created.
There is no one in the street. Graffitis scattered across the city hardly seem to indicate youth or energy. It is difficult to find a large, unoccupied building in a rapidly changing city, but Detroit tells another story. Walking in the downtown of the city, you would run into a set of stairs leading to a giant stone construction that had been deserted for decades. Built in 1900, the building used to be Detroit’s State Savings Bank. It is also a proof of the city’s prosperous past when Detroit stood in the forefront of the American economic boom, producing nine out of 10 cars sold in the United States. Since then, the old construction has shared the city’s face as its industry lost steam. Having survived a risk of demolition in 2013, the building was purchased by Bedrock, a local real estate development company in 2014, without any plan or purpose. 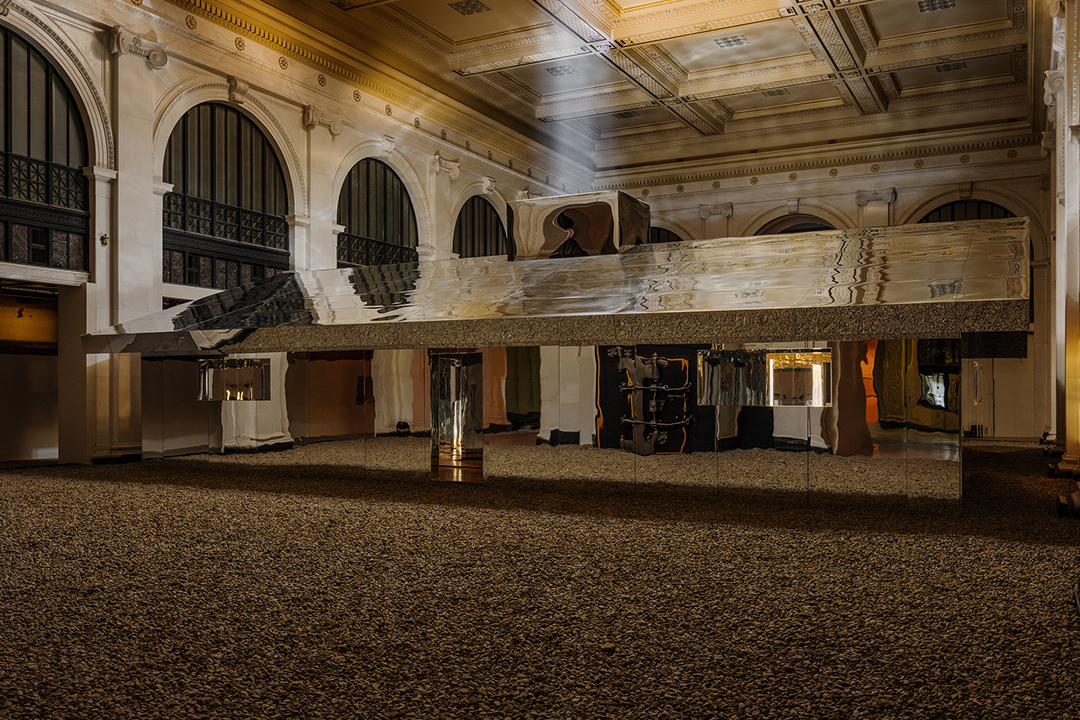 Located inside the old savings bank, ‘Mirage Detroit’ is a life-size pavilion wrapped entirely with mirrors. The installation stands in the dark room inside the vaulted space held up by Romanesque pillars. Created by Los Angeles-based artist Doug Aitken whose works encompass a wide range of media, such as video, sculpture and photography, the shiny structure virtually plays the role of a heart pumping new blood to the archaic construction.
‘Mirage Detroit,’ clad in mirrors reflecting everything that surrounds the structure from every angle, seems to reveal the past glories and history of Detroit. 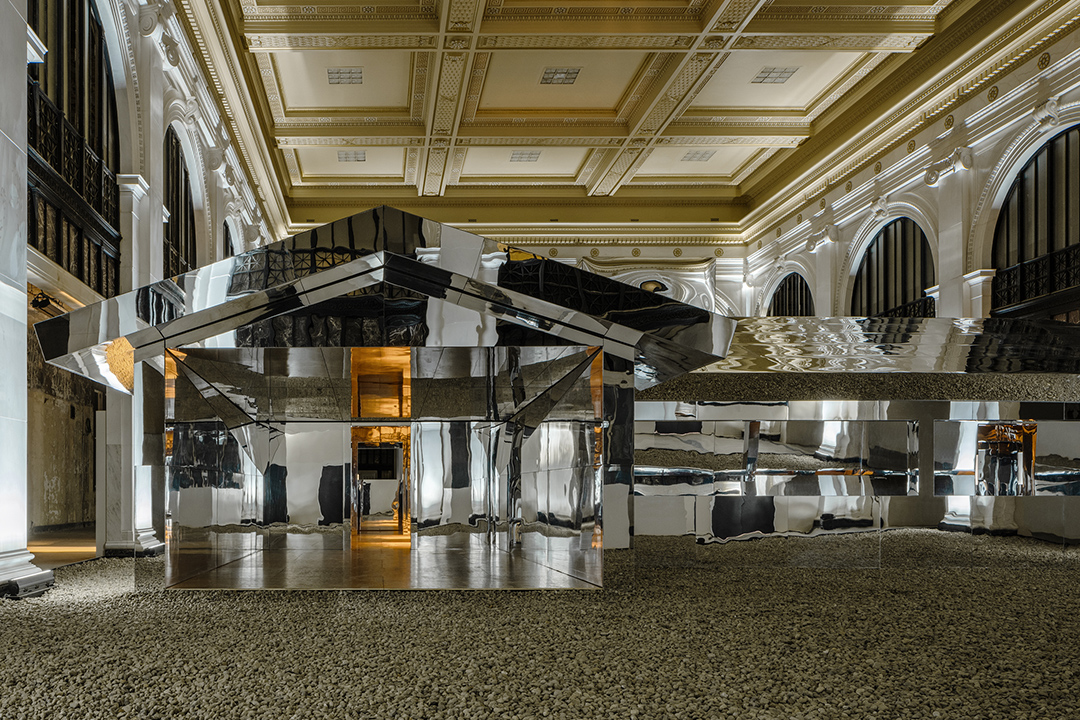 Aitken’s first ‘house of mirrors’ showcased in the desert of California in 2017. On the outside, it looks exactly like an ordinary American suburban home—lacking only in decorative elements or residents. Its name ‘Mirage’ derives from the fact that it is completely covered in mirrors. This project was designed to reflect the surrounding atmosphere, specifically scenic changes caused by natural lighting and climate. As the landscape is mirrored on the façade, the structure becomes part of it. Currently, having turned into a real mirage, the artwork in the desert only remains in the form of image. (Check out the video!) 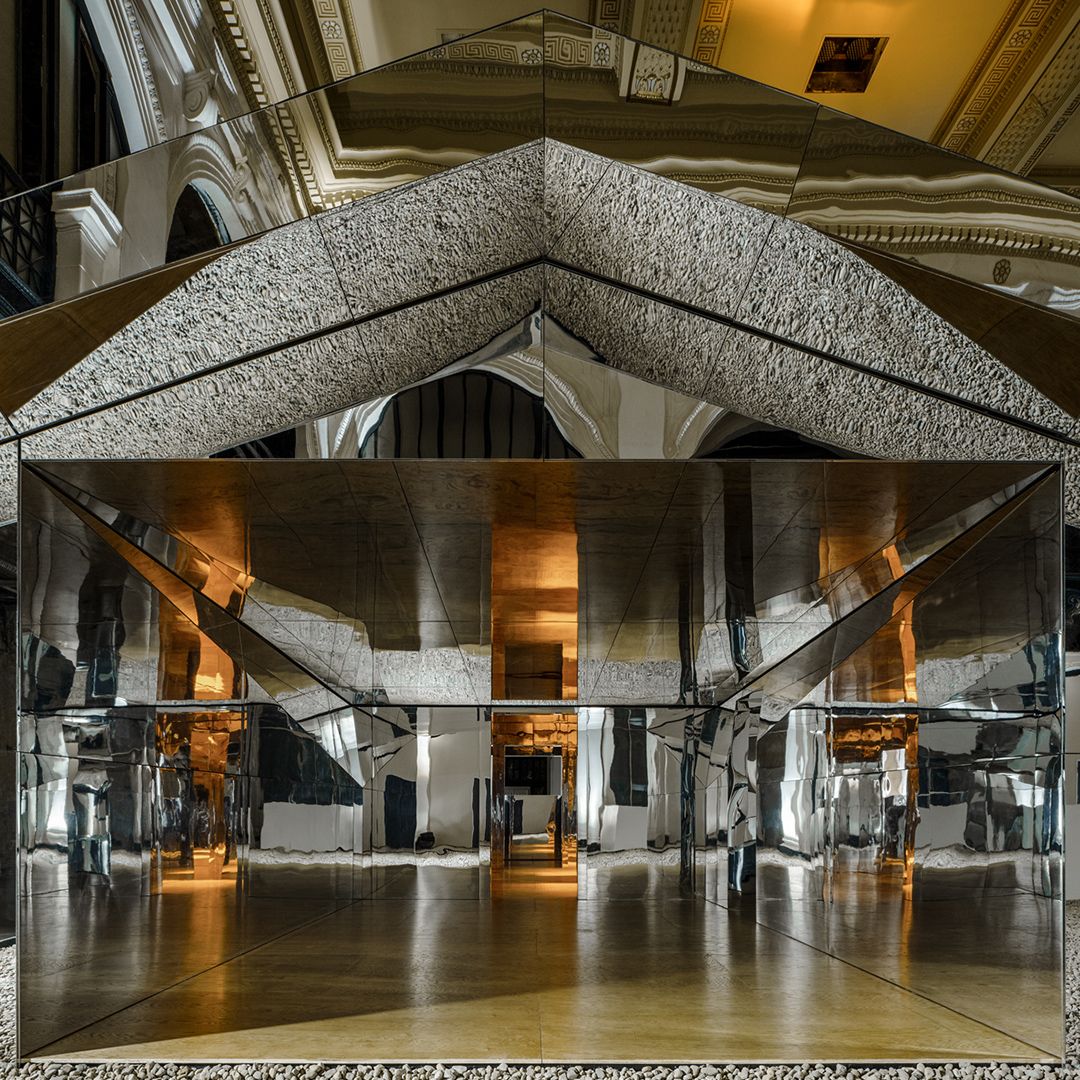 Mirage Detroit appears almost identical to Mirage. However, according to Aitken, Mirage Detroit is an entirely new work, different from Mirage. The use of fine-cut mirror panels with a smoother surface and the fact that it sits in the dark room without sunlight ensure such difference. With the recent installation, the blocking of natural lighting made artificial lighting a crucial element to the setup. How a light is thrown on the artwork affects the overall atmosphere of the space. The lighting scheme was designed by Aitken and Andi Watson, a lighting and stage designer well-known for his work with the rock band Radiohead. The lighting, which either pierces through the interior of Mirage Detroit or bounces off the surface with fluctuating glares, gives the structure a more dreamy and mystical feel and creates flowiness about the stationary object. 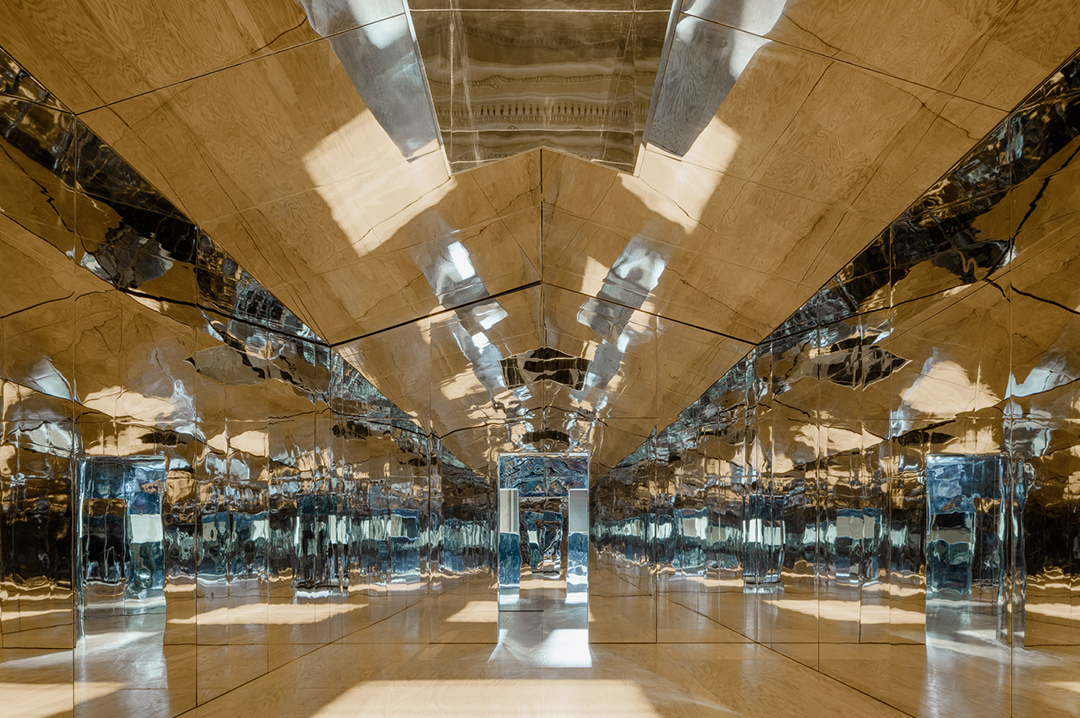 Despite the decades-long vacancy, the savings bank building was off limits to the public. Mirage Detroit beckons people to the deserted site in the forgotten city. The project was co-produced by the local non-profit art gallery Library Street Collective, known for its effort to bring world-renowned artists and intriguing artworks to Detroit. The display will continue through February 2019 for the general public and disappear into legend like El Dorado, the lost city of gold.