Desktop Weather Station
Weather or time, what would you like to know? The Fifth Element by MB&F has the answers to both.
Maximilian Büsser, founder of MB&F, let his imagination travel all the way to the universe. MB&F, regarded by many as the world's most radical watch brand, unveiled The Fifth Element at the 2018 Baselworld. It's a desktop weather station, with a table clock, barometer, a thermometer and a hygrometer all thrown in together. Büsser had long-admired vintage desktop meteorological devices of the last century, and frustrated that he wasn't able to find the one to his liking, he decided to make one himself.

Inspired by sci-fi films and comic books of the 1950s-60s, the Fifth Element looks like a UFO with four pods. And each pod contains one of the four instruments. The pods can also be taken out of the base and used on their own. At the core of the Fifth Element is the clock, which uses a movement by the high-end watch maker L’Epée 1839 that has an eight-day power reserve. The Incablock shock system that minimizes the risk of damage to the clock's performance when you take it out of the base. Such shock protection is standard in wristwatch movements, but it's rather unusual in immobile clocks. A little alien seated at the bottom is the fifth element of the product and serves as the pilot of this UFO. If you wind The Fifth Element, the small pilot will rotate around the cockpit with the instruments. And watching it moves is another joy of owning this product. 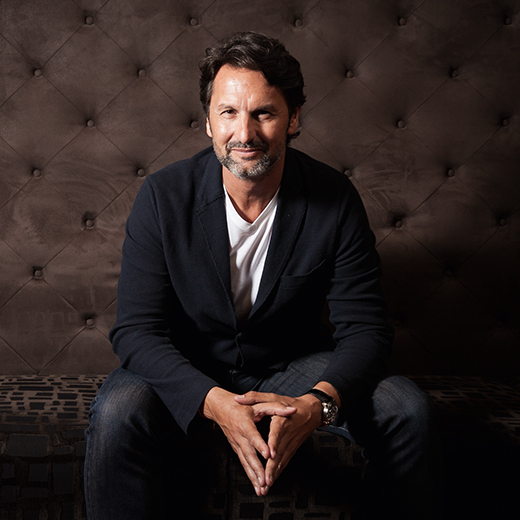 The Fifth Element in a study

The Fifth Element in operation