Guide to Travelers to Russia on Vodka
'Colorless, odorless and flavorless.' To Russian people, vodka is a way of life and a liquor of their spirits. They don't just drink vodka to battle bitter cold. Russians enjoy ice cold vodka anytime, anywhere. There's a reason a vodka museum can be found in many different cities in Russia.
“To read fine literature or see a great work of art is to drink a glass of vodka.”
Russian writer Anton Chekhov
Russia is a nation of vodka. People there drink vodka to fight the cold and they've relied on the liquor to battle through some turbulent years. Poland claims to be the birthplace of vodka, and all Nordic nations by the Baltic enjoy it. But for the most part, vodka is known as a Russian liquor. When Vladimir the Great of Kiev tried to settle on the national religion around the 10th century, he left Islam out of consideration because Muslims don't drink alcohol and consume pork. To Russians, alcohol is essential to the state. The joke among drinkers is that, " When talking about how much you can drink, you should always be modest. There may be a Russian behind you." 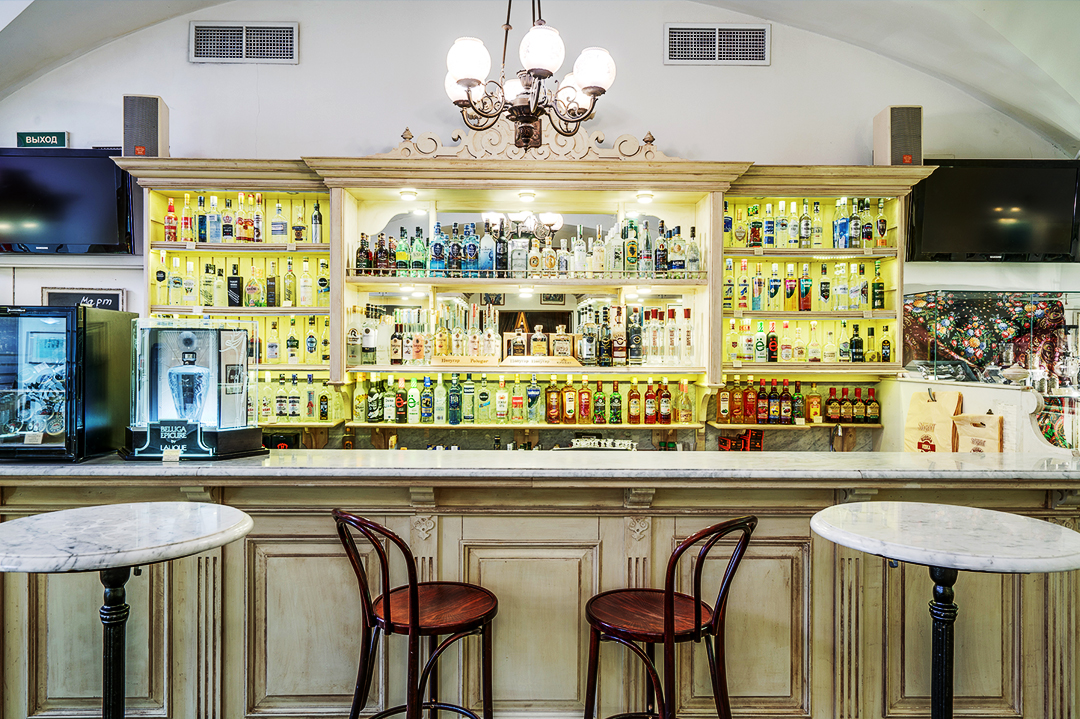 Russian Vodka Museum, with all types of vodkas lined up like in a classic-style bar

Water of Spirit for Russian Artists
“Alarm-clock's Calendar”, a short story by Anton Chekhov when the great Russian writer was around 20, offers this eight-course menu for journalists. 1. A glass of vodka. 2. Daily shchi (cabbage soup) with yesterday's kasha (type of buckwheat flour porridge). 3. Two glasses of vodka. 4. Suckling pig with horseradish. 5. Three glasses of vodka. 6. Horseradish, cayenne pepper and soy sauce. 7. Four glasses of vodka. 8. Seven bottles of beer. It's a given around the world that journalists drink all the time, though serving such a hard liquor as vodka in between every dish can put a scare into the faint-hearted.
Many great artists have extolled virtues of alcohol. Ernest Hemingway was a fan of rum. In the late 19th century, drunk and depressed painters in Paris leaned on absinthe. Russian artists, collectively as heavy a drinker as there was, were different. To them, drinking vodka was a part of their lives, something that didn't require much thinking. Chekhov once said, "To read fine literature or see a great work of art is to drink a glass of vodka." It wasn't something you had to take your time to show your appreciation; one quick flick of the wrist, and it was in your mouth, and you could just feel it with your heart. 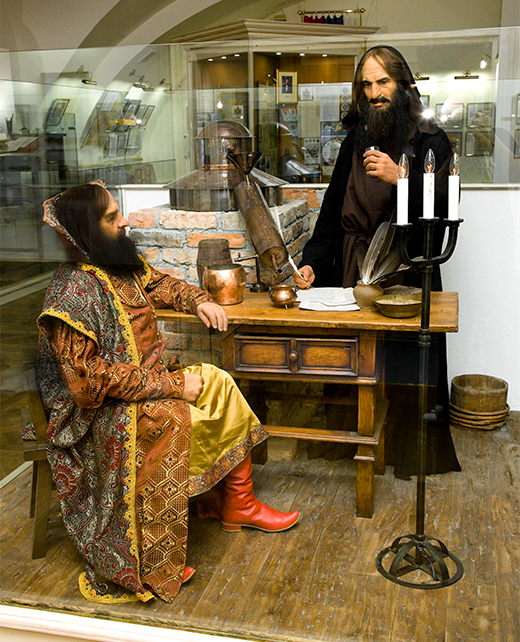 “When talking about how much you can drink, you should always be modest. There may be a Russian behind you.”
A popular joke about vodka among drinkers
Everything Points to Vodka
In the past, vodka was called 'Zhizenennia Voda,' or water of life. It's known to have originated around the ninth century, thought the first recorded instances can be traced back to the 12th and 13th centuries. The popular history in Russia holds that, in the 1400s, a Russian monk learned distillation techniques in Italy and returned home and donated distillation devices at a monastery, which helped spread vodka across the country. It's not clear if vodka back then was distilled much the same way as today or which ingredients were used. We can only guess that vodka's history runs as long as those of the honey-based traditional liquor called Medovukha, of rye-based Kvass, and of birch sap among other traditional fermented products. 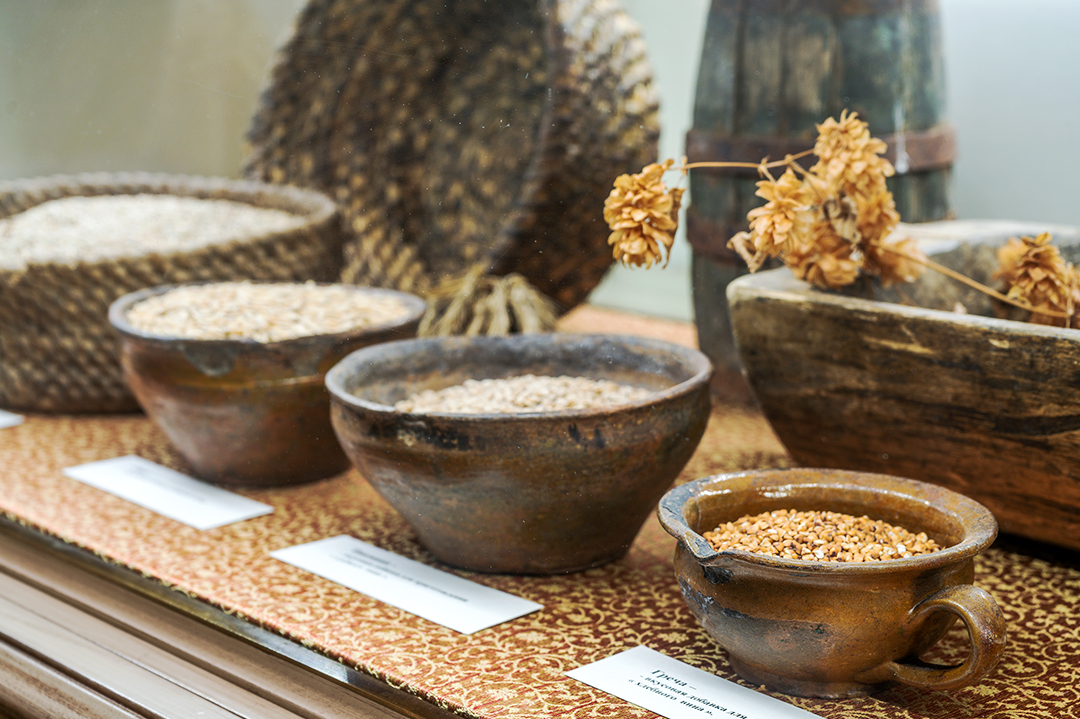 Over the years, ingredients for vodka have evolved to meet the demands of the time.

Vodka producing nations use types of crops or vegetables that can be easily harvested or secured in their own land. Mostly, rye, barley, oats and wheat are used, and the whole process is as straightforward as the Russian winter. The filtered and distilled vodka, with up about 95 to 96 % alcohol, is diluted with water, and it's filtered through birch charcoal to get rid of odor and color. The process is repeated to give vodka its 'colorless, odorless and flavorless' characteristics. The fact that you can make vodka with pretty much anything indicates that ingredients aren't so central to vodka as the distillation and filtering processes. Ironically enough, vodka-producing nations have asked the European Union to establish standardized distillation procedure and clear definition of vodka. In Russia, rye, oats and potato were used in the early days, and wheat is the main source today. 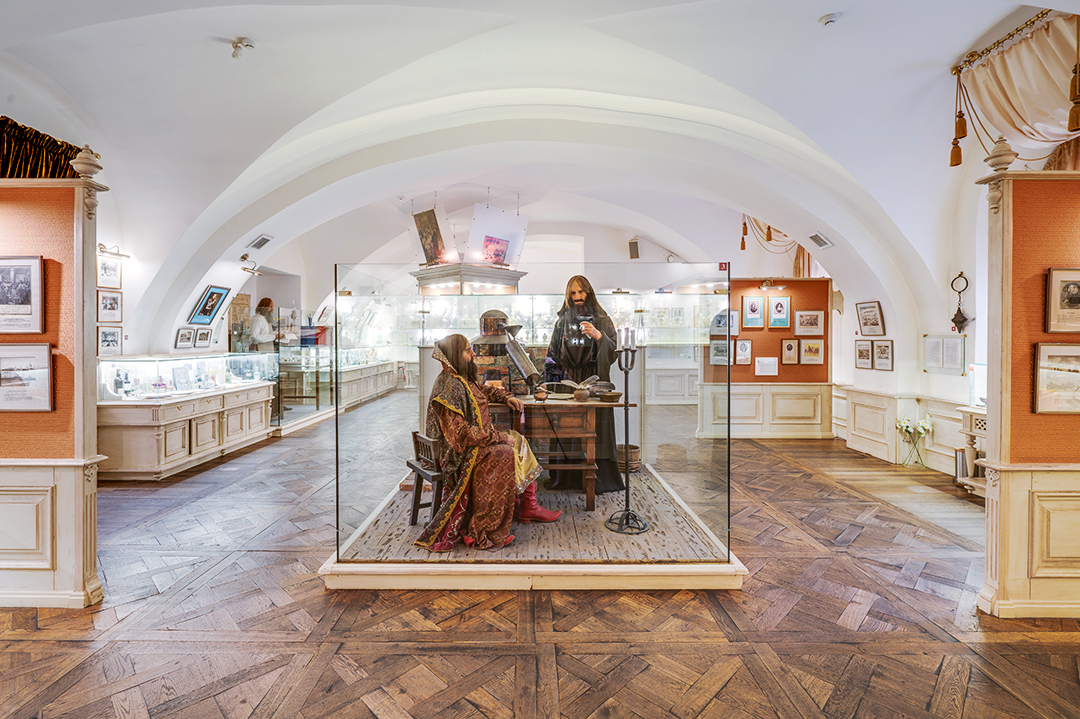 Equal to All
It was thanks in large part to Feodor I of Russia, the Romanov emperor, that vodka became so widely popular across Russia. His Western policy and expansion of the territory brought much prosperity to Russia. And he needed money to run the country. He opted for taxation. On Feodor's watch, vodka, which people could make as they pleased at home, could only be produced by the state. And it was sold back to the people. About 40 percent of all the tax revenue for the Russian government at the time is said to have come from vodka sales. It shows you just how much vodka the Russian people consumed at the time.
Distilling vodka is as straightforward as the Russian winter. The filtered and distilled vodka, with up about 95 to 96% alcohol, is diluted with water, and it's filtered through birch charcoal to get rid of odor and color. The process is repeated. 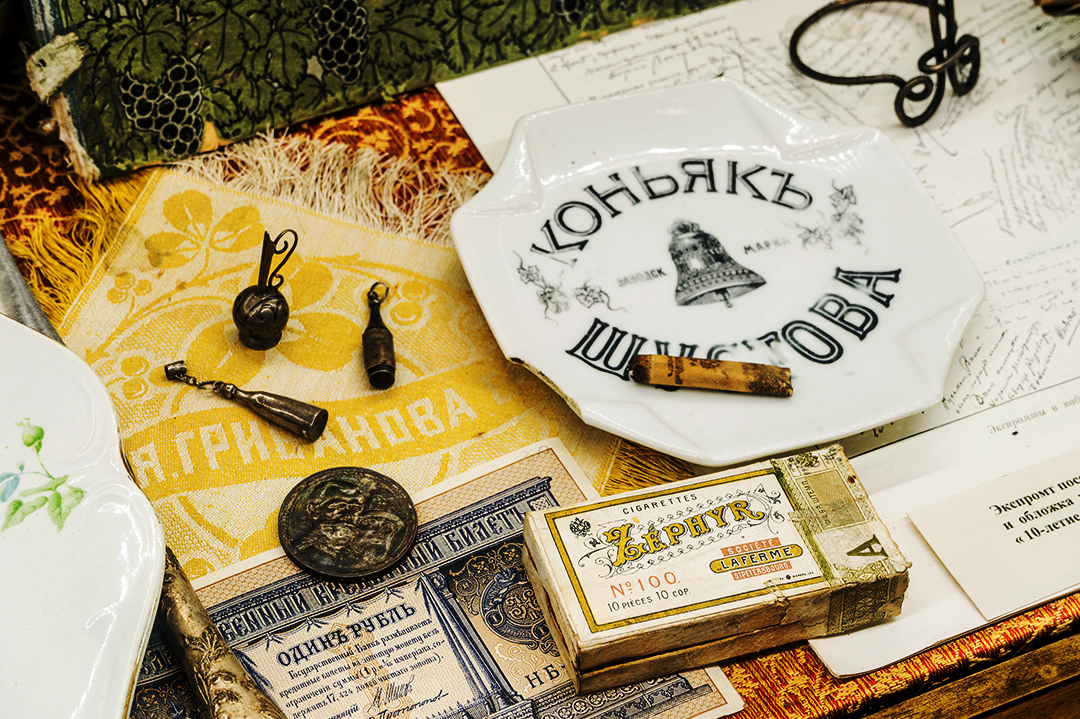 If you're Russian, what's a shot of vodka without cigarette?

The alcohol by volume (ABV) for vodka used to be around 50 percent, but most vodka products coming out of Russia have ABV of 40 percent. Dmitri Ivanovich Mendeleev, a Russian chemist, discovered this optimal figure of 40 percent. This is the same Mendeleev who created the periodic table. In a paper, he said 40 percent of ABV was just the perfect amount that was least harmful to human health while offering the greatest taste. Concerned about the people's health given their love for vodka that bordered on obsession, the Imperial Russia settled on that figure as the official standard. And 40 percent has been the ABV for all vodkas from Russia since. 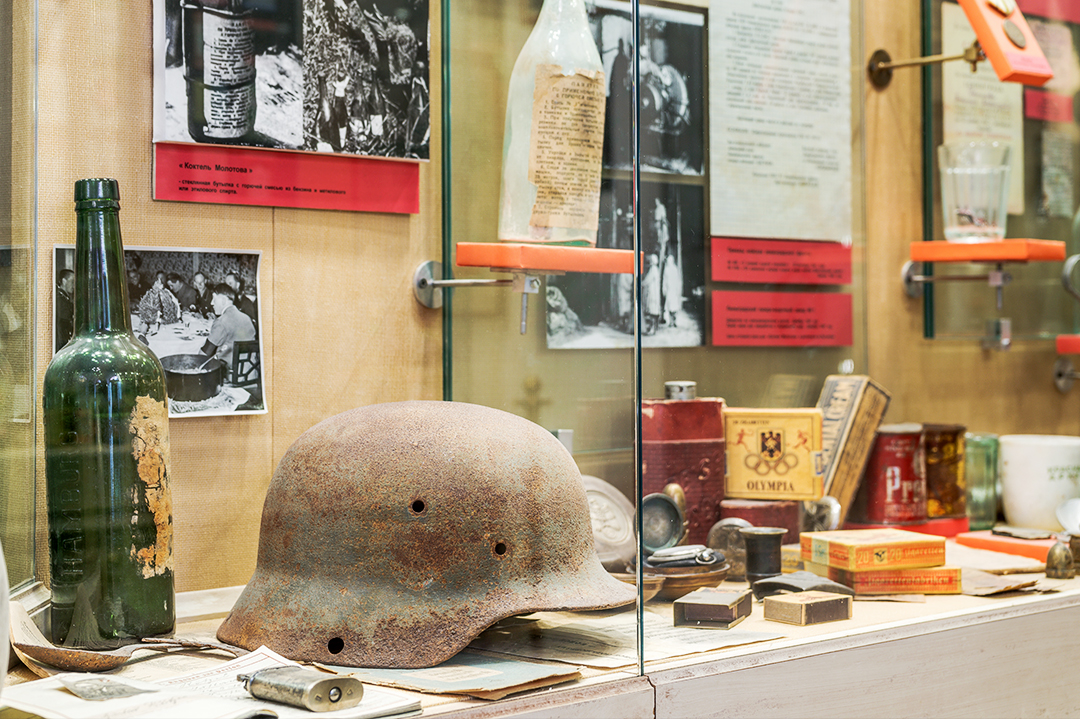 They say nothing is fairer in Russia than vodka. From ancient emperors and aristocrats to serfs, from Russian presidents in the post-Soviet era to labor workers, everyone drinks vodka. Following the Bolshevik Revolution in the early 1900s, the government temporarily banned vodka production out of concern of a potential rise in alcoholics. But distillers moved to other countries and kept making vodkas there. This helped establish vodka as the world's best-selling distilled alcoholic beverage.
Today, the United States is the largest producer of vodka. But Russia will always be the home of vodka. For Russians, 40, the number that signifies the ABV of vodka, may as well be their body temperature.
Russian Vodka Museum
If you've read this brief history of vodka, then you'll need to add another destination when you're visiting Russia, in particular St. Petersburg. There's more to see there than Mariinsky Theatre and Summer Palace. Be sure to visit Russian Vodka Museum. Situated in the heart of the city, along the Neva River, the museum shows you the long and rich history of vodka in several different ways. You can learn about the distillation process, as well as traditions and culture surrounding vodka. The museum has recreated the very first vodka bar, opened by the monk named Isidore in the 16th century. The tasting room features more than 260 types vodkas that you can try. 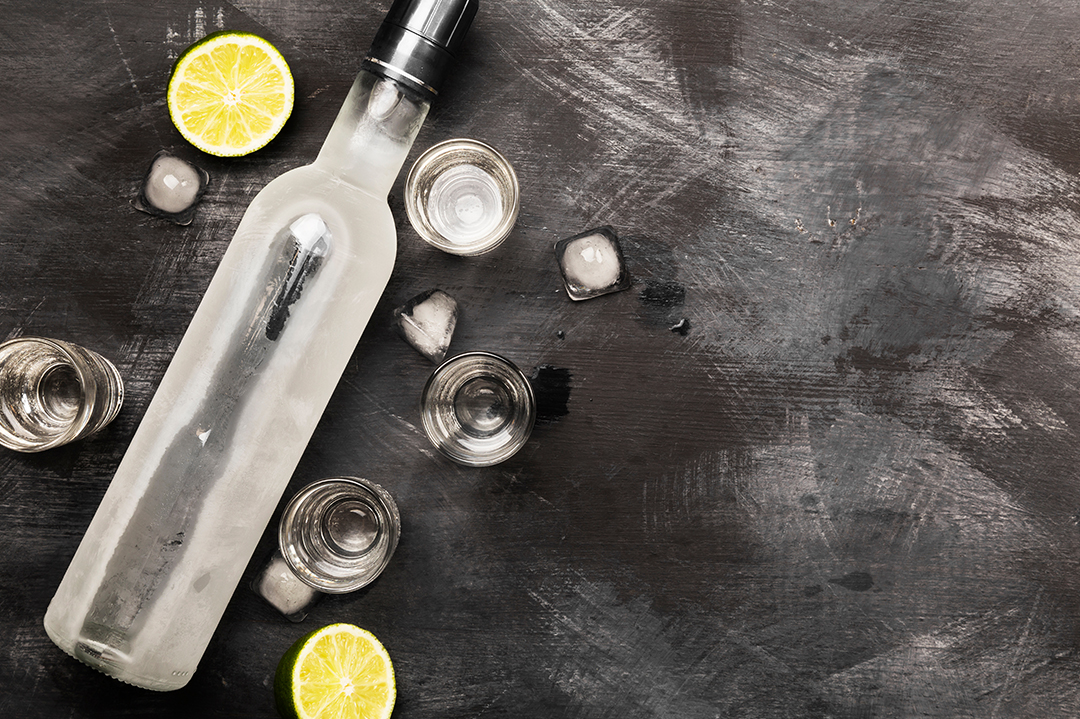 Tip. How to Best Enjoy Vodka
Put your bottle in the fridge. The chilled liquor will flow own like honey when poured into the small glass called ryumka. Drink it up in one go.

Yorsh, Vodka Boilermaker
Yorsh is a mix of vodka with beer, to the ratio of 4:1 or 5:1. Yorsh is actually a small fish with hard spines. If you drink yorsh, you'll be as prickly as the fish. 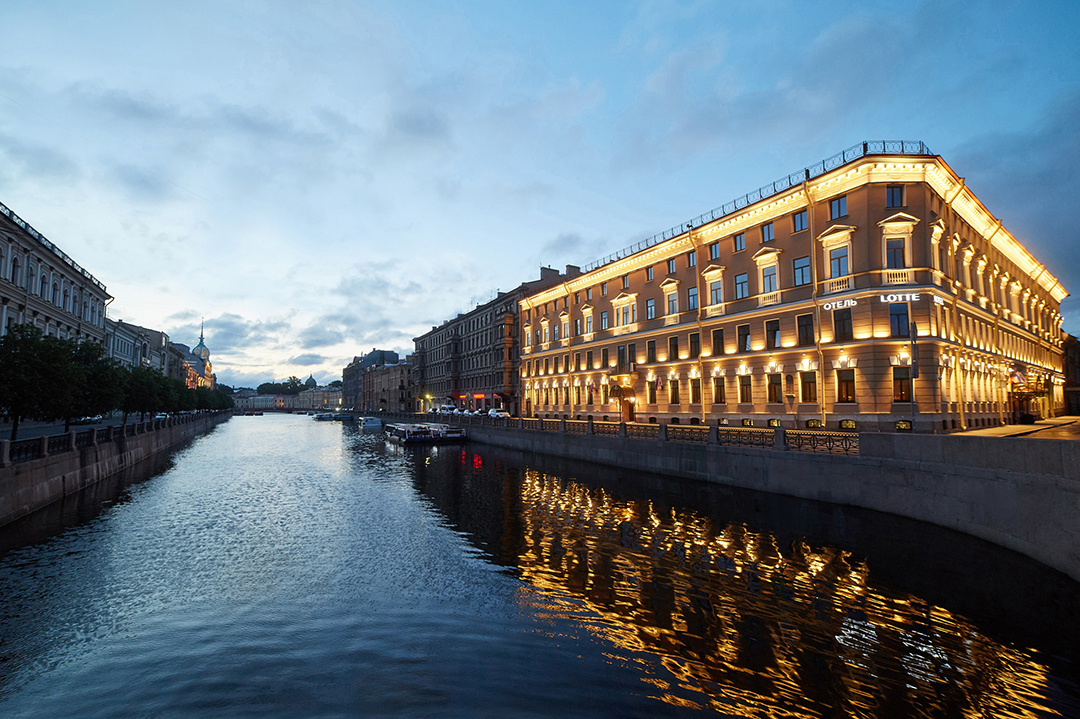 Where to Stay in St. Petersburg: LOTTE HOTEL ST.PETERSBURG
LOTTE HOTEL ST.PETERSBURG is situated in Saint Isaac's Square in downtown St. Petersburg. It's housed in a historical mansion built in 1851. It's close to Nevsky Prospect and Mariinsky Theatre, making it an ideal hotel for business travelers and tourists alike. It has 150 rooms and three high-end restaurants and bars. The rooftop bar is a popular destination to enjoy the white nights in summer.