Looking for Observatory? How About Scenic Bar!
Sweet, fragrant cocktails, gentle music, and the nightscape of a city from the skylounge. No other place offers a more perfect setting than BAR 81 of SIGNIEL SEOUL and Pierre’s Bar of LOTTE HOTEL SEOUL. Let’s see what makes Seoul’s night view even more stunning than it already is. 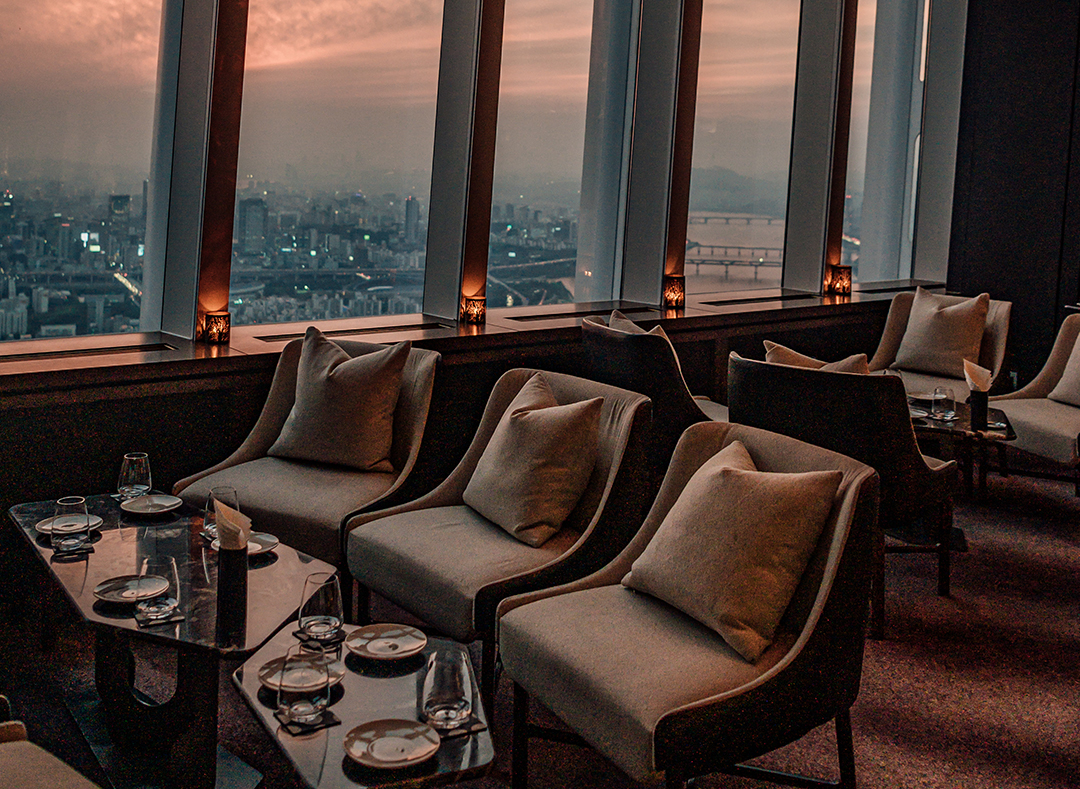 Seoul is a two-faced metropolitan. Nearly 10 million people crowd the city surrounded by highrises. The old and new coexist in the capital that traces its origin back hundreds of years. When the night falls in Seoul, in particular, the contemporary aspect of the city becomes most evident. As the weather gets cooler, the dark hours of Seoul become longer and more splendid.

A light-studded night scene against the black backdrop could be the most memorable moment during a travel. People often recommend Lotte World Tower, the N Seoul Tower, or Naksan Park as one of the top places to get a panoramic view of the city at night. Hidden from plain sight, however, are two fantastic, yet private, locations that present a premium viewing experience. One is BAR 81 of SIGNIEL SEOUL, and the other Pierre’s Bar at LOTTE HOTEL SEOUL. Located on the upper floors of the buildings, these sky lounge bars respectively reveal the true beauty of Gangnam and Gangbuk regions perceived at night.
With bird’s-eye views of the skyline south and north of the Han River, BAR 81 of SIGNIEL SEOUL and Pierre’s Bar at LOTTE HOTEL SEOUL each help you wrap up a day in stylish comfort, while enjoying the scenery outside the window. 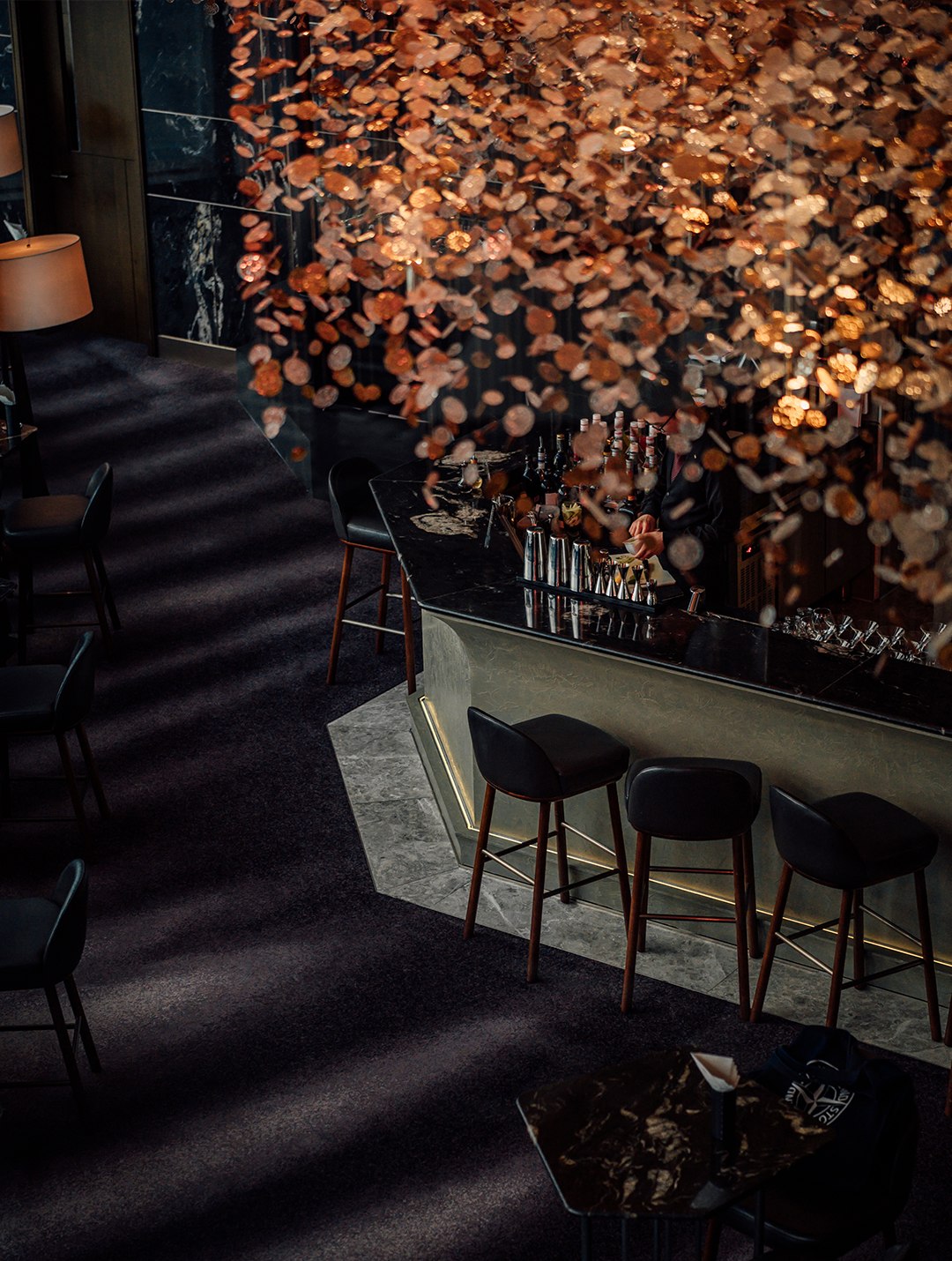 Standing super tall on Olympic-ro in Songpa-gu, Seoul is the sixth tallest building in the world. It’s none other than Lotte World Tower with 123 levels and 555-meter height above ground. BAR 81 is a high-class boutique pub located in SIGNIEL SEOUL. It sits on the 81st floor just like its name, and is famous for the aerial perspective encompassing Gangnam, Gangbuk, and even parts of Gyeonggi Province.

Noteworthy at BAR 81 is not only its view. Stepping into it, a decorative installation embodying the fizzling foam of champagne captivates your attention. The amazing sight is comparable to the burst of miniscule bubbles at the pop of champagne or to the scene of thousands of butterflies flying in groups. For an exotic effect, one of the walls in the bar is covered with stones from the Champagne region in France, where champagne originated from. 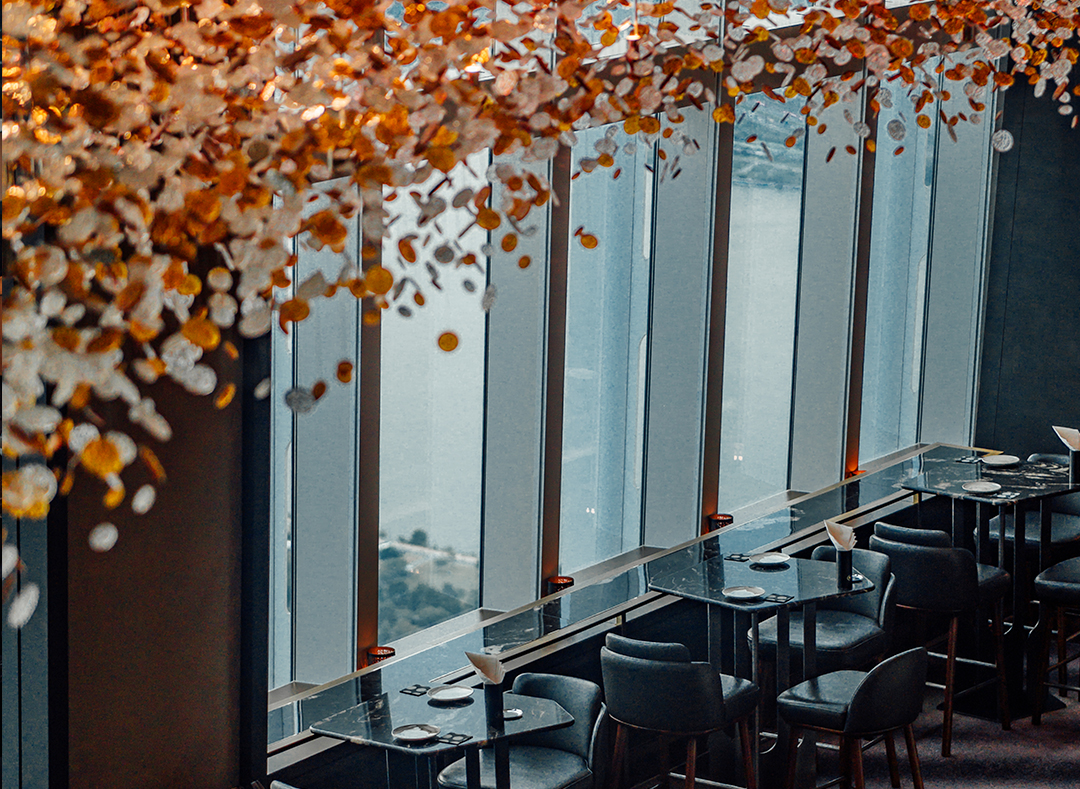 The modern French menu drawn up by three-Michelin-star chef Yannick Alléno adds a touch of class to the delicacies served at the bar. Over 80 types of champagnes, one of the largest selections in the world, and a special “mariage” available only at BAR 81 introduce its customers to a new realm of tastes. The place is also famous as a mecca for marriage proposals. By booking “Yours, Paris” package available till December 31, couples can gift a special memory to their loved ones in an elegantly-decorated private room. 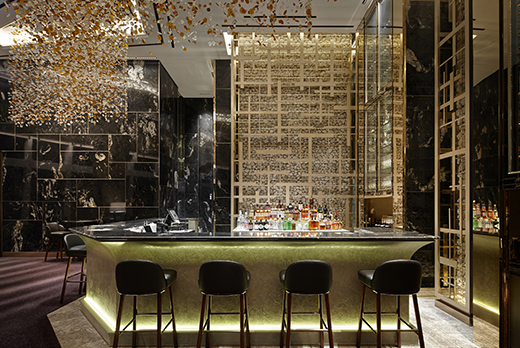 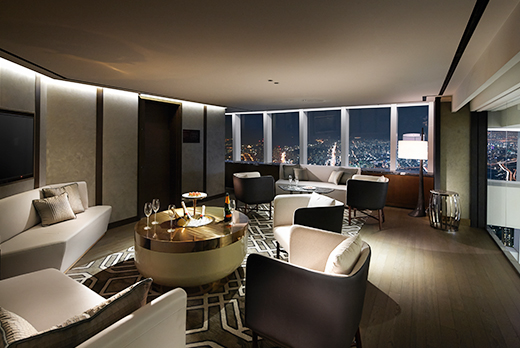 This year, BAR 81 was selected as one of the top twelve on the list of “The World’s Best Hotel Sky Bars” published by a US-based travel rating service. It was the only Korean bar joining the group of internationally-acclaimed places including Gŏng Bar at the Shard London and Cé La Vi Skybar at Marina Sands Bay Singapore. 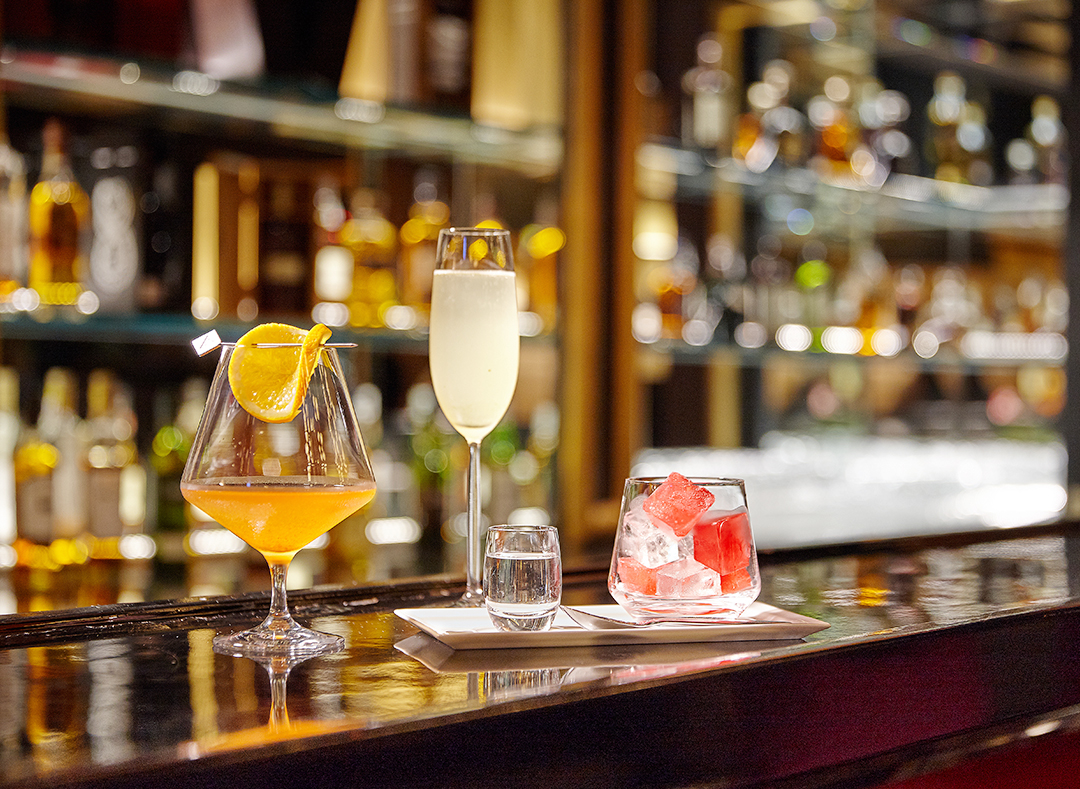 Parisian romance begins at dusk. Come darkness, various bars and bistros, including a trendsetters’ hangout where the DJ plays lounge music on a loop, or an underground cave-turned-pub, make the nights of Paris sparkle like hidden gems in the city. Looking for some romantic Parisian ambience in Seoul? Pierre’s Bar is the only French-style sky lounge in Seoul.

Located on the 35th floor of the Executive Tower at LOTTE HOTEL SEOUL, Pierre’s Bar is like an affiliate to French restaurant PIerre Gagnaire à Séoul, which received two stars in the 2017 edition of the Michelin Guide Seoul. The fancy, artistic interior style of Pierre Gagnaire makes the space stand out. Its private rooms are a great choice to enjoy a single malt whiskey between close friends, while its boutique bar offers a trendy vibe as ambient, yet cheerful melodies of lounge music and DJing mingle with colorful lights and gilded decor. By reducing the intensity of illumination from that of Pierre Gagnaire à Séoul, the bar becomes a more intimate, secluded place, creating a chance to truly appreciate the beautiful night scenes of the N Seoul Tower as well as the downtown area of Jongno and Gwanghwamun. 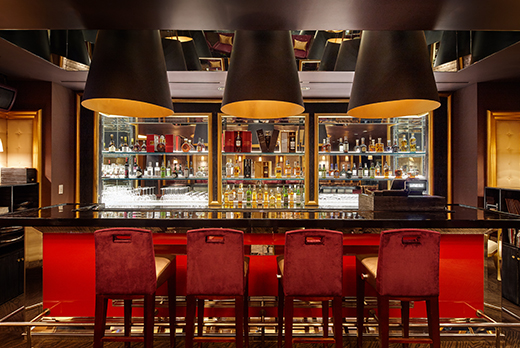 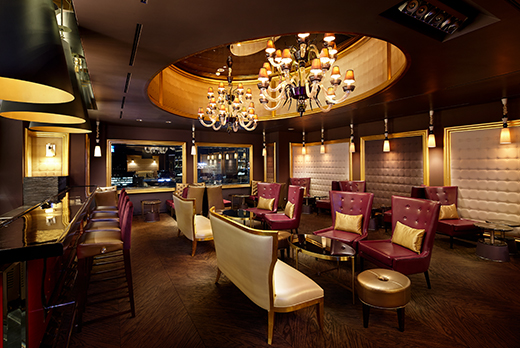 Above all, one can have the pleasure of enjoying the first-rate French cuisine developed by three-Michelin-star chef Pierre Gagnaire, together with four different blends of Parisien signature cocktails unique to Pierre’s Bar. Simple bar bites inspired by the chef’s modern cuisine are accompanied by a selection of premium wines or cocktails that experienced sommeliers and bartenders have picked, forming an excellent “mariage.” The bar has recently begun a membership program with a variety of benefits. The membership is available in gold and platinum, and includes a single malt whiskey or champagne service free of charge.