What kinds of dessert would Moscovite enjoy?
Russia, located somewhere between Europe and Asia. Of their unique cultures, let us introduce you their dessert culture.
Russia has its own culture, and it makes you feel as though you're in Europe and in Asia at the same time. Russia's dining culture of putting more effort into the visual of the food, getting dressed and having a full course meal is very similar to Europe. But sharing food with your close friends and families is somewhat like the eastern culture. 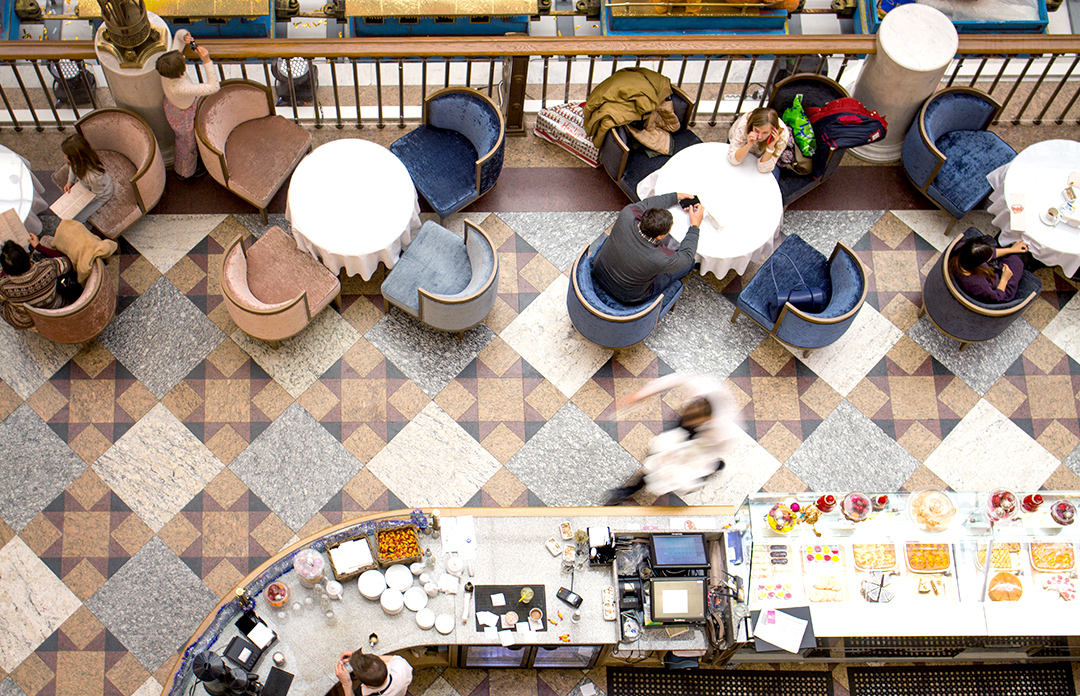 Combination of tradition and trend
Moscow, Russia, is a city with its leading trend but also you can also enjoy the history and their traditional culture. Within the city of Msocow, there are bunch of cafes that have its own Russian vibe, from franchise to old and famous and new and creatvie. It's classy but at the same time, gives you the comfortable mood. A lot of the cafes in Moscow have comfy cushions and sofas, rather than wooden or metallic chairs. As Russians love milk products and prefer sweet, there may be some unfamiliar menus on the board.
Even if you order only a cup of tea at a luxurious restaurants and stay there for hours, they don't give you any unspoken signals asking you to leave, such as giving you the check. Until you ask for the check, they'll never give it to you first. Their culture is to allow their customers to enjoy their meal and drinks for as long as they want. 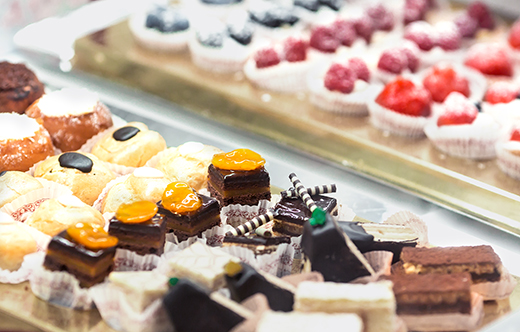 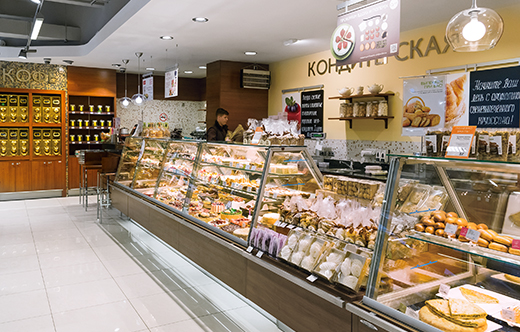 Russians are traditionally fond of high-calorie desserts that are fancy and sweet.

If you're traveling in Moscow, it might be a good idea to dress nicely and take some time at a cafe to enjoy their hot tea and sweet dessert. Russians have enjoyed high calorie food like honey, cheese, fruits and whipped cream to keep their body temparature within the cold weather.
Let us take a look into some of the desserts that have been loved by Russians for a long time, which could also be enjoyed by the tourists. 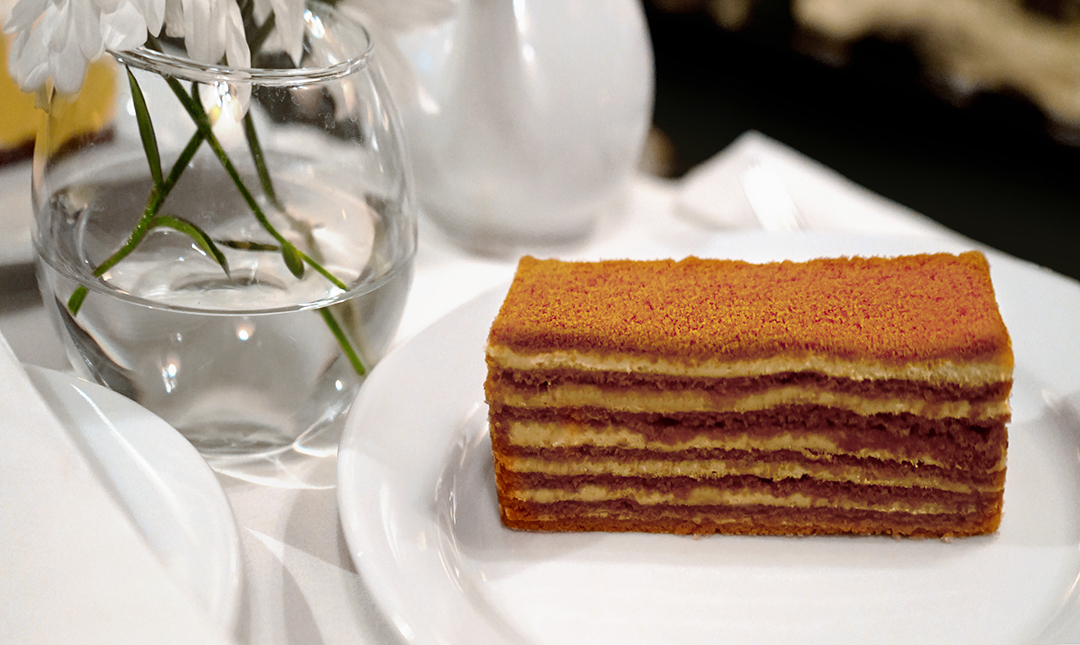 Медовик (Medovik)
Medovik is also called as Russia's honey cake and is probably one of the most loved desserts by the former Soviet Union countries. It's a layered cake where it has biscuit crumbs or nut layers and caramel cream layer. In the early 19th century, Emperor Alexander's wife Empress Elizabeth hated honey. With the baker in the kitchen unaware of this, he baked a cake with a mix of honey and sour cream. However, as Empress Elizabeth was not aware of the fact that the cake included honey, she fell in love with it. Nowadays, there are different versions of the cake where it includes condensed milk, butter cream or custard but of all, the one with sour cream is the original Medovik, which the Empress Elizabeth fell in love with.
This was also the most recommended dessert by my Russian friends when I first visited the country.  It can be easily enjoyed on birthdays or anniversaries or you can try them after a meal at a cafe or restaurant. 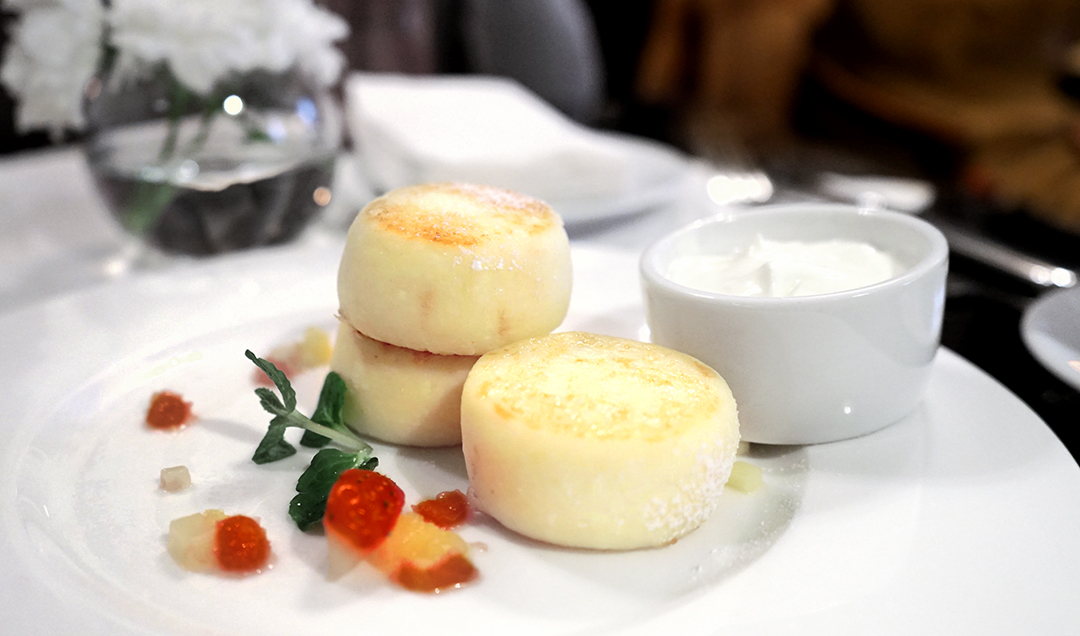 Сырники (Syrniki)
Syrniki is a cheese pancake from East Slavic, where you can enjoy it with sour cream, fruit, jam and honey. Syrniki is not only enjoyed in Russia but is also a representative food in Belarus, Ukraine, Latvia and Serbia. It is just like the pancakes that we eat normally but with some cottage cheese added to it. Cottage chees is commonly used ingredient in Russia and if you are a Russian, you would welcome eating cottage cheese for all three meals.
If you order Syrniki at a café, then you’ll be able to see it served with сметана, which is Eastern Europe's version of sour cream. Just like how you put syrup on your waffle or put some soy sauce on your dumpling, those two combinations are inseparable. As the cheese panake can be a little boring, dip in some сметана before you take a bite. This is a dessert where it shows the taste of Russians. 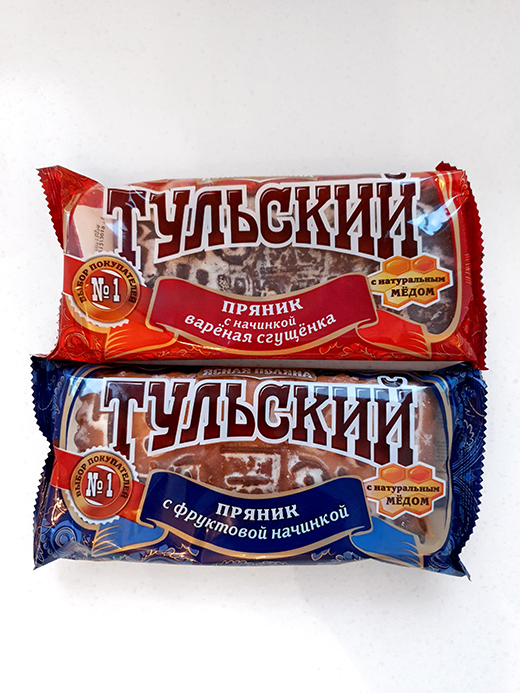 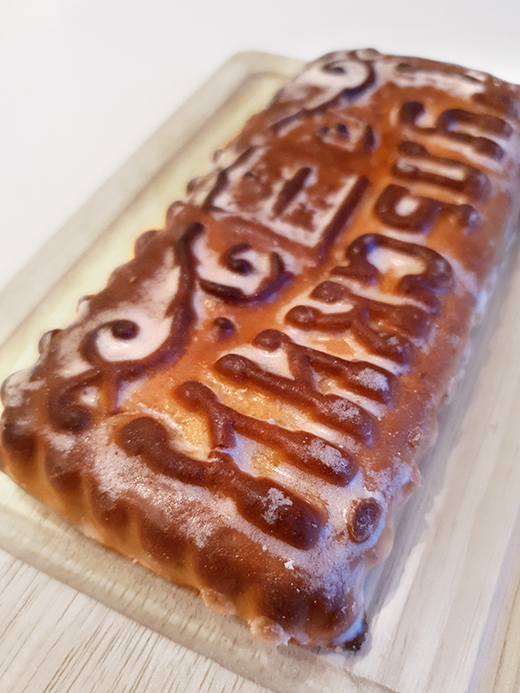 Тульский пряник (Tulа Pryanik)
Tula Pryanik is rectangular shaped honey bread. The tula pryanik that we eat in modern days have jam or condensed milk within the bread. This was first created in the city of Tula back in the 17th century and since then, tula pryanik has become a consistently popular dessert to Russians. It is also a traditional dessert, as it was created almost 500 years ago.
Depending on the type of the bread, you add honey and cinnamon to the dough, or other spice as well. On the outer side of the bread, there was a stamp and in the past, this stamp was created by the master craftsman. Even at companies' vending machines, Russians can purchase pryanik during the afternoon breaktime. It is normally packed in one tile-like rectangular shape so it's great to share between two to three people. Since it's heavy and dense, it's great to fill up your stomach when you're slightly hungry. Once you take a bite, you'll want a cup of coffee with it. 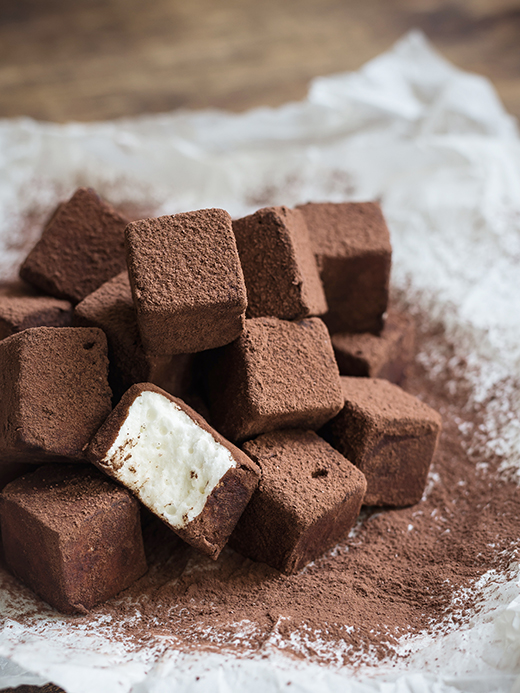 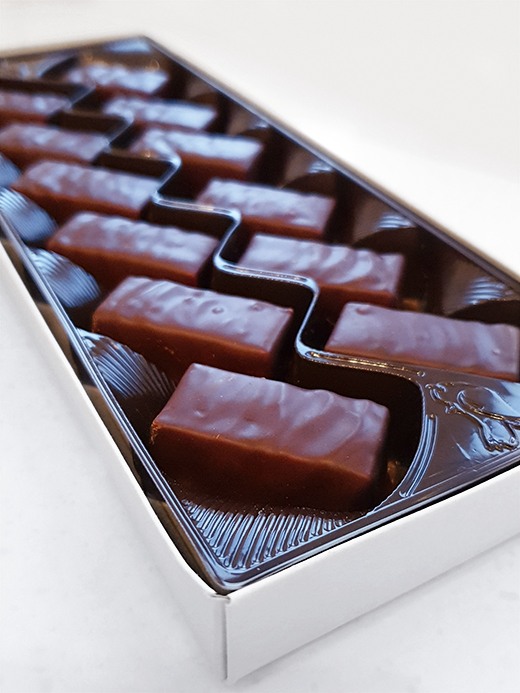 Птичье молоко (Ptichye Moloko)
If we were to translate ptichye moloko in English, it means “bird’s milk.” In the ancient Greece, it was an expression for a very rare and good food. It is a soft chocolate-covered candy dessert, filled with soft meringue or milk soufflé. Once again, this chocolate is enjoyed by the former Soviet Union countries like Belarus, Ukraine, Moldova, Estonia and many others. In Russia, when they welcome their guests, they will bring out teas and a basket filled with chocolate and ptichye moloko is always included in it.
As they are packed separately, you would grab one or two chocolates while talking or drinking your tea and after it, you would grab another one or two to eat later. Since they can be easily purchased at the supermarket, it’s a good dessert for present. 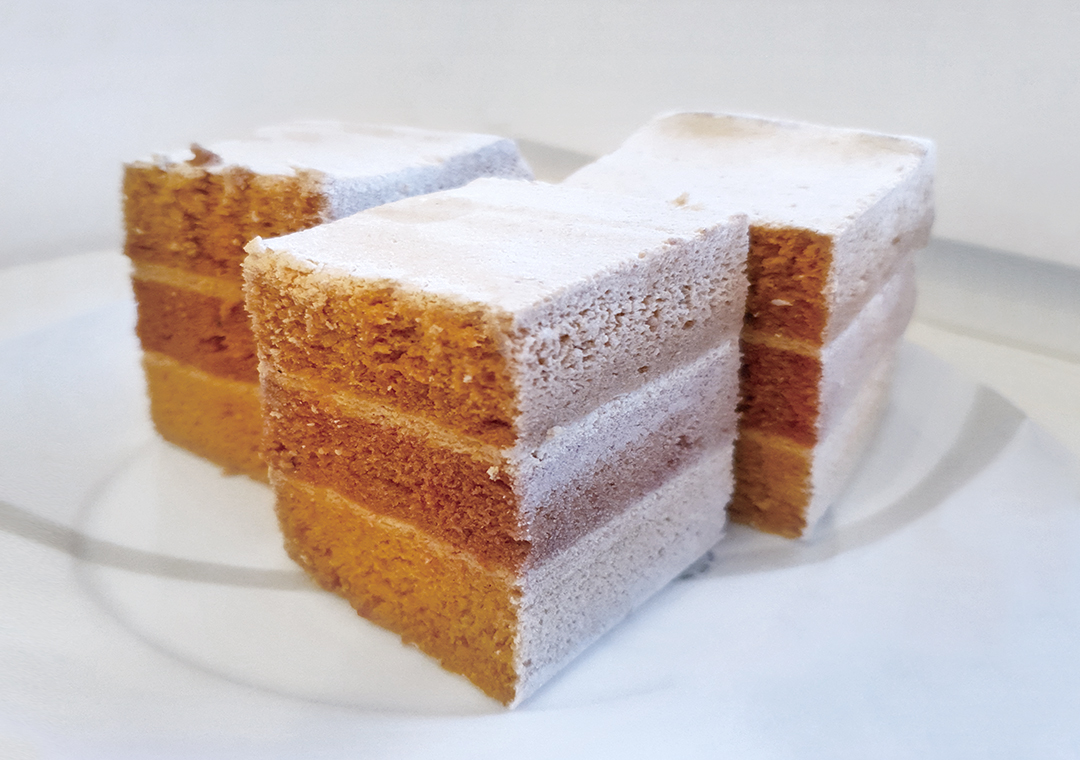 Пастила (Pastila)
Pastilais a type of meringue made with sour apple, berries and honey. It was first creatd in the Middle Age to keep a large amount of apple over a long period of winter. It turned into a meringue-like shape from the 16th century and onwards as they added egg white and honey or sugar. As pastila has sour and sweet taste at the same time, if you like dried fruit, then this might be the dessert for you. Since it's not high in calorie, they are easily enjoyed as an afternoon snack.
Places the people of Moscow go to enjoy their desserts: 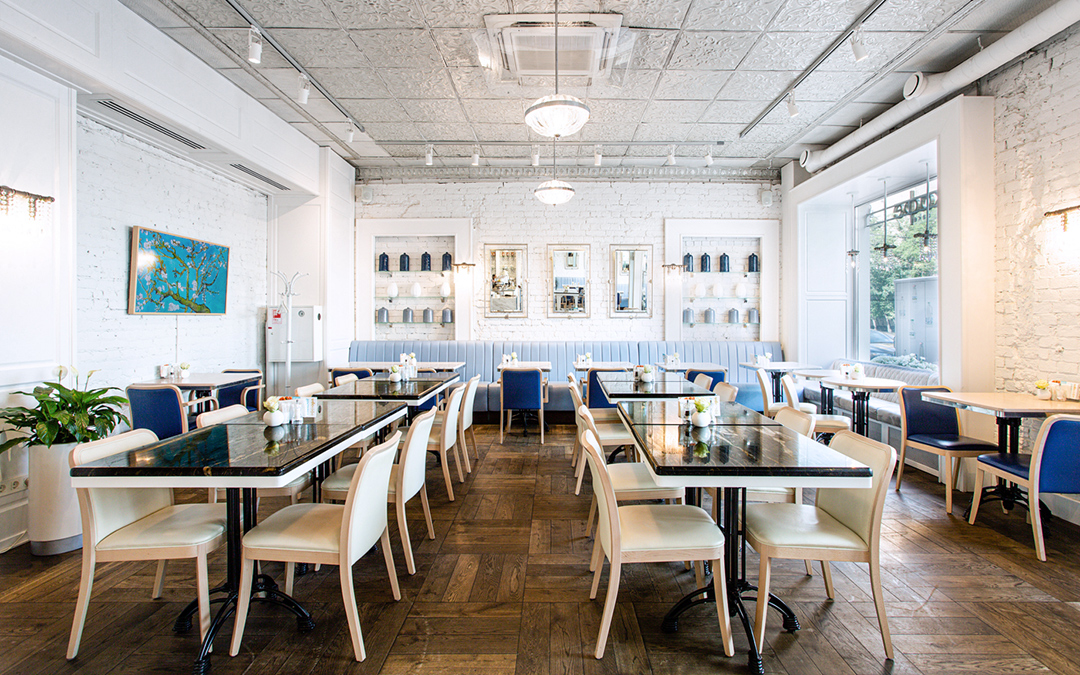 Upside Down Cake
This is one of the top dessert places in Moscow. If you want desserts but don’t know where to go or want to try different types of desserts, then I highly recommend this place. They have franchise stores around the city of Moscow but of all, the one near Belorusskaya Station has the highest rating. You can visit there casually anytime during the day and enjoy its modern interior. 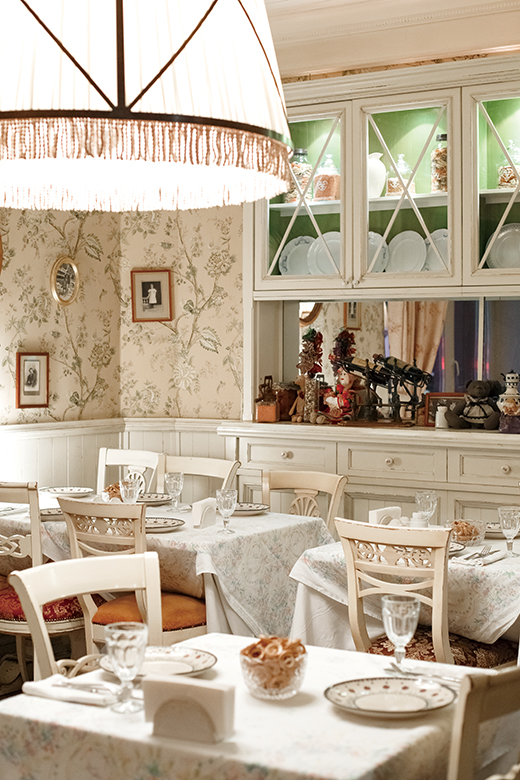 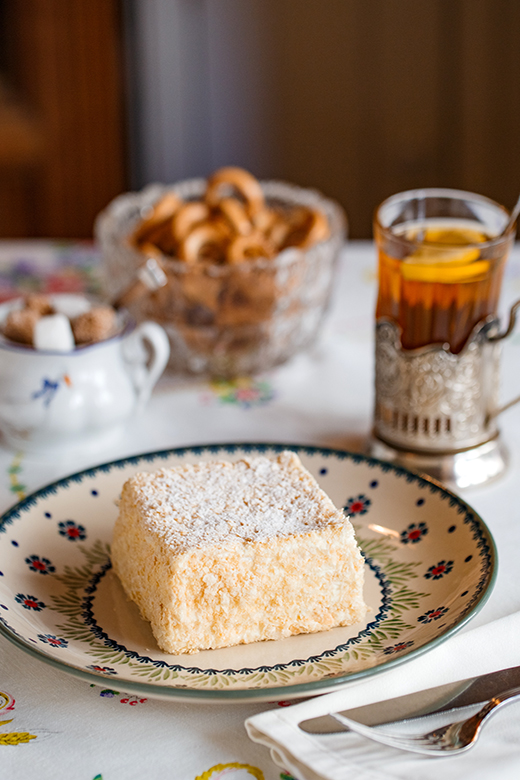 Mari Vanna
It is already well known as Russia’s homemade meal. In a cozy house-like interior, the cats within the restaurant will add a friendlier atmosphere. Not only the tourists but a lot of locals visit as well. During lunch hours, you can regularly see people making their stop to the restaurant to eat by themselves. All their ingredients in the food are fresh and their desserts are homemade. Mari Vanna’s signature dessert is Russia’s most famous dessert called Napoleon cake. If there’s Garosu-gil in Seoul, an established venue lined with high-end stores and cafes, then in Moscow, there’s Patriarch Ponds, патриаршие пруды. Mari Vanna is located at this trendy neighborhood so after a tea time, it’s great to take a walk around the pond and look around other cafes. 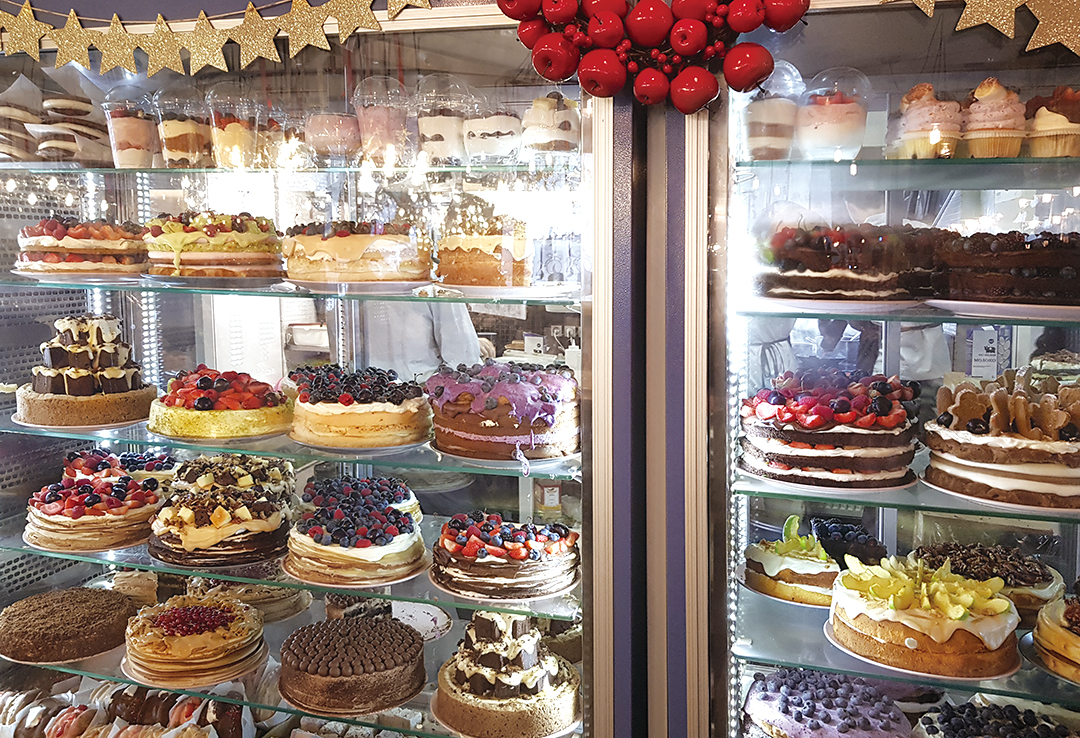 Conversation Café
This is the only Russian dessert café that has a franchise store in Korea. Located in Garosu-gil, Sinsa, it is famous for those cake lovers, as it has great visual and taste. They would give out a menu but you would feel happier when you’re trying to decide which cake to try by looking at them in the showcase. There are giant cakes that include different ingredients like cheese, sour cream, berries, nuts, biscuits, chocolates, brownies and many more.
It’ll throw away your hunger for dessert right away. 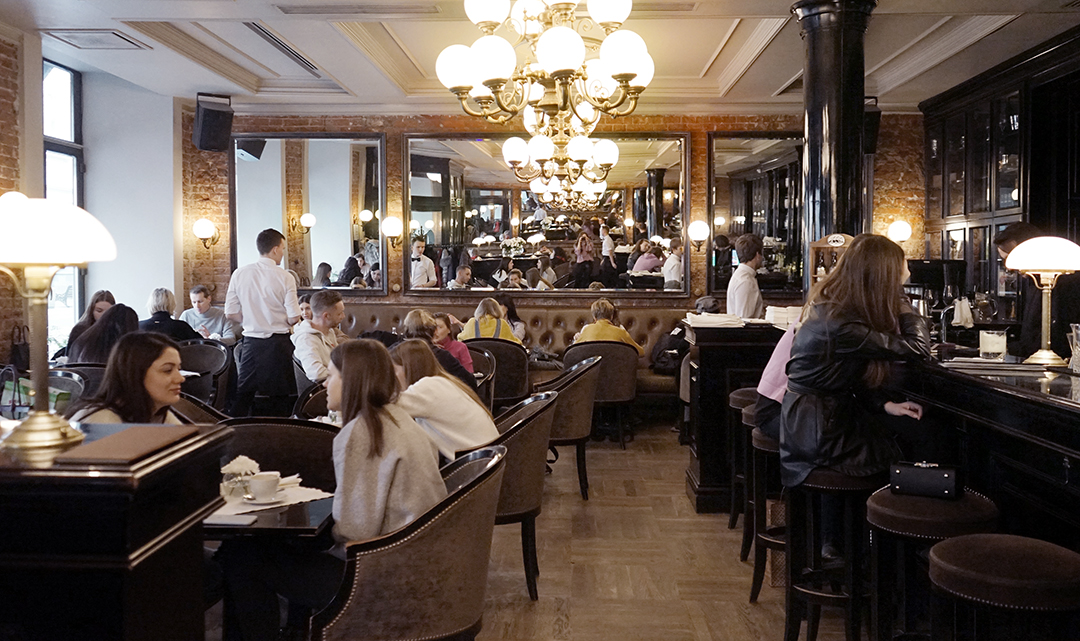 Café Moloko
If you’re thinking of sweet dessert with a cup of coffee at a luxurious café in Europe, then I recommend it. On weekends, you can regularly see Russians getting all dressed up and enjoying brunch here. At Café Moloko, they not only have medovik, syrniki and ptichye moloko, they also have a lot of desserts that have milk and yogurt added into, which just satisfy the taste of Russians. If you’re looking for some mood during your travel, then this is a place for a photo, sitting at a velvet chair and using the vintage mirror as background. 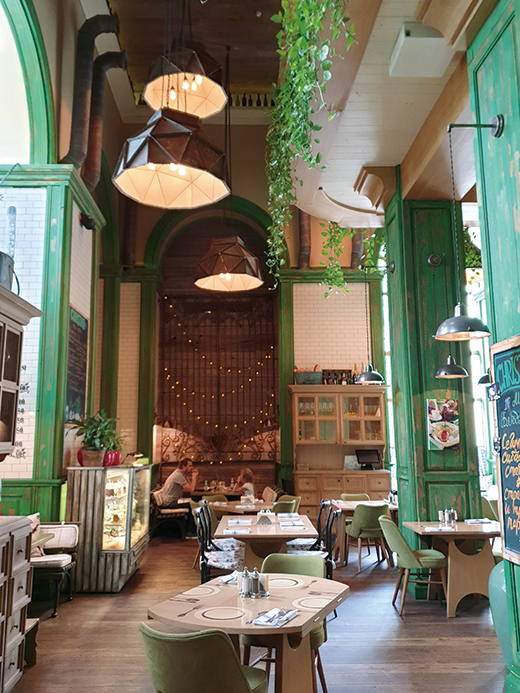 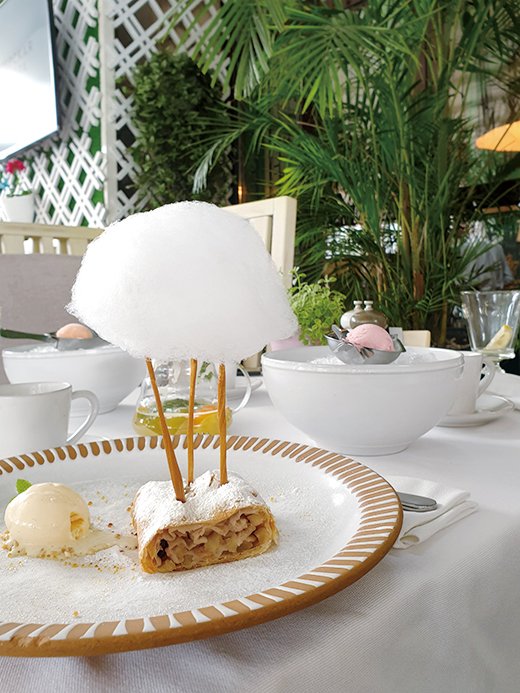 Christian
Operated by Italian chef Christian Lorencini, it’s a place where you can try an artistic dessert, as it includes the details of Italy and visual of Russia. The characteristic of this café is that the chef uniquely expressed regular desserts like cheesecake, brownies and strudel in his own way. In winter, they decorate the interior of the café with little Christmas decorations and in the summer, you can enjoy the flowers in the terrace and fill up your stomach with some sugar. 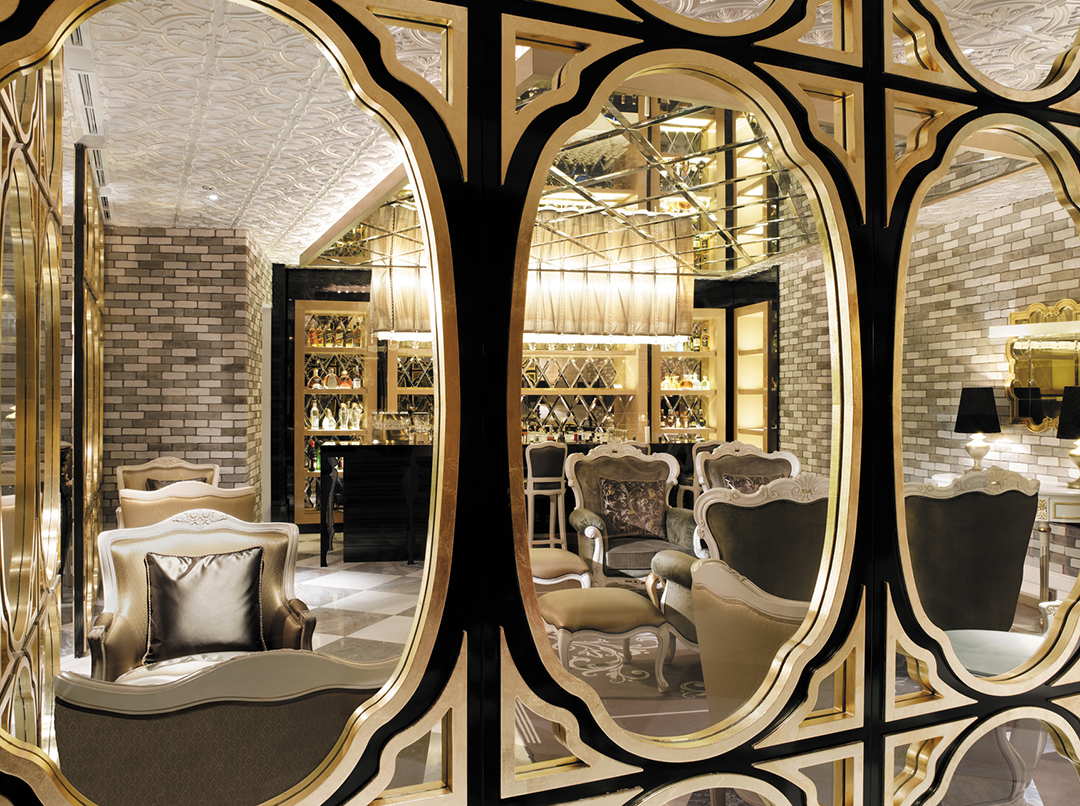 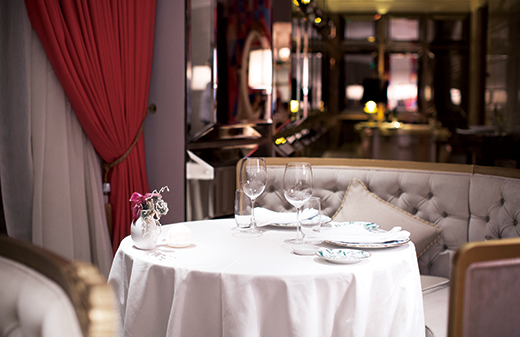 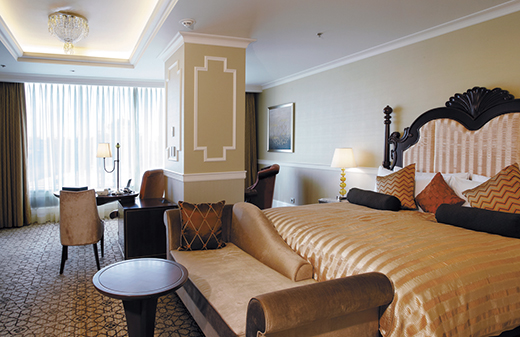 Where to stay in Moscow: LOTTE HOTEL MOSCOW
This is LOTTE HOTEL's first hotel in foreign country and won the best-award-winning hotel chains for two straight years by the Conde Nast Traveler. Located on New Arbat Avenue, near the Moscow Kremlin and Bolshoi Theatre, it has a total area of 7,117 meters square. With four underground levels, this 10-story building has a total of 300 rooms. In addition to Italian Michelin 2 star chef Carlo Cracco's "OVO by Carlo Cracco," you can try different food as it has New York style fusion Japanese restuarant and four others.