Epicurean Trend in Portland, Farm-To-Table
America is going through a shift toward a farm-to-table dining, using fresh ingredients purchased directly from local producers to serve food. We take a close look at the farm-to-table scene in Portland which is considered the best example of a city adopting the recent epicurean trend.
The small city of Portland overflows with restaurants, and there are food-related festivals practically all year round. Young, talented chefs from across the country are flocking to the city in Oregon as if they had prearranged it. Then, why Portland? Mike Thelin, who co-founded Feast Portland, the city’s biggest food festival, explains the reason: “You cannot leave out the fact that there are abundant ingredients thanks to the city’s location in the Pacific Northwest. That’s what attracts chefs to this city, and inspires them, as well as offering a momentum for Portlanders to further develop their affection for local foods. Everything begins from earth, and the abundance of ingredients is the most important factor. 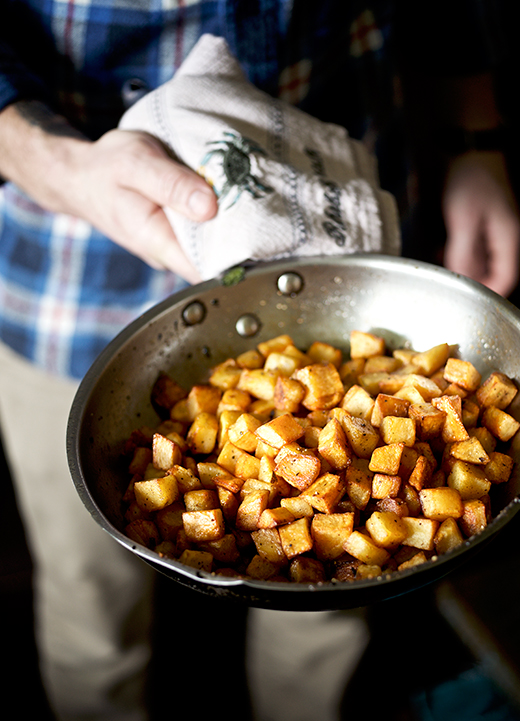 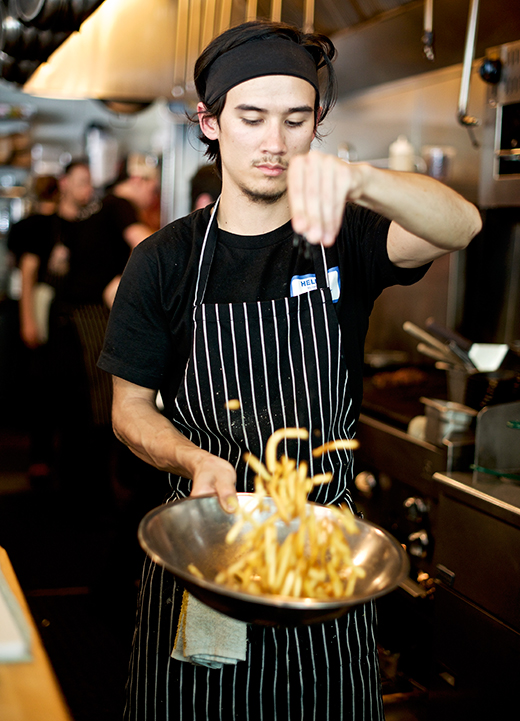 Talented chefs are flocking to Portland.

There are several requirements for the locally-produced food ingredients to reach the tables at local restaurants without going through a middleman. Among many American cities where the farm-to-table movement has begun, Portland is considered the most successful participant. What is the secret behind the achievement under which the city went further than being just a place for foodies and adopted farm-to-table on a city-wide scale? First, it has geographical advantages. Being in a basin with deep ridges, the city offers a better environment for the operation of family-owned farms than large corporate farms. High-quality soil, sufficient rainfall, and mild weather help the cultivation of various vegetables, fruits, and crops. Even the best products lose freshness after a long trip. Portland is a small city. The proximity between local farms and restaurants enabled the delivery of fresh ingredients on a daily basis, which played a key role in implanting the farm-to-table system. The state government also had its share in promoting the movement. Oregon restricted developmental plans in various cities including Portland that would clash with the agricultural advancement. The state also mandated that restaurants reveal the origin of their food on the menu to boost consumer confidence. The biggest factor of all is the heightened interest by Portlanders in sustainable lifestyle. They pay much attention to the local economy, fellow citizens, and what happens to their city. They believe buying locally-made products will lead to the growth of local brands and Portland in the end. The sense of ownership by Portlanders supporting local businesses selling ingredients cultivated through environment-friendly methods has been the backbone of the successful farm-to-table transition in the city. 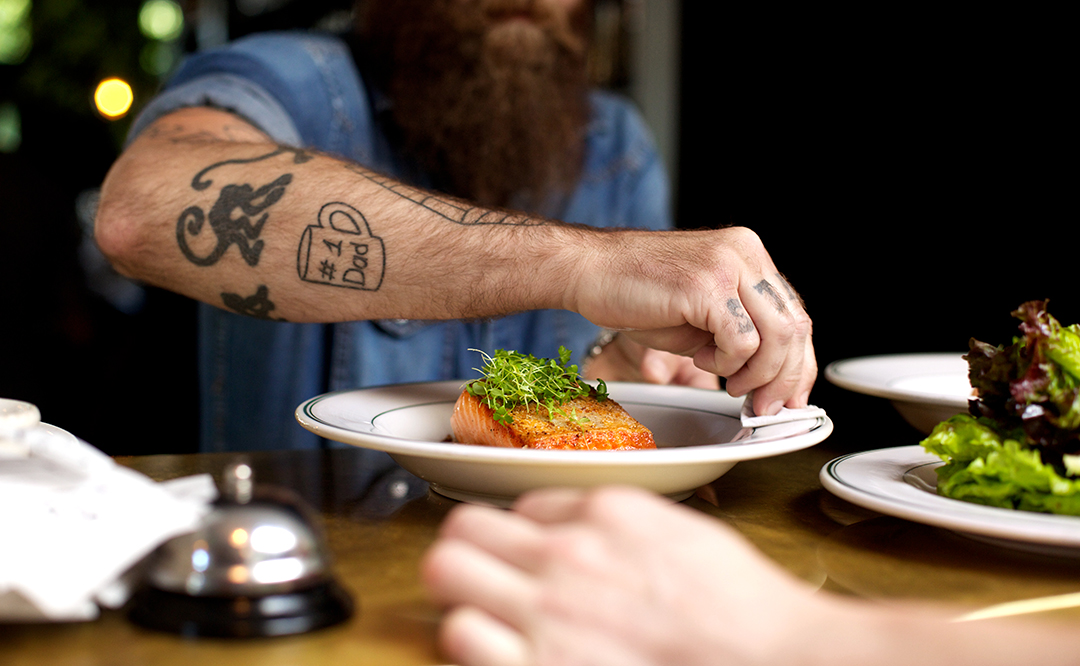 Being where the kinfolk culture originated from, Portlanders value the act of eating good food.

Farm-to-table is not just an option for restaurants. If restaurants directly make deals with local farms, regular households can use the farmers markets that open all across Oregon. In particular, the one that opens every Saturday at Portland State University in downtown Portland is famous. Trudy Toliver, the executive director of Portland Farmers Market says that to become a vendor at the market, you have to meet some tricky requirements. All ingredients must be produced within 484km of Portland; farmers can only sell what they grew and cultivated at their farm. Ranchers must bring products collected from their own livestock. If you want to sell hot sauce, a quarter of the main ingredient has to be locally sourced. If chili pepper was used to make hot sauce, the pepper must have been bought from a local farm, and the entire process will be overseen by the farmers market staff including Toliver. This way, it is guaranteed that not only a chef of a famous restaurant but a housewife in charge of cooking for her family gets to consume fresh and nutritious ingredients. Today’s environment-friendly, sustainable food scene of Portland is based on this virtuous circle. 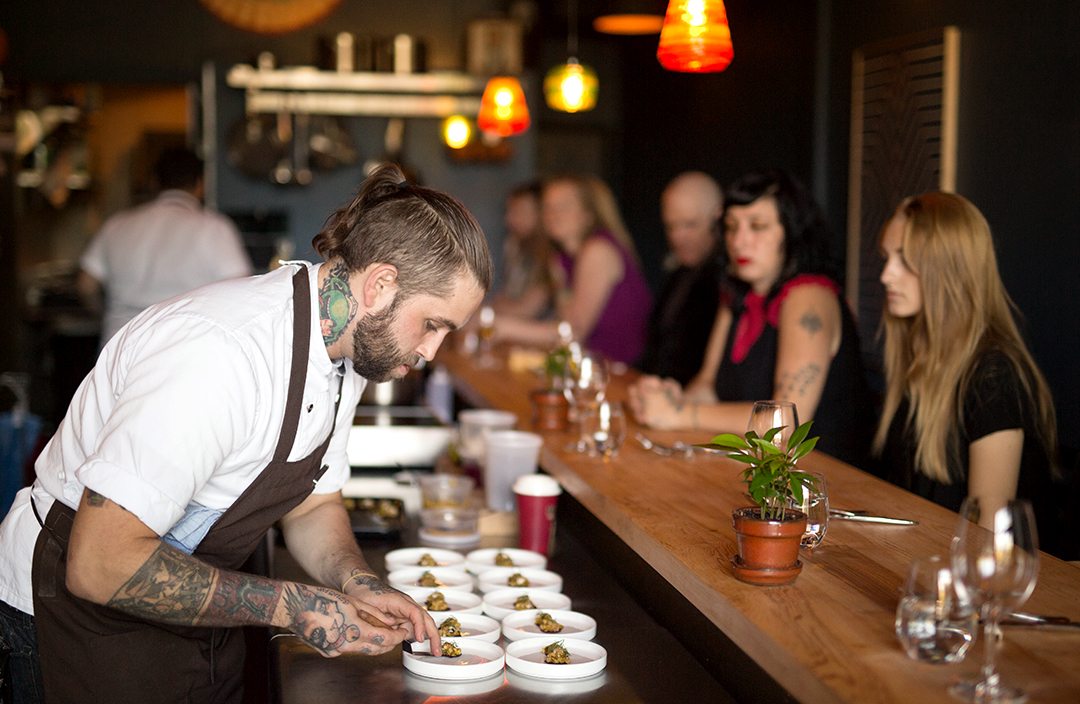 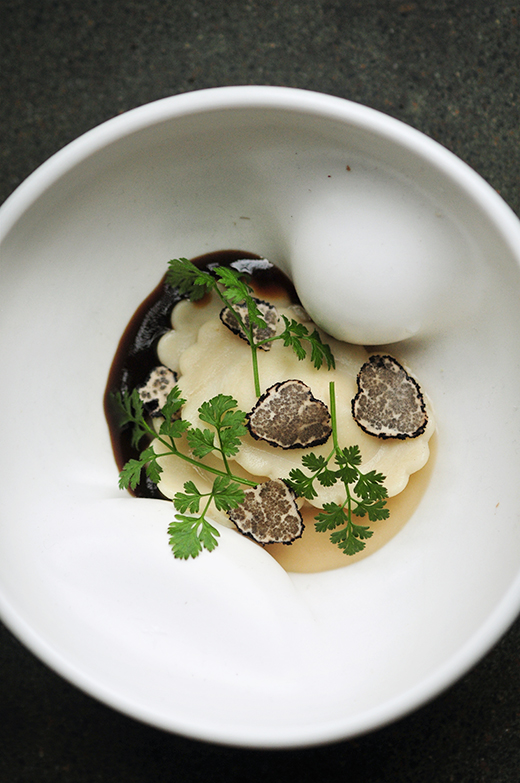 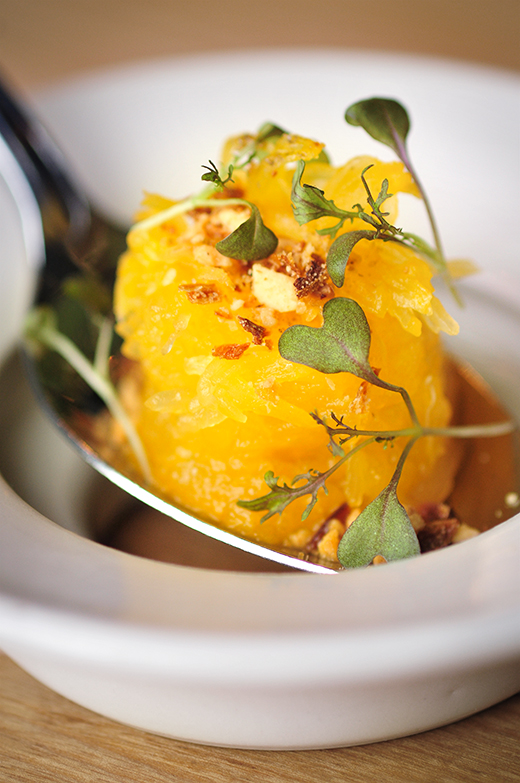 Farm-to-table Vegan Restaurant, Farm Spirit
Specializing in vegan cuisines, Farm Spirit applies strict rules to purchasing ingredients. Chef Aaron Adams only deals with several farms in Oregon that have met his requirements for the restaurant’s crop and vegetable supplies. Farm Spirit is known as a model place to experience the dining culture of Portlanders with keen interest in the origin of their food and a sense of responsibility for their consumption. The place is recommended even for non-vegans. Open from Wednesday to Saturday, it only offers eight course meals that cost a little more than an average.
Address 1414 SE Morrison St., Portland
Phone +1-971-255-0329
Homepage farmspiritpdx.com 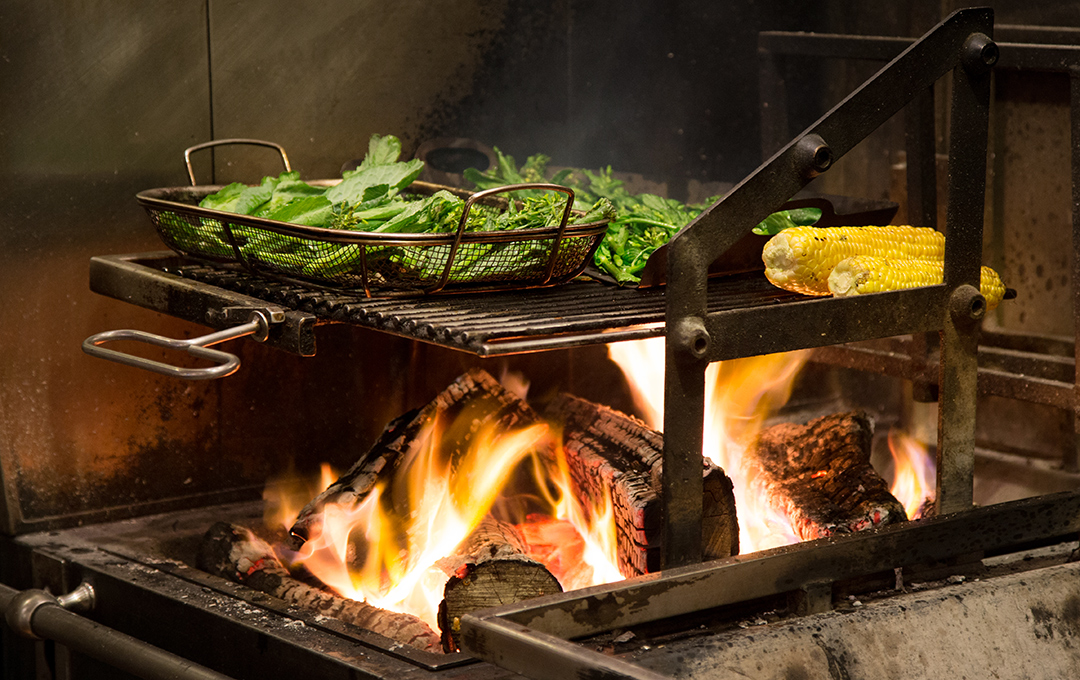 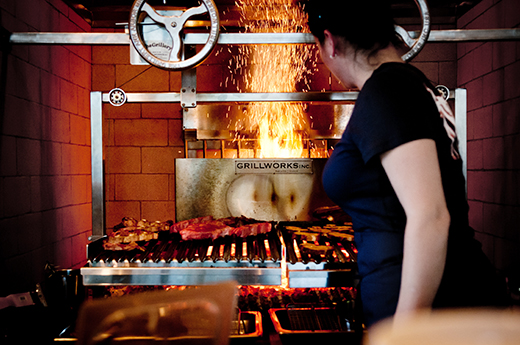 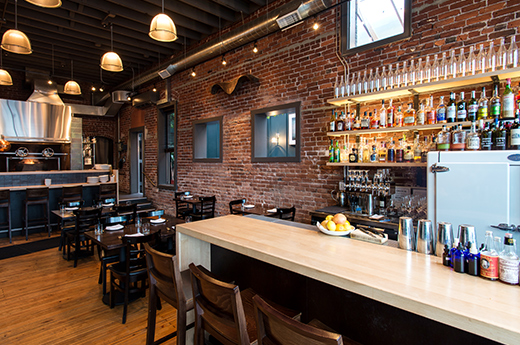 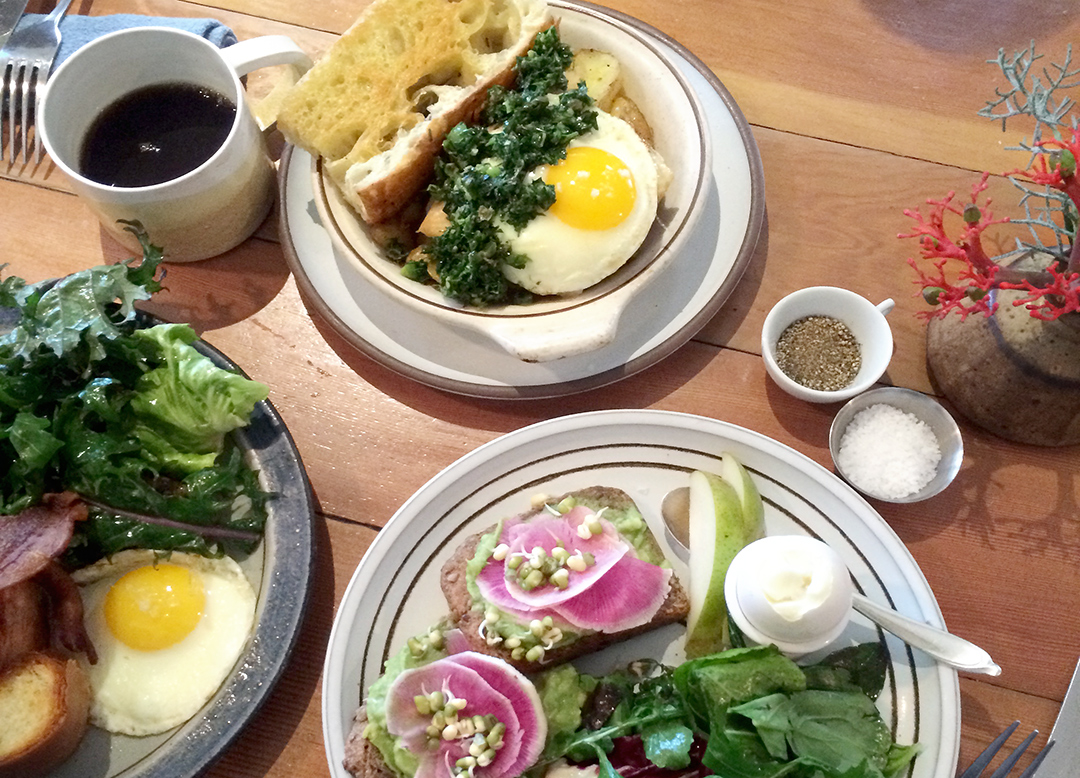 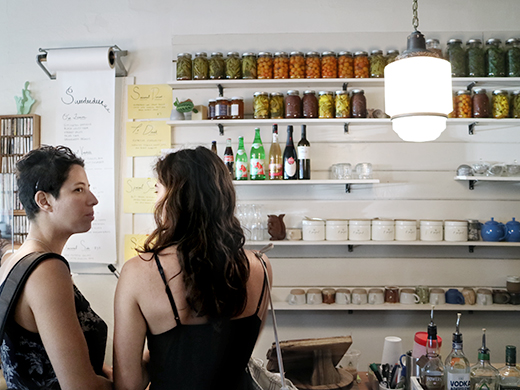 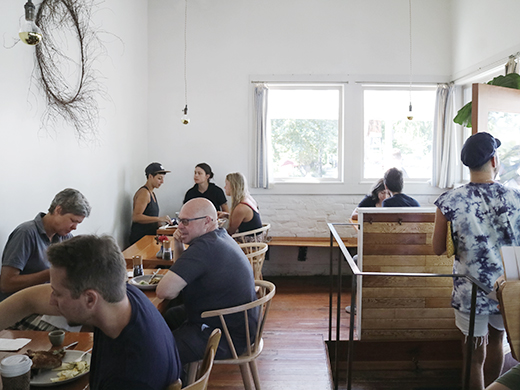 Portland-Style Brunch Restaurant, Sweedeedee
Sweedeedee offers Portland-style brunch plates featuring salads and sandwiches made of fresh local produce, along with cakes and baked goods. Whatever you order, you will get a plateful of food that looks extra fresh for a typical American brunch, thanks to the daily supply of local ingredients the restaurant receives. Sandwiches stuffed with fragrant romaine, spinach, and basil that seem recently harvested, oatmeals, burritos, and house salads are on the menu. Despite the usual long wait on the weekends, a Sweedeedee-only sweet pie with a cup of coffee for the appetizer before the meal is enough to make the wait worthwhile.
Address 5202 N Albina Ave., Portland
Phone +1-503-946-8087
Homepage sweedeedee.com