LOTTE HOTEL Proposes Fine Dining Featuring Star Chefs
LOTTE HOTELS & RESORTS, which previously opened a new horizon in Korea’s food service industry by partnering with world-class chefs, is once again drawing attention with its fine dining restaurants even in the midst of the coronavirus pandemic.
Since when did people start paying attention to the name of a chef instead of the name of the restaurant to choose where to eat? It has only been 5-6 years that chefs became brands themselves and people began viewing fancy dining as a worthwhile expenditure to improve the quality of one’s life. With TV programs featuring chefs and their culinary talent gaining popularity in 2015 and the first publication of < The Michelin Guide Seoul >, acknowledged as the Bible of all dining guides, in 2016, people have taken interest in learning more about celebrated chefs and fine dining.
In fact, LOTTE HOTEL began recruiting top chefs to improve Korea’s restaurant industry even before fine dining became a trend in Korea. In 2006, 10 years before the publication of < The Michelin Guide Seoul >, LOTTE HOTEL SEOUL planned to open the best high-class restaurant in the country. When the term fine dining was still new to people, LOTTE HOTEL had a meeting with world-renowned chef Pierre Gagnaire in Paris. Soon ‘Pierre Gagnaire à Séoul’ was launched. The business trend was followed most recently by ‘STAY’ of SIGNIEL SEOUL and ‘The Lounge’ of SIGNIEL BUSAN. Through the partnership with Michelin Star chefs, LOTTE HOTEL has established itself as a gourmet hotel offering high-class dining experiences and contributed to the growth of fine dining culture in Korea.
LOTTE HOTEL’s latest moves are even more noteworthy. It is attracting those who want to make their special occasions even more extraordinary and experience fine dining without traveling far, with its restaurants featuring menus by top chefs. Global culinary feasts are taking place at LOTTE HOTEL in Seoul and Busan. Here is the overview of LOTTE HOTEL dining options curated by Michelin Star chefs.
Pierre Gagnaire à Séoul at LOTTE HOTEL SEOUL 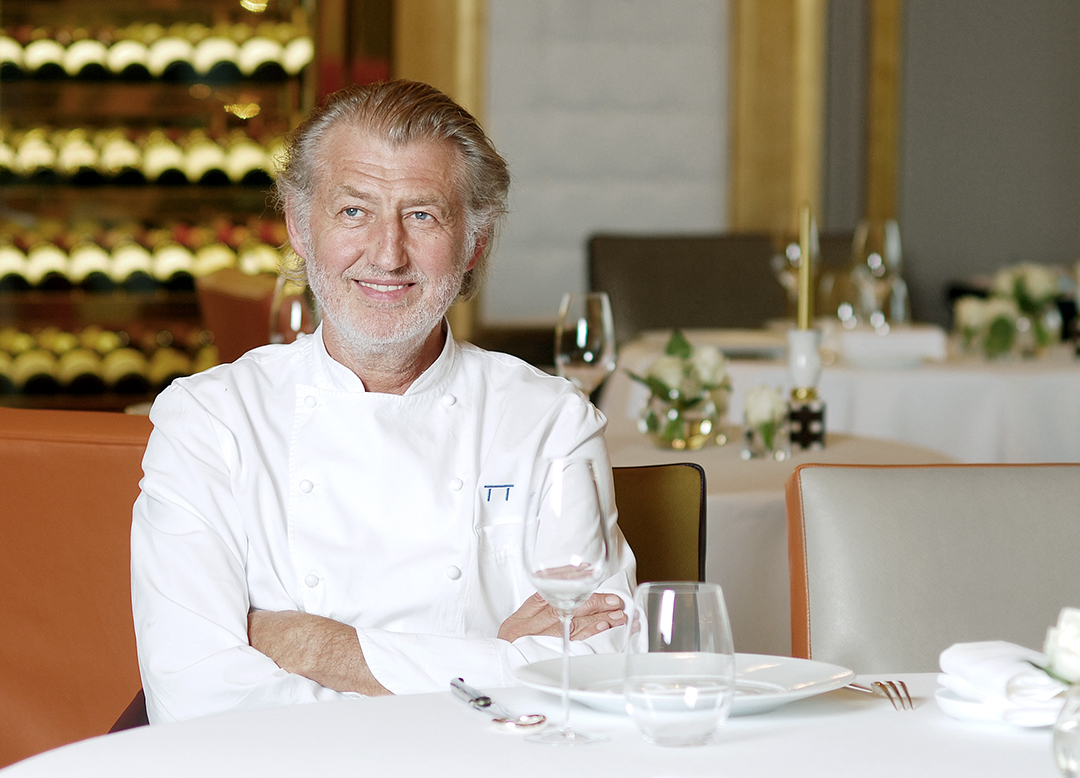 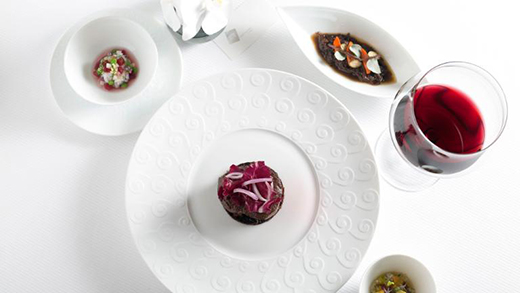 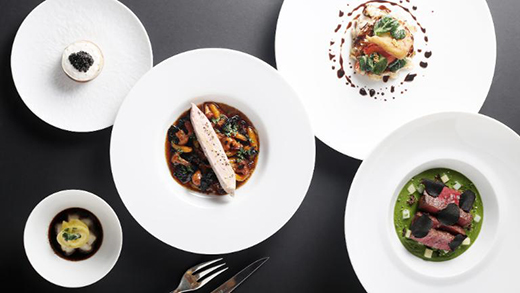 Pierre Gagnaire is a legendary star chef who has earned three Michelin Stars and owns eponymous restaurants in major cities around the world. He combines his creative and artistic sensibilities with local ingredients and cuisine to spread his inspirational French fine dining across the globe. Pierre Gagnaire à Séoul located on the top 35th floor of LOTTE HOTEL SEOUL Executive Tower is his first restaurant in Korea. Except for last year when the entire world was grappling with the pandemic, Pierre Gagnaire has been visiting Seoul two-to-three times a year to oversee the menu and plating at his restaurants. On top of that, French executive chef and pastry chef are working full-time to ensure Pierre Gagnaire’s fine dining is served most perfectly. Since its launch in 2008, the French restaurant went through a period of renovation and reopened in 2018. Its menus composed of trendy and seasonal ingredients, as well as the top-notch service and atmosphere, have led to the decade-long popularity of the establishment. Since 2019, it has earned Michelin 1 Star for two years in a row. 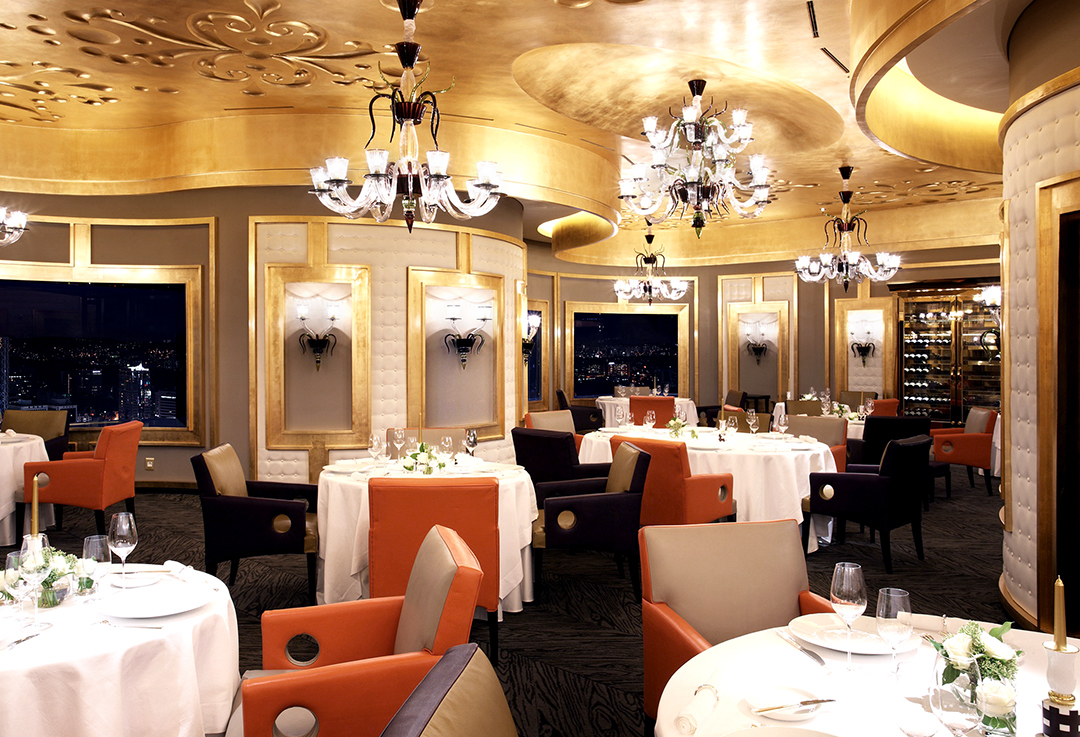 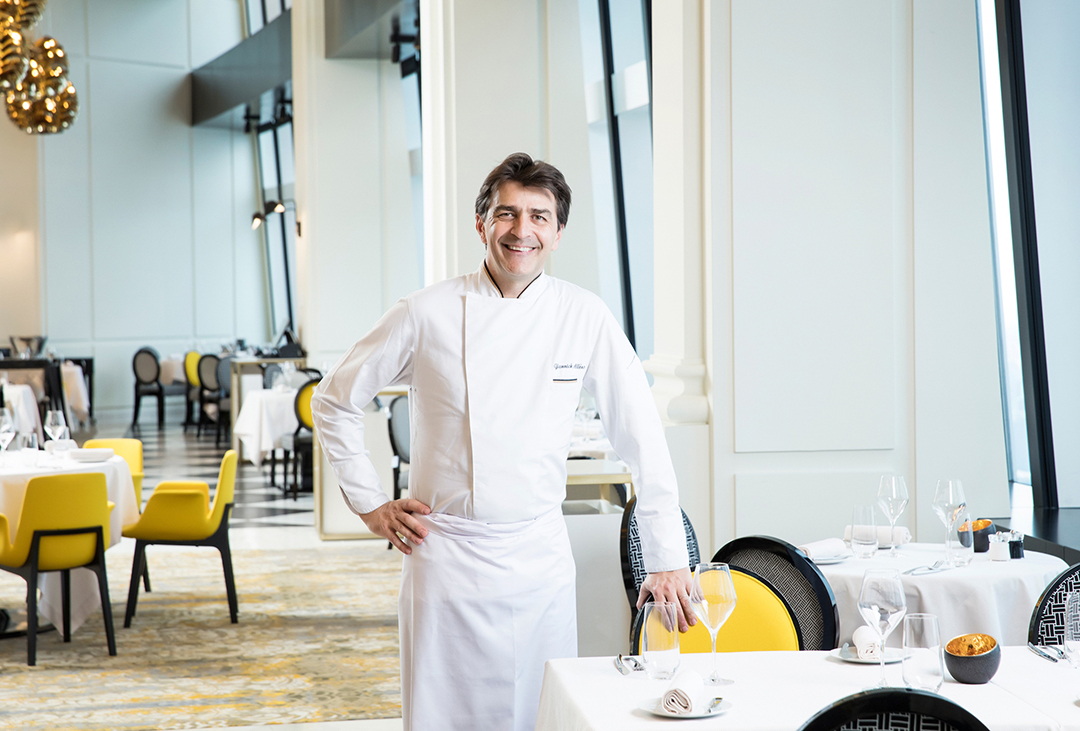 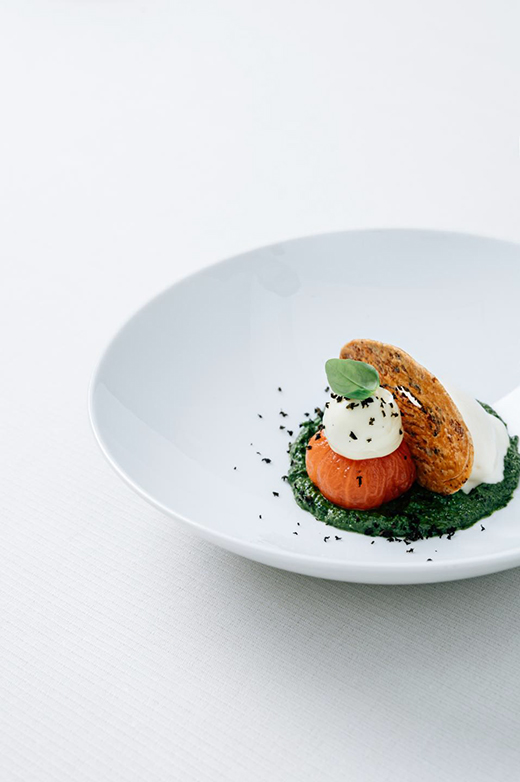 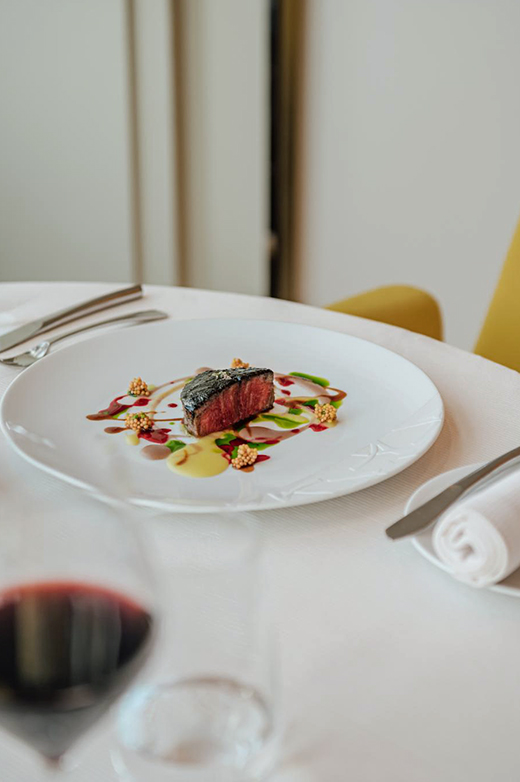 Yannick Alléno is a three-Michelin-starred chef who has been chosen as ‘Chef of the Year’ twice by prestigious French epicurean guide < Gault & Millau >. He is another big-name French chef that LOTTE HOTEL has formed a partnership with upon launching its ultra-luxury SIGNIEL brand in 2017. Yannick Alléno’s casual French restaurant ‘STAY’ sits on the 81st floor of SIGNIEL SEOUL. The famed chef also is the executive director of all food and beverage services in the Seoul hotel including wedding ceremonies and room service menu. Any guest staying at SIGNIEL SEOUL can experience the flavor and style suggested by Yannick Alléno. Having won Michelin 1 Star for three consecutive years since 2018, STAY has established itself as Korea’s leading French restaurant. 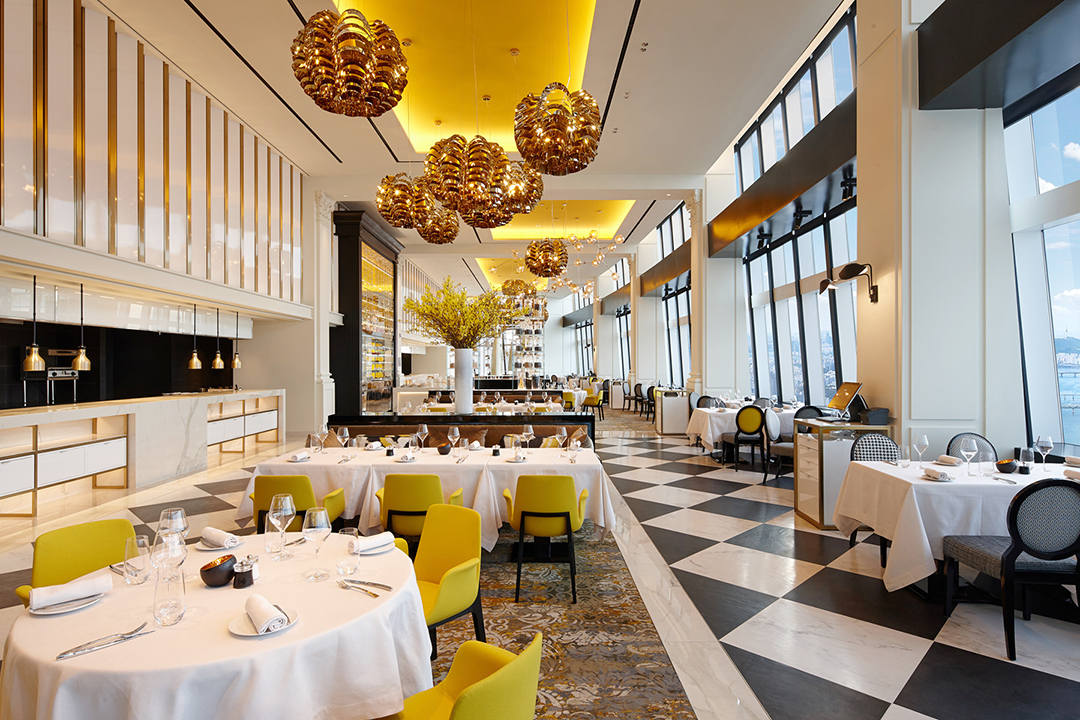 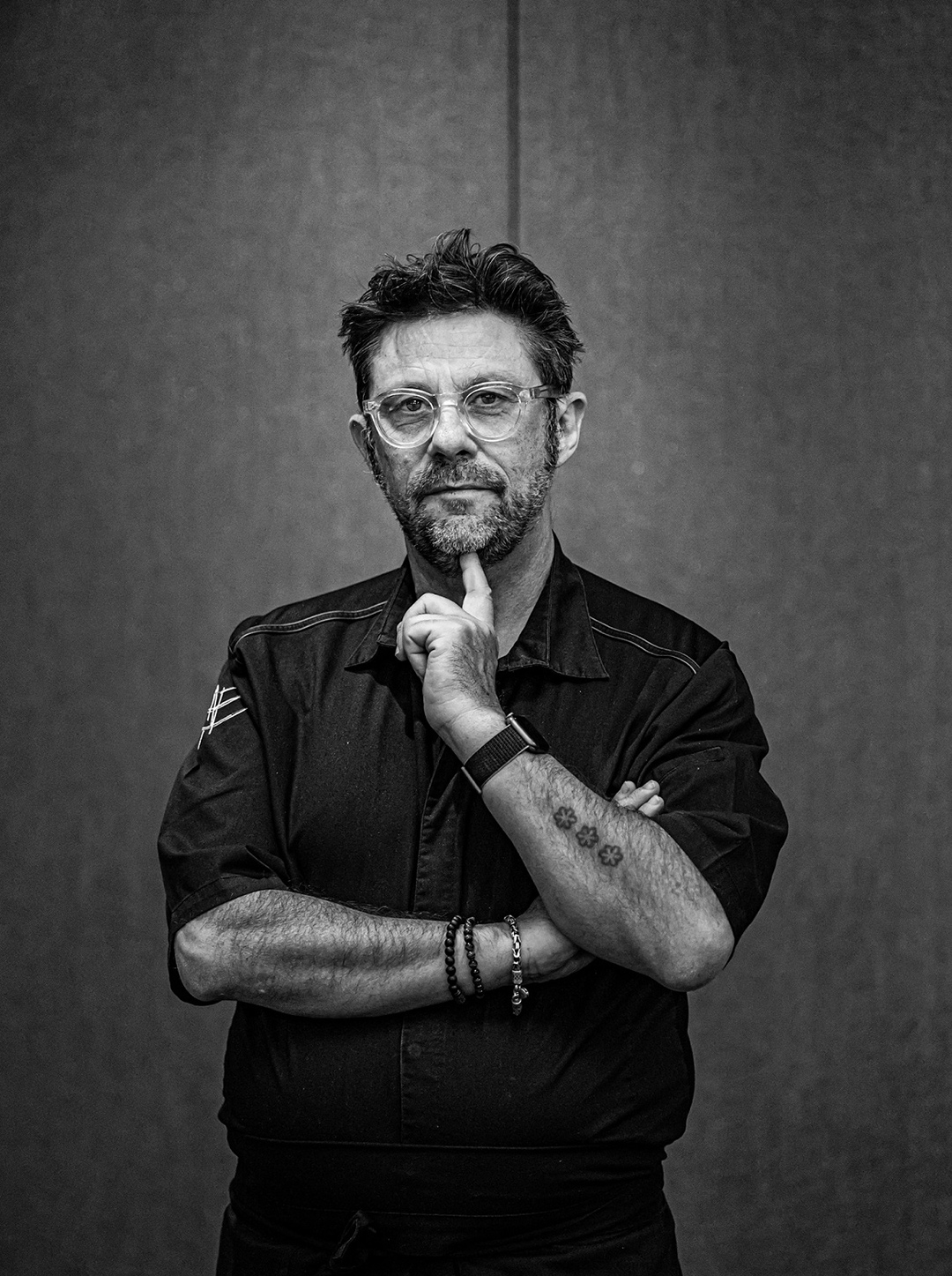 Born in France, Bruno Menard inherited culinary talent from his grandfather who was a chef and his father who was a chocolatier, and worked in the United States, Japan, and France. Currently he operates a F&B consulting business named after him. He became famous as the first-ever chef to receive three Michelin Stars in the first year of evaluation. He has a picture of Michelin 3 Star tattooed on his left arm. His desire to experience diverse cultures has led him to Busan. LOTTE HOTEL was looking for a creative professional who could use seasonal ingredients to make innovative dishes, and Bruno Menard fit the profile. He oversaw the launch of ‘The Lounge’ at SIGNIEL BUSAN in 2020 along with F&B services for the hotel banquets, weddings, and in-room dining. The Lounge’s afternoon tea set, in particular, is famous for its eye-catching styling, which prompted a collaboration project offer by a global luxury brand. 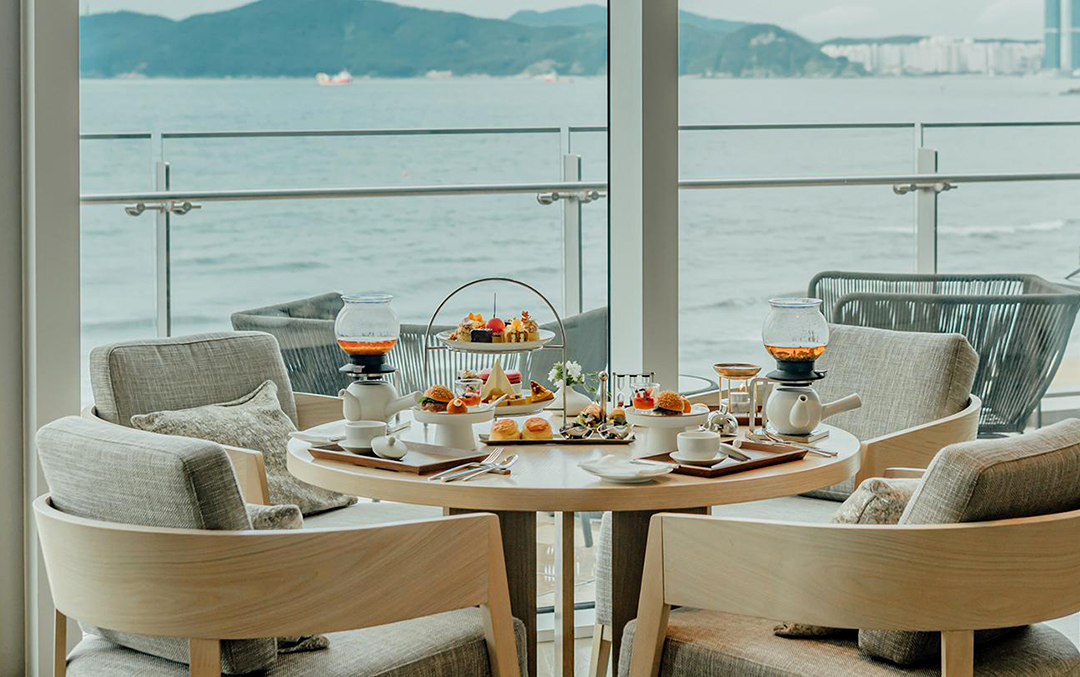 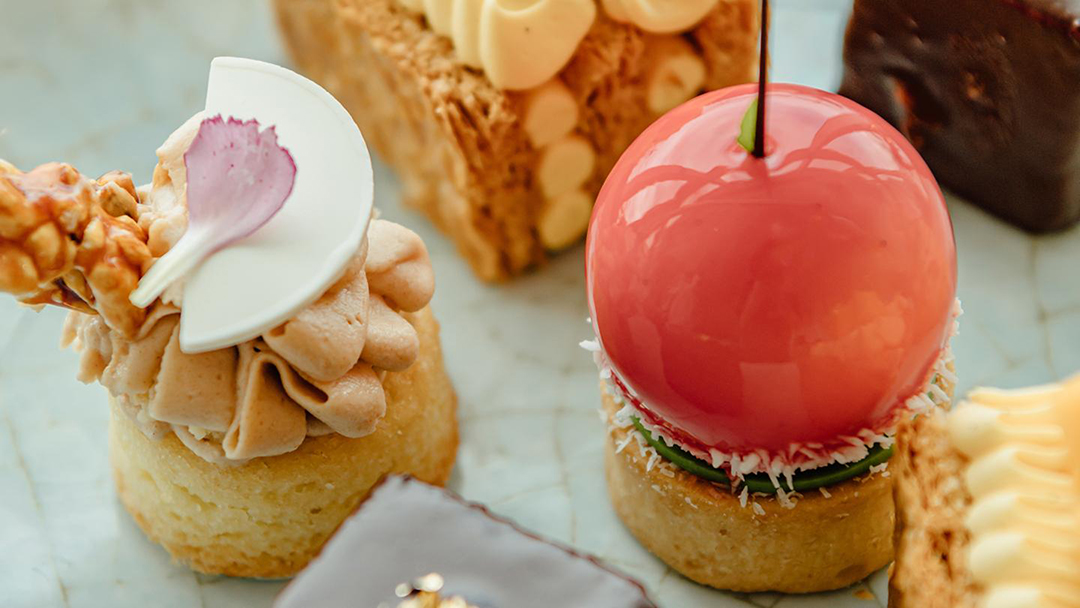