Jeju Staples, Riding the Ark of Taste
Here are some of Jeju Island’s homegrown ingredients and local staple foods that have been long forgotten and are in danger of fading away for good. Jeju’s ‘Ark of Taste’ project is trying to promote them so that they can continue to be produced and enjoyed. Here are 23 types of foods that you should know, remember and taste.
Preserve and Produce before They’re Forgotten
The Biblical story of Noah able to save his family and animals from a massive flood with his ark is widely known. And an ark has come to represent something that can rescue or protect people or things.
There are now foods that must be preserved. In the name of efficiency of the capitalist economy where large portions, speed and low cost trump over everything else, we’re all eating the similar types of foods made with same ingredients. They are increasing in numbers, and local staple foods and ingredients are being pushed to the peripheries because they’re deemed inefficient. 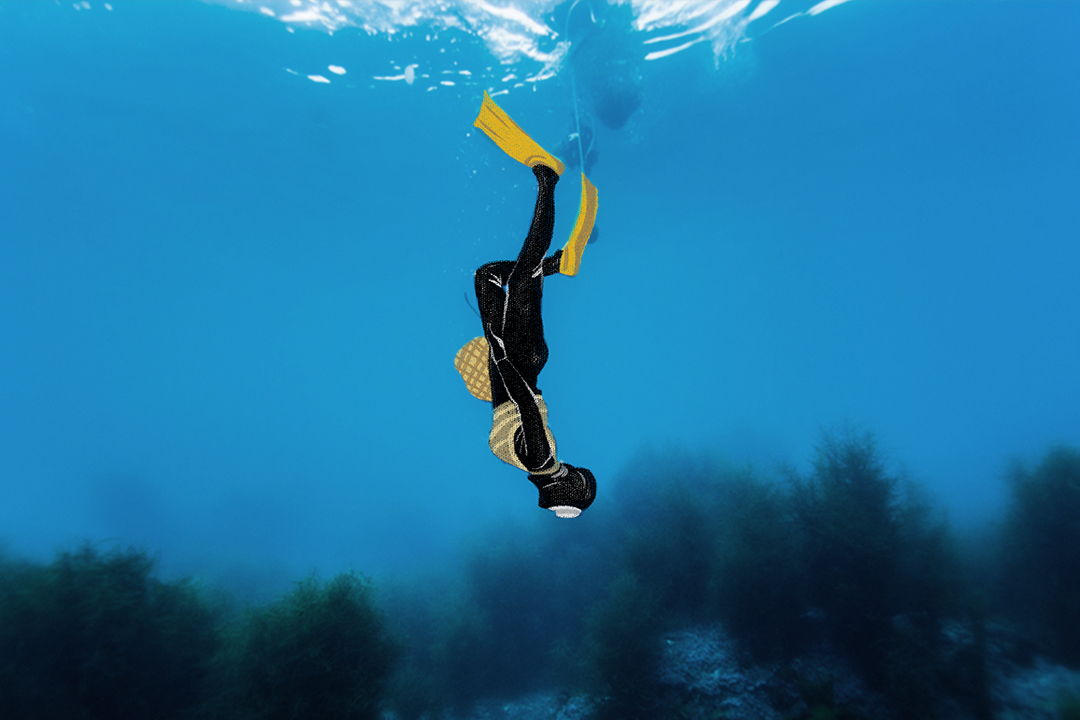 Slow Food Korea has launched the ‘Ark of Taste’ project to preserve and rescue culinary cultures and food materials that are on the brink of extinction. The project designates food items for preservation based on following criteria: having distinctive flavors; having connections with the local environment, community, economy and history; being in danger of extinction; and being produced in traditional ways.
Ark of Taste lists foods and their ingredients for different reasons than seed banks. Seed banks store seeds to help extend the life of particular breeds. Ark of Taste wants to promote foods so that consumers can enjoy them and producers can keep making them for consumers. This would build a virtuous retail circle. See, for instance, how tourists flock to see a place designated as UNESCO World Heritage Site. If we don’t eat certain foods, they’ll disappear for good.
As of December 2020, 5,428 products from about 150 countries had been listed on the Ark of Taste. From Korea, 103 have been put on the list since 2013, starting with Jeju green soybean. There are 23 products from Jeju. We’ll introduce you to some of the more obscure ones, including kangsool, pheasant yeot and daengyuji. 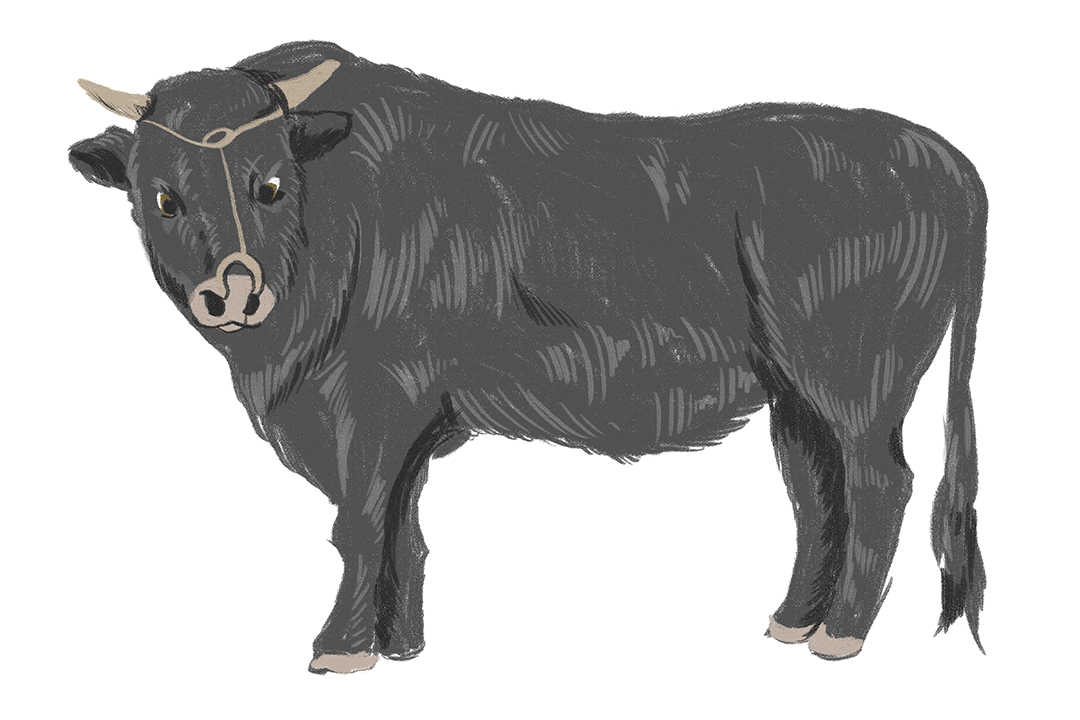 Jeju Black Cattle
The small native cattle are all black. They were used for royal farming activities during the Joseon Dynasty, but they were almost obliterated during the Japanese colonial period. Since 1992, black cattle’s numbers have gone up thanks to genetic resource collection and breed management. Thanks to their high oleic acid, Jeju black cattle provide delicious meat. In 2013, it was designated as Natural Monument No. 546. 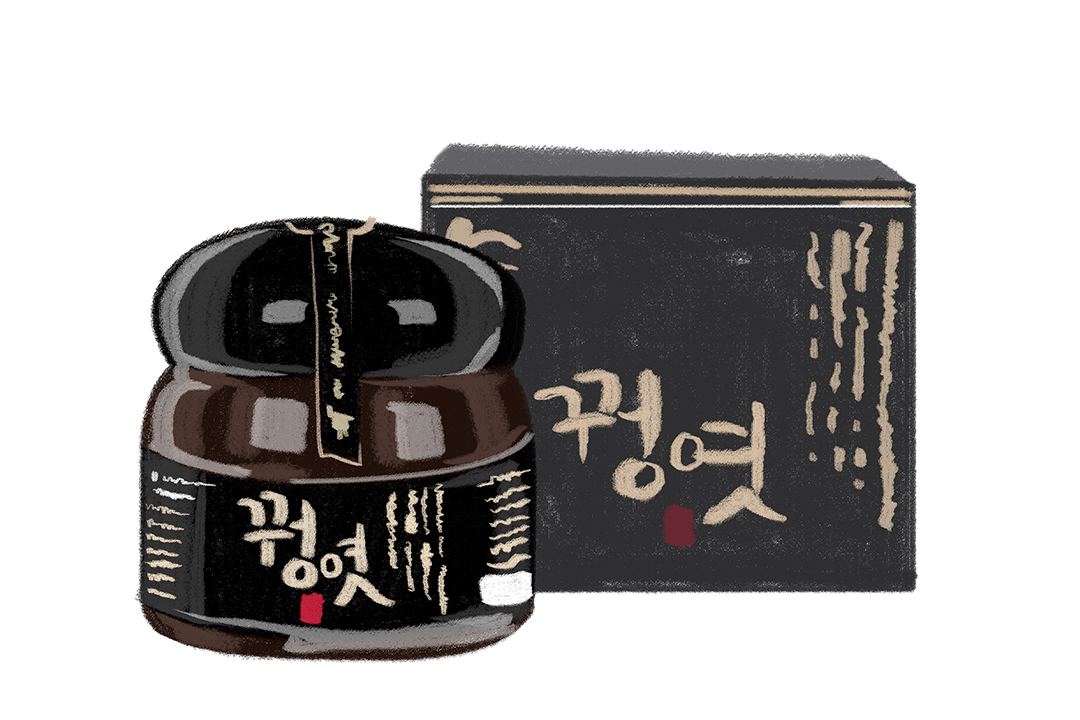 Jeju Pheasant Yeot
Quite literally, it’s yeot (sweetener) made from pheasant. With rice in short supply in Jeju, glutinous millet was the main staple back in the days. To make pheasant yeot, malt made from barley is mixed with glutinous millet and is fermented. The fermented mixture and small pieces of pheasant meat are boiled for over a day to get yeot. While yeot literally translates into taffy, pheasant yeot has the texture of a thick jam. Back when sweet flavors and meat were hard to come by, this was an important source of protein. 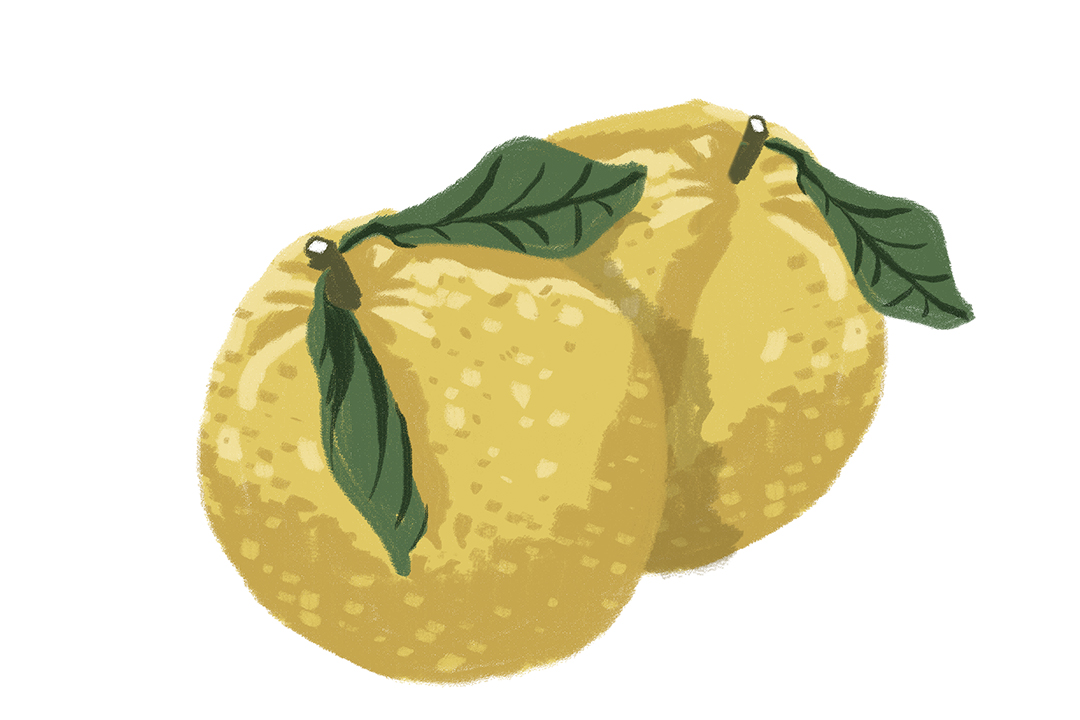 Jeju Daengyuji
Grown only in Jeju in Korea, this type of pomelo is also called dangyuja. Thought it may have come from Tang Dynasty, it remains difficult to verify its exact origins. It can grow as large as a watermelon. Both the rind and fruit are edible, but because of their sour and bitter taste, they’re mostly boiled for tea. It’s easier to find them at herbal shops as cold medicine than at fruit stands. 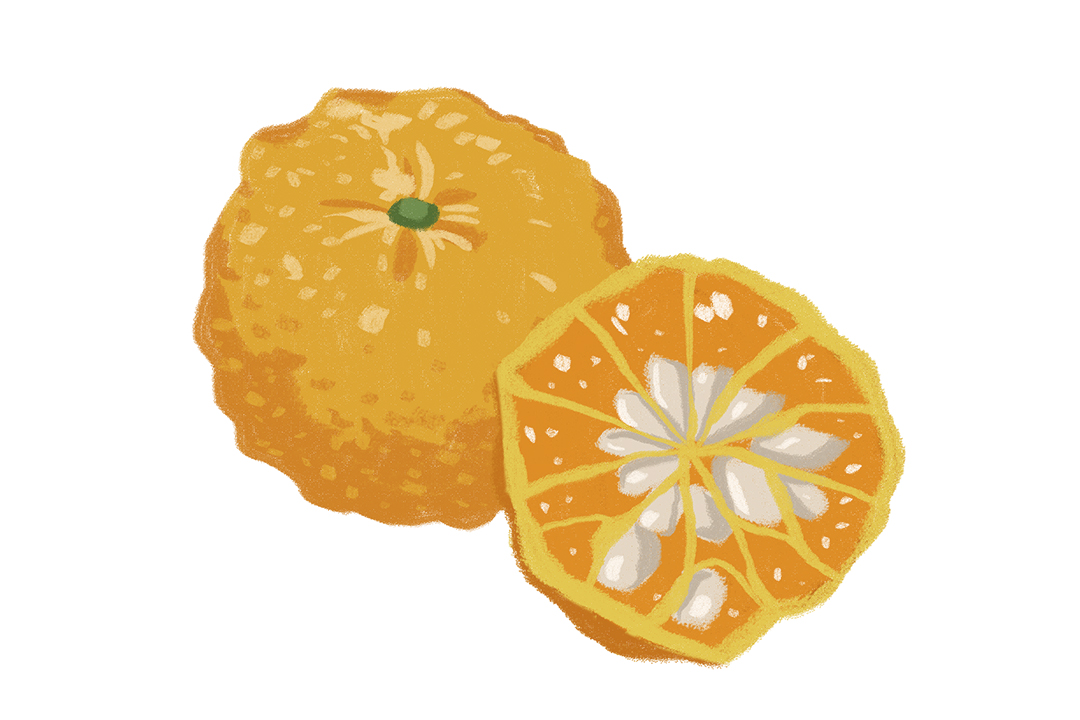 Sanmul
It’s a citrus tree native to Jeju, with ‘jingyul’ being another name. You can enjoy the fruit, and the dimpled rind could be used as medicine after getting soaked in water used to rinse rice and dried. Rind was more valued than fruit. And a scientific analysis is ongoing on effects of sanmul rind. 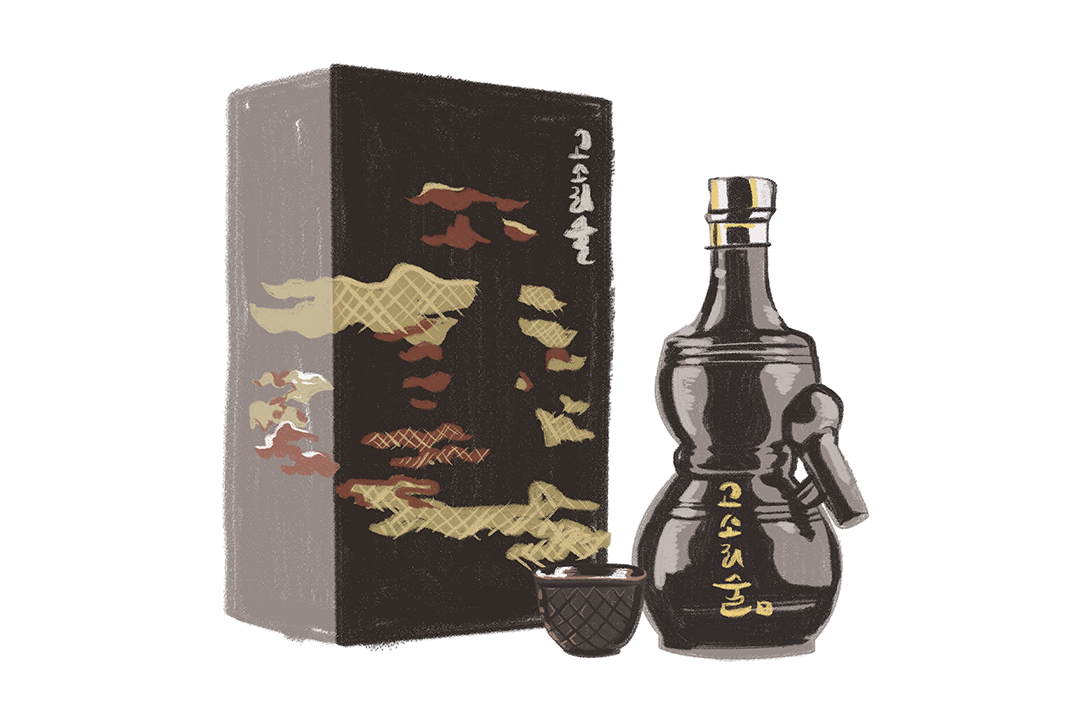 Jeju Gosorisul
It’s the traditional distilled liquor (soju) of Jeju. Soju came down from the Yuan Mongols during Goryeo Dynasty. Kaesong, old capital of Goryeo, and Andong, the headquarters for forces against Japan, and Jeju, which grew war horses, all became major producers of soju because they were all main posts for the Yuan Dynasty. Gosorisul is made by distilling Jeju’s millet using the apparatus called gosori. Along with Andong Soju, it’s a leading distilled beverage south of the border. It’s smooth and doesn’t cause hangovers. 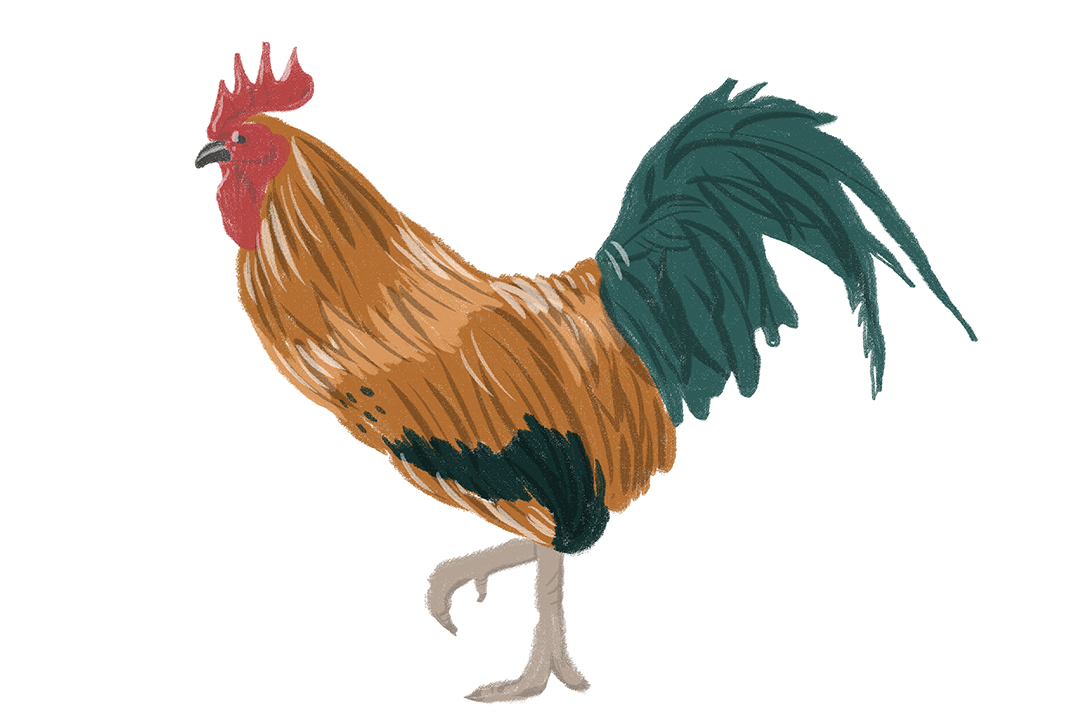 Jeju Native Chicken
Native chickens of the island have black feathers, with thick plumage around the neck, and have long tails. They’re also quite strong, and their meat, without much fat, is chewy. Until the 1970s, it was a Jeju tradition to eat native chicken on June 20 on the lunar calendar to boost energy. Gradually, native chickens gave ways to inexpensive, cross-bred types. 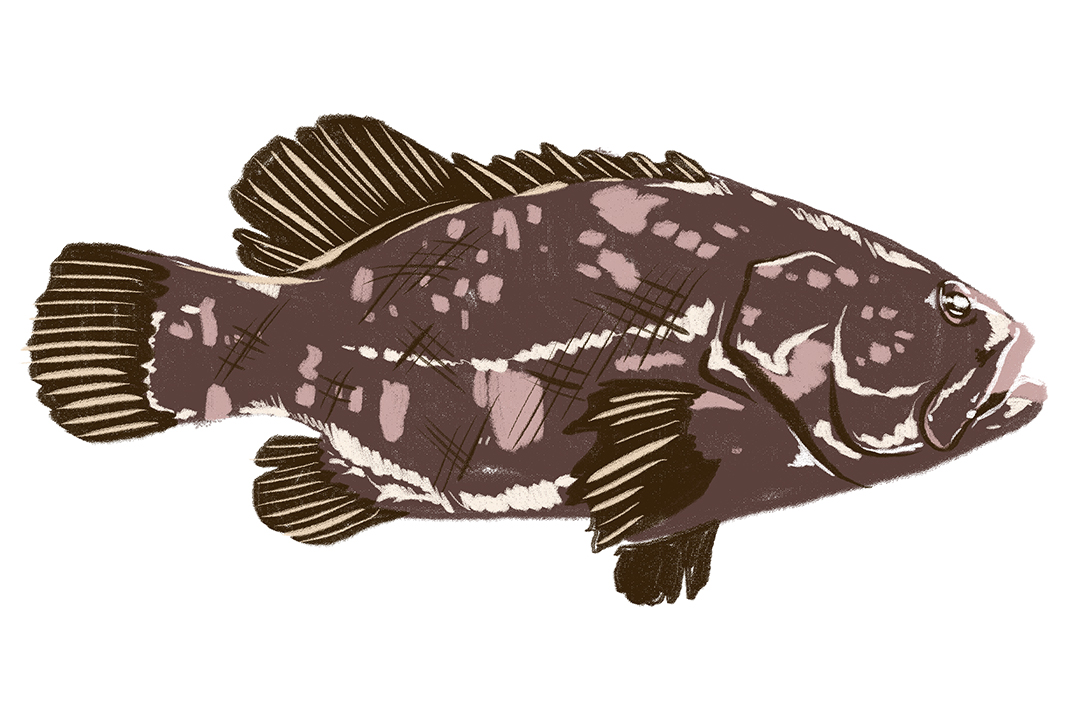 Dageumbari/Jabari
Dageumbari is considered high-quality fish among epicures. At raw fish restaurants, you’ll often hear debates about whether dageumbari on the table were wild-caught or farmed. Dageumbari and jabari are two different types of fish. But there has long been confusion in Jeju, where people called jabari dageumbari. Either way, dageumbari has clean, deep taste without the fishy flavor. Depending on the fish’s size, there are different ways to tell which parts could be eaten. In Jeju, new mothers ate a bowl of clear dageumbari soup per custom. 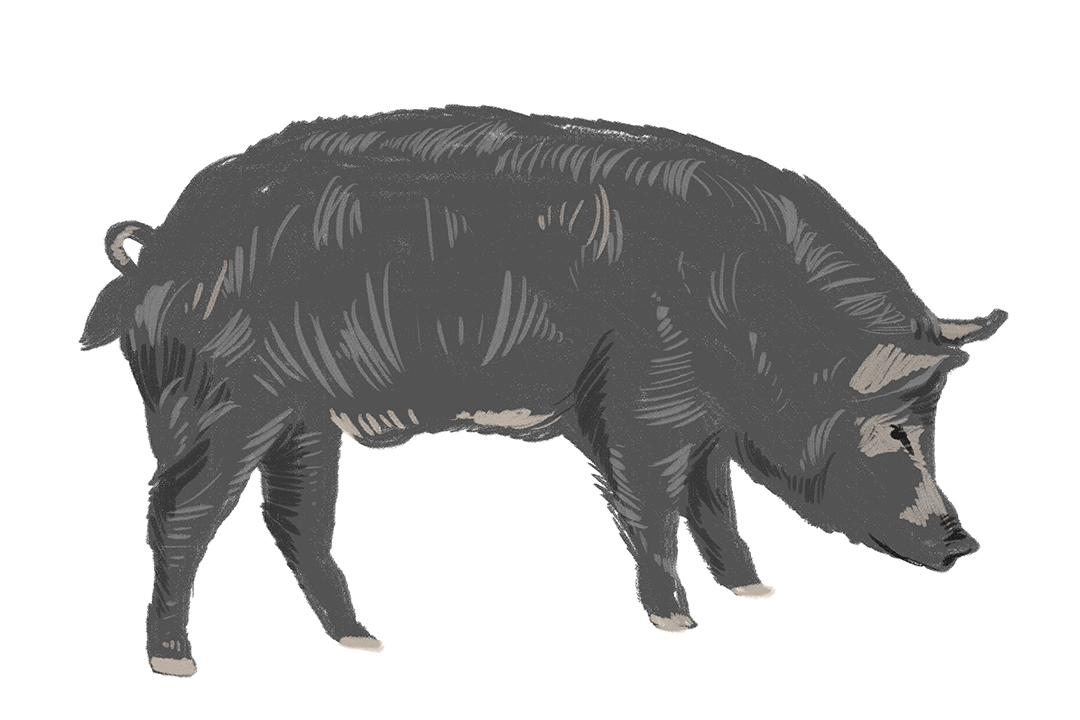 Jeju Native Pig
These pigs are believed to have been brought to Jeju from Manchuria about 2,000 or 3,000 years ago. They grow more slowly than regular pigs and only reach slaughter weight after about 10 months. Even then, the typical black pig is smaller than other breeds. Its pork has the chewy texture but isn’t exactly cost-effective. The popular black pigs that we see today are of a mixed breed with Berkshire pigs. They’re used to serve dombegogi (boiled pork), mohm soup and pork yeot, among other Jeju staples. The native pigs are so rare that they’re mostly raised to maintain the breed. 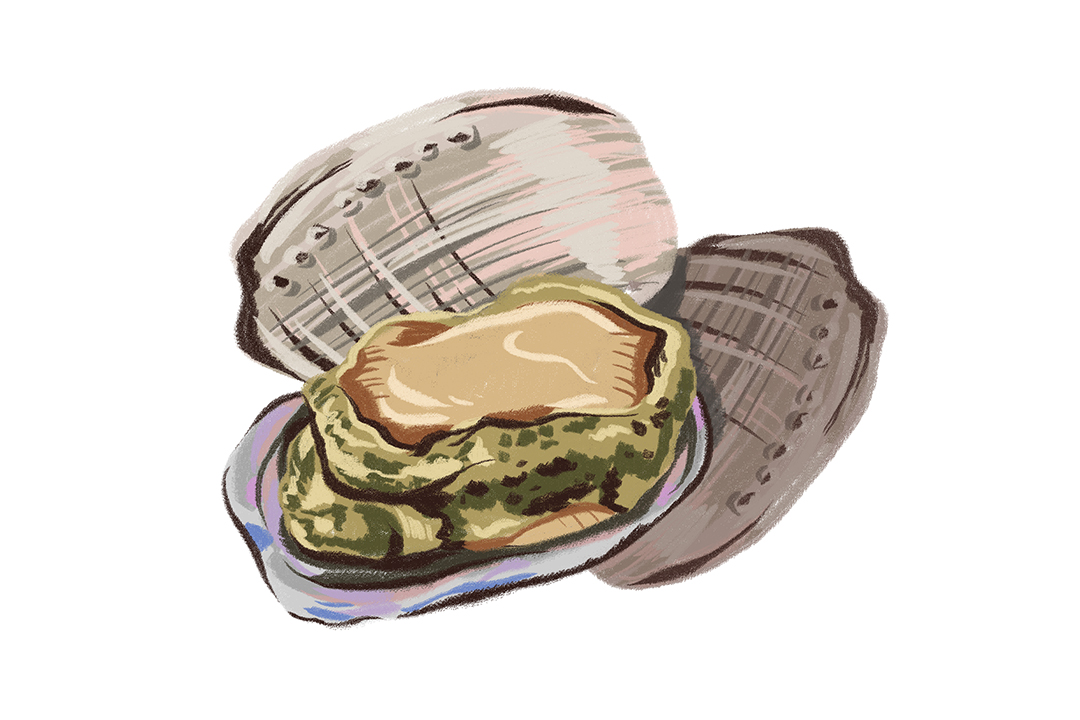 Jeju Obunjagi
It’s also called tteok jogae in Jeju dialect. Many mistake them for baby abalones, but they’re completely different breeds. The spiracles for the abalone protrude from the surface, while those for obunjagi are flat. The abalone has no more than five spiracles but the objunjagi has at least six. In the past, obunjagi used to be alternatives for abalones. But the tables have turned, and many restaurants now replace obunjagi with abalones due to reduced harvest. 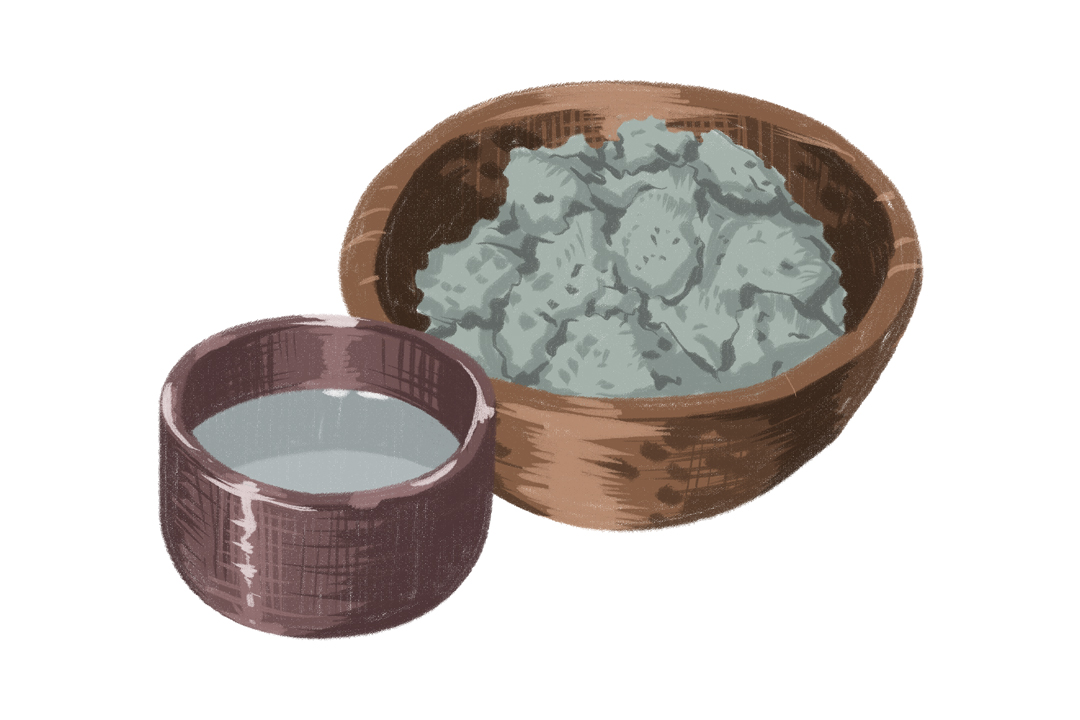 Jeju Kangsool
It’s a solid form of drink that you really won’t find anywhere in the world. Glutinous millet from the island is ground to make omega tteok, and it’s mixed with wheat malt made from local wheat before it’s placed inside a jar. Keep it there for four months for fermentation and drying, and you end up with kangsool. You can dilute it in water to get takju, a form of alcoholic drink. It used to be a popular choice of drink for herders. 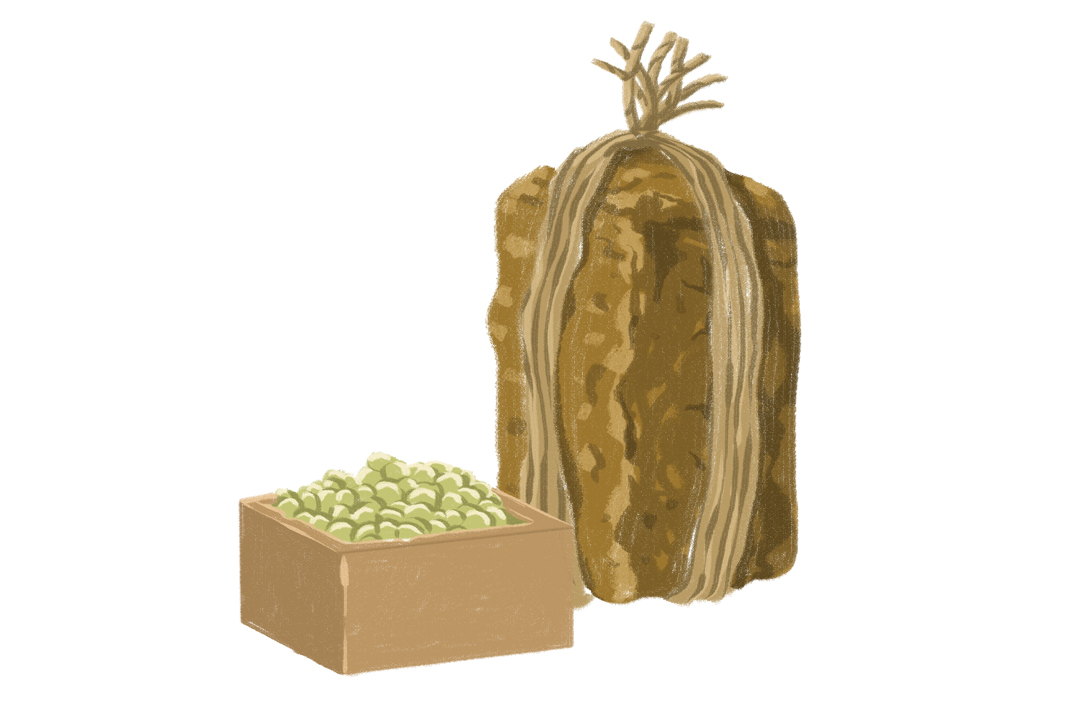 Jeju Green Soybean Paste
Pureun kong, Jeju’s local soybean, is also called pureen or pureun dok saegi kong. It has a sweeter flavor than regular beans, and when it’s made into fermented soybean paste, its taste is unique. Its subtle sweetness makes it a fine base for Jeju soybean paste cold soup or Jeju-style mulhoe (raw fish soup). Nuruk (a fermented grain made from barley or wheat) is added when the solid lump is separated from soy sauce. It makes this type of paste more delicious and nutritional. 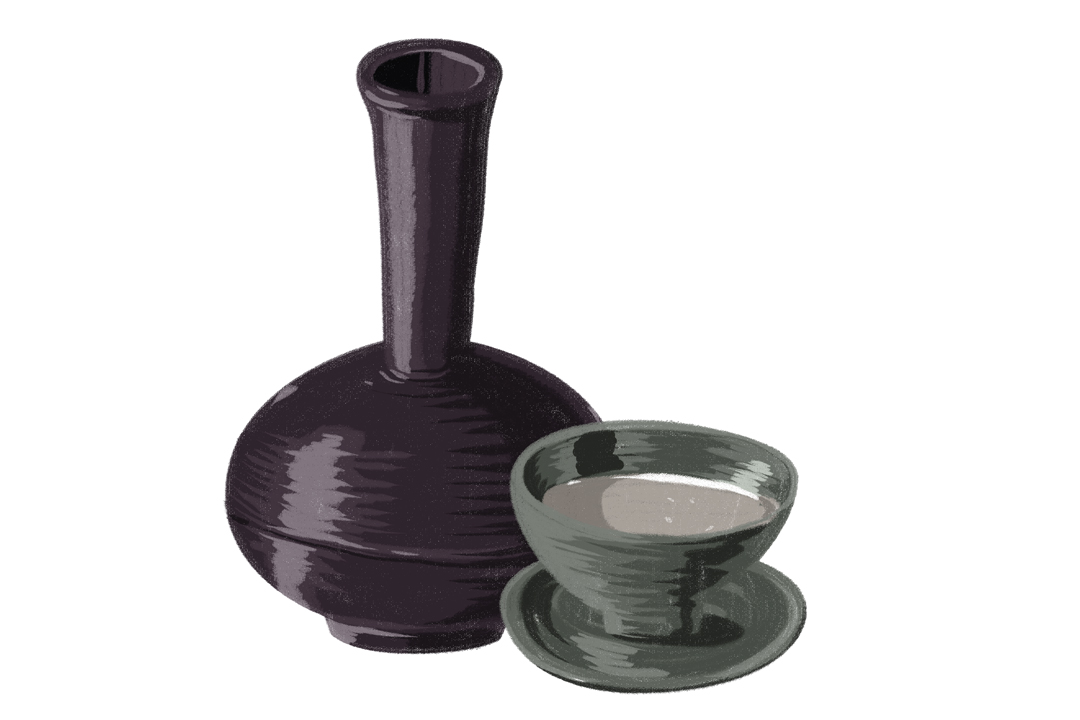 Golgamjoo
It’s Jeju’s local rice beverage. ‘Gol’ is an old Jeju word for malt. Glutinous millet and native rye are boiled into a mush. Once cooled, it’s mixed with ‘gol.’ Leave it for about half a day and fermentation will begin. Filter it through cotton cloth and boil it over low heat to get your golgamjoo. 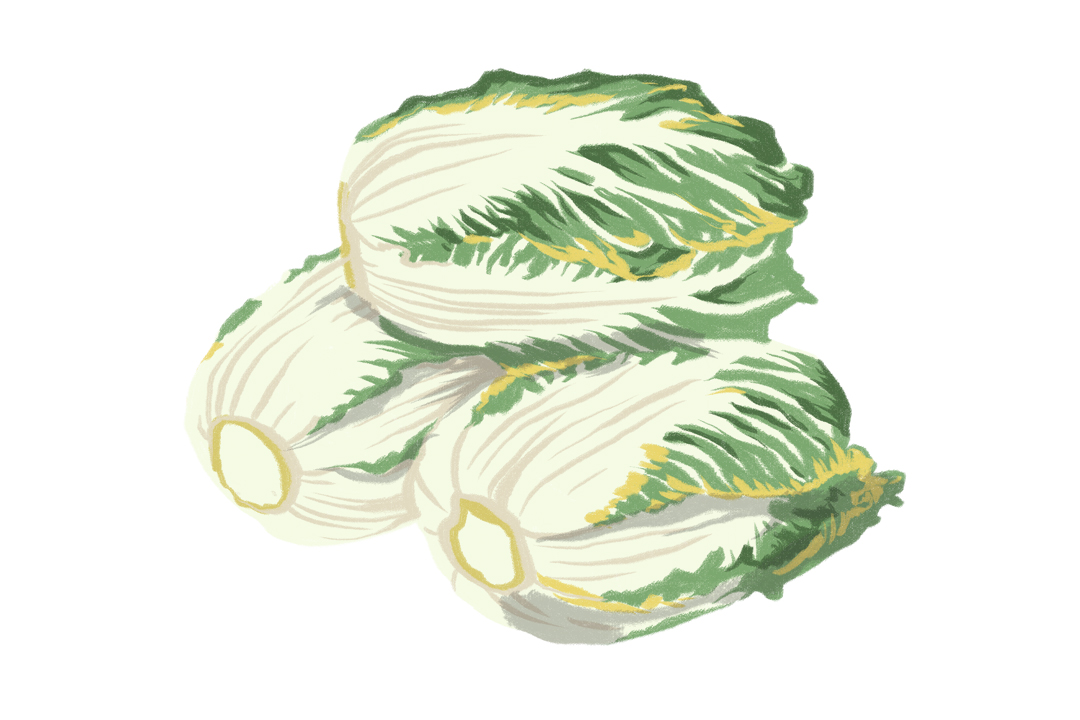 Gueok Cabbage
The native cabbage is grown and cultivated in the town of Gueok, Seogwipo. Napa cabbages are divided into two categories: a stuffed type with a head and a sparse type without one. The Korean native types fell in the latter category. Until the Chinese cabbages with heads began to be imported around the Sino-Japanese War, we mostly made kimchi with radish. Back then, Gueok cabbages had the head and also featured a fresh, crisp taste, making them ideal for kimchi. 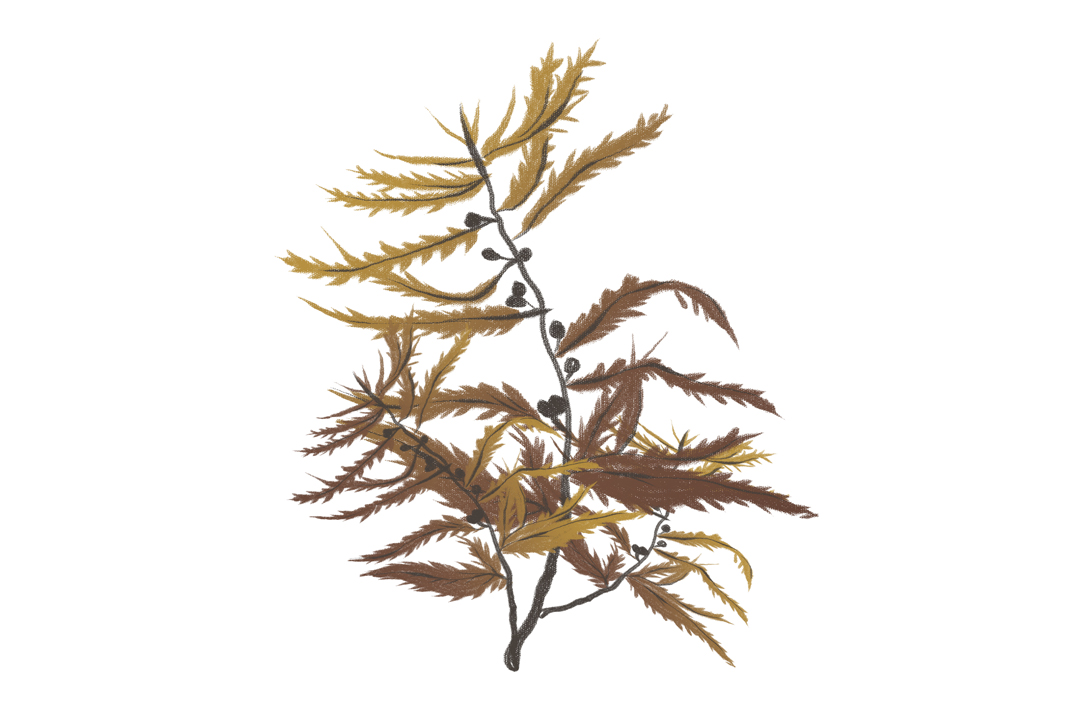 Jeju Chammohm
Chammohm, a type of brown algae, is a widely-used ingredient in Jeju. The locals use pork for all types of ceremonies, and mohm soup, with pork and intestines broth mixed with mojaban, is a signature Jeju dish. Mojaban helps prevent fat absorption, and does goes well with pork. Mohm soup remains popular among tourists in Jeju. 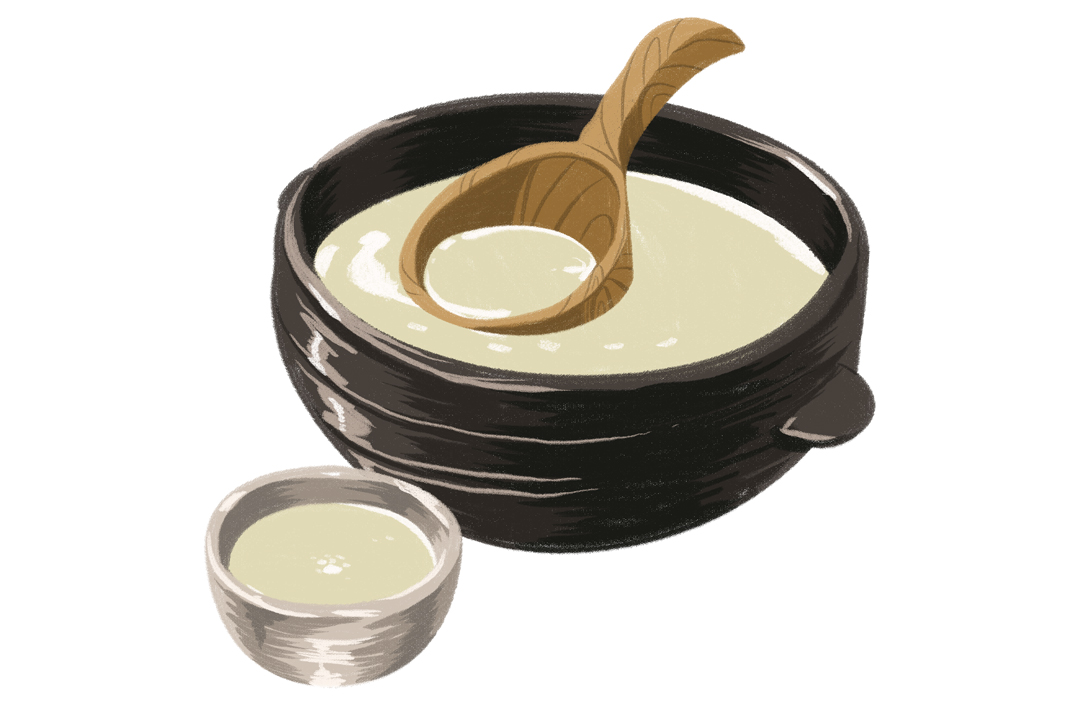 Jeju Sundari
It’s a drink made by using leftover rice, and it’s also called shindari (with ‘shin’ meaning ‘gone bad’). Before cooked rice does go bad, mix it with malt made of barley or wheat and ferment it to get that signature sour taste. The typical sundari is made with cooked barley, but the type made with white rice is sweeter. It was a common drink in Jeju until the 1960s, but the advent of electric rice cooker in the 1970s and 1980s pushed it into obscurity. 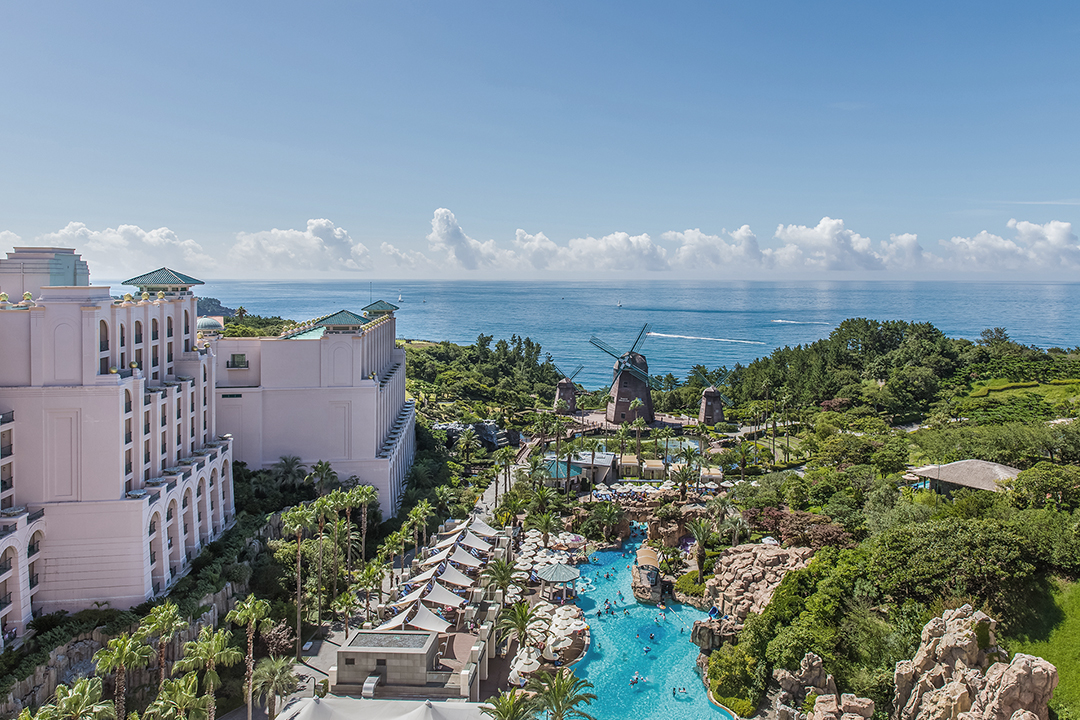 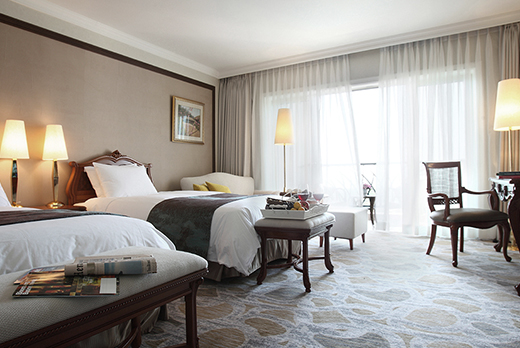 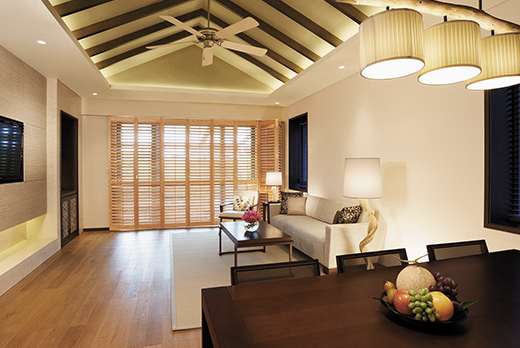 Where to Stay in Jeju: LOTTE HOTEL JEJU
LOTTE HOTEL JEJU is a resort hotel with 500 rooms located in Jungmun Tourist Complex. The hotel’s design was inspired by the South African resort hotel, ‘The Palace of the Lost City,’ and as it blends in with Jeju’s spectacular nature, LOTTE HOTEL JEJU boasts an exotic vibe. At all-day diner, ‘THE CANVAS,’ you can choose from some 140 dishes prepared with quality local Jeju ingredients carefully selected by our hotel chefs. The all-season, warm-water pool and Hello Kitty character room are among popular features for families and couples.