Musical Journey to Record Shops in New York
Around the world, vinyl records are all the rage now. New York, home of numerous record shops, is clearly no exception.
Vinyl records are also known as LPs. <Vinyl Nation>(2020), a documentary film released in the U.S. last year, delves into the tumultuous history of vinyl records. The documentary also covers ‘Record Store Day.’ In 2007, the market for vinyl records, pushed aside by CDs and MP3 files, was at an all-time low. And a few record shop owners in America joined forces to create Record Store Day, in an attempt to revive the cultural functions of independently-owned shops. 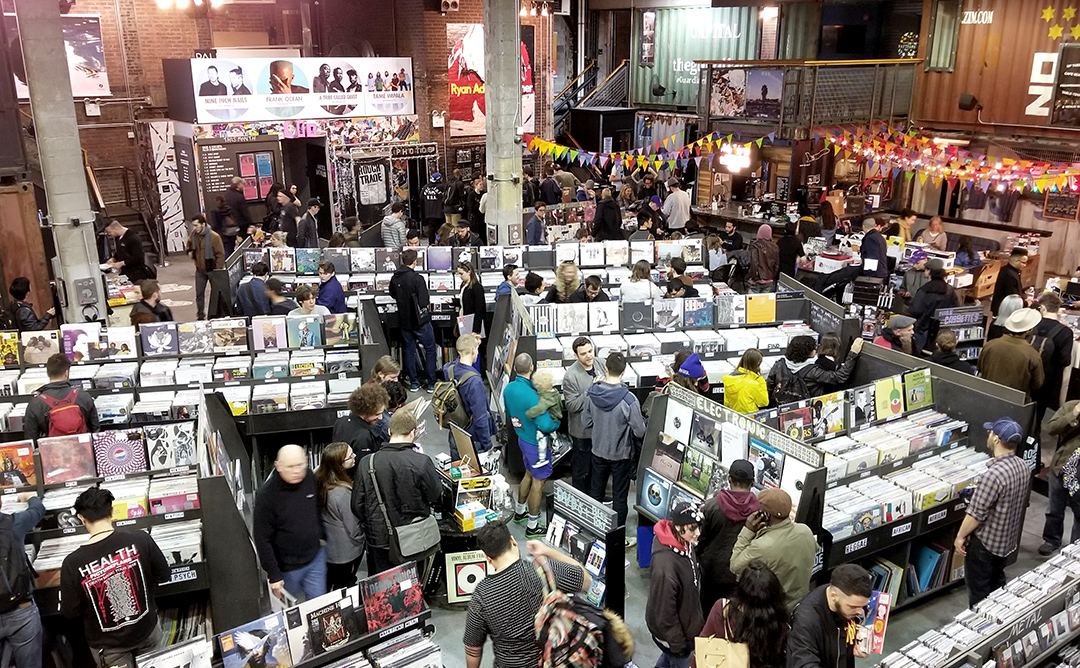 Shop owners recruited help from artists to produce limited edition records and CDs that could only be purchased at stores on this particular day. Live performances were held inside stores, too. The celebration has grown to include such mega acts as Metallica and White Stripes. Record Store Day, which has become an international occasion, served as the turning point for the dying industry.
New York, at once the birthplace of American punk rock, rap and hip hop, and also the popular base for legendary jazz artists, is also home to record shops that are very much part of the history of the vinyl culture.
‘Jazz Record Center,’ Essential Stop for Jazz Enthusiasts 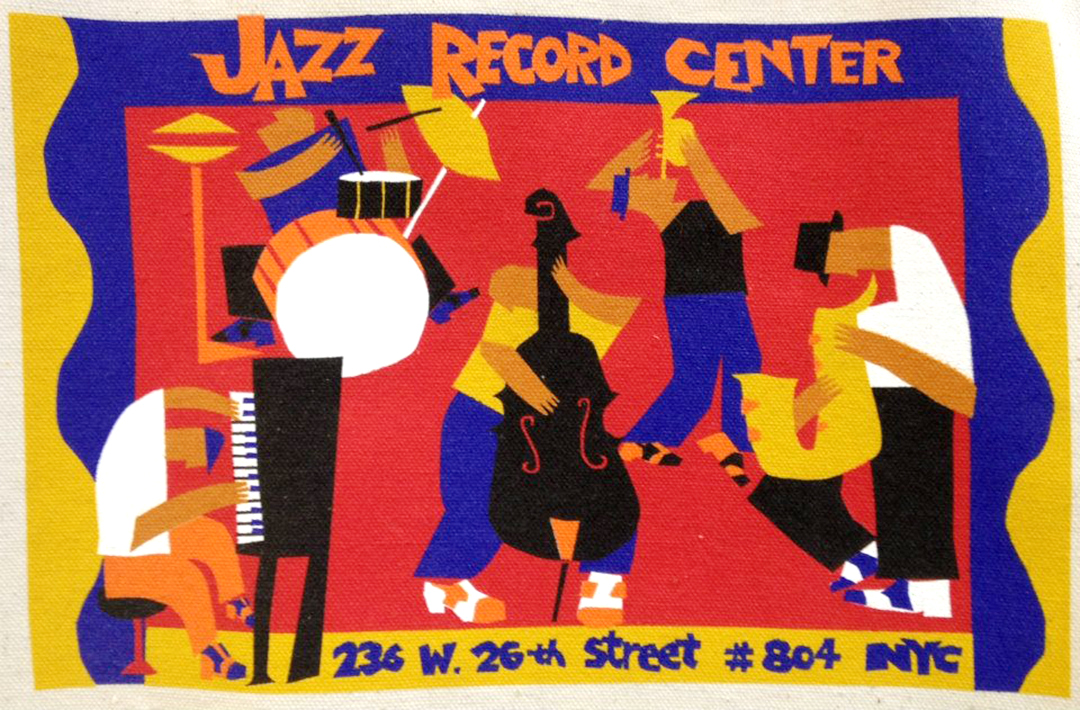 ‘Jazz Record Center’ is located in New York’s Chelsea neighborhood. Owner Frederick Cohen, who’s been running the shop for 38 years, has an interesting take on the recent revival of vinyl records. He believes that, if hip-hop DJs hadn’t been using vinyl records for sampling, there wouldn’t be as much interest in LPs. Young people who saw vinyl records for the first time at clubs fell in love with their unique aura. Cohen often sees young jazz fans in the 18-30 bracket. 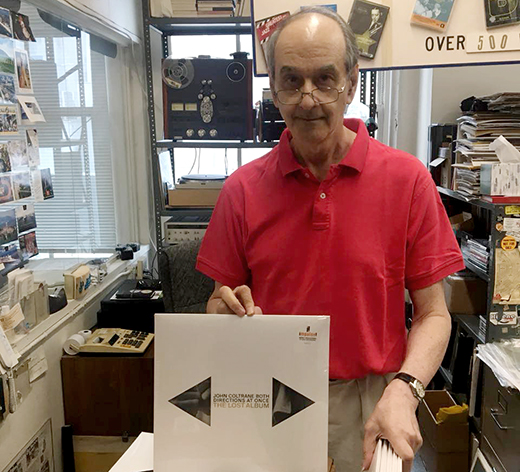 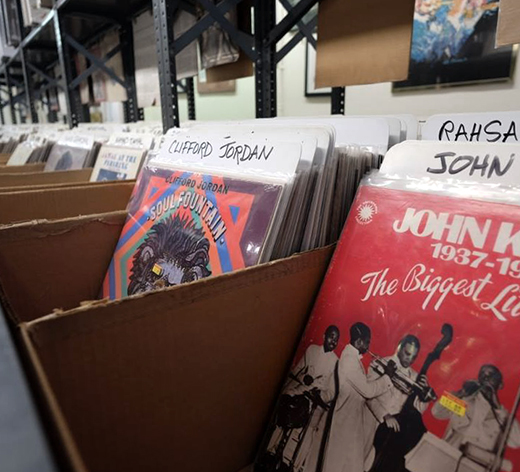 Unlike other shops facing streets, Jazz Record Center is nestled up on the eighth floor of its building. It has the vibe of a library or an archive center. The shop opened in that particular location for financial reasons in 1983, and now, its location has since become a part of its identity. The shop obviously sells LPs, but also offers CDs, DVDs, magazines and books on jazz. Vinyl records produced by the famed jazz label Blue Note Records are by far the most popular items at this shop. Cohen was fielding so many questions from jazz enthusiasts from all over the world that he ended up writing a definitive guide, titled. <Blue Note Recordings: A Guide for Identifying Original Pressings>. 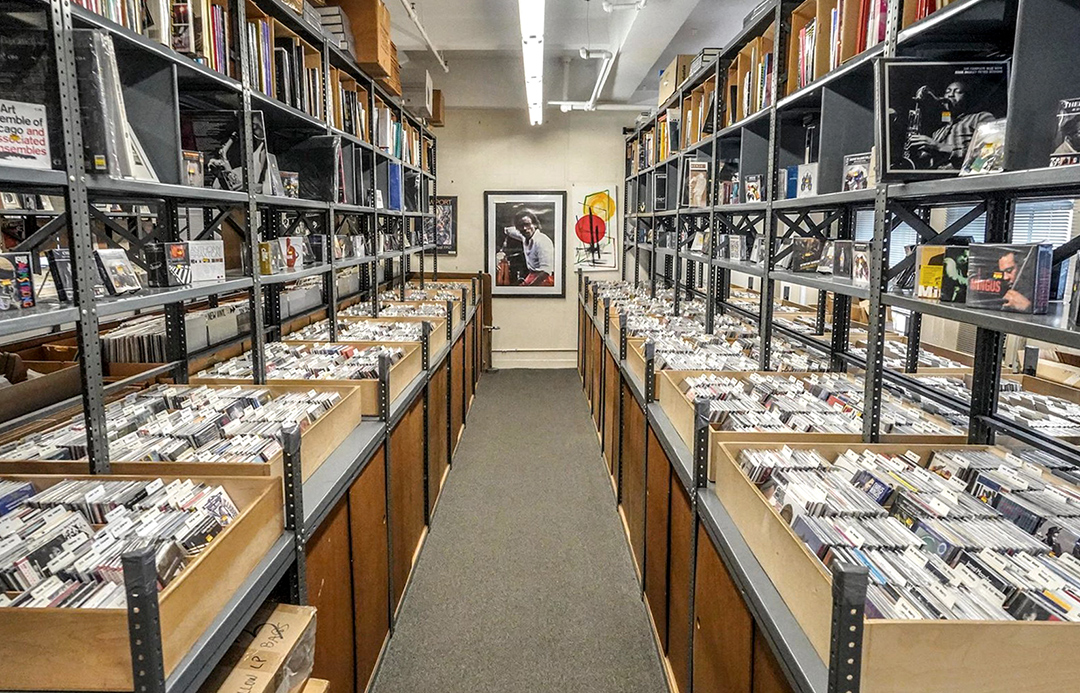 According to Cohen, the original analogue production and reissue vinyl records have the greatest quality. But most labels, including major ones, turn their analogue albums to digital, and then use those digital files to produce records. Those records tend to have poorer sound quality, and they aren’t all that different from CDs. Cohen laments how many people don’t understand the difference and they just assume that vinyl records always sound better than other formats.
Cohen listed Charles Mingus as his favorite jazz artist and said he’s been collecting Mingus’ records. Cohen also enjoys listening to ‘It Never Entered My Mind’ off <Workin’ With the Miles Davis Quintet>(1960) by Miles Davis, and <Carnegie Hall Concert>(1974), a live album by Gerry Mulligan and Chet Baker. 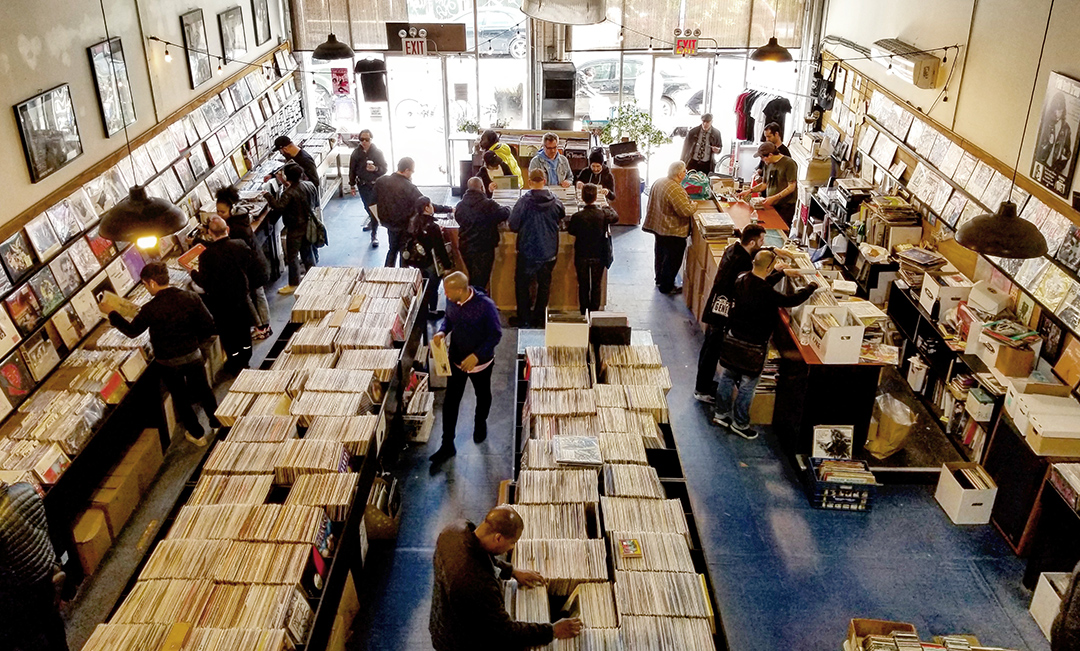 Academy Records & CDs, which opened in 1977, is an iconic record shop in New York. Onwer Joseph GaNun recalls that, in its early days, the place was less of a record shop but more a well-stocked used book store. He started bringing in more used LPs, as it eventually became the record shop that it is today. It’s located in the Flatiron District in Manhattan, where buildings from the late 19th to early 20th century are well preserved. You’ll lose the track of time there, with the analogue feel of the store also contributing to that sensation. 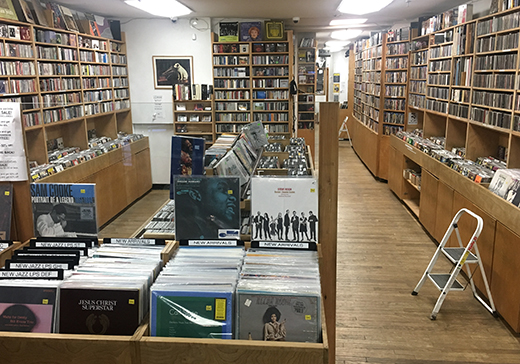 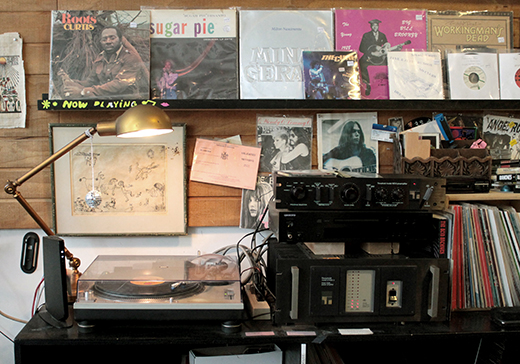 Also in New York are ‘Academy Records’ in East Village and ‘Academy Record Annex’ in Brooklyn’s Greenpoint. These two shops are quite different from the first ‘Academy’ shop. Cory Feierman, currently manager at the Greenpoint location, first joined the East Village shop in 2008. Feierman says these shops have been around all these years thanks to their eclectic collection and competitive prices. 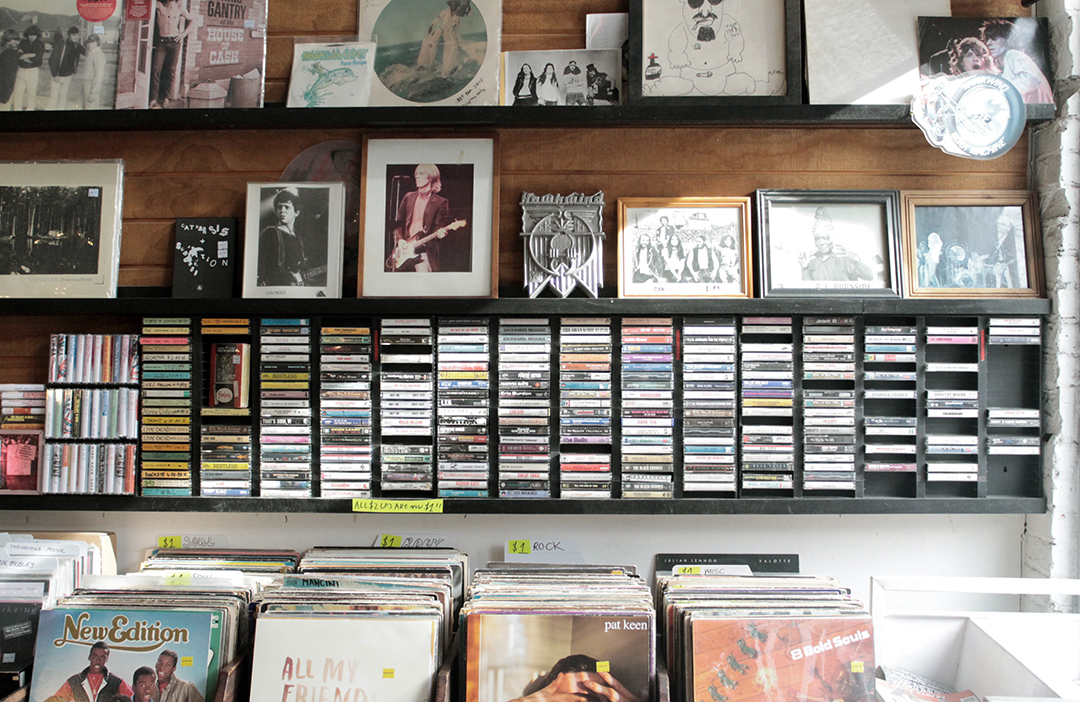 The first shop covers classical, jazz and rock. The two other locations also offer records on punk rock, heavy metal, soul and Latin. Jazz is also available. <Rocket to Russia>(1977) by Ramones, a punk rock group hailing from East Village, and <Gypsy Woman>(1968) by Joe Bataan, father of the New York Latin soul, are the two records that help define the East Village shop. <Pretenders>(1980), the eponymous debut album by the British-American punk rock quartet the Pretenders, and <A Love Supreme>(1965) by the jazz saxophone maestro John Coltrane, are the signature records for the Greenpoint shop. 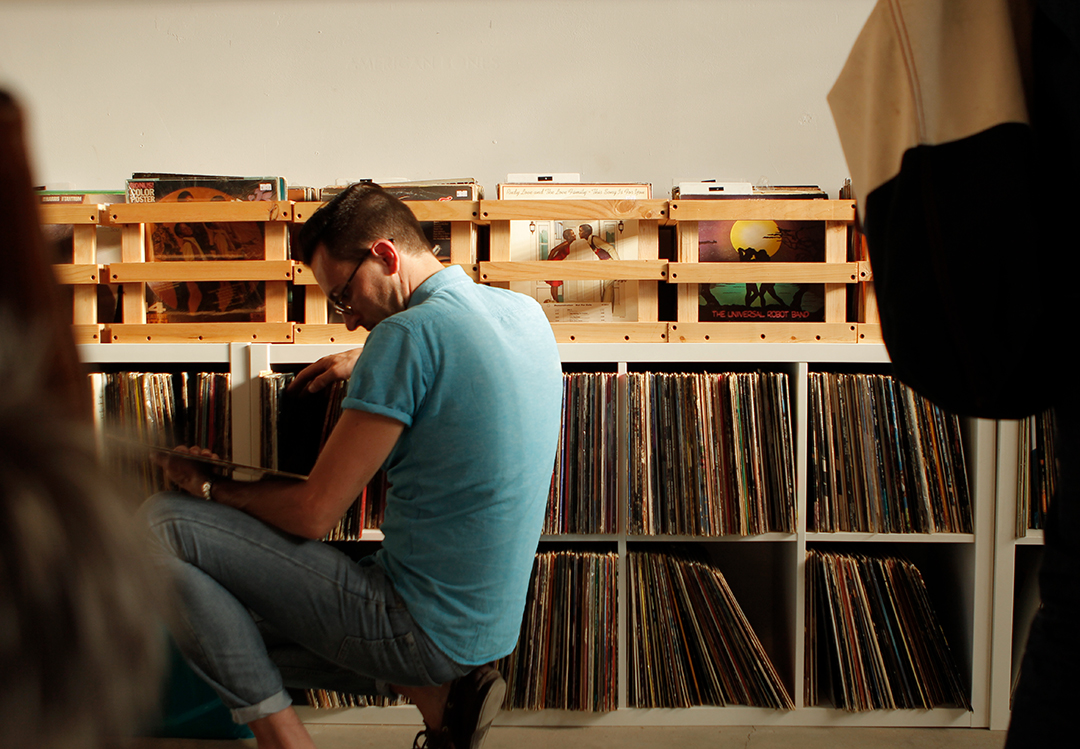 The name ‘Superior Elevation Records’ alone seems to refer to the emotional highs that you experience while listening to vinyl records. Located in Brooklyn’s East Williamsburg, the shop mostly sells disco, soul and house records. It opened only six years ago and it make the most of its youthful exuberance. DJs from all over the world are invited for the DJ school, and the shop also offers music curation services for hotels, breweries and brand events. DJs hold parties on weekends inside the store. The relaxing atmosphere and the well-thought-out selection help make this an immensely popular shop. 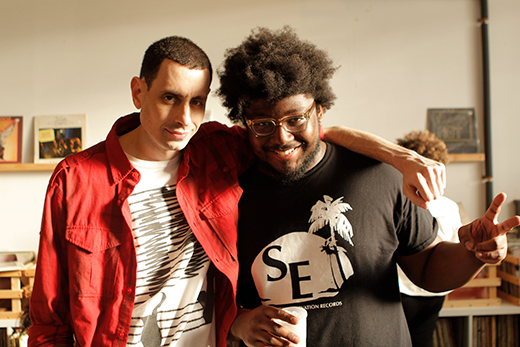 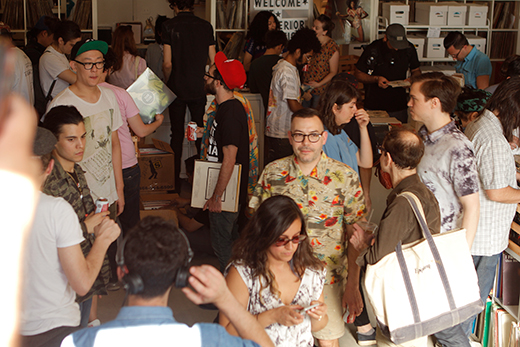 Owner Tom Noble has a long history with vinyl records. In 2001, he and his brother launched a label in Milwaukee, Wisconsin, for reissuing of reggae and French pop records. He then relocated to Los Angeles and sold records online. Noble named the current shop for his reissue label. He moved to New York to have a little more fun selling records. It opened on Record Store Day in 2015. The opening party featured DJ/producer Justin Strauss and Eli Goldstein of Soul Clap. 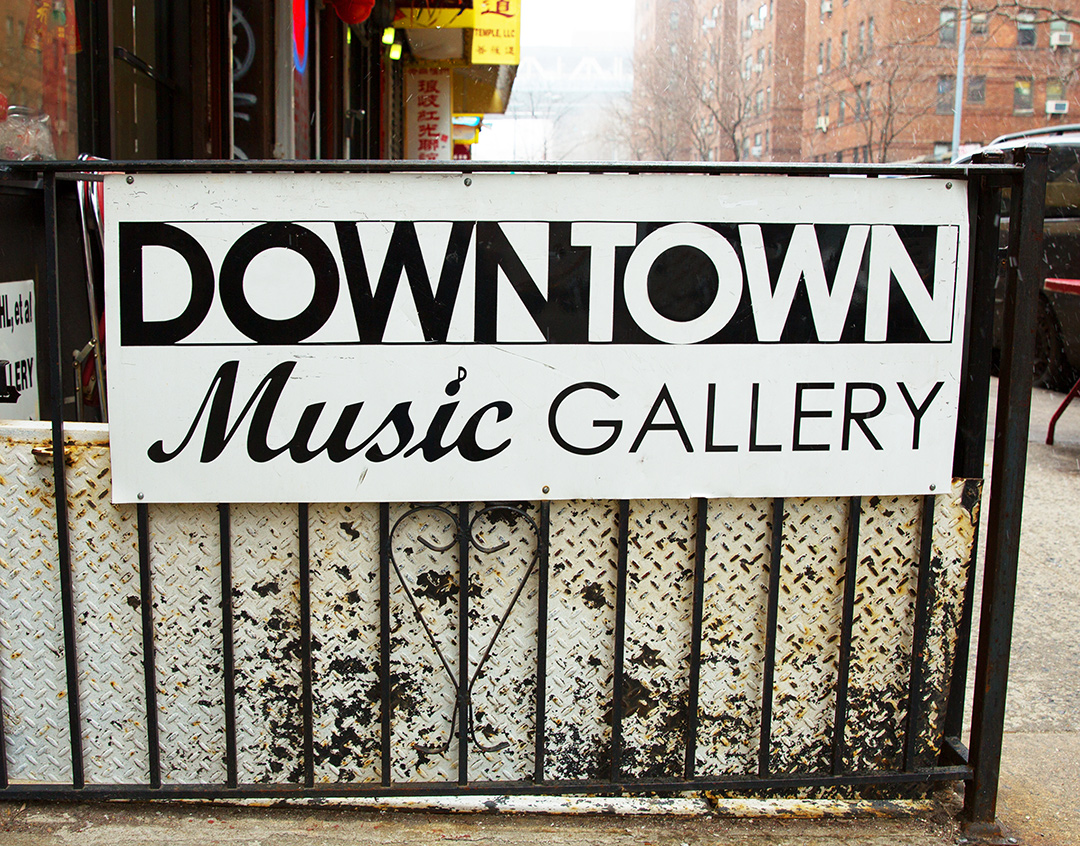 The shop is on a desolate Chinatown street, with both the Manhattan Bridge and the Brooklyn Bridge coming into the view. It’s in small basement, and even the sign on the outside is covered in graffiti that, unless you’ve been there before, you’d easily miss it. Welcome to ‘Downtown Music Gallery,’ home of the underground music.
Owner Bruce Gallanter plays what he calls ‘weird’ music. The shop specializes in ‘downtown music.’ Gallanter says downtown music can’t be defined by any specific structure or style. The experimental type of music encompasses several genres, including progressive rock, hardcore punk, avant-garde jazz and contemporary classical. The genre flourished in New York from the 1970s to the 1990s, and it retains a cult following to this day. Downtown Music Gallery has helped keep that tradition alive. John Zorn, a songwriter and a mentor for many musicians from around the world, has spent his whole career with the shop. His abstruse compositions have been played by the contemporary string quartet Kronos Quartet and by the jazz virtuoso Pat Metheny. 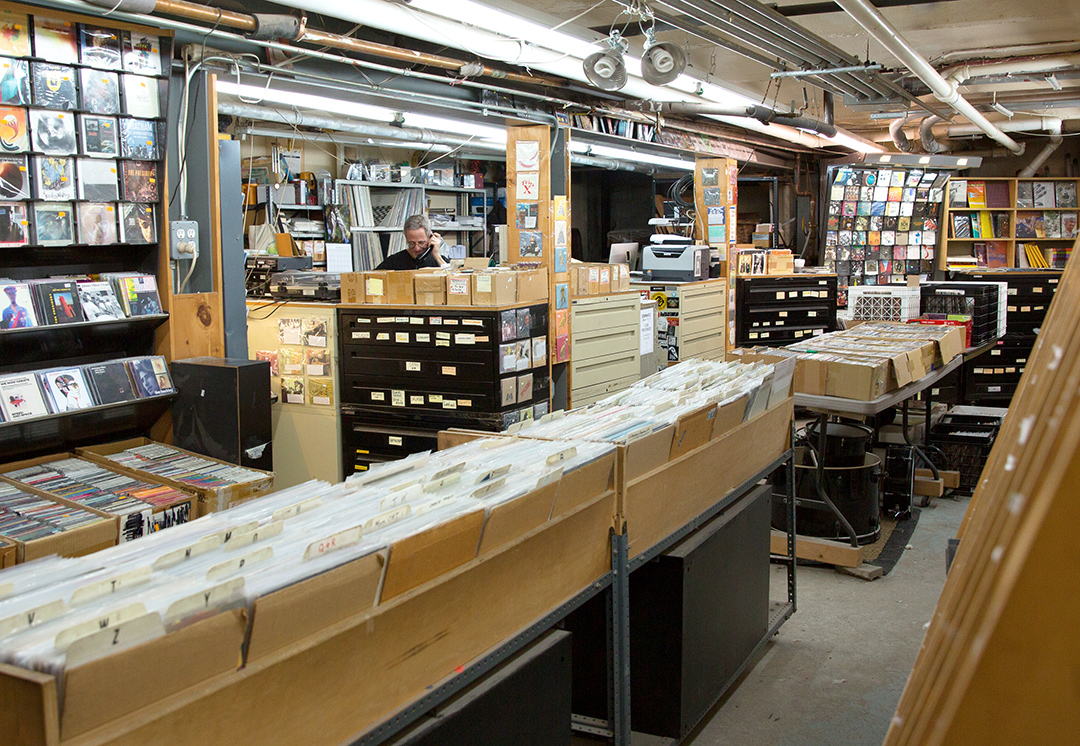 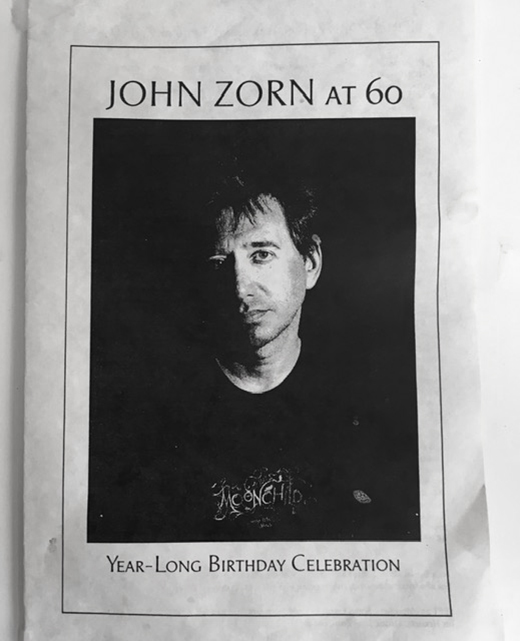 The shop turns into a concert hall for artists every Sunday night. There have been shows every Sunday since the shop opened 30 years ago (except for during the COVID-19 pandemic). Gallanter said the stage is open to anyone who plays experimental music. Shows are all free of charge, and up to 15 people can attend. The weekly newsletter is also something else. It contains album reviews and updates on artists, and the quality of its content exceeds that of music magazines. It reads like a love letter, too; addressed to people who want to inspire others with music.

Where to Stay in New York: LOTTE NEW YORK PALACE 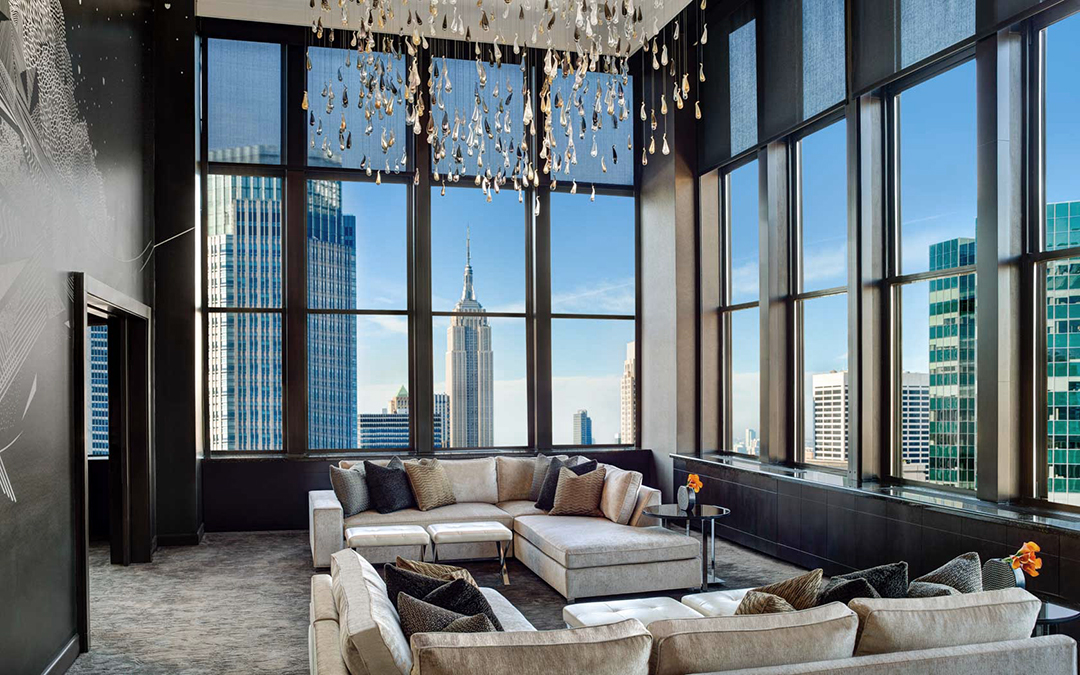 LOTTE NEW YORK PALACE is housed in the late-19th century mansion built by the financier Henry Villard, while also featuring a 55-story modern tower. Having appeared in the popular U.S. TV show and several other films, the hotel has become a must-stop destination in New York. It has 909 rooms, plus a beautiful courtyard inspired by the 15th century Italian cathedral, restaurant Villard, luxury salon Rarities and cocktail bar Trouble’s Trust.