LOTTE HOTEL Korean Teas for Relaxing Moment
LOTTE HOTELS & RESORTS has launched four tea blends using Korean native ingredients. The new blends were created by combining oriental medicine know-hows with traditional Korean herbs of rich aromas and flavors for boosted health benefits.
Generally speaking, a beverage that infuses hot water with leaves, fruits, or grains is called ‘tea’. Men first began drinking tea because, along with the flavor, they instinctively realized its medicinal effect. Through their instinct and experience, they figured out how to drink tea, and such know-hows are being scientifically proven in today’s world. Tea is believed to help with various health aspects such as sterilization, anticarcinogenic effect, blood circulation, and deodorization, depending on the type of blend. That’s why it is important to select a blend that has benefits that meet your needs. 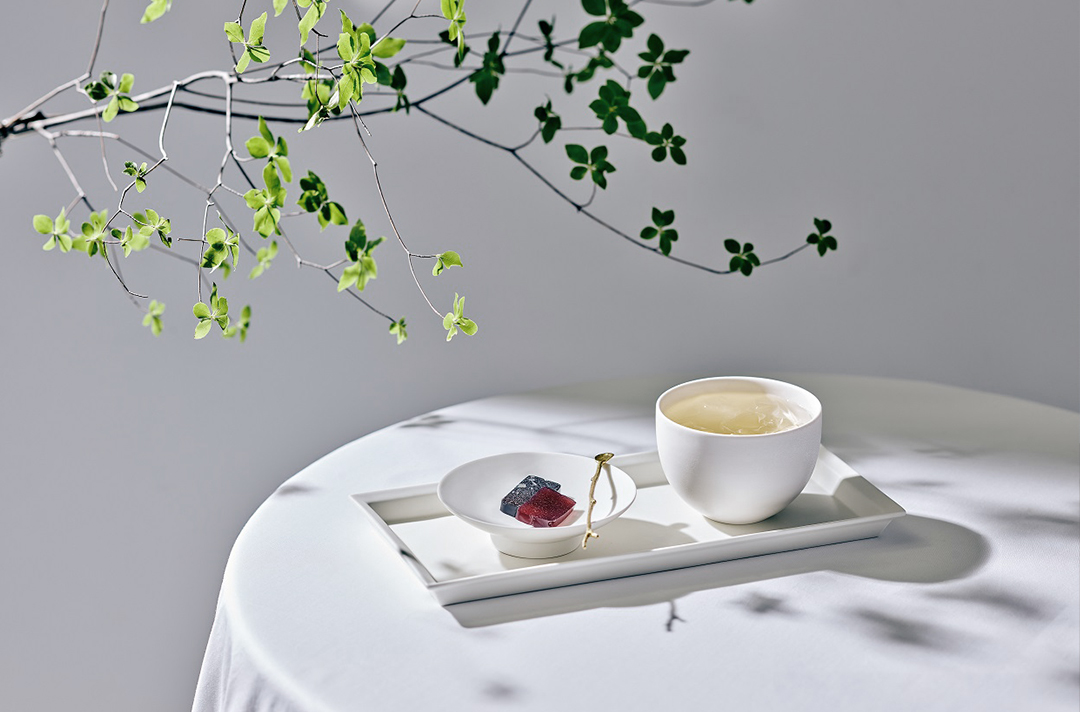 From Black Bean to Buckwheat
According to a report released by Korea Agro-Fisheries & Food Trade Corp. in December 2020, black tea’s domestic market share diminished as of 2019, while herbal teas using various flowers and fruits are becoming more popular. In addition, the report shows that Korean tea blending healthy ingredients is drawing attention in this post-COVID19 era.
LOTTE HOTELS & RESORTS, in accordance with such a trend, has launched tea blends thinking of the customer’s health and peace of mind. Dubbed ‘LOTTE HOTEL Korean Tea,’ there are four blends: ‘Black Bean Yunseul Tea’, ‘Dandelion Kkotdeung Tea’, ‘Tangerine Peel Haetgwi Tea’, and ‘Buckwheat Neoul Tea’ to be sold year-round at LOTTE HOTEL SEOUL, LOTTE HOTEL WORLD, LOTTE HOTEL JEJU, and LOTTE HOTEL BUSAN lounges.
All ingredients in the tea are carefully selected from well-known tea farms in Korea. To accentuate the original flavor of the tea, the ingredients are mixed in as concentrates. Therefore, customers can choose the blend that has a particular function they are looking for.
Power of Korean Tea
‘Black Bean Yunseul Tea’ with skin care benefits and ‘Dandelion Kkotdeung Tea’ which helps skin detox mix the main ingredient of black beans and dandelion roots, respectively, with grains such as cassia seeds. ‘Tangerine Peel Haetgwi Tea’ with citrusy scents uses dried tangerine peels, brown rice, and jujubes. ‘Buckwheat Neoul Tea,’ in which mint leaves and pine needles make an ensemble with buckwheat, cools down the body heat with its refreshing flavor.
LOTTE HOTELS pays a great deal of attention to detail, which can be seen in the tea set, especially with tea-things and snacks. For tea-things, the hotel collaborated with pottery craft brand ‘Woomool’ by rising artist Woo Gyung-ja and designed a tea set dubbed ‘Dal(Moon) Dagi’ adopting the curved lines of Korean traditional pottery. The dessert to be served with the tea is ‘raspberry sweet bean jelly.’ It refreshes the palate after the rich flavor of Korean tea. The sweet bean jelly will be produced with seasonal ingredients each season.
It is priced at 18,000 won.