Busan, the City of Pollock Roe
A bowl of freshly-cooked rice with a serving of marinated pollock roe, a.k.a myeongran. Before Spam, Korea had myeongran. This article is on the relationship between myeongran that facilitates rice consumption of Koreans and the city of Busan.
Nothing goes to waste. Myeongtae, or pollock, depending on the fishing season and processing method, can be called saengtae(fresh), dongtae(frozen), bugeo or hwangtae(dried). The fish has so-called ‘alternate characters.’ The number of names alone proves that it is an important food source in Korean culture. You can call it a Korean soul food. Not to mention the flesh of pollock, Koreans even marinate its intestines and gills.
Joseon’s Soul Food, Myeongtae
Pollock roe, or myeongran, can be marinated with salt(jeotgal) or put in a stew. Myeongran jeot appeals to a greater population compared to other fish roe and is more expensive as well. You can mix it with sesame oil, or add garlic, red pepper powder to the mix and put on a bowl of rice. To young people, myeongran may be more familiar as an ingredient in pasta or pizza. It is, in fact, widely used in various recipes. 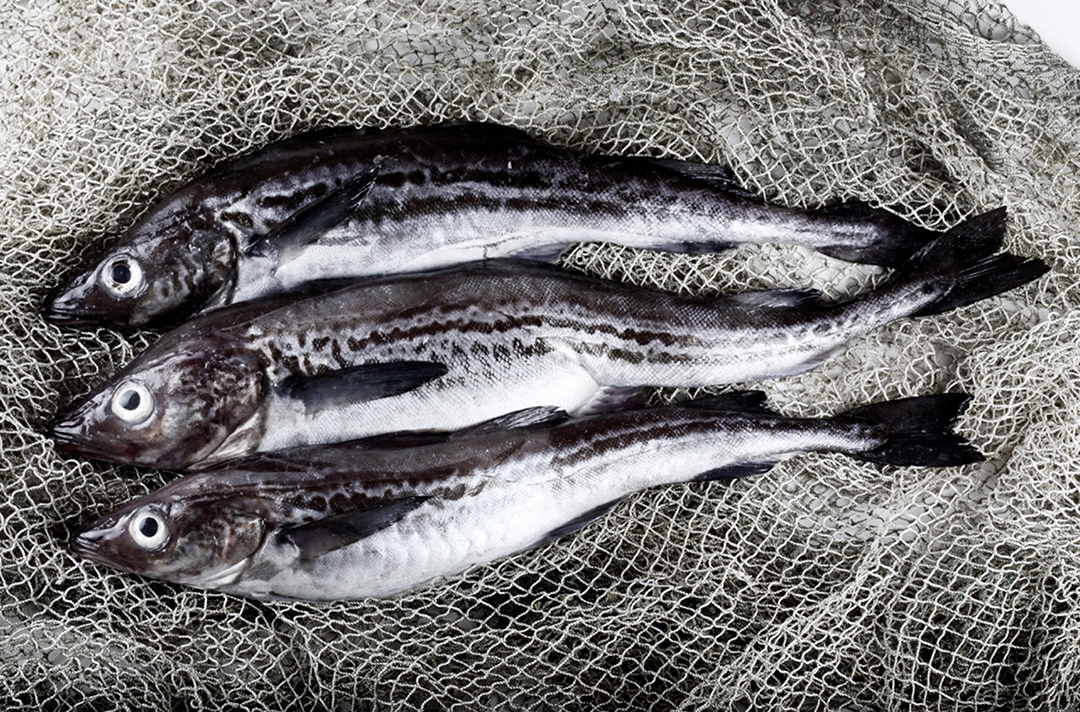 Myeongtae (pollock) is the ultimate soul food for many Koreans. © Shutterstock

The record of pollock roe enjoyed in the form of jeotgal dates back to the 17th century. In 18th-century agricultural economics book , diverse ways to enjoy pollock roe, along with jeotgal, are suggested. Joseon’s 19th century cookbook writes about how to prepare pollock roe . Fish roe is usually salted and dried in the sun. The same goes for mullet or croaker. As for myeongran, it would go bad fast without a refrigerator. That’s partially why this specific jeotgal was distributed mainly in winter. 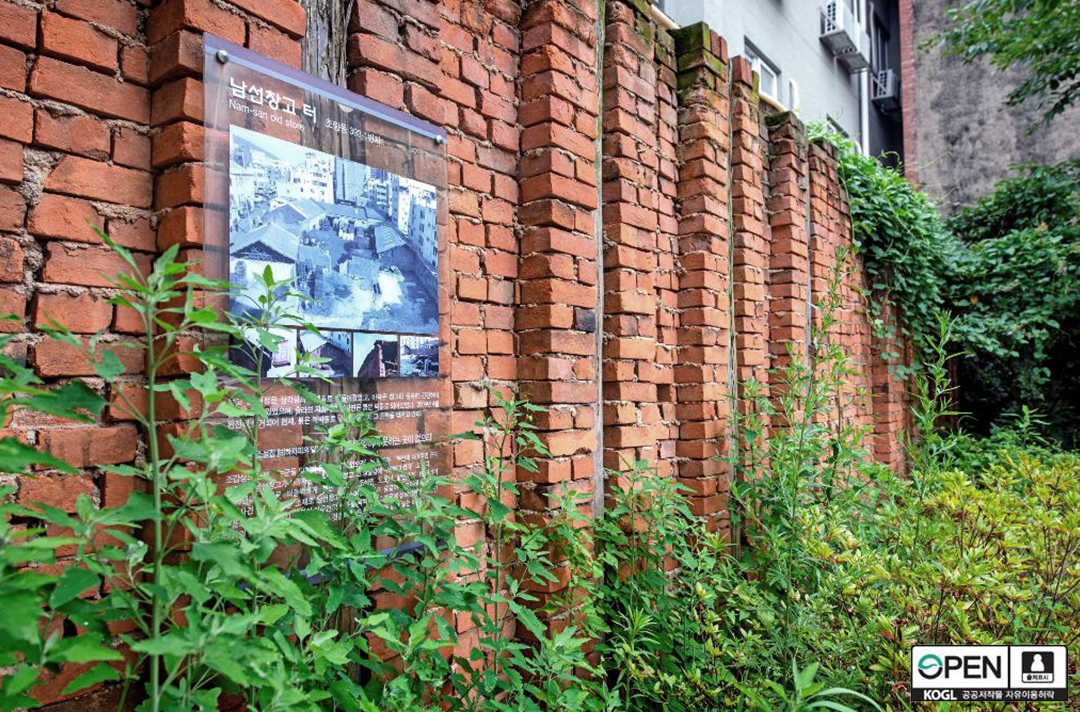 Only the lot where Namseon Warehouse once stood remains in Choryang. © Busan Metropolitan Government

New Production Hub of Myeongran, Busan
From old times, pollock in Korea were caught mostly in the northern waters of the East Sea, between Wonsan, North Hamgyeong Province, and the Maritime Province of Russia. All pollock catches were sent to Wonsan Port. Around the 1900s, the Japanese began taking interest in pollock and myeongran from those areas, and the catches began being sent from Wonsan to other regions across the Korean Peninsula. With the construction of Gyeongbu(Seoul-Busan) Railroad in 1905, Namseon Warehouse, which was built in Busan’s Choryang neighborhood by commission merchants representing Hamgyeong-do and their counterparts in Choryang, became involved in the transportation of large volumes of pollock. Soon enough, the number of Japanese-owned warehouses began to increase as well. In 1914, Gyeongwon Line began operation, and the warehouses in Busan started being used for local distribution more frequently than for nationwide distribution. Nevertheless, the pre-established business network among local traditional markets and export to Japan via railroads and shipping built by Japanese contributed to Busan playing a key role in the distribution of pollock and myeongran overall, despite the fact that it was a relatively new city compared to Gupo or Dongnae.
The pollock fishery and myeongran distribution of Korea went through big changes in the wake of Japanese occupation, liberation, and the Korean War. Since Wonsan is in North Korea, pollack had to be caught somewhere else. Initially the fish were caught in the waters around Goseong and Sokcho, but the volume of catch started going down in the 1990s. Currently pollock has completely disappeared from the South Korean waters. As a result, Korea is importing pollock from the United States and Russia, along with pollock roe. Ironically, however, Russian pollock roe from the fish caught in the Okhotsk Sea is sent to Gamcheon Port in Busan, from where it is distributed across the country and to Japan. Indeed, Busan is serving as a new production hub for Myeongran. 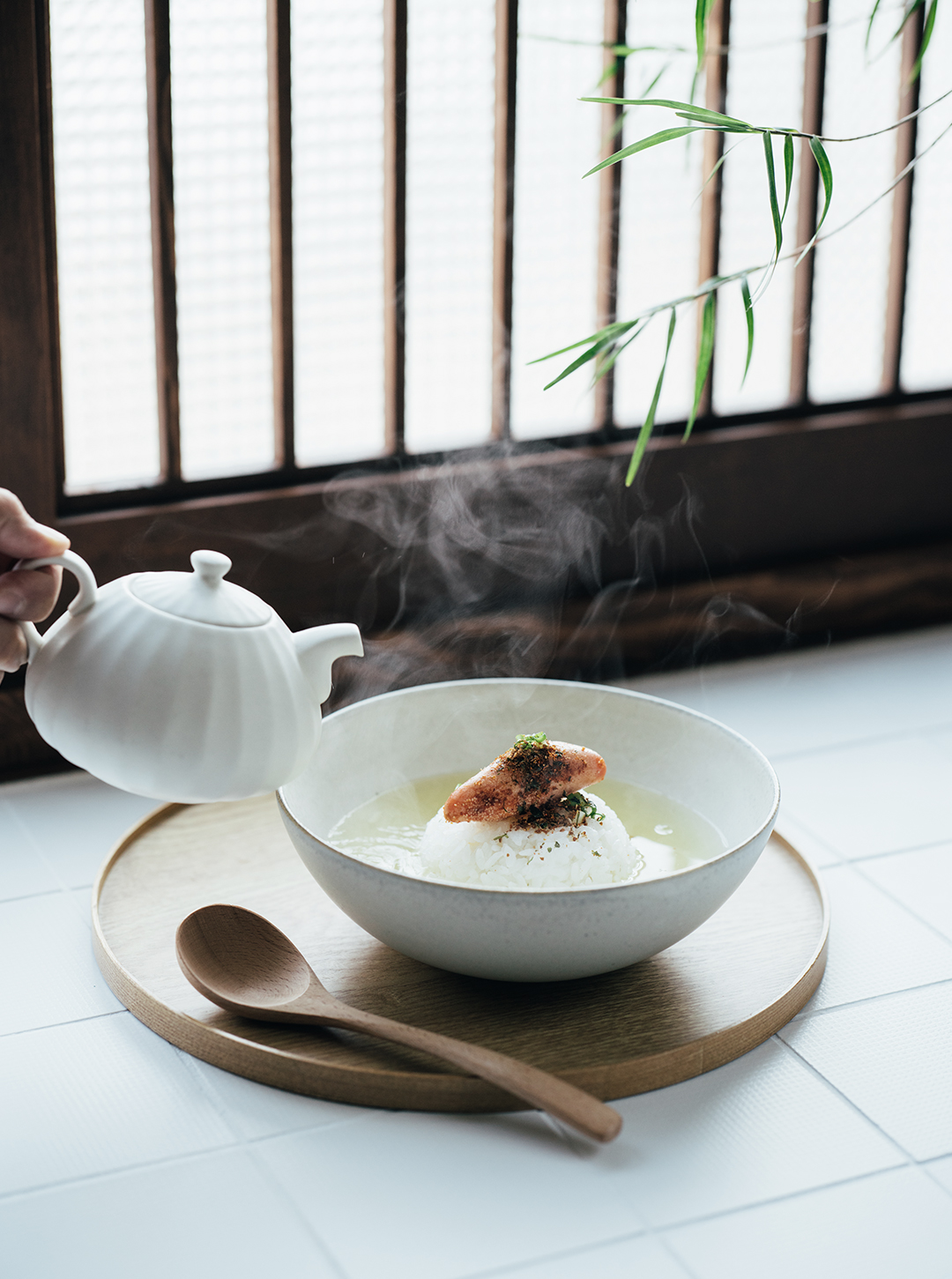 Japanese Pollock Roe from Busan
The flavor of myeongran opened the eyes of Japanese people who had not shown much interest in pollock. The change happened in the early 1900s when Busan’s myeongran began selling in Japan. At that time, myeongran was distributed to the entire Japan through the Kanfu cross-channel liner ship between Busan and Shimonoseki.
It’s been a long time since myeongran became one of the staple side dishes in Japan. The country even designated January 10 as ‘Mentaiko Day.’ Japan’s annual consumption of myeongran accounts for 90% of the global myeongran production. Naturally, many Japanese have a misunderstanding that myeongran originated in Japan. Even some Koreans think that.
Japanese-style myeongran is called ‘karashi mentaiko’ in Japanese, which means ‘spicy pollock roe.’ The origin can be traced back to Busan. During Japan’s colonial rule in Korea, a Japanese national named Toshio Kawahara who was born in Choryang, Busan, and lived there till his high school graduation, became fascinated with the flavor of myeongran and later successfully tweaked it to suit Japanese palate in Fukuoka. He developed a way to pickle myeongran in a liquid seasoning that has red pepper powder, katsuobushi soup, and cheongju, differently from Joseon-style myeongran with a strong salty flavor brought on by the emphasis on its fermentation process. The new flavor immediately appealed to Japanese people across the country. It was the beginning of Japan’s biggest myeongran maker ‘Fukuya.’
Koreans have, for some time now, been consuming pickled myeongran using low-salt seasoning like Japanese, instead of Joseon-style myeongran made with traditionally fermented roe. 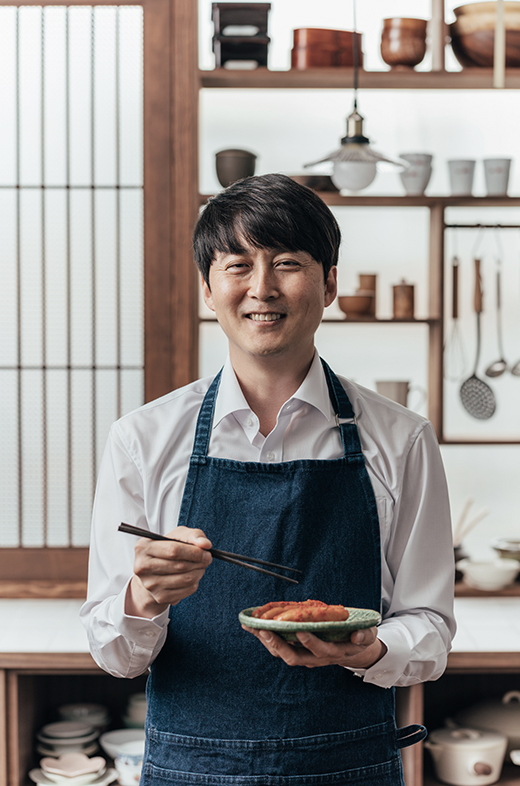 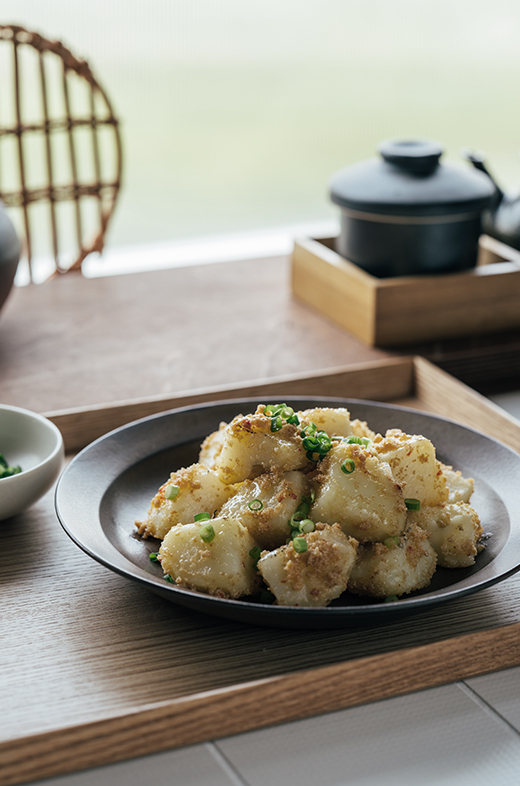 Myeongran Master Hand in Busan
Deokhwa Food, a Busan-based company, is the largest producer of myeongran in Korea, solely dedicated to myeongran, and its Japanese-style karashi mentaiko products are sold at the biggest convenience store chain in Japan. It is amazing that a Korean company is responsible for the most popular dish on Japanese dining tables. Deokhwa Food founder and myeongran Master Hand Jang Seok-jun, now deceased, was the first and only Master Hand in the field of ‘food processing — fisheries’ in Korea. Currently his son Jang Jong-soo is running the company. He is expanding the myeongran universe by adding related stories, historic facts, and diversity in menu selection.
The tenacity of Deokhwa Food in pursuing the best myeongran is well-known at home and abroad. Deokhwa management and employees have shown a level of craftsmanship shown in a family of artisans who have dedicated their whole lives making handicrafts in a traditional way. In 2018, the company built an archive on myeongran and unearthed historically relevant documents, jointly working with regional study researchers and food philologists. Notably, it conducted a research and reproduction of the now-forgotten myeongran recipes from the Joseon era. It operated a brand showroom in Choryang near the old warehouse for the purpose of practicing and developing myeongran recipes. The first season has recently ended. The showroom will soon reopen for the second season. 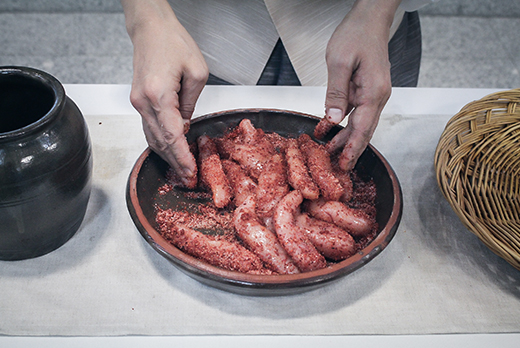 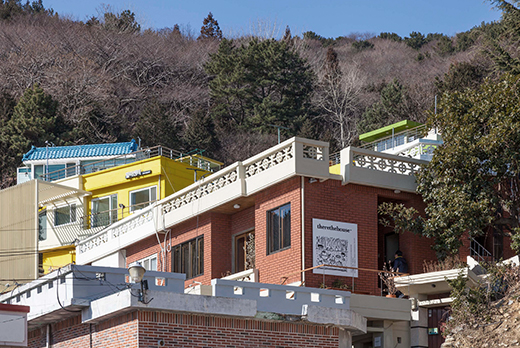 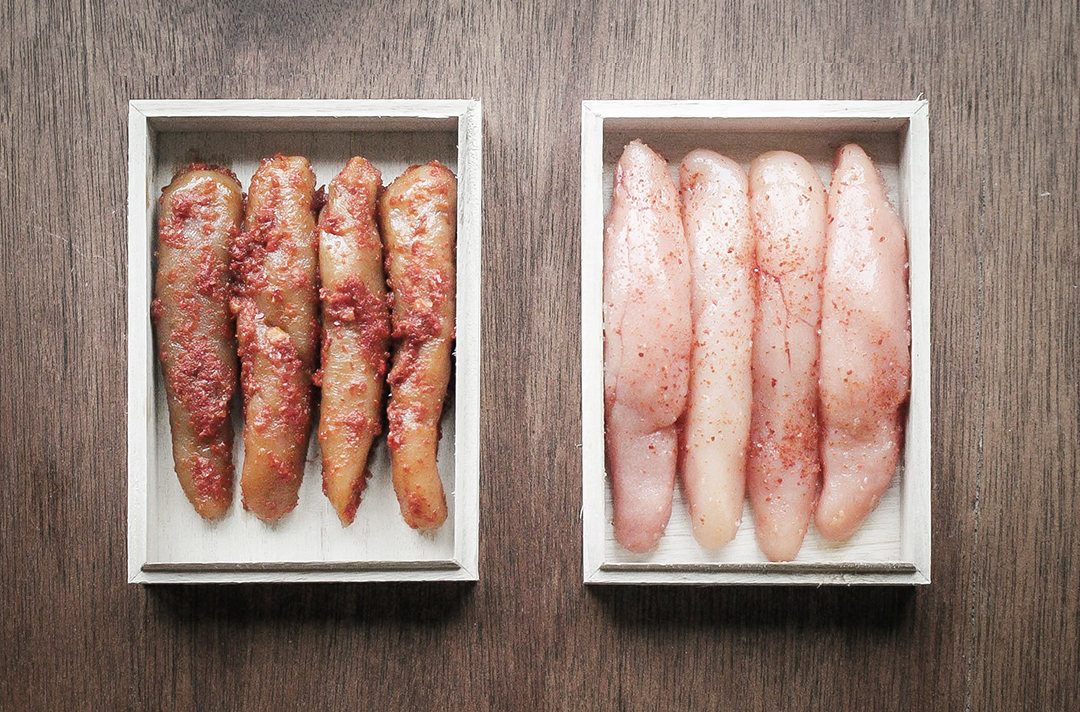 Joseon-style vs. Japanese Myeongran
The myeongran recipes based on ancient documents of Joseon show Koreans relied on a traditional fermentation method. Joseon-style recipes use salt to help the roe’s fermentation, and mix the roe with red pepper powder and minced garlic. The final product has a gooey texture and salty flavor, having lost its water content during the process. For those who are more used to low-sodium recipes, it may taste too salty, but it actually gives a cleaner aftertaste without staleness. Japanese-style pollock roe is in principle marinated in low-sodium liquid. In addition to katsuobushi soup, cheongju, red pepper powder, and Mirim, common Japanese maturing ingredients are used. The end product is not too spicy. 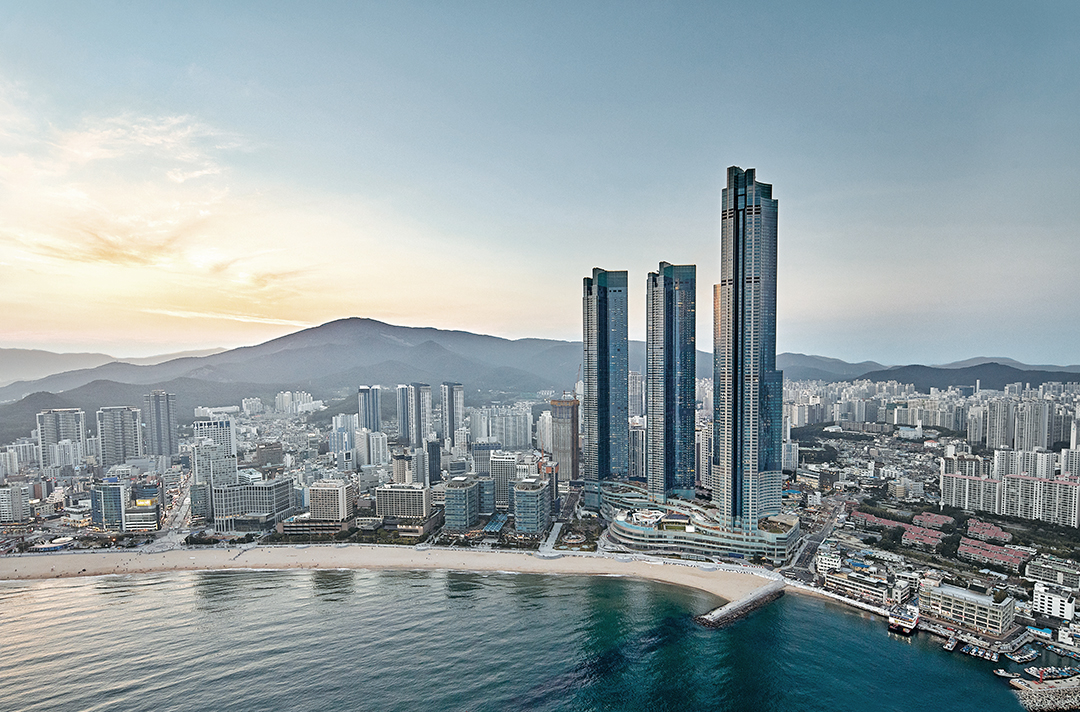 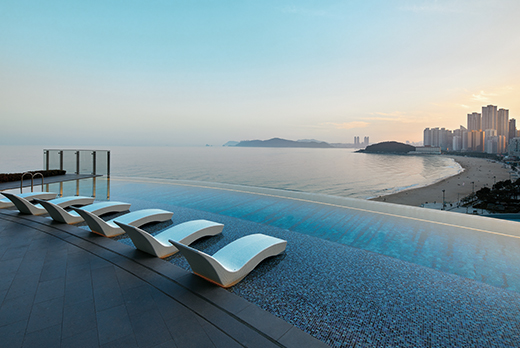 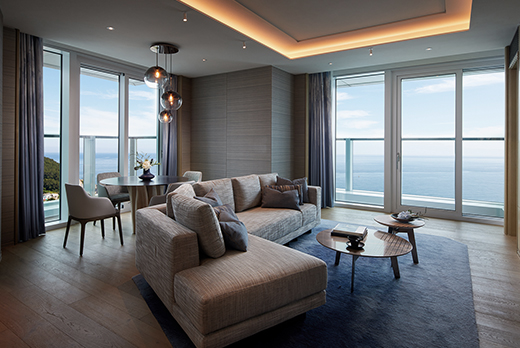 Where to Stay in Busan: LOTTE HOTEL BUSAN and SIGNIEL BUSAN
Located near Seomyeon, LOTTE HOTEL BUSAN offers a fascinating city view and a space with a modern flair where you can enjoy a private relaxation. Depending on the purpose of your trip, you can make the most ideal choice for yourself from a total of 650 rooms and various restaurants, creating special memories in the largest port city of Korea.
SIGNIEL BUSAN is the second SIGNIEL location following SIGNIEL SEOUL. Situated in Haeundae’s landmark LCT Tower, the luxury hotel has 260 rooms and suites, offering a fantastic ocean view of Haeundae and Gwangan Bridge. SIGNIEL BUSAN particularly presents internationally-acclaimed cuisines suggested by Michelin 3-star chef Bruno Menard.