Searching for Best Craft Beer in Hanoi
Let’s embark on a journey to search for the best craft beer in Hanoi, Vietnam, to cool off the sizzling heat in the evening while staying in the tropical Metropolis.
Vietnam is well-known for its rich food culture as well as its beer culture. Beer accounts for about 90 percent of the alcoholic beverage consumption in all of Vietnam, and when it comes to per capita beer consumption, the country is ranked No. 1 in Southeast Asia. Numerous Bia Hoi(street pub) establishments that can be found in almost every other street in large cities like Hanoi and Ho Chi Minh City attest the nationwide affection for beer in Vietnam. 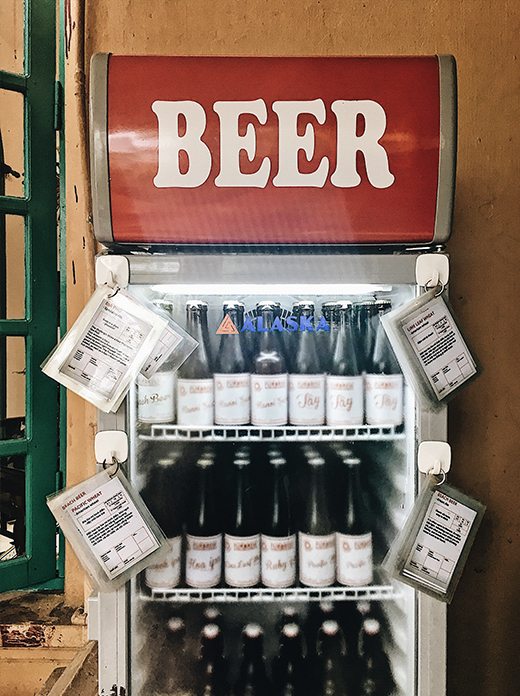 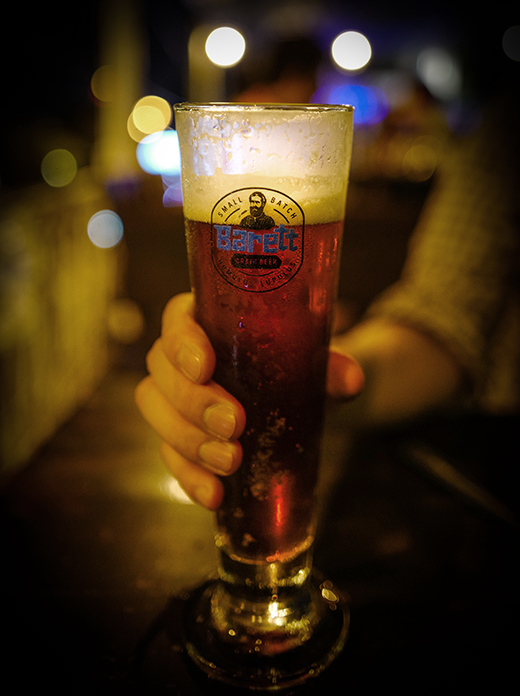 Around 2013, a new trend started emerging in the Vietnamese beer market. Namely, it was the craft beer boom. Craft beer that first appeared in Ho Chi Minh City quickly took over the country as it captivated young people of Vietnam who were used to interacting with foreigners and their culture. In today’s Vietnam, craft beers with distinctive appeals that capture the essence of local flavors, sensibilities, and characteristics coexist in the country, as they sometimes compete and sometimes cooperate while cultivating and energizing the craft beer industry. 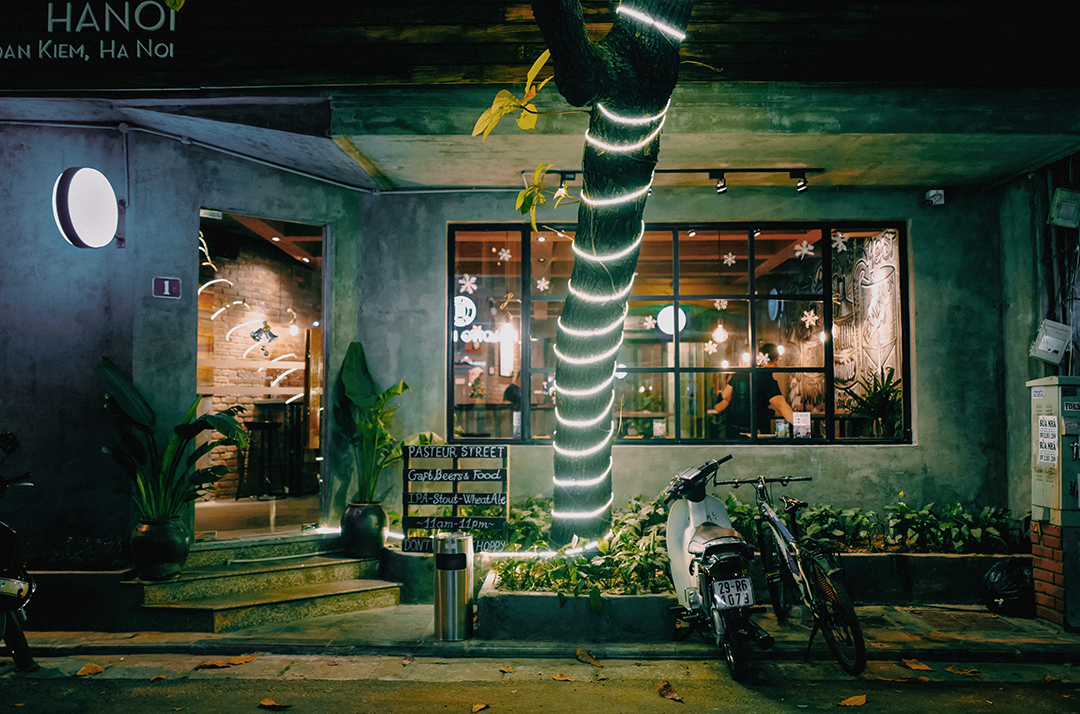 Origin of Vietnamese Local Craft Beer
Pasteur Street Brewing Company(hereinafter referred to as Pasteur) is one of the pioneers among the first local craft beer producers, along with Platinum and Fuzzy Logic Brewing Co., who opened the gate to the World of Craft Beer in Vietnam. With the idea of “combining American craft brewing techniques with fresh, local Vietnamese ingredients,” Pasteur created the first craft beer in the country in January 2015.  In fact, it was the first successful launching of craft beer business in, not just Vietnam, but all of Southeast Asia, drawing global attention as the very drink won awards in various international beer competitions. Pasteur has ‘invented’ a range of craft beers that are unique to Vietnam using local fruits, vegetables, herbs, and spices. The brewery still ventures to create new craft beer products. 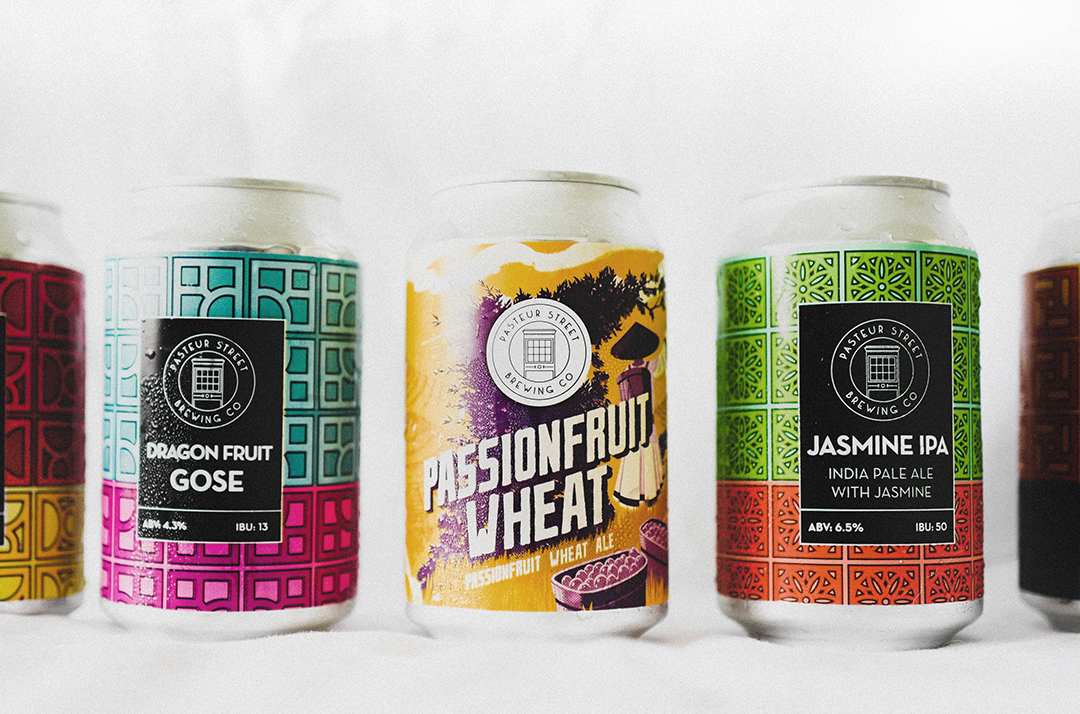 If Ho Chi Minh City has Pasteur, Hanoi, representing the capital of Vietnam along with northern regions, has Furbrew. Furbrew is a craft beer brand established in 2016 in Hanoi. Having begun as a small brewery in Tay Ho region, Furbrew is the first business to appear in Hanoi’s craft beer scene. Based on its pioneer spirit, it has created some of Vietnam’s first-rate craft beer and earned an unmatched reputation in the industry. ‘Pho Beer’ inspired by Vietnamese national dish ‘pho’ that practically serves as the face of Hanoi is considered the best product Furbrew has ever made.
The craft beers produced by Pasteur and Furbrew are distributed to famous restaurants, pubs, and liquor stores across Vietnam, and they are also sold at each of their own company-operated pubs in Hanoi. 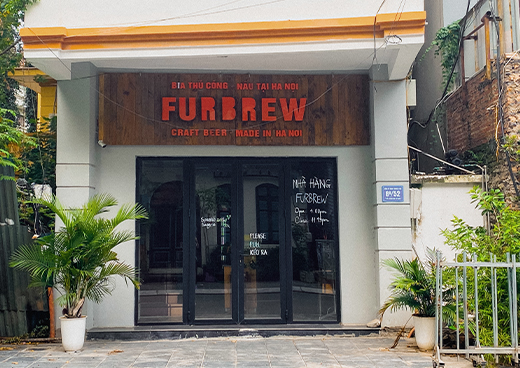 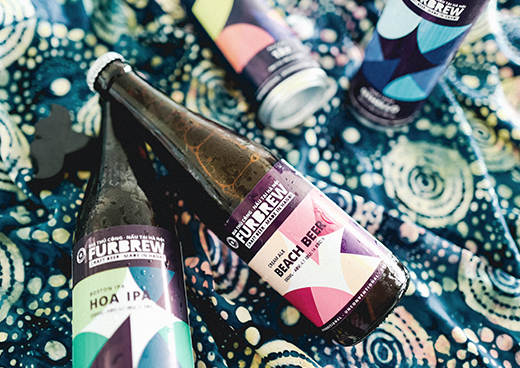 Craft beer brands and pubs not just brew and sell alcoholic drinks, but also play the role of an outpost creating a culture among young generations and distributing a new lifestyle. 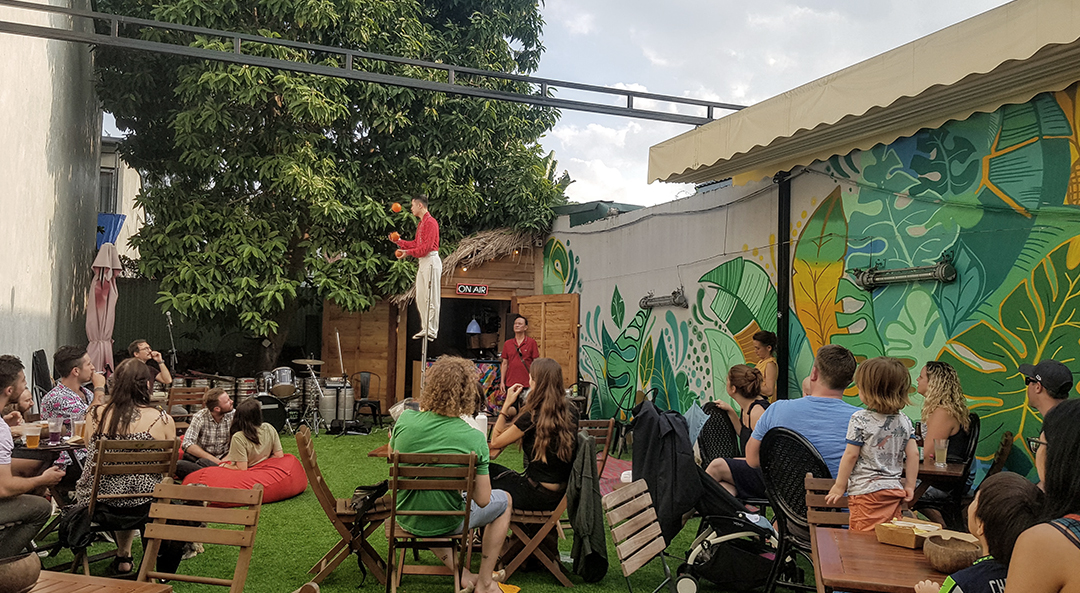 Where to try Vietnam's best craft beers in Hanoi
Standing Bar is a craft beer pub located on the lakeside of Truc Bach. With a vintage and stylish vibe, the small brewery is full of charms and managed by friendly employees caring for their customers that even first-time visitors often grow a sense of loyalty to the place. Its craft beer and cider selections are unequaled. 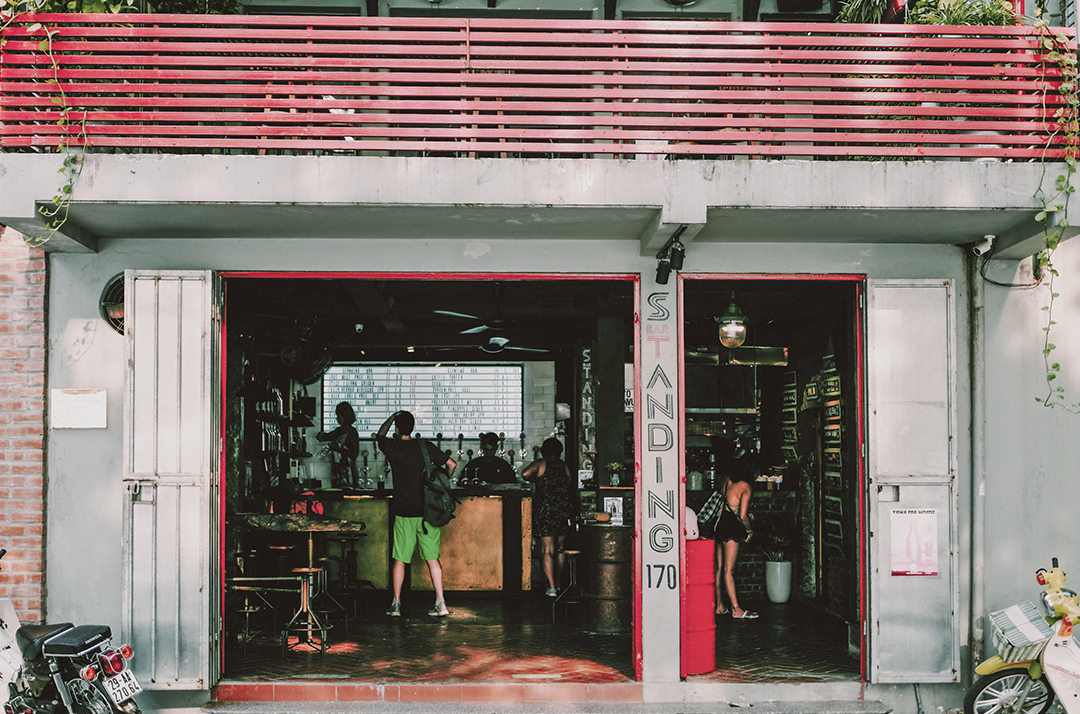 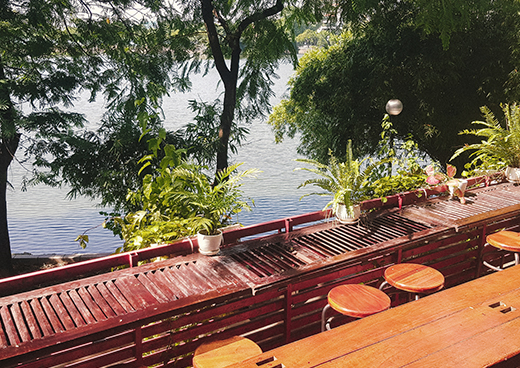 The bar adopts the business model of ‘Freehouse Beer’, meaning it is not owned and controlled by a certain brewery allowing an unlimited range of beers and drinks to be sold, and currently operates 19 beer taps containing fresh beer of diverse flavors. Thanks to this independence, Standing Bar always offers a new experience. From steady-sellers by famous breweries to limited-edition drinks released for consumer reaction testing, to experimental nano brews and seasonal specialties, the bar freely presents its choices. So the taproom of Standing Bar can be called the most sought-after busking stage in Vietnam’s craft beer scene. 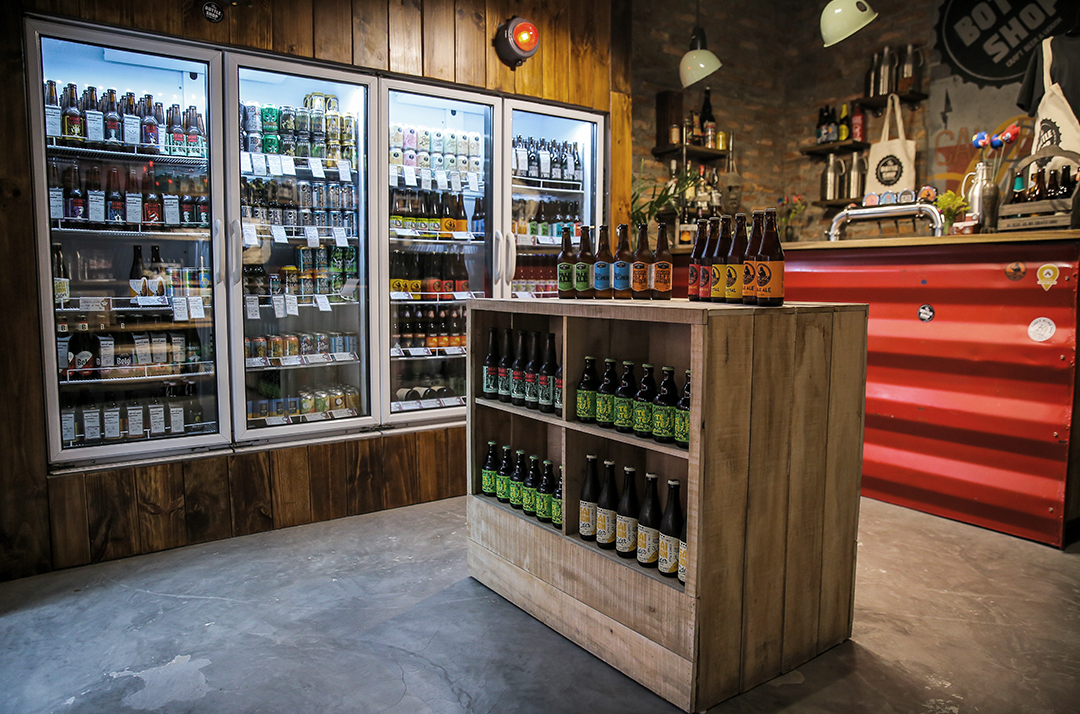 Have you ever imagined a convenience store or a select shop that exclusively deals with beer? An entire wall lined with huge refrigerators featuring neatly-arranged craft beer products makes the hearts of beer lovers go pit-a-pat. The Bottle Shop is a new-concept beerhouse that presents the local community with a selection of finest craft beer and fermented liquor representing Vietnam. Just like when you’re shopping for groceries at a supermarket, you pick the craft beer of your preference and put it into a wire basket. 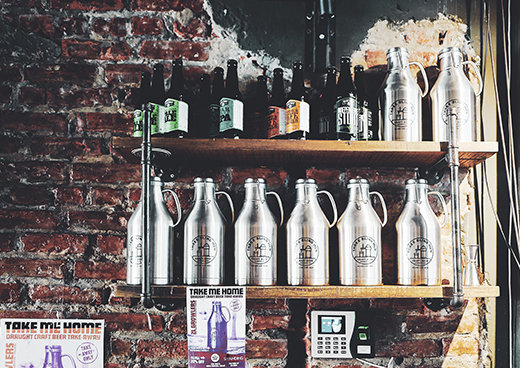 At The Bottle Shop, you can take out draft beer in a stainless container. © Jeon Haein 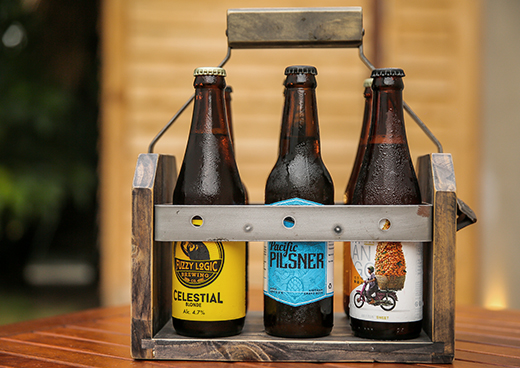 You can put craft beers of your choice into a basket. © The Bottle Shop

When there is an employee kindly offering guidance on the shop’s inventory, you might become curious and compulsively fill the basket with the beers that you have yet to try. You can also purchase draft beer in a portable, vintage-looking stainless steel container. Here, you can meet most of the first-rate Vietnamese craft beer brands including Furbrew, Pasteur, East West, 7 Bridges, Heart of Darkness, and Te Te Brewing. If you are a beer fan interested in finding out more about the extensive world of Vietnamese craft beer, the Bottle Shop is a must-see place. 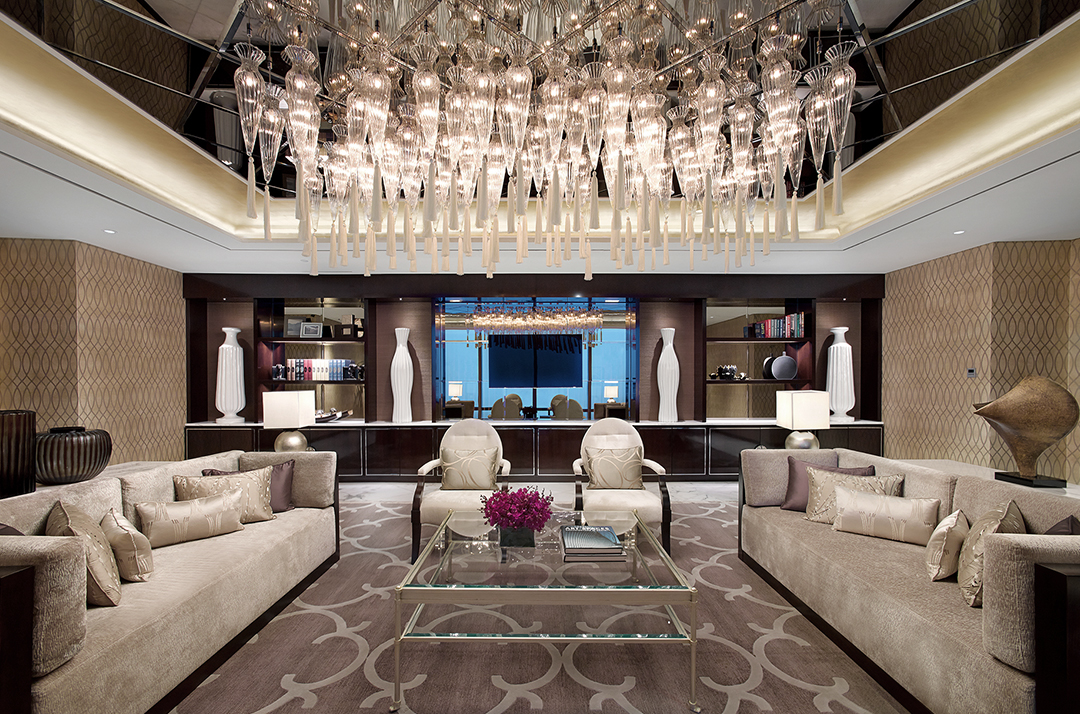