Incheon, Treasure Chest of Chinese Restaurants
Chinese restaurants in Incheon are some of the hippest spots today. We’ve chosen a few with unique back stories and delicious dishes.
Seoul may have its share of fine-dining Chinese restaurants. But the capital city is no match for Incheon when it comes to the quality of Chinese food. In cities such as Incheon, Gunsan, Mokpo and Busan, where Chinese merchants settled down following the opening of ports in the late-Joseon era, Chinese restaurants invariably opened in great numbers. Most of those merchants had been in retailing, and they started restaurants to either get a taste of home for themselves or to serve those dishes to others. Over time, those dishes gradually acquired Korean flavors. Those Chinese places have since become popular spots for meals and drinks. 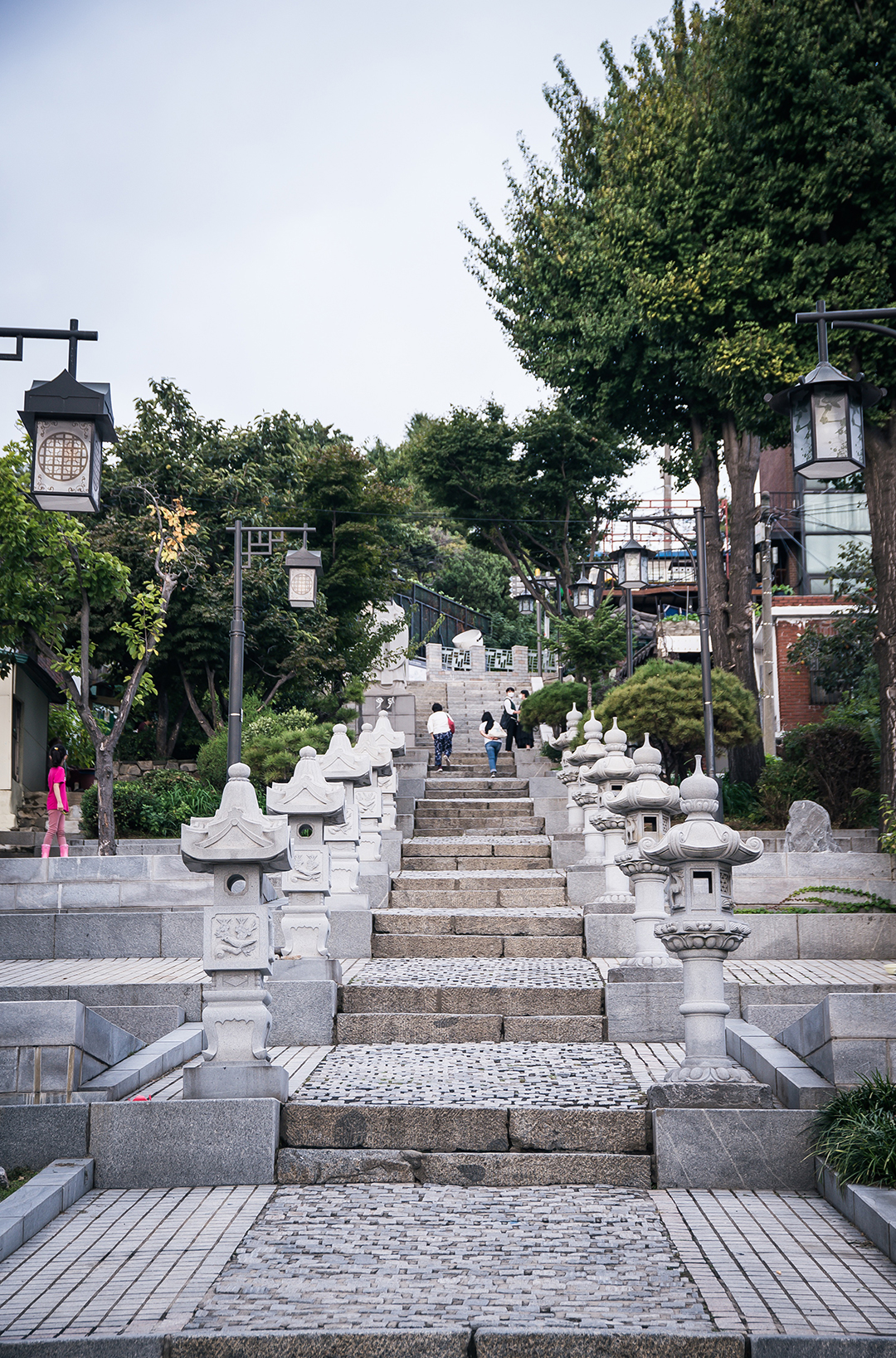 Chinese Settlement in Incheon
Collectively called Hwagyo, Chinese immigrants to Korea mostly found their new home in Incheon. After the port opened up, people from Qing Dynasty, Japan and America came over to form their own communities. Jemulpo area in Incheon became the first home to a club for diplomats. The whole Dongincheon area felt like a foreign country at the time.
The Qing Dynasty’s ‘Jogyegi’ (an area where foreign nationals could reside and have diplomatic immunity) later became Chinatown of today. Most of Hwagyo living there are from Shandong Province, located closest to the Korean Peninsula. Tsingtao, famous for its namesake beer, and Yantai, home of kaoliang liquor, are both in that province. And immigrants from this region began serving jjajangmyeon (noodle in black bean sauce), which was a twist of a Shandong noodle dish called Zhajiangmian. Hwagyo who had been farmers had brought in onions, carrots and tomatoes, which you couldn’t get in Joseon at the time, and even sold them to others. 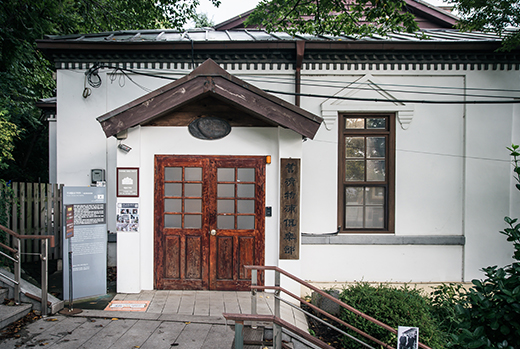 The old Jemulpo Club, which served as a social club for foreign nationals living in Incheon. It appeared in the TV series <Guardian: The Lonely and Great God>. 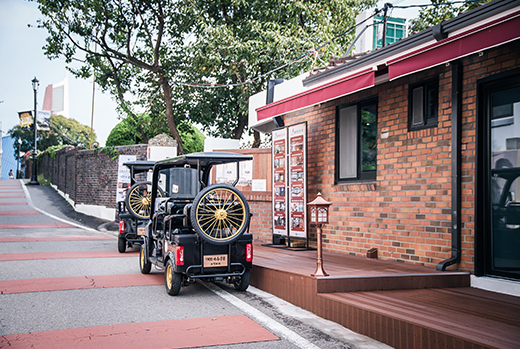 Master Chefs’ Cooking, Reaching Beyond Chinatown
Many of Chinese restaurants in Incheon are still run by Hwagyo and their descendents. And you will also find some quality places outside Chinatown. They’ve all been around for at least 40 to 50 years. Some places had faded into obscurity before social media and TV programs brought them back into the spotlight.
You can usually tell by the signs at the door that a restaurant is run by Hwagyo. You will likely find writing by Chiang Kai-shek, the first generalissimo of Taiwan, mounted on a wall, or the words 中華民國 (Republic of China) accompanied by the history of the restaurant. Many of Hwagyo in Incheon have Taiwanese nationality.
There are way too many Chinese restaurants to choose from in Incheon. Shinsunglu, Junghwalu and Shinseung Banjeom are among those covered extensively in media. And be sure to check out these places below.
Yonghwa Banjeom, Setting Standards for Chinese Dining 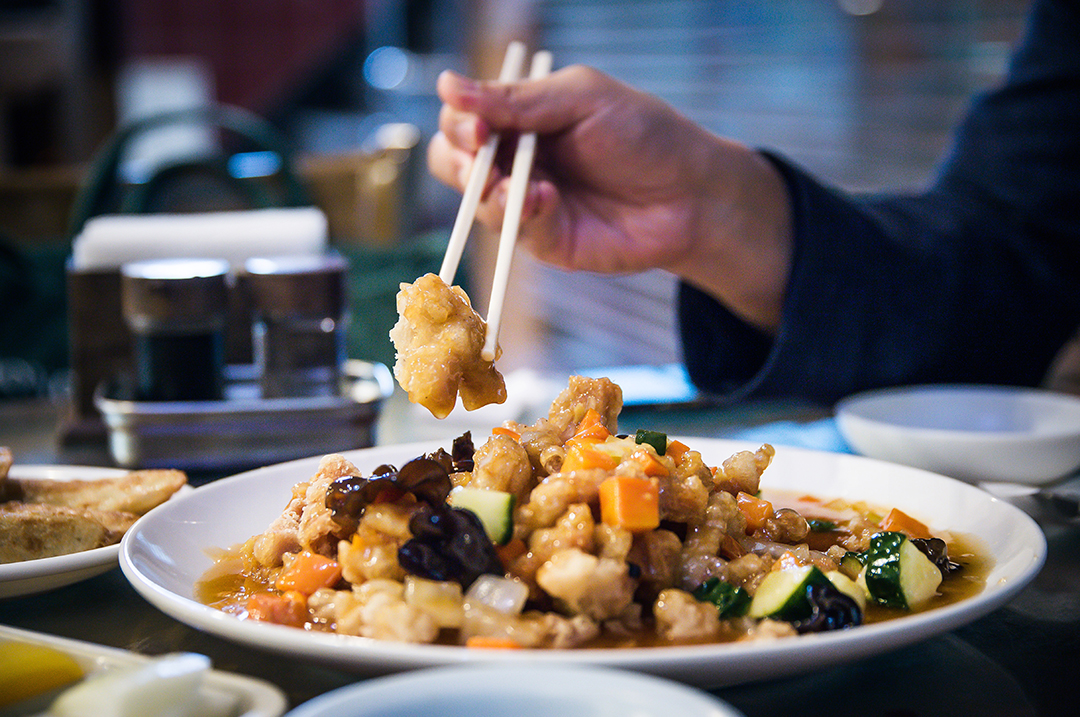 Some Chinese food aficionados say this is the best Chinese restaurant in Incheon. It’s not some fancy place downtown, but a modest place on a small alley in the Baedari neighborhood of Dongincheon. You’ll see a queue outside this restaurant a good half an hour before it opens for lunch.
Be it Jjamppong (spicy noodle soup with seafood), fried rice, nanja wanseu (meatballs) or palbochae (stir-fried seafood and vegetables), everything served here is of high quality. This place also serves jachungeol (spring roll filled with seafood and vegetable), a dish you won’t see at many other Chinese places. It’s become a popular dish since being featured on air and you should order it one day in advance. First-time visitors should get fried rice and tangsuyuk (sweet and sour pork). Fried rice, in particular, is the signature dish here. Each and every grain of rice is delightfully chewy. Grains are coated in oil, but you will only get delicious, smoky taste without anything oily. Fried rice here is a testament to some serious culinary craftsmanship built over the years. The rice is served with egg soup. It also comes with black bean sauce, not that you’d need it. 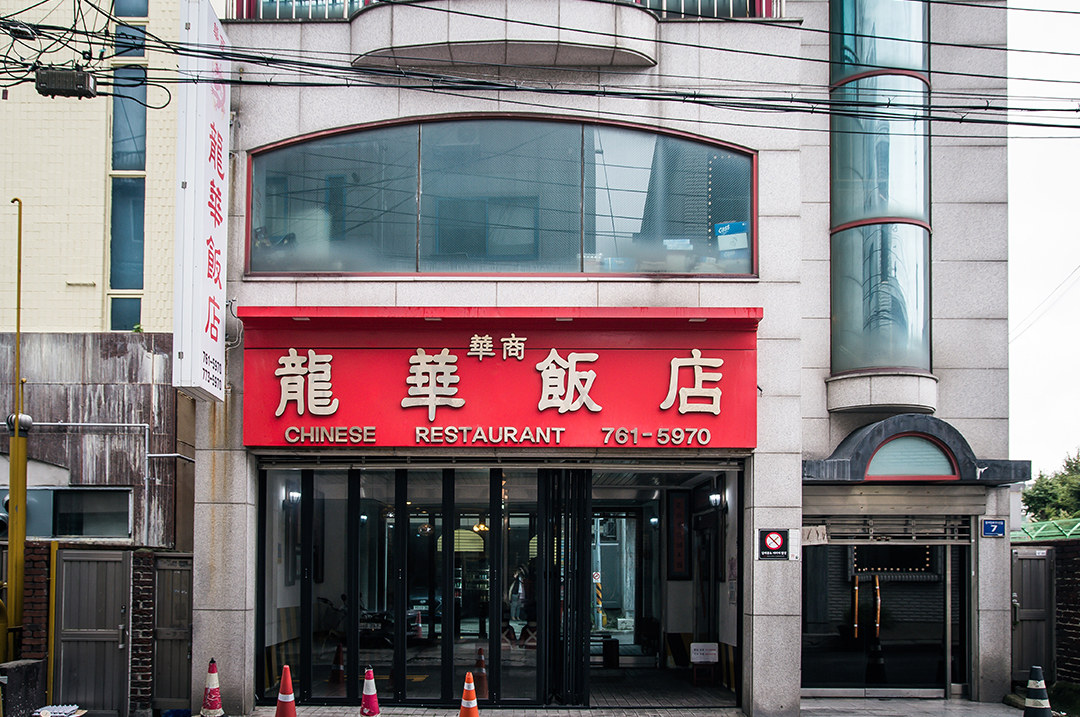 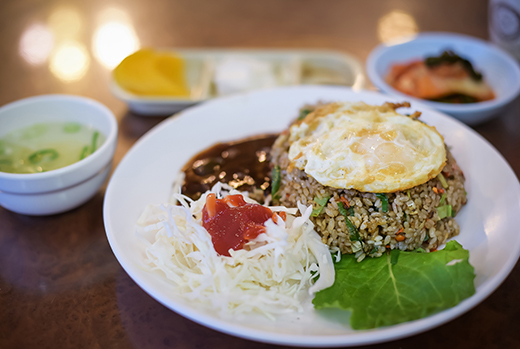 Tangsuyuk is fried with sauce. It may seem a bit watery at first, but it has just the right amount of sweetness, not to mention the flavor typical of Chinese dishes. And meat will stay crispy. Most young patrons get fried rice with tangsuyuk. In the evening, yangjangpi (seafood salad with spicy mustard), tangsuyuk and nanja wanseu, among other classic dishes, crowd the tables. Yonghwa Banjeom is just as beloved for these dishes.
The restaurant has been in the same spot since its opening in 1972. If you want to have a tour of Chinese restaurants in Incheon, Yonghwa Banjeom should be your first stop. 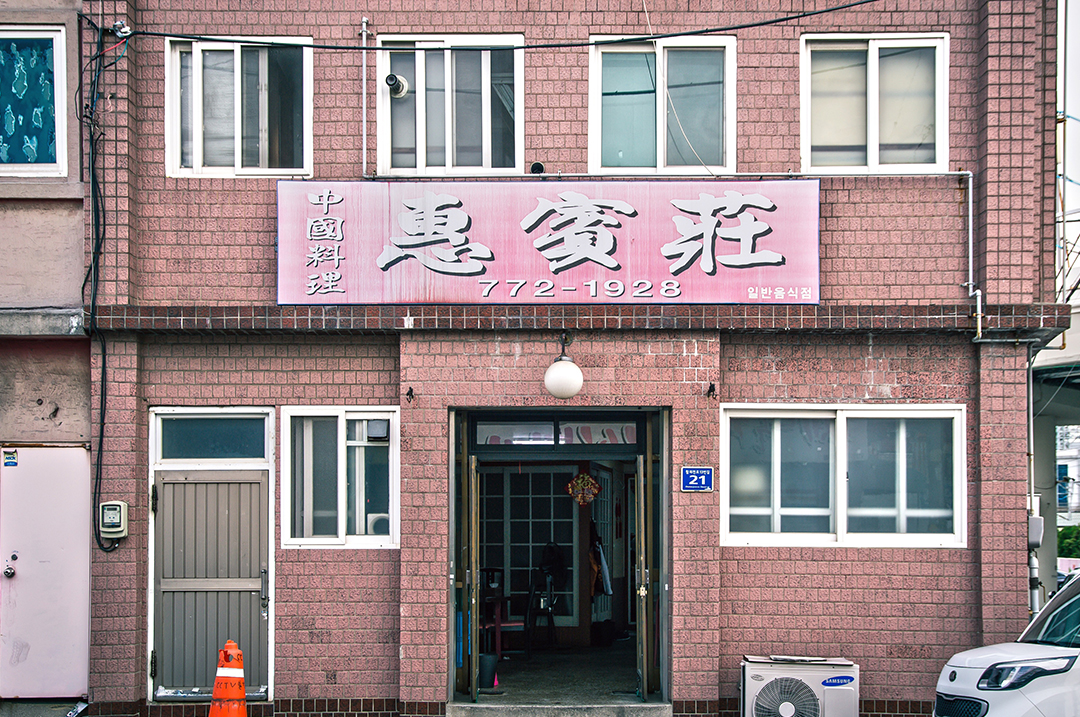 Maybe you would wonder why you have to visit some place in the middle of nowhere. But once you’ve dined at Hyebinjang, you won’t regret it. Legend has it that popular celebrity chefs once visited Hyebinjang for a feast. The place has been around for so long that its red sign has faded to pink. The owner has been in the business for over half a century, and he can handle his wok as well as anybody. Once you see the long queue formed outside at lunch time, you will realize the power of social media and how they hep spread the word. 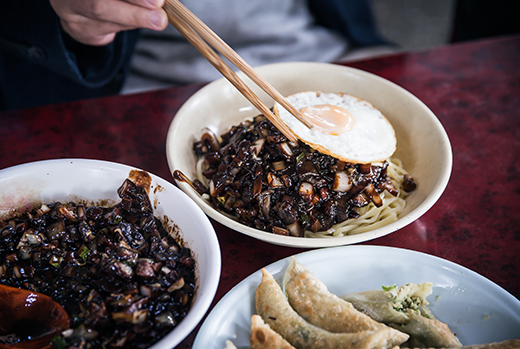 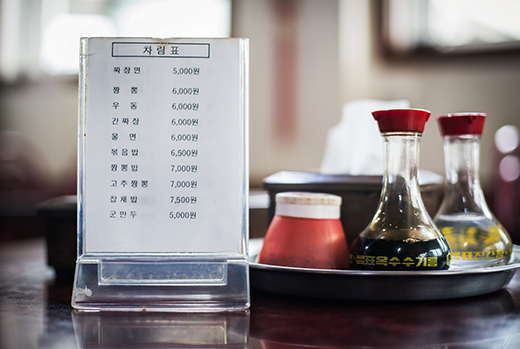 Hyebingjang is best known for ganjjajang (jjajangmyeon served with a dry sauce brought in a separate bowl). Ingredients for the sauce are all julienned and chopped before they’re stir-fried. You won’t get the type of sweet flavor you’ll get in contemporary jjajangmyeon. Instead, there’s the classic saltiness to the sauce, the way jjajang used to taste. Hot pepper packs some punch, and it was added for an extra bite for the modern eaters who like their food spicy.
Gunmandu (pan-fried dumplings) is another popular dish. The pieces may look virtually the same as mass-produced dumplings you’ll see at other Chinese places, but the taste is vastly different. Dumplings here almost taste like gyoja. Back in the days, they used to pan-fry dumplings but now they are deep-frying them because it’s much easier. Also, they make their own dumplings, unlike other places. The fried dumplings live up to their name at Hyebinjang. Nanja wanseu is also highly recommended. Meatballs don’t have any strong flavor, but thick meatballs are perfectly cooked, which is always easier said than done. Most patrons come early in the evening to get nanja wanseu with kaoliang liquor. The elderly couple in charge is getting better with age. 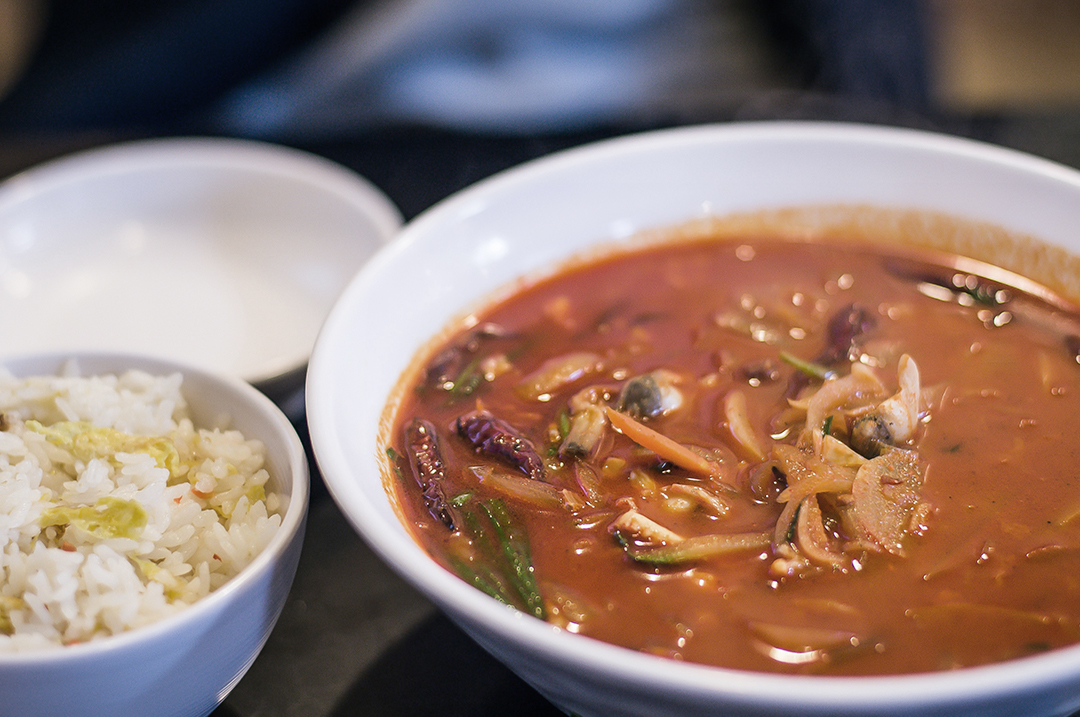 It’s an open secret that restaurants famous for gochu jjamppong (jjamppong with hot pepper) use kaoliang liquor along with pepper powder when preparing broth. Dongrak Banjeom is considered one of the top gochu jjamppong spots in Incheon, along with Shinsunglu. And the bowl of gochu jjamppong here is as spicy as it gets. If you’re not up for anything that spicy, you should probably stay away from it. But once you’ve had a taste of it, you won’t be able to stop. And most patrons know what they’re getting into when they order this bowl of noodle soup. The oily soup has a clean aftertaste and that’s because the bowl comes with fresh clams and squid. Because it’s full of clams rather than mussels, the soup has much richer seafood flavor. Squid slices and vegetables are all neatly prepared, giving you a glimpse into how seriously chefs take their craft. Jjamppong rice, surprisingly enough, comes with egg fried rice, instead of the usual white rice. The fried rice isn’t salted but is still delicious in its own right. Pour rice into the spicy jjamppong soup, and it’s a match made in heaven. This is exactly why people keep going to Dongrak Banjeom. 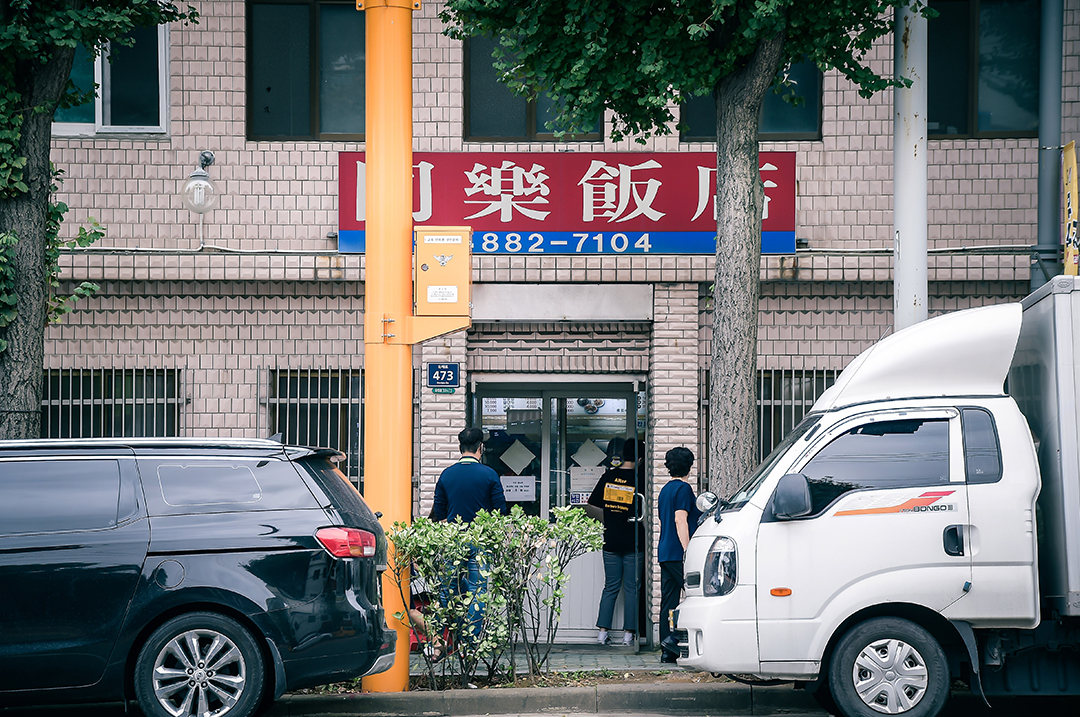 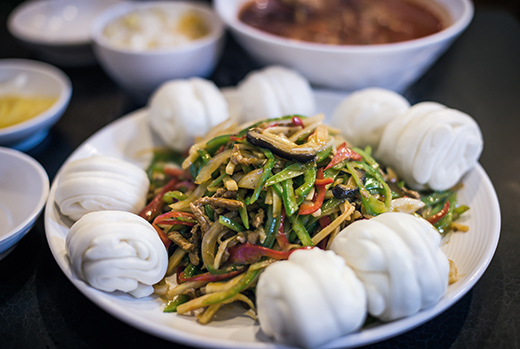 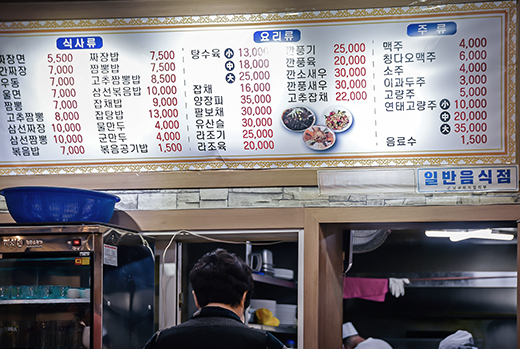 Tangsuyuk and gochu japchae (stir-fried glass noodle with shredded meat and hot pepper) are popular dishes. They taste exactly the way we expect tangsuyuk and gochu japchae to taste. The latter doesn’t feature any special ingredients but everything in it is fresh. Gochu japchae at Dongrak Banjeom is the epitome of Chinese cooking, with dishes done quickly at a high heat.
Until a few years ago, the original owner was still in charge, and because of his deteriorating health, you had to pre-order dishes in advance. Today, a second-generation owner is running the show, with the classic taste still intact.