Busan, City of Gourmet Food for Movie Fans
Busan is a city that frequently appears in movies for its lineup of gourmet restaurants attracting celebrities and local citizens alike. Many of the restaurants had already been vetted by Busan people, even before they were frequented by famous filmmakers and actors.
A True City of Film, Busan
It might sound a bit strange, but a city that deserves to be called ‘the city of film’ in Korea is not Seoul but Busan. It was Busan where ‘Chosun Kinema Corporation,’ Korea’s first film production company, was founded in 1924. Director Na Woon-gyu used to work there before working on his representative work . It was also Busan where the Buil Film Awards, Korea’s first film awards ceremony, was launched in 1958. These historic events  have brought the production of numerous films to Busan. Just since 2000, many Korean megahit movies including , , , , , , and have been filmed in Busan. 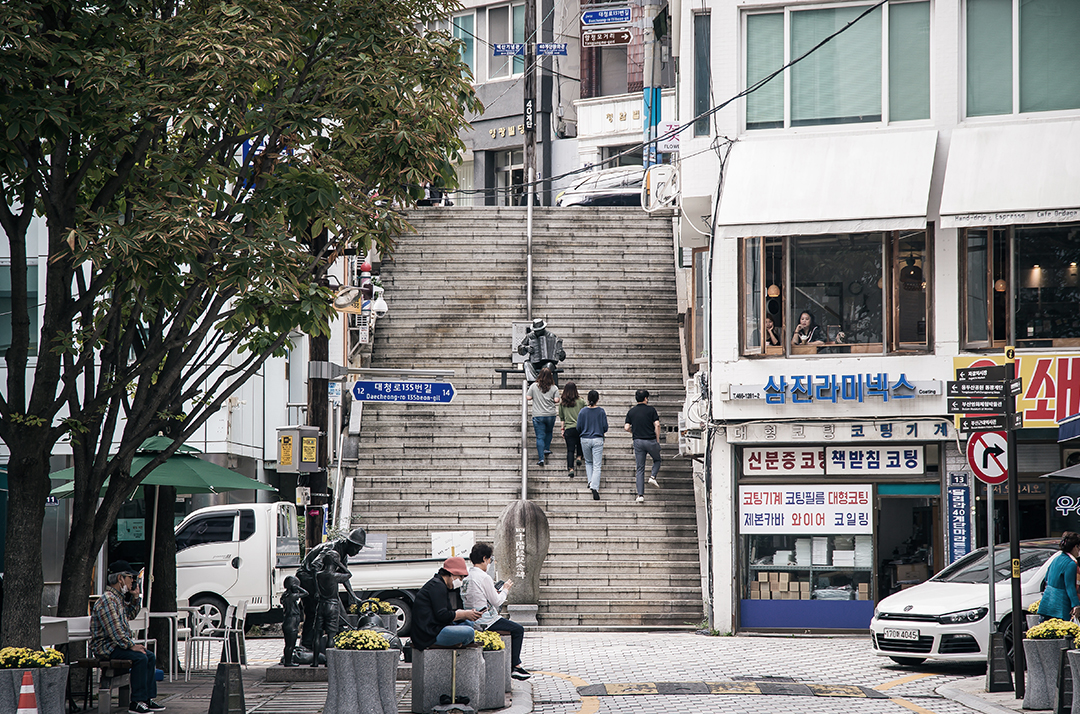 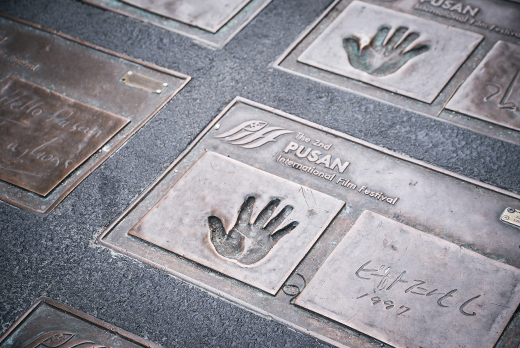 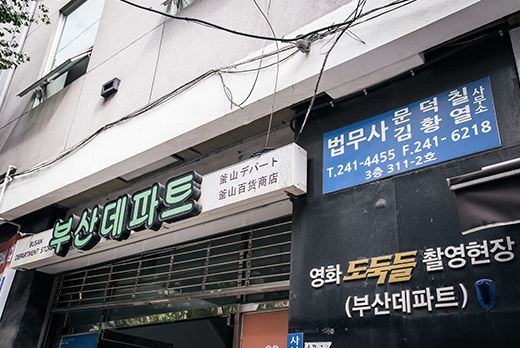 Busan is always crowded with filmmakers and audiences in October when the Busan International Film Festival opens. During the festival period, various restaurants become the talk of the town, either for their proximity to filming locations or for their popularity among celebrities.
Not all restaurants near filming locations become trendy and popular eateries, but the restaurants to be introduced in this article have all been vetted and well-known in the local community before they were chosen as filming spots.
Charmed by Ha Jung-woo’s Mukbang, Chinese Restaurant Dong-Gung 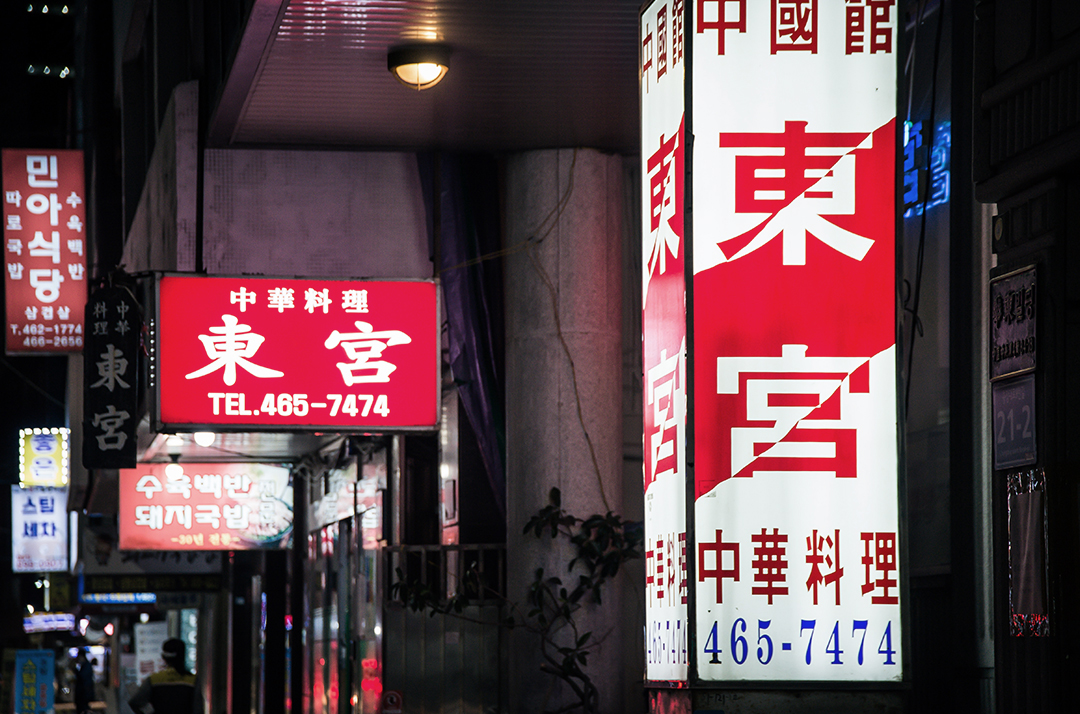 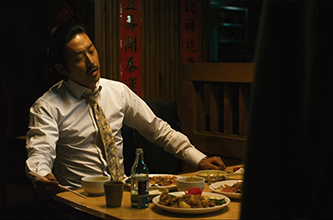 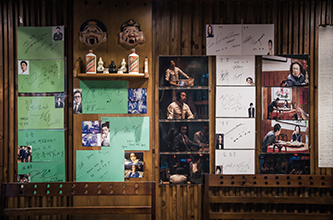 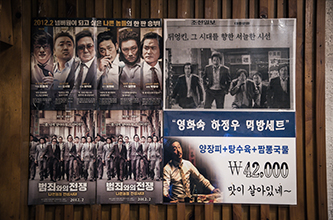 The area around the alleys behind Jungang Station of Busan Metro Line 1 is known for a number of holes in the wall, popular only among local citizens. Dong-gung, a Chinese restaurant located in Jungang-dong, has had a good reputation since a long time ago and has been featured several times on TV programs. Then the restaurant became a must-see place for fans of the movie directed by Yoon Jong-bin, as actor Ha Jung-woo is seen gobbling up food and gargling his mouth with soju to describe his character Choi Hyeong-bae’s lonely meal time. Tourists now visit Dong-gung and sit at the very table shown in the movie, as they attempt to copy his acting.
The scene leaves such an impression on the minds of the audience that the number of inquiries on the menu chosen by Choi Hyeong-bae went up, which eventually led to the creation of ‘Ha Jung-woo Mukbang Set’ at the restaurant. In the movie, Choi Hyeong-bae orders sweet and sour pork(tangsuyuk), assorted seafood and vegetables with mustard sauce(yangjangpi), and rice with Mapa tofu(mapadububap). The restaurant in real life offers freshly-cooked jjambbong soup in place of mapadububap. It’s a completely Chinese-style appetizer set intended to be enjoyed with drink orders. 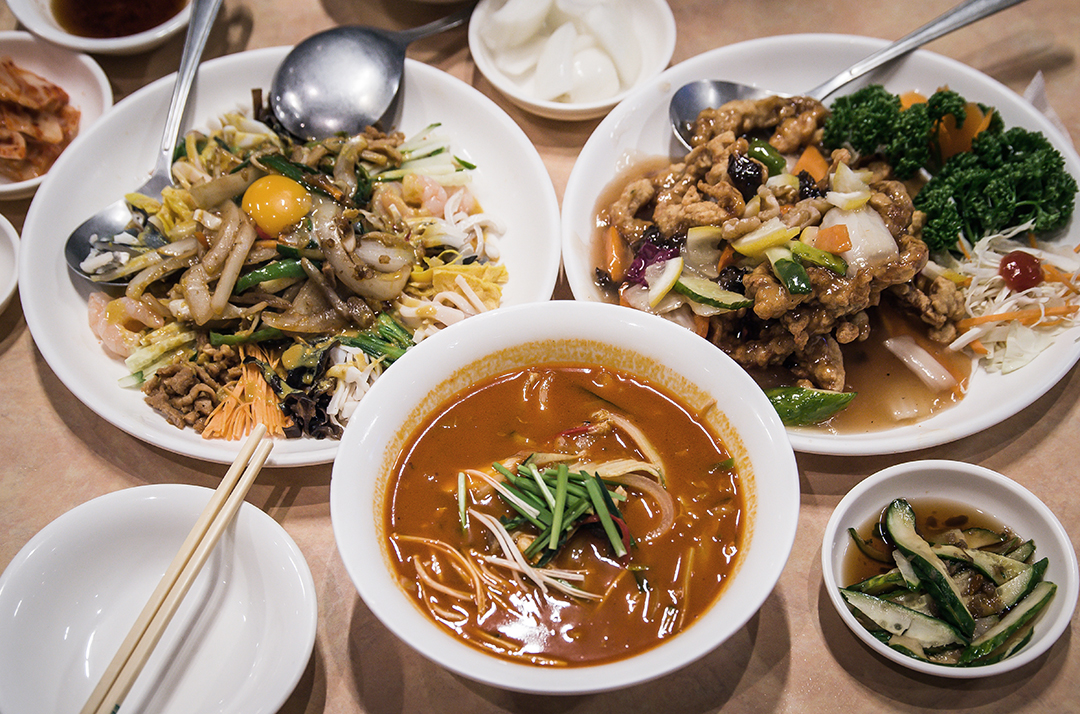 It would have been difficult to recommend the restaurant had it only been for the menu relying on its fame through the movie, but Dong-gung is an authentic Chinese restaurant run by a well-established Chinese merchant based in Busan. The flavor of home-cooked mustard sauce in yangjangpi is not overbearing. Rather, the sauce seeps into the ingredients to create a harmonious taste that has appealed to many customers.
The Ha Jung-woo set is 42,000 won for a good amount of food for two people. If you are a confident drinker, you should not miss the chance to enjoy Daesun Soju famously made in Busan.
Address 21-2, Chungjang-daero 9beon-gil, Jung-gu, Busan-si
Inquiry +82-51-465-7474
Marinated Crab Impresses Master Director, Masan Genakjjim 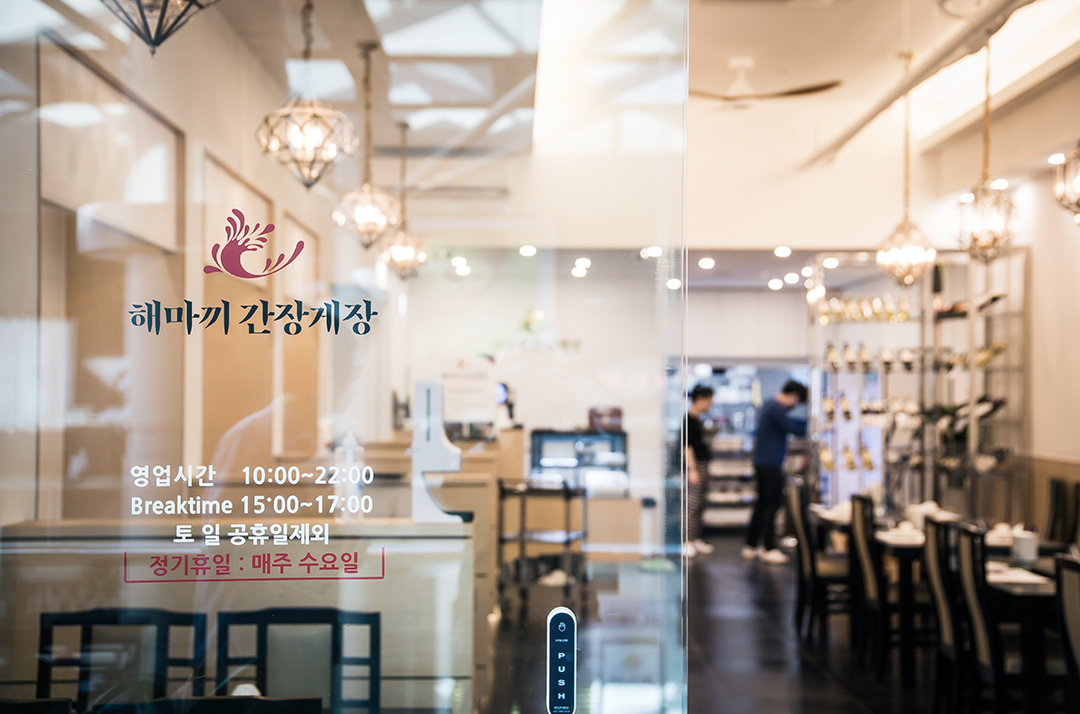 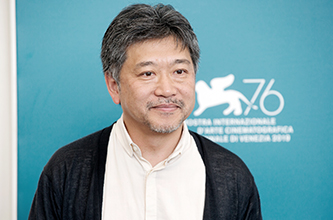 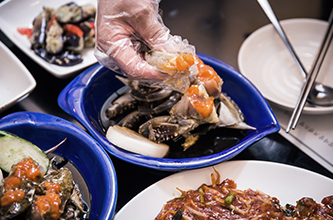 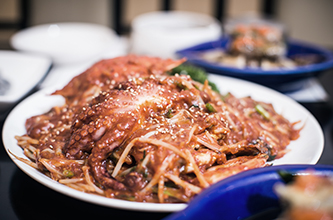 The most famous soy sauce marinated crab in Busan, according to film industry workers, is available at Masan Genakjjim(Haemakki Ganjang-gejang). You can truly feel the popularity of this place if you try to have a meal there in October during the BIFF period when the lights stay turned on day and night as filmmakers and actors crowd the restaurant for their get-togethers. You can easily spot a celebrity there. It is particularly known as the favorite restaurant of Japanese director Hirokazu Kore-eda who was awarded Palme d’Or at the 2018 Cannes Film Festival for his film . He is known as a regular customer who visits the crab diner every time he travels to Busan. This year, he reportedly had someone bring a packaged order directly from the restaurant since he could not visit Busan. Thanks to his recommendation, Japanese movie star Joe Odagiri has become a loyal customer himself and reportedly brought his family to the restaurant. 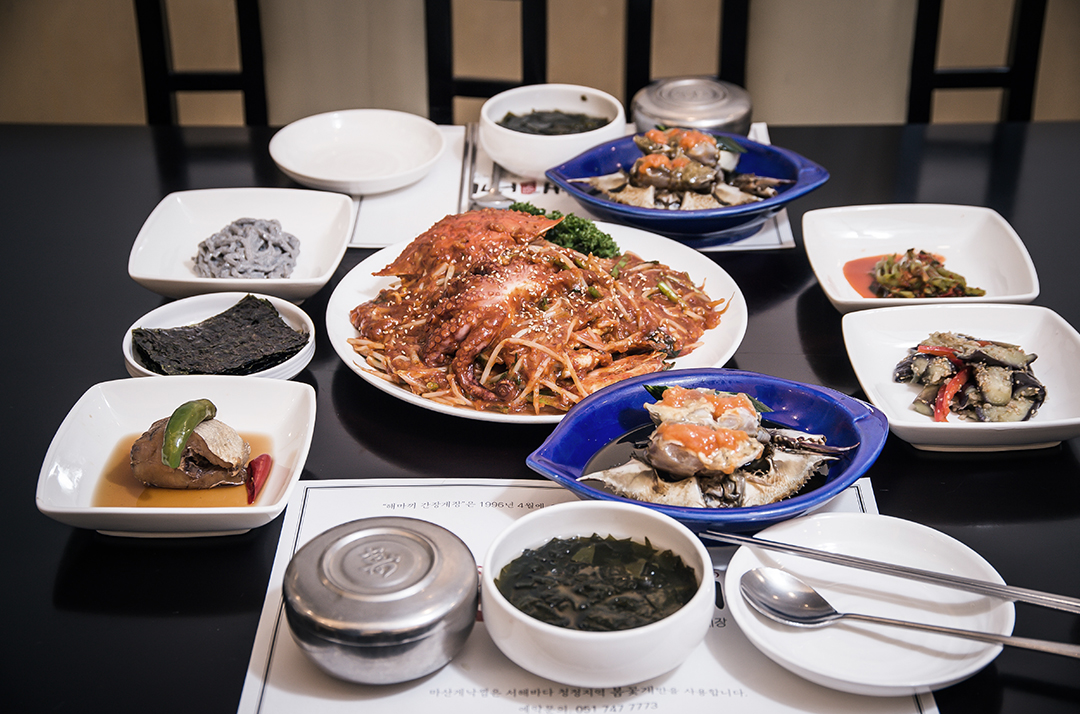 Soy sauce marinated crab at Masan Genakjjim is cooked by using a portion of the one-year supply of hen crabs that was purchased at an auction and kept deep-frozen in a designated freezer. Hen crabs are caught near Yeonpyeong-do in spring, when they are in season. Masan Genakjjim does not boil down soy sauce mixed with various medicinal herbs to remove the fishy smell of the crab like other crab restaurants do. Instead, the medium saltiness of the sauce forms a rich, abundant flavor when combined with the fresh, sweet crab meat.
Gejang is sold three ways--large, medium, and small--depending on the size of hen crabs. The restaurant also packaged crab meat in a can. Along with ganjang kkotgejang(blue crab), haemul-jjim(braised spicy seafood) is also a signature dish. The crab-based broth is not spicy, and a variety of seafood such as crab, shrimp, and small octopus is used for a rich flavor that represents local delicacies in Busan.
Address #10, 2F Pale De CZ Condo, 24 Haeundaehaebyeon-ro 298beon-gil, Haeundae-gu, Busan
Inquiry +82-51-747-7773
Best Fried Dumplings in Busan Chinatown, Jangseonghyang 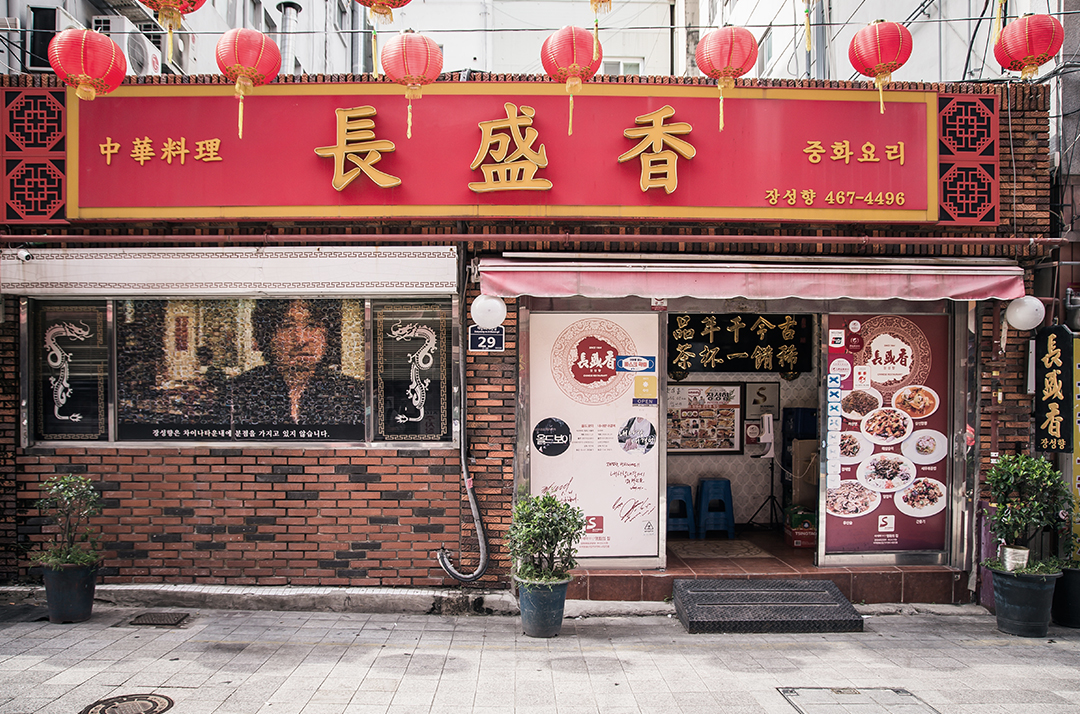 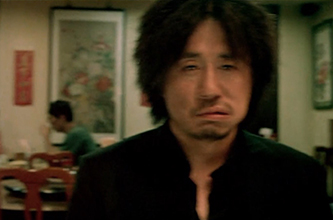 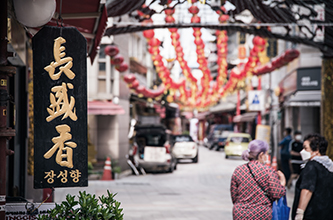 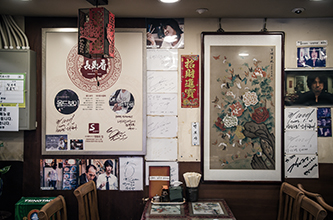 In the film , Oh Dae-su, played by actor Choi Min-sik, is imprisoned for 15 years, eating only fried dumplings(gunmandu). The character says “Except for gunmandu” when he describes the kind of food he is craving. The scene evokes empathy in the audience who understand the intense hatred of gunmandu he must feel. It is natural that the character is losing his mind after having eaten gunmandu for 15 straight years. Nevertheless, gunmandu of Jangseonghyang is so delicious that maybe it would be okay even for the character to have one more dish if he has to. Jangseonghyang is the restaurant that serves the notorious gunmandu in the movie. 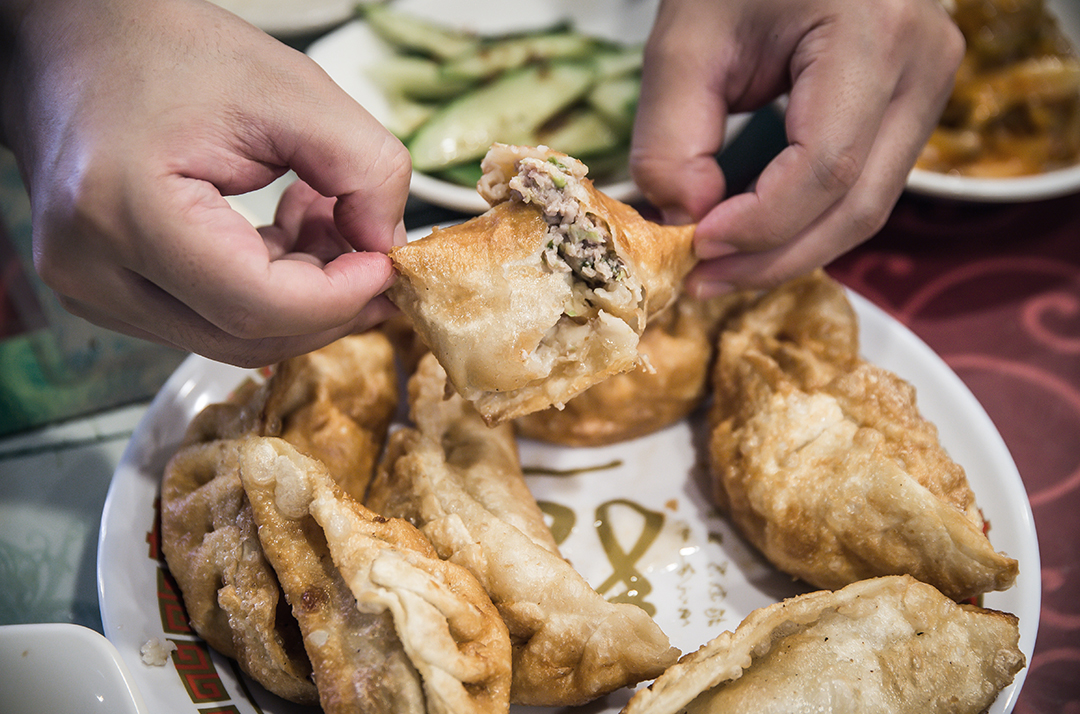 When you enter Chinatown across the street from Busan Station, you will see Chinese restaurants and shops lining up the road. Jangseonghyang is located near the entrance. These days, many Chinese restaurants rely on factory-made dumplings for their supply, but Jangseonghyang uses only fresh homemade dumplings that are produced in hundreds each day. The size of dumplings is much larger at Jangseonghyang compared to other restaurants, with stronger scents of beef and ginger. Maybe that is how the character of Oh Dae-su is able to detect the gunmandu of Jangseonghyang in the movie.
Jangseonghyang proudly displays the photograph of Oh Dae-su from a movie scene and the autograph of Choi Min-sik. Of course, Jangseonghyang had already been popular before the film was released. Each table gets filled with a range of Chinese cuisine, including gunmandu. A typical Chinatown joint.
Address 29 Daeyeong-ro 243beon-gil, Dong-gu, Busan
Inquiry +82-51-467-4496
Vetted by Busan Taxi Drivers, Chilbaekjang Sikdang 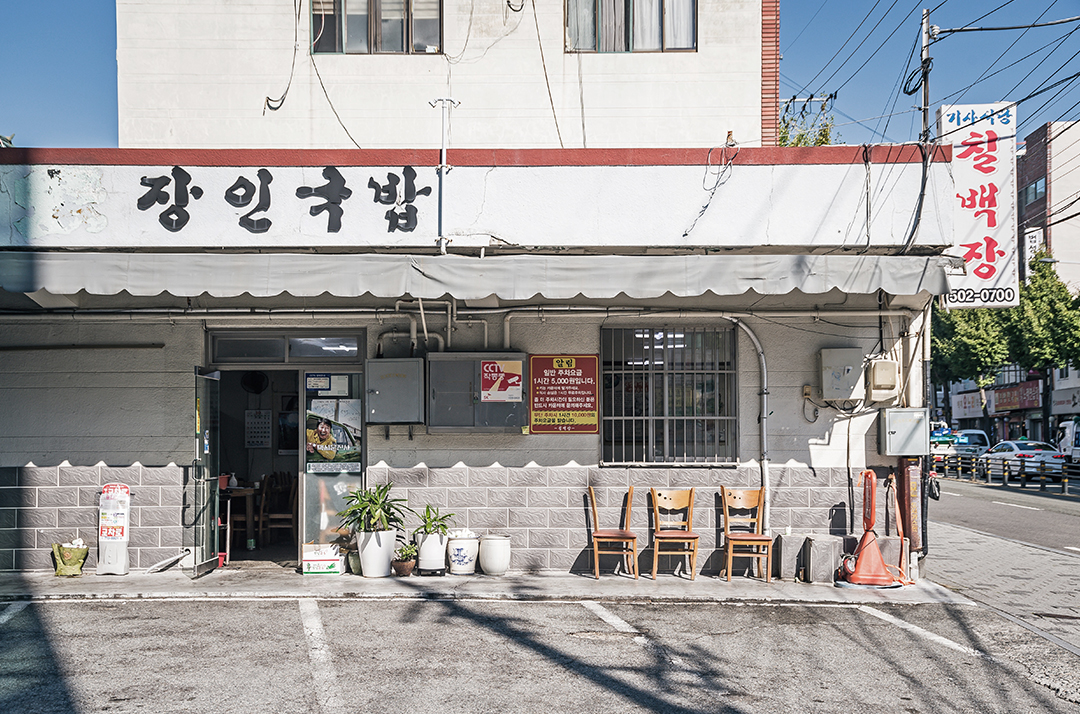 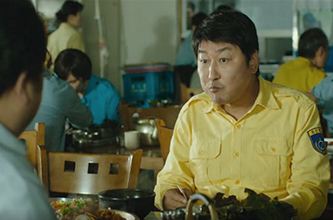 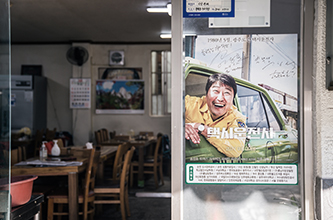 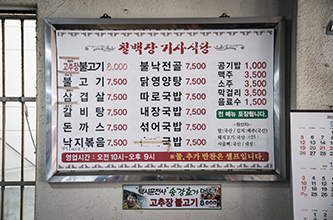 In the beginning of the movie , dealing with what happened in Gwangju in May 1980, a character named Manseob played by actor Song Kang-ho overhears a conversation at a diner about a 100,000-won reward for driving a foreigner to Gwangju. He immediately goes out to pick up the foreign passenger. The diner at the three-way intersection where he sits with a friend is Chilbaekjang Sikdang, popular among taxi drivers in Busan. Their order is gochujang bulgogi, the diner’s signature menu. The spicy marinated pork is cooked on the sizzling hot stone grill. Mix it with seasoned bean sprouts and green onions to continue cooking until the pork is thoroughly cooked. The last step is adding Jeongguji(garlic chives) to the pork to make a wrap and eat.

Any gisa sikdang(drivers’ restaurant) known for good meat dishe; either serves gochujang bulgogi or soy sauce bulgogi. Chilbaekjang Sikdang is famous for its gochujang bulgogi, which tastes not too spicy or sweet, and has a reasonable price. The decent quality of food and value attracts not just taxi drivers but tourists as well. The restaurant displays a movie poster showing a big smile on Song Kang-ho’s face at the entrance, along with autographs of other celebrities. There are traces of their visits separately from the fame brought on by the film. If you want to taste something that has been loved for decades and is still affordable, we recommend you visit Chilbaekjang Sikdang.
Address 67 Minam-ro, Dongrae-gu, Busan
Inquiry +82-51-502-0700 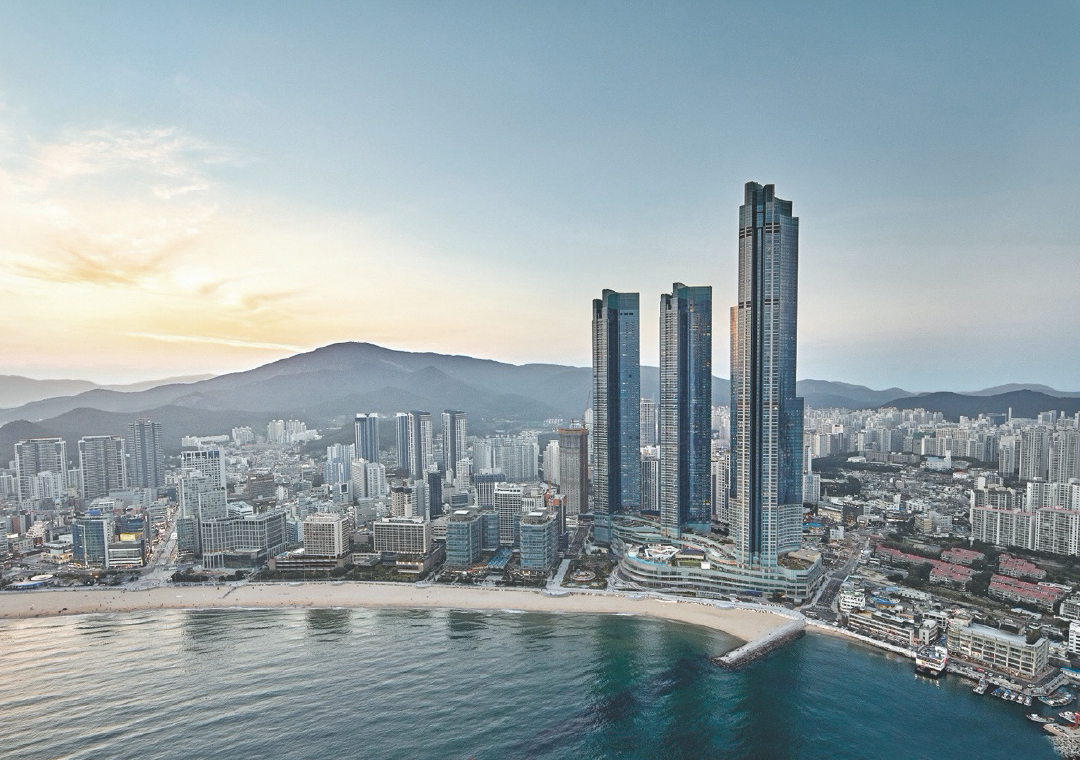 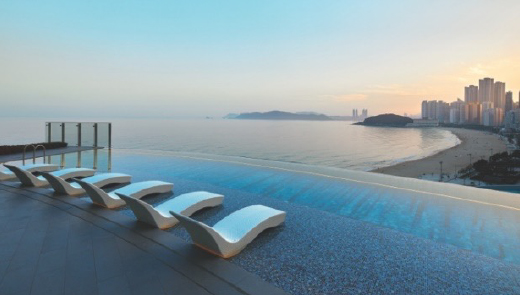 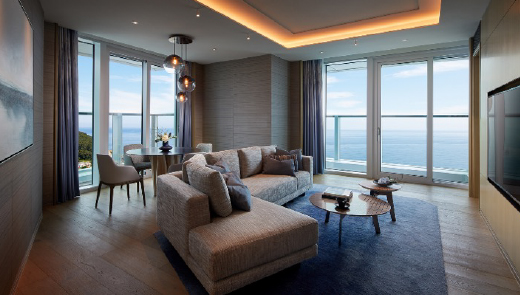 Where to Stay in Busan: LOTTE HOTEL BUSAN and SIGNIEL BUSAN
Located near the Seomyeon area, LOTTE HOTEL BUSAN offers a spectacular view of the city. Designed with contemporary sensibilities and flair, the hotel also brings you comfort with privacy. You can choose from some 650 rooms to fit the purpose of your trip and dine at a wide variety of restaurants, while creating special memories in the country’s largest port city.
SIGNIEL BUSAN is the second SINGIEL hotel after SIGNIEL SEOUL. It’s situated inside LCT Tower, the new landmark in Haeundae. The hotel with 260 rooms offers a breathtaking ocean view of Haeundae and Gwangan Bridge. SIGNIEL BUSAN serves dishes of highest quality, as prepared with the help of three Michelin-starred chef, Bruno Menard.