First Town in Hallasan, Jeju Buckwheat Village
We visited Gwangpyeong-ri, Andeok-myeon in Jeju also known as ‘the buckwheat village of Jeju’. In the first town to exist in Mount Hallasan, the scent of buckwheat fills the air.
The village of Gwangpyeong-ri in Andeok-myeon, Seogwipo sits in the mountain, at about 400-600m above sea level. In the island of Jeju, villages were mostly formed close to the coastal line on account of the access to spring water. For the same reason, middle mountainous areas, found roughly at around 200-600m above ground, did not experience the establishment of villages. The name Gwangpyeong means ‘flat and wide’ and refers to its altitude, which is the highest among mountain villages in Jeju. Previously, the village was called ‘Neobeungot’ or ‘Neobeundeureu.’ 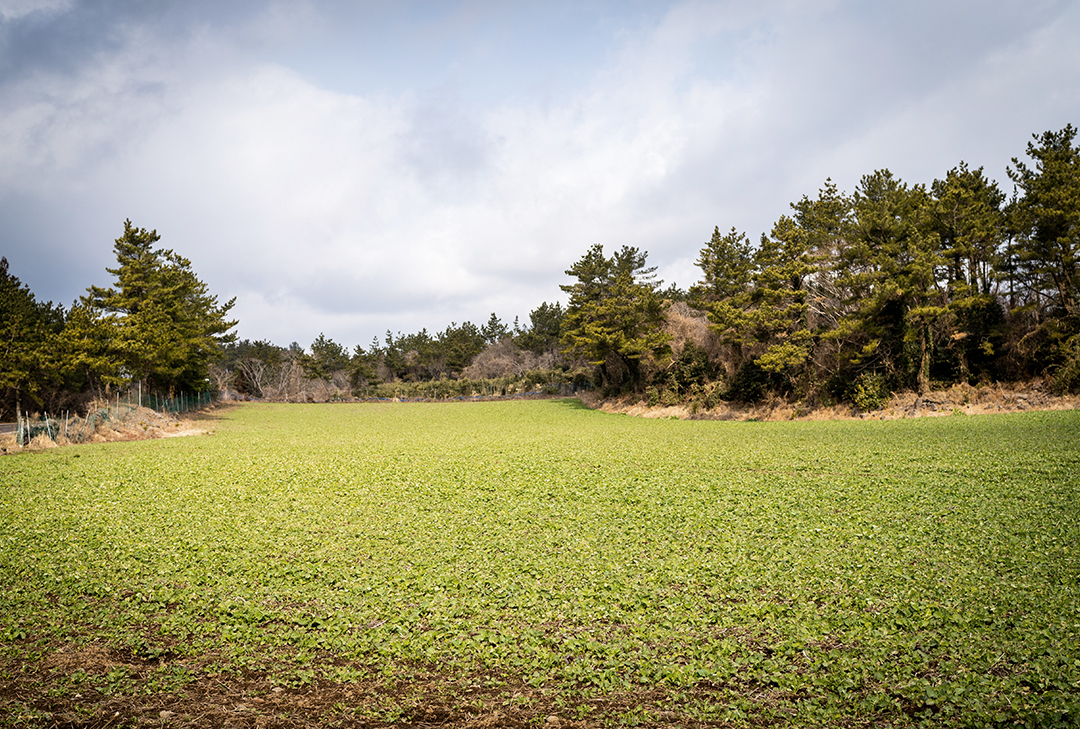 Pure Water, Clean Air at Gwangpyeong-ri
Just 10 years ago, Gwangpyeong-ri was considered a ‘remote village.’ Surrounded by several oreums including Wangime Oreum, Idoni Oreum, Jogeundaebiak Oreum, and Dombagi Oreum, the village is situated in a flat, largely-grassy basin. It explains why traditionally a lot of ranches were operated in the area. Village people used to grow potatoes and buckwheat generation after generation for their main food. Today, buckwheat and beans take up larger proportions than potatoes in terms of production volume. Once occupied by fewer than 15 households, the village is no longer hard to reach as the construction of Second Sallok Road made the airport, Seogwipo-si and Jeju-si more easily accessible. Technically it’s hard to say there are many residents, having 51 households at the moment. However, being 600m above ground, which is believed to be the best natural setting for residential purposes, and having not too many residents are what have kept the area still clean and pure. This peaceful little village started to become famous one day as the village of buckwheat, thanks to the effort made by the local community. 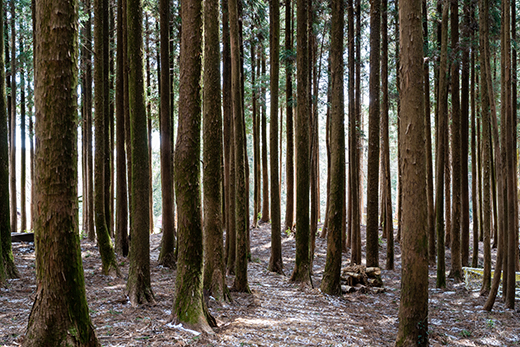 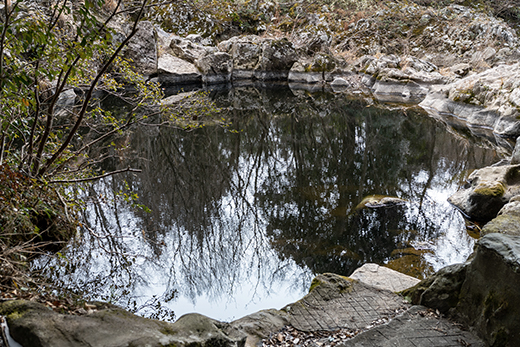 Goddess Jacheongbi Brings Buckwheat
Jeju is an island of many mythical stories. Before talking about the village of buckwheat, we should discuss one of the most famous myths involving ‘Goddess of Farming Jacheongbi’ representing the island of Jeju. Once upon a time, a nobleman by the name of Kim Jinguk and his wife got a baby girl at a late age and named her ‘Jacheongbi.’ Years later, Jacheongbi ran into a young man named Mun Gukseong, a son of the Heavenly Emperor, by a pond and disguised herself as a man to follow Mun, pursuing higher education. When Mun was about to leave for Heaven, Jacheongbi finally revealed she was a woman. Rejoiced, Mun promised to marry her but ended up not coming back for a long time. Instead of waiting idly on Earth, Jacheongbi went through many hardships and found Heaven on her own, eventually marrying Mun there. While leading a happy life with Mun in Heaven, Jacheongbi one day looked down and saw people working hard to grow crops on Earth. She then returned to Earth with grains from Heaven to help people with farming. The ‘Myth of Jacheongbi’ has many versions, having been orally transmitted, but maintains this basic storyline.
Jacheongbi wanted to bring five grains to Earth but on her way down she realized she had forgotten to pack buckwheat. So she went back up again and brought buckwheat. The myth does not provide details regarding what types of grain Jacheongbi chose, except for the part about buckwheat. It indirectly indicates that buckwheat can be planted later in the year since it grows fast and can still be harvested alongside other crops.
According to the Gwangpyeong-ri narrative, the emphasis on buckwheat in the story of Jacheongbi is meaningful, and her parents lived in ‘Neobeundeureu Village’ which is the same area as the present-day Gwangpyeong-ri. Bachelor Mun lived in ‘Wangime Oreum’ and the pond where Mun met Jacheongbi is ‘Haenggiso,’ the only cultural heritage in Gwangpyeong-ri. Searching for a pond where fairies would likely bathe and strolling around the village by Wangime Oreum, you will realize you are in a place that deserves to be called Jacheongbi’s home. There is a wooden swing set at Haenggiso. From spring to fall, people looking to take magical photographs visit this place. 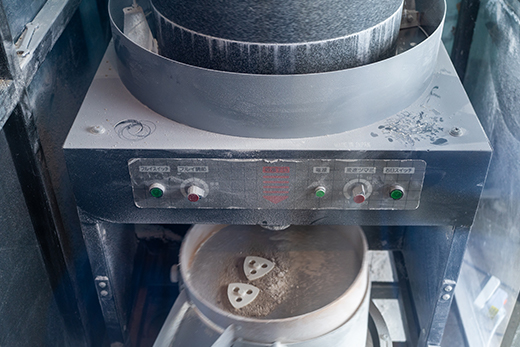 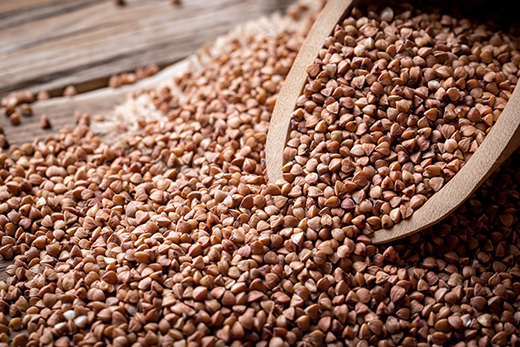 The agricultural cooperative in First Village under Hallasan mills buckwheat every day. 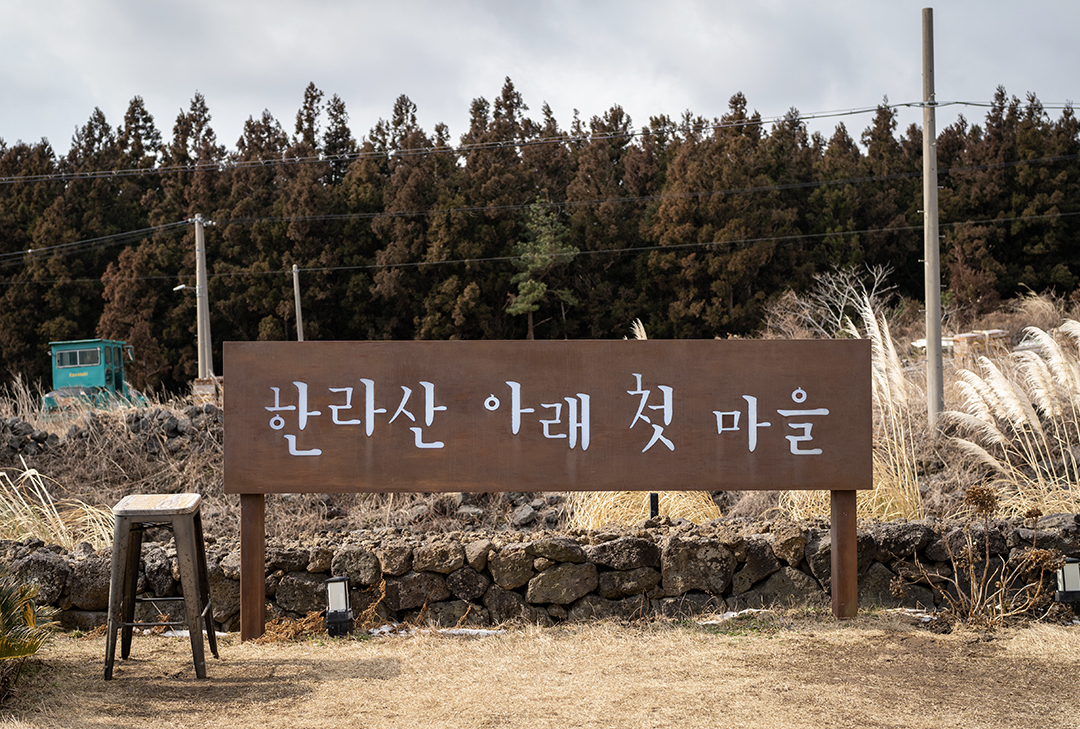 Buckwheat Village Gwangpyeong-ri
Buckwheat is an important crop in Jeju Island as indicated through the reference to it in the ‘Myth of Jacheongbi.’ In fact, even to the entire country beyond Jeju, buckwheat is important. People residing in Jeju are often surprised to learn that over 40% of the buckwheat production in Korea is from Jeju. It’s understandable, however, if you think of all of the white buckwheat flowers that almost blanket the island in spring and fall. Jeju buckwheat is sowed twice a year, and it is harvested in June and November when buckwheat flowers fall. The same applies to Gwangpyeong-ri. It is difficult to grow rice in Jeju on account of its soil. Buckwheat and barley have always been important crops in Jeju where various foods made of buckwheat are developed. Local food such as bingtteok, memilmuk(buckwheat jelly), jobaegiguk(buckwheat pasta soup), and dolletteok, as well as gosari(bracken) yukgaejang and momguk(gulfweed soup) that are popular among tourists use buckwheat flour. When Jeju didn’t have buckwheat processing facilities, most of the Jeju buckwheat would be sent to the mainland including Gangwon Province for processing.
In order to sustain the village and maintain the population, Gwangpyeong-ri is using buckwheat in its shift into a ‘Farming & Healing Village.’ The first step was the establishment of an agricultural association for ‘Jeju Island Farmers.’ The association finished building a buckwheat flour mill in early 2017, contributing to the production and sale of buckwheat rice and flour in local markets. It also opened a buckwheat experience center which includes a restaurant, shop and cafe. By having farming, producing, processing, and selling all take place in the village, Gwangpyeong-ri has become ‘the 6th industrialized village.’ In addition, its tea-making factory produces wild flower tea. The ingredient is collected from the clean Gwangpyeong-ri area, and washed with the natural bedrock water pulled from 700m under the ground. Strolling through buckwheat fields, tasting buckwheat dishes, and sipping local wild flower tea, you will feel that you became part of the clean village under Hallasan.
Places to Check out at Gwangpyeong-ri 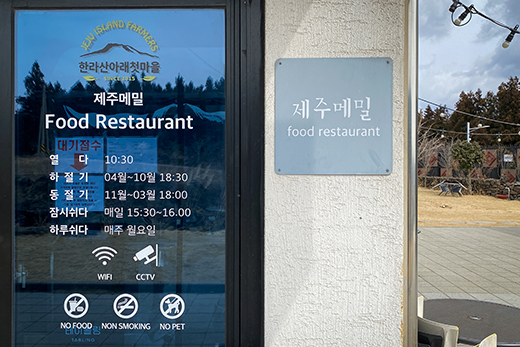 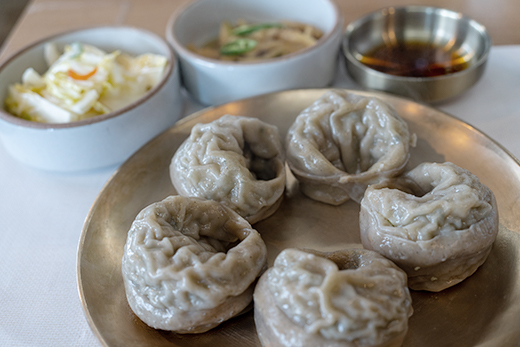 Jeju Island Farmers(First Village Under Hallasan)
At the moment, Gwangpyeong-ri is most famous for its Jeju buckwheat restaurant named ‘Jeju Island Farmers(First Village Under Hallasan).’ Locally-grown buckwheat goes through the milling and noodle-making process to be turned into delicious buckwheat noodle dishes. During a peak-season weekend, there is a long queue in front of the restaurant. After the initial tasting of the food, I was so fascinated that I became a regular at the restaurant, and have never been disappointed no matter what I had. The signature dish is ‘bibijakjak myeon’ which mixes buckwheat noodles, seasonal vegetables of Jeju, and perilla seeds. The restaurant’s cold buckwheat noodles and spicy buckwheat noodles are all very delicious, and there are Jeju buckwheat dumplings and pancakes as well. The menu also includes ‘buckwheat jobaegi’ which is a folk food that helps postnatal women with their recovery with its blood purifying effect.

Gobaegi Hill
Established about 200 years ago, the village of Gwangpyeong had no residents for a while after the Jeju April 3 Uprising and Massacre. In 1955 the village was rebuilt on a site located at the foot of Gobaegi Hill, which now offers 660m of walking trail. It takes less than 20 minutes to walk the path from start to finish. The walking path offers a nice flooring and many rest spots with benches and hammocks. It’s a great place to spend time with your family. Fill your stomach at the Jeju Island Farmers restaurant and stroll around Gobaegi Hill.

Jogeundaebiak Oreum, Wangime Oreum
Recently, Gwangpyeong-ri planted Korean rosebays and cornelian cherries on the local ‘Route 29’ that runs across the village. As time goes by, the trees will spread their roots deeper into the ground and branches higher up toward the sky. The village will be even more captivating. You will see rosebays blossom in May and cornelian cherries in July. The month of May will be extra special with the blooming of buckwheat flowers as well. Following the flowery path, you reach Wangime Oreum. If you choose the opposite direction, you will reach Jogeundaebiak Oreum after Sallok Road. Both oreums have gentle slopes, but hiking requires appropriate gears such as hiking shoes and clothes due to the lack of walking trails. If you go up to the oreums before it gets dark, you can watch Jeju’s sunset in the west.