Together and Individually, Vietnamese Eating Trend
We surveyed the latest trend in Vietnam’s eating culture at several restaurants in Hanoi.
“Eating can overcome the Tao.” and “God never reprimands those who are eating.” are two of many Vietnamese proverbs about food. The love and pride Vietnamese people have with regard to their food and culinary culture are beyond description. As if to match that, Vietnamese cuisine is gaining popularity in the global community as well.
So what’s the newest trend in the Vietnamese food scene? Are there any unfamiliar food in addition to pho, bun cha, and banh mi? Which food or restaurant is most popular among locals? Let’s embark on a journey to experience the latest food culture of Vietnam. 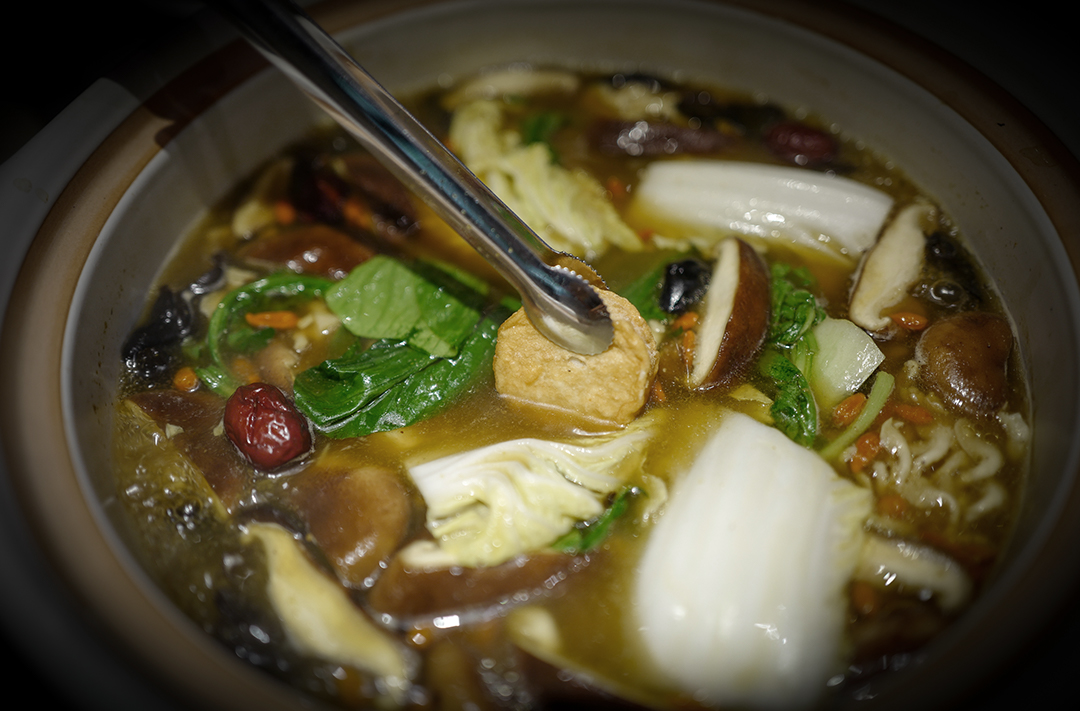 Lau, the Vietnamese shabu-shabu filled with all sorts of ingredients

Lau to Vietnamese?
Several years ago, a TV program had celebrities travel around to find and introduce popular restaurants across the globe featured an unfamiliar Vietnamese dish known as ‘lau.’ Video footage showing a large pot in the center of a dining table cooking all kinds of delicacies made people wonder what the food could be. They were enthused for a clear reason. Although it was their first time encountering the image of lau, it felt oddly familiar. The name is strange yet the appearance is something we see all the time. Hot broth filled with various mouth-watering ingredients is very similar to shabu-shabu and Korean-style soup or stew.
Since a few years ago, lau has been all the rage among restaurants in Vietnam as they continue to add new lau dishes to their menus. If a restaurant used to deal with beef, it would sell beef lau. In the same manner, there are seafood lau, chicken lau, and all jokes aside, frog leg lau. Thai restaurants in Vietnam have come up with a Thai-style lau with a soup base such as tom yum goong and local ingredients. In a nutshell, lau has become a style of cooking instead of a specific dish. If a group of people get together and boil a big pot of soup and various ingredients, that’s lau. 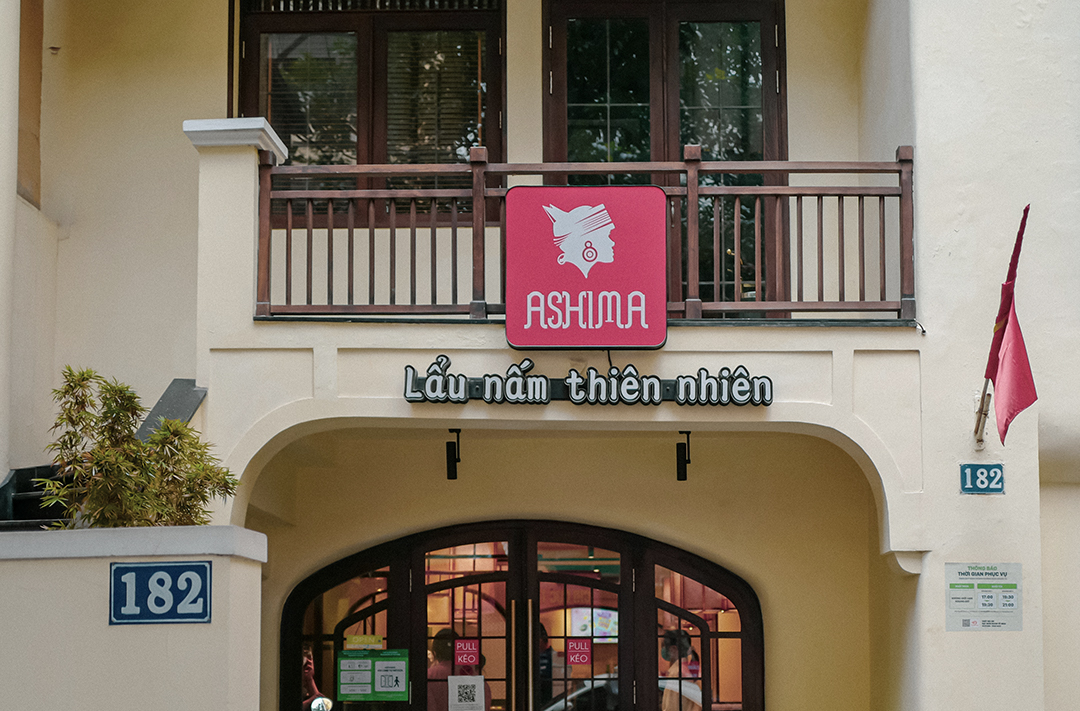 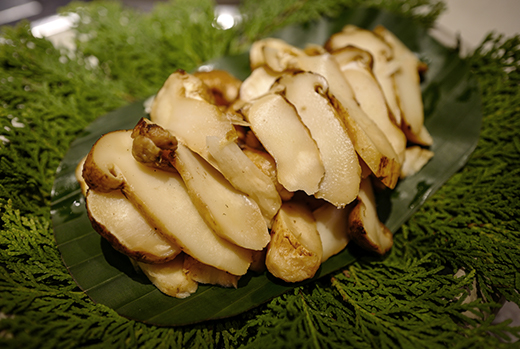 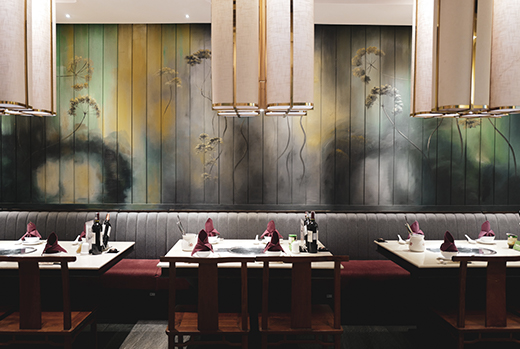 Ashima, the lau restaurant in Hanoi specializing in mushrooms

We now want to bring your attention to a restaurant where you can enjoy lau in a bit more special, sophisticated way in Vietnam. Ashima is a lau restaurant specializing in mushrooms. Basically any mushroom you’ve ever heard the name of will be available there. Everything is home-grown at the Ashima farm. There are unfamiliar kinds such as Hericium erinaceus and rare finds including wild pine mushrooms and Cordyceps militaris. After putting in mushrooms and vegetables in the boiling broth, make sure to add your preferred meat choice. A big bowl of lau will make you sweat, but also give a sensation that you’re becoming healthier. 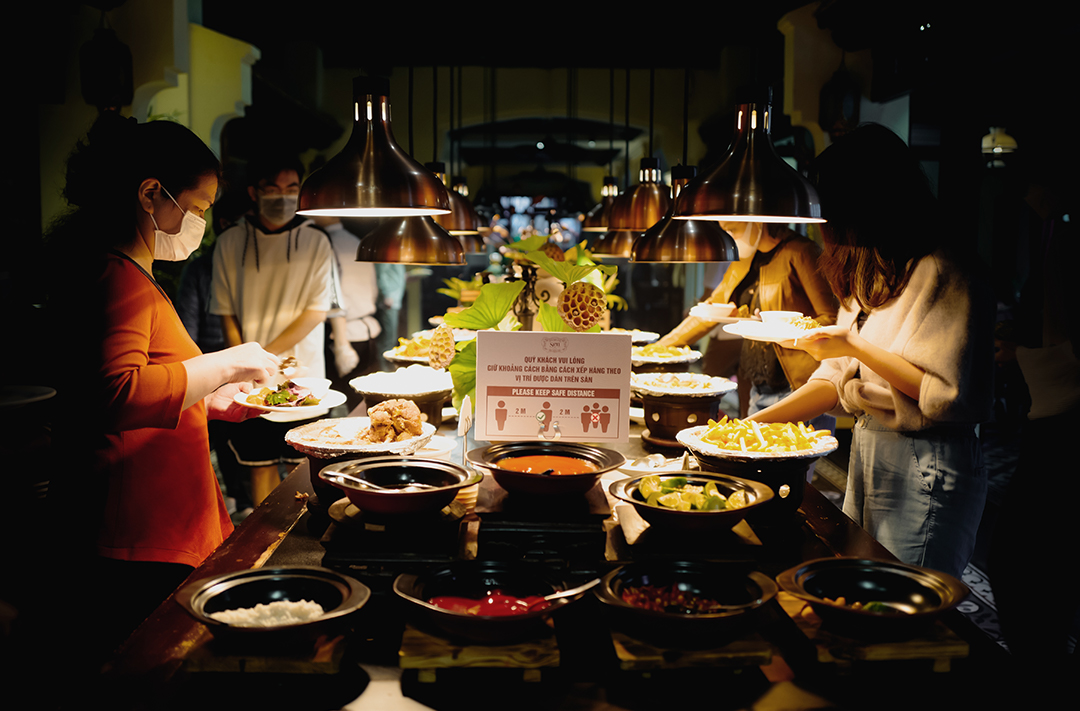 Buffets Making Foray - Local Food Culture in One Place
Buffet restaurants currently have a full grip on Vietnamese people. Even if you have to pay a little extra money, having the option of eating what you like to your heart’s content is appealing to more and more people, further spreading the buffet culture across Vietnam. Large multiplexes in big cities like Hanoi and Ho Chi Minh City often have a couple of floors entirely dedicated to buffet restaurants. There are Korean BBQ buffets, Japanese buffets, and lau buffets to name a few. For foreigners traveling in Vietnam, we highly recommend Sen Hotay buffet restaurant.
With a name referring to a lotus flower in West Lake, Sen Hotay is the best place to experience Vietnamese food and culinary culture. From appetizers and salad to meat and seafood dishes and desserts, every food comes from Vietnamese cuisine. Travelers often risk ordering strange food a la carte at an exotic destination. Buffets offer a variety of local food and you can safely try the food in small amounts to try new cuisine. Besides, with most of the customers being local Vietnamese, Sen Hotay, which is popular for large gatherings as well, provides a great chance to experience what it is like to be among the locals, pick up local table manners and feel the ambience unique to the country. 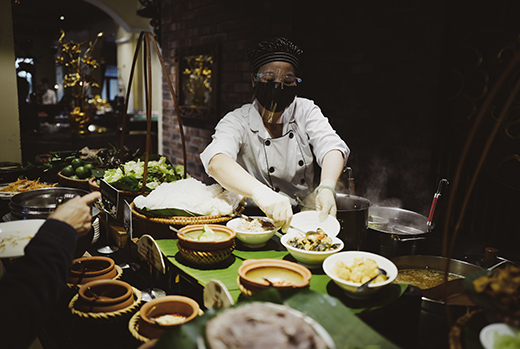 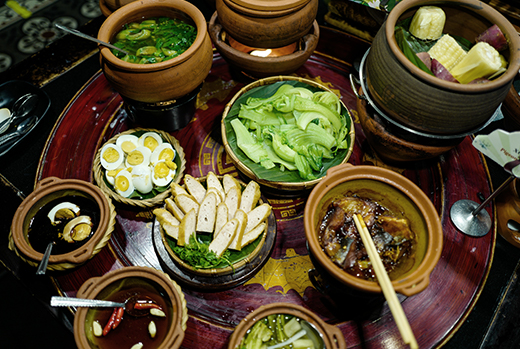 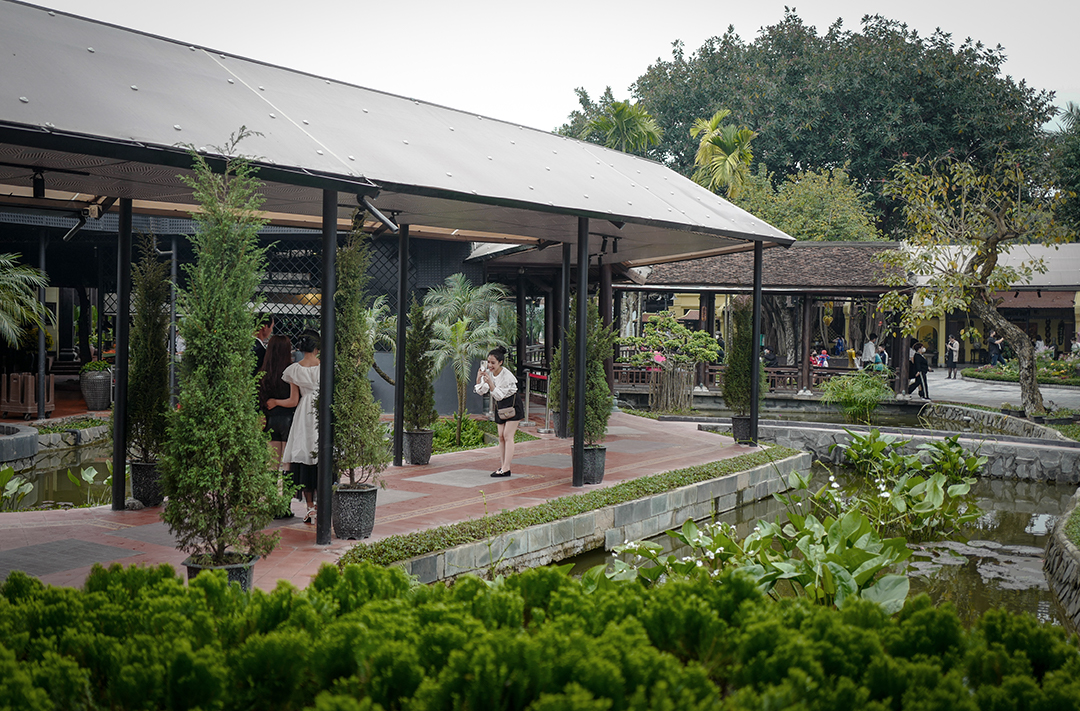 From appetizer to entrée to desserts, it’s 100 percent Vietnamese, making this a perfect spot for tourists.

Sen Hotay is always crowded. Although it is a buffet restaurant, it has a wide a-la-carte section with high-quality food, which boosts the vibrant atmosphere of the restaurant even further. It feels as though you are standing among food vendors at a traditional market. Make sure to check out the dessert section. Local ingredients such as red beans, mung beans, coconuts, and lychees are used to make traditional Vietnamese dessert ‘che,’ available exclusively in Vietnam. It’s a true local flavor. 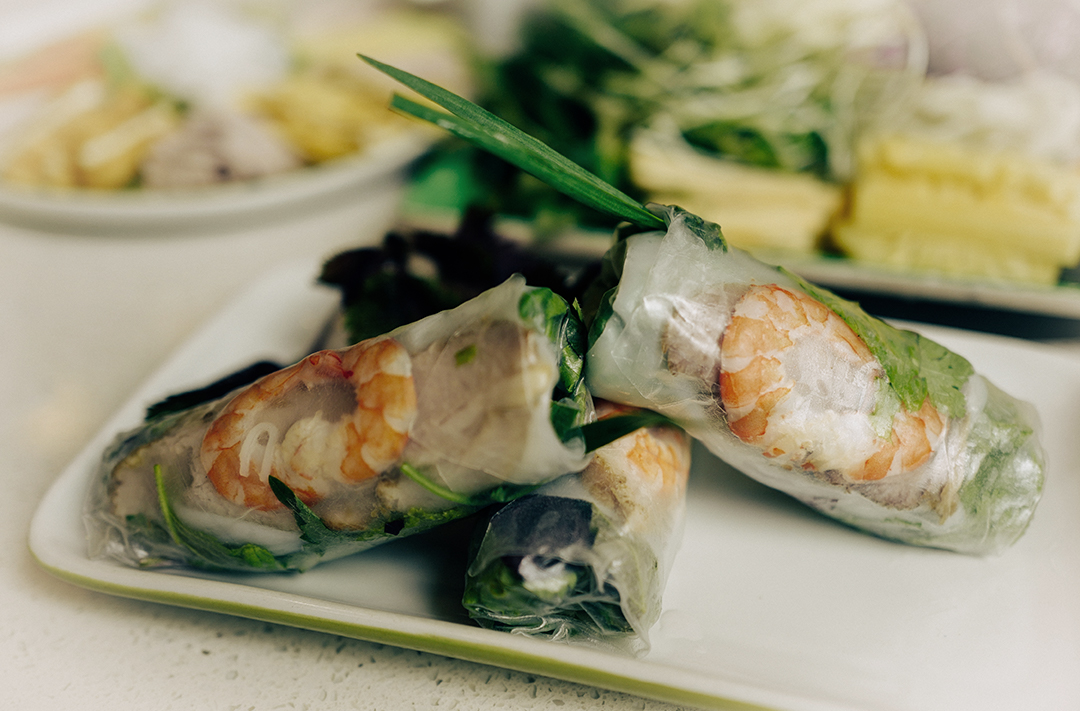 Vietnamese spring rolls are beloved all around the world.

Vietnamese Spring Rolls in Vietnam
It is easy to spot a Vietnamese restaurant in Korea these days, and the range of menu is greater than ever. However, when it was first introduced to Korea, there were not many choices. Back in those days, pho was the signature Vietnamese food without a doubt. It still is the number one choice among people who go to Vietnamese restaurants. It is followed by the No. 2 Vietnamese food, spring rolls. Wrapping vegetables, shrimps, pineapple, and pork in a rice paper, Vietnamese spring rolls are highly popular in Korea. 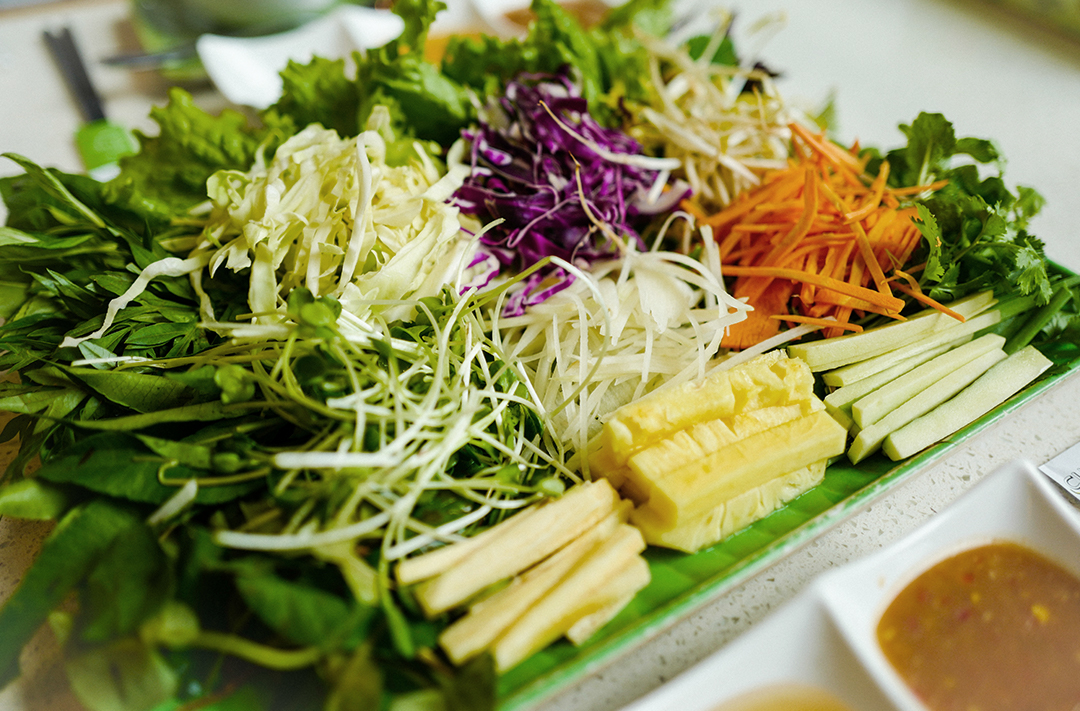 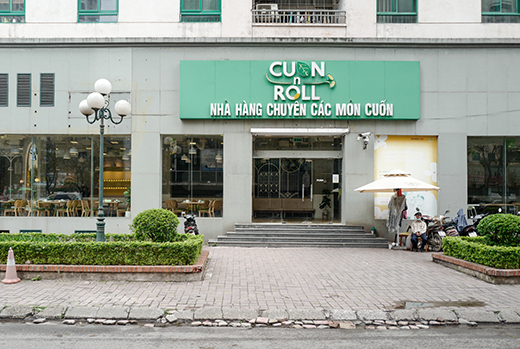 Vietnamese spring rolls are beloved all around the world. 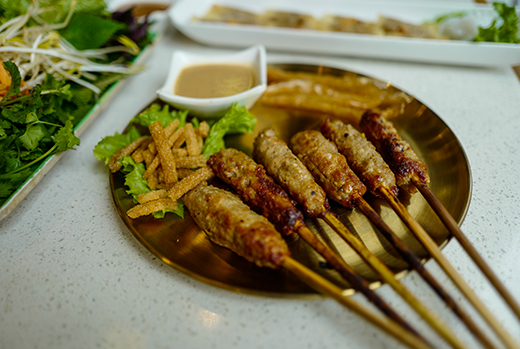 What would a local spring roll taste like? We want to introduce a restaurant specializing in spring rolls. The name ‘Cuon n Roll,’ means food wrap(‘cuon’). As soon as you sit at a table, you are served with rice paper, traditional Vietnamese fish sauce, and a plate of vegetables. Customers are only required to prepare the main ingredient they want to put in the wrap. The restaurant is particularly noted for its pork on a skewer and fried shrimps. Grab a handful of fresh veggies off the vegetable plate and place them onto the rice paper, add the main ingredients like bananas, green mangos, local coriander leaves, meat and shrimps, and finally make a tight roll to dip in the fish sauce or peanut sauce. You will have a taste of Vietnam in no time. When your plates are about to go empty, you are served even more vegetables on a new plate. The never-ending abundance of food and the magical system of food refill ensure that you never have to worry about filling your stomach there.

Address 17T6 Hoang Dao Thuy, Trung Hoa, Thanh Xuan, Hanoi (and three additional branches)
Homepage cuonnroll.com
Individuals in Whole
One of the keywords detected through the trends in the Vietnamese food scene, such as lau, buffet, and spring rolls, is an ‘individual in the whole.’ All three trends point to the spirit of get-togethers and abundance of food to share, but at the same time, they also embrace the individuality of people involved. While shared meals and feelings are good, you can freely control the ingredients and recipes for your food. It is in line with the global trend of respecting ‘nano-sized’ personal tastes. Maybe the trend hints at the grand idea by Vietnamese people with respect to upholding both the common values of society and individual choices? 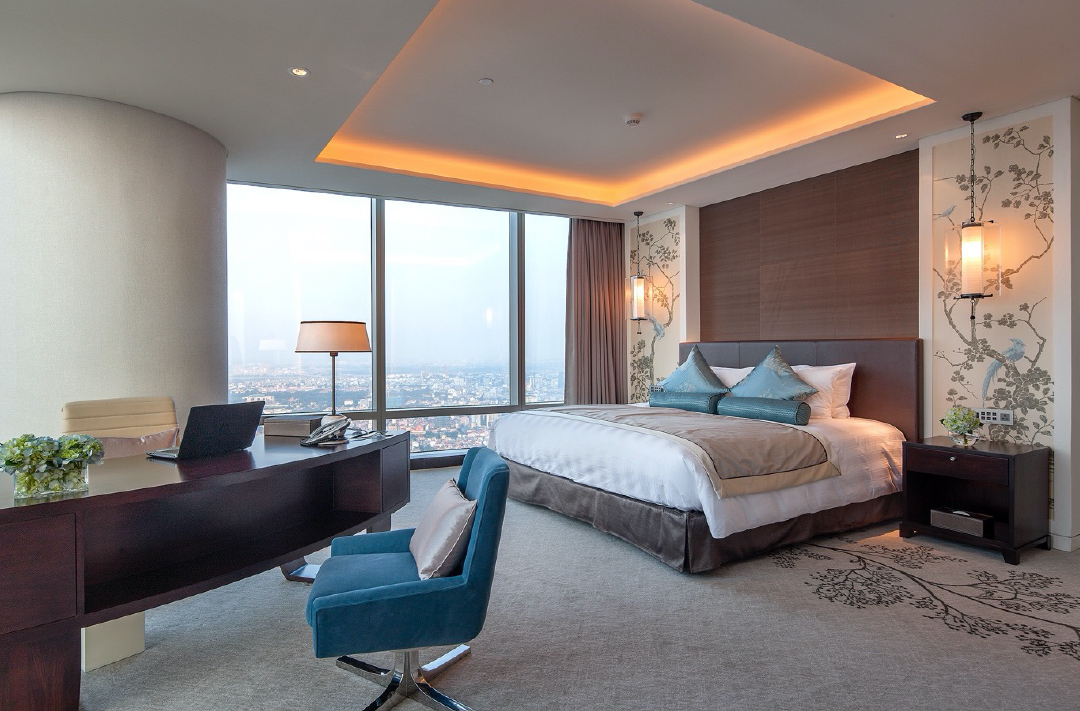 Where to Stay in Hanoi: LOTTE HOTEL HANOI
LOTTE HOTEL HANOI is located in the upper floors of Hanoi’s new landmark Lotte Center. Offering a fantastic view of the entire city of Hanoi, the hotel’s 318 rooms and suites are beautifully decorated using traditional Vietnamese patterns. Its restaurants entertain guests with mouthwatering dishes cooked with the freshest ingredients from Vietnam and around the world, and the rooftop bar is famous for its breathtaking view of Hanoi’s skyline.