Green Diver Kim Hye-jin Introduces Vegan Dining in Jeju
Vegetables in Jeju, grown amid the energy of the volcanic island, scorching sun and treacherous wind, have met the hands of gifted chefs on the island. And let us introduce you to restaurants where those chefs have turned fresh ingredients into eco-friendly, vegan dishes.
Kim Hye-jin, a green diver for oceans and earth, lists vegan-centric restaurants in Jeju for travelers.
They say all the best ingredients in Korea end up in Seoul, but Jeju can be an exception to that. Because Jeju is an island, it always takes extra time to deliver ingredients into the mainland, no matter how tight the distribution network may be. And all the best stuff is consumed within the island. Thanks to its warm climate, soil in Jeju never freezes, making it an ideal place for vegan dining. With a wide variety of vegetables grown year-round, Jeju never has a shortage of fresh, in-season ingredients. Vegan dining in Jeju is founded upon such a rich source of seasonal food.
Amid the rising interest in environment and health, it shouldn’t come as a surprise to anyone that Jeju has become a ‘hot place’ for vegan dining. I’ve only been a vegan for a couple of years, but I’ve been picking up information on vegan dining as quickly as anyone. Whenever a new place opens that serves vegan bread and dishes, I’ll be the first one there. Call me a vegan early adopter.
And when I come across something nice, I like to share it with people, rather than hoarding it for myself. I delight in recommending hidden gems of vegan restaurants to my non-vegan friends and sharing the joy.
Here are four vegan restaurants in Jeju that I recommend the most often to people. They are also the places that my friends have enjoyed the most. 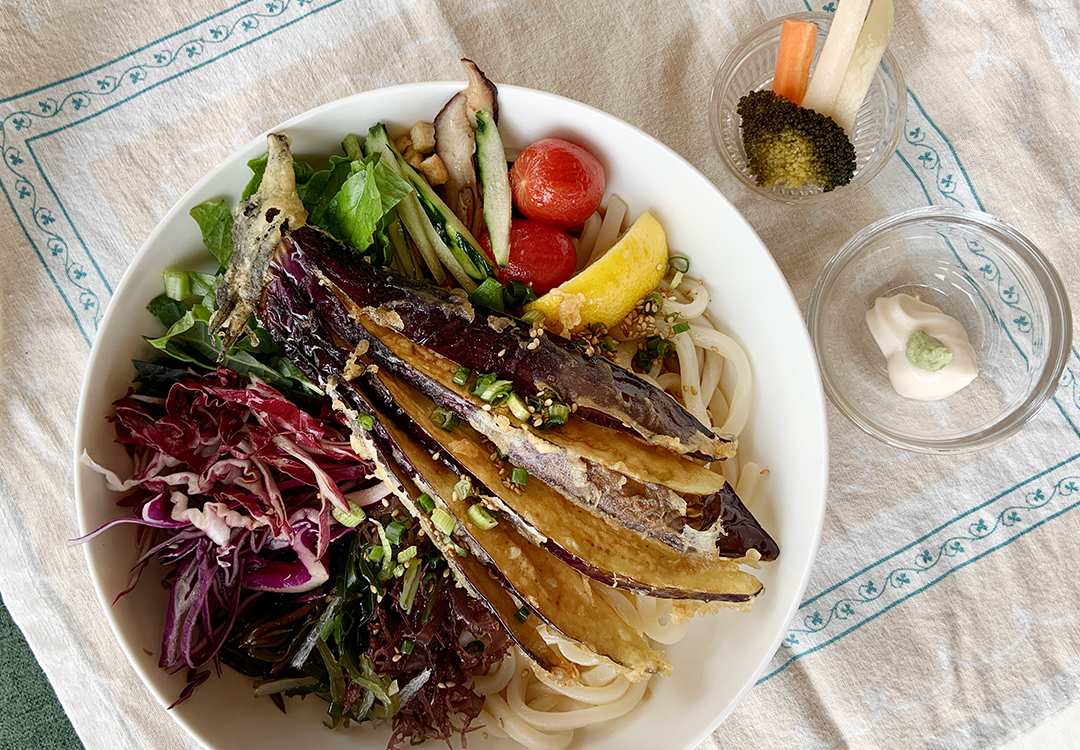 Five_Seventh, Warm Brunch in a Peaceful Seaside Village
Haengwon-ri in Gujwa-eup, where ‘Five_Seventh’ is located, is a quiet seaside town. After a drive on the peaceful coastal road, you will reach the restaurant with floor-to-ceiling windows on all sides. The bright sunshine of Jeju will bring plenty of energy through those windows. Wherever you sit down, you will get a view of the ocean off Gujwa.
The restaurant was so named because its owner wants to eat vegan at least five out of seven days in a week. The message is: you don’t have to be a full vegan, but at least you should take some interest in life and environment. The slogan for the place is, ‘As Vegan As Possible.’ 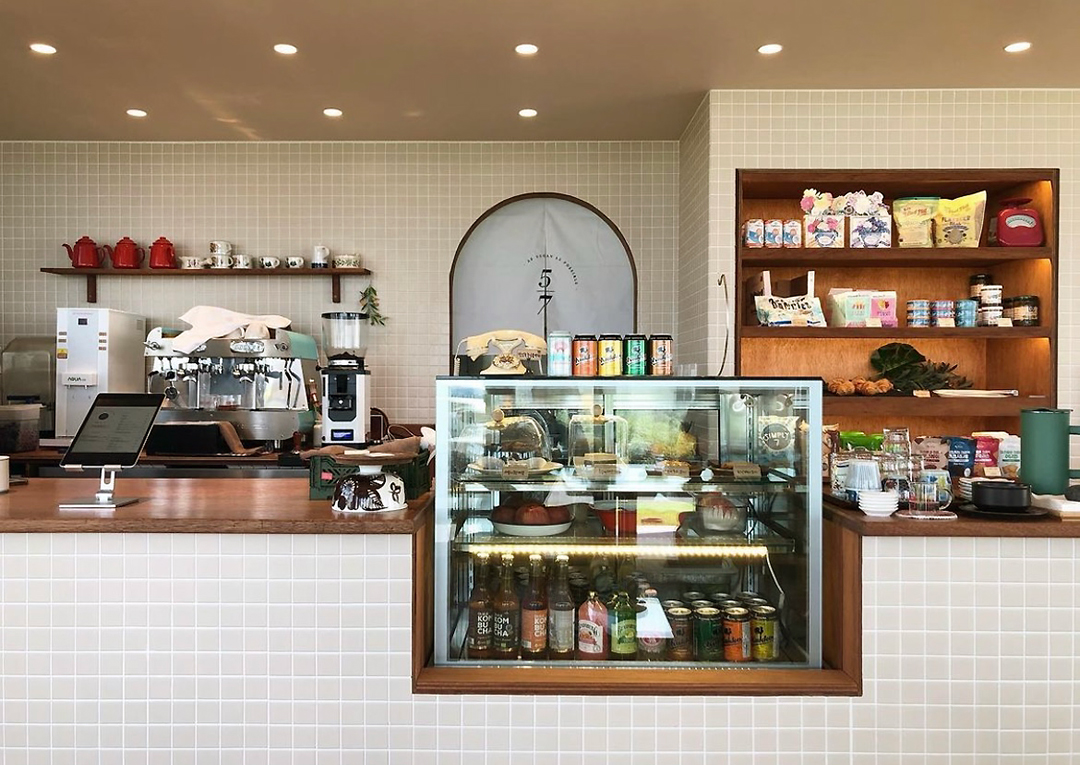 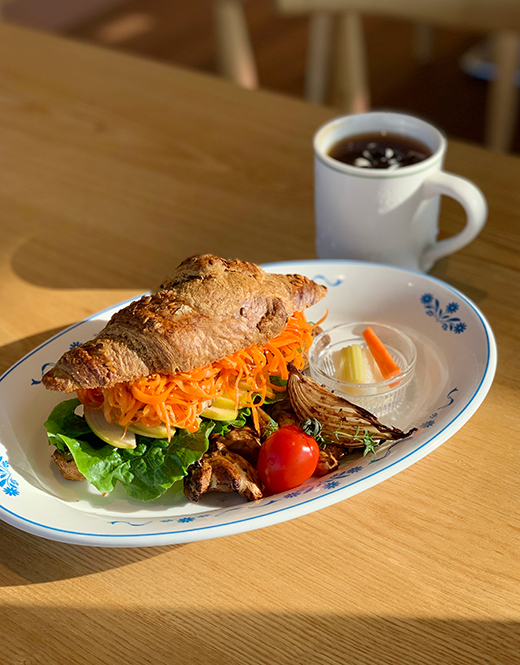 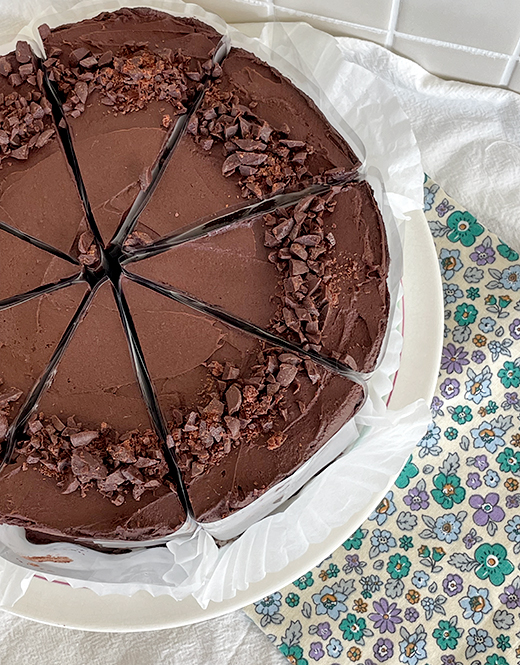 And they serve you hearty portions here. You may think to yourself, ‘I just ate too much,’ but food will be easy to digest. The restaurant will have you keep coming back.
‘Vegan Burger Plate,’ ‘Vegan Croissant Sandwich,’ ‘Cold Udon Salad’ are among all-day brunch items. Desserts include vegan chocolate cake and vegan cookies. Vegan snacks, vegan cheese, vegan sausage and plant milk are also available for sale.

Cargo Cruise, Hip Vibes of Tapdong
Tapdong is perhaps the hippest neighborhood in Jeju. Around Gwandeokjeong (Jejumok Government Office), youthful shops began popping up on streets of the old downtown, creating a unique vibe for the area.
Cargo Cruise, which opened in the summer of last year, has captured the taste buds of visitors to Tapdong in that short time. Well-lit with natural light, the restaurant is full of such refined, polished touches. The pretty logo and pots of plants set up all over the restaurant will put you in the right mindset for delicious food.
Cargo Cruise doesn’t openly promote itself as a ‘vegan restaurant,’ but almost every item on the menu can be served as vegan dishes. It’s a place for vegans and non-vegans alike. The types of reaction you will most often get include, ‘Can this really taste like this without meat?’ and ‘With these dishes, I can become a vegan myself!’
​​​​​​ 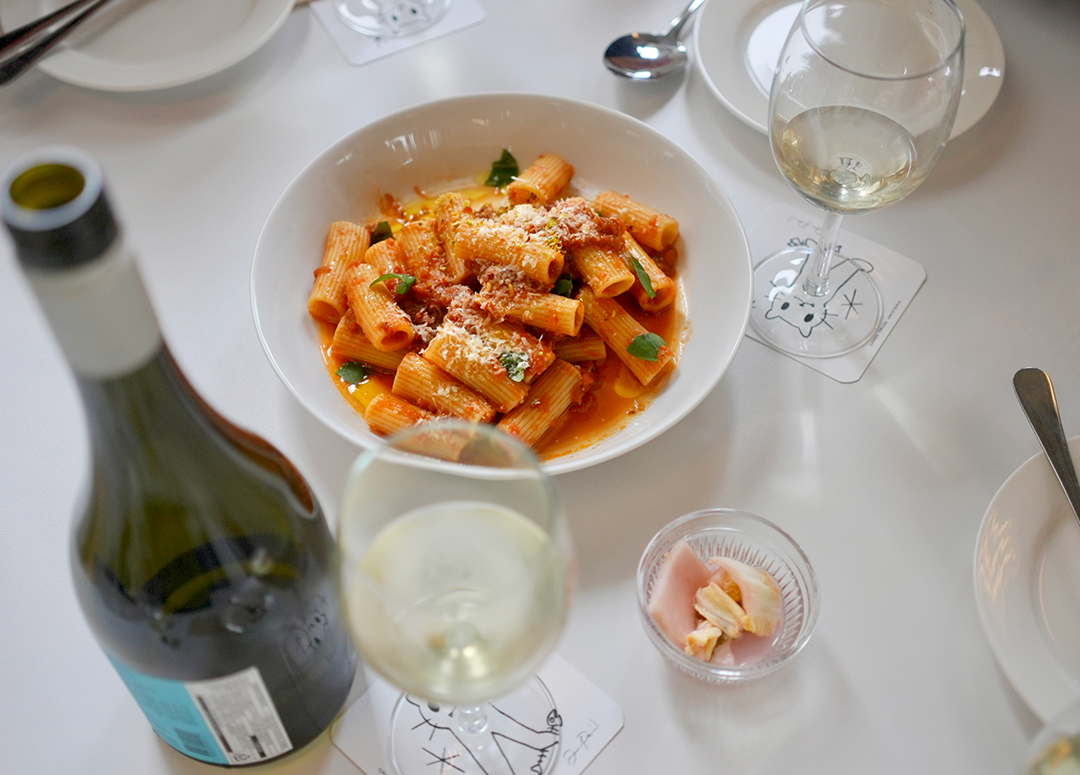 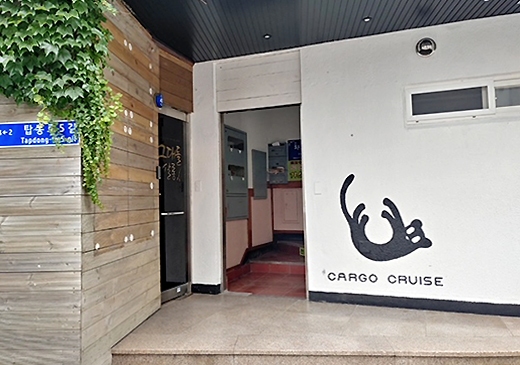 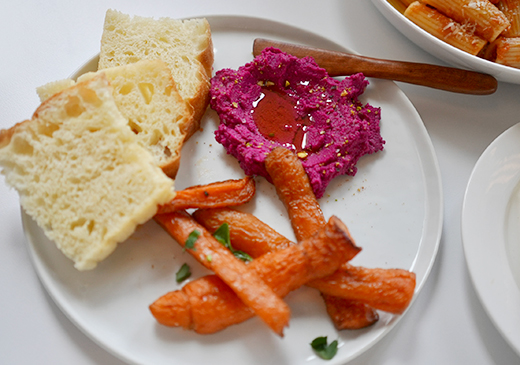 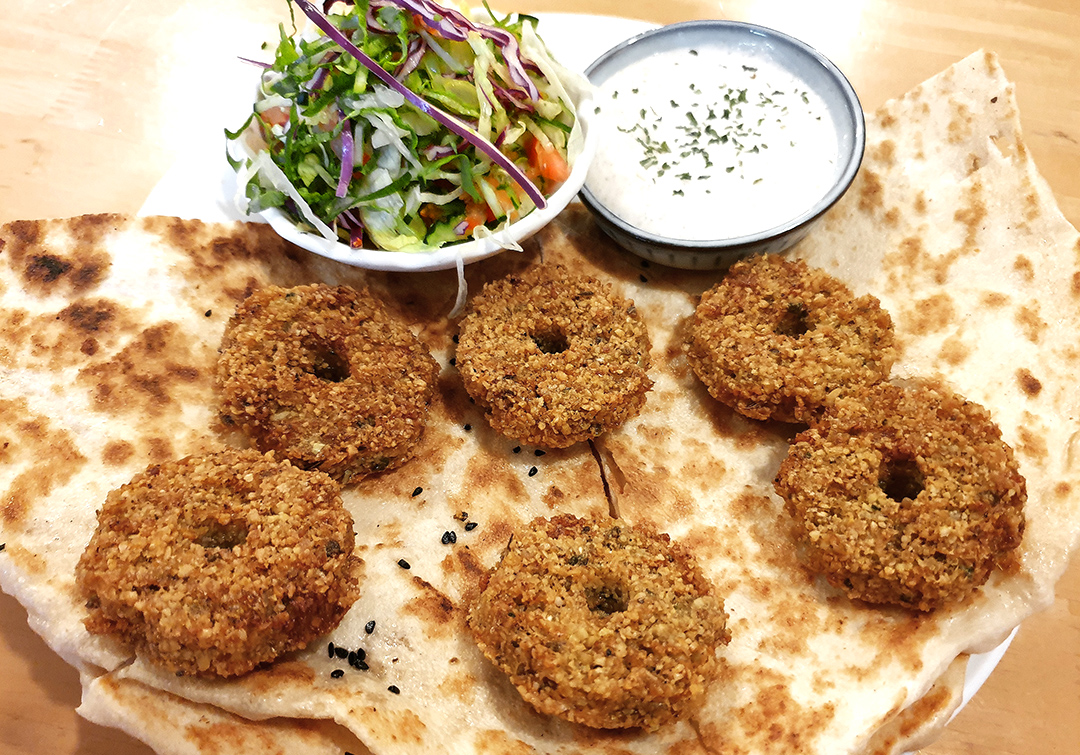 Asalam Restaurant, Authentic Taste of Middle East in Jeju
If you’re open to trying new food or dive into the world of new spices, this is the place to go. Asalam Restaurant is the one place I always recommend to friends visiting from the mainland. And I tell them, “This is the real, authentic Middle Eastern restaurant, and you won’t find a place like this in Seoul!” 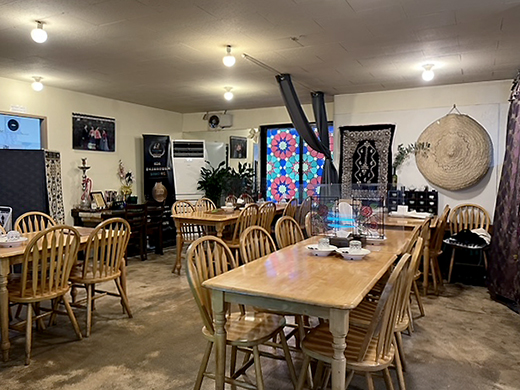 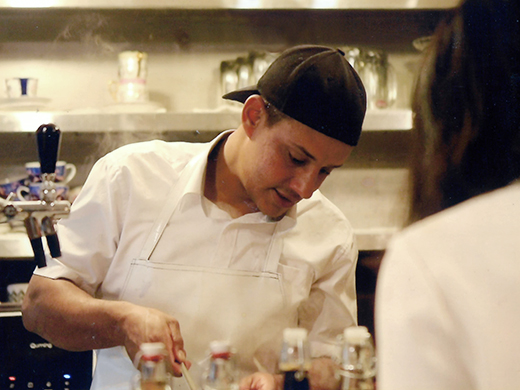 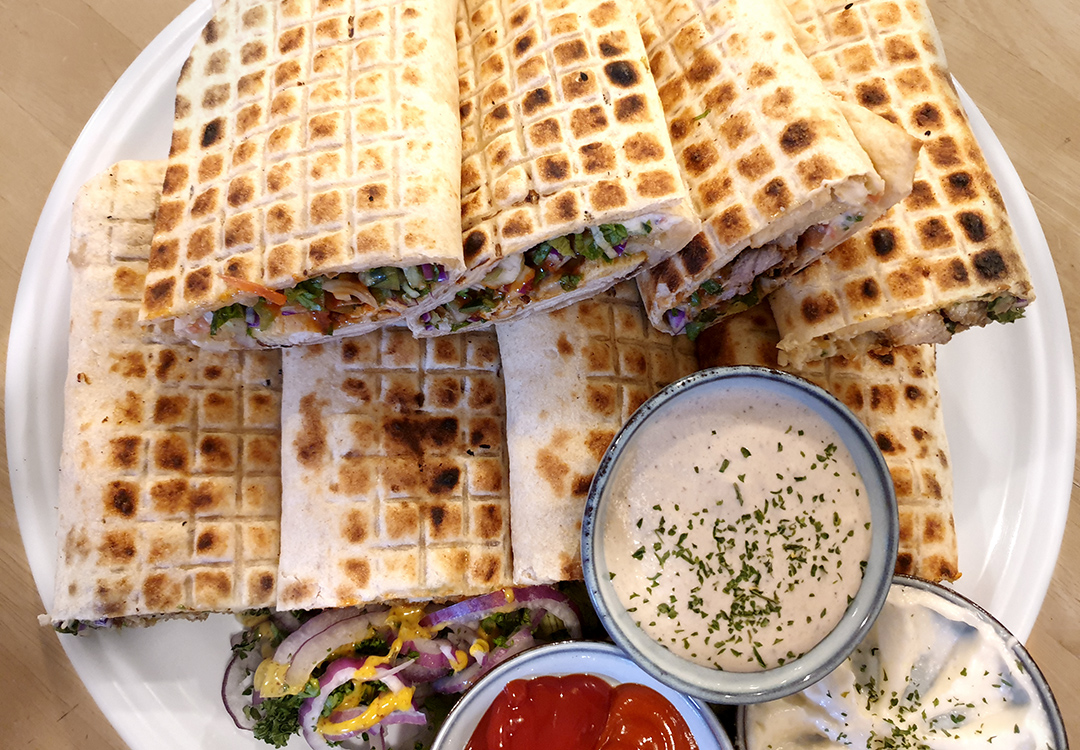 The word ‘asalam’ means peace. And the place was opened by a Yemeni-Korean couple who wanted to serve halal food for Yemeni immigrants on the island. It has since grown into a popular halal destination for Jeju locals and visitors from all over the country, especially among those who know a thing or two about Middle Eastern cuisine.
The authentic hummus, with ground chickpeas, garlic, lemon and herbs, and falafel, made of fried chickpeas, are highly recommended. Be sure to order them together, and eat hummus and falafel wrapped inside the bread served with those dishes. 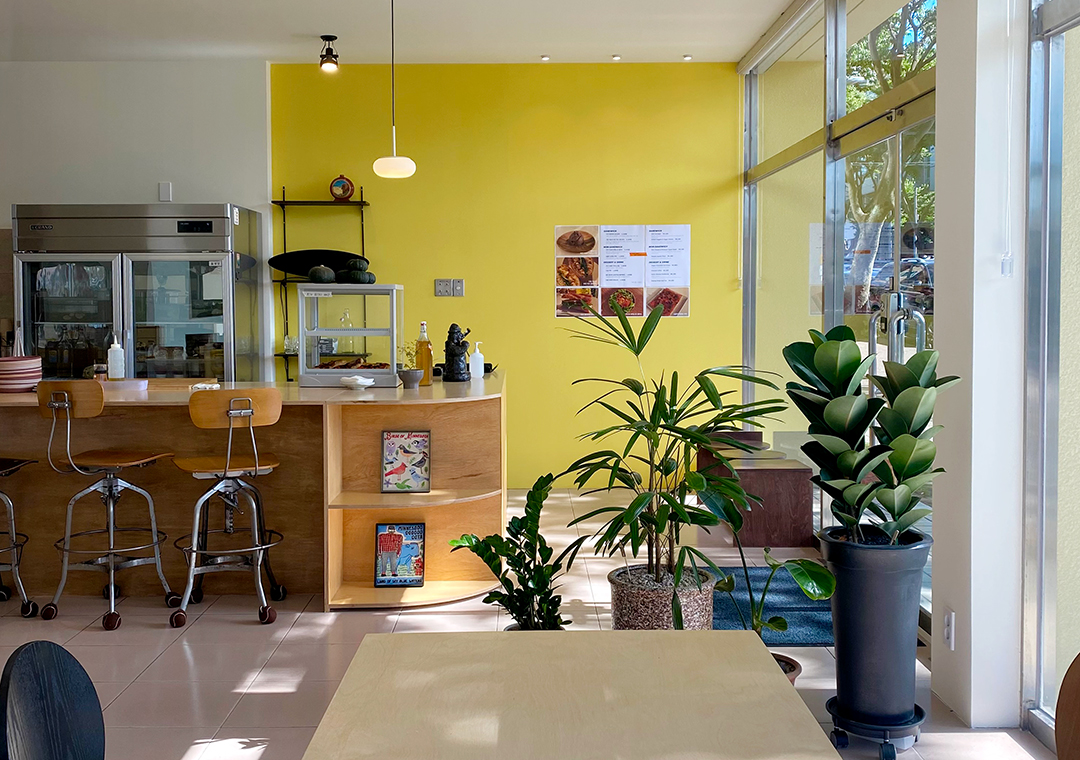 Cheesylazy, Sandwich Shop with Conviction
This new vegan sandwich shop only opened in May this year. Word of mouth has traveled fast, and Cheesylazy is emerging as a must-try place for vegans on the island. They make sandwiches with breads baked the same morning, and one bite is all it takes to know the two young owners mean business with fresh and delicious ingredients.
They use all the familiar ingredients but somehow still deliver entirely new tastes with them. You will want to keep going back, day after day. 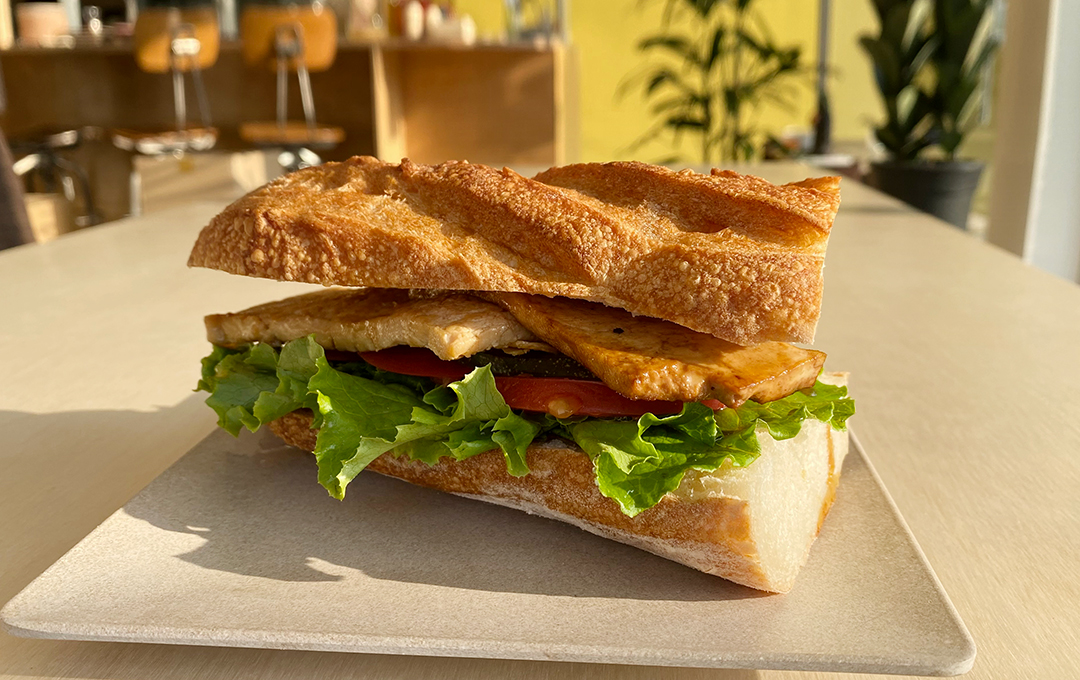 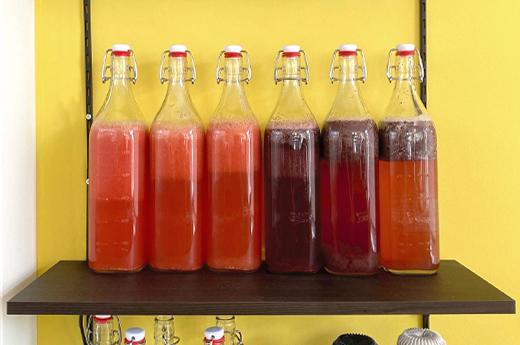 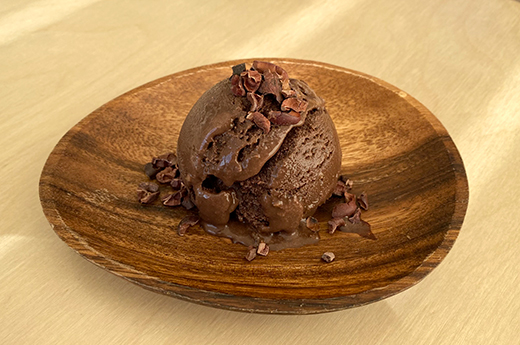 Cheesylazy produces a newsletter, which features information about new times on the menu, words on ingredients and recipes for sauces. It has been a hit with the younger patrons, who have embraced new contents and who are no strangers to being in touch with their favorite restaurants.
Sandwich, pizza and homebrewed kombucha at Cheesylazy are the favorite lunch menu for myself and my colleagues. Everything here is highly recommended! 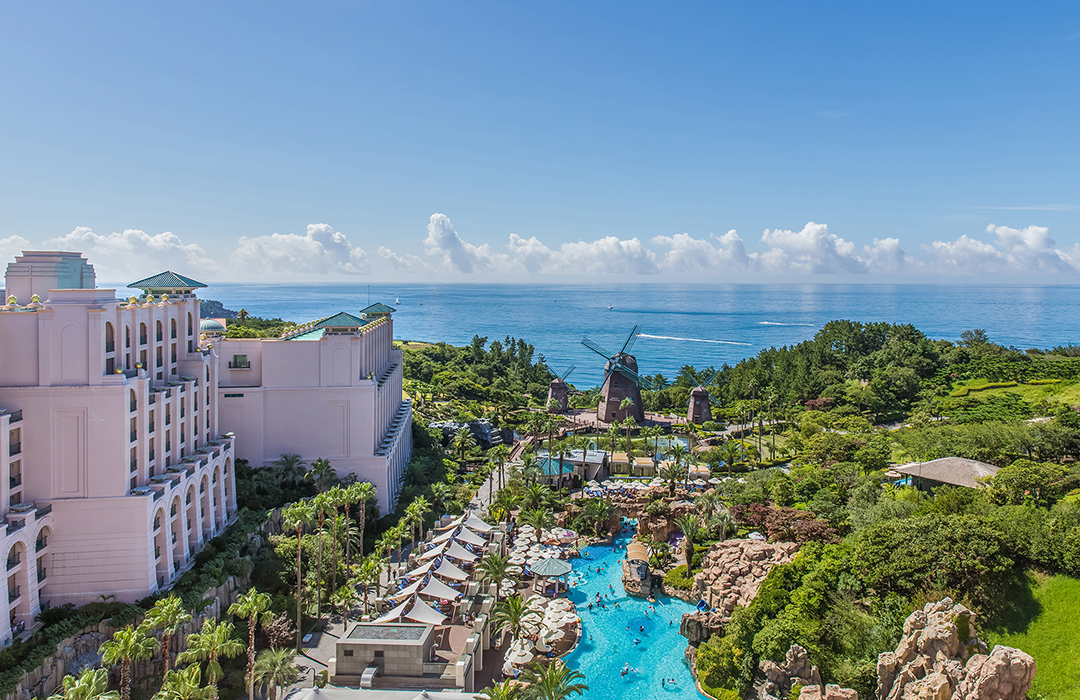