Top 3 Vietnamese Soul Drinks
To Vietnamese people, there are three beverages that are called ‘soul drinks’. Let’s get some real life experience of Vietnam through these popular drinks that offer consolation to and revitalize those who are tired of the daily grind.
The Vietnamese morning starts with caphe sua da, while its nights stay lit with bia hoi. Then there is nuoc mia, the national drink more popular than coke. What significance do these three soul drinks have from the viewpoint of Vietnamese people? What special flavor and charm do these plain-looking drinks offer? 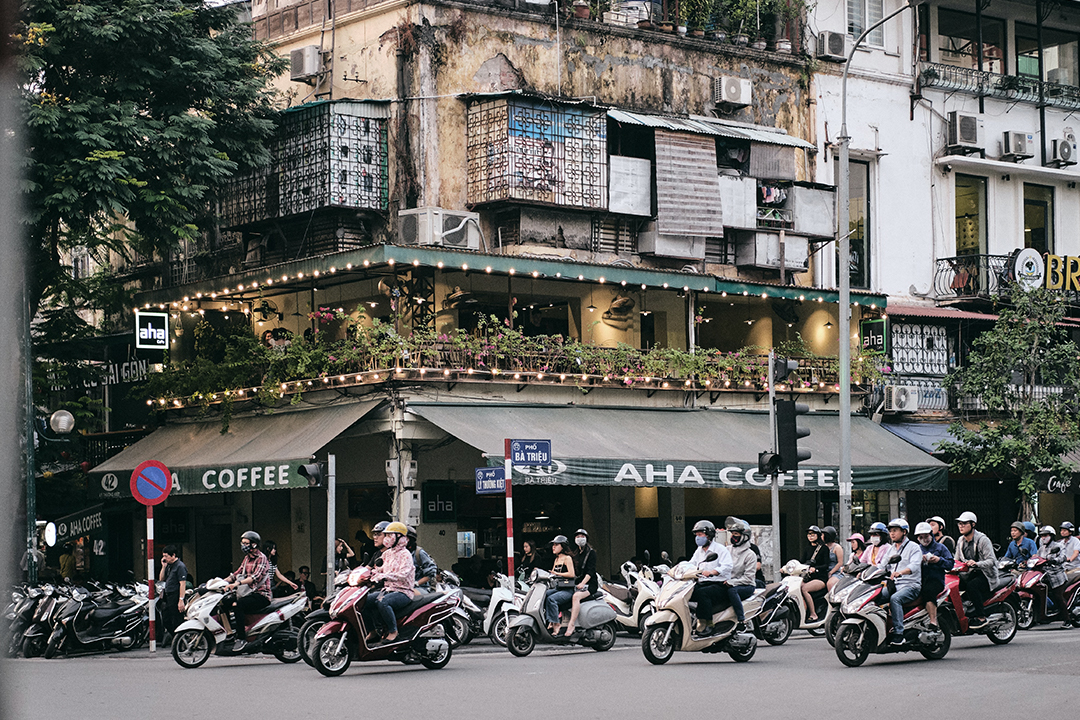 Hanoi and its cafés, full of energy ©Elliot Andrews/Unsplash 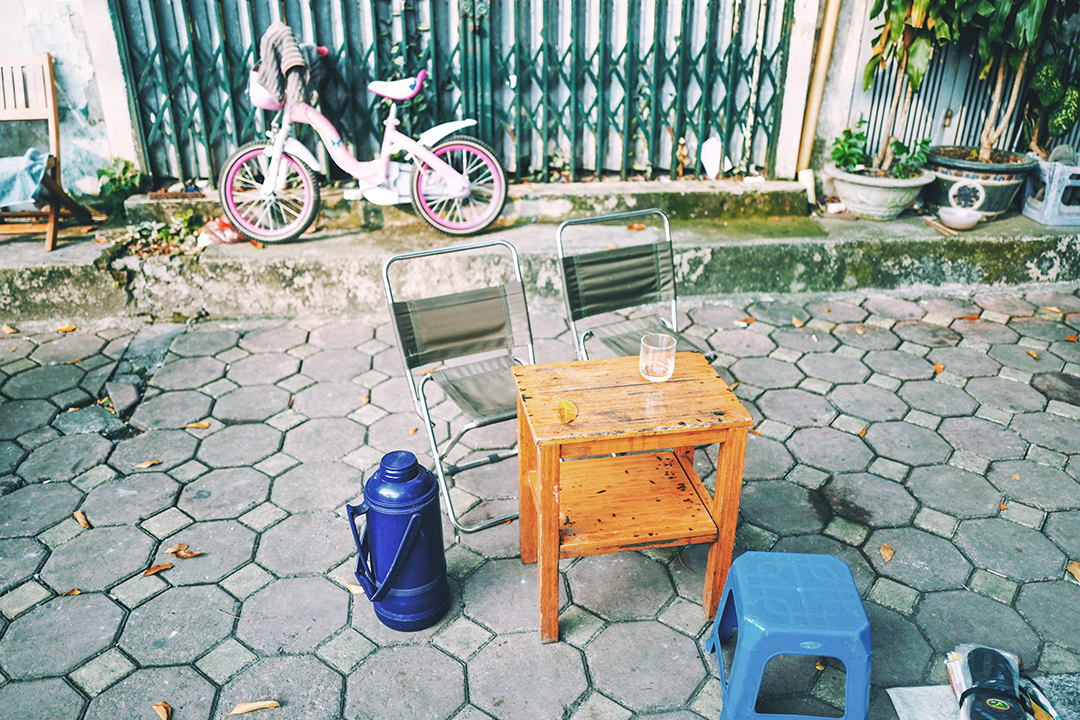 Bittersweet Caphe Sua Da
A surprising trivia about Vietnam: it is the second largest producer of coffee in the world after Brazil. Having been colonized by France in the past, the Vietnamese started enjoying coffee early on and developed a unique cafe culture. Just like French cafes are characterized by their outdoor terrace space, Vietnamese traditional coffee culture focuses on the open street space as well. One difference is instead of tables, plastic stools of red and blue that seem to belong to bathhouses are used for sitting on the side of the streets. Coffee is a soul drink that cannot be omitted when describing a day of any Vietnamese person. It is not an exaggeration to say about 90 percent of those ‘souls’ sit on humble bathhouse stools. 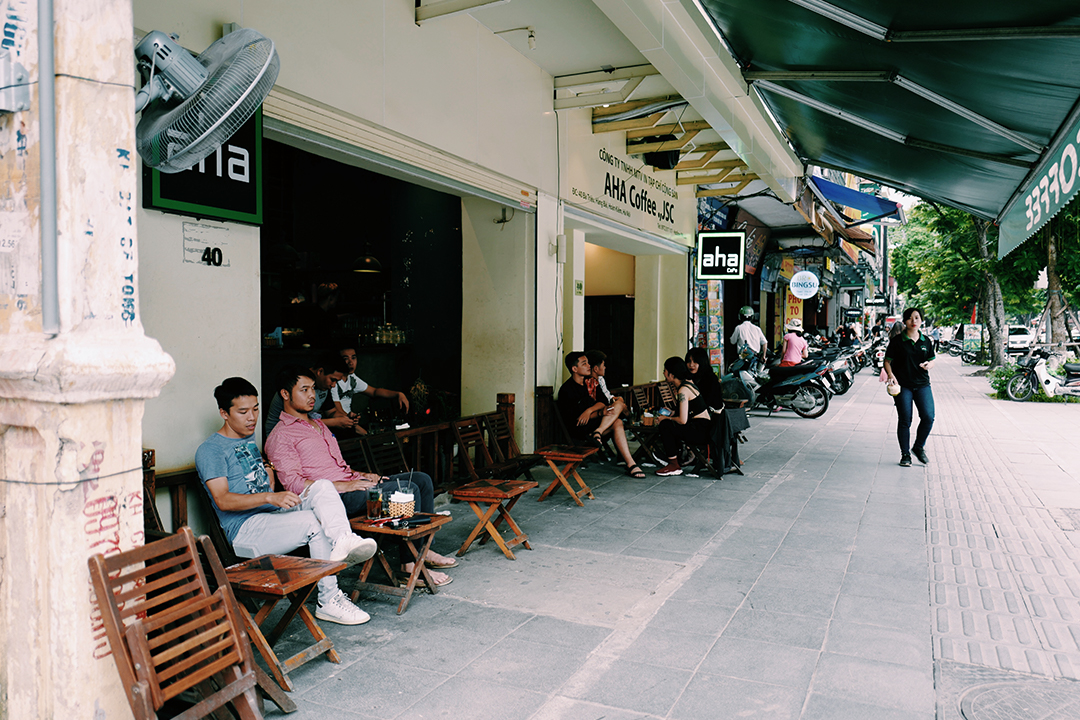 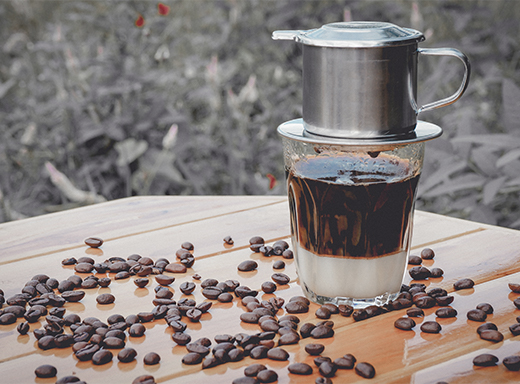 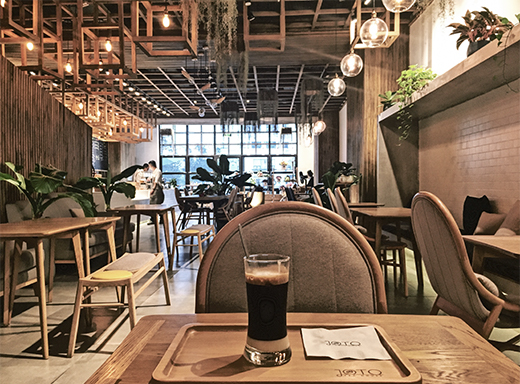 The signature street coffee, ‘caphe sua da’ means iced(da) milk(sua) coffee(caphe) in Vietnamese. Robusta coffee that has dark and bitter tastes is brewed through the traditional dripper called ‘phin’ and is mixed with condensed milk. The combination of bittersweet coffee and creamy milk creates a fantastic harmony. Flavored coffees such as ‘dolce latte’ and ‘cafe sua’ that are sold by well-known franchise coffee shops are modeled after ‘caphe sua da’. The fact that global coffee brands are trying to reproduce the flavor of Vietnamese coffee speaks volume about how good it is. Bittersweet like our lives, caphe sua da gives enough boost for the Vietnamese to live another day.
Chilled Draft Beer with Ice, Bia Hoi
Nighttime is filled with a vibrant atmosphere in big Vietnamese cities. Yellow street lights embroider the night scene while the lake reflects neon signs in technicolor. Local people spend their evening hours speaking and laughing with each other. There is one indispensable element that completes such a night scene. It is beer, the blessed beverage. 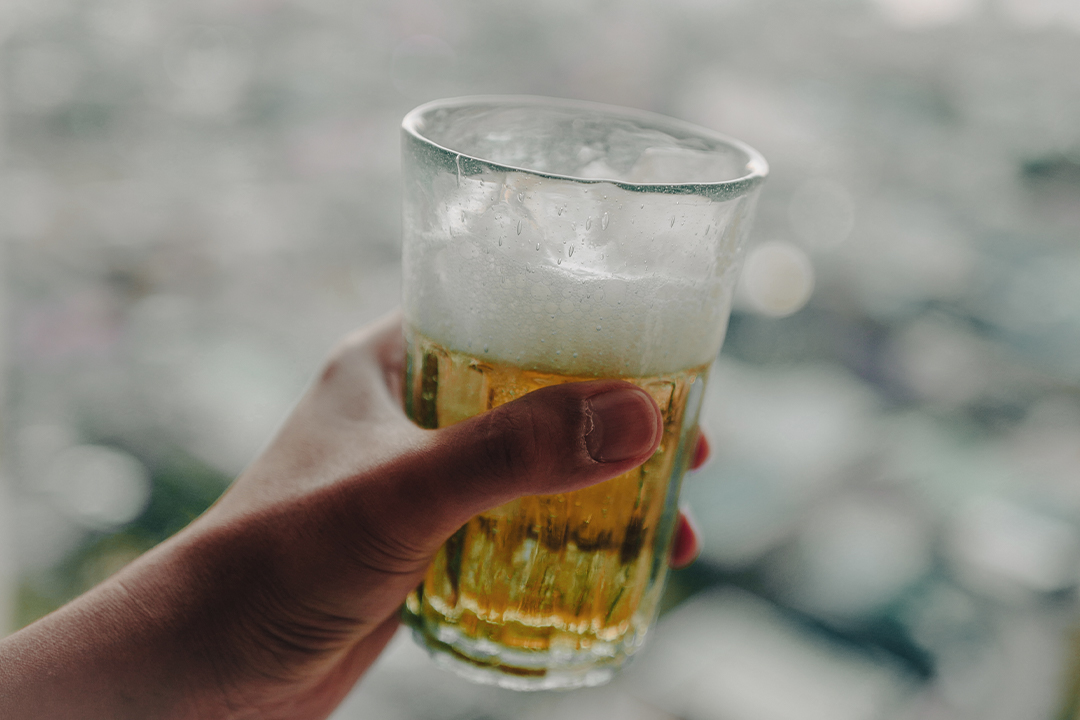 Bia Hoi is the beer for the Vietnamese working class. ©Jeon Haein 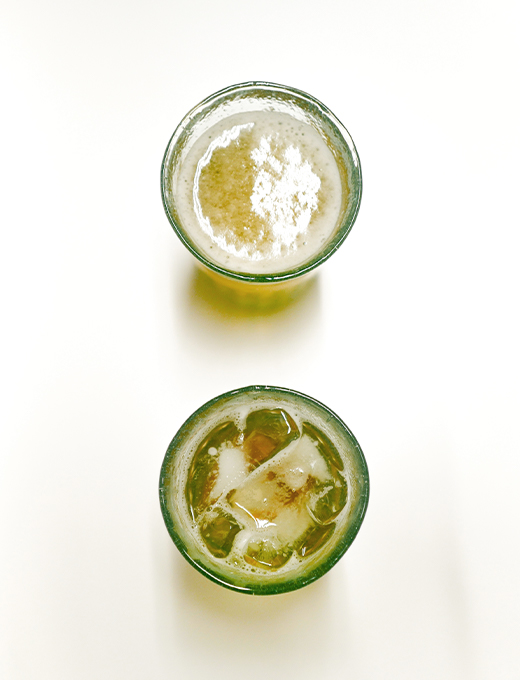 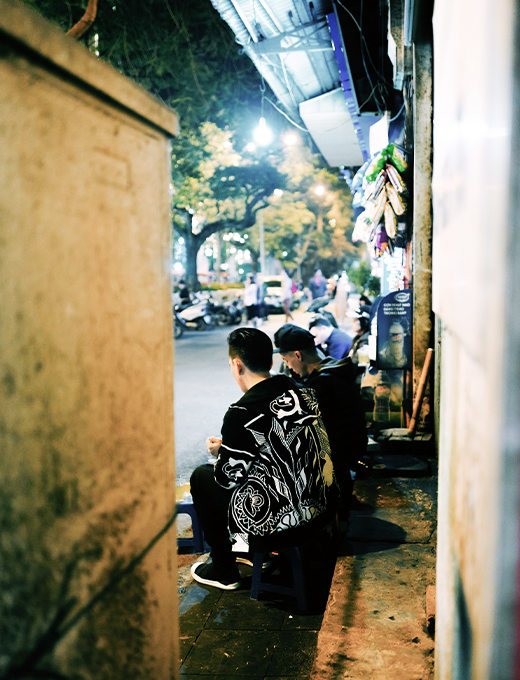 Vietnamese people are such beer lovers that 90 percent of their alcohol consumption is through beer. Bia hoi, among others, is at the center of this Vietnamese beer culture that is near and dear to the working class. Meaning ‘draft beer’ in Vietnamese, bia hoi does not simply refer to a drink. The word bia hoi portrays Vietnam’s beer culture in which people get together in small groups after sunset, sit around makeshift tables, and drink cheap beer with simple nutty snacks as they unwind at the end of a day. 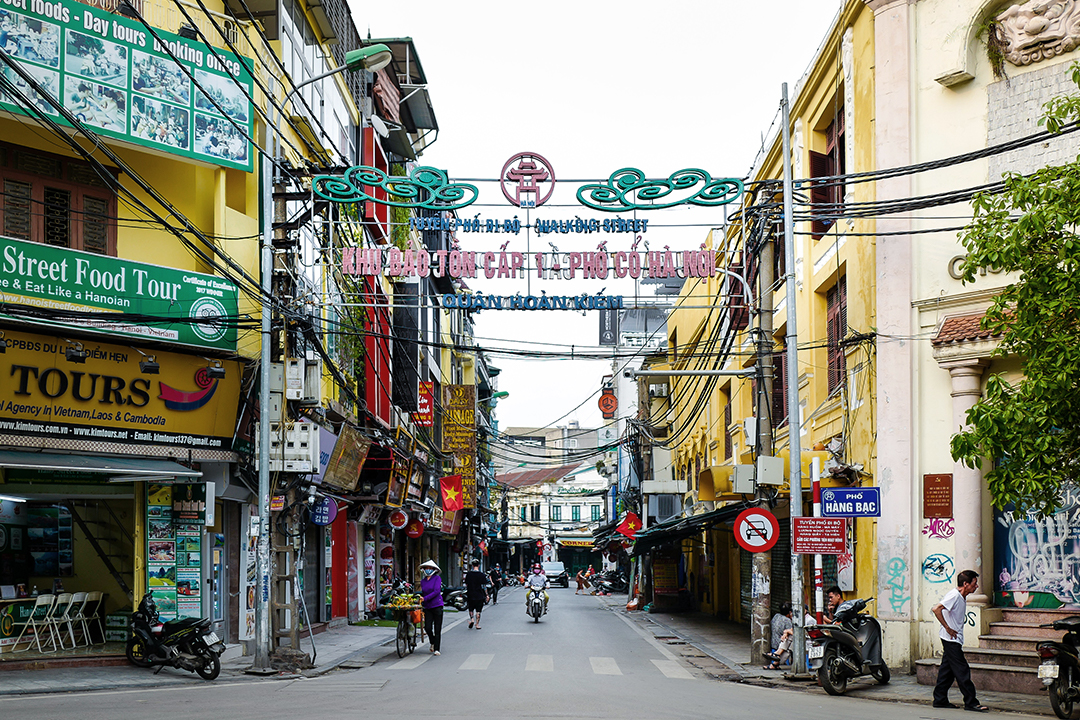 Daytime view of the beer alley in Hanoi ©Jeon Haein

In big cities such as Hanoi and Ho Chi Minh City, almost all street intersections have huge signboards with a ‘bia hoi’ lettering. It’s a wide open space with a ceiling but no barrier between the outside and inside. If there is ‘gamaek’ in Jeonju, Korea, there are ‘bia hoi’ corner pubs in Hanoi, Vietnam.
Bia hoi is an ‘easy’ drink that can be brewed quickly and consumed quickly. It costs only 500 Korean won per glass and often gets mixed with ice in a 300ml or 500ml pint to be enjoyed as a weak alcoholic beverage of less than three percent proof. It is a true soul drink that has become part of everyday life for Vietnamese people.
Instant Sugarcane Juice, Nuoc Mia
In Vietnam, the blazing sun of midday has no mercy as heat haze appears on the asphalt-paved road and overheated engines of the motorcycles on the move are fuming out exhaust gas. Sweating like buckets, the riders are covered from top to toe with the exception of eyes, to avoid sunlight. They spot a savior up ahead on the side of the road and start heading in that direction as if they’ve found an oasis. It is a street vendor selling nuoc mia. 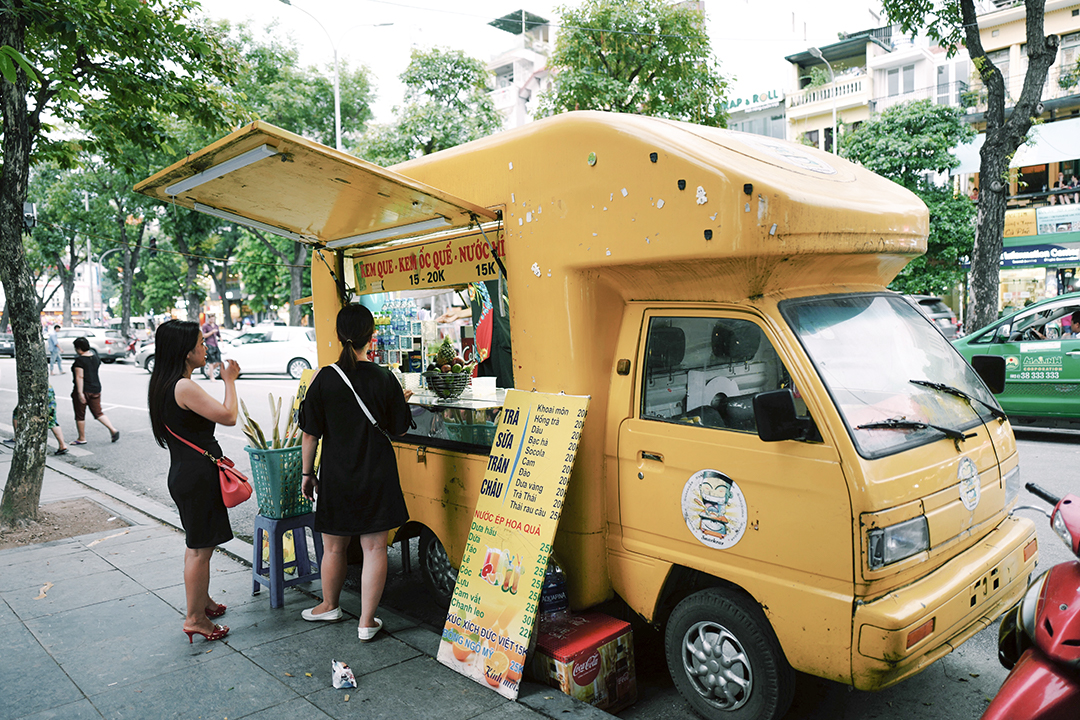 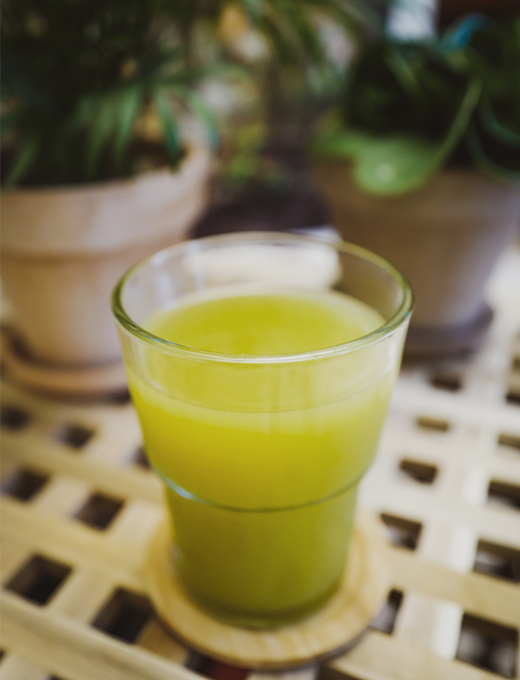 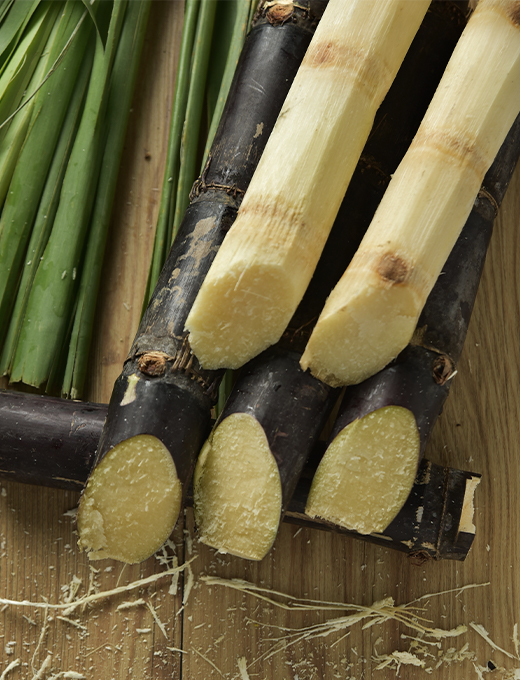 Nuoc mia, the national drink of Vietnam, is sugarcane juice.

Nuoc mia means sugarcane(mia) juice(nuoc) in Vietnamese. It is considered a national drink that is common and familiar. To us, sugarcane is known to grow well in tropical climates and produce sugar through processing. In tropical countries, unprocessed sugarcane is squeezed for its juice. You can easily find a nuoc mia vendor in the streets of Vietnam. Like the simple name of ‘sugarcane juice’ the vendor’s appearance is also very minimalistic. Green stems resembling bamboo and a metal presser in which the stem is inserted for juicing are all there is to it. Juice is made per order. The color of the liquid dripping from the stem is somewhere between light yellow and light green. Having come from sugarcane, it tastes literally like water with sugar in it. Some vendors use additives for a special kick in the flavor. Calamansi or lime rich in Vitamin C can be extremely effective with just a few drops. Sweet and sour nuoc mia is another blessing for Vietnamese people who have to endure tropical weather at all times. 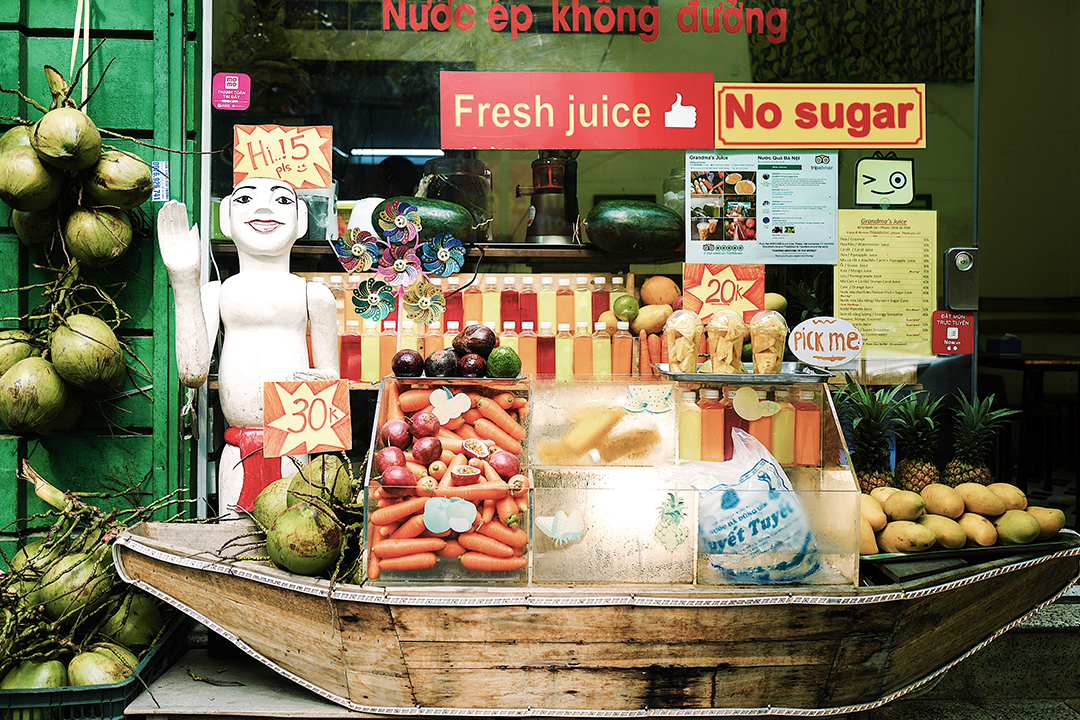 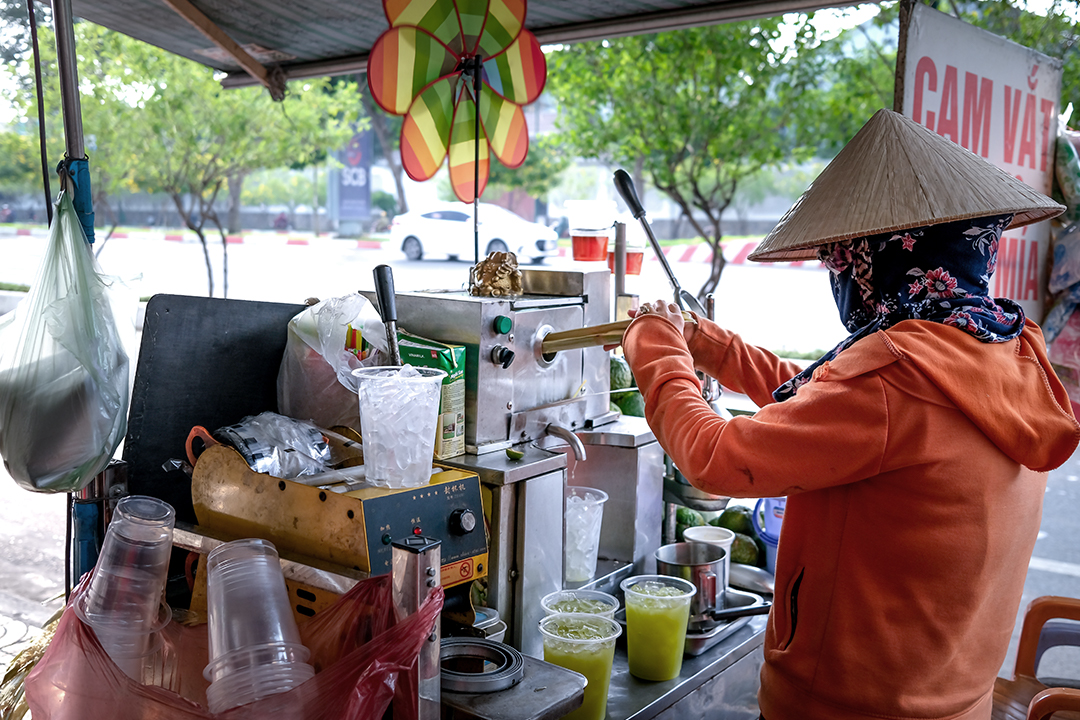 Drinks cast a spell of ‘contentment’. It quenches your thirst, replenishes lacking nutrients in your body, fills the lazy hours between schedules, and reconnect one with another. If you feel there is something missing in your mind and body, how about trying the three soul drinks of Vietnam and see if the magic still works for you?
Where to Find Soul Drinks in Hanoi
The three soul drinks all originated from the street. You can buy these drinks at any street vendors across the country, but if you are currently traveling in Hanoi, Ta Hien Street is recommended. There, you can choose your bathhouse stool to drink caphe sua da in the morning and encounter various ‘souls’ drinking chilled draft beer bia hoi at night. In the daytime, explore the neighborhood for the national drink nuoc mia for a citrusy burst of energy. 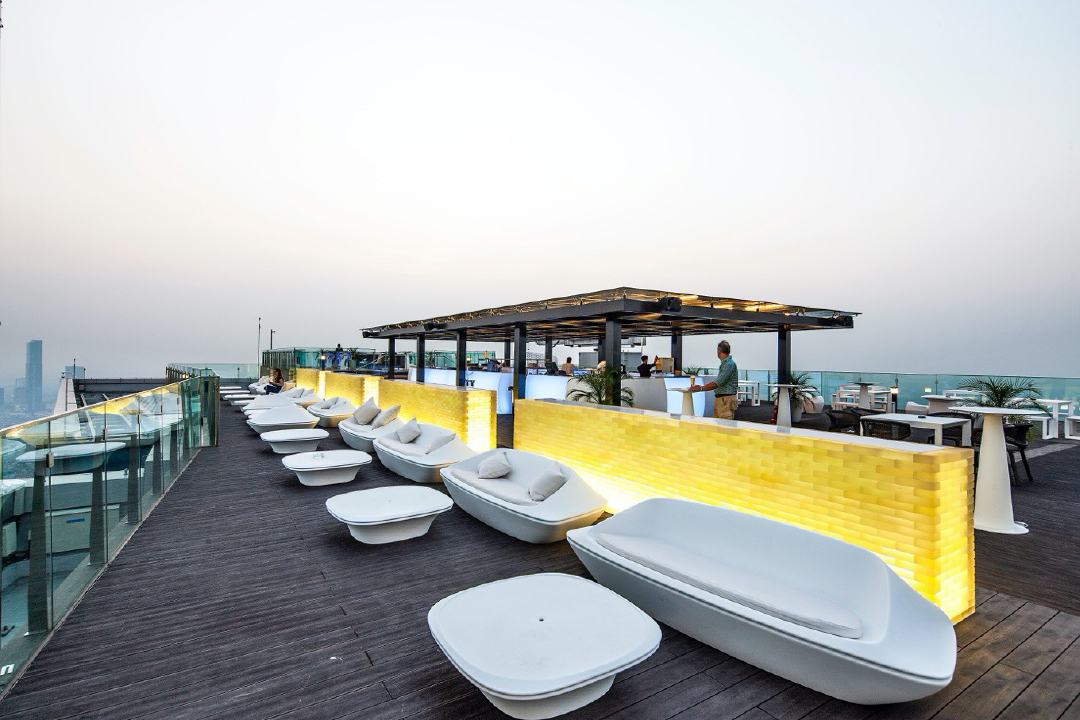 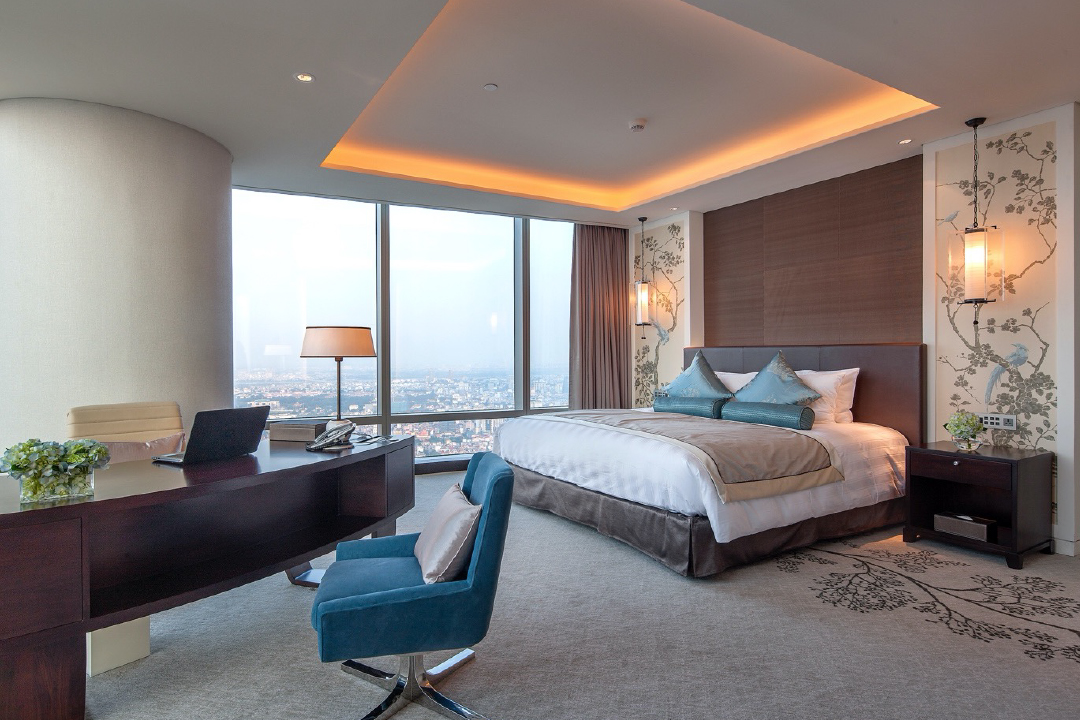