Stationery Shops for Scribblers
We bring to you stationery stores in Seoul that will surely kindle interest in those who cherish the analog ways and lifestyle in this digitization era.
Some people find it more genuine to physically turn pages to read comic books instead of scrolling down their smartphone screens for webtoon. Many people welcome handwritten birthday cards where each letter is written out instead of showing quick emoticons to deliver their messages. Now there is no pressure to choose a certain  lifestyle. One thing for sure, though, is that people do get nostalgic about analog sensitivity. We checked out some stationery stores in Seoul that share with visitors their belief that the act of filling a sheet of paper with handwritten words is more exhilarating than anyone would expect.
Poset
A living brand ‘Object’ always presents topics for conversation to people who monitor trends closely. The brand deals with diverse and practical living products, including upcycled items, and books published independently. It is not difficult to figure out what the brand prioritizes if you look at its slogan, ‘Object is a brand that reinterprets the meaning of things and proceeds to wise consumption.’ Poset in Yeonhui-dong is operated by Object under the concept of ‘Postcard Library’. 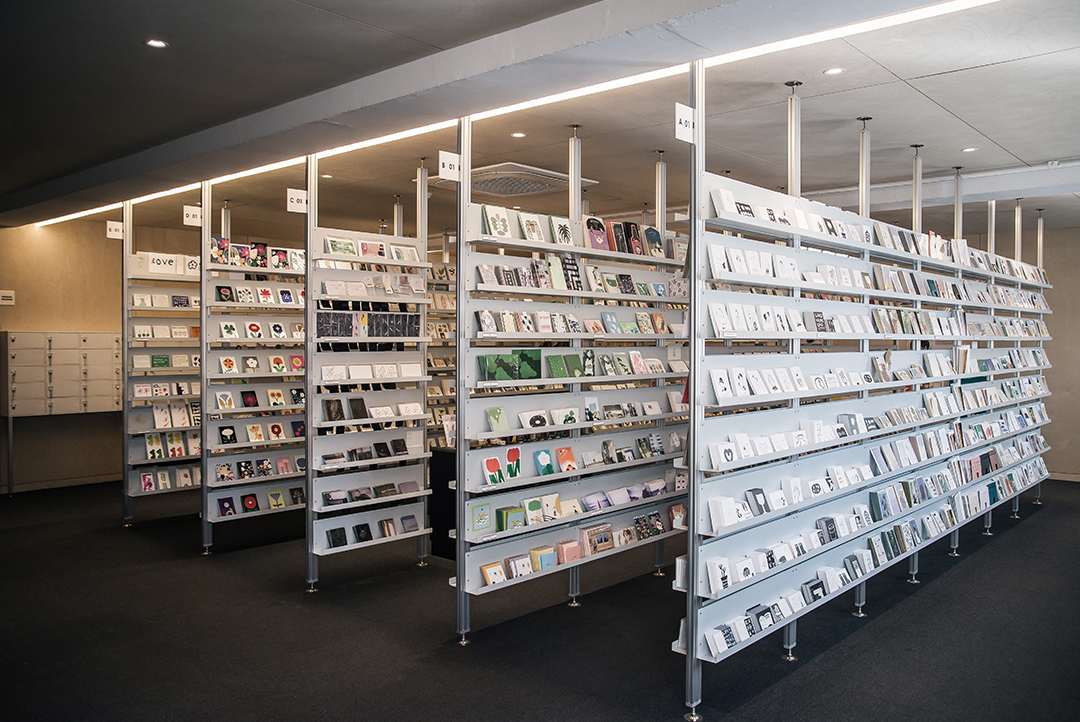 A postcard display cabinet at Poset that resembles a library reading room.

Poset features postcards that have long been treated poorly as freebies, surprisingly as their protagonists. The shop displays and sells over 3,200 kinds of postcards and writing instruments. The custom-designed bookcases at Poset are filled with postcards alone. Regulating the distance between postcard displays has the effect of copying the real library atmosphere. The designs on the postcards are photos, illustrations, graphics, or texts, creating an ambience of a small art exhibition. 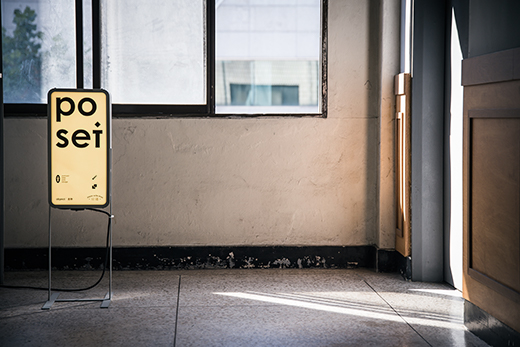 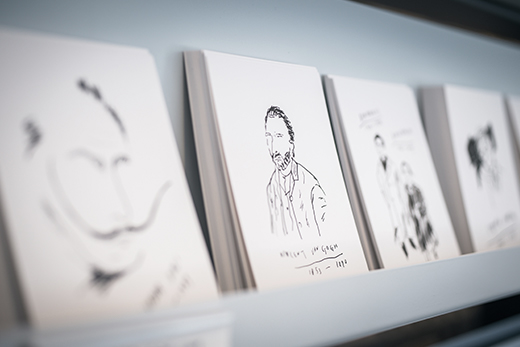 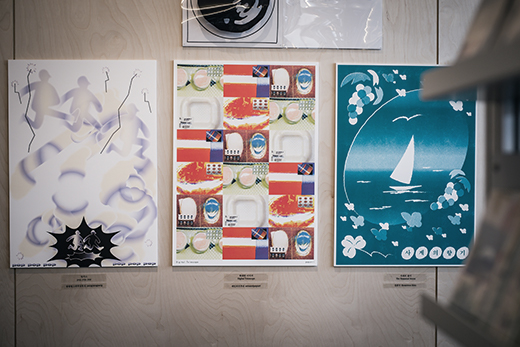 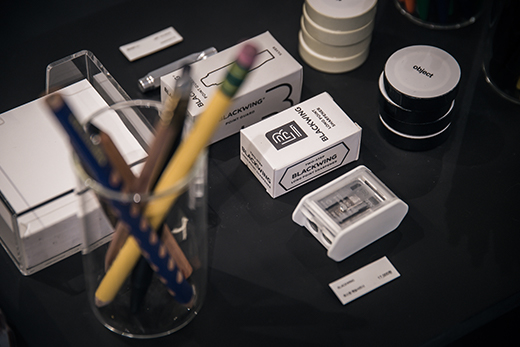 Various postcards and writing instruments are sold at Poset.

Various writing instruments are also available. Pencils and pencil sharpeners are included. Why are they selling pencils, you might ask. Pencils are useful and can be a multitasking interior item. The owner probably intended the pencil as a tool to write with to fill the empty sides of carefully-chosen postcards. There are a variety of letter paper and envelopes. Postcards are priced between the 1,000-won and 5,000-won range, offering great options. Postcard books perfect for interior decoration are also available. 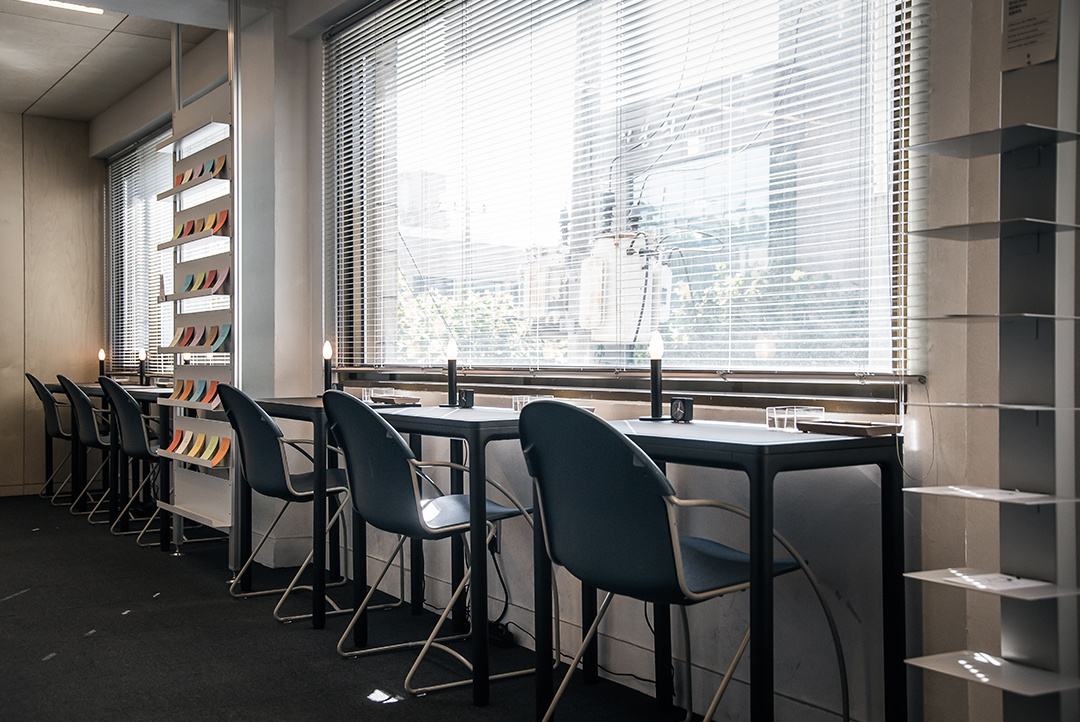 You can fill in the blanks in a new postcard, sitting at a one-person table.

Visitors are expected to perform a simple task. Choose a postcard from the shop’s selection, sit at a one-person table by the window, and start filling it with words. It may be intended as a letter for someone, or a promise to yourself, or even a quote from the Bible. If you wish to leave it blank, that’s okay too.
The shop offers data safekeeping service as an event. For a certain period of time, the shop keeps your cherished written data like letters and journals, or photographs. It means if you leave a message to someone else, that person could later visit the shop and claim it. It will be a memorable event, albeit a bit awkward.
Address 3F, Jeungga-ro, Seodaemun-gu, Seoul
Instagram @poset.official
Dongbaek Stationery
Preference is, according to the Korean language definition, ‘a direction where one’s mind is headed in wanting to do something, or a tendency to like something.’ To simplify, it is what you like and want to do. It is only natural, therefore, that many small business owners want to add their preferences to their businesses. The more attached you are to your preference, the more likely your business will have something to do with it. Yu Hanbin, a YouTuber known as Pencraft and owner of Dongbaek Stationery with an affection for pens, especially fountain pens, opened a stationery with a writing space. He found the feeling of writing with a fountain pen so great that he eventually fell in love with handwriting. The writing of letters is different from writing. It is an act that requires self-control. 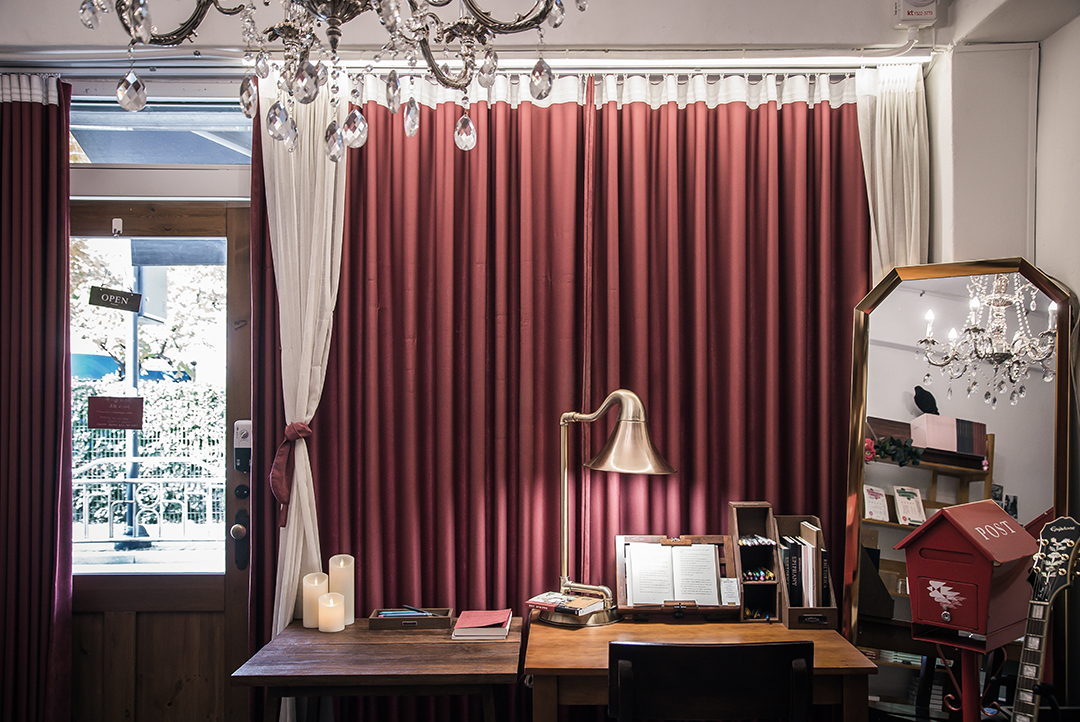 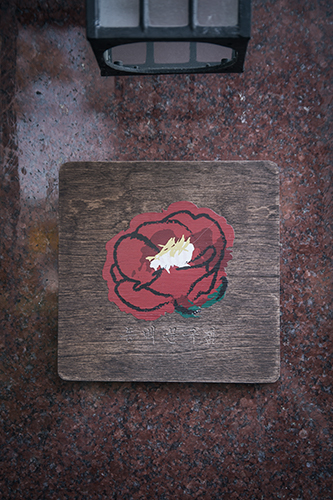 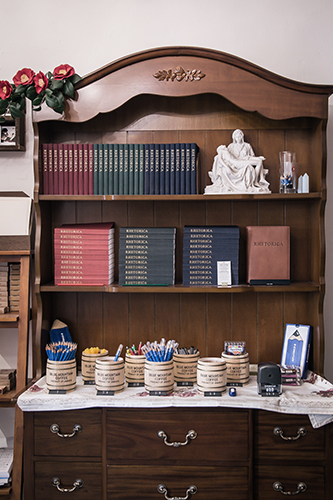 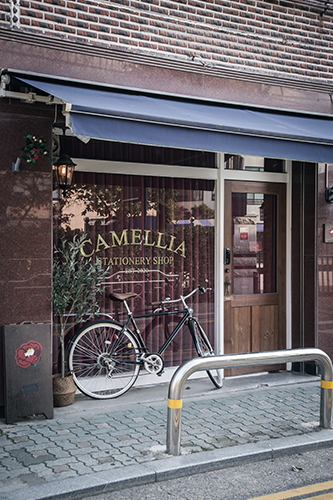 Dongbaek Stationery, located in Mangwon-dong is a space dedicated to those who want to focus on letters and the writing act. Without a keyboard or a smartphone alternative, a hand that holds a pen draws a letter after a letter on a quality piece of paper. The entire shop and merchandise all reflect Yu’s preference. He even custom-made his own notebooks, feeling unsatisfied with the design, quality, or bookbinding method of the ones on the market. If he finds a good fountain pen while transcribing, he would fill that pen with a quality ink to continue writing. He thought, ‘If all fails, I’ll use them all.’ That approach ensured the quality of his products. For a handwriting devotee, the paper quality is very important. The selection of ink matters too. 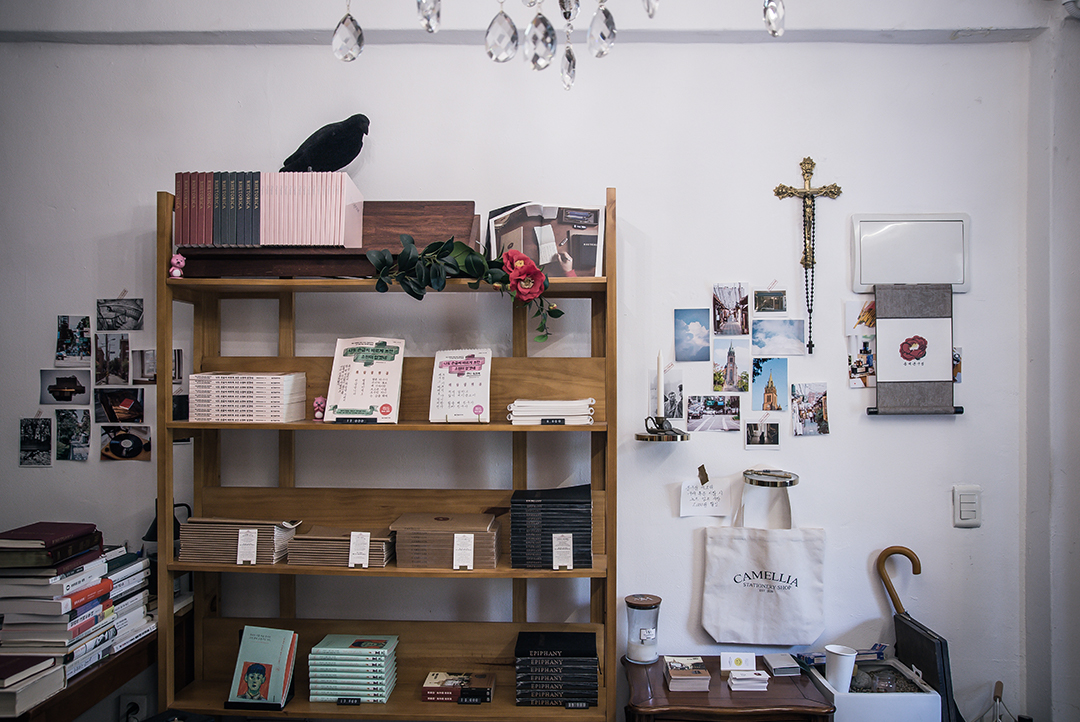 Products indicate that Dongbaek Stationery focuses on the act of writing.

It’s 2022. Things happen so quickly to the point that it feels surreal. Opening an offline stationery shop in this era requires a great deal of courage, but at the same time, creates space for an offline hangout where the like-minded can gather. There’s an expression, ‘Three Steps of Cinephile.’ Step one is to watch a movie. Step two is to write a movie review. Step three is to make a movie. It’s a famous expression among cinephiles, and some allege that French film director Francois Truffaut has said it. Maybe Yu is a Truffaut of the handwriting community.
Address 85 Worldcup-ro 25-gil, Mapo-gu, Seoul
Homepage pencraft.co.kr
Geulwoll
Letter shops Geulwoll, located in Yeonhui-dong and Seongsu-dong, offer a space where you write a sincere letter to share with someone. The stores sell letter papers, postcards, writing instruments, and journals, but essentially focuses on the service of being a space for creating and exchanging of letters. Geulwoll is a Korean word for ‘letters.’ It also refers to the written words or sentences. 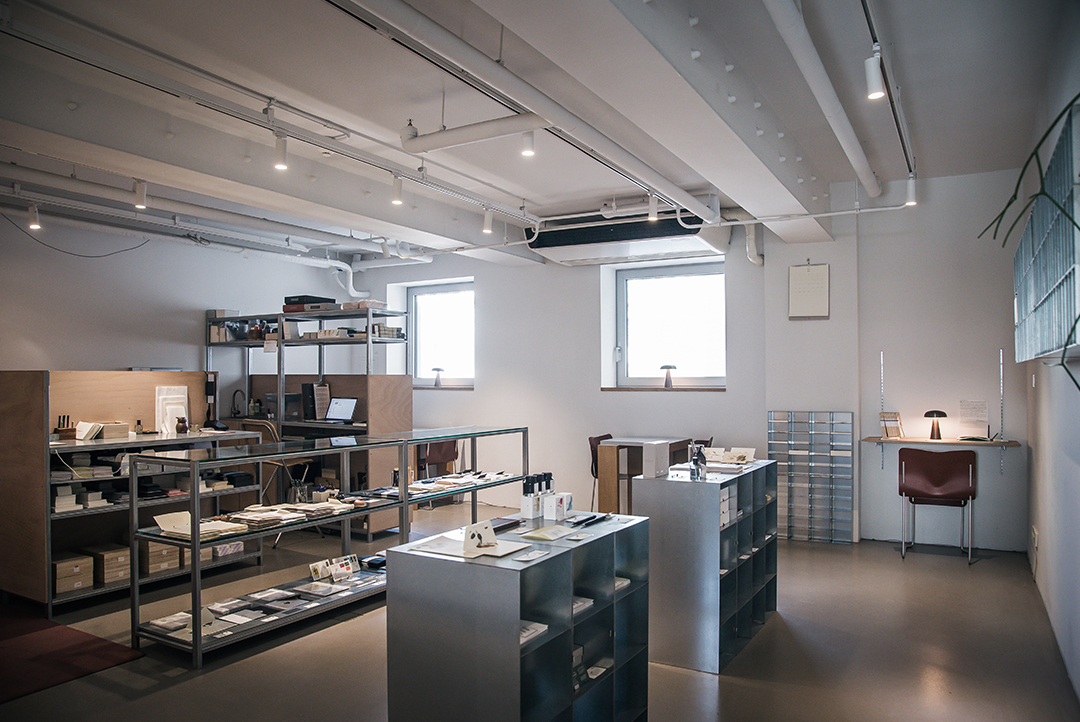 The main service here for visitors is a penpal service. Literally, it plays the role of a penpal which is a friend made through the exchange of letters. When you leave a letter in the postbox at Geulwoll, someone else may take it. At first you wonder if it is possible to get to know someone through letters. However, delivering a message with sincere writing always gives the recipient pleasure and inspiration. So writing a letter to a stranger may be something that lacks practicality in the year 2022 when efficiency and speed trump everything else, yet many visitors seem to be satisfied with the service. 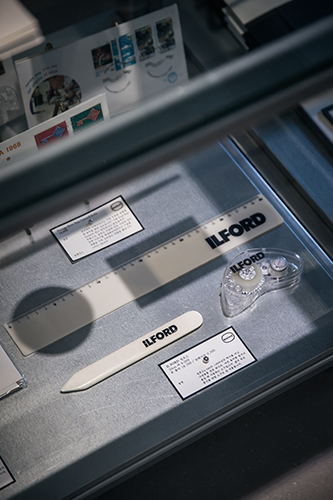 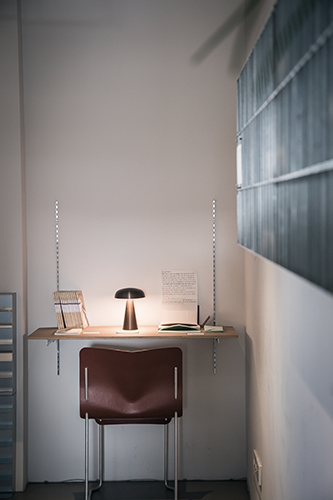 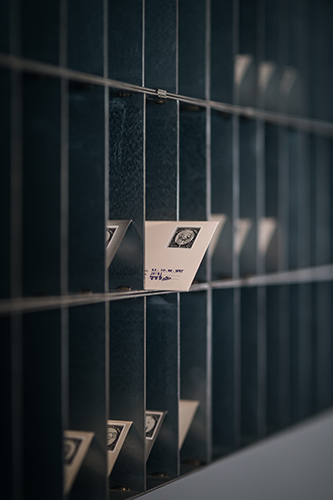 The beginning of Geulwoll was on the fourth floor of a small building in Yeonhui-dong. It now provides all that’s needed in letter writing. From a wooden case for custom-made letter paper to a table set for writing letters. It shows the value Geulwoll places on the act of writing itself in addition to the aesthetic element of the letters. 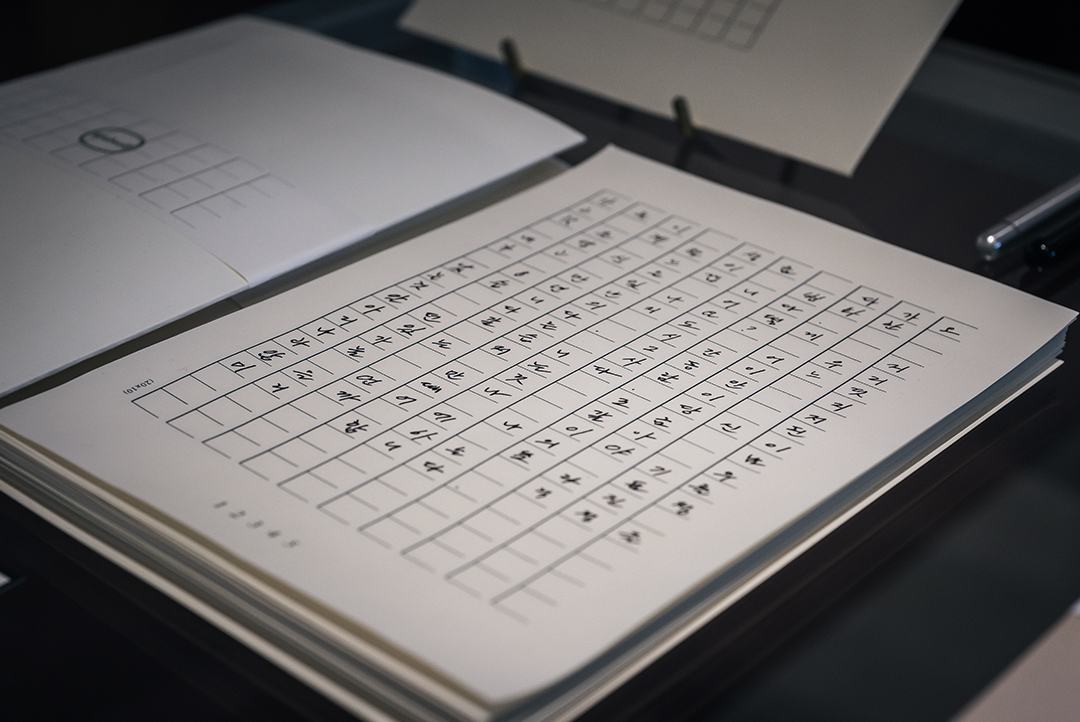 Recently Geulwoll opened a second space in Seongsu-dong which seems to absorb all things cultural and trendy. The store sells the same items with the same method as the Yeonhui shop.
The idea of writing about your preference and feelings, especially to someone who has no information of who you are, must be a liberating experience for not just the recipient but for the writer as well. Letters are a way of expressing your feelings to others but can also be a process of regaining yourself by writing about who you are and what you want.
Address Yeongung #403, Jeungga-ro 10 Seodaemun-gu, Seoul (Yeonhui-dong shop) / LCDC Seoul A-302, 10 Yeonmujang 17-gil, Seongdong-gu, Seoul (Seong-su shop)
Homepage www.geulwoll.kr