Bojagi Adds Value to Wrapping
Bojagi may not be a part of our everyday life. And Hohodang's bojagi, which captures the traditional Korean beauty and colors with restrained elegance, proposes a new lifestyle.
Bojagi, or traditional Korean wrapping cloth, has never taken the center stage. When fabrics were rare, people used whatever pieces were left after making clothes to wrap things. Names were all different depending on where bojagi was used, be it to cover a dining table or a blanket. In the past, bojagi was either used to simply wrap things up for storage or transportation, or used to in formal ceremonies. In the 21st century, bojagi has given ways to Western-style bags and more colorful or stylish wrappings. 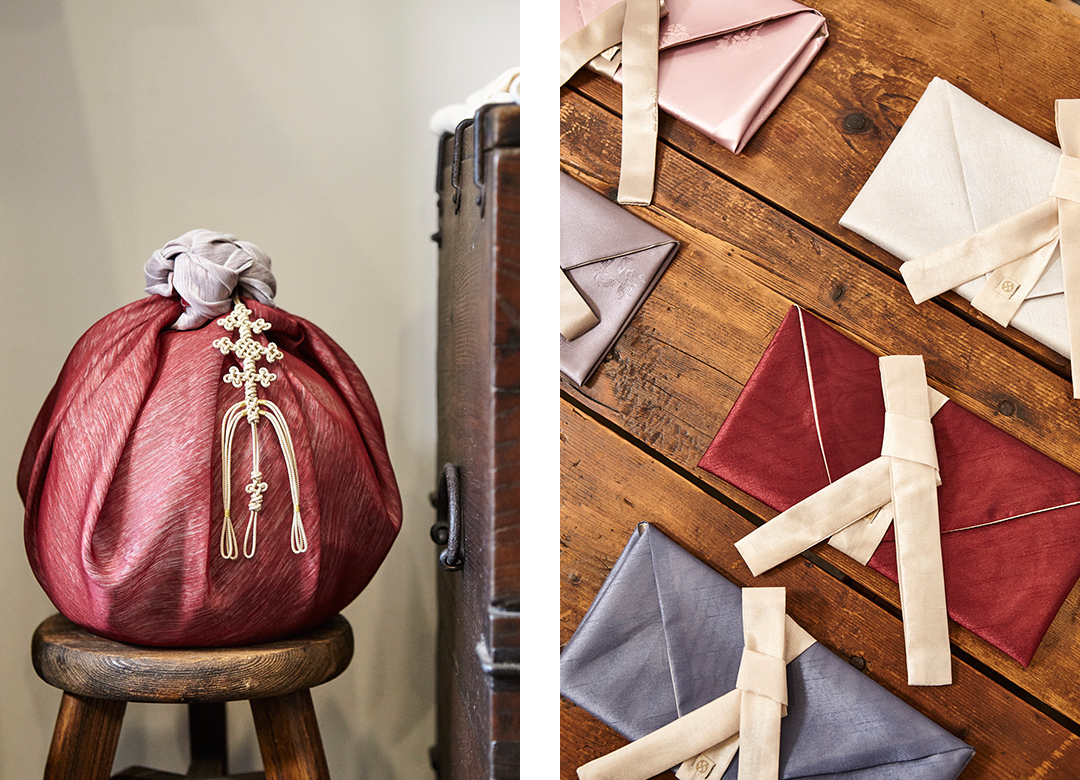 But at Hohodang, which continues to make traditional Korean products, bojagi is still very much in the spotlight. Yang Jung-eun, CEO of Hohodang, grew up around bojagi. Her grandmother and father designed costumes for historical dramas on television, and Yang used to wrap things in bojagi instead of putting them in paper shopping bags, and pick up bojagi over modern wrappers. And she is now making bojagi herself. Yang believes in the value of the traditional goods. Yang thinks that if our forefathers used something for a long time, then it must have some practical, healthy and wholesome meaning to it. Yang defines traditional products as things that "can help you sustain a smart, wise life." And bojagi fits the description. 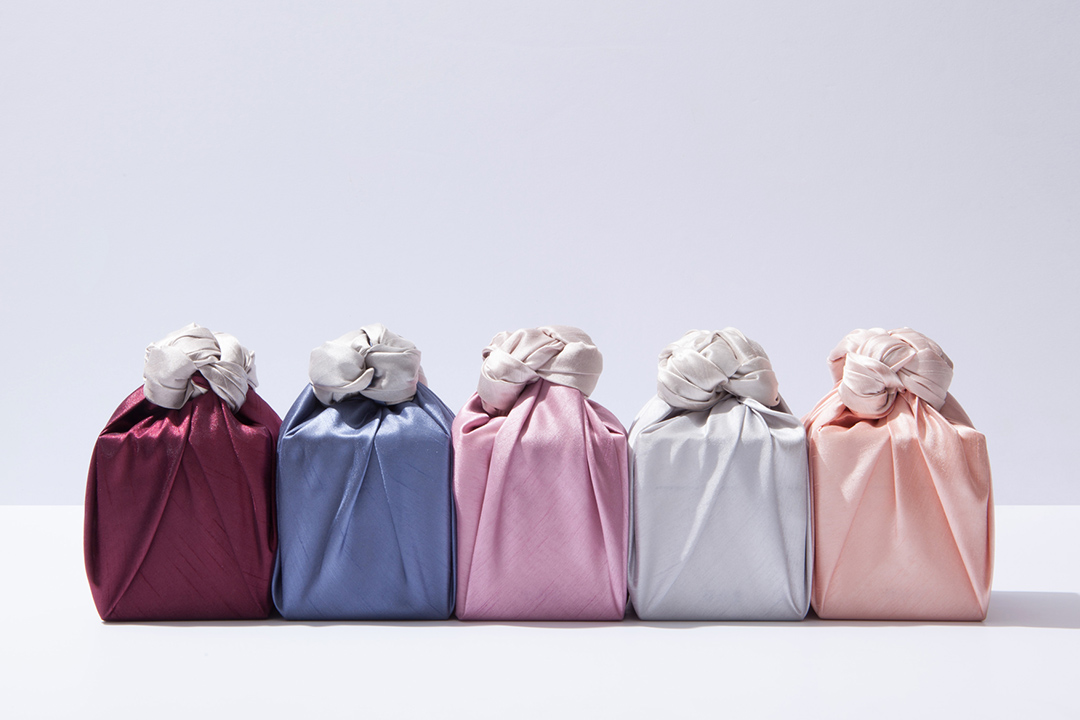 Hohodang's bojagi products, which come in many different colors, patterns and materials, take into account two key elements. First, they must be easy to use and handle so that they can be of practical value to a modern lifestyle. They must be washable and reusable, and they must not damage the environment. Second, they must have the perfect blend of traditional and modern beauty in terms of their colors and design. The Korean beauty is best described as being restrained and natural. And Hohodang's bojagi products add sophisticated colors and modern design on top of such traditional elegance. 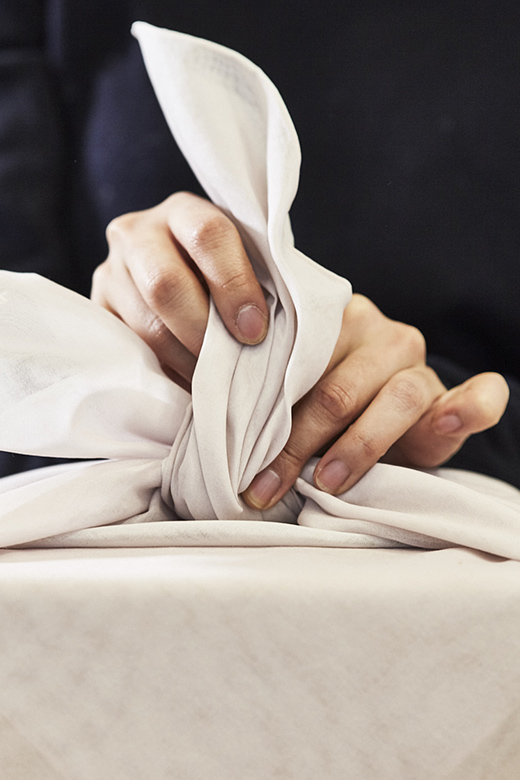 "Bojagi can be used
many purposes. It can help you
sustain a smart, wise life
without having to surround
yourself with objects."
Yang Jung-eun, CEO of Hohodang
By placing traditional products in the modern context, Hohodang has also served as an ambassador for Korean culture. Hohodang has designed bojagi for such brands as Gucci, Salvatore Ferragamo and Bottega Veneta. Hohodang also made hanbok on Soohorang, the official mascot of the 2018 PyeongChang Winter Olympics, and also the floral hats on Soohorang and Bandabi presented to all medalists.

How to wrap with Hohodang bojagi 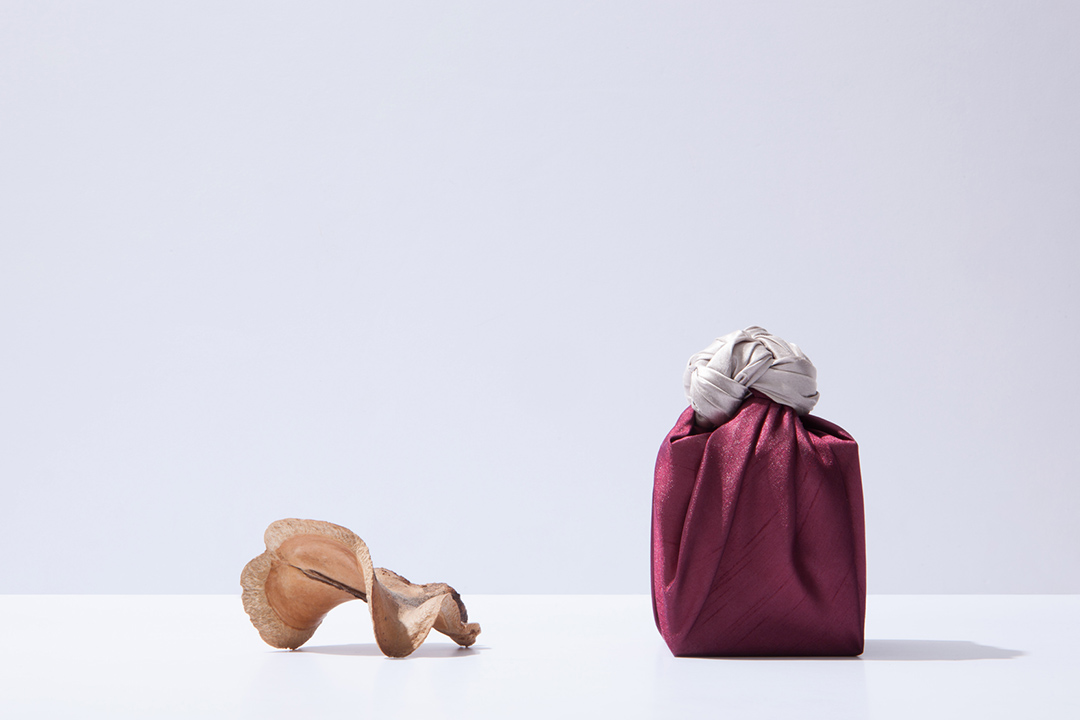 Bojagi may not have been the main item, but it has always been a part of special occasions in Korea. To this day, we use bojagi to wrap wedding presents or special gifts on holidays. It adds class and elegance to your gifts. And Hohodang believes bojagi can help enrich your life in its own modest ways. Whether it's a bottle of wine, a photo book or a watch, bojagi can embrace them all. And you can wrap your heart inside it, too.