Why Art Lovers Go To Busan
The city of films, Busan, is turning into the one of art. Various museums are opening in the city, along with art fairs, adding one more to the list of attractions that Busan has other than films and the sea.
The Museum of Contemporary Art Busan (MoCA Busan) opened in June 2018. Over 130,000 people visited the museum in the first month. The international art fair “Art Busan 2018,” which kicked off in April, attracted over 60,000 visitors, the most since the fair was first launched in 2012. Busan is now without doubt the hottest city in Korea when it comes to art. Behind this transformation is the extensive cultural infrastructure that has supported international events such as the Busan International Film Festival, as well as an active involvement by local artists who have experience in holding festivals such as the Busan Biennale and Art Busan. More places of attraction are also opening up. “The recent openings of Space Lee Ufan and the MoCA Busan have acted as a crucial turning point for Busan to step up as an art city. The continued expansion of Art Busan every year has helped the city to create the festive atmosphere where art is celebrated amid growing interest from overseas. Besides Art Busan, the scheduled launch of art fairs, small and big, including the hotel art fair, along with the active participation of BAMA (Busan Annual Market of Art), is expected to boost the art market,” said Joo Min-young, director of Johyun Gallery. It’s not just locals who would visit these art fairs and museums. It’s also one of the things to do on a trip-going to exhibitions or meeting new artists. Here are the rundown on art spots in Busan, the newly-born city of art.

1The Museum of Contemporary Art Busan 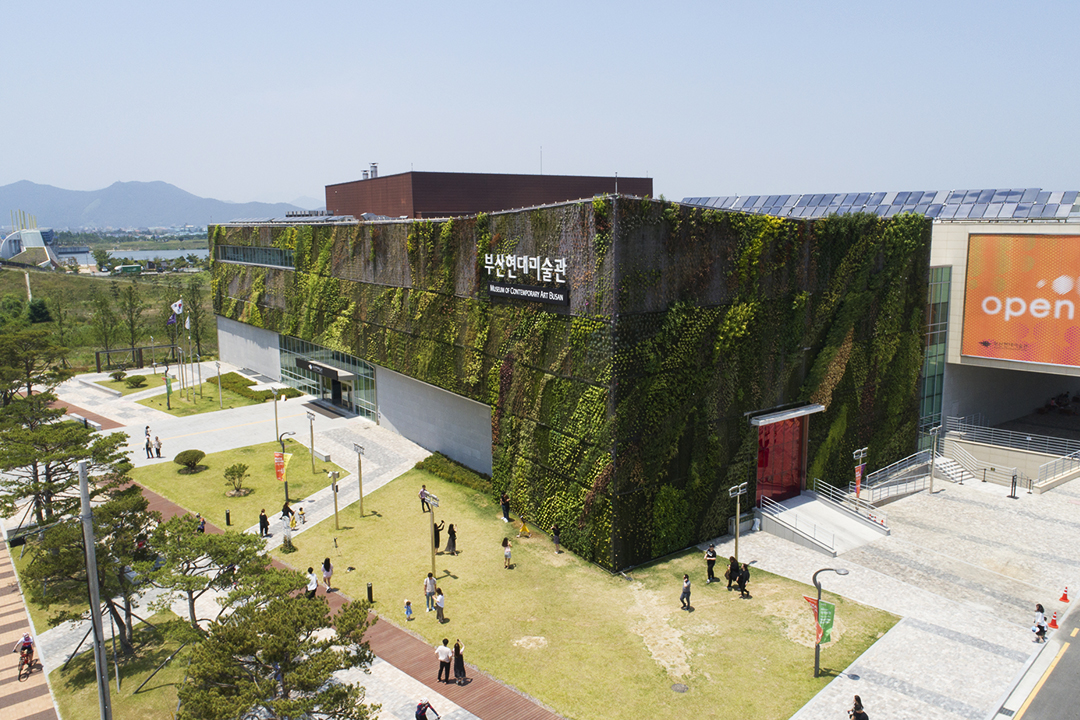 The Museum of Contemporary Art Busan stands on Eulsukdo, an island that was once used as a landfill and now more familiar to birds than men as a bird sanctuary. It is an art museum with walls covered plants. The MoCA Busan’s exterior is a permanent display by French botanist Patrick Blanc titled “Vertical Garden”. The artist incorporated some 175 species of plants that are native to Korea including Chloranthus glaber and Asian lizard’s tail to decorate the building’s exterior in an effort to make the space fit in with the background of Eulsukdo. 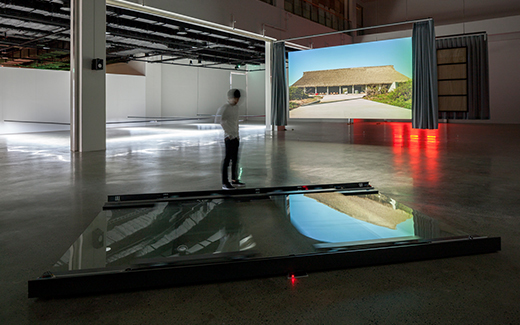 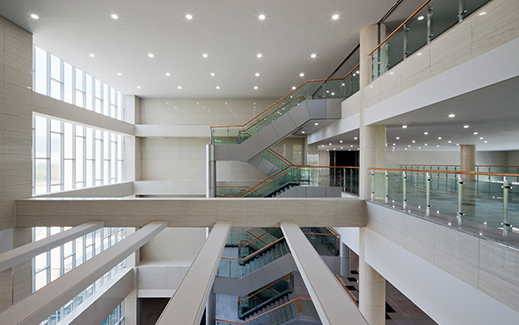 Inside Museum of Contemporary Art Busan 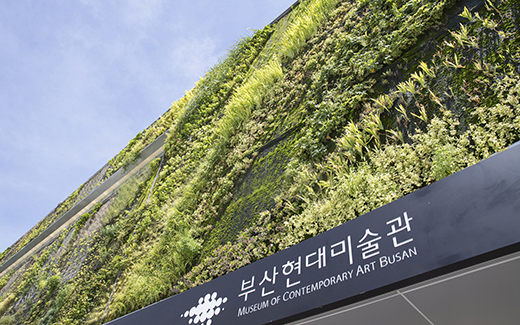 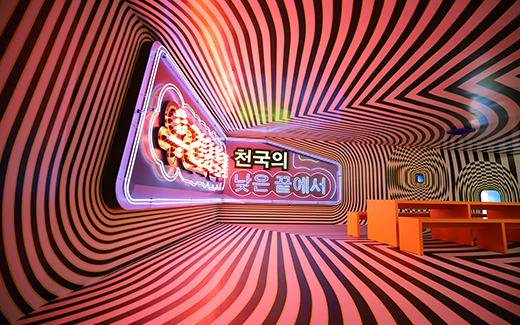 MoCA Busan presents exhibitions embracing the themes of nature, media and man, reflecting the unique characteristics of the location. In March, the museum will hold “Human Mind” which is an exhibition of media installation pieces exploring the identity of man with a focus on keyword “mind”. The large-scale installation by Tobias Rehberger on the first floor of the museum is a permanent exhibit. The island of Eulsukdo is designated as Korea’s National Monument No.179. Seeing exhibitions at MoCA and a tour of Nakdonggang Bird Sanctuary and Eulsukdo Ecological Park will make a fulfilling day trip.
Information: Museum of Contemporary Art Busan 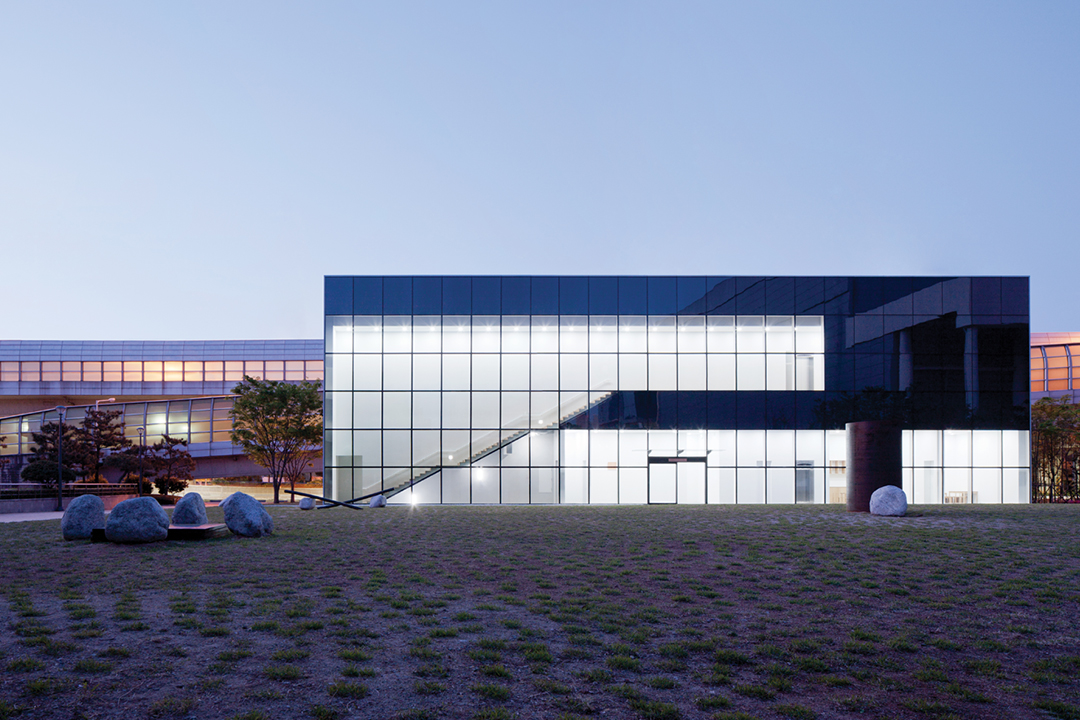 Dots, lines and blank spaces are the signature of artist Lee Ufan. There are only two museums in the world that use his name for their galleries. One is in Naoshima Island, Japan, and the other one is in Busan, where he spent his childhood. Space Lee Ufan, opened in 2015 as his personal art gallery and an annex to Busan Museum of Art, is not as well known as expected for its uniqueness. What makes this gallery special is the fact that the artist himself chose the location and participated in the entire process of architectural planning, exhibit room design and construction. 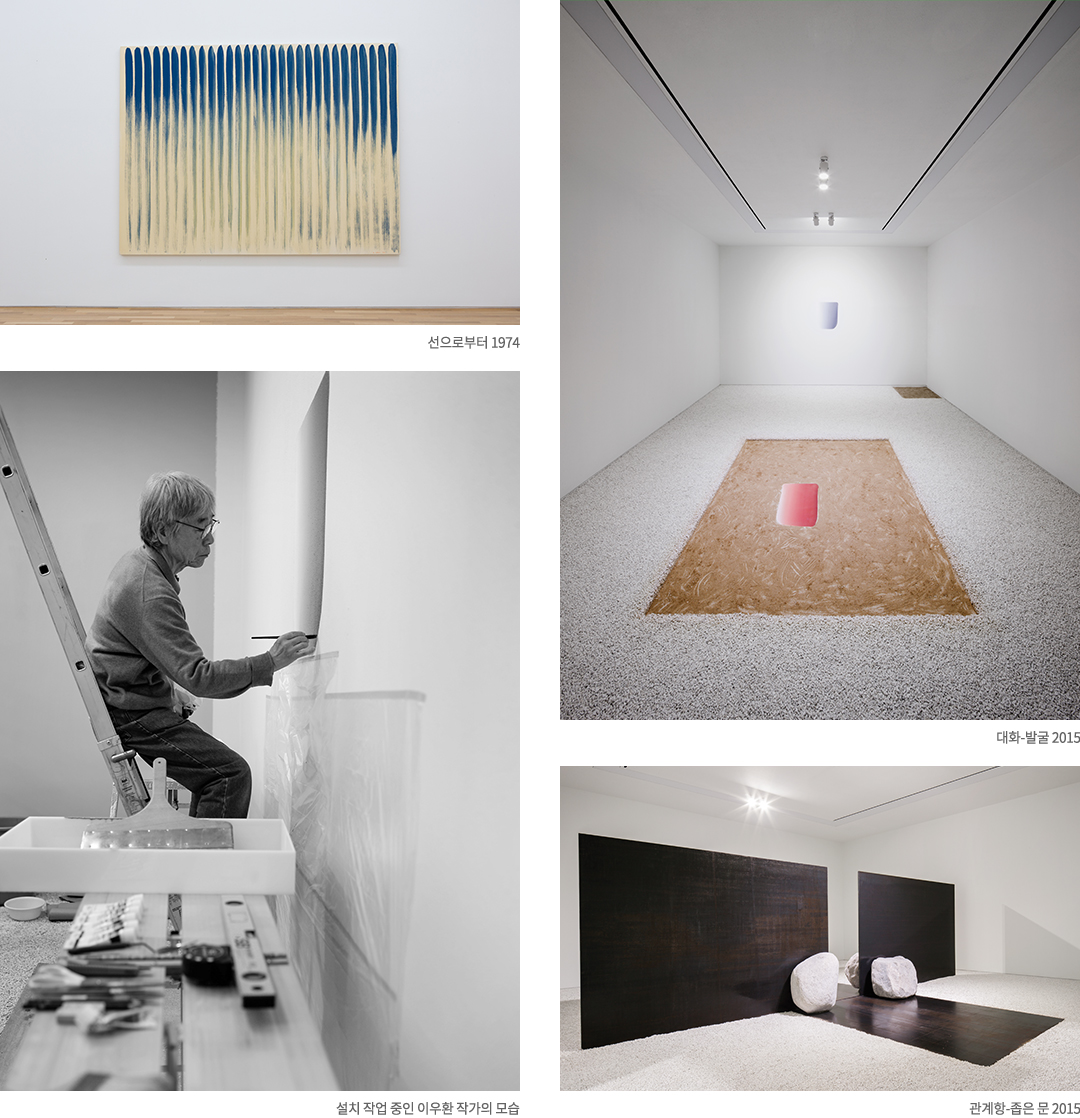 The exhibition hall of Space Lee Ufan consists of inside, outside, first and second floor. The inside is again divided into several rooms, with each one standing as an independent stage or artwork itself. Here, one can meet some 20 artworks of Lee, including “From Point,” “From Line,” “Cut Up” and “Dialogue” dating from the 1960s to 2015. It is a rare chance to have a glimpse of the art world of Lee Ufan, who freely crosses the border between painting and installation art.
Information: Space Lee Ufan 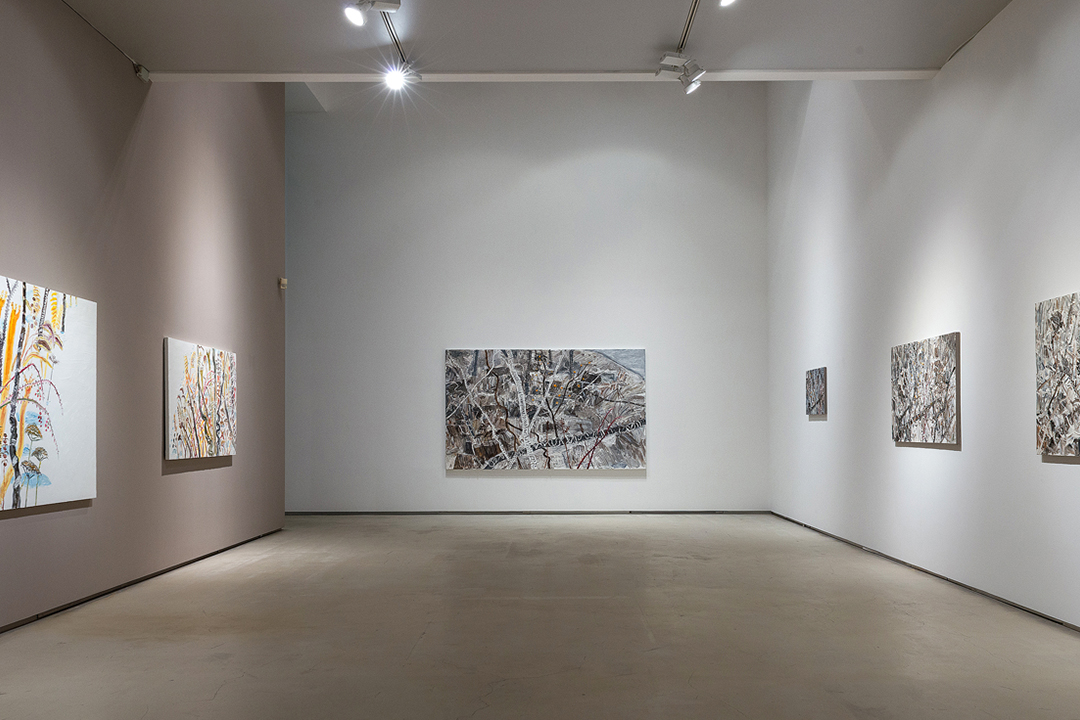 Johyun Gallery is one of the leading galleries in Busan. Launched under the name of “Gallery World” in 1990, it moved to the current location of Dalmaji Hill in Haeundae, Busan, in 2007. Overlooking the ocean from its windows, Johyun Gallery has introduced works by Korea’s top artists in contemporary abstract painting, such as Yun Hyong-keun, Chung Chang-sup, and Lee Kang-so since the 1990s. Through half a dozen exhibitions every year, the gallery showcases contemporary art using various media in the fields of painting, photography, sculpture, and installation. The art hall also offers an opportunity to enjoy a little bit of relaxation while appreciating art at Cafe VAN, which is connected to the building, with artworks on display across the space. 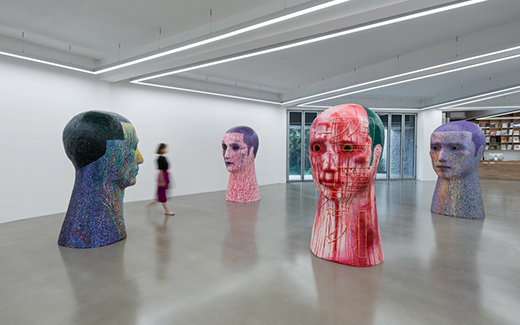 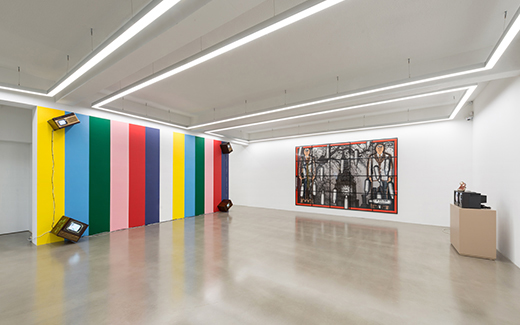 Inside the gallery with Nam June Paik's works, 2017 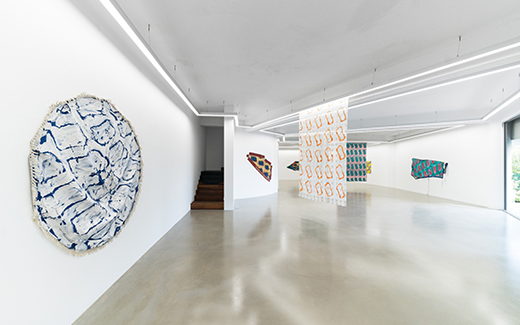 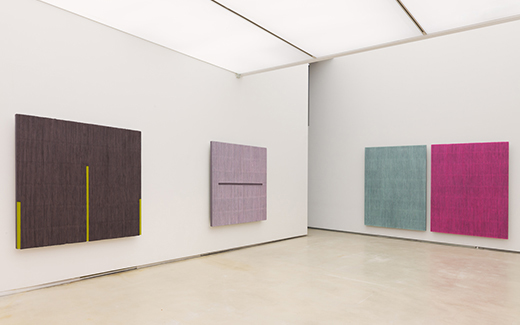 Currently, Johyun Gallery is preparing for the next step to contribute to Busan’s transformation into an art city. An art museum operated by the gallery will open in Gijang, Busan. Japanese architect Kengo Kuma took charge of the building design. “The new art museum, which will rely heavily on natural elements for its design, will house permanent exhibits by leading artists including Chung Chang-sup and Yun Hyong-keun and feature Nam June Paik’s video art that has not been introduced to Korea, as well as a massive archival exhibit of renowned artist Kim Jong-hak, in order to provide its audience with the vital context with which to understand Korea’s Contemporary Art trend,” said gallery director Joo Min-young. It’s now time to keep an eye on Johyun Gallery bringing these significant changes to the art scene of Busan.
Information: Johyun Gallery 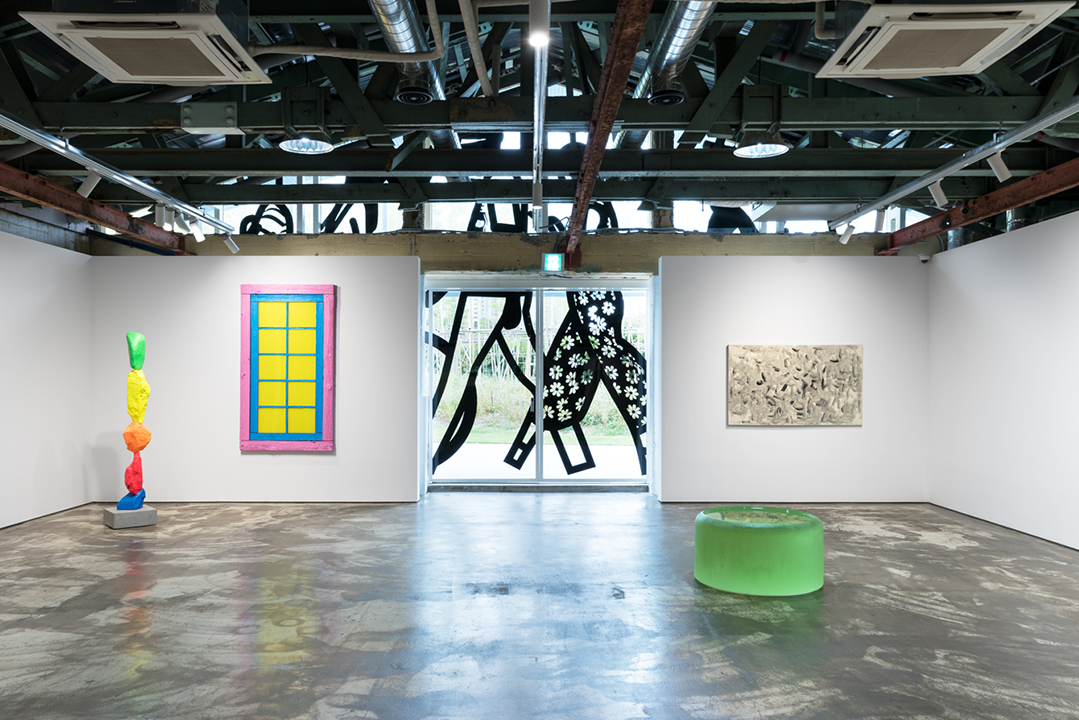 Seoul-based Kukje Gallery opened its first branch in Busan last August. Kukje Gallery Busan sits in F1963, a cultural complex which used to be a wire factory for Kiswire Company in the 1960s. The old factory became a spot for the special exhibition during the 2014 Busan Biennale and was finally reinvented as a cultural complex equipped with cafes, bookstores and restaurants in 2016. 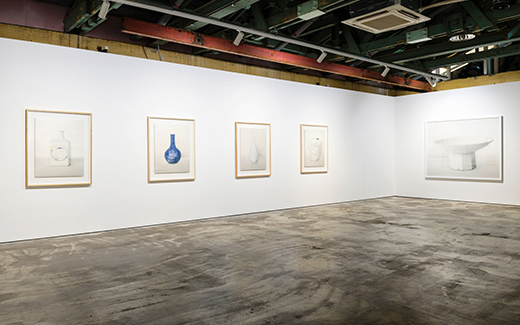 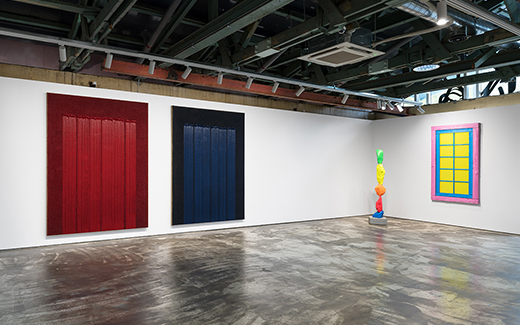 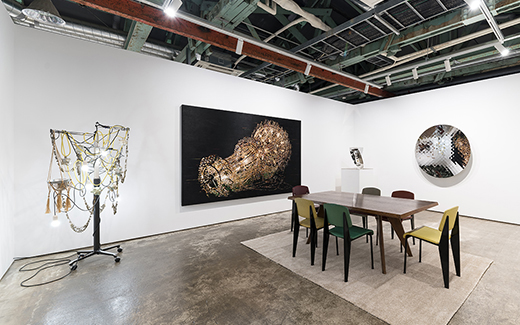 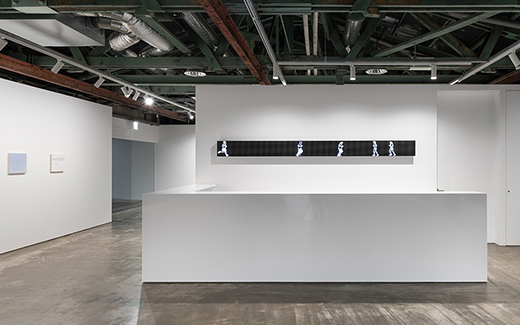 Kukje Gallery, known to showcase works of internationally acclaimed contemporary artists in the areas of painting, sculpture, photography and video art, will continue its stride in Busan. For its inauguration show, the Busan gallery introduced works by Korean and international artists such as Anish Kapoor, Roni Horn, Candida Höfer, Lee Ufan, Park Seo-bo, Ham Kyungah, and Haegue Yang. In February last year, the gallery held a solo exhibition by photographer Koo Bohnchang, who is famous for his Baekja series.
Information: Kukje Gallery