Block Castle for Children
Denmark is home to Billund, best known as the birthplace of LEGO. LEGO has opened LEGO House, a new company headquarters and exhibition hall for the public. It's the one-stop destination for everything about LEGO.
Machines can produce 36,000 LEGO pieces per minute. Since 1949, more than 400 billion pieces have been made. And if you connect them all, you can travel from Earth to the moon and back five times. Across the world, seven LEGO sets are sold every second. LEGO was founded by the Danish carpenter Ole Kirk Christiansen in Billund in 1932, and for 86 years, LEGO has been children's best friend. LEGO's name comes from the Danish words 'leg godt,' or 'play well.' LEGO blocks took their current form when Godtfred Kirk Christiansen,the founder's son, took over as new CEO. He developed the locking ability system to make the blocks bond better. And LEGO blocks became those magical toys that could build anything 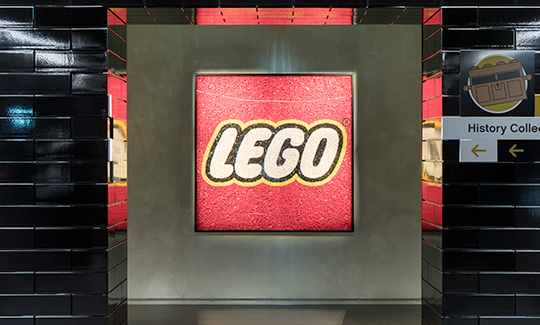 LEGO's name comes from
the Danish words
'leg godt,' or 'play well'
The World's Biggest LEGO House
In September 2017, more magic happened in Billund, home of LEGO. LEGO House, the new headquarters for LEGO, was finally unveiled. It stands on land formerly occupied by old Billund City Hall, and the construction was finished after four years. It's also the world's largest exhibition and experience hall for LEGO.

LEGO House Viewed from Above

The building is 12,000㎡ large and 23 meters tall, making it the tallest structure in Billund. It's made to look like 21 LEGO bricks stacked on top of one another. The color may seem to be white, but from atop, it's quite a colorful structure. The building is topped by a 2x4 LEGO block keystone. 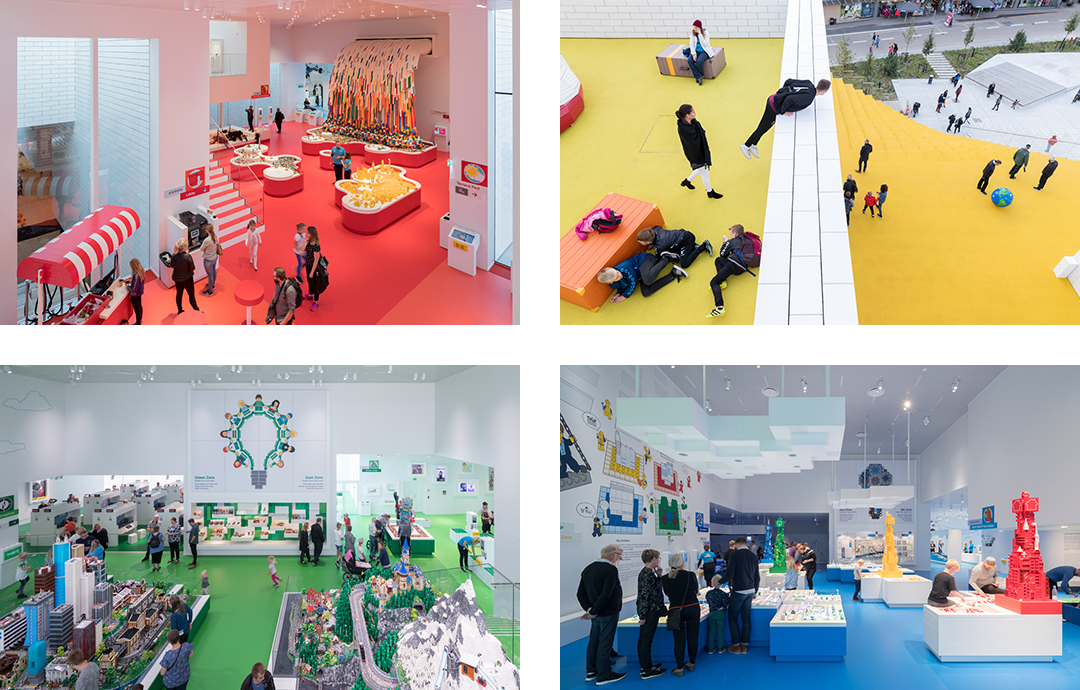 Inside, the LEGO House is designed like a city -- that is, a city for children. There are Green, Red, Blue and Yellow Zones. Each section is for social skills, creative skills, cognitive skills and emotional skills, and is filled with LEGO models and play space. There are 25 million LEGO blocks inside. LEGO employs brick separators just to get blocks apart. 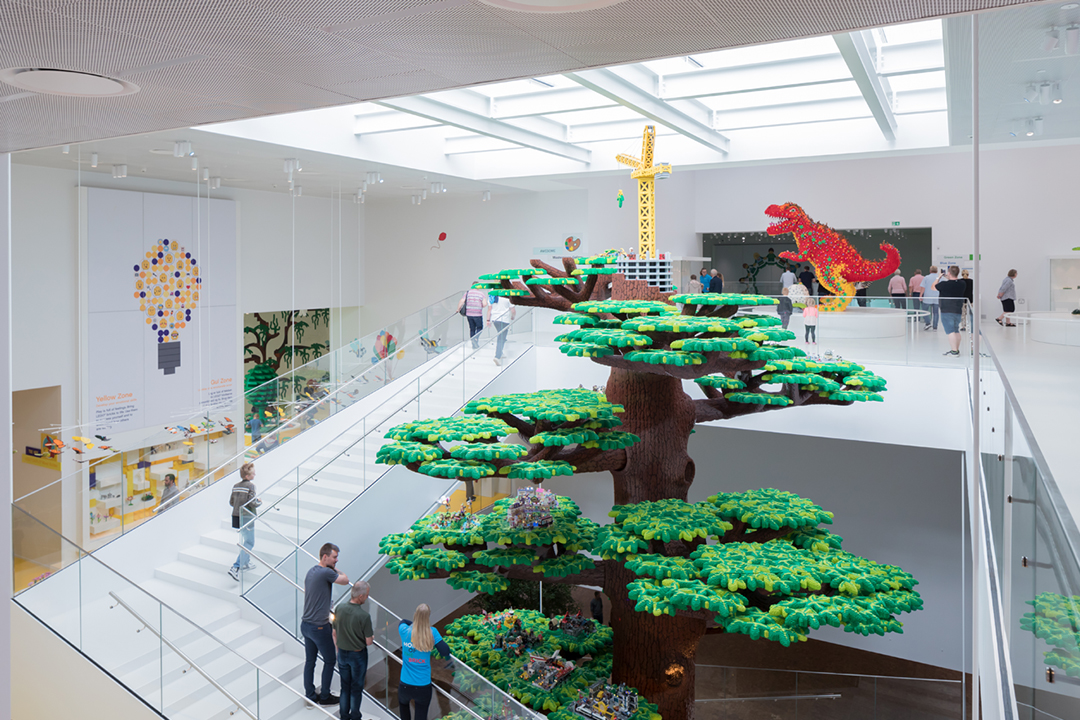 The biggest attraction inside LEGO House is clearly the Tree of Creativity at the central staircase. Standing three stories tall, the tree was made with 6,316,611 LEGO bricks and took 24,350 hours. Upon each leaf stand small villages of various shapes. The crane at the top suggests the tree is still under construction. 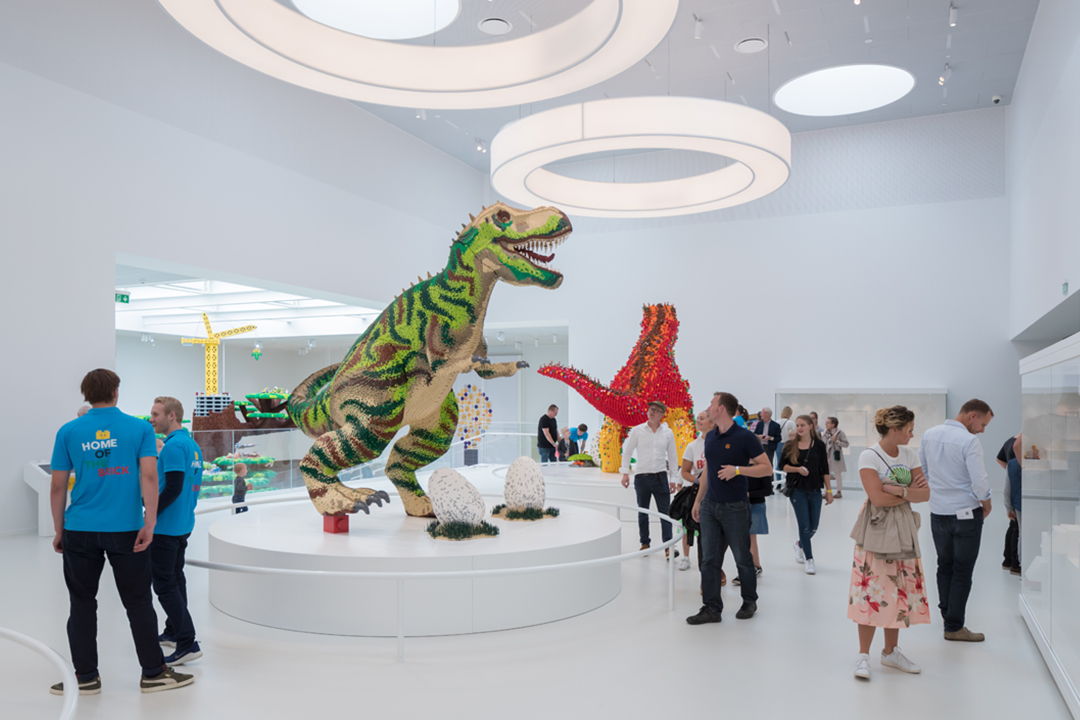 The Masterpiece Gallery exhibits dinosaurs built in LEGO bricks and other pieces made by LEGO users all over the world. The History Collection showcases wooden duck toys built by the founder, Ole Kirk Christiansen, in 1932, along with early LEGO pieces and mini figures. LEGO's history is told through video and models. The admission for both adults and children is 199 Danish krone(or 35,000 won), while those under two can get in for free. You can purchase tickets at the door, or book in advance at www.LEGOhouse.com. The business hours are usually from 9:30 a.m. to 8:30 p.m., but be sure to check for any seasonal changes.

Night and Day at LEGO House

Star Architect Behind LEGO House
BIG Bjarke Ingels Group, a Danish architectural firm, designed LEGO House. Bjarke Ingels, one of the world's busiest architects, is head of the firm. Ingels was awarded the Golden Lion at the 2004 Venice Biennale of Architecture and received the Danish Crown Prince Couple's Culture Prize in 2011. He has also been selected as one of the world's 100 most influential people by <Time> magazine. He's the face of Danish architecture. Ingels has never been afraid to show his avant-garde and dynamic side with his projects, and it seemed like a natural step for him to take on LEGO House. Bjarke Ingels' connection with LEGO dates back to his childhood. His mother used to tease him, 'How on earth were you born exactly like a LEGO doll?' And like other Danish kids, Ingels loved LEGO. And starting at a young age, he aspired to design a building for LEGO. And Kjeld Kirk Kristiansen, the grandson of LEGO's founder, gave Ingels a chance to realize his dream. Kristiansen felt Ingels was the perfect man to turn Billund into a children's capital of the world and make LEGO House a symbol of that city. And he spared no effort to help the architect with the project. 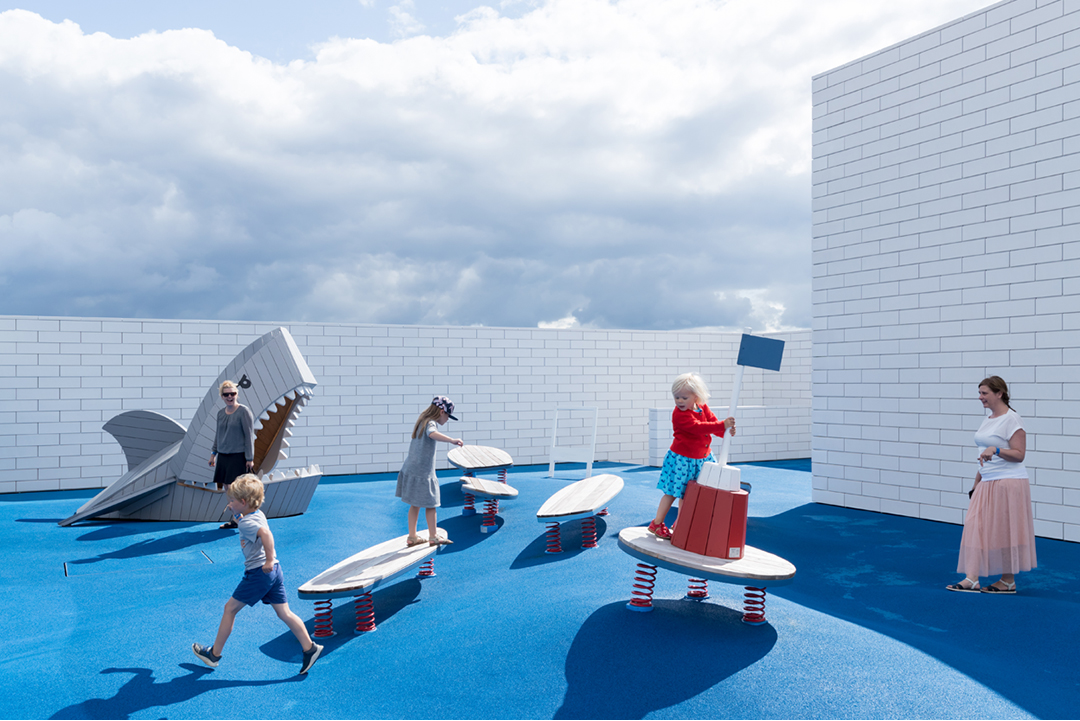 Block Castle Inspired by Mont Saint-Miche
Ingels drew his inspiration from the French monastery Mont Saint-Michel. He wanted to stack LEGO bricks like a castle so people could walk on top of them. He wanted a fascinating and even sacred structure. The LEGO House that Ingels had envisioned was something that just screamed LEGO and a building that was easily accessible. Kjeld Kirk Kristiansen also wanted LEGO House to play a role in the local community as a public building. While the experience hall charges visitors, the indoor square on the first floor lobby and the rooftop playground are open to public for free. 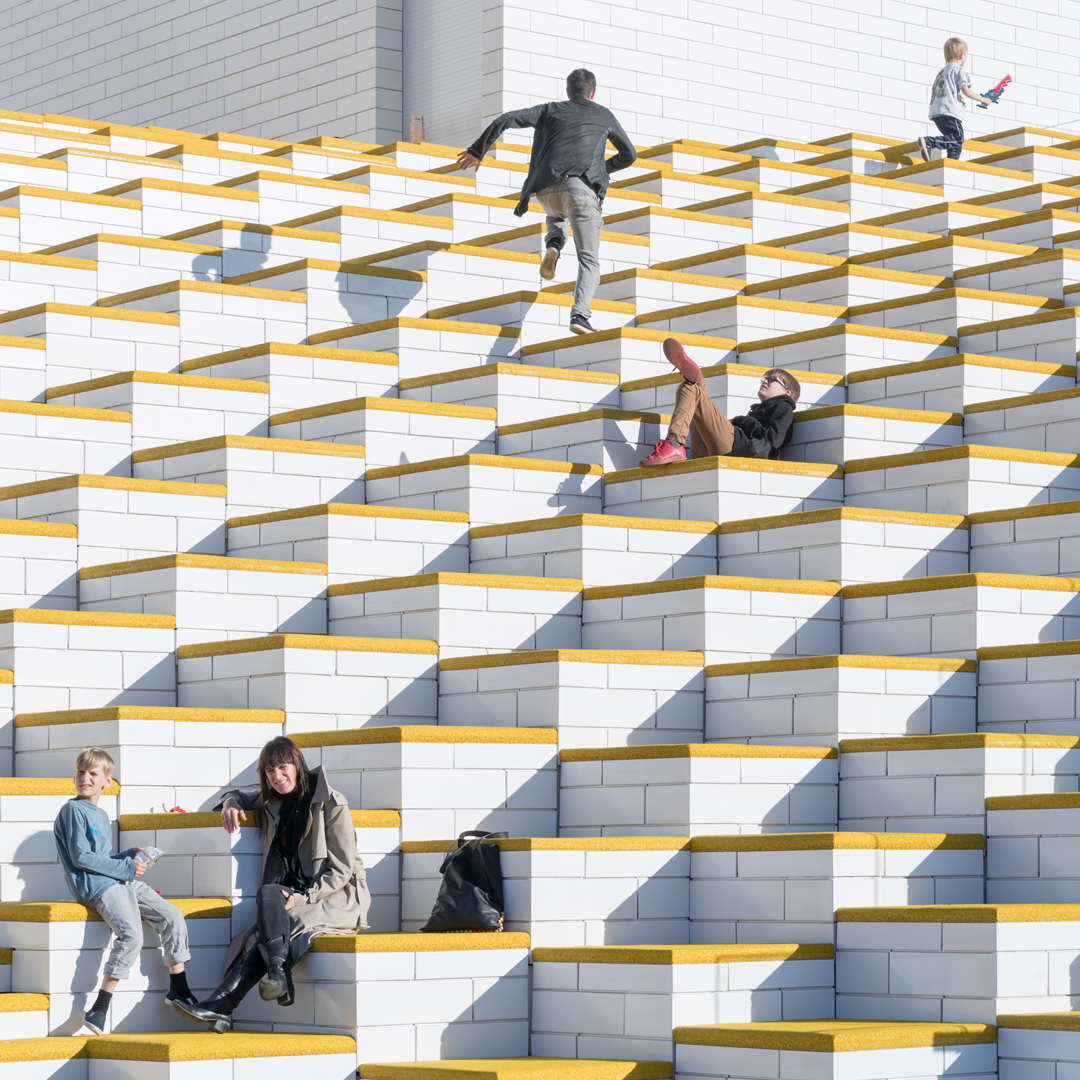 LEGO bricks allow children to let their imagination run wild. And though LEGO has been around for more than 80 years, people, young or old, still love their LEGO. Putting together hundreds and thousands of 2x4 bricks has long allowed us to create our own small worlds. Now inside this gorgeous LEGO House, those same bricks are waiting to be picked up.