Gifts from Vladivostok
Vladivostok is on the rise. It's geographically close from Korea but it's quite exotic. You can also grab a ton of quality food at affordable prices. And the city offers you a wide range of options on souvenirs to take back home.
Vladivostok started appearing in TV traveling programs last year. And this year, it has established itself as the go-to destination. In just a couple of hours of flight, you can enjoy exotic sceneries and get great bang for the buck on delicious food. And how about those gifts? From Russia, people often bring back chaga mushroom grown in birches, caviar, amber, chapka and matryoshak doll. In Vladivostok, you can pick up more exotic gifts at bargain.
Grandma Agafia's Recipe
The Trans-Siberian Railway, which reaches Moscow more than 9,000 kilometers away, starts in Vladivostok. Vladivostok Station was the very first station to open in 1893. When people hear the word Siberia, they'll associate it with snow and ice. But except during winter, Siberia is covered in flowers. Grandma Agafia's Recipe is a natural cosmetics brand that uses clean Siberian plants and honey and mixes them using the traditional method. Shampoos, soaps and hair masks are particularly popular. There are no English signs or explanations on the cases. Take a picture of the Russian word for shampoo, '(шампунь)'. You can find this brand at Vladivostok Gum near Central Square or Clover House Shopping Center near Arbat. 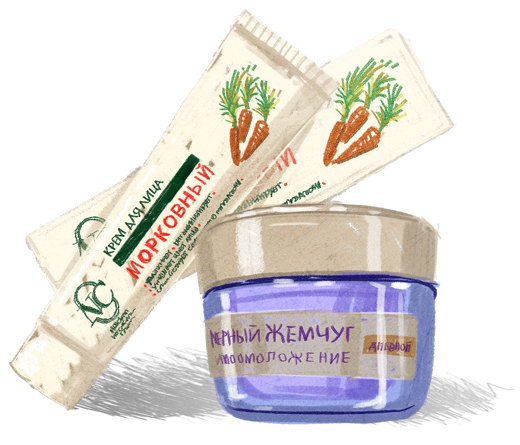 Neva Face Cream & Chernij Zhemchung Black Pearl Cream
Neva's face cream and Chernij Zhemchung's black pearl cream are better known as 'carrot cream' and 'pearl cream.' Neva is one of Russia's top cosmetics brands. Carrot cream is the most famous for its moisturizing effects, but other products are equally as great. We recommend everything from face cream to hand cream to foot cream. Chernij Zhemchung's black pearl cream is available for different age groups, with the numbers 26+, 36+, 46+ and 56+ on the products' names. The lower the number, the drier it is. There are Russian letters below the numbers. If the background is black, it's night cream. But if the background is white, you're looking at day cream. Russian cosmetics can be easily purchased at supermarkets or at Chudodey (which is similar to Olive Young in Korea). 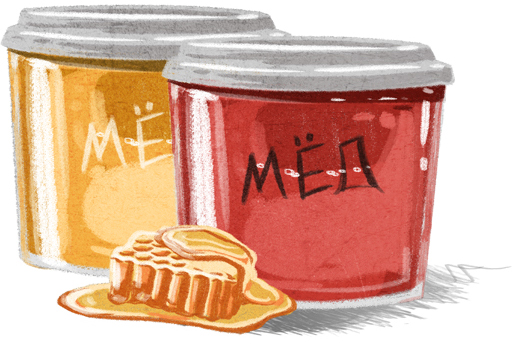 Honey
Siberia and Altai are major global producers of honey. You can get quality products at a low price, and there are no counterfeits. Any honey from Russia, you can trust. For stomach problems and asthma, we recommend linden tree honey. Chestnut honey has antibacterial properties and can treat inflammation. Propolis honey will strengthen your immunity. Wildflower can help with anti-aging. Honey containing an entire hive has a lot more nutrients. Honey mixed with blueberry, ginger or pine nut isn't easily found outside Russia. Supermarkets and department stores sell honey, but you can go find equally great honey at a lower price at traditional market places. If you buy honey at one of those markets, your purchase will be in a round, plastic container, which is a lot stronger than it looks. 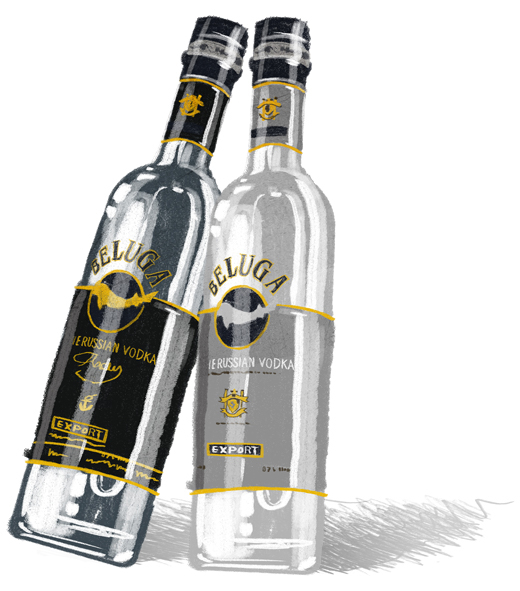 Beluga Vodka
Perhaps nothing says Russia quite like vodka. You might think the Russian vodka is only high in alcohol content and low in quality, and you'd be wrong. At Russian restaurants, you can order vodka in glasses at affordable prices. Most brands are top-notch quality, so you can't go wrong with any choice. Beluga is the high-end, premium vodka that President Vladimir Putin is also known to enjoy. Even if it's not the Gold Line, you won't have to worry about its quality. You can find Beluga at supermarkets, but we also recommend checking out Clover House and other large malls with occasional discount offers. 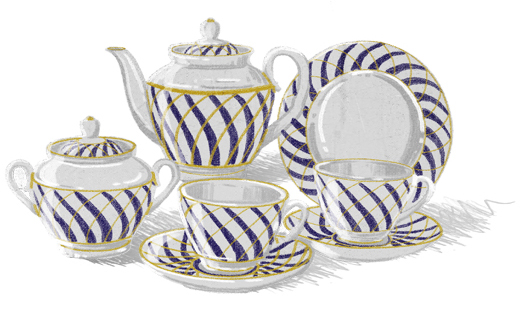 Imperial Porcelain Manufactory (IPM)
The brand took the name 'Lomonosov' at its beginning in 1925 and it brought the old name back in 2005. In the past, the ability to control and manage fire was one of the measuring sticks to determine countries' clout. And steel making and porcelain manufacturing are the ultimate forms of that technique. What we normally called potteries are made at temperatures from 1,000 ℃ to 1,200℃, while porcelains are made between 1,300℃ and 1,800℃. Founded in 1744, Imperial Porcelain Manufactory (IPM), as the name suggests, prides itself on excellent technology. Highlighted by gold band and light weight, IPM's porcelains aren't for everyone in terms of price. But if you really want to give something special to someone special, it's worth a shot. You can find a shop at Izumrud Plaza near the Revolution Square.