For Stylish Literary Souls
Fashion house Gucci has launched a space offering an experience of the culture and arts of Soho as well as its brand philosophy through books in New York City. Gucci’s Wooster Bookstore has over 2,000 books including rare and out-of-print editions and secondhand titles on genres not limited to fashion.
In Soho, Manhattan, you can check out pretty much anything related to fashion and shopping, from unique concept stores and renowned designer boutiques to vintage shops, affordable casual and global SPA brand outlets, and department stores. Italian fashion brand Gucci is located on Wooster Street lined with luxury brand houses, and it opened another charming space right next to its boutique shop last year. The Gucci Wooster Bookstore acts as a new cultural hub designed to provide an experience of Soho’s bohemian spirit in music, films, literature, fashion, and art as well as the designer brand’s creative philosophy. Measuring 930 square meters, the bookstore is attached to the original Gucci store but is also accessible via its own entrance at a separate address of “375 West Broadway.” Of course you can choose to enter the Gucci boutique first as the interiors are connected. 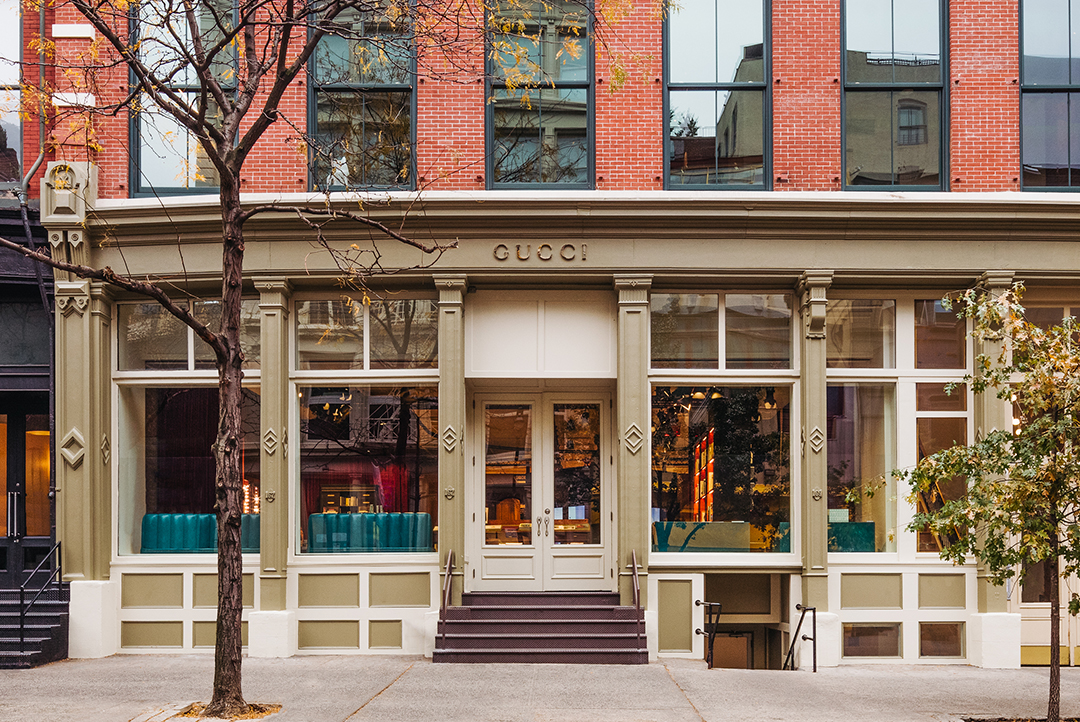 Gucci Wooster Bookstore’s Indie Charms
The Gucci Wooster Bookstore carries selected titles on avant-garde art and photography. Irrelevant to Gucci’s commercial products, the bookstore has over 2,000 volumes of rare, discontinued, and used books from all over the world on display and sale. Topics range from fashion to various genres including lifestyle, interiors, art, architecture, photography, illustration, design, and youth culture.
Along with books, special magazines are also available at the bookstore. “Interview” magazine founded by Andy Warhol in Soho has issued a limited edition commemorating the launch of the Gucci Wooster Bookstore. It is a revised reprint of the December 1985 issue featuring Madonna on the cover in a design by Richard Bernstein, and can be purchased at the Wooster bookstore.
Behind the authentic selection of publications at Gucci’s bookstore is David Strettell, founder of Dashwood Books. Opened on Bond Street in 2005, Dashwood Books is a small yet influential indie bookstore. It is famed for being frequented by artists thanks to its shelves filled with books handpicked by Strettell who was the former director of Magnum Photos. The Gucci Wooster Bookstore still has the Gucci vibe. The bookstore has a librarian and Book Worms, who are assistants with expertise on books hired to help customers. 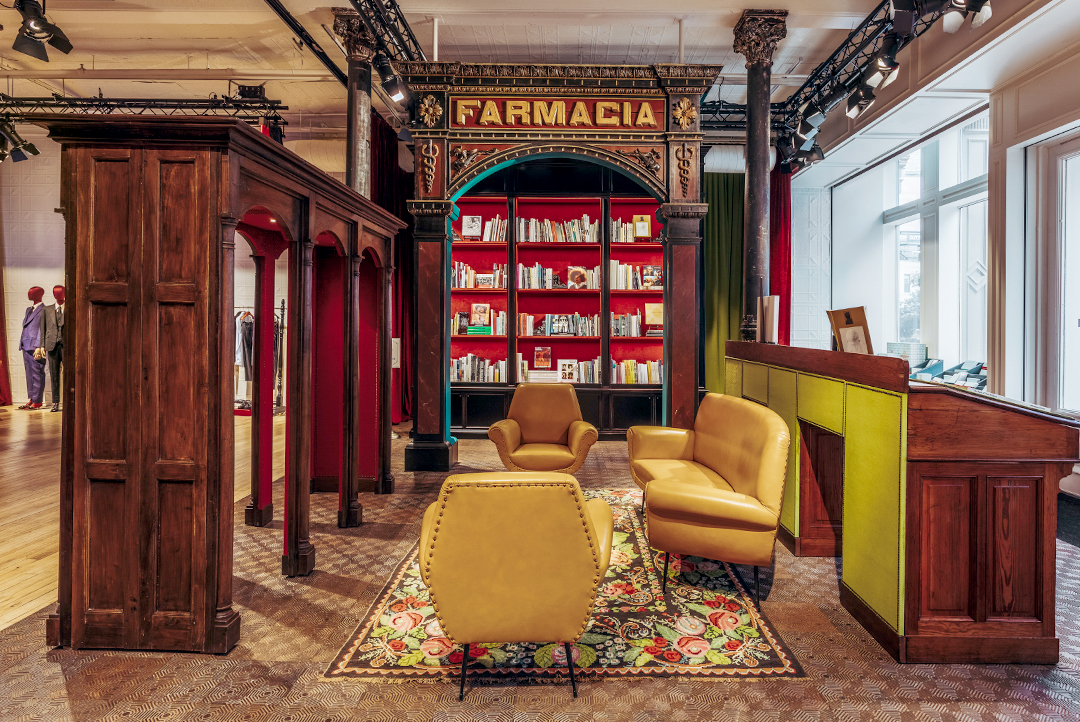 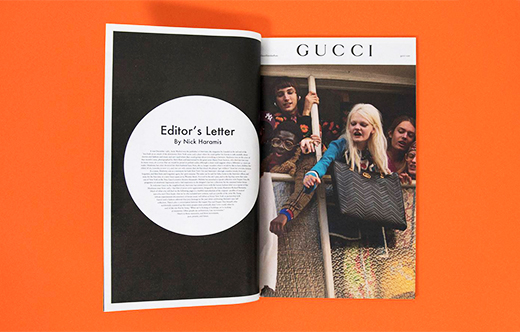 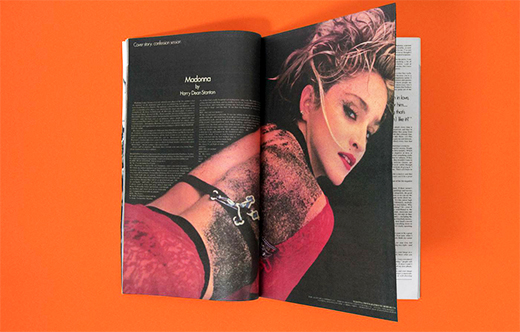 Why Did Gucci Open a Bookstore?
A bookstore is not for just selling books, but rather where a personal taste and culture meet. Many artists and designers get inspiration from books. Although it is currently a mecca for fashion and shopping, Soho was originally a neighborhood in Lower Manhattan where financially unstable artists chose to live for its low rents. After a plan to build a highway was called off in the 1960s, Soho was left with a large number of empty factory buildings in the 1970s and 80s. Artists began turning these inexpensive buildings into lofts for both work and living purposes. Such a move has led to the increasing number of galleries, bookstores, and restaurants in the streets of Soho. The transformation of Soho into a hub for arts and culture resulted in the influx of capital. Gentrification naturally followed. Real estate prices soared to record highs, and the artists who couldn’t pay the rents had to leave the neighborhood for the outskirts of the city. Brooklyn has replaced Soho, since then. The art-loving spirit of Soho, once home to iconic artists such as Jean Michel Basquiat, Andy Warhol, and Keith Haring, is still intact. The Gucci Wooster Bookstore is where the artistic sensibility of the 1970s and 80s lives on. 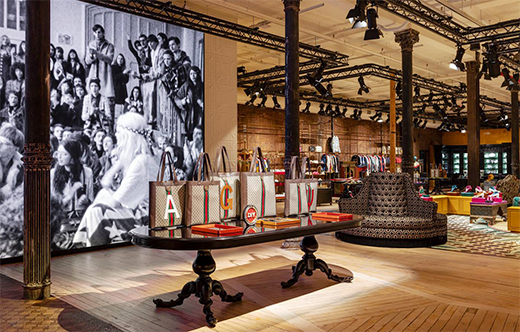 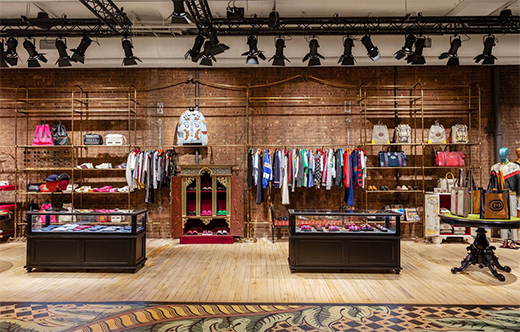 Soho’s Past, Present & Future in One Place
The Wooster bookstore is housed in a 155-year-old building once used for manufacturing pencils. Although the exterior of the building still retains the same old charm of a factory, the interior gives off Gucci’s classy, high-end impression thanks to a large lectern-style reading table and pieces of antique furniture and bookshelves, as if to recreate the ambience of a historic European library. Also striking is the combination of cutting-edge technology and a historic building. The Screening Room, adjoining the bookstore, is equipped for 3D movie screening. Collaborating with SoHo Memory Project, whose mission is to celebrate and preserve the history of Soho, Gucci plans to screen documentaries highlighting Soho’s heritage from the 1970s and 80s, in the coming months. 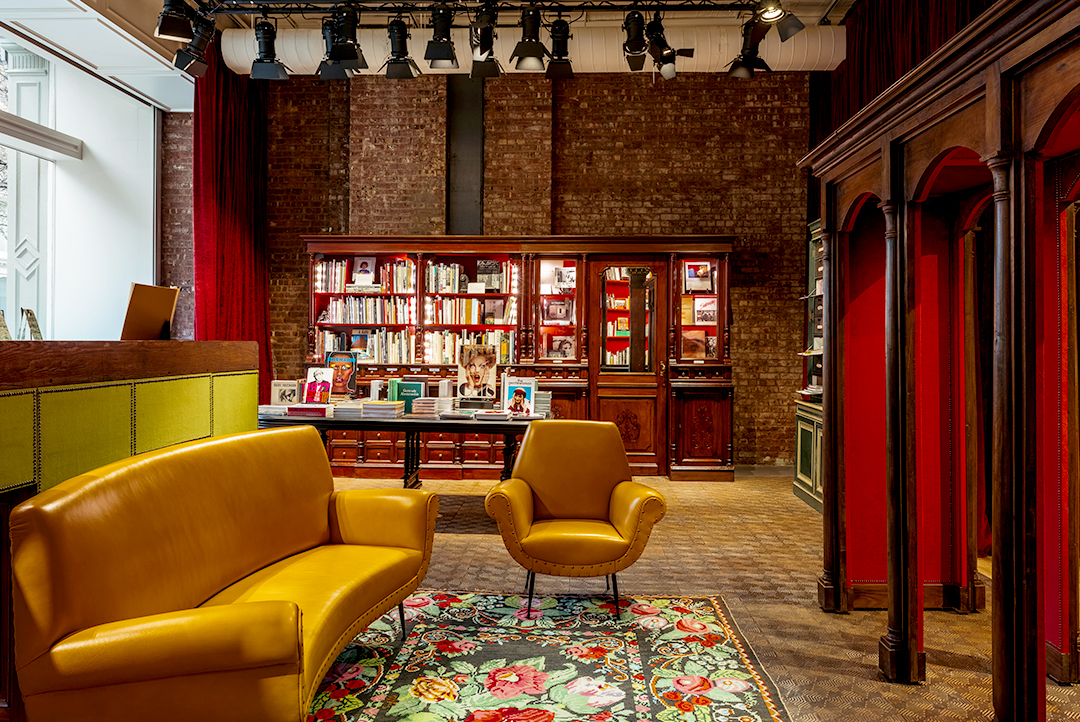 Gucci’s bookstore launching is monumental in many senses. The Italian fashion house has boldly hired Tom Ford and Alessandro Michele as its creative director when they were still new in the fashion industry. Gucci has successfully averted the crisis of luxury brands with the effort to bring in talented young designers and continue to present unprecedented designs. Instead of staying put as one of the traditional luxury brands, Gucci strove to remain relevant and communicate with younger generations. As a result, it is still a hip brand coveted by millennials and loved by celebrities such as K-pop idol group BTS. It’s not difficult to name luxury fashion brands that once rivaled Gucci but have since lost their standing due to the failure to adapt to the changing times. Rather than simply selling expensive clothes and handbags, Gucci chose to create its own culture and change the trend. That’s what has made the current Gucci. And that’s why a random bookstore opening by the fashion brand feels significant.